The flights were carried out under Operation Inherent Resolve, which is the U.S. military operation for the military intervention against the Islamic State of Iraq and the Levant (ISIL)

Rear Admiral Bret Batchelder, commander, Carrier Strike Group (CSG) 8, said: “Warfighting is the priority; that’s why we are here. Dual carrier operations with the French allow us to maximize our firepower and provide a unique opportunity to further progress against ISIL.”

Captain Fredrick Luchtman, commander, CVW 7 added: “We complement each other in that while one carrier is able to fly sorties in country to support OIR, the other carrier can conduct maintenance and prepare for the next day. The carriers can then swap, which allows us to put more sorties in country while we partner in this operation.”

Blackstone said:
I'm surprised Russia said it will consider a new Syrian government without Assad. Wonder what changed, too much American pressure?
Click to expand...

The Russian point (and by extension also Chinese and Iranian probably) was NEVER to make Assad a president for life. In this 21st centry nobody with a clear conscious would think of it. And I believe Mr. Assad as a western educated Doctor who had no political ambition before the death of his elder brother Bassel, would not want that either.

The point was always that the future of Syria and its president should be choosen by Syrian people, be it Mr. Assad or somebody else. The west and Saudi camp has always from the start wanted a new political landscape EXCLUDING Mr. Assad and his party and the people he represent or prefer his rule, that is about half of the population (Alawite, Christian and Kurds). That is not going to happen, as the west and Saudi has pushed the civil war to this far and bloody, there is no way back, these populations are fighting for survival.

As a matter of fact, Mr. Assad will step down sooner or later according to the law (not imposed by foreigners), but not under threat from abroad.

I think one should not interpret things to ones liking but to take the words for their principles. To me, that has never changed. We should especially be careful with the words from these main-stream western or Gulf medias for they have been spinning around all these years.

And to my knowledge the pressure from some country is not impressive at all lately. We all know the red line on sand well.

taxiya said:
... ...
I think one should not interpret things to ones liking but to take the words for their principles. To me, that has never changed. We should especially be careful with the words from these main-stream western or Gulf medias for they have been spinning around all these years.

And to my knowledge the pressure from some country is not impressive at all lately. We all know the red line on sand well.
Click to expand...

Winter has come to Aleppo; it's snowing, today!

now the actions may be focused on cutting off the supply line instead of taking land. It would be great to block the supply route and wait for a few months. UAV would do a great job for that.

the video purports to show Rebels' Artillery today in the 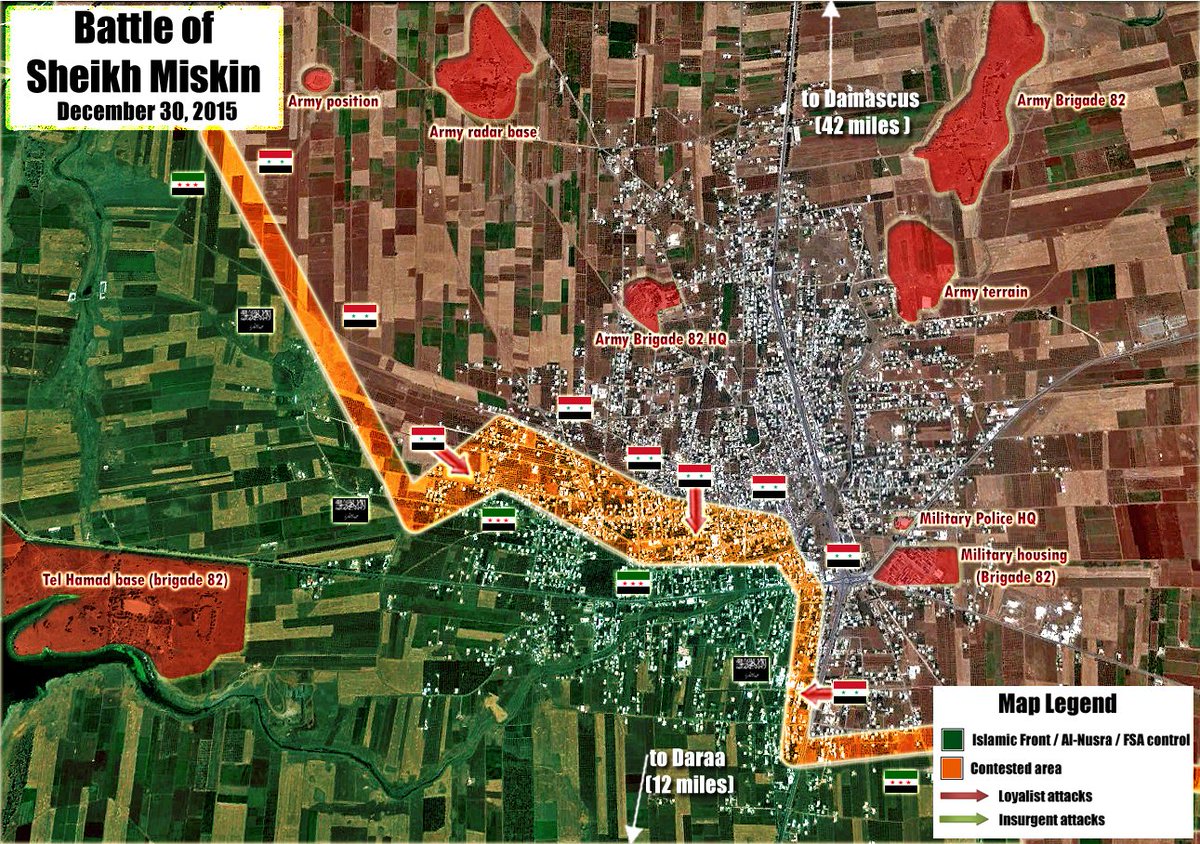 ​
EDIT
and now I found recent pro-Government video from down there:

according to
Военный Советник
at Twitter, the Government took over 500 square kilometers in Aleppo area during last three month: 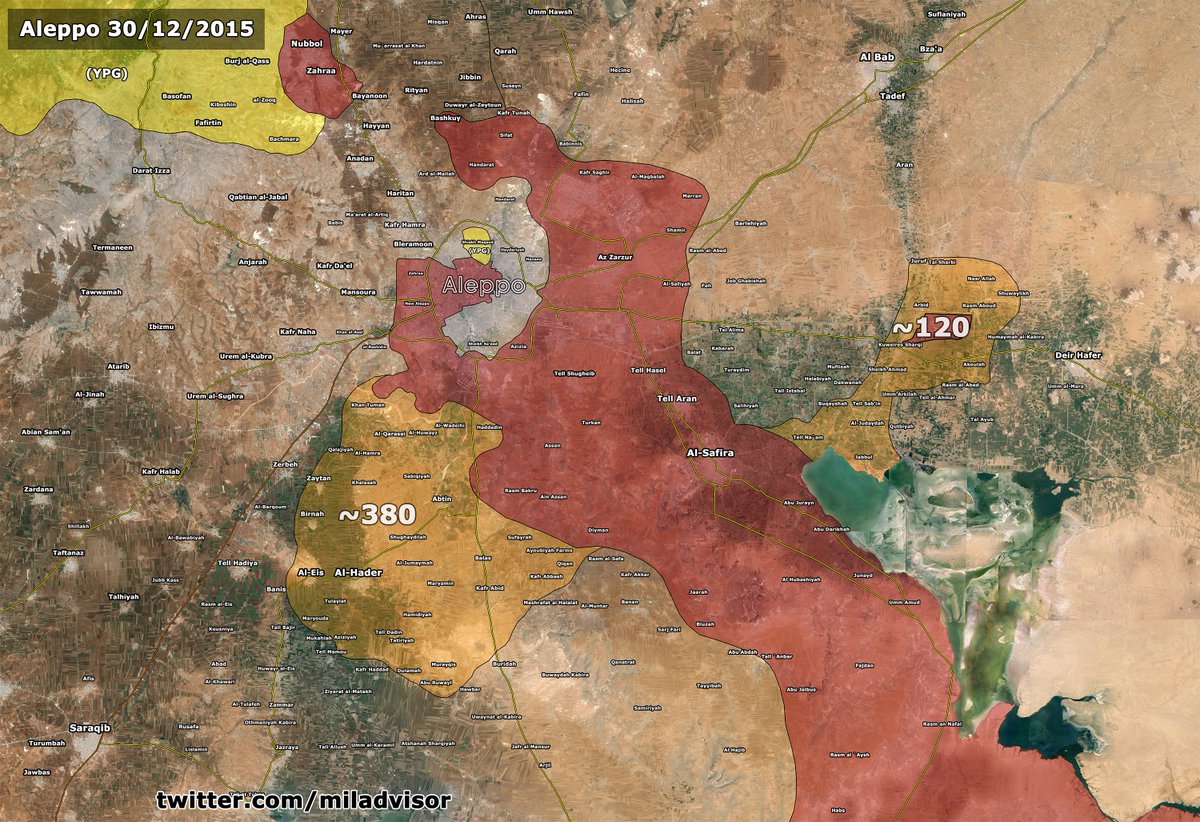 And, it's come to Latakia, too!

Syrian Army uses the weather to advance in northern Latakia

The Syrian Arab Army’s 103rd Brigade of the Republican Guard has captured over 70 sites in just 3 months inside the Latakia Governorate’s northern countryside, while their adversaries from Jabhat Al-Nusra (Syrian Al-Qaeda group) and the Free Syrian Army’s “1st Coastal Brigades” struggle to hold onto the mountains along the Turkish border they once considered impregnable.

As if things couldn’t get worse for the aforementioned Islamist rebels, the frigid Latakia winter has just started, making their movements around the steep mountains of Jabal Al-Akrad (Kurdish Mountains) and Jabal Al-Turkmen (Turkmen Mountains) extremely difficult.

While they were able to use the weather to their advantage in the past, Jabhat Al-Nusra and the Free Syrian Army no longer have this luxury, as they find themselves being relentlessly pounded by the Russian Air Force’s fighter jets and helicopter gunships.

The Russian Air Force has made it so difficult for reinforcements from Turkey to flow into Jabal Al-Turkmen and Jabal Al-Akrad that they have been forced to find an alternative route in order to evade their reconnaissance aircraft.

Now, the Syrian Arab Army’s 103rd Brigade and their allies have the full advantage – the constant hit-and-run attacks the Islamist rebels used in the past, will now be met with Russian bombs that will be falling from fighter jets moving much faster than the ground vehicles Nusra and the FSA will be using.

This weather is also prime for the Republican Guard to make their advance around the steep mountains surrounding the strategic village of Salma.

In the past, Salma’s defenses proved too difficult to bypass; however, the Russian Air Force’s MI-24 Hind Helicopter Gunships have propelled the Syrian Army’s ground forces through some of Syria’s most rugged terrain because they are able to fly above the soldiers and attack the enemy combatants before the SAA arrives (e.g. Battle of Ghammam).

If the Islamist rebels thought these last few months were difficult, they have another thing coming this winter.
Click to expand...

MOSCOW, December 30. /TASS/. Russian air group in Syria has destroyed an Osa air defense system the terrorists had captured from the government army earlier, Defense Ministry spokesman Igor Konashenkov has told the media. According to the official, the Russian group learned from the information exchange centre in Baghdad that the Osa system, captured from the Syrian army, had been moved to an area near Damascus. After that intelligence identified the camouflaged ferroconcrete shelter housing the complex. "A Sukhoi-34 bomber was used to attack the target. A direct strike with a BETAB-500 air bomb eliminated the shelter and the equipment inside," Konashenkov said.
Click to expand...