Mr T said:
I saw some pictures of pro-CCP individuals waiving flags on Hong Kong streets and standing next to each other less than 2 metres away. I hope they don't get arrested and fined for breaking Covid-19 social distancing rules.
Click to expand...

They might be gently reminded with a friendly pat on the shoulder to stay safe because of how important the lives of good people like them are but don't you worry about them. It's a patriot's paradise in China as it should be.

tupolevtu144 said:
Guys this is very serious. You can't read Chinese so you have no idea what it is saying. They are encouraging "martyrs" to self-immolate as political protest in one of the most populated and foreigner-filled places in Hong Kong. I'd imagine that there will be a massive international media gathering at where they will self-immolate. They wanna stir up shit and if they go through with this this will 100% be on global headlines for the next several days. All Western media will be broadcasting the self-immolation of HK "martyrs of freedom" to a shocked Western audience. This will be such a shitshow that the war of Azerbaijan and Armenia will pale in comparison. This will be in circulation for the next several months and I guarantee that by then the Western Media will have this incident hammered into everyone's minds already (especially the minds of Europeans and Americans). Not only will this be a nuclear disaster for Chinese PR, in the future 10/1 will also be forever tainted with this incident. Imagine the world remembering 10/1 as the day when HK "freedom fighters" committing self-immolation and "China's 2nd 6/4". Imagine in the future whenever 10/1 arrives the world is reminded of this incident EVERY SINGLE YEAR by Western media. Imagine in the future where Chinese diasporas in the are West cannot celebrate 10/1 in peace because Westerners will always tell them that "HK teens self-immolated and it is a day of shame". Imagine in the future where 10/1 there are protests and memorials around the world where people "commemorate and stand in solidarity with HK freedom martyrs". This must be stopped at all costs. And I repeat AT ALL COSTS.
Click to expand...

Relax. Some of us here? Me included can read Chinese. And juding by what we've seen of this 'brave warriors'. This ain't going to happen. As o said many time on here. Che Guevara would be so proud of these weekend warriors...... Not.

These human rights activists have an apt sense of timing: 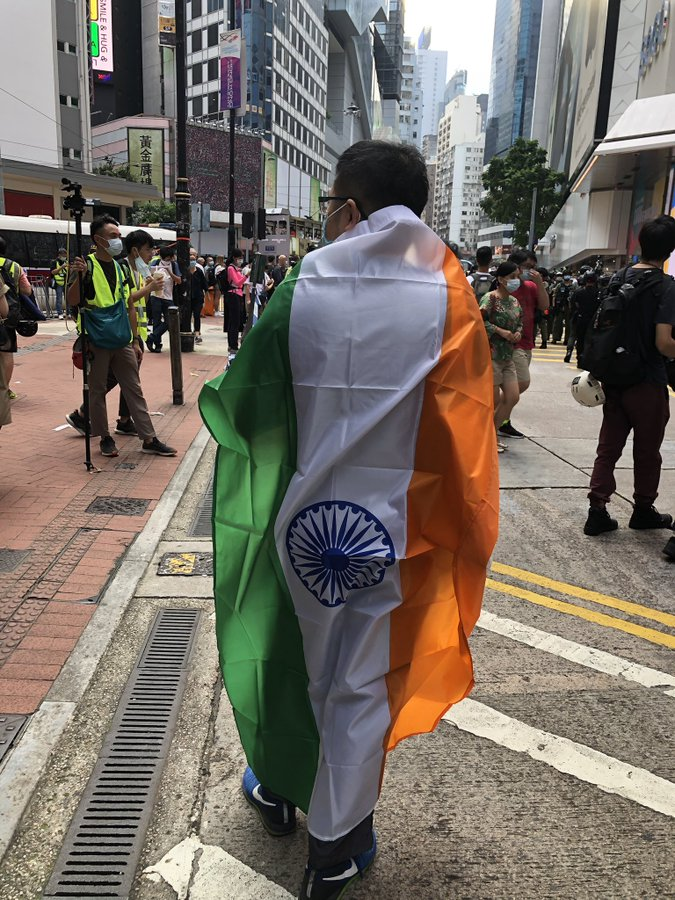 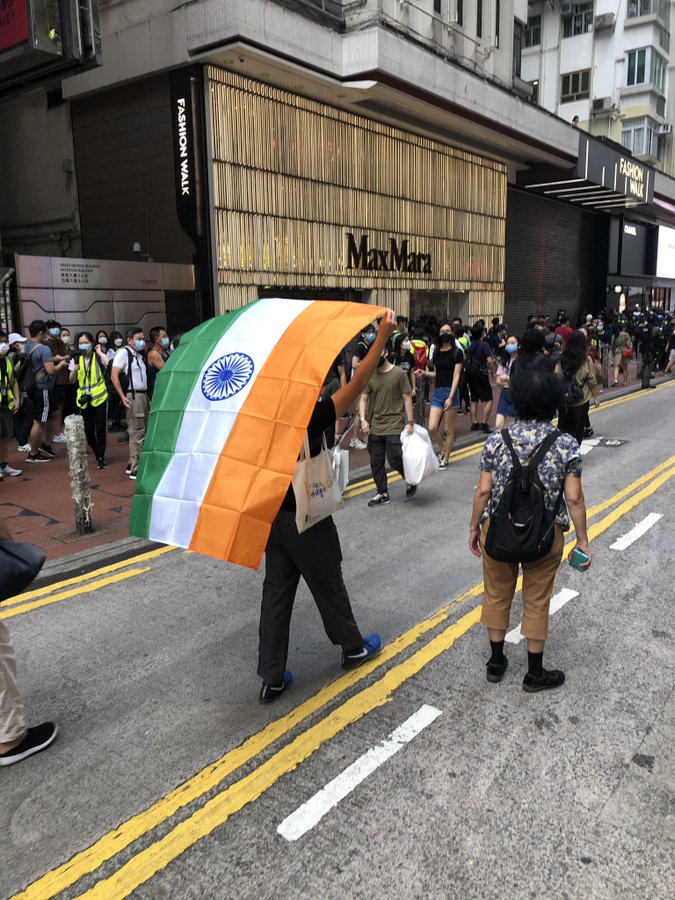 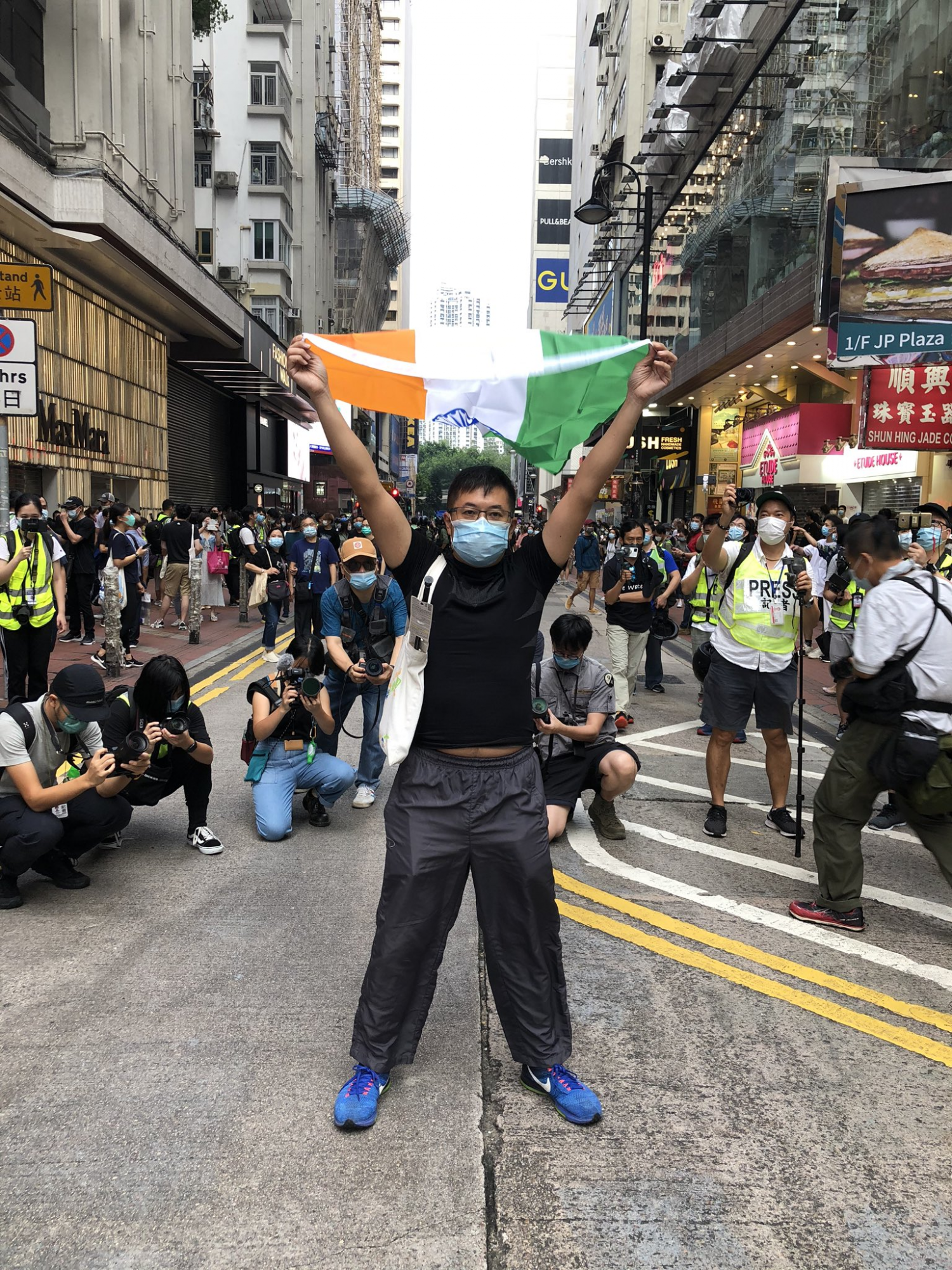 manqiangrexue said:
They might be gently reminded with a friendly pat on the shoulder to stay safe because of how important the lives of good people like them are but don't you worry allegedly them. It's a patriot's paradise in China as it should be.
Click to expand...

With all that's happening in the US. With trump encouraging law breaking anti-mask wearing. And in the UK where he allegedly live, UK government minister breaking lockdown rules left, tight and centre. And our friend from the A-team comes out with l'aw breaking' in Hong Kong. Gee.

SinoSoldier said:
These human rights activists have an apt sense of timing:

One word to say on this:

vincent said:
FLG sure has a LOT of funding
Click to expand...

When one of the mass distributions happened, an English-Canadian friend of mine asked if I had received "this weird newspaper, something (Epoch) Times".
I then explained to him that it is a newspaper that was created by a cult that was banned in China. Their main goal is to "destroy the Communist Party". I said there's no concrete proof, but it's alleged that they are propped up by the CIA. The newspaper used to be free, but now you need to pay for a subscription. His instant reaction was, "Who would pay for a newspaper who's only angle is so narrow?"

This is just common sense right?


Gatekeeper said:
One word to say on this:

NYT reporter's quote "The crowd is cheering him"... yeah right. A "crowd" of HK people cheering for Indians, so 4 people?

Registered Member
This is the best the MSM can do on China's national day celebration in Hong kong!

Rest of the article:

SinoSoldier said:
These human rights activists have an apt sense of timing:

Something is really wrong with Hong Konger's brain.

daifo said:
Something is really wrong with Hong Konger's brain.
Click to expand...

Some people in Hong Kong have westernized to the point of embracing western nihilism and anarchy.

Well, you know, once that happens, the Chinese people expect the Chinese state to intervene to uphold Chinese civilization.

That always happens that way.

Have a moon cake.

Registered Member
Hong Kong Police streamed yesterdays operation on their youtube channel:
Please, Log in or Register to view URLs content!
, might be a good place to check for future streams of protest. They also have better access to the action and the arrests
You must log in or register to reply here.