Glad to see it.

The FREMMs are very capable ships and exactly what France needs.

Having said that, I still feel that it is too bad (IMHO) that they didn't build at least four of the Forbin Horizon class DDGs though.

The market of the future assault rifle of the French army should be attributed to a German group, Heckler & Koch, at the expense of FN Herstal, wrote Tuesday French title Les Echos and La Tribune. FN Herstal does not confirm, but indicates that an action has been brought by it before the Administrative Judge of First Instance in France.
Sophie Kip
The company contributes Liege for two years in a tender of the French Ministry of Defence for the replacement of the FAMAS rifle, she recalls in a statement. According to Les Echos, the HK 416 of the German firm Heckler & Koch who would have won the market against its four competitors.

"FN Herstal confirms that a discussion unrelated to the quality and performance of the product is underway with the French administration. An appeal was lodged by FN Herstal before the Administrative Judge of First Instance, by way of interim pre-contract , "said the FN, adding that the decision should be known" at the latest by early next week. "

" Until this decision, the procedure is suspended and the contract is not awarded ," said the Liège company, owned by the Walloon Region.

No French manufacturer was among the candidates to tender. According to Les Echos, FN Herstal was the preference of the French public group Nexter weapons, because he agreed to entrust part of the maintenance of the weapon at one of its workshops in France.

According to Les Echos and La Tribune, the market is estimated at between 300 and 400 million. It includes the provision of 90,000 individual weapons.

Launched with export the 7th

Without ceremony, the multi-mission frigate departed quietly, its form. Ambushed by numerous people massed on the shores of Scorff, like the show.

DCNS has floated Friday in Lorient FREMM multi-mission frigate Bretagne. It is the result of know-how and technological performance that continually gain power over a successful series.

Laurent Moser, director DCNS site in Lorient, was ringside. "It's a great time for all DCNS teams, the culmination of a long process. The crossing of this industry milestone marks an important step in building the ship. It once again emphasizes the dynamism of DCNS and its ability to deliver six FREMM before mid-2019 to the Navy, according to the 2014-2019 military planning law ".

Bretagne will receive in the next two months before its mature commissioning phase and sea trials off the coast morbihannaises. 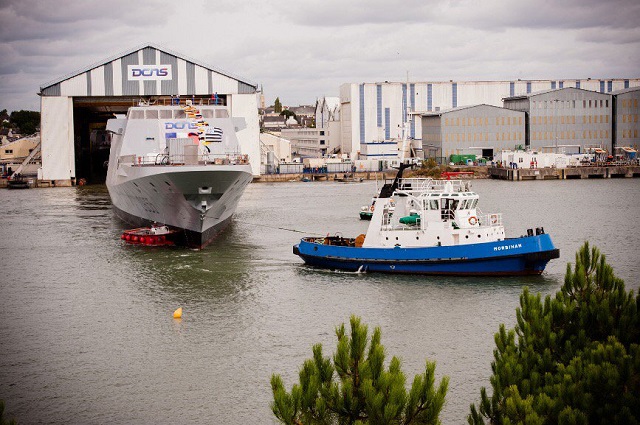 On 16 September 2016, DCNS floated the FREMM multi-mission frigate Bretagne (Brittany) in Lorient, France. The achievement of this industrial milestone marks an important step in the construction of the vessel. It once again underlines the dynamism of DCNS and its capacity to deliver six FREMM frigates to the French Navy (Marine Nationale) before mid-2019, in accordance with the Military Planing Law 2014-2019.
Click to expand...

bro I would be interested in hearing more on this:
France Nears Decision on Frigate Designs

The French defense minister is due to be briefed in a few weeks about number of designs for the planned intermediate frigate, defense procurement official Laurent Sellier said.

“In the next few weeks” several designs will be presented to the minister, Sellier told journalists Sept. 19 ahead of a press trip linked to the Euronaval trade show.

The French navy, Direction Générale de l’Armement procurement office, DCNS and Thales have worked together in a closed network to design the five intermediate frigates, which will make up the 15 first rank frigates set out in a defense white paper. The minister, Jean-Yves Le Drian, will meet with the navy chief of staff and DGA to pick the design for the program.

At the Summer Defense University, on Sept. 5, there was a live video link with defense officials, Navy officers and executives working on the frigate study, setting out a close government and industrial cooperation in determining the design.

A first intermediate frigate is due for delivery in 2023, which is considered an aggressive schedule. The warships, designed for antisubmarine, air defense and anti-surface capabilities, will weigh about 4,000 tons.

The eight multimission frigates which are being built and entering service weigh 6,000 tons.

Among the options for the intermediate frigate are a Thales Sea Fire radar, 76 mm or 127 mm gun, and MBDA Aster 15 missile.
The light warship is also aimed at export clients, as the multimission frigate is too complex for many navies.

France launched the multimission frigate program with a plan to build 17 units before trimming the numbers back to eight, of which the last two will be adapted to the air defense mission. The eight multimission, five intermediate frigates and two Forbin-class air defense frigates will make up the 15-strong first rank fleet.

Jura said:
bro I would be interested in hearing more on this:
France Nears Decision on Frigate Designs 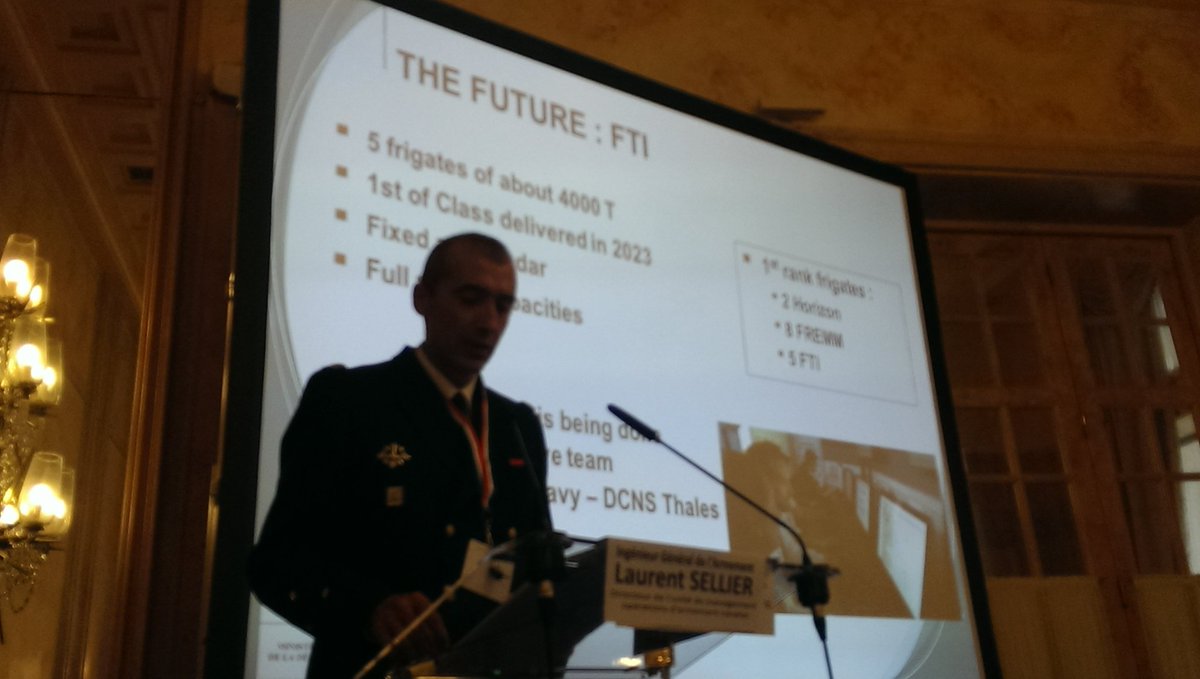 I have yet posted here since about a year you can look eventualy.

Yes 5 but in fact for deployments better 6 ideal 7 or 1 FREMM in more but seems difficult, for have 16 or 17 MSC with 15 as planned possible eventually some missions cancelated for provide to others more importants, Navy deploy MSC in general in 4 areas so 15 is a bit short.

Approx datas ofc nothing sure except do 4000 + t full displ.

Less sure
Missiles load the more important ! btw 16 and 32 i prefer normaly Aster 15 can be VL Mica or maybe also new LACM ? but i don' t see Aster 30.
MM-40 Bl 3 normaly 8 or possible a new normaly launched from a VLS the Perseus by ex interesting, to see.
You must log in or register to reply here.