no idea. Feel free to search

it'd be fun if some six-years-old were able to fool Rogoway, LOL
V

it'd be fun if some six-years-old were able to fool Rogoway, LOL
Click to expand...

And since when does language determines the validity of a fact ? If we go by that Henri Kenhman, perhaps one of the most avid of Chinese military update watchers would be rendered invalid because
1) He is French
2) He will have a hard time translating french into fluid English.

I had been waiting for let's say two days, now found a related tabloid story

Fascinating footage shows an F-35 fighter pilot's view through his high-tech helmet as he performs vertical landing on rolling deck of HMS Queen Elizabeth
Please, Log in or Register to view URLs content!

and I ask again where did 笑脸男人 (= Smiley man according to translate.google.com) get sooooooooo coooooooooooooooooool footage?

I'm loosing track of who makes a fool of out whom, is it some kid creating GIF to fool Western fanbois? is it the Royal Navy leaking footage?

quote of the day comes from
Esper sets demand that might let Turkey rejoin F-35 program
Please, Log in or Register to view URLs content!
:
“I have been very clear in both my public comments and privately with my Turkish counterpart: It’s either the F-35 or the S-400,” he said.

(the context is LOLZ "Some analysts have questioned whether a loophole exists that would allow Ankara to back down, save face and regain the fifth-generation fighter. Should Turkey keep the S-400 parts in a warehouse somewhere not actively running, the argument goes, the U.S. could invite Turkey back to the F-35 program.")

By 2026, the Polish Ministry of Defence plans to allocate about 185 billion zloty (U.S. $47 billion) toward acquiring new weapons and military equipment, with fifth-generation fighter jets a top priority.

Twenty years after Poland joined NATO, and despite the integration of some Western-made fighter jets and armored vehicles, the country still uses Soviet-designed gear dating back to the
Please, Log in or Register to view URLs content!
.

Poland and other allies in Eastern Europe are intensifying their military modernization efforts in response to Russian activity along NATO’s eastern flank and its annexation of the Crimean Peninsula from Ukraine.

For 2019, the Polish MoD set a record budget, at more than 44 billion zloty, as required by the country’s plan to raise defense spending to 2.1 percent of gross domestic product in 2020, and reach 2.5 percent in 2030. A significant share of the country’s defense spending is to be directed at the acquisition of Western-made gear.

Warsaw’s potential acquisition of fifth-gen fighters is one of the top modernization projects in the pipeline. In May, Polish Defense Minister Mariusz Blaszczak said the ministry sent a letter of request to the U.S. regarding Warsaw’s plan to acquire 32 F-35A aircraft. The fighters are to replace the Air Force’s outdated, Soviet-designed Sukhoi Su-22 and Mikoyan MiG-29 jets.

Negotiations for the jets are taking place as Warsaw is seeking a permanent U.S. military presence in Poland, dubbed “Fort Trump.” Warsaw offered to allocate at least $2 billion toward the project under which the U.S. would build a military base in the country. On June 12, Polish President Andrzej Duda met with U.S. President Donald Trump in Washington to discuss the initiative and ink a joint declaration on defense cooperation regarding U.S. force posture in Poland.

“The United States plans to enhance its current military presence of approximately 4,500 rotational U.S. military personnel in Poland. This enduring presence is expected to grow by about 1,000 additional U.S. military personnel in the near-term, and would focus on providing additional defense and deterrence capabilities in Poland,” the declaration read. “With the understanding that the increased U.S. force presence in Poland is made sustainable with Polish support, Poland plans to provide and sustain jointly determined infrastructure for the initial package of additional projects listed below, at no cost to the United States and taking into account the planned level of its use by U.S. forces.”

Trump is scheduled to visit Poland from Aug. 31-Sept. 1. The topics of a stronger U.S. troop presence in the country, as well as a potential F-35 sale, are expected to come up.

But F-35 acquisition negotiations will likely be separate from Fort Trump discussions, as the logistics and technical aspects of a troop deployment deal are nearing a conclusion, according to Tomasz Smura, the director of the research office at the Warsaw-based Casimir Pulaski Foundation.

“If Poland decides to buy the F-35, this will open an array of new possibilities before the Polish Air Force in the upcoming decades. This aircraft offers stealth and interoperability capacities that are currently not available to the Polish military,” Smura told Defense News. “However, there are also some critical voices on this potential purchase. Some analysts doubt whether we should introduce a second type of fighter instead of expanding Poland’s fleet of 48 F-16s. This number of modern fighter jets doesn’t match Poland’s military needs and the country’s size. Other analysts add that we’re simply not ready to fully use the capacities offered by the F-35, and that further F-16s would suffice to match the current state of development of the air forces of our eastern neighbors.”

Despite the country’s rising defense expenditure, some observers also doubt Poland’s capacity to finance the F-35 acquisition alongside other ambitious military procurements, such as the Wisla air defense program.

Deliveries are expected by the end of 2022, with plans to reach an initial operational capacity around the 2023-2024 time frame, according to data from the Polish MoD.

Please, Log in or Register to view URLs content!
UK F-35 Lightning jets have trained with US Air Force stealth bombers for the first time. The

the third picture again (it's as if from a sci-fi movie, I applaud the PR team for this one; no sarcasm): 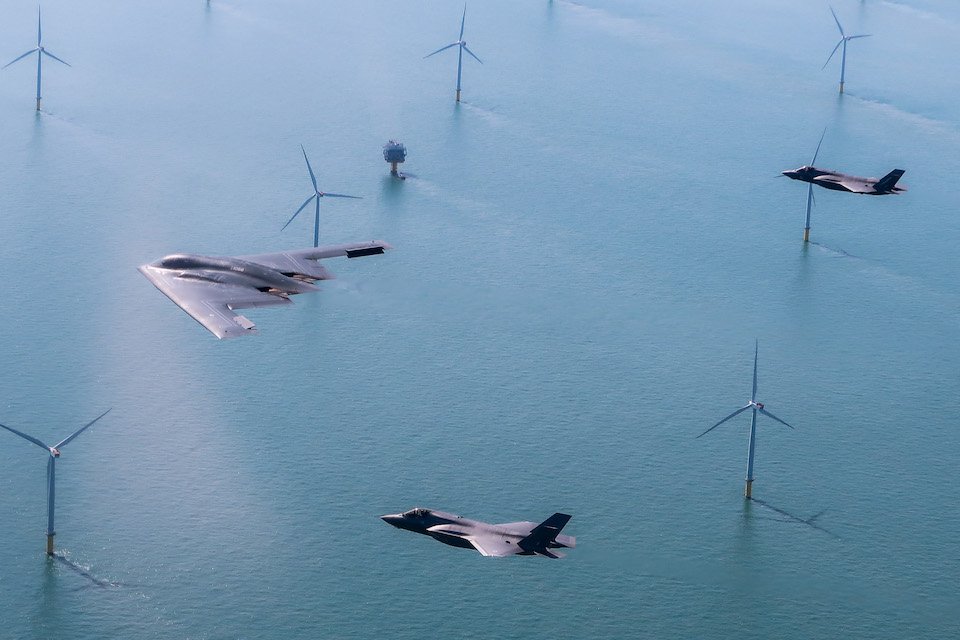 inside Lockheed makes its pitch to Polish industry in exchange for F-35 deal
Please, Log in or Register to view URLs content!
:
... Greg Ulmer, the vice president and general manager responsible for the F-35 program ... “Once Polish companies are approved as our supplier partners, they could make parts not only for the Polish aircraft, but also for those supplied to other countries, such as the U.S. or Japan.”

exactly what parts?
A

Jura said:
inside Lockheed makes its pitch to Polish industry in exchange for F-35 deal
Please, Log in or Register to view URLs content!
:
... Greg Ulmer, the vice president and general manager responsible for the F-35 program ... “Once Polish companies are approved as our supplier partners, they could make parts not only for the Polish aircraft, but also for those supplied to other countries, such as the U.S. or Japan.”