"The limited availability of submarines was caused by a lack of spare parts due to budget constraints, the navy said." https://www.sinodefenceforum.com/european-military-news-reports-data-etc.t4395/page-120#post-479399
inside 32 minutes ago

Saab to deliver batch of NLAW to the Finnish Defence Forces in 2017...

Defence and security company Saab has received an order from the Finnish Defence Forces for the Next generation Light Anti-Tank Weapon system (NLAW). Deliveries will take place during 2017.

The Finnish Defence Forces have been a user of the NLAW weapon system since 2007, then becoming the second export customer of the system. This order is a call-up of an option as part of a previous contract with the customer, announced in 2015, regarding delivery of NLAW weapon systems. “The interest for our NLAW system has increased significantly in recent years. This order is a strong proof of this and we look forward to deliver a high capability weapon system to the Finnish Defence Forces. NLAW provides the single soldier with a true anti-tank capability, previously not available on the battlefield”, says Görgen Johansson, head of Saab´s business area Dynamics”.

During the recently held military exercise Aurora 17, in Sweden, the NLAW system was used by both Swedish and Finnish forces. “There is a long-lasting commercial relationship between Saab and the Finnish Defence Forces. This call-up of an option from the 2015 contract demonstrates high trust and confidence from the Finnish Defence Forces towards the NLAW system”, says Anders Gardberg, head of Saab in Finland. NLAW is a shoulder-launched, anti-tank missile system that attacks the target from above.

This makes it the most effective anti-tank weapon for dismounted light forces operating in any environment, including built-up areas. Originally developed for Sweden and Great Britain, it meets all requirements for a modern anti-tank weapon system for use during international operations as well as for national defence.

how did it go?

This is a clear copy of my work
Please, Log in or Register to view URLs content!
. Please remove your graph. The person who did it copied everything, even the no-name caption! 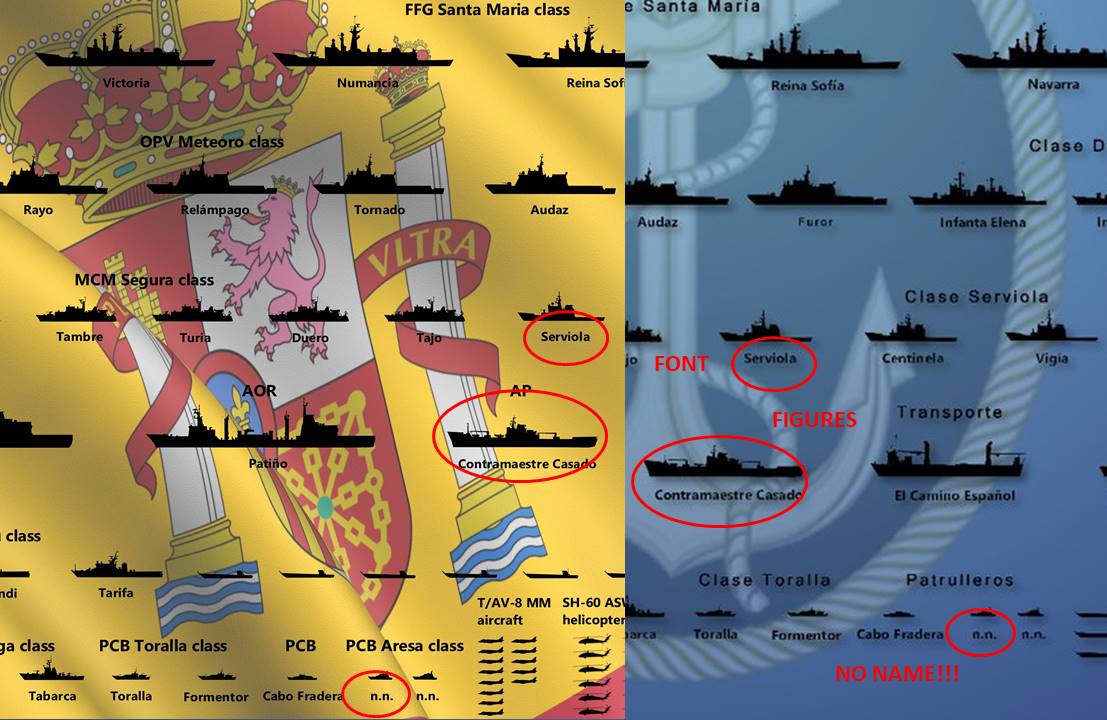 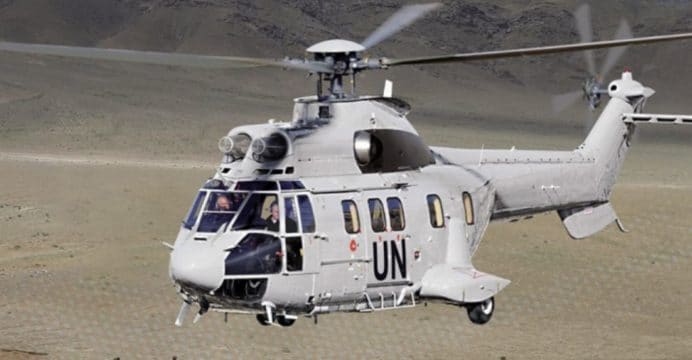 The Romanian Minister of National Defence Mihai Fifor announced that the H215 will be inducted within the Romanian Army as well as Romania’s Ministry of Interior. Romania’s objective is to see its armament suppliers not just sell equipment, but to partner with Romania’s domestic industry.

Airbus Helicopters is engaged in a 15-year partnership with Romania’s IAR S.A. Brasov, which will market and manufacture the H215 and H215m. During this period, Airbus anticipates that Romania could acquire up to 60 H215/H215m to supplant its legacy Puma and aging Super Puma helicopters.

Airbus Helicopters also projects a global market of up to 1,000 helicopters in the Super Puma’s size-class (nine-ton) over the next 15 years, of which the company is
Please, Log in or Register to view URLs content!
to secure 20%.

Romania’s Brasov plant had manufactured more than 360 helicopters, such as the IAR 330 Puma, for domestic and overseas markets. Airbus Helicopters transferred its H215/H215m Super Puma production line to Romania in an effort to produce an affordable platform to compete with the Russian Helicopters Mi-171, which enjoys considerable adoption in the developing world market due to attractive acquisition, maintenance and operating costs.

The
Please, Log in or Register to view URLs content!
is powered by two Turbomeca MAKILA 1A1 turboshaft engines, with each providing an output of 1,877 shp and providing a range of 776 km. It has a maximum cruise speed of 258 km/h. Capable of ferrying up to 24 troops, the H215m can lift an external payload (by sling) of 4,500 kg. It can be deployed for tactical transport, logistics support, search-and-rescue, medical evacuation and C4ISR (command, control, communication, intelligence, surveillance and reconnaissance).

Airbus Helicopters also offers a heavier and more sophisticated variant – the H225m Caracal. Compared to the Super Puma, the Caracal uses two MAKILA 2A1 turboshaft engines with dual channel full-authority digital engine control (FADEC). It has an external payload of 4,750 kg and can ferry up to 28 troops.

If Airbus executives are right, the situation is temporary and will be overcome fairly soon; at the latest, sometime next year. But there is a pervasive sense of things going wrong that transcends production woes. Power struggles that encompass egos and turf battles are making a surprise comeback.

Here is a quick recap of significant events this year that helped pave the way to the current climate. Former CEO of commercial aircraft, Fabrice Bregier, was stripped of that title; Group CEO Tom Enders claimed that role and its responsibilities for himself. The important sales division, headed by John Leahy, also reports to Enders as of earlier this year.

Over the past few weeks, other issues at Airbus began to surface. German magazine Der Spiegel published a series of articles about alleged systematic corruption and improper use of agents in past commercial aircraft sales campaigns. It asserted that Enders did not react quickly enough and questioned whether he can survive the scandal.

This was followed by a report in another publication, business daily Handelsblatt, that the French government is seeking to gain back control of Airbus, in part by appointing new board members and revamping the governance that was introduced in 2013. At that time, both Germany and France reduced their stakes in what was then
Please, Log in or Register to view URLs content!
and essentially relinquished direct influence on running the company.

And finally, the latest reports contend that Bregier, in an effort to regain his CEO position, is behind a campaign to get Enders fired.

What is happening in Toulouse these days could be as compelling as a Shakespearean drama if it did not have serious ramifications. It underscores that vastly different camps still exist within Airbus and that those camps do not trust each other. Leaked “information” about alleged intrigues makes matters far worse.

Enders’ move to demote Bregier was probably a mistake because demoting the successful Airbus Commercial CEO created unnecessary disruption, although each man publicly defends the decision. Enders was already clearly the top man before the changes and had his own successes, mainly by transforming the corporate governance and reducing government influence, which is reflected in a much higher stock price. Bregier is not only a capable manager, he is also politically savvy, so it is hard to believe that he himself could be behind a campaign against his boss.

And as to the governance question: Even if the French government truly wanted to regain control of Airbus, it would be an extremely hard task. It would require a majority vote of the company’s mainly private shareholders—but why would they give up power? Alternatively, France could buy a majority stake in Airbus. This, too, is an unlikely scenario, not least because of the current market capitalization; such a step would be prohibitively expensive.

Nothing will happen in the short term while Germany is in search of a new coalition government, a process that could take many more weeks. Also, French President Emanuel Macron negotiated the Airbus governance changes on behalf of former President Francois Hollande—why would he want to revert to the old status now?

Whoever prevails at Airbus will not be determined by Enders or Bregier—or even by Macron. The company is subject to investigations into alleged corruption in the UK and France, and possibly Germany, and the U.S. will open its own proceedings in the near future. Whatever wrongdoings or lack of proper oversight emerges will determine whether Enders can stay on beyond his current term, which ends in 2019, and what the future holds for Bregier.

More important in the short run are those
Please, Log in or Register to view URLs content!
parked in Toulouse and Hamburg. Airbus needs to get them off its airfields before year-end to reach its target of delivering close to 200 Neos this year. All require management attention.
Click to expand...

Airbus Defence and Space is showcasing its new C295 Armed ISR (Intelligence Surveillance & Reconnaissance) version at the Dubai Airshow. A C295 is exhibited on static display flanked by a wide range of weapons which have been selected to be integrated onto this versatile platform.

The company has signed a series of agreements with air-to-surface weapon suppliers paving the way for flight-trials to qualify their products to equip the C295.

Since the previously announced memorandum of understanding with Roketsan of Turkey, similar arrangements have been reached with Expal, Escribano and Equipaer of Spain, as well as Rheinmetall of Germany, and the US suppliers Nobles Worldwide and US Ordnance.

Aircraft have already been delivered to an unidentified customer including two 12.7mm light machine guns and mounts, supplied by Nobles Worldwide and US Ordnance, to be mounted in the paratroop side doors.

The next weapon to undergo airborne carriage trials is planned to be Roketsan’s L-UMTAS anti-tank missile. Roketsan is also providing the Cirit laser-guided missile and Teber-82 laser bomb-guidance kit.

Head of Military Aircraft Fernando Alonso said: “The development of further applications for the C295, as well as our other aircraft, is a key element of our strategy for the future. The remarkable flexibility designed into the C295 makes it a superb platform for a wide range of mission-specific configurations.”