siegecrossbow said:
Are the VTOL propellers useless after takeoff? I feel that they may add drag if allowed to spin freely.
Click to expand...

delete after re-examine the photo.
T

They are available in two versions. Electric and Hybrid.

China's Autoflight puts a canard twist on its latest long-range eVTOL
By
Please, Log in or Register to view URLs content!
October 13, 2020 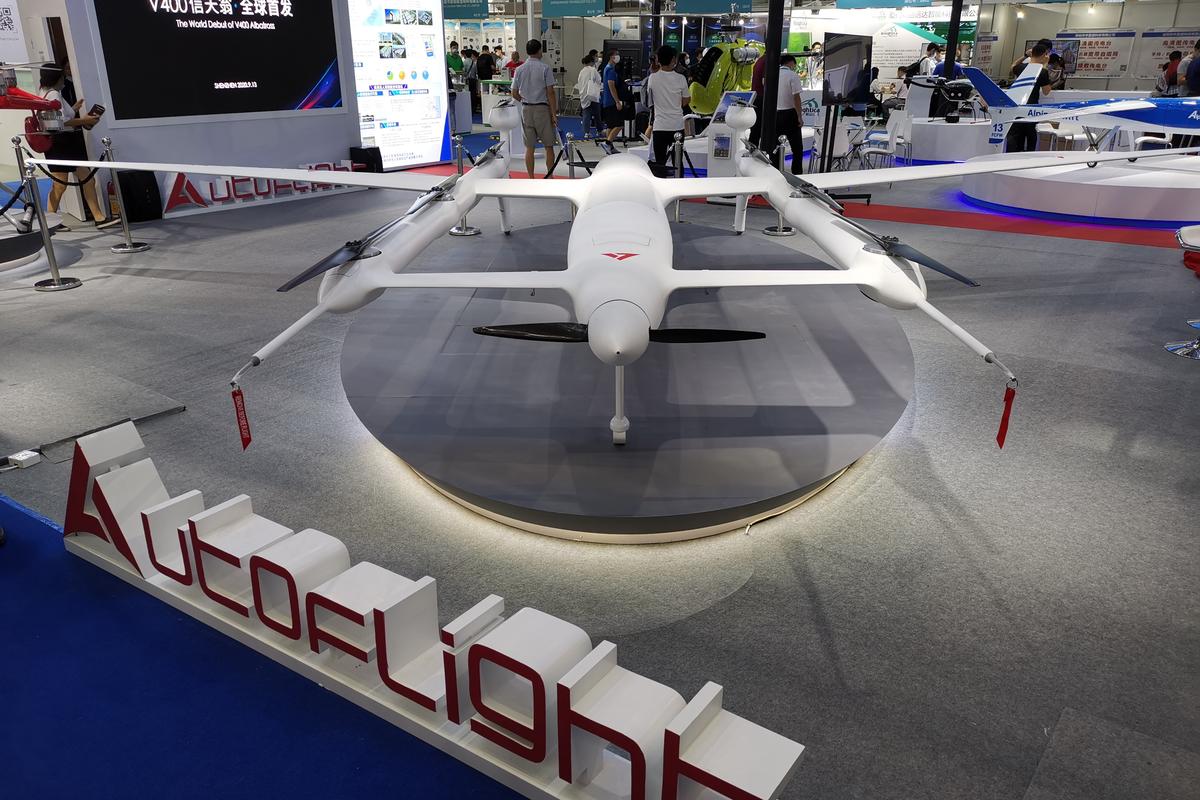 At the 2020 World UAV Conference in Shenzhen, Chinese heavy drone company Autoflight unveiled a big new canard-style electric VTOL cargo drone, and announced its intentions to develop a similar aircraft for urban air taxi operations.
The new V400 Albatross is an unmanned cargo drone capable of carrying payloads up to 100 kg (220 lb) over impressively long distances. Its fully electric version offers a range of 300 km (186 mi) carrying a full payload, and a hybrid version is available as well, promising 1,000 km (620-mile) flight ranges.
As with many eVTOL designs, it's built to transition, rising and landing vertically as a hexacopter on six large props, then transitioning to horizontal flight on a slim, 9-metre (29.5 foot) wing and a smaller canard wing at the front, with power supplied by a pair of push and pull props on the front and rear of the main fuselage. Its carbon composite body keeps weight down to around 300 kg (660 lb).

Please, Log in or Register to view URLs content!
A 100 kg load could be transported 1,000 km using Autoflight's hybrid powertrain
Autoflight
It's designed to operate autonomously, using a flight controller that Autoflight is amusingly forced to stress has "completely independent intellectual property rights." It's got built-in sense-and-avoid capabilities, and full-time 4G/5G data connections along with a full sensor suite that includes ground radar to assist with VTOL.
Autoflight says the Albatross will be used for "express logistics," and emergency operations, particularly where mountains and islands make ground transport tricky or time-consuming.
But the company has bigger targets in its sights, and in the same press conference it announced its intention to move into the air taxi space with plans for autonomous passenger-carrying eVTOLs, as well as larger-scale logistics aircraft. Autoflight says it's looking at the "air logistics operation system" side of the problem as well as 3D vertical commuting.

V400 eVTOL
V400 has two models with full electric and hybrid power respectively. Both models have 400kg maximum takeoff weight (MTOW) and 100kg payload capacity. V400 is the first eVTOL in China specifically designed for logistics application and with over 100kg payload. With full payload the V400 electric model has 300km range while the V400 hybrid model has up to 1000km range, making V400 the logistics eVTOL with the longest range and the highest payload in China as of today. V400 is also designed for taking off at up to 5000 meters pressure altitude, making it very versatile and capable. Autoflight have completed the construction of V400 prototype and plan to make the maiden flight by the year end. Autoflight have begun accepting orders for V400.

To ensure safety, V400 is designed with aviation certification specification and standards in mind since the beginning stage. It is equipped with an in-house designed flight control system with multiple redundancy, multiple sensors and radar to assist self-controlled takeoff and landing, and offers an option for whole airframe parachute. With its dedicated flight control system and sense-and-avoid system, V400 can fly fully autonomously. V400 also has integrated 4G and 5G mobile network function for multi-channel communication.

With its high performance and versatile uses, V400 is ideal for various air transportation application such as express delivery, media supplies, disaster relief, first response and so on especially in hazardous and tough terrain area such as mountain and islands where cargo delivery by eVTOL can save most time and be most efficient and effective.

Autoflight’s eVTOL Product Development Roadmap
Autoflight plan to develop eVTOL products for both logistics use and passenger carrying use such as urban air mobility (UAM), and pursue flight permit and airworthiness certification in China when relevant category and certification specification are established. Autoflight believe that the current regulation in regard of unmanned aerial vehicle (UAV) in China and major markets makes logistics use a more immanent market and UAM use a promising market further down the road. For example, the Chinese civil aviation regulator CAAC have published a series of rules in regard of flight standard and trial operation of UAV. As of today several Chinese UAV companies have applied for and obtained the flight permit from CAAC and have begun carrying out flight tests and even trial logistics operation in China with both conventional takeoff and landing (CTOL) and eVTOL UAVs. Therefore, Autoflight believe that the path towards commercialization for V400 is clear at least in China and that V400 can meet all the specification requirement of CAAC.

Besides logistics use of eVTOL in the near future, Autoflight clearly have passenger carrying use in the vision. The founder of Autoflight, Mr.Tian Yu, has been developing electric airplanes for over a decade and has designed and built several electric airplanes including E430 two-seat electric airplane certified in November 2017 by the German sports aviation administrative entity DULV. Autoflight presented the
Please, Log in or Register to view URLs content!
in April 2019 at AERO Expo in Friedrichshafen, Germany and the V1000 eVTOL cargo drone prototype in November at e-Flight-Forum in China. Autoflight is working hard to bring you more exciting news of these models in the near future.

Autoflight believe that the research, design, certification and mass production of eVTOL with large payload capacity are fundamental to the commercialization of the UAM vision. In this sense, V400 is not only the presentation of Autoflight’s technological capability, but also is one step closer to the vision of passenger carrying autonomous flight together with our partners and all the players around the world making efforts towards this goal.

Autoflight is committed to provide the society with a safe and reliably logistics air transportation and air travel solution. Autoflight apply interdisciplinary technologies to aviation products including new materials, artificial intelligence, autonomous technology, microelectronics, 5G telecommunication and many other technologies to make aviation safer, more accessible, more affordable, more intelligent and more environment-friendly. As of today Autoflight have designed and delivered several mission-specific eVTOL products for clients including V50 “White Shark” which set a flight record of over 6 hours duration on May 19, 2020, and F240 firefighting multicopter which can carry up to 100kg fire retardant.

Autoflight have deep root in aviation with a long heritage of decades of electric aircraft development and manufacturing. The founder of the company, Mr. Tian Yu, is a pioneer in electric aviation and is well known by many electric aviation veterans. Mr. Tian Yu is the founder of Yuneec, the predecessor of Autoflight, which was a world leader in consumer drones and the manufacturer of e-Spyder single-seat electric ultralight and E430 two-seat electric ultralight which first flew in June 2009.

For more information about Autoflight, please visit (in Chinese only at this moment. The English version is under development):

Registered Member
What's the speed of this thing?

With the proliferation of 5G in China (the real advance as I understand is low latency rather than downlink bandwidth, perfect for V2V communication), it seems like the first practical drone swarms will be express delivery services rather than military.

A 1000-meter runway has been added at
Please, Log in or Register to view URLs content!
. Normally this isn't a development that merits attention, except a number of UAVs have shown up after the completion. I can't ID the exact platforms from the Google Maps image. 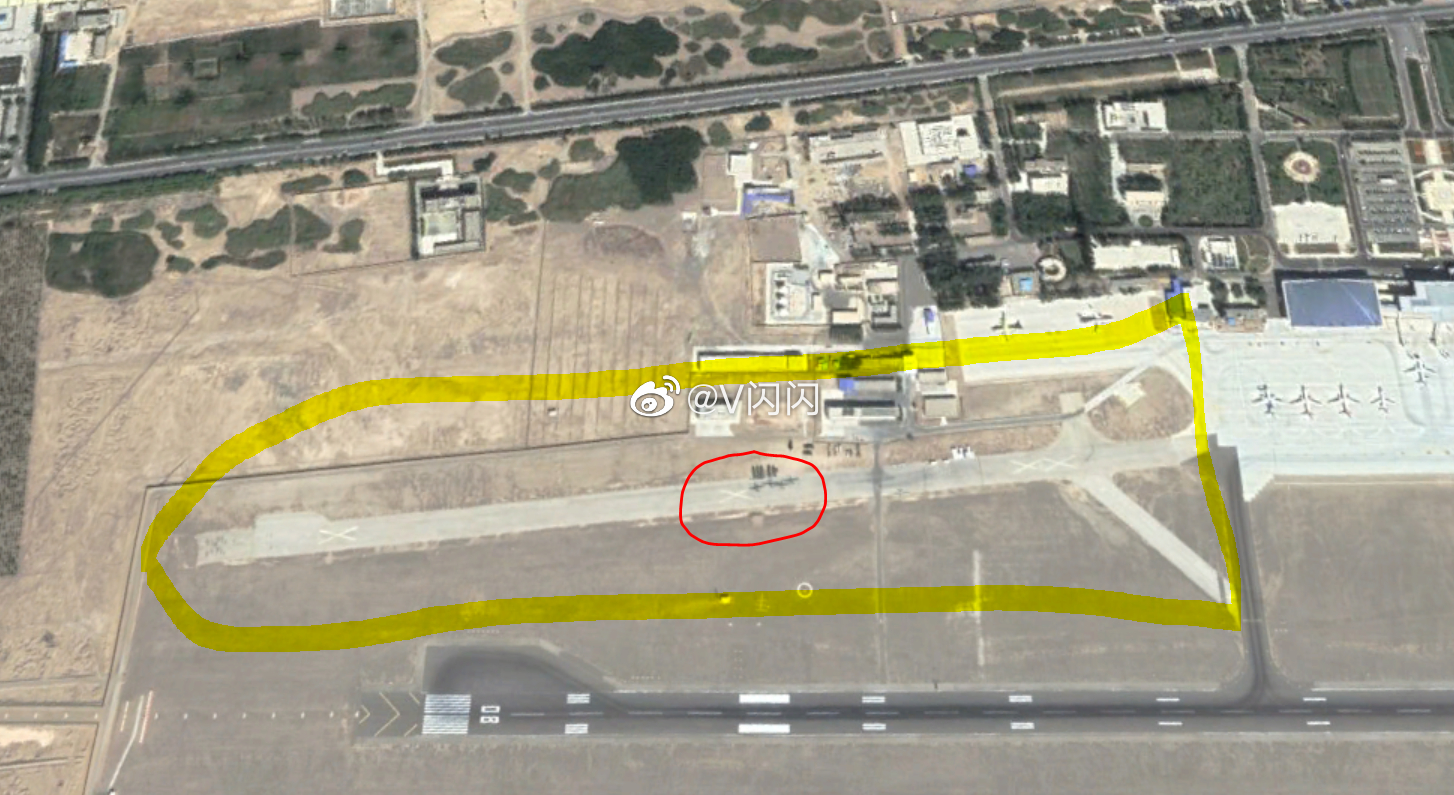 by78 said:
A 1000-meter runway has been added at
Please, Log in or Register to view URLs content!
. Normally this isn't a development that merits attention, except a number of UAVs have shown up after the completion. I can't ID the exact platforms from the Google Maps image.

Indeed strange ... and also what appears to be an EW-Y-9 in primer?

Registered Member
After watching Kilo Two Bravo which is films about how some land mine can basically cripple and defeat whole squad of Brit soldier so i have questions. Is with current UAV technology of world and specific is of China then UAV can patrol and detect accurate every land mines? If i is a foot soldier then im pretty sure will extremely happy to have some "eyes" on sky to keep my leg not to blow-up.
T

Lnk111229 said:
After watching Kilo Two Bravo which is films about how some land mine can basically cripple and defeat whole squad of Brit soldier so i have questions. Is with current UAV technology of world and specific is of China then UAV can patrol and detect accurate every land mines? If i is a foot soldier then im pretty sure will extremely happy to have some "eyes" on sky to keep my leg not to blow-up.
Click to expand...

I don't think there exists a technology in the world that can detect land mines from many meters above ground.
G