taxiya said:
IF the laser claim is true, the shooting range would have been within 1.5km (according to your post 3469). I really don't think the FLIR is so bad that the UAV had to fly below 2000 meters while its service ceiling is at 5000 meters.

I think the real reason of a possible "low altitude" flight (if it is indeed shot at that that altitude) is data link. For a long range (and high altitude) patrol, the operator need satellite data link, and I don't think any ME countries are close enough to China that China is willing to lend satellite channels to them. So that left them using ground stations to control, that limit both altitude and range. If it goes
Click to expand...

Just find out that the "video feed radius" of Wing Loong II is 200km, which should not be the reason to force it to fly at low altitude.
O

Registered Member
We will never know. Whatever the case, maybe it will make operators rethink how they're using drones. What I don't understand is.the willingnes to disparage the drones themselves. It could just be the Turks in this case with some neat new anti drone weapons which other major powers may have much better types of but never presented with a chance to use them. So why the excitement and China bashing on other forums is inexplicable. I guess those fanboys have an axe to grind and personal issues with China and its policies/people.

I remember when a Russian mig29 shot down a NATO made Georgian drone a decade ago or so. Funny how that incident didn't mean all NATO drones sucked and mig29 was the absolute best around. The Turks and some ummah boys are madly wanking each other over such a trivial incident in this case. Having said that I think it's a good thing that UAV was shot down given what they've been doing with them.

GNA claimed credit for the kill first on August 3rd. Didn’t say what they used to shoot it down.

A laser didn't burn the solid fuel propellant in the HJ-10? Looks more like bullets.

That drone looks awfully intact for a shoot down. Just what evidence was presented to support the shoot down claim that we are now all apparently taking for granted?

Normally when something is shot down, it breaks apart in the air or goes into a nosedive.

From that new pictures, it looks very like like the drone did a very gradual if not controlled glide landing and then caught fire on the ground.

Based on those photos, it looks far more like the drone just crashed by itself. 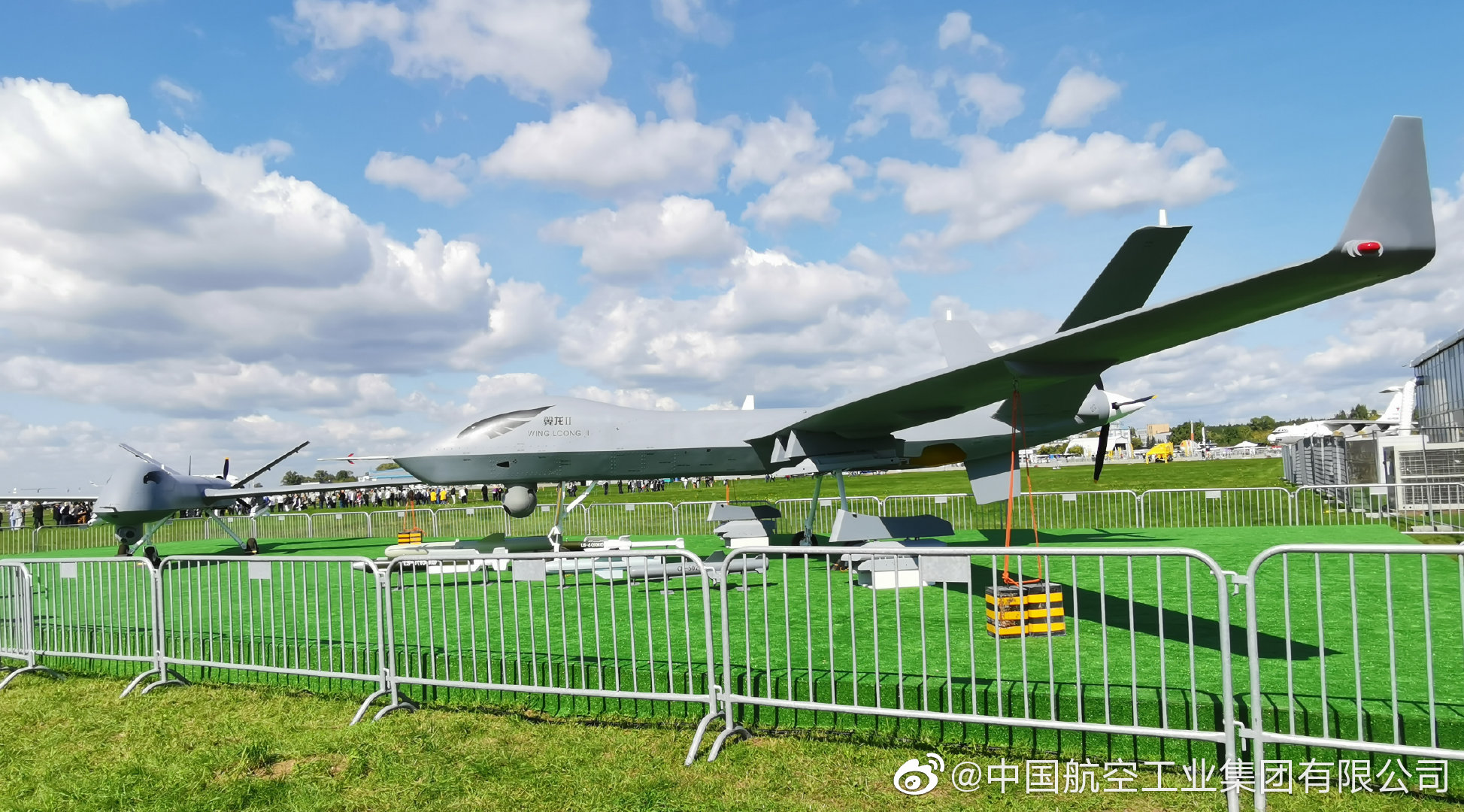 ZHUKOVSKY AIR BASE, Russia—Chinese exhibitors at the MAKS Air Show here unveiled a stealthy-appearing, high-speed drone on Aug. 27 that in the future may function as a fifth-generation target and fill many of the roles of a “loyal wingman.”

A scaled model of the jet-powered LJ-1 drone appeared at the booth of China’s National Polytechnic University (NPU), but was developed jointly with a Chinese company identified only as “CCKW.”

An information sheet displayed with the model says the LJ-1 is primarily designed to function as a target drone, but is capable of performing several tactical operational missions.

By changing the payload, the LJ-1 would be capable of functioning as a radar jammer or a standoff land attack missile, the Chinese developers say. It could also perform a mission of interfering with infrared seekers, although it was not clear what this meant.

NPU representatives at the MAKS booth declined to answer questions about the status of the LJ-1 and potential customers.

If anything, the model reflects China’s growing interest in advanced aerial targets to test a series of air-to-air missiles in development, as well as growing interest globally in unmanned aircraft that can be used to augment manned fighters as Loyal Wingman or, as the Europeans refer to the concept, “remote carriers.”
Click to expand...

Registered Member
I agree with that

A few high-resolution images of Wing Loongs at MAKS Airshow... 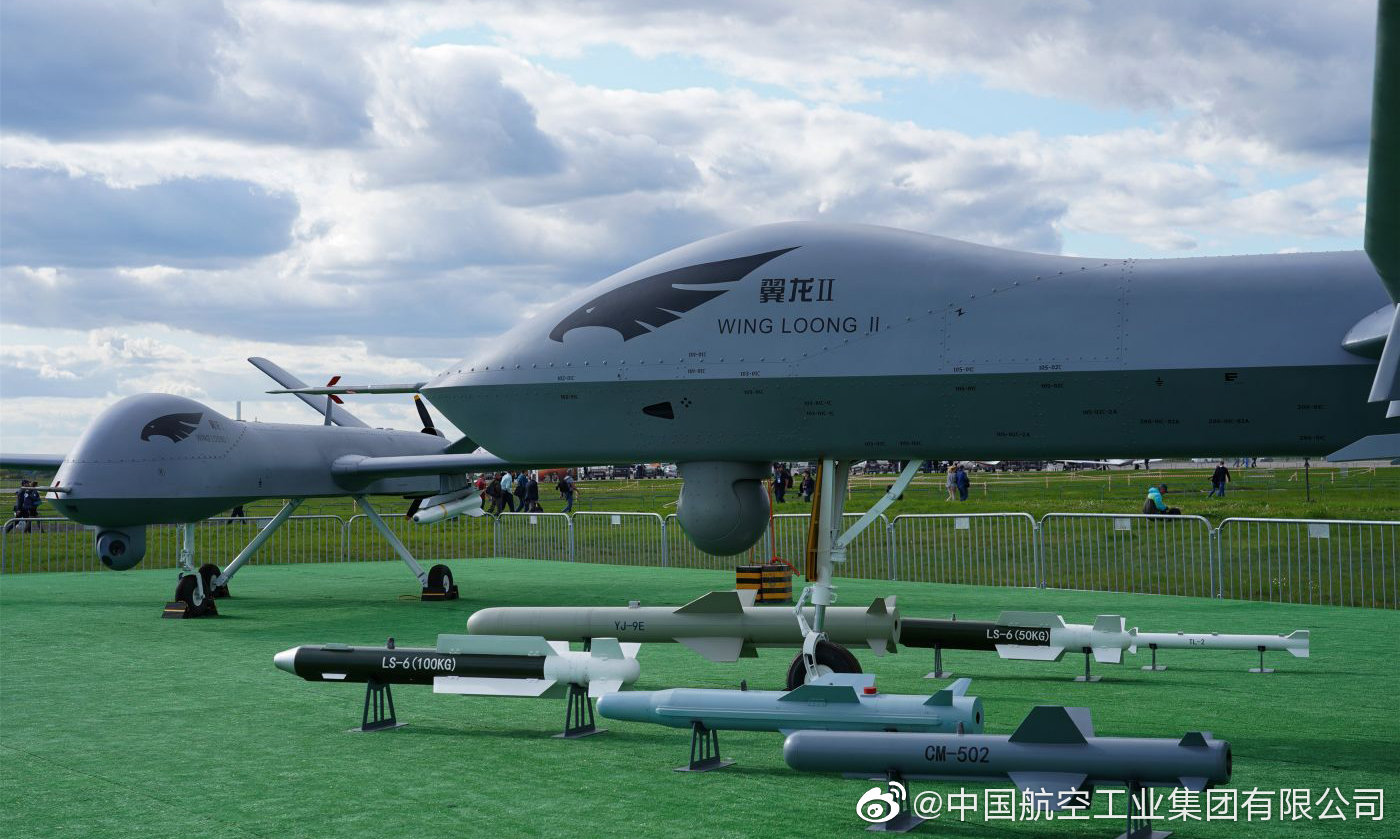 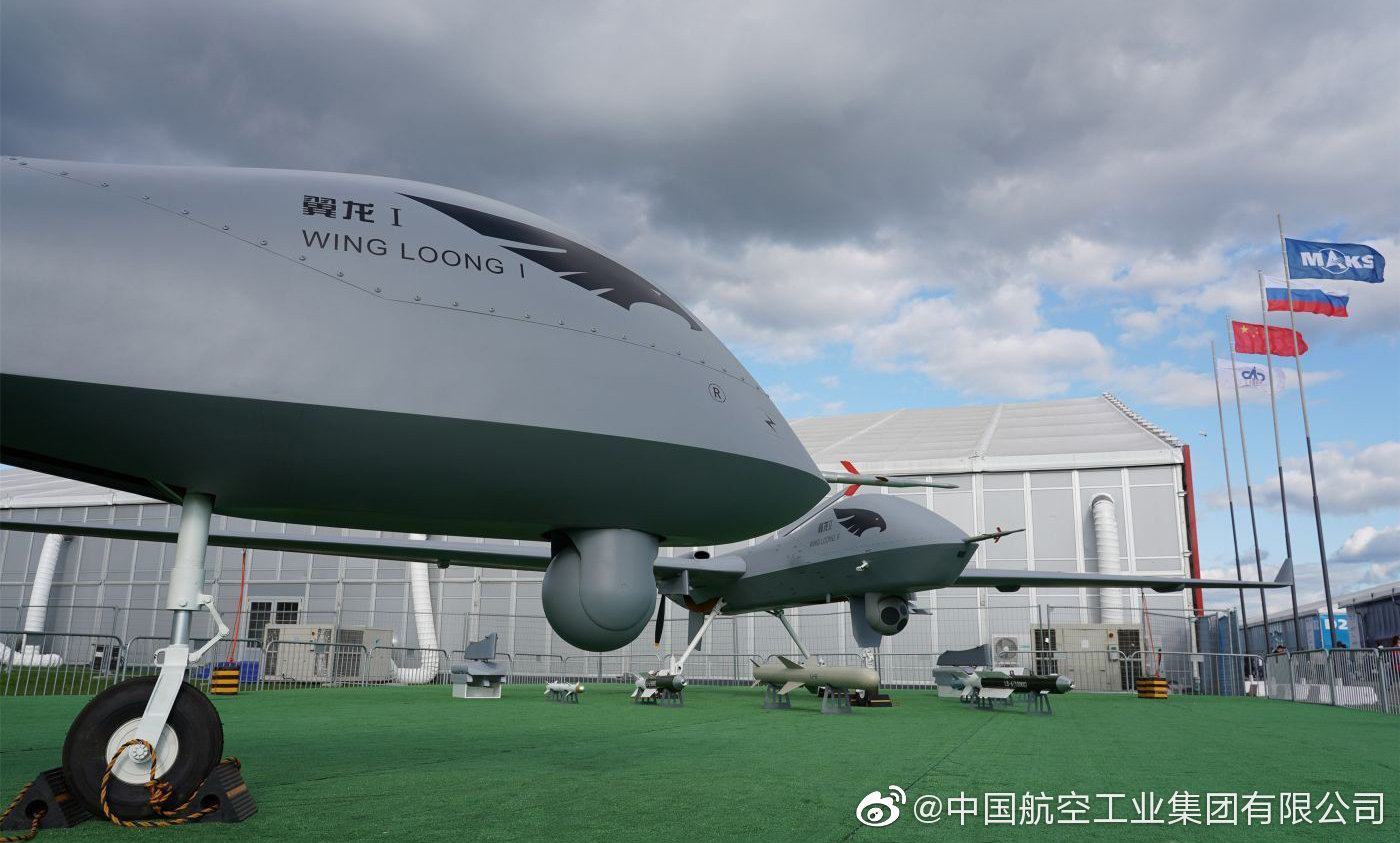 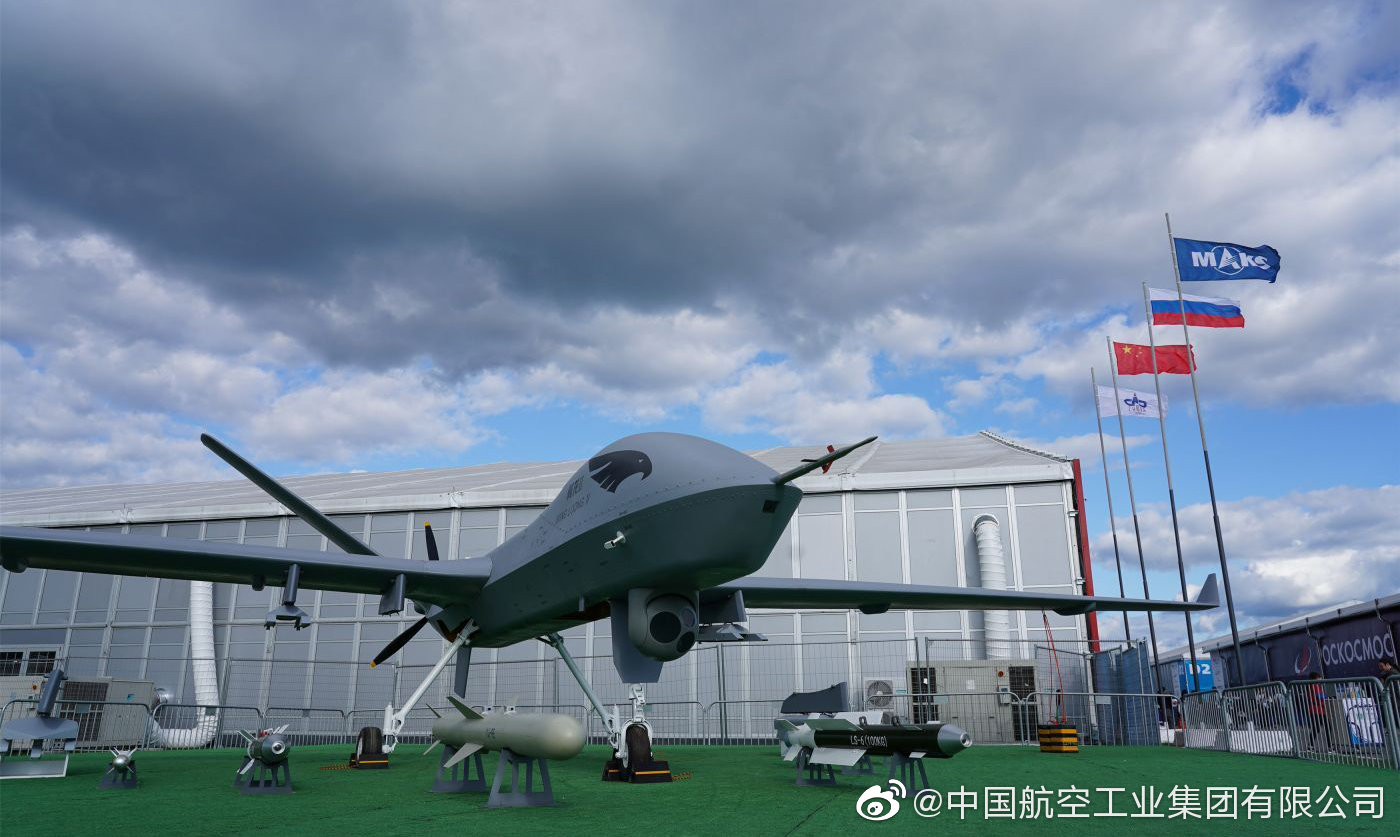 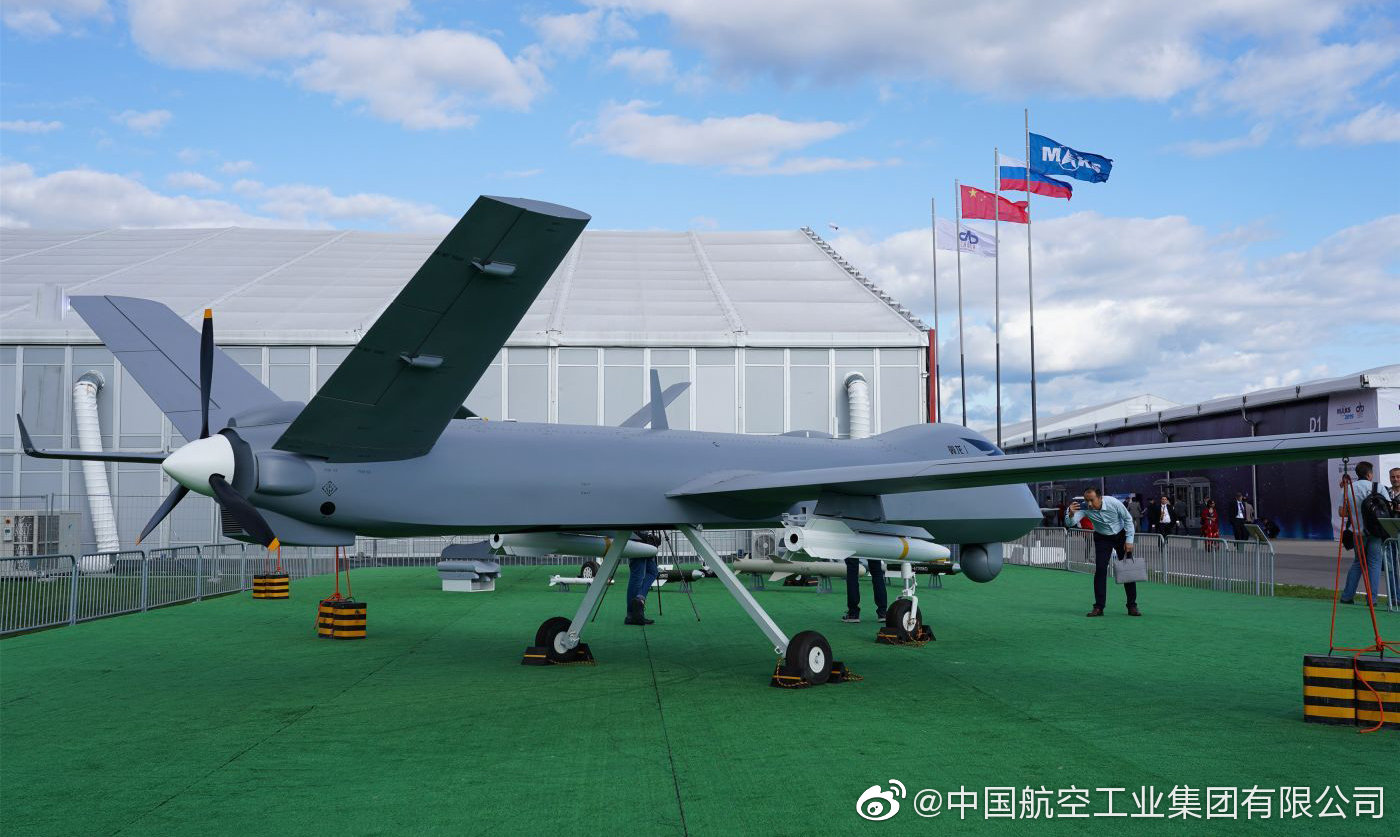