Staff member
Super Moderator
Registered Member
As far as I know, this is the very first image of a Soaring Dragon II UAV in flight ... the other one known (right was heavily PSed)

Puffer A-2 again. It appears to have two different variants, as their fuselages differ. One is for dropping bombs, the other for shooting projectiles...

Deino said:
As far as I know, this is the very first image of a Soaring Dragon II UAV in flight ... the other one known (right was heavily PSed)

by78 said:
Puffer A-2 again. It appears to have two different variants, as their fuselages differ. One is for dropping bombs, the other for shooting projectiles...

They will need to solve the recoil issues on the gun first before it can be viable. And as for dropping bombs, it seems the only way for it to accurately do so is via direct camera feed. So unless the enemy is actually dumb enough to allow a drone to actually drop a bomb directly above it, I am not expecting any great success for this mode of attack. Grant there are already such incidents of sheer stupidity happening in Syria already though.......... The exercise featured an unmanned single-engine biplane, the designation of which was not revealed, as it carried a cargo of military supplies and successfully airdropped it into a target zone, according to the CCTV report.

This is the first time China has conducted a parachuted aerial delivery of cargo weighing more than 500 kilograms on a flight distance of more than 500 kilometers with an unmanned transport aircraft, CCTV quoted Li Ruixing, the president of the PLA National Defense University's joint logistics academy, as saying.

"We … explored a new model of military cargo delivery in joint combat as well as in strategic and tactical logistics support," Li said.

Since transport planes usually do not need to make intense and complicated maneuvers like fighter jets, even heavier cargo delivery missions could become unmanned if this technology becomes mature, a military expert who asked not to be named told the Global Times on Sunday.

Airdrops often take place within the range of hostile anti-aircraft fire, so being unmanned lowers risk to life, the expert said.

The exercise also means that the Chinese military now has the first large unmanned equipment in its logistics arsenal, the CCTV report said, noting that the mission was carried out on a plateau with a complicated terrain.

"The exercise met our expected objective. It is very significant for our unmanned logistics chain in future warfare," said Bi Guangyuan, executive director of the exercise, CCTV reported.

From Henri K blog on the same subject

Please, Log in or Register to view URLs content!
China has a large fleet of Y 5 that is now demobilized and replaced by Y12 B They can convert it to robot cargo drone
Chinese army tests supply by cargo drone

In China, there is an old saying that "rations and fodder should always leave before the troops" (兵马 未 动, 粮草 先行). Today, the higher the level of technicality of an army, the greater its dependence on efficient and available logistical support. Equipment, ammunition, rations, fuels ... all this requires a network and means of distribution capable of following and supporting operations on different theaters, sometimes difficult to access. And it is precisely in this context that the idea of using a drone to supply troops continues to gain ground, at least in the minds of the leaders of the Chinese army.

After conducting some tests locally, including quadrocopter drones of small capacity, the Chinese army has just done a few days ago a trial of supply by UAV larger scale, whether in terms of projected mass or distance traveled. 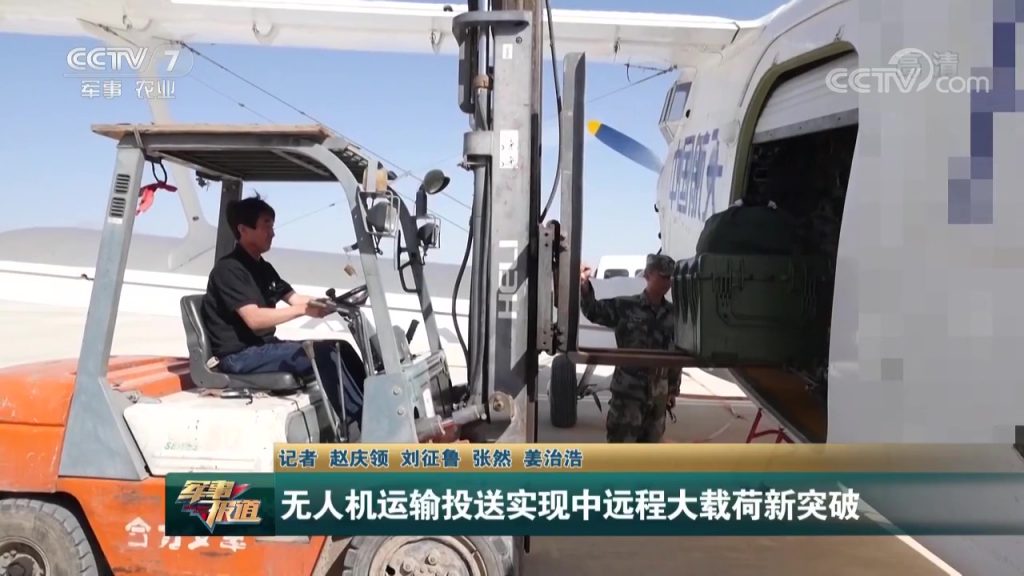 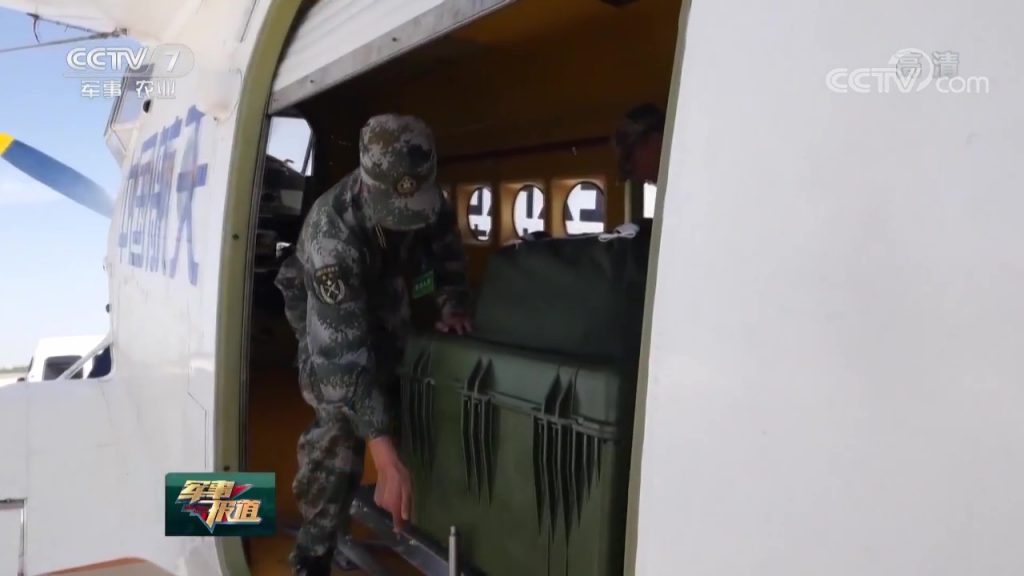 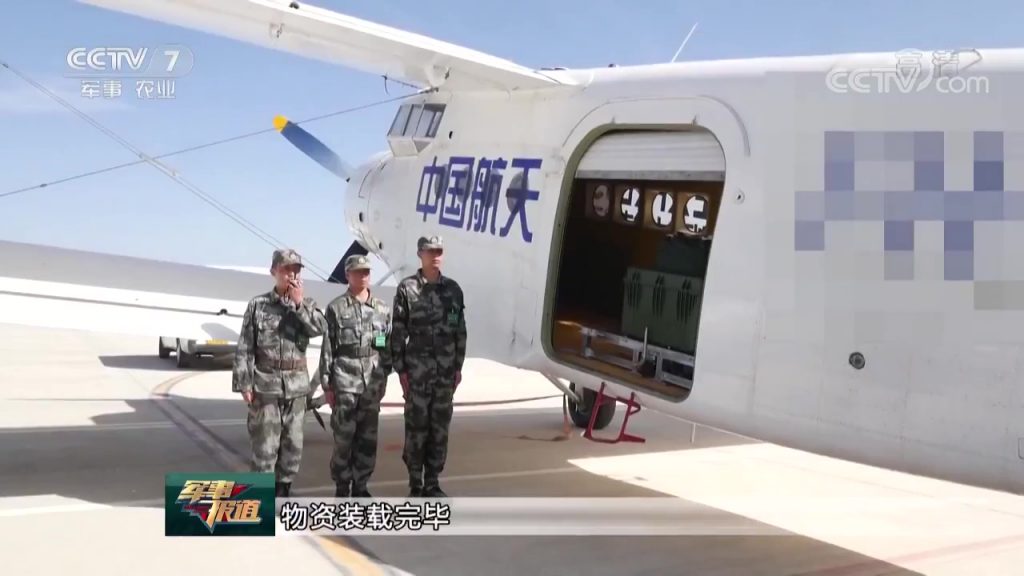 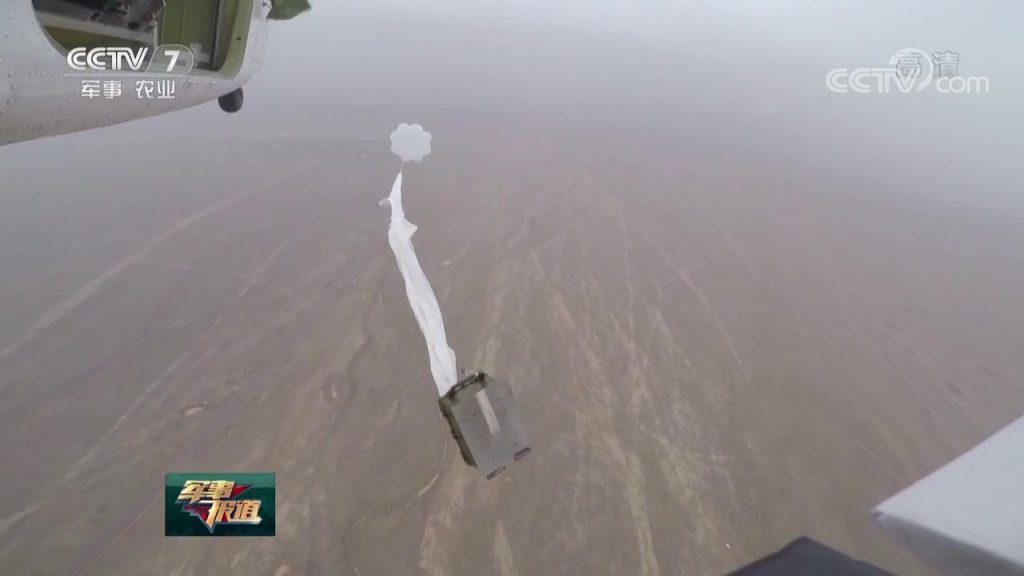 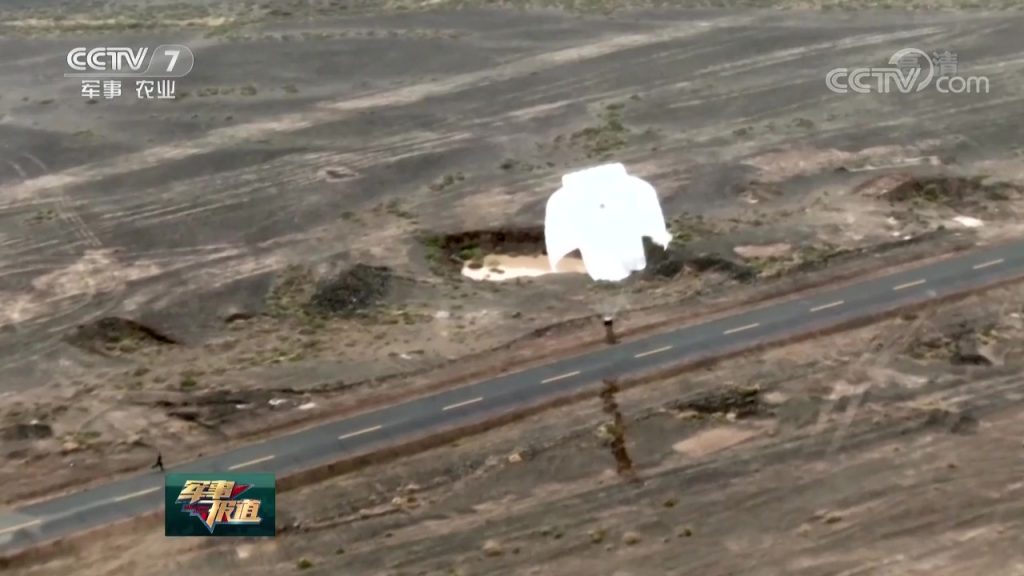 If the short TV report gave no details, at least not openly, on the exact model of the drone and the place and course of the test, and even took care to blur part of the registration on the device , the interview of the leaders of the NUDT team in charge of the test still allows to know that the parachuted cargo weighs "more than 500 kg", and the drone has traveled "more than 500 km" before releasing its load via the side door.

Further study of the video suggests that the drone took off from a small airfield in Gansu Province (甘肃 省), that of Zhangye Danxia (张掖 丹霞 通用 机场), and the parachute site is next to a Departmental road relatively desert.

As for the model of the drone used, the only one designed (and modified) by CASC from the Y-5 platform is in fact FH-98 (飞鸿 -98). This is a program originally co-developed with the Chinese logistics giant SF Express. The drone, which made its maiden flight on October 16, 2018 (see
Please, Log in or Register to view URLs content!
), has been transformed from a Y-5B. With a MTOW of 5,250 kg, it is capable of carrying up to 1,500 kg under load, and flying over a maximum range of 1,200 km.

Given the figures announced for this test, namely "more than 500 kg" of cargo and "more than 500 km" in distance traveled by the drone, it is possible that it is a test at the limit of operational range of the aircraft, knowing that this distance already exceeds that between a refueling base and a position in front line usually observed.

The mode of delivery, ie by parachuting and not by unloading a drone placed on the ground, could mean that the focus of the test is rather on the supply of units in areas that do not have adequate infrastructure or at least difficult access, as in the mountains for example. We can see the words "tactical and strategic support exercise" on a banner in front of a few dozen military observers who came to attend the test.
Last edited: Jun 24, 2019

It should be noted that this test with the drone FH-98 on behalf of the Chinese army is not the first of its kind in China. Indeed, the TB001 "Double-tailed Scorpion" drone, developed by Tengden (腾 盾 科技) with funding from SF Express, had
Please, Log in or Register to view URLs content!
, dropping a profiled bunker with parachute.

But the simulated use case in this Tengden test in 2017 is quite different from last week's NUDT - The scenario simulates the rapid delivery of emergency repair supplies by a drone, for a ground relay station who suffered damage as a result of a natural disaster, and that the necessary equipment could not be transported by land.

If the test in 2017 is rather civilian, this year's test conducted by the teams of NUDT and CASC is clearly military, although the means deployed are similar.

Staff place packages into the U650 before it traveles from Jinshan to Zhoushan Photo: A screenshot of WeChat account iJinshan U650 flies over the sea with packages from Jinshan to Zhoushan Photo: A screenshot of WeChat account iJinshan

A large fixed-wing amphibious drone was used for the first time in China to deliver mail packages across the sea to scattered islands.

The U650 amphibious drone took off from Jinshan district, Shanghai, in the morning of May 29. The aircraft landed in waters near Shengsi Islands, Zhoushan, East China's Zhejiang Province, 52 minutes later after a 110-kilometer flight, news website thepaper.cn reported on Sunday.

The deployment of the amphibious drone is significant as postal services through normal transportation to so many islands in Zhoushan have proven inconvenient.

The U650 can carry a load of 250 kilograms, including fresh food and e-commerce products.Four to six hours can be saved in one delivery from Jinshan to Zhoushan when the drone is used to replace trucks and ships, local news WeChat account iJinshan reported.

Capable of taking off and landing from the sea, the drone requires no additional infrastructure construction costs. As the flight is conducted above the sea, it also minimizes safety risks (of falling and causing casualties.) The flight was considered a test, as the service provider is looking to expand the model in Hangzhou Bay in Zhejiang and Bohai Strait.
L 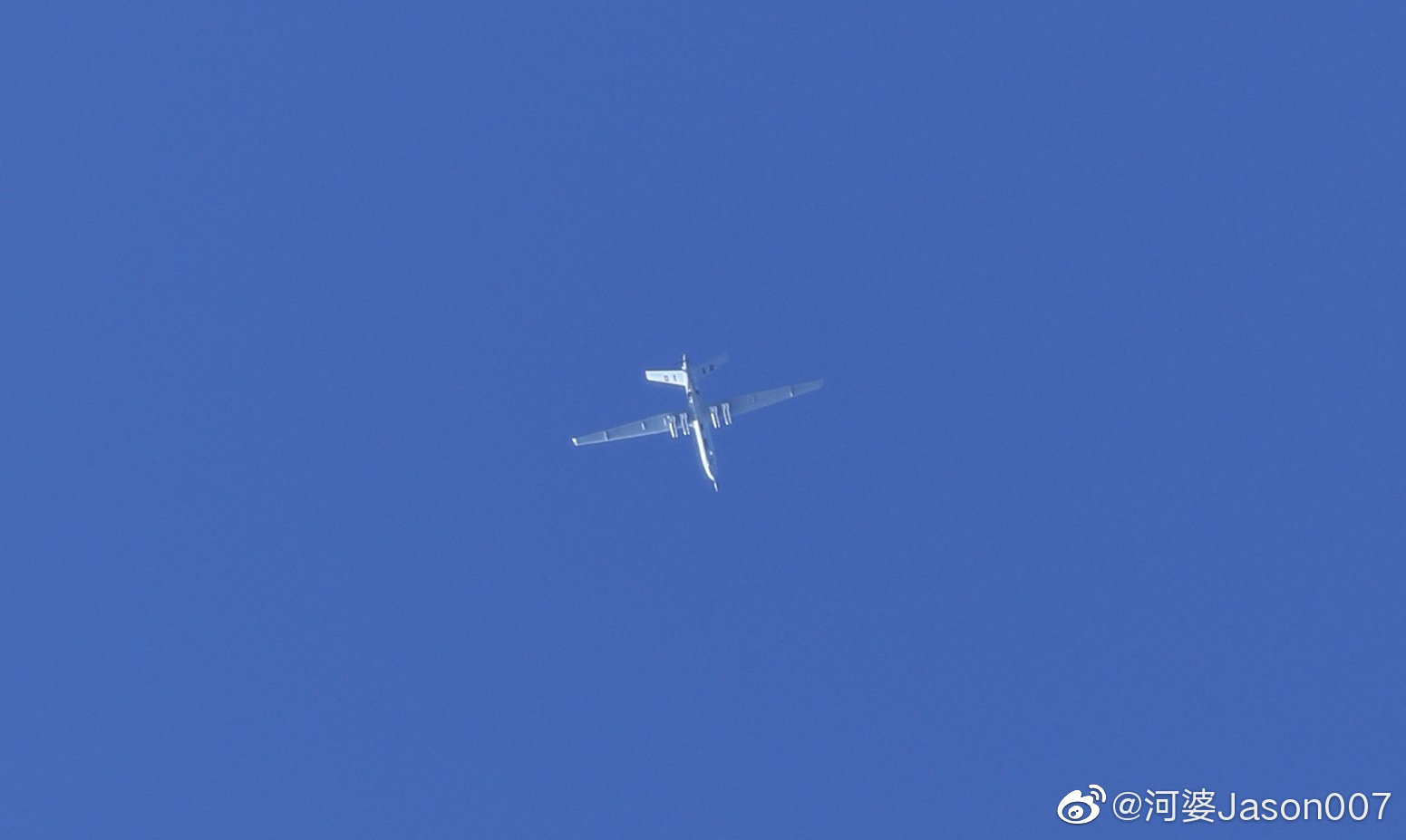 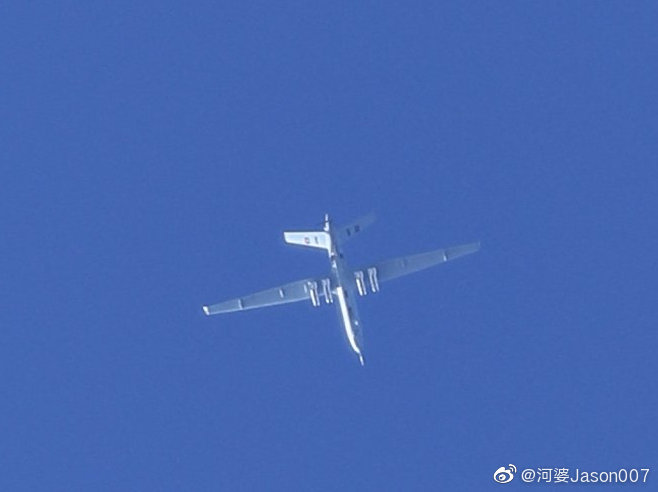