Innovative vessel will be first fully electric ship-handling tug with 70 tonnes bollard pull
On 29th July, New Zealand’s Ports of Auckland signed a contract with the Damen Shipyards Group for the delivery of an innovative new vessel. The RSD-E Tug 2513 will be the first fully-electric ship-handling tug in the world with 70 tonnes bollard pull. The vessel completes the green cycle of energy in the port with its unrivalled performance in sustainability.
Building on green foundations

Please, Log in or Register to view URLs content!
Damen’s
Please, Log in or Register to view URLs content!
, unveiled in 2018, already boasts extreme green credentials, being fuel-efficient and IMO Tier III ready. When the Ports of Auckland were looking to go a step further in terms of sustainable performance, they turned to Damen.
“We have set ourselves the goal of being zero emission by 2040,” says Tony Gibson, CEO of Ports of Auckland. “To meet this goal we needed to find a zero emission option for our tugs.”
“When we first looked into buying an electric tug in 2016, there was nothing on the market,” says Allan D’Souza, Ports of Auckland’s General Manager for Marine, Engineering and General Wharf Operations.
“We are very happy with our existing Damen ASD Tug 2411 and we knew Damen were building hybrid tugs, so Damen was a logical choice for a partner when we wanted to look at the possibility of developing a fully electric model. Damen’s willingness to think differently and invest in the necessary research and development has been critical to the success of this project.”
Damen design and proposal engineer Tugs Marc Baken takes up the story. “We looked into the request and we saw that it was technically possible. The next step was to consider the feasibility of full electrical operation from a business perspective.”
For this, Damen took data from the operational performance of Ports of Auckland’s existing ASD Tug 2411 and was able to work out what the battery requirements would be for the RSD-E Tug 2513.
Not re-inventing the wheel
As is usual of the Dutch shipbuilder’s approach, Damen’s role in the development and construction of the RSD-E Tug 2513 extends beyond shipbuilding. Damen is involved in the entire process, from start to finish.
“This involves working to our philosophy of modularization and standardisation,” says Marc. “Taking proven components already in the market place and applying them to the vessel, for reliable efficiency.”
This includes, for example, the charging station, which is based on technology that has already demonstrated it credentials in the automotive industry. A simple system, it features four cables on the vessel being connected to the station. Once connected, the 1.5MW charger takes just two hours to fully charge RSD-E Tug 2513.
Highly redundant
The tug has high levels of redundancy in its power systems. The electrical system has built-in redundancy, with the batteries arranged in strings; if one battery in a string fails, the others simply carry on the work.
To ensure absolute safety – of utmost importance in shipping – the tug also has two 1000kW generator sets. They provide enough power for the tug to operate at 40 tonnes bollard pull in the event of an electrical system failure or if the vessel needs to operate beyond its battery capacity.
To be clear though, this is not a hybrid system. In normal operation, the generators will not be used as the vessel and its battery system has been designed to meet the port’s normal operational needs.
Serving the energy transition
Like Damen, Ports of Auckland and New Zealand as a nation are committed to sustainability. Already around 40% of primary energy generated in the country comes from renewable sources, including 80% of electricity, which comes primarily from hydropower and geothermal power.
“As a result of this,” explains Sjoerd de Bruin, Damen sales manager Asia Pacific, “The RSD-E Tug 2513 completes the cycle of sustainability, being not only clean on emissions, but also in its source of power. This is great news for the region and also for other ports around the world with green ambitions. Ports of Auckland have taken a bold step in pioneering the use of fully electric harbour tugs and it is an honour to work with them on this project. This aligns neatly with our mission of reforming the maritime industry. We are not only building a tug, we are using disruptive technology to help serve the energy transition. We aim to use the lessons learned on this project – as well as those on others we are involved with, such as the development of fully electric ferries and waterbuses – to increase the sustainability of the entire portfolio of products and services that Damen provides.”
T

Registered Member
Just so happens that Damen Shipyards has a shipyard branch in Changde, Hunan, China that happens to make...tugboats. This Chinese shipyard started making boats and ships in 1951 and was bought by Damen in 2002.

So fast not just one but two huge tankers are being built, one in the final fitting stages. DSIC is involved with tanker projects as of late, and Dalian is home port to one of COSCO's tanker arms. You can see the way that tanker fills up so completely the same drydock used to make the Shandong.
T

Registered Member
CSSC leads the world in ship orders, with 31 in the first quarter.

Registered Member
I have been trying to identify this strange platform like ship, and at 6:39, the video describes it as an island builder.

Tam said:
I have been trying to identify this strange platform like ship, and at 6:39, the video describes it as an island builder. 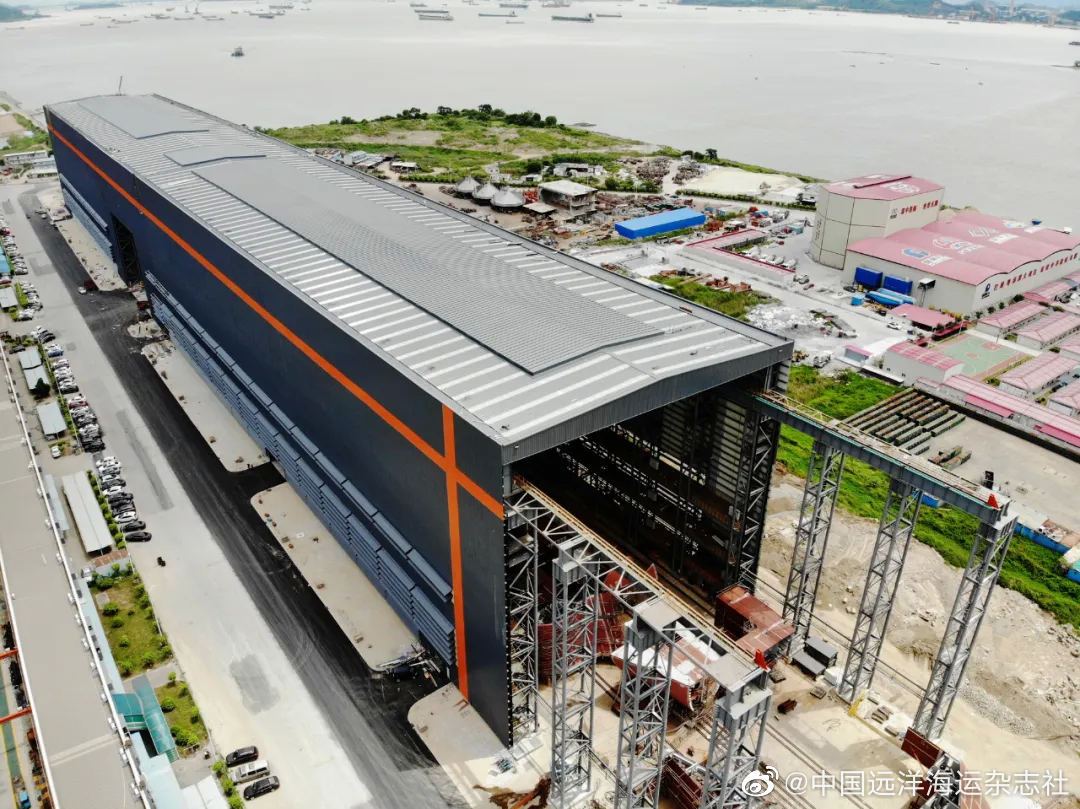 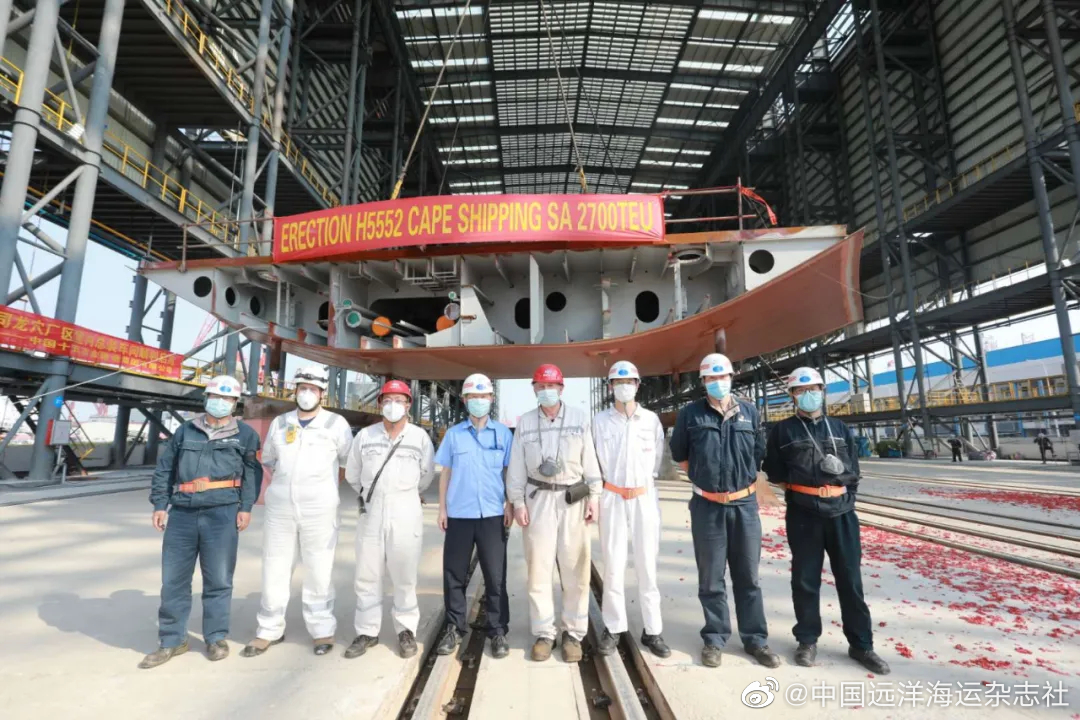 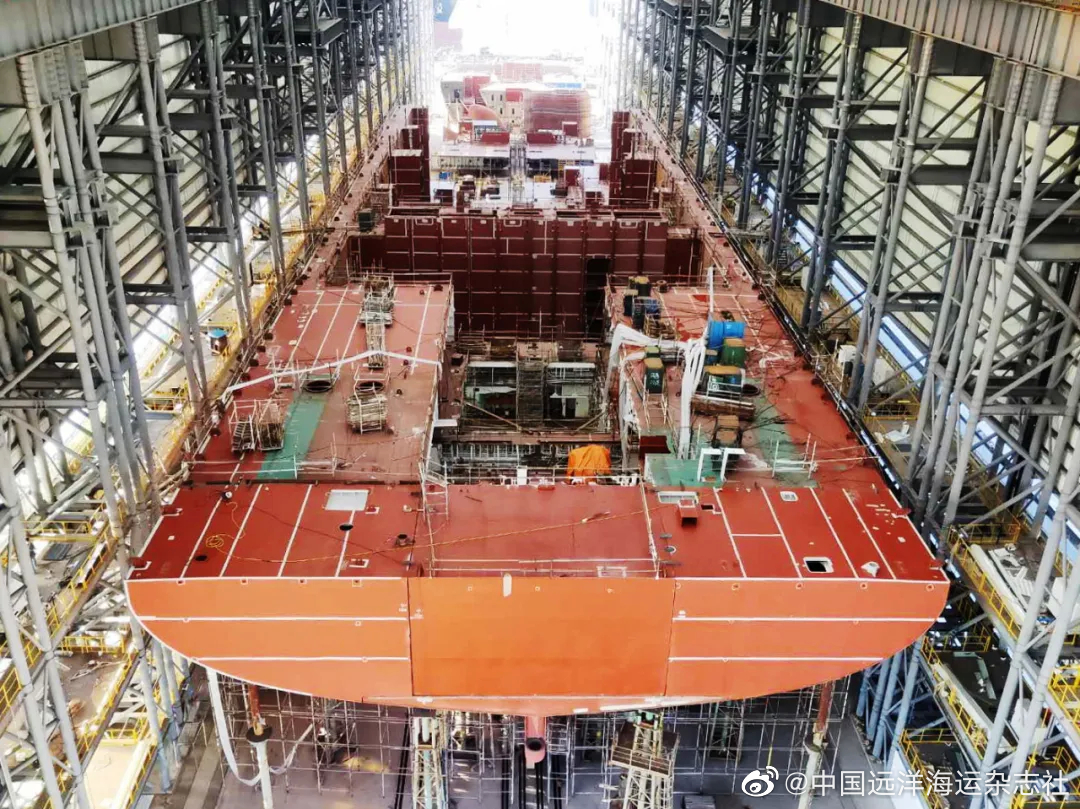 Registered Member
There used to be one, and now there are three of these CMA CGN mega containerships. Their corporate owners would be pleased with the quick production and timely delivery. From the Type 003 thread.

Xuelong II icebreaker made an appearance in Shanghai. 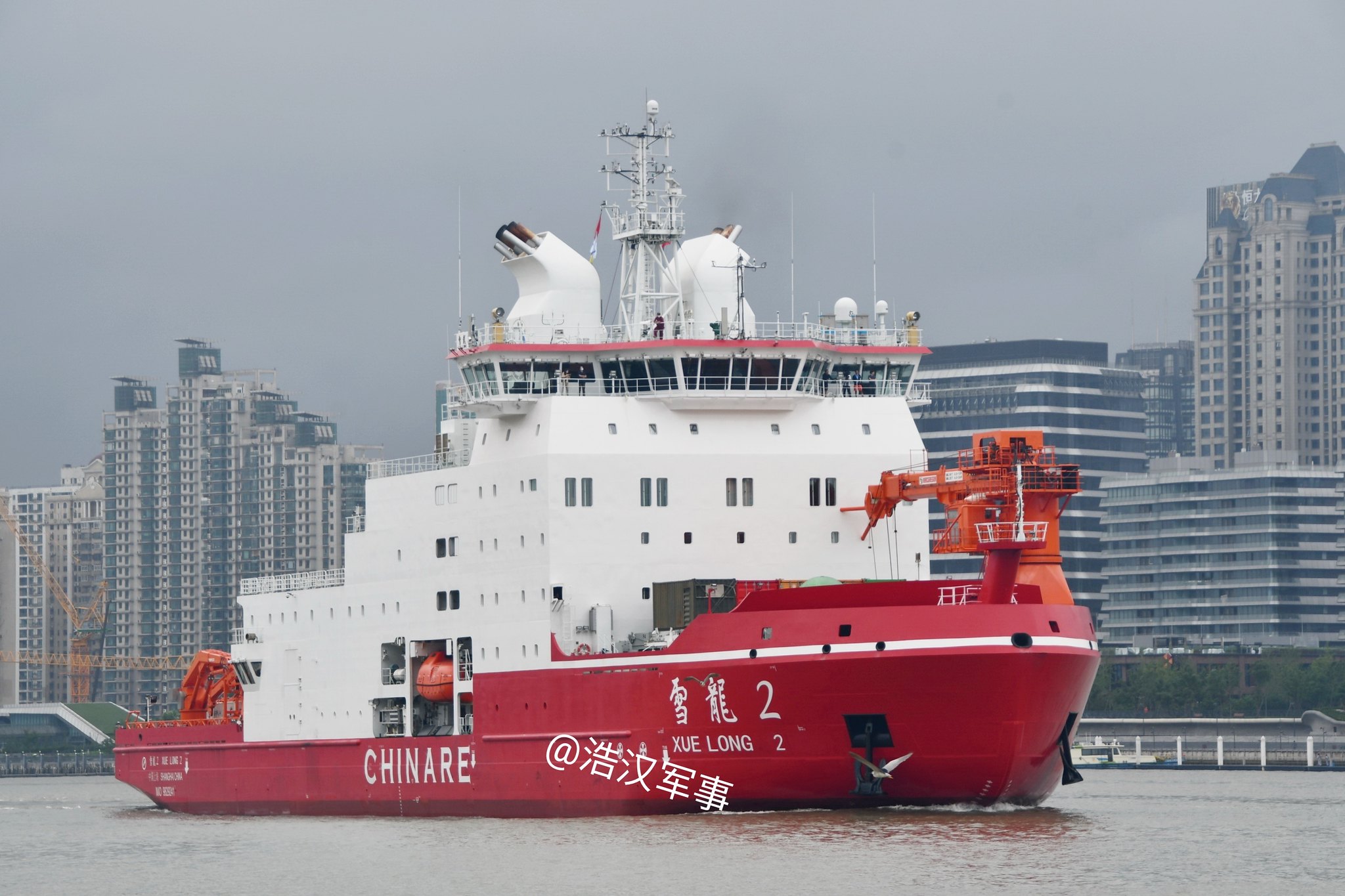 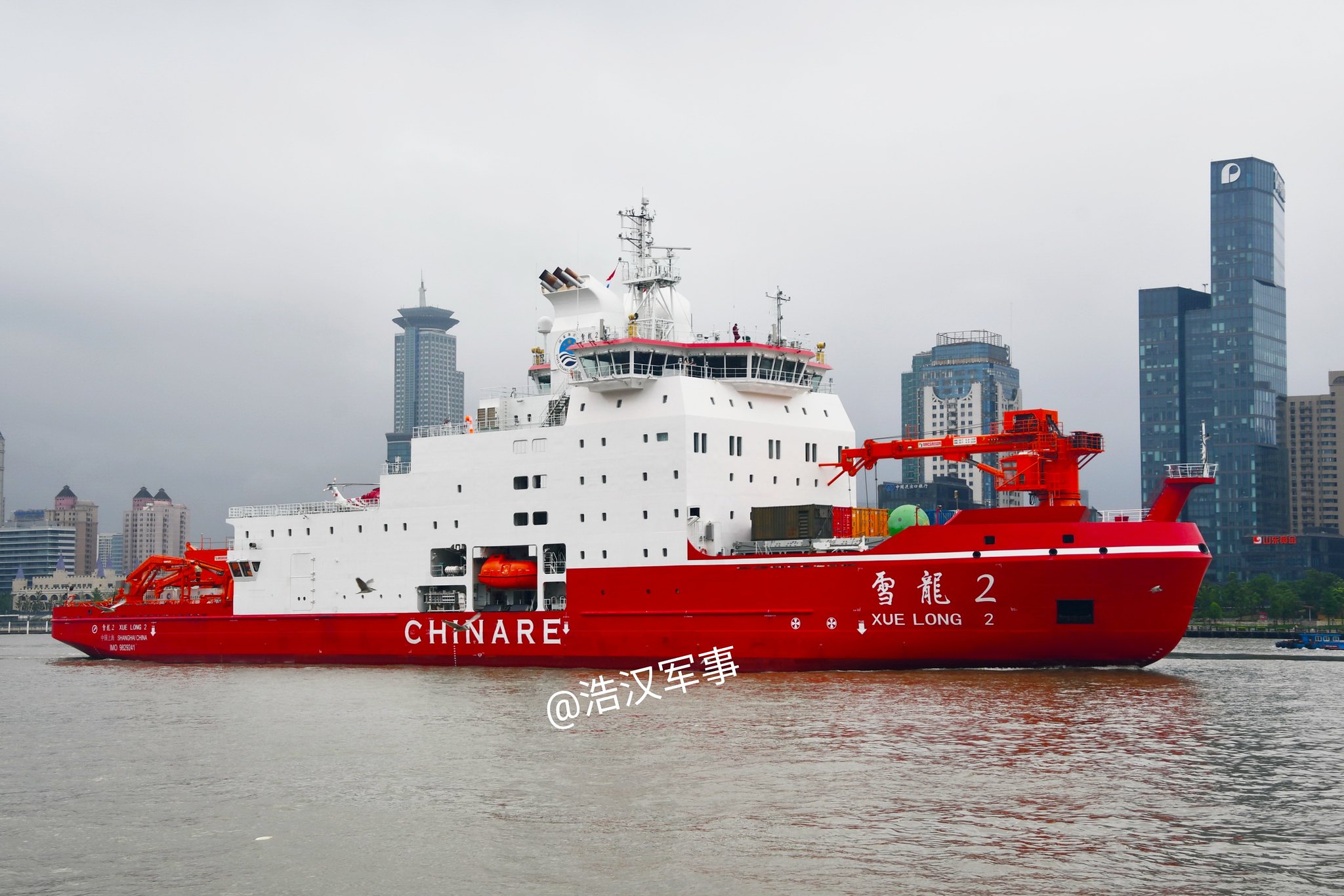 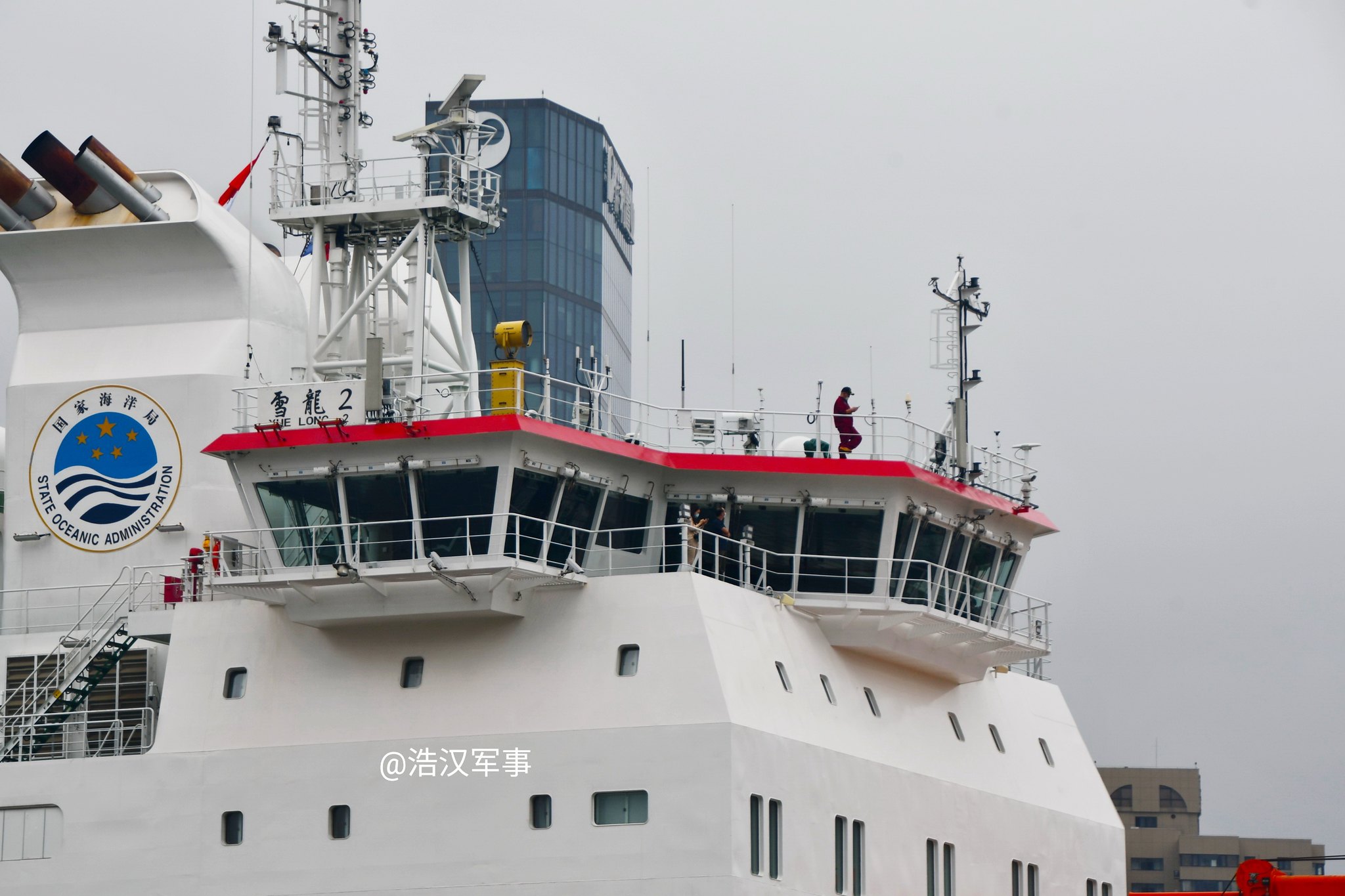 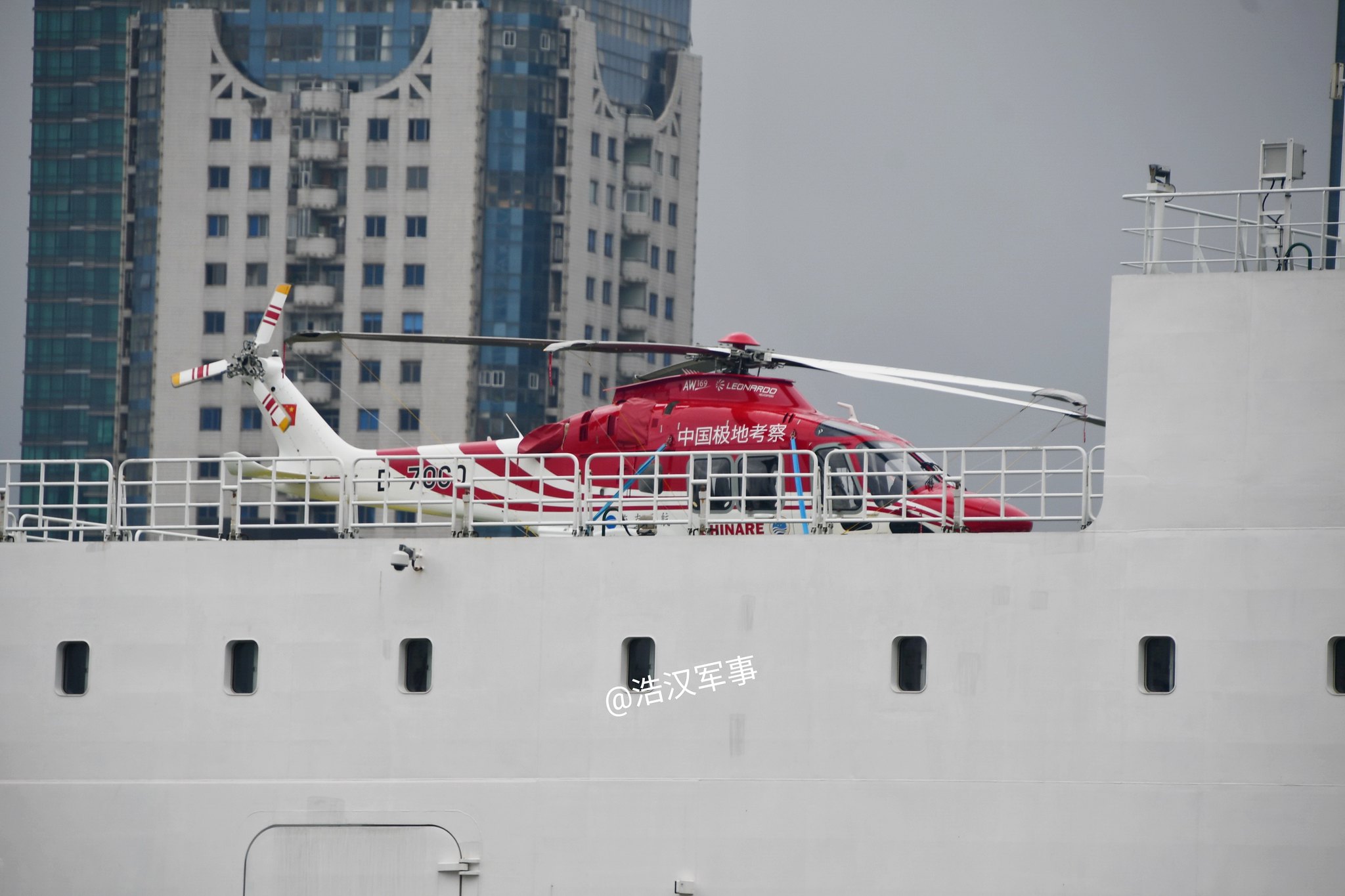 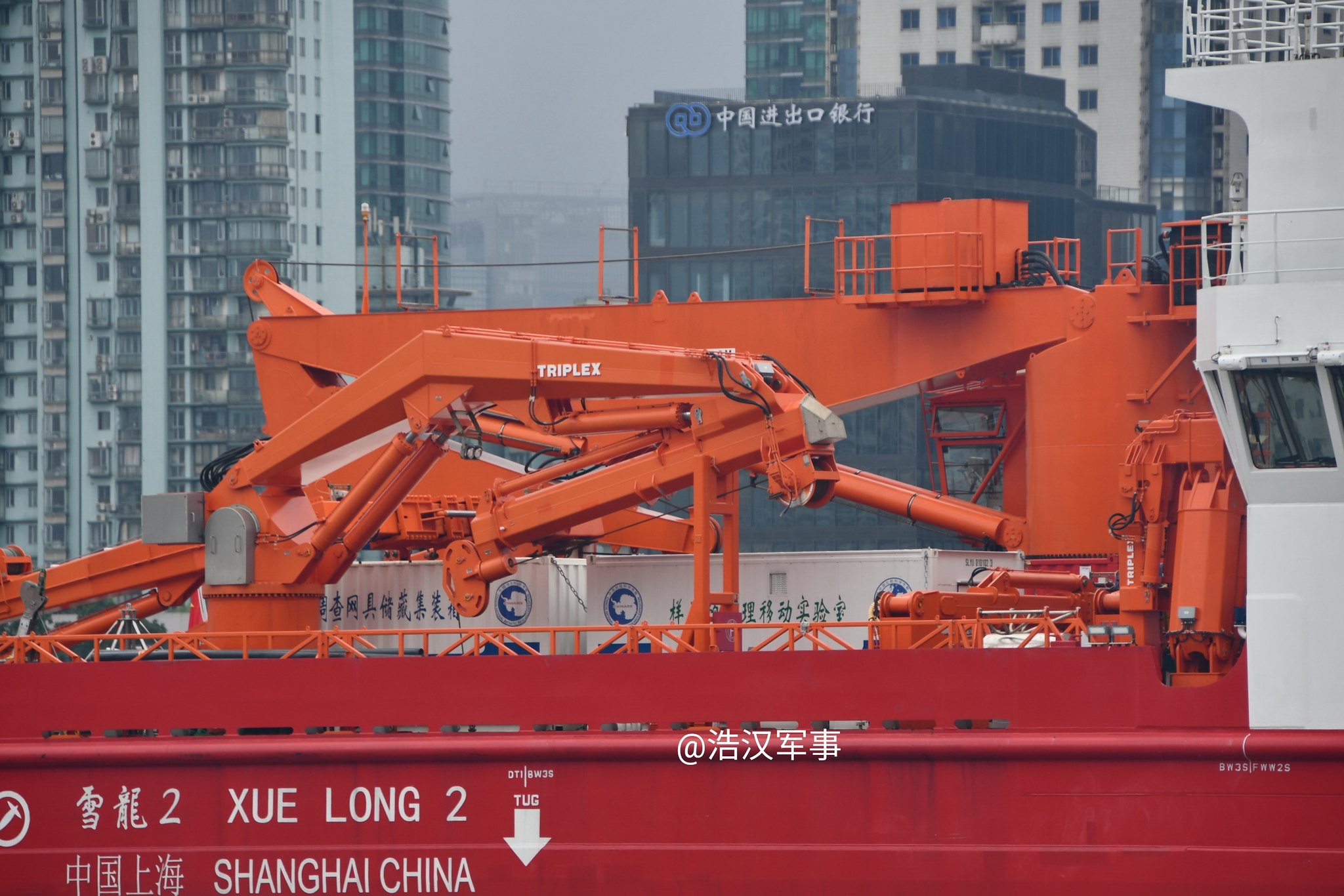