In an article introducing AEW system aircraft written by the 14th Research Institute of China Electronics Technology Group Corporation (CETC) and posted on its public WeChat account on Tuesday, the company not only gave an overview on the history and facts of AEW carrying aircraft around the world, but also shared its vision on how this type of warplane could develop in the future.

Future AEW aircraft will become conformal, meaning antennas and sensors will be integrated into the aircraft's fuselage, the article said, noting that this will contribute to the warplane's aerodynamic and stealth capabilities and allow it to carry larger payloads.

AEW system aircraft usually have a radome -- where antennas and sensors are stored -- mounted on top of its fuselage. A military expert who asked not to be named told the Global Times that this structure results in extra air drag and reflects more radar waves, making the aircraft cumbersome and easy to detect.

Future AEW aircraft will be more interconnected to a combat network, making it capable of receiving data from land, sea, air and space-based platforms, which can then provide support to combatants, according to the CETC article.

The article gave this example: A fighter jet could use target information received from AEW aircraft to deliver a strike without using its own radar, which could be suppressed in electronic warfare or intentionally shut down to maintain stealth, analysts said.

Radars on AEW aircraft will also become smarter, allowing them to scan and identify targets intelligently, while independently protecting themselves from jamming, the article said, adding they will also be able to better allocate resources and will be more user-friendly.

Without a human pilot or crew, the aircraft will likely be smaller and stealthier, the article said.

Via Grandy if this is true it will be revolutionary 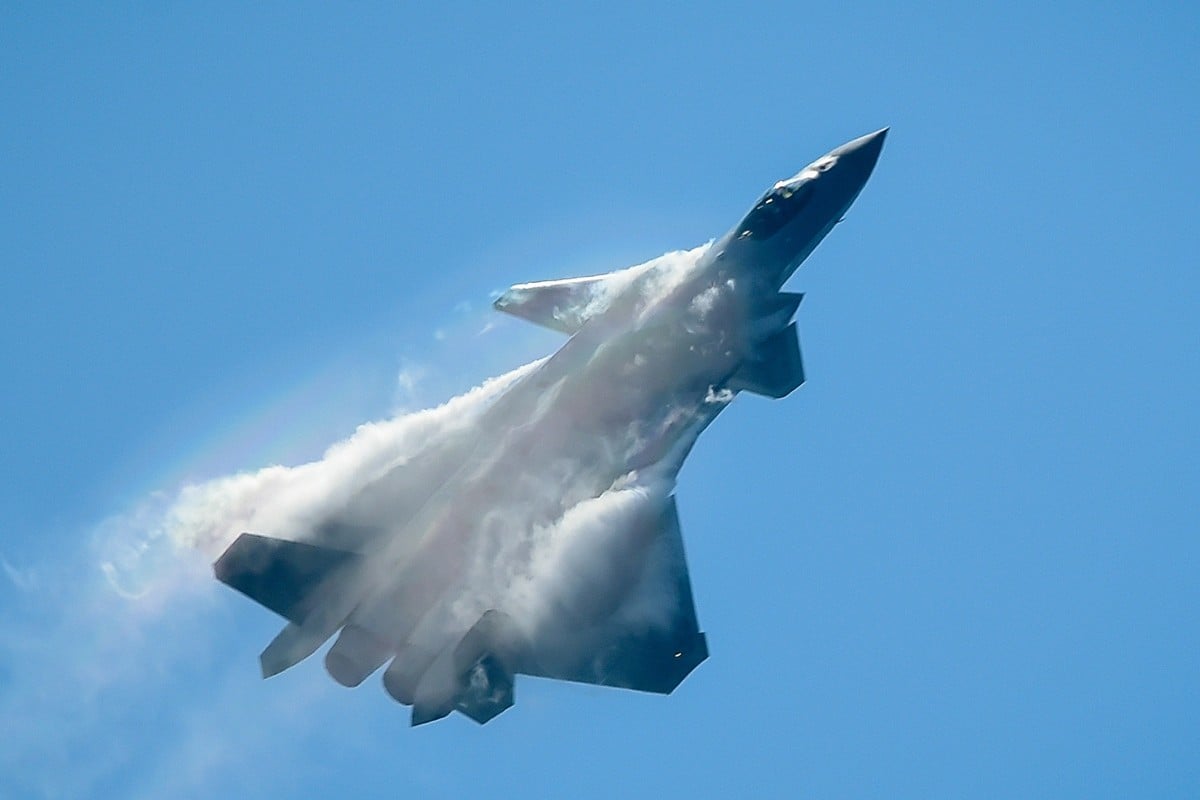 Chinese scientists have achieved a series of breakthroughs in stealth materials technology that they claim can make fighter jets and other weaponry lighter, cheaper to build and less vulnerable to radar detection.

Professor Luo Xiangang and colleagues at the Institute of Optics and Electronics, Chinese Academy of Sciences in Chengdu, Sichuan province, said they had created the world’s first mathematical model to precisely describe the behaviour of electromagnetic waves when they strike a piece of metal engraved with microscopic patterns, according to a statement posted on the academy’s website on Monday.

With their new model and breakthroughs in materials fabrication, they developed a membrane, known as a meta surface, which can absorb radar waves in the widest spectrum yet reported.

At present, stealth aircraft mainly rely on special geometry – their body shape – to deflect radar signals, but those designs can affect aerodynamic performance. They also use radar absorbing paint, which has a high density but only works against a limited frequency spectrum.
In one test, the new technology cut the strength of a reflected radar signal – measured in decibels – by between 10 and nearly 30dB in a frequency range from 0.3 to 40 gigahertz.

A stealth technologist from Fudan University in Shanghai, who was not involved in the work, said a fighter jet or warship using the new technology could feasibly fool all military radar systems in operation today.

“This detection range is incredible,” the researcher said. “I have never heard of anyone even coming close to this performance. At present, absorbing technology with an effective range of between 4 and 18 GHz is considered very, very good.”

The lower the signal frequency, the longer a radar’s detection range. But detailed information about a moving target can only be obtained with higher frequency radio waves. Militaries typically use a combination of radars working at different frequencies to establish lines of defence.

The Medium Extended Air Defence System, Nato’s early warning radar, operates at a frequency range of 0.3 to 1 GHz. The American Terminal High Altitude Area Defence system, the missile defence radar that caught Beijing’s attention when it was deployed in South Korea in 2017, operates at frequencies around 10 GHz.

Some airports use extremely short-range, high-frequency radars running at 20 GHz or above to monitor vehicle and plane movements on the ground, but even they might not be able to see a jet with the new stealth technology until it is overhead.

“Materials with meta surface technology are already found on military hardware in China, although what they are and where they are used remains largely classified,” the Fudan researcher said. Luo and his colleagues could not be reached for comment. But according to the academy’s statement and a paper the team published in the journal Advanced Science earlier this year, the stealth breakthroughs were based upon a discovery they made several years ago.

They found that the propagation pattern of radio waves – how they travelled – in extremely narrow metallic spaces was similar to a catenary curve, a shape similar to that assumed by chains suspended by two fixed points under their own weight.

Inspired by catenary electromagnetics, the team developed a mathematical model and designed meta surfaces suitable for nearly all kinds of wave manipulation.

These included energy-absorbing materials for stealth vehicles and antennas that can be used on satellites or military aircraft.

Zhu Shining, a professor of physics specialising in meta materials at Nanjing University, said the catenary model was a “novel idea”.

“The Institute of Optics and Electronics in Chengdu has conducted long-term research in this area which paved a solid foundation for their discoveries. They have done a good job,” Zhu said.

“Scientists are exploring new features of metal materials, some of them are already in real-life applications.”
I

The biggest application is most likely stealth materials and stealth shaping on future ICBMs and HGVs. By adding 10-30 dBsm reduction, you could potentially make it so that an ICBM is uninterceptable by BMD and thus renew the nuclear deterrent.
S

Inst said:
The biggest application is most likely stealth materials and stealth shaping on future ICBMs and HGVs. By adding 10-30 dBsm reduction, you could potentially make it so that an ICBM is uninterceptable by BMD and thus renew the nuclear deterrent.
Click to expand...

But would the extreme speed of the ICBMs (especially during reentry) destroy the radar absorbent materials on the surface of the warhead? I am asking this because the F-35s risk damage to their radar-absorbent materials at speeds above only Mach 1.2.
A

Josh Luo said:
But would the extreme speed of the ICBMs (especially during reentry) destroy the radar absorbent materials on the surface of the warhead? I am asking this because the F-35s risk damage to their radar-absorbent materials at speeds above only Mach 1.2.
Click to expand...

In the case of the air planes there is a limited few degree plane where it can be considered as low observable, an ICBM bus or RV has to be low observable 360 degree.

Staff member
Super Moderator
Probably will take a decade or more before this sees any practical applications.
L

siegecrossbow said:
Probably will take a decade or more before this sees any practical applications.
Click to expand...

Likely to see it folded into 6 gen fighter research though.

From the National Day parade. All images are high-resolution. 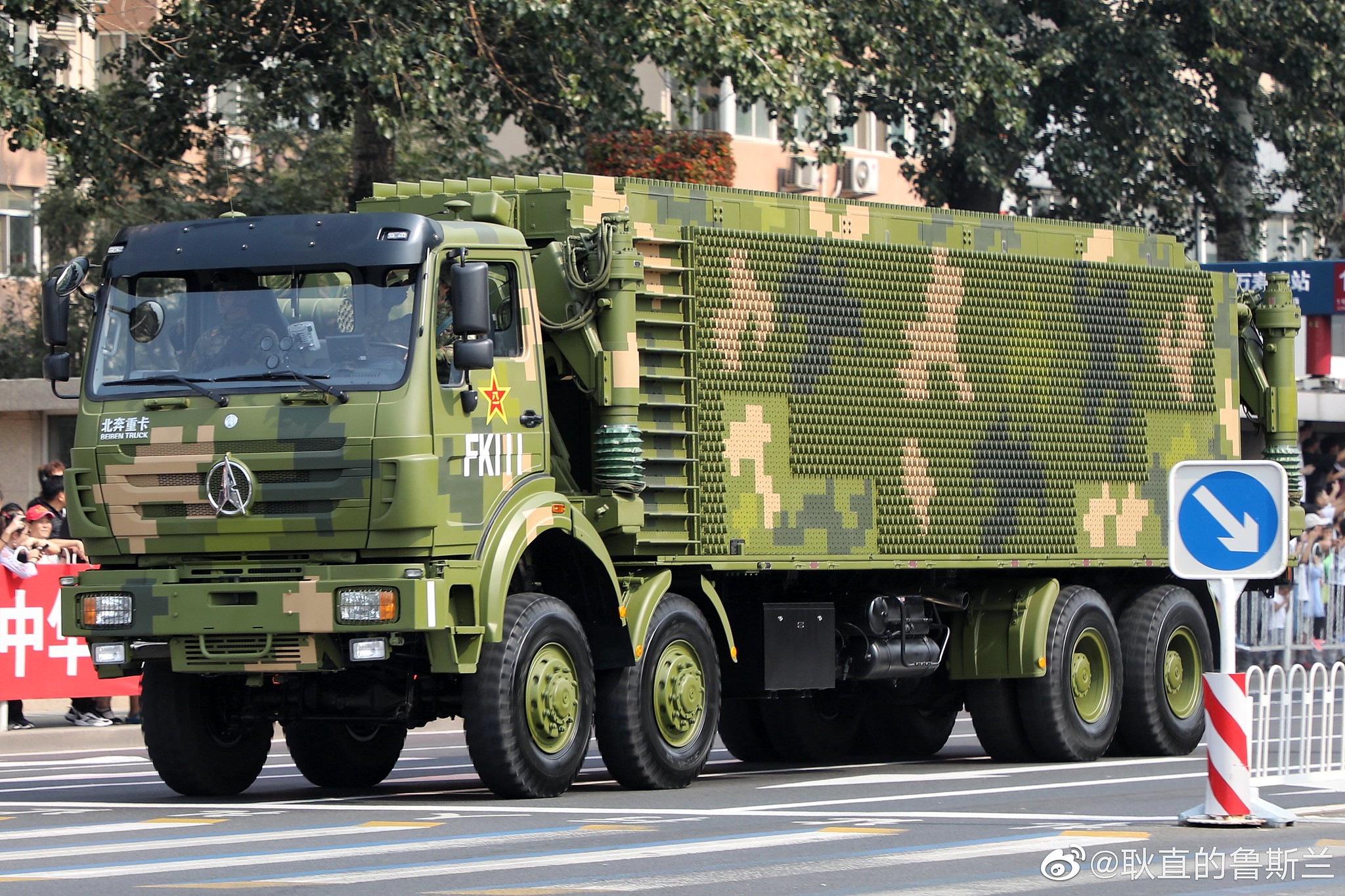 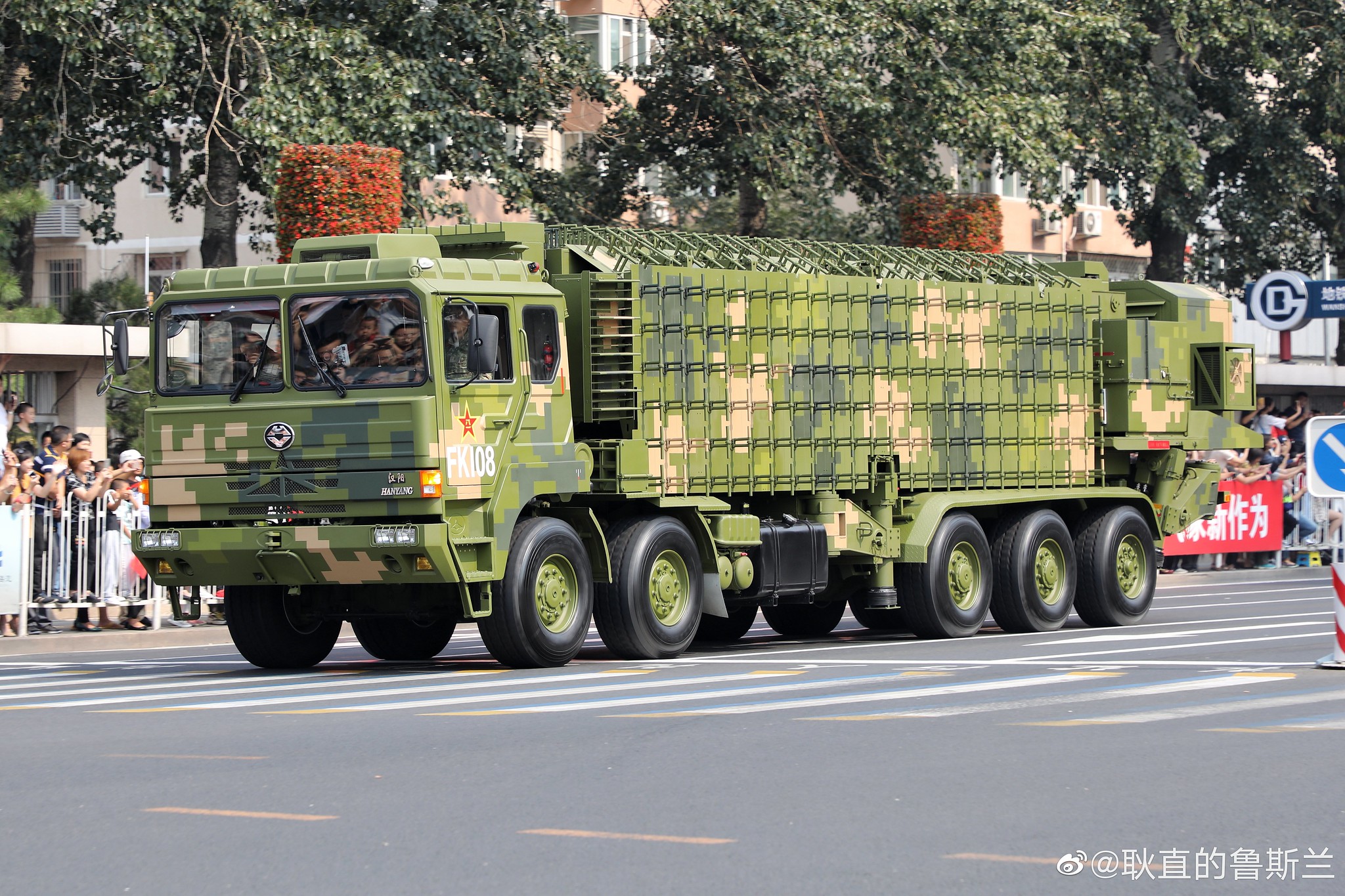 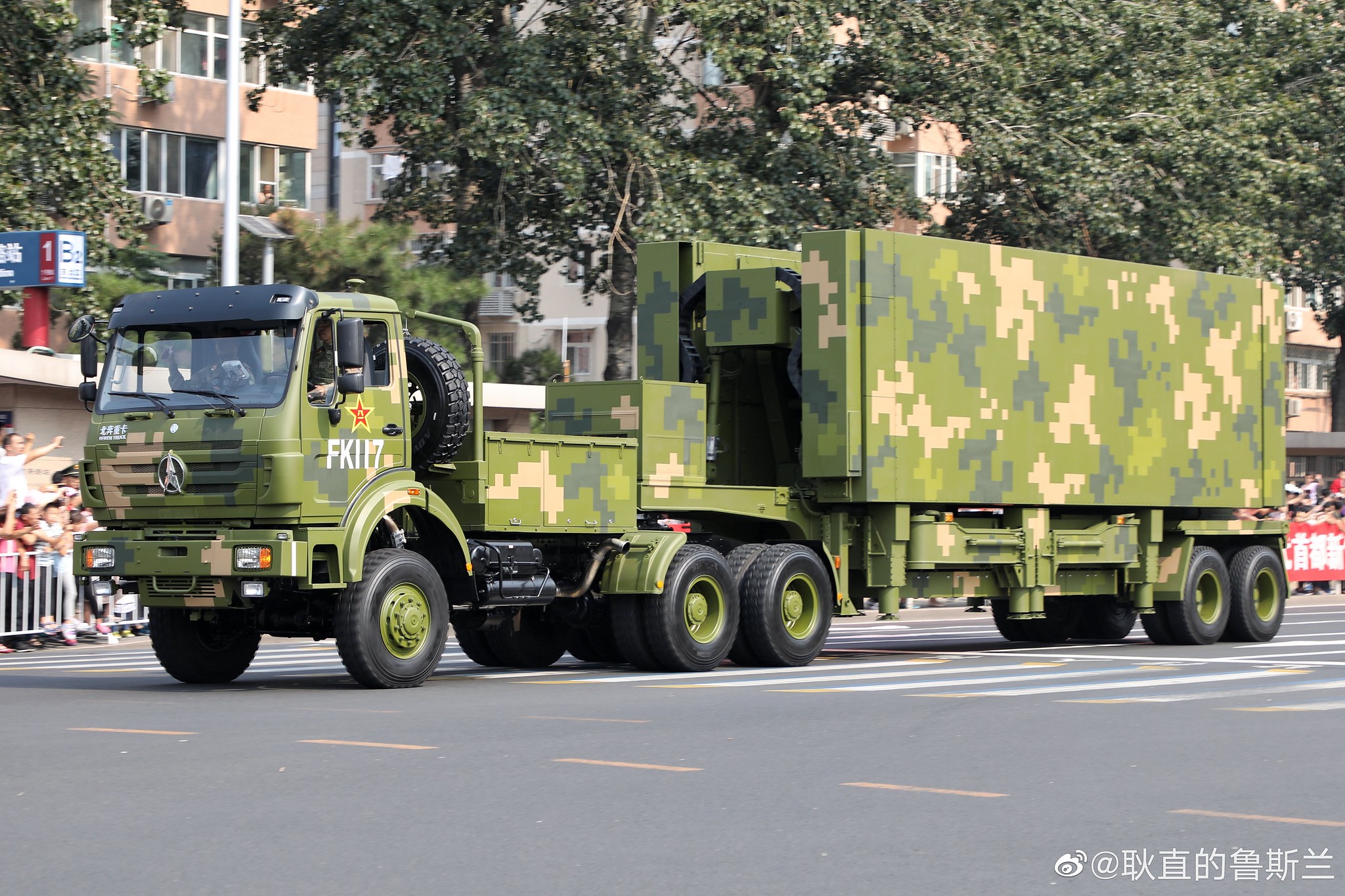 More high-resolution images from the parade. 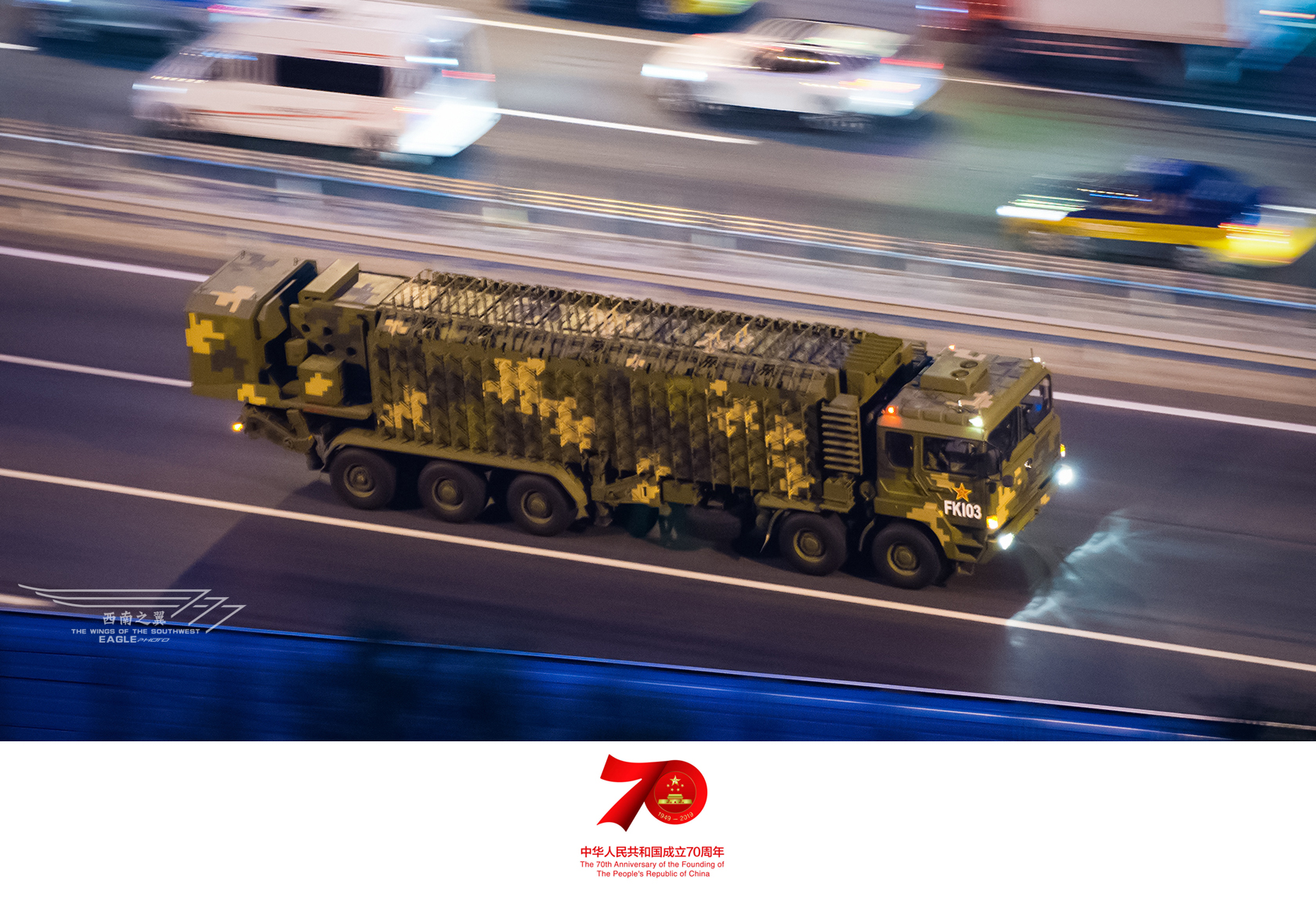 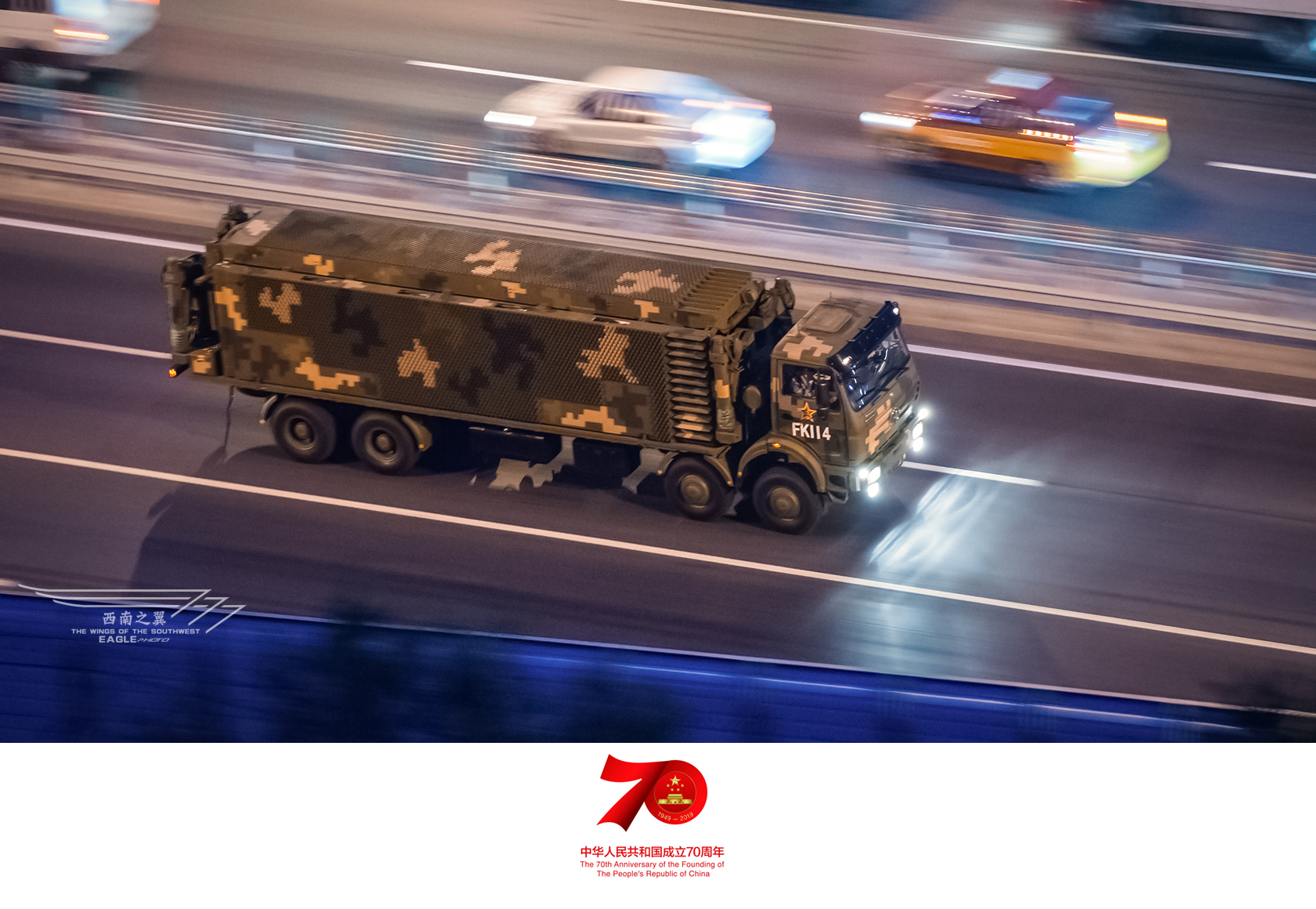 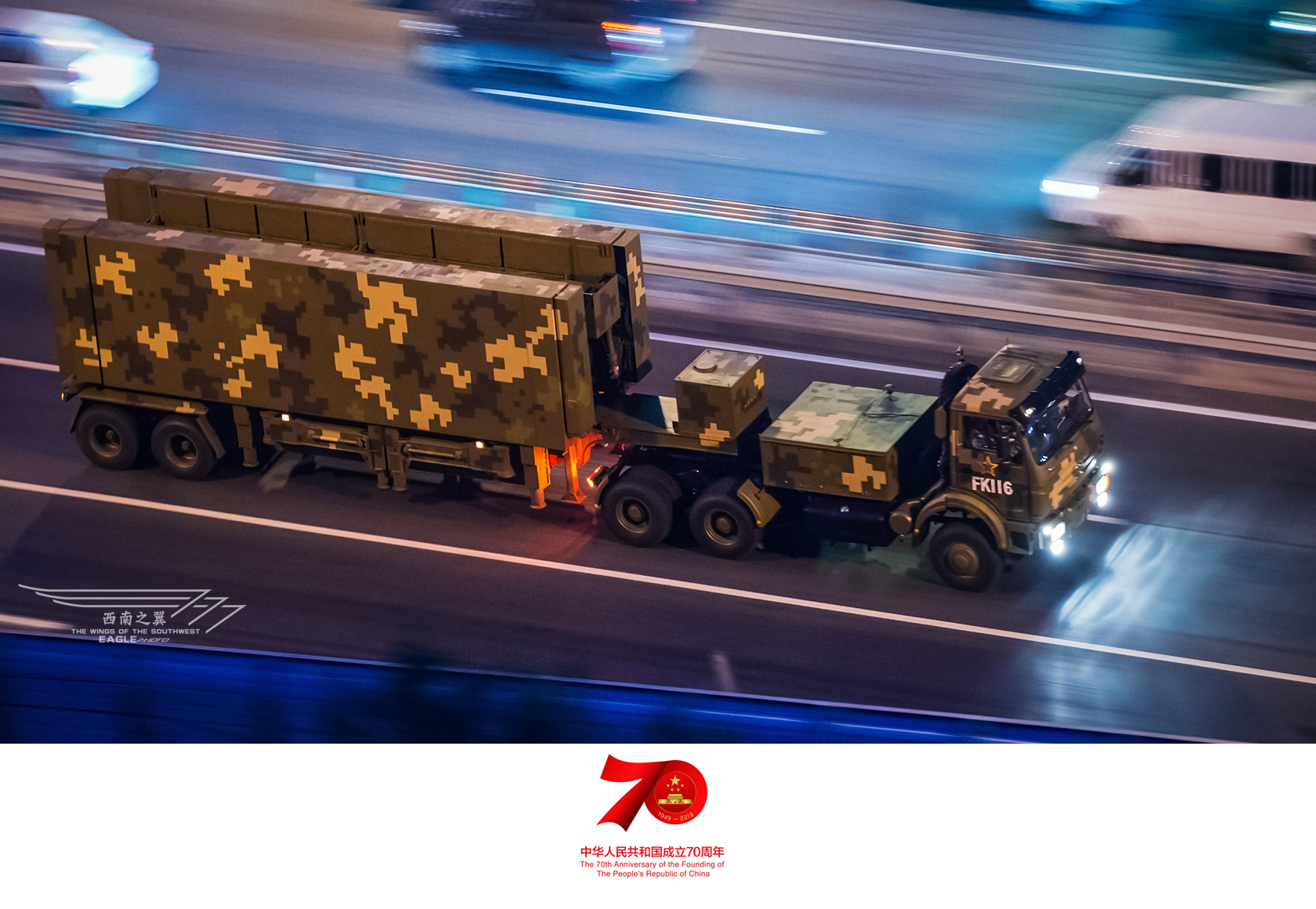 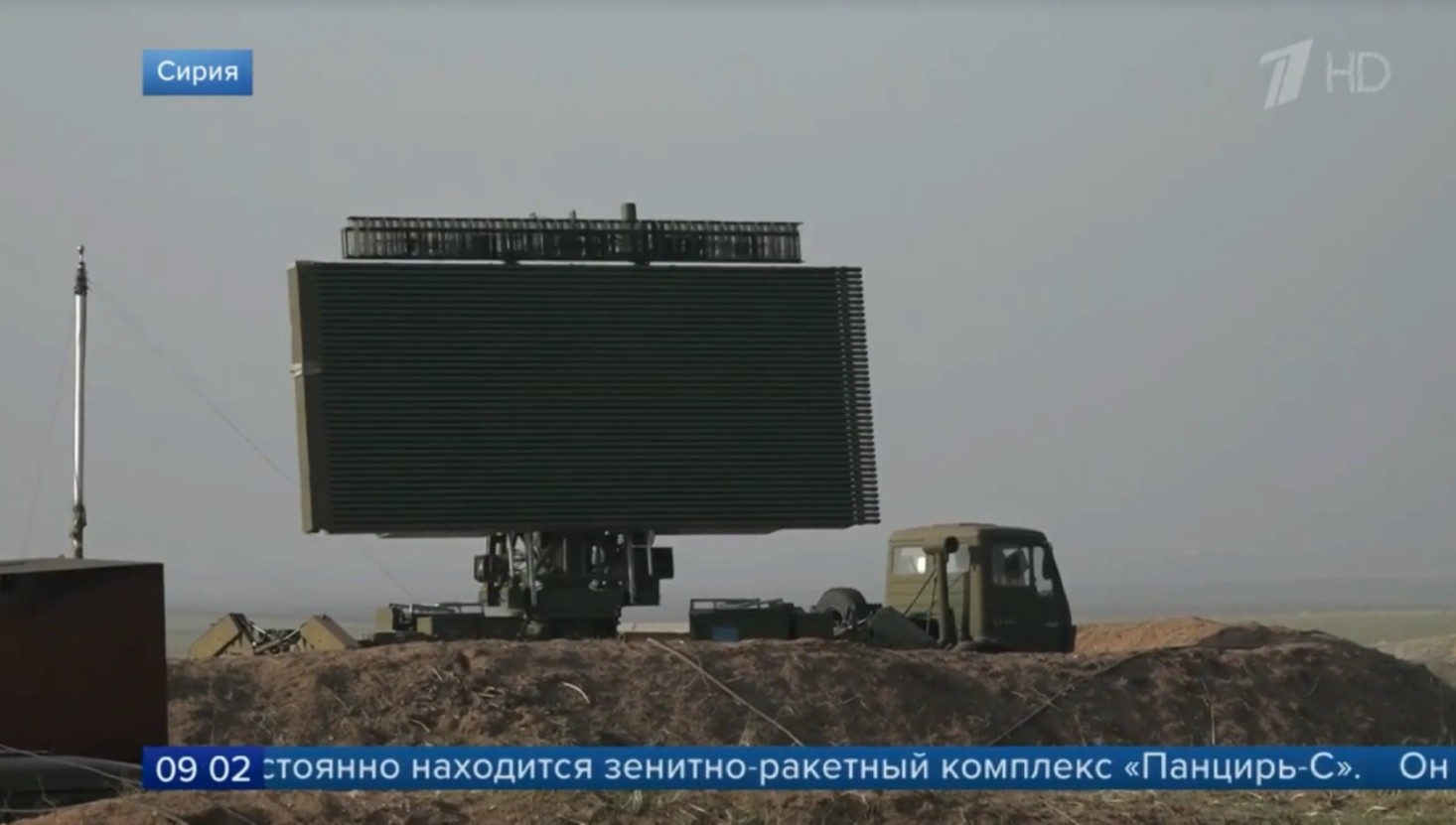 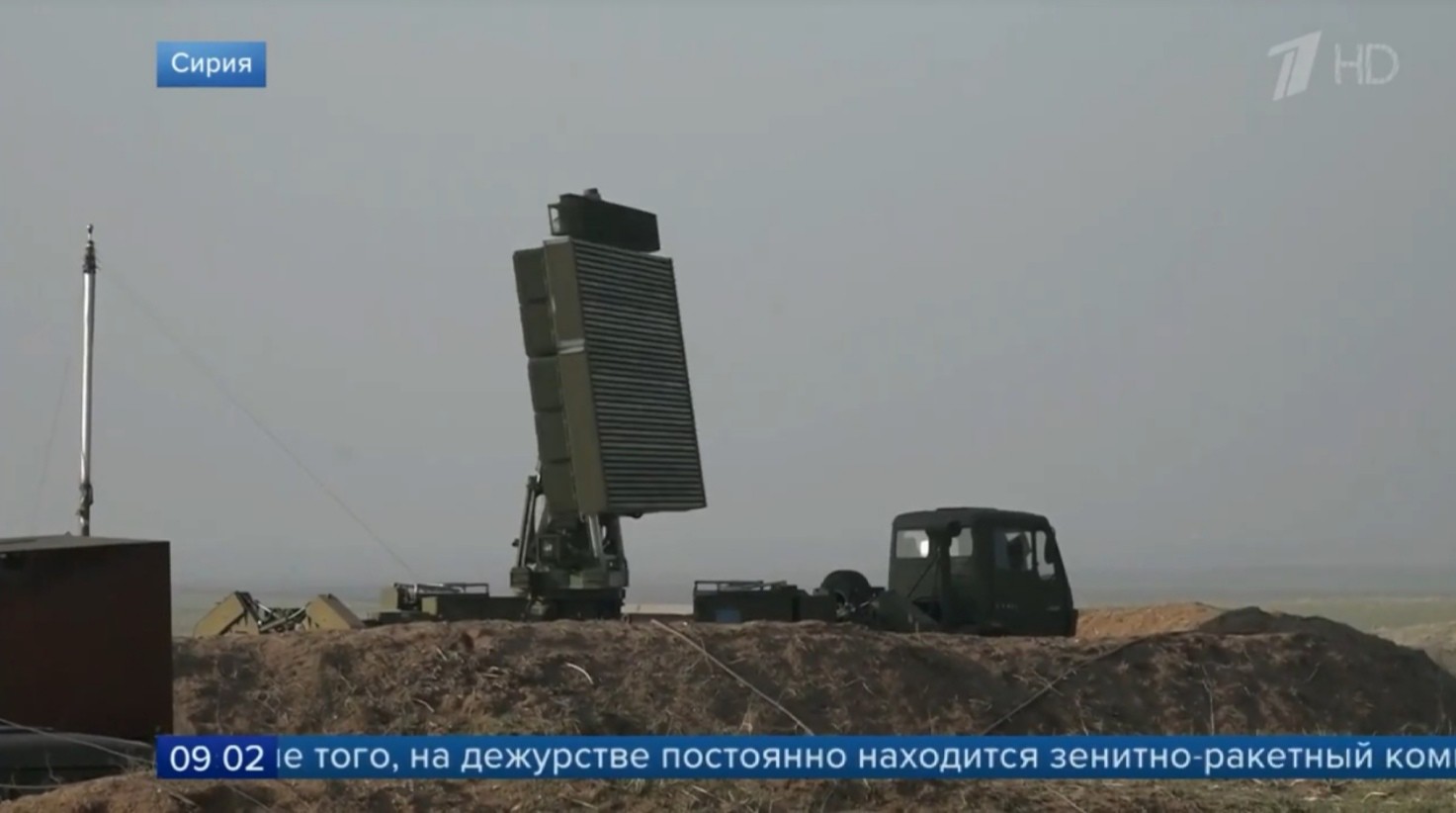 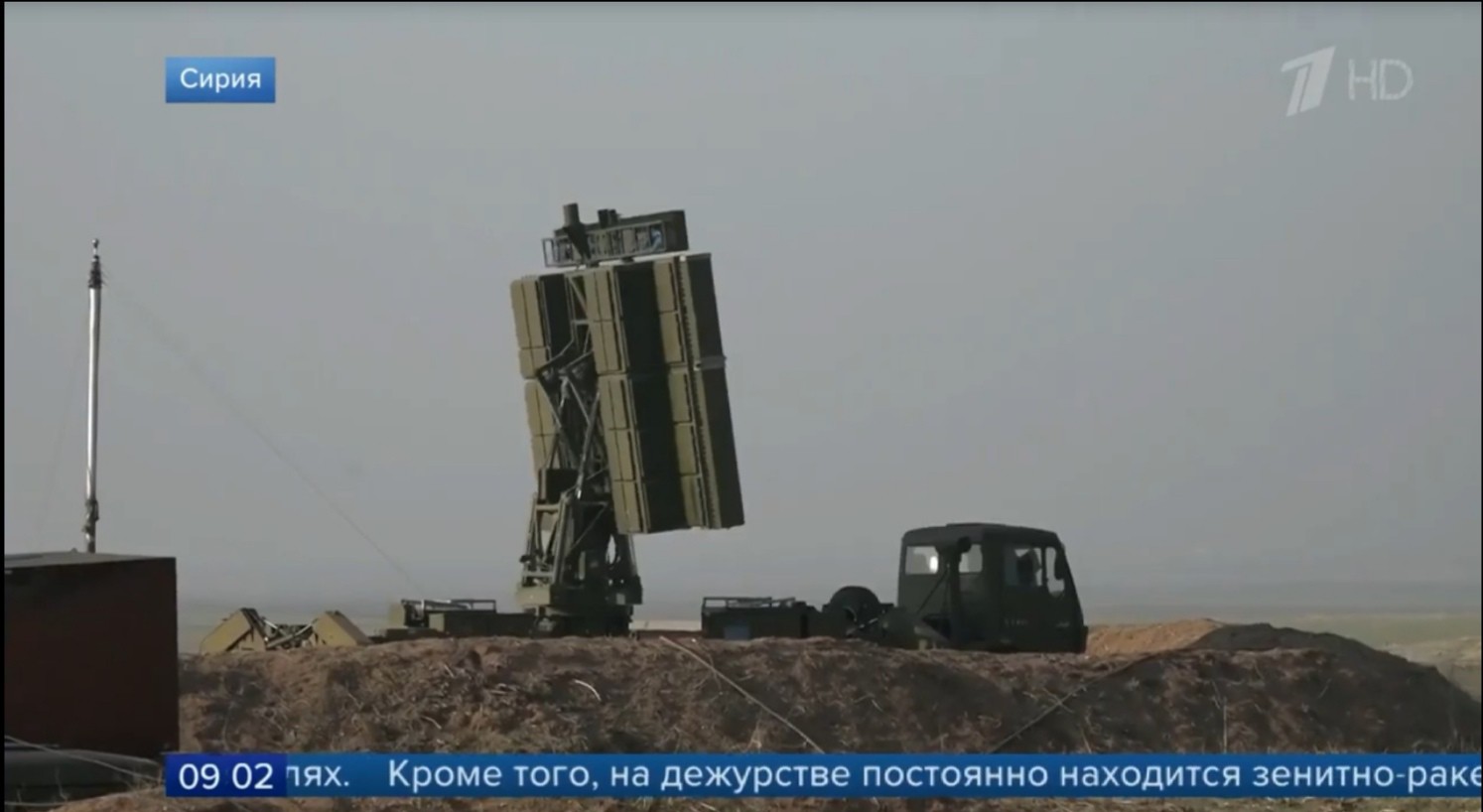 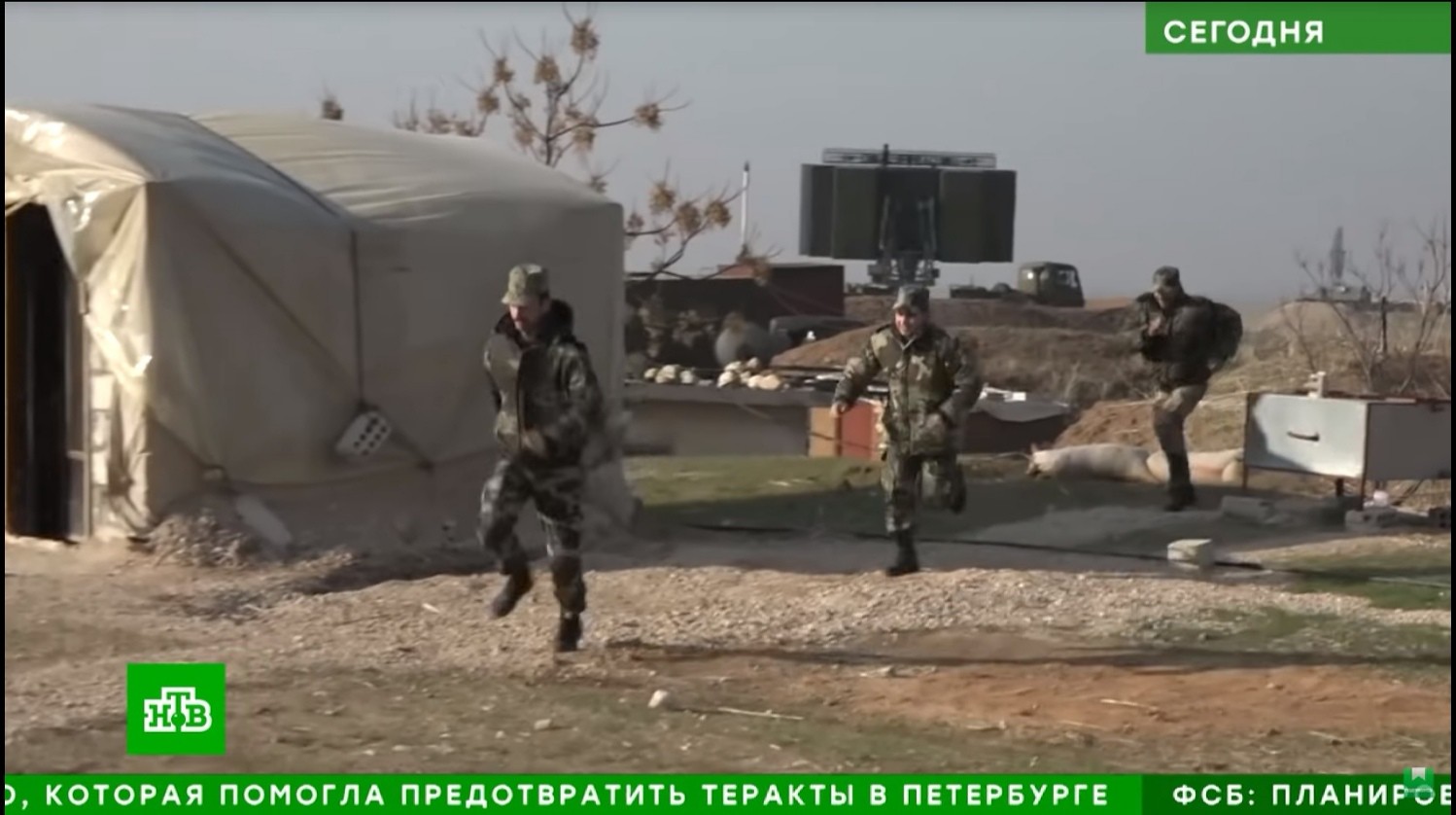 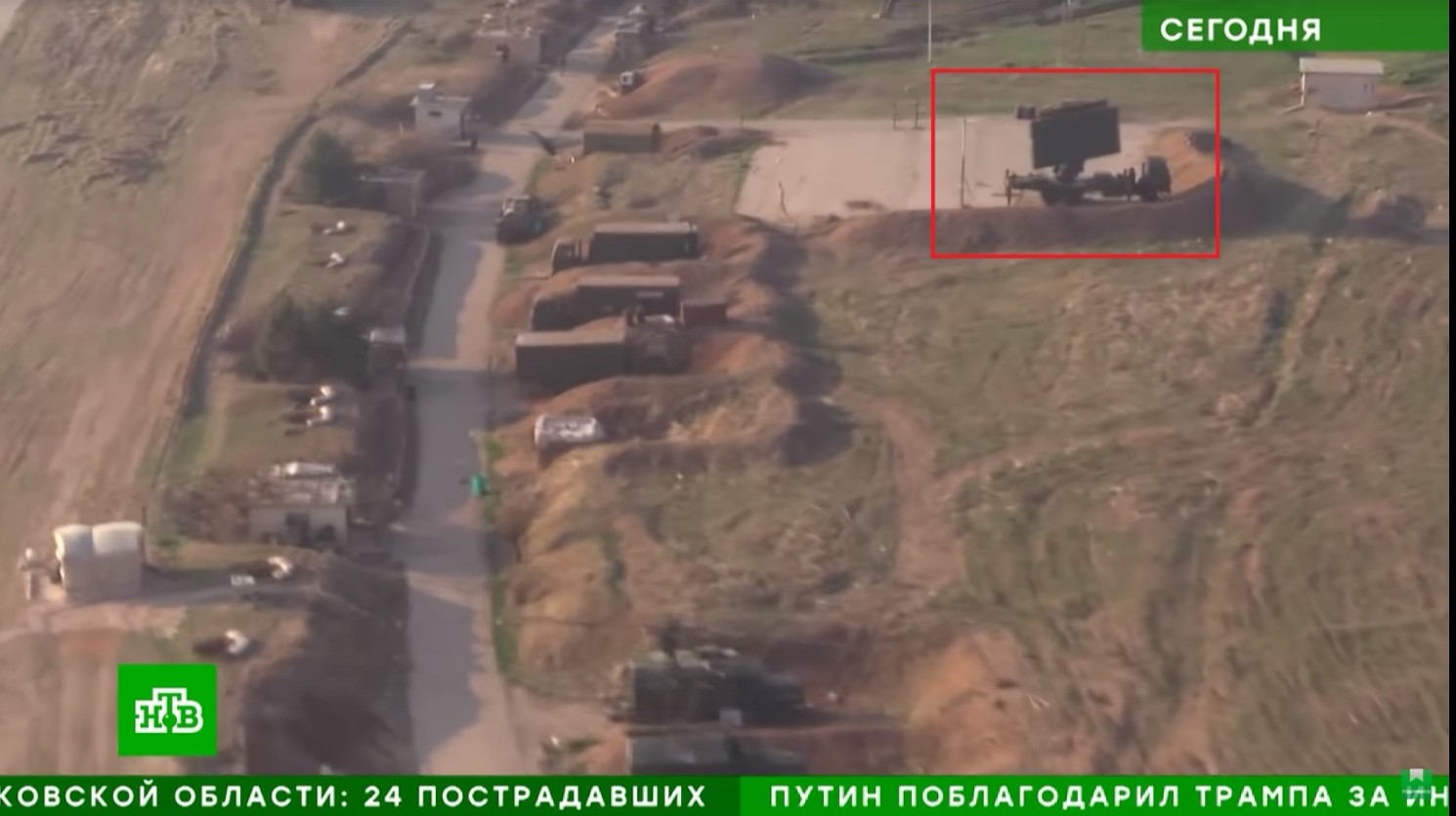