Interesting to see how long before you get banned
D

The Ministry of National Defense has confirmed the start of infrastructure construction of the People's Liberation Army's first overseas support facilities in Djibouti.

"Currently, the construction of infrastructure of the support facilities has started, and the Chinese side has dispatched part of the personnel to Djibouti for relevant works," ministry spokesman Wu Qian told a regular news conference in Beijing on Thursday.

Djibouti is a pivotal country in the Horn of Africa standing between the Red Sea and Gulf of Aden. It is a key transfer stop for international humanitarian missions, including those of the United Nations.

Military bases and support facilities for countries, including the United States and France, have long been based in Djibouti.

Last December, the Ministry of National Defense confirmed that, through consultation between China and Djibouti, a consensus was reached on China building support facilities in Djibouti.

Wu told reporters that the facilities will mainly be used for logistic support and the reorganization of those conducting escort, peacekeeping and humanitarian relief missions in the Gulf of Aden and waters near Somalia.

China Has Begun Construction of a Naval Support Base in Djibuti

“The Chinese government has decided to move to this area,” President Ismail Omar Guelleh said to Reuters on an interview in Addis Ababa.

“They have the right to defend their interests, just like everybody else does.” The base will be used primarily for military rest and resupply of military ships carrying out naval escort, peacekeeping and humanitarian duties, Chinese Defence Ministry spokesman Wu Qian said. China had conducted anti-piracy operations in the region in recent years and is seeking to expand its capacity to respond to growing threats to its interests abroad.

Strategically located at the southern entrance to the Red Sea on the route to the Suez Canal, Djibouti is already home to U.S. and French bases, while other navies often use its port. China said last year it was in talks to build what it describes as naval “support facilities” in the Horn of Africa nation, which has less than a million people but is striving to become an international shipping hub.

The Chinese facilities would be at the new, Multi-Purpose Port being built in the south of the country in partnership with China Merchants Holdings International. The navy would use one of the berths. Djibouti is expanding its port facilities to handle more bulk commodities, containers and other goods. Djibouti plans investment worth $12.4 billion between 2015 and 2020, with the Chinese providing much of the financing.

RedWhiteBlue said:
I'm not Donald, but like him, I'm also an American patriot. Make America great again!
Click to expand...

You simply MUST read the SD Forum Rules of Behavior. They are a sticky thread in each forum...and abide by them.

It is okay to be an American patriot and support whomever you will in the US election. but leave all of that at the door here.

We have valued members of this forum from all over the world, including Russia and the People's Republic.

We view this forum and our discussions as professional and of interest to all.

The forum is NOT Anti-Chinese, anti-Russian, ant-US, anti-Japanese, etc., etc.

We do stand firmly against terrorism.

So, if you want to enjoy the professional environment we have here, and the camaraderie, you must immediately stop with the over the top tone and comments about the US.

If you cannot...you will not last long.

DO NOT RERSPOND TO THIS MODERATION
D


China hinted on Tuesday that it was planning more global bases following the setting up of its logistics center in Djibouti, what the Horn of African country's government calls a military facility that will be China's first overseas.

China plans to use it to support is anti-piracy operations in the waters off the strife-torn nations of Somalia and Yemen. Beijing has been keen not to call it a military base, but state media increasingly uses this language to refer to it.

China's Defense Ministry said last month building had begun on the base, something China describes as naval "support facilities" in Djibouti, which has fewer than a million people but is striving to become an international shipping hub.

Djibouti, strategically located at the southern entrance to the Red Sea on the route to the Suez Canal, is already home to U.S. and French bases, while other navies often use its port.

Asked about Djibouti at his yearly news conference on the sidelines of China's annual meeting of parliament, Chinese Foreign Minister Wang Yi said China was fulfilling its international obligations to protect shipping.

"We are willing to, in accordance with objective needs, responding to the wishes of host nations and in regions where China's interests are concentrated, try out the construction of some infrastructure facilities and support abilities," he said.

"I believe that this is not only fair and reasonable but also accords with international practice," Wang said, without elaborating.

China, the world's second-largest economy, is seeking to expand its capacity to respond to growing threats to its interests abroad.

President Xi Jinping is reforming the military and investing in submarines and aircraft carriers, as China's navy becomes more assertive in its territorial disputes in the East and South China Seas.

China is also expanding its peacekeeping role, with Xi pledging in September to contribute 8,000 troops for a United Nations stand-by force that could provide logistical and operational experience the military would need to operate further abroad.

While China has been getting more involved diplomatically in trouble spots such as the Middle East, it is adamant that it does not interfere in the affairs of other countries, and is the only permanent member of the U.N. Security Council which has not taken military action in Syria.

Registered Member
It said to be Photos of Construction China's Naval Base in Djibouti.

Registered Member
What a waste of money and effort. A future US administration may see the need/opportunity for China to share the use/cost of oversea military bases. This will not only reduce the military budget of USA, China and US can become strategic partners and the world will be a better and peaceful place.
J

xxl_aber said:
What a waste of money and effort. A future US administration may see the need/opportunity for China to share the use/cost of oversea military bases. This will not only reduce the military budget of USA, China and US can become strategic partners and the world will be a better and peaceful place.
Click to expand...

Short of an alien invasion, the US won't allow China to use her bases and in the hypothetical scenario that she does, China will not trust the US enough to make significant use of the base. 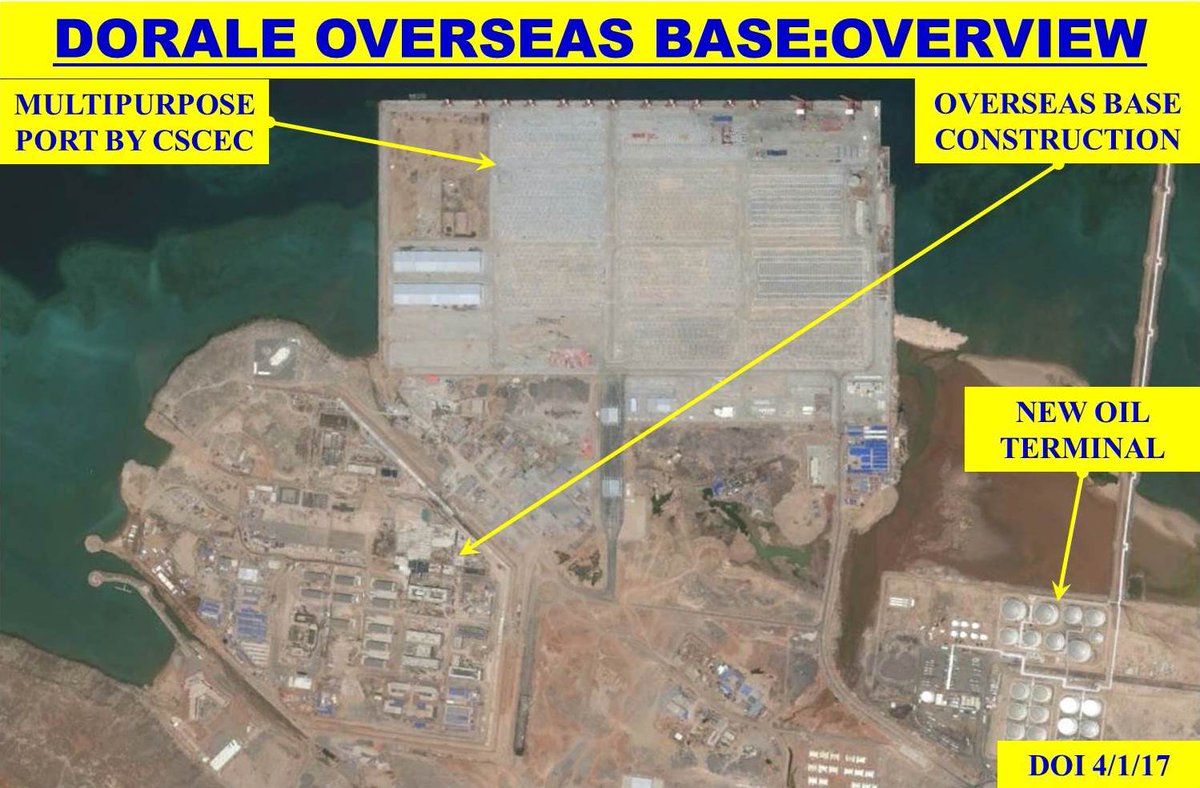 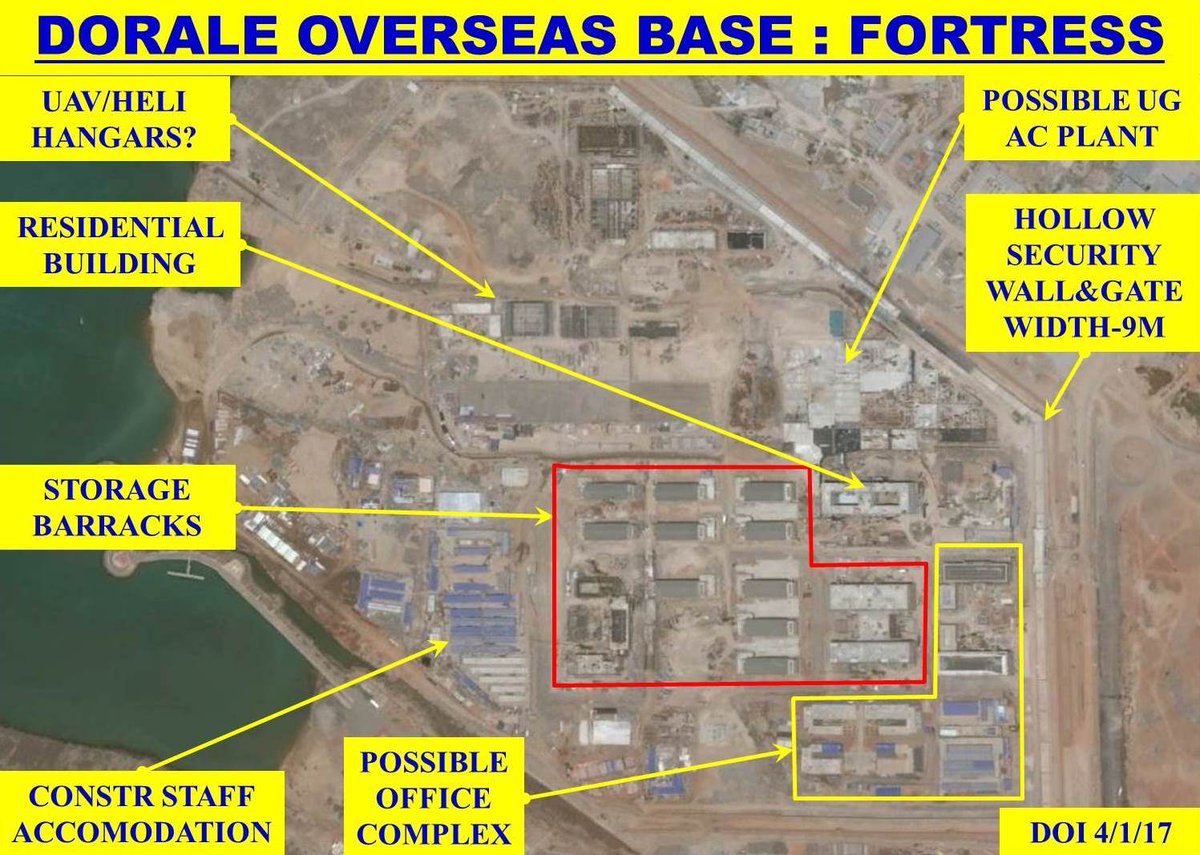 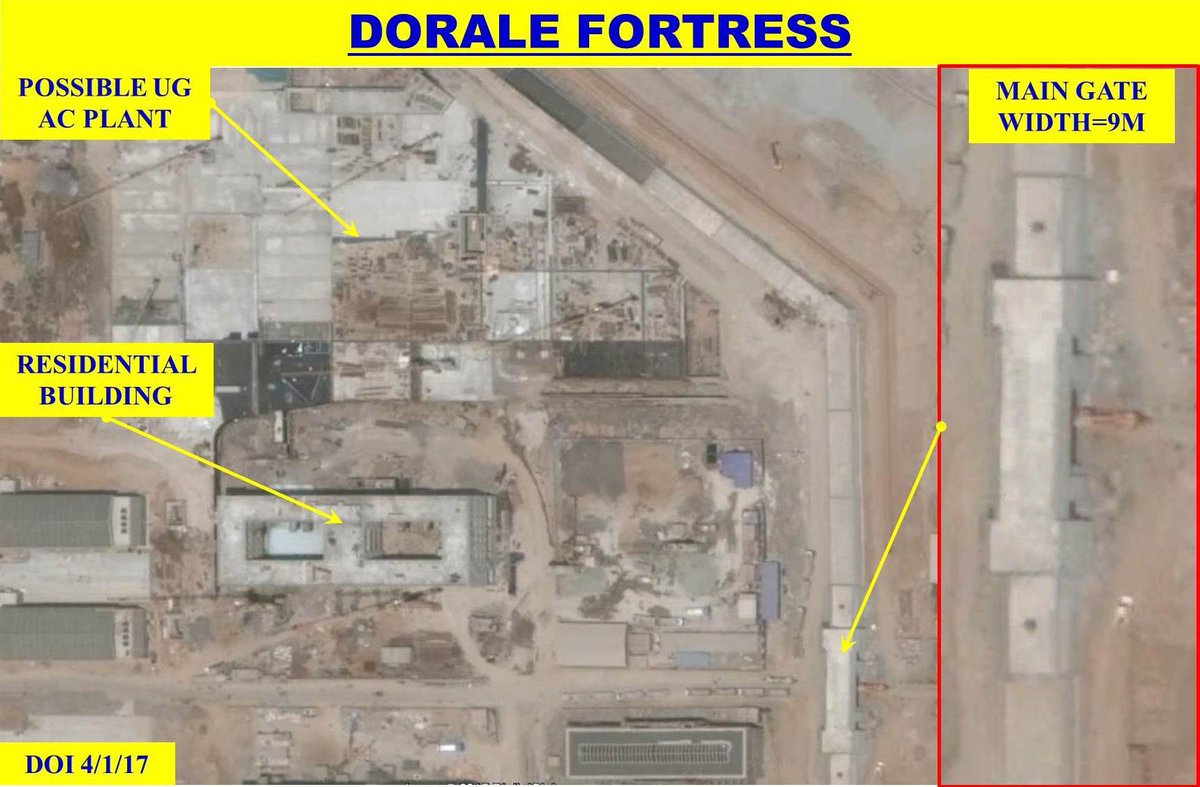 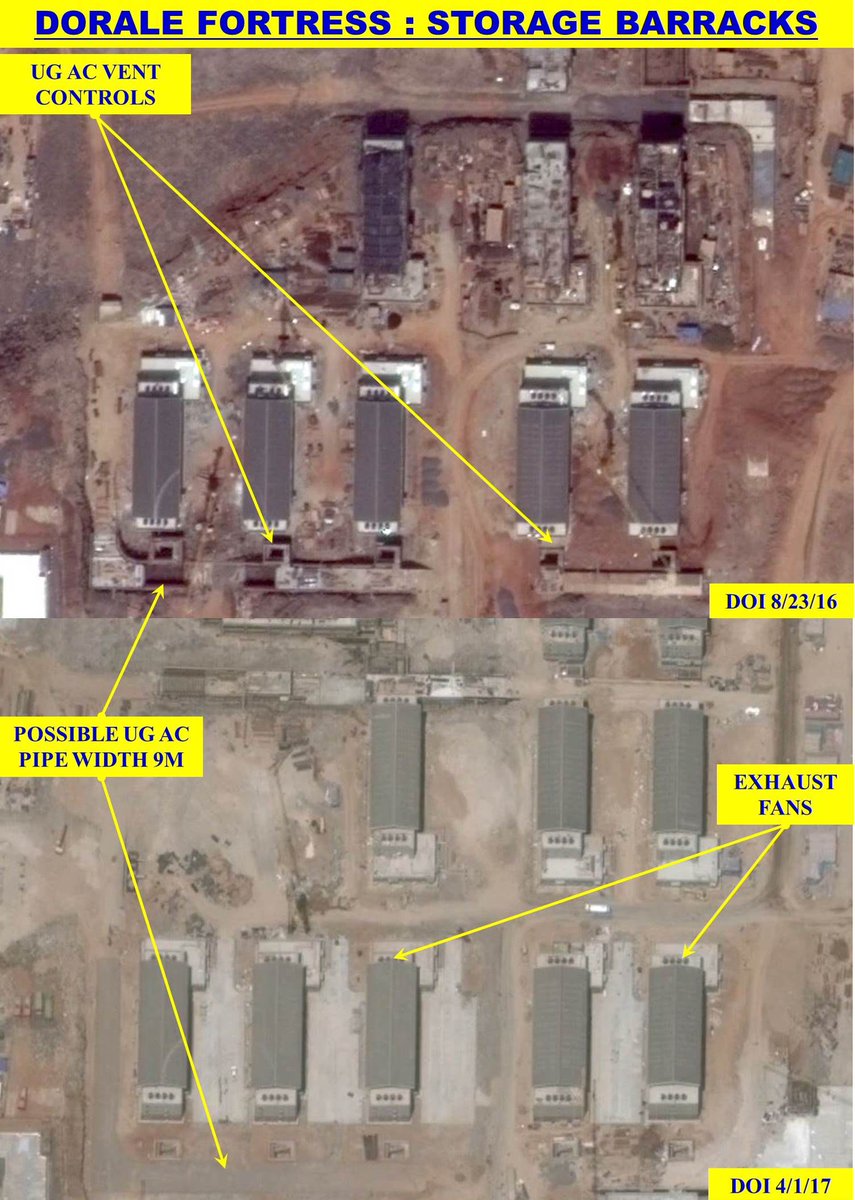 Raj 47 estimate of the building size

China equipped the UN contingent in south Sudan with Helicopter. amazing how big is this AN-124 just like a whale eat shark alive
It is ironic while Japan recall their peacekeeping force China expand it
The Chinese peacekeepers chartered an An-124-100 to transport their 4 Mi-171 helicopters to Darfur, Sudan. 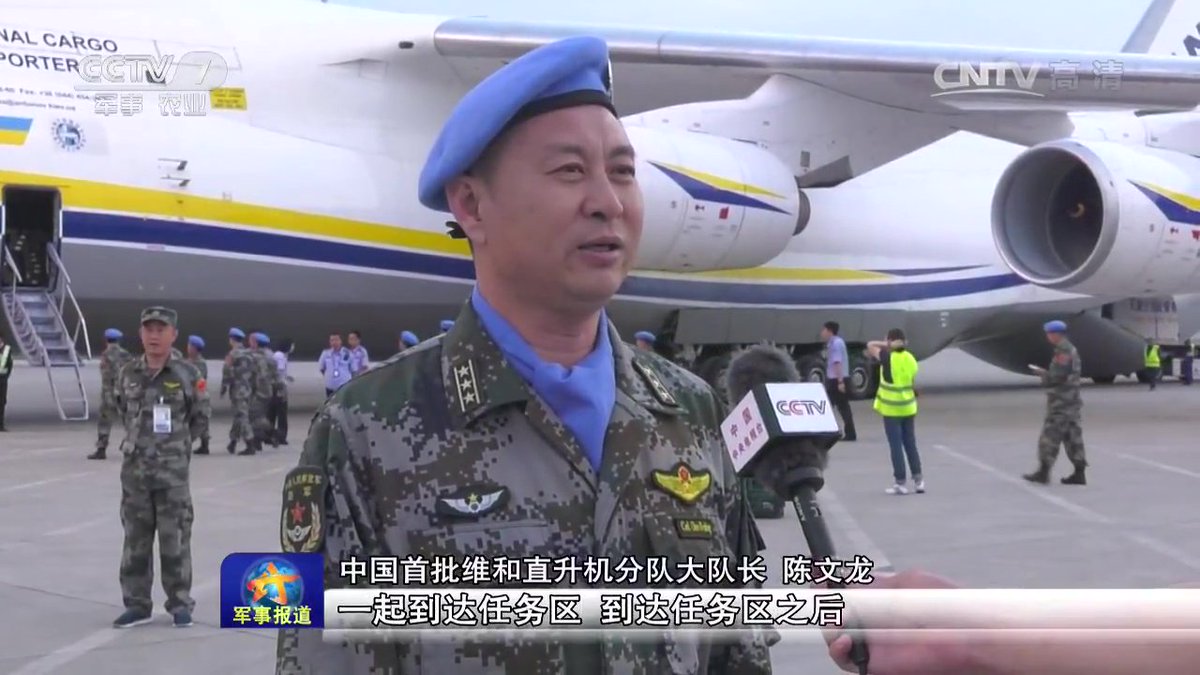 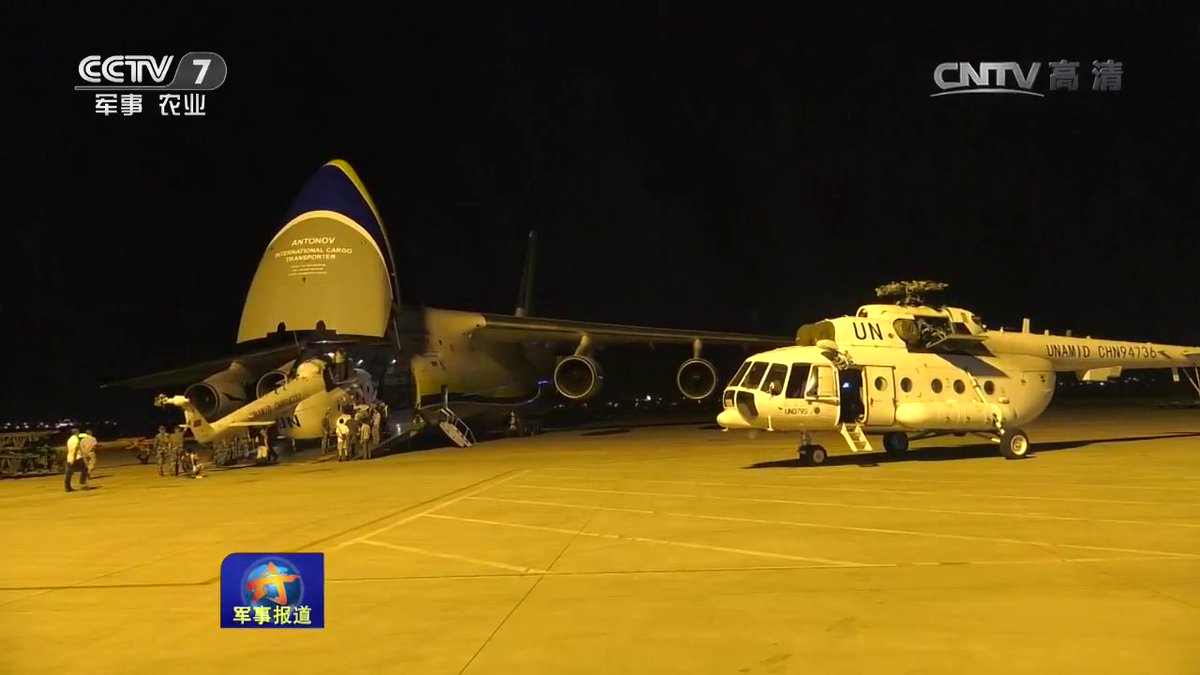 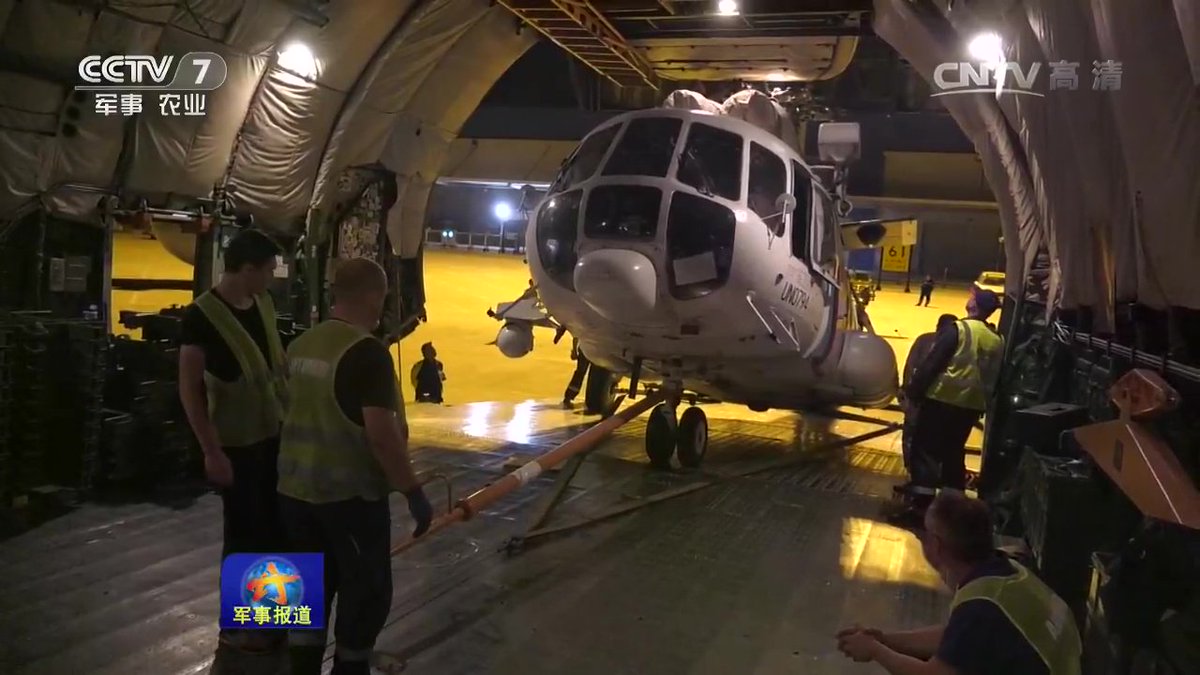