Chinese President Xi Jinping said here Friday that Beijing seeks to join Pyongyang in turning the blueprint of the bilateral ties for a new era into reality.

Xi, also general secretary of the Central Committee of the Communist Party of China (CPC), made the remarks during his meeting at the state guest house with Kim Jong Un, chairman of the Workers' Party of Korea (WPK) and chairman of the State Affairs Commission of the Democratic People's Republic of Korea (DPRK).

The Chinese leader, on behalf of the CPC, the Chinese government and the Chinese people, appreciated the warm reception and thoughtful arrangements by the DPRK side, saying that his visit has been cloaked with a warm atmosphere that reflects the deep and profound friendship between the CPC and the WPK, as well as between the two countries.

Xi said his successful visit has consolidated the traditional China-DPRK friendship, made clear the direction for the development of bilateral ties in the new era, and demonstrated both sides' determination to push for a political solution to the nuclear issue in the Korean Peninsula and to promote lasting peace and security in the region.

He added that the trip has also realized the historical exchange of visits by the top leaders of the two parties and countries in such an important year as the one that marks the 70th anniversary of the diplomatic ties between China and the DPRK, and the 5th gathering between him and Kim in 15 months, noting that it is a vivid demonstration of the vitality of the traditional China-DPRK friendship.

The Chinese leader said that he hopes both sides can work together to implement the various agreements during the visit this time so as to turn the blueprint of the bilateral ties for a new era into reality step by step.

The Chinese side, said Xi, will firmly support the DPRK's socialist enterprise, the implementation of its new strategic line and a political solution to solving the nuclear issue and materializing lasting peace and security in the peninsula.

For his part, Kim appreciated China's valuable support for the WPK's efforts to lead the people in the DPRK on the path to socialism, saying that the friendship between the two sides has been long standing, and enjoyed a firm basis, and the two sides are conducting intensive exchanges and friendly cooperation like family.

Kim added that he is willing to follow through the noble intentions left by the elder generation of leaders, and join hands with Xi in boosting bilateral ties at a new historical starting point, and writing new and even more glorious chapters of the DPRK-China friendship.

Xi's wife, Peng Liyuan and Kim's wife Ri Sol Ju also attended the meeting. Ahead of their departure, Xi and Peng attended a seeing-off ceremony at the airport held by Kim and Ri.
Click to expand... 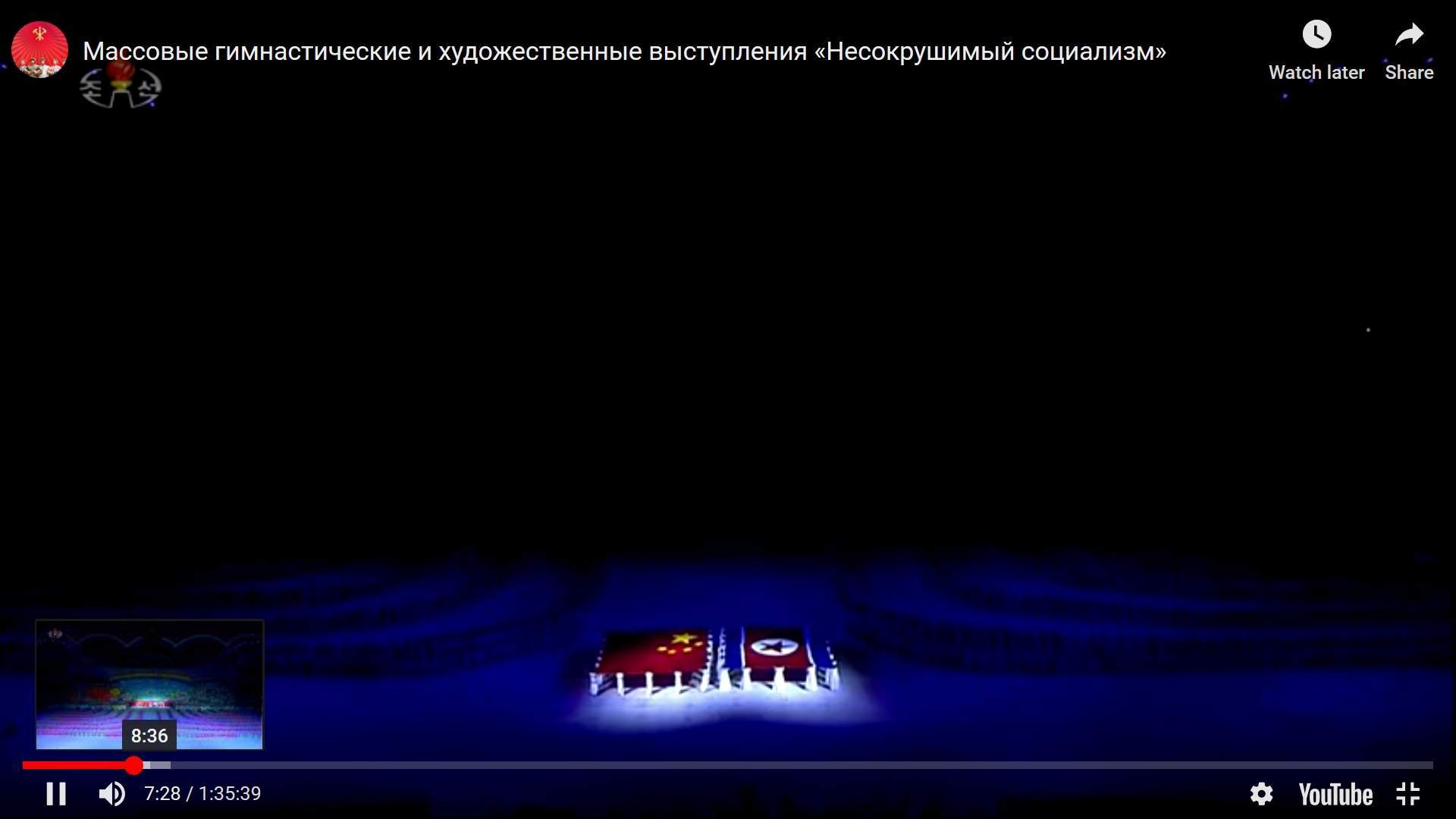 just seconds ago, these two guys were in chains: 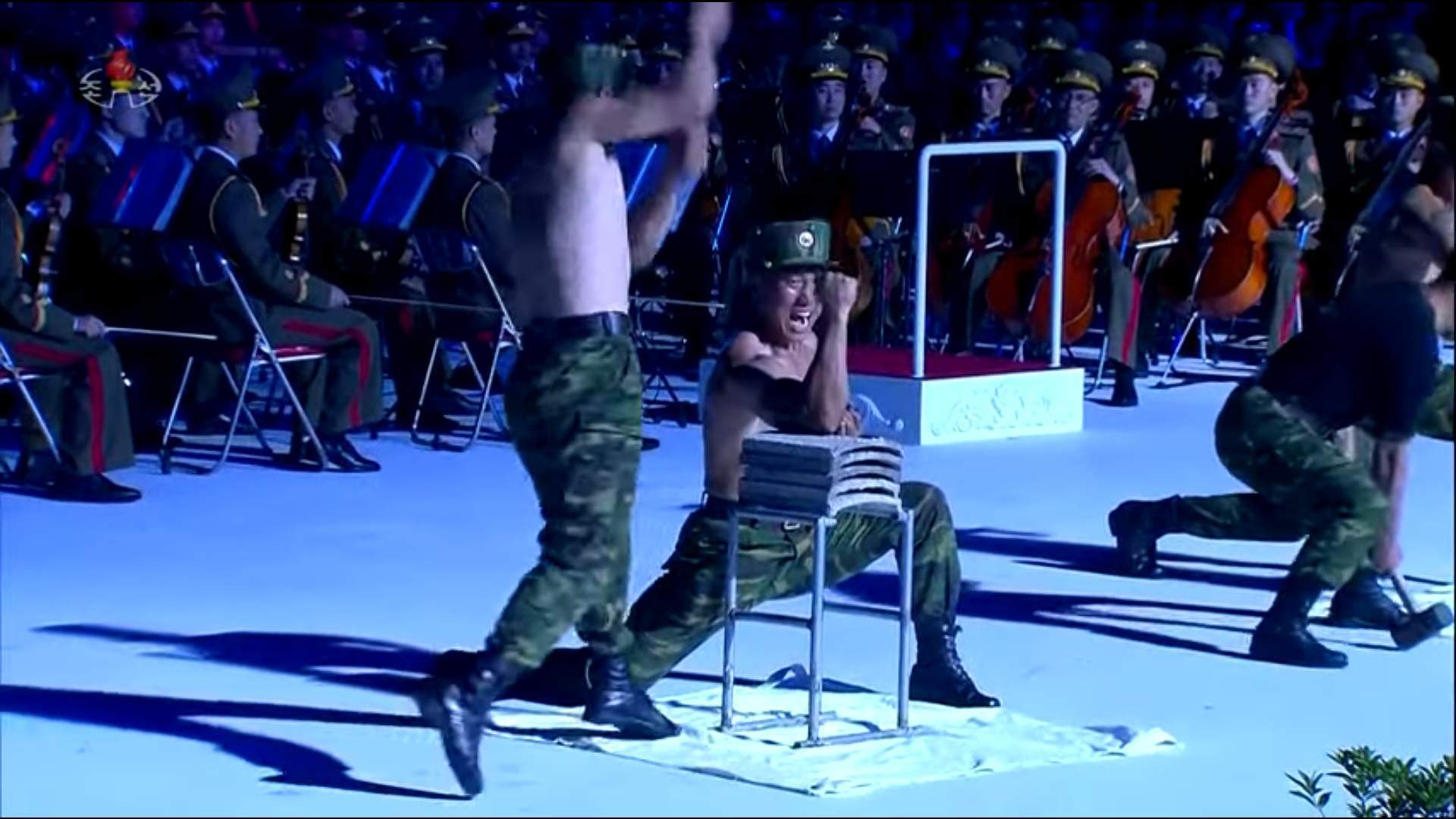 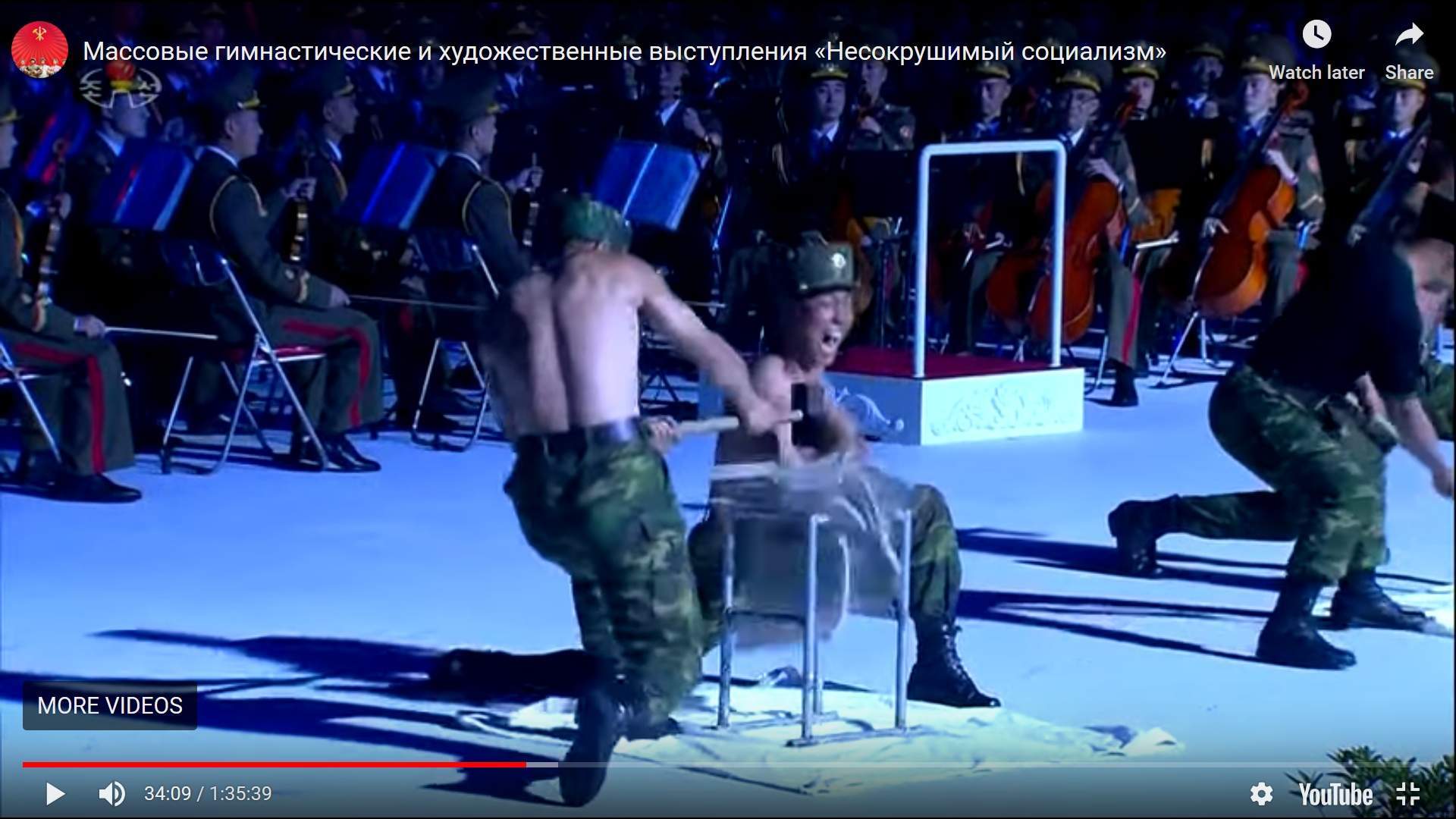 pretty scary even if it were a trick, LOL

it's from
EDIT the show was named Invincible Socialism if anything didn't get lost in my translation from Russian
Last edited: Jul 15, 2019
You must log in or register to reply here.