supercat said:
There is actually a pretty good comment about how to get to the moon without building a (4,000 ton class) moon-rocket:

Getting to the moon without a "4000 tonne" class is a parallel work, BUT neither a temporary stopgap nor an alternative/optional/additional work.

The Chinese moon program from the start envisioned two launch vehicles. One is dedicated man rated carrier, initially named CZ-5DY (all LOX/Kerosene first stags, 1600 tonne lift mass), now transformed to a CBC configuration "921" (2200 tonne lift mass). The other is a heavy lifter AKA CZ-9. CZ-9 is to deliver heavy and large sized modules to the moon surface to build long-term habitat or station. CZ-9 is NOT aimed to be man-rated initially, but may (or may not) in the future.

Quickie said:
A Chinese space scientist did elaborate on a way to go the moon using not one by 3 Long March 5 launches.
Click to expand... 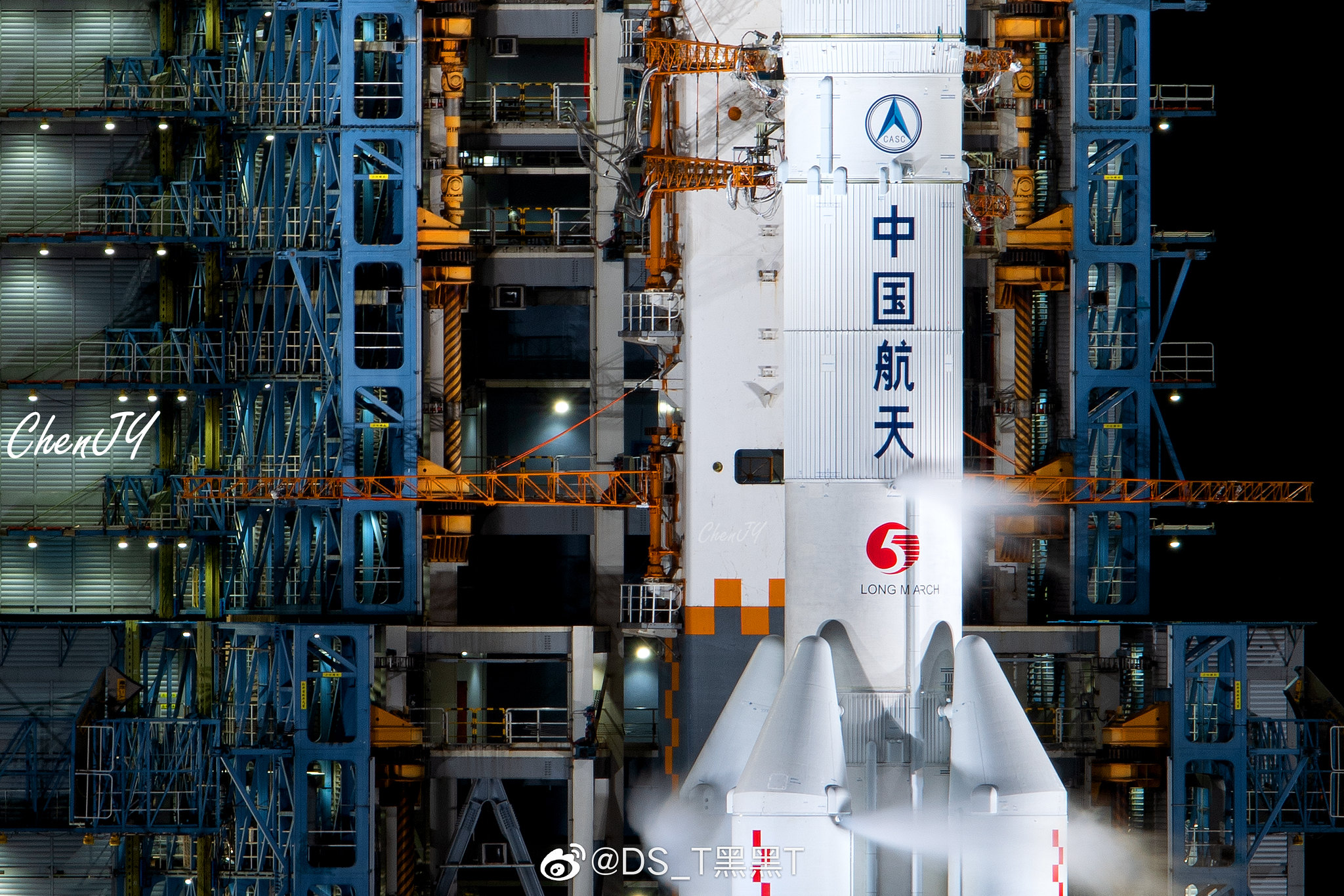 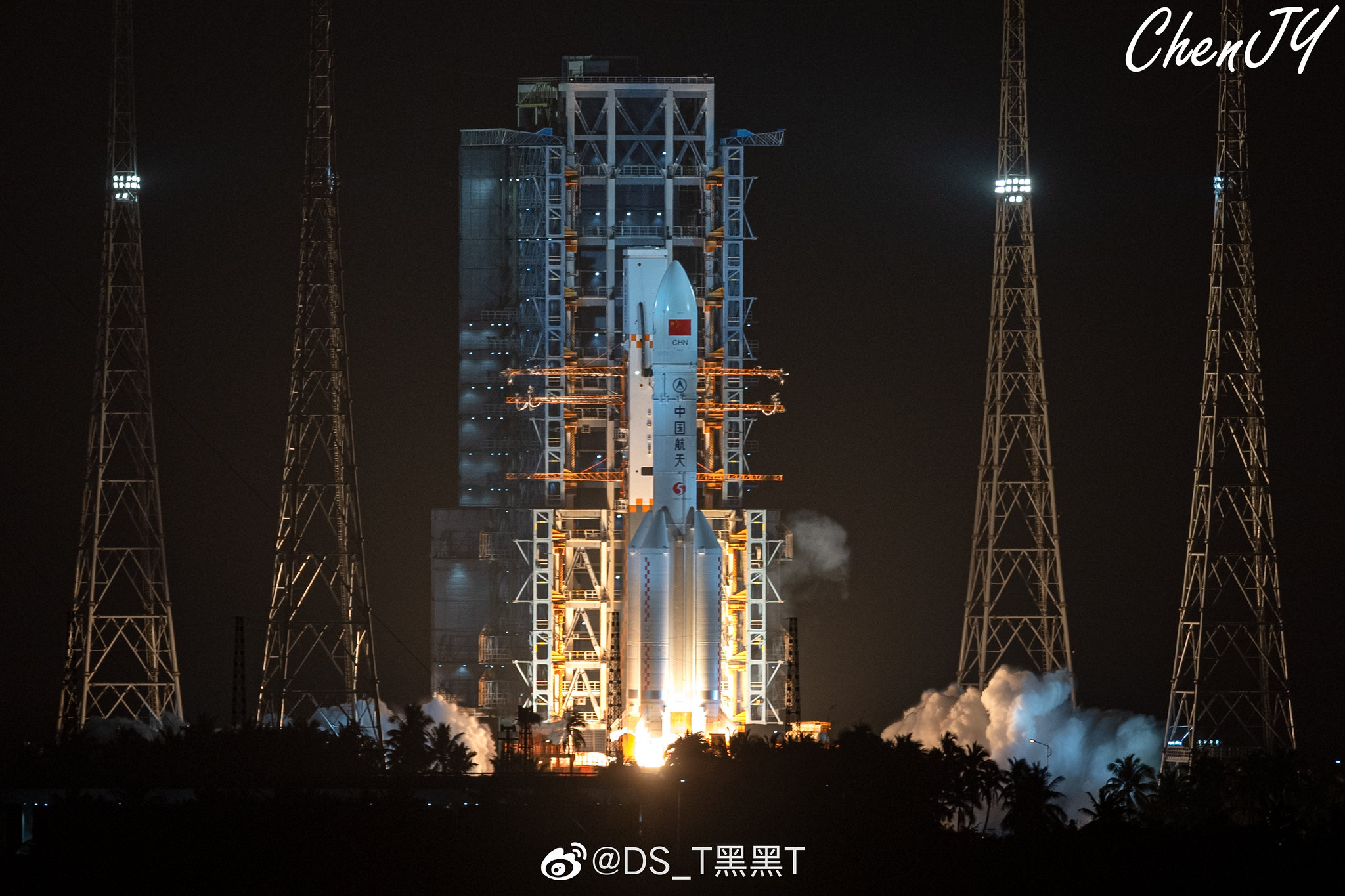 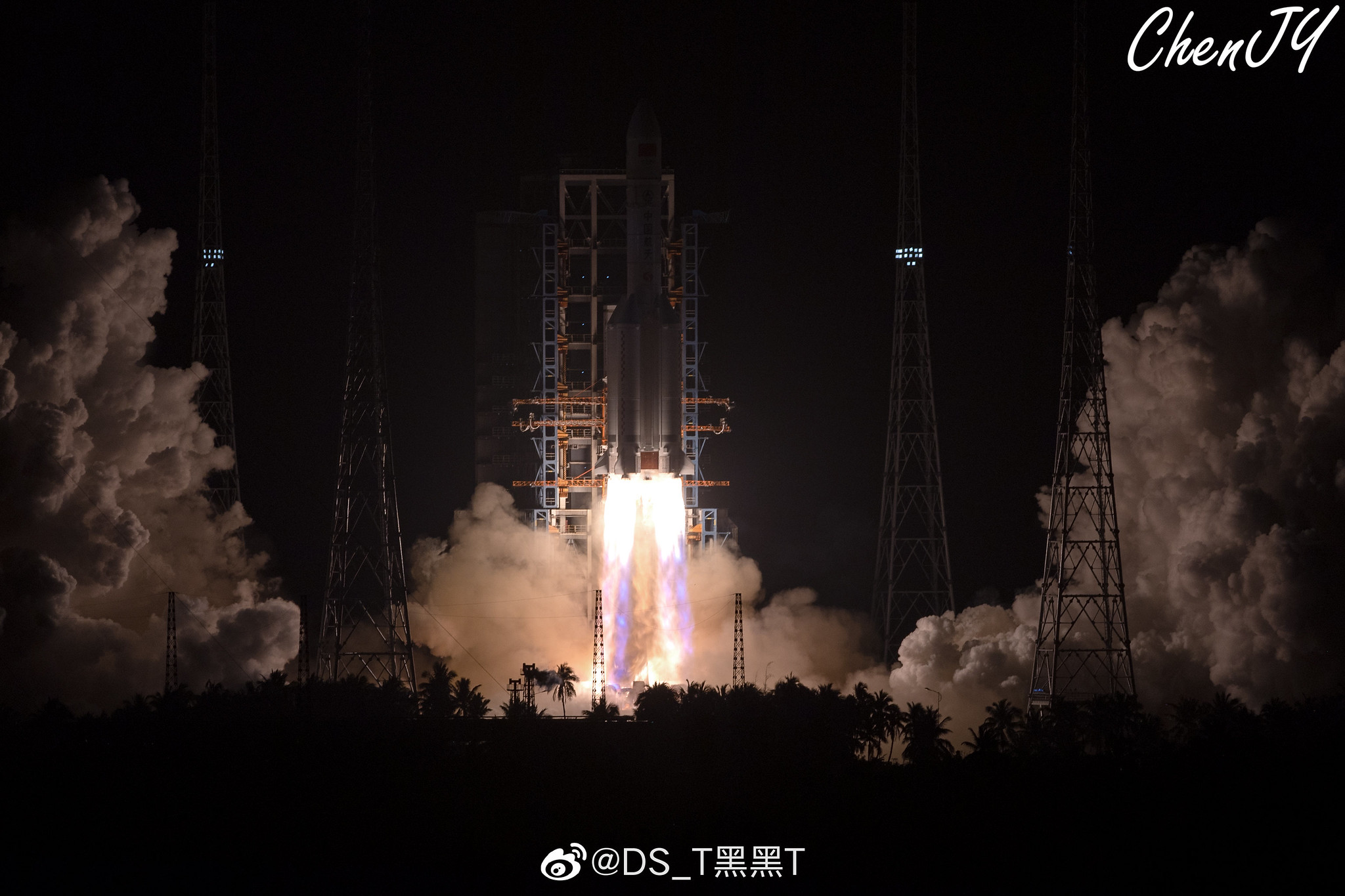 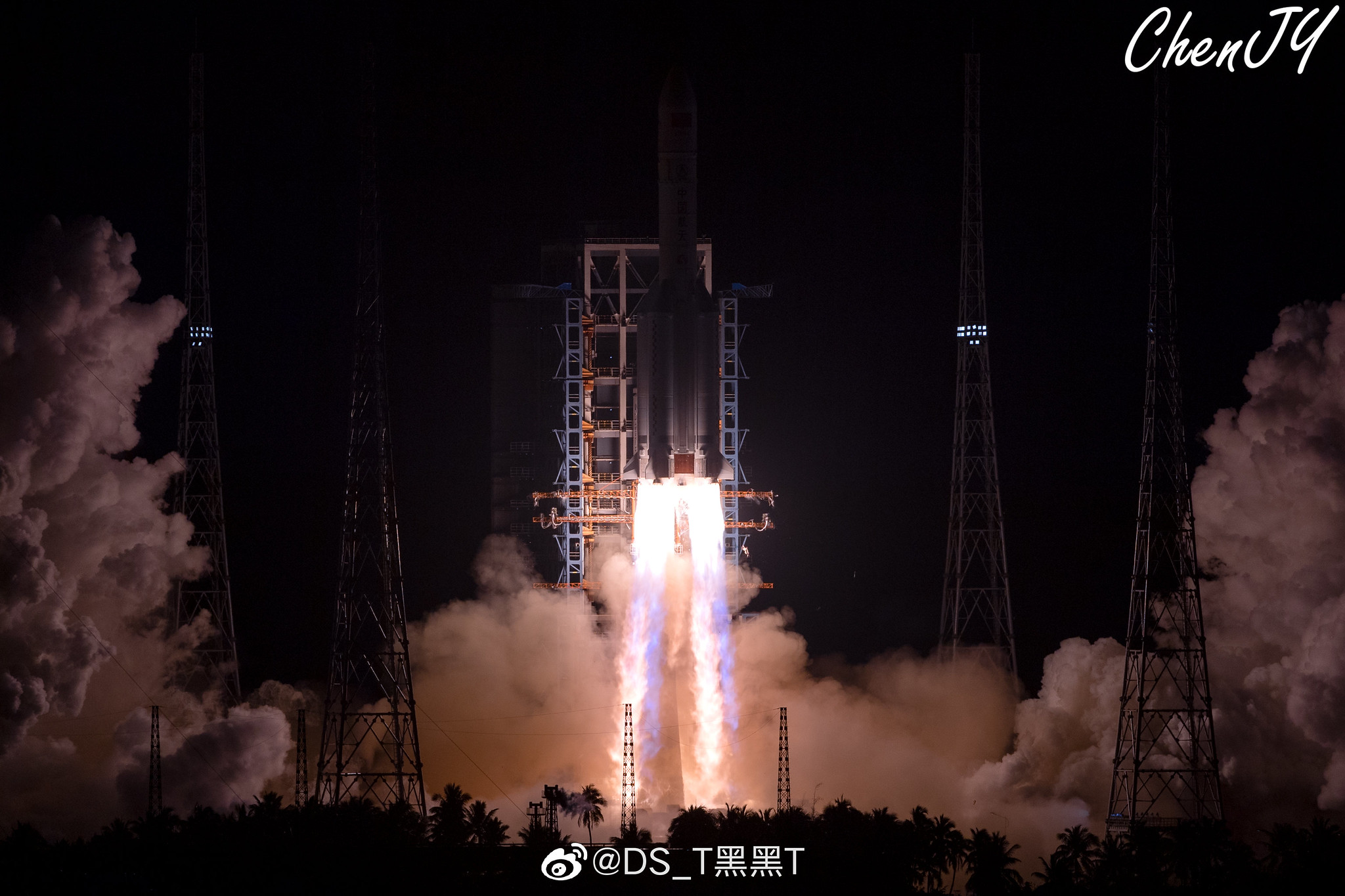 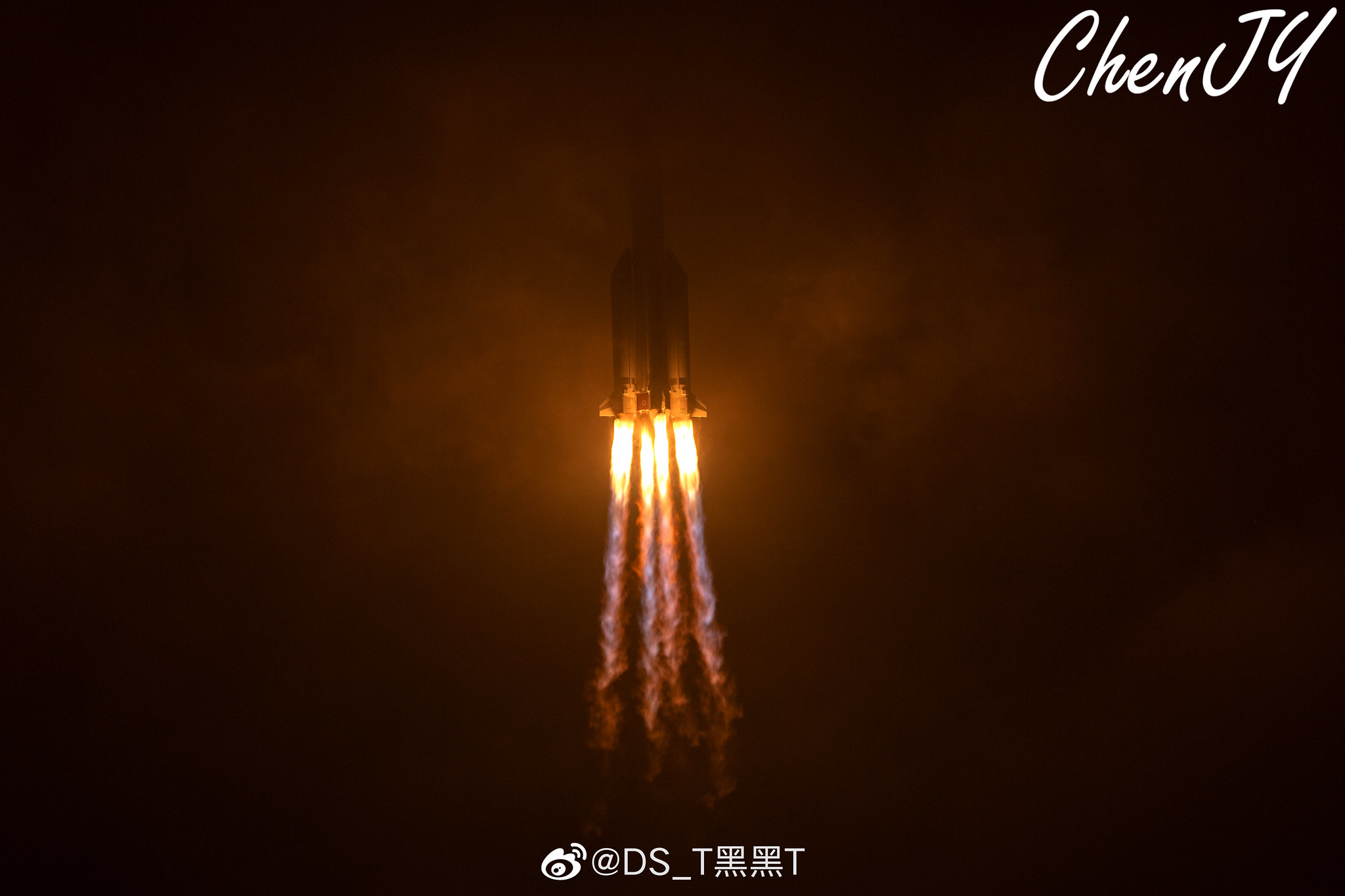 She is a beautiful BEAST!
A

Imagine the consequences of this baby regularly launch, let say 3-5 a year ... imagine how powerful the Chinese satellites would be.

The highlights :
* Generates an output of 30 kW
* High-throughput communications payload of 70 Gbps.
* Optical infrared laser communications terminal for downlinks with data rates 4.8 Gbit/s
* Experimental quantum communications payload, similar to the one on QSS (Mozi)
* The satellite also has an ion engine for fine orbit corrections during its expected 20-year lifespan
* New higher-power ion thrusters
* Weighing in at over seven metric tons, Shijian-18 will be the heaviest Geostationary Satellite
Last edited: Dec 28, 2019
A

Wondering whether there is any American components in the Shijian-20

I am assuming Shijian-20 is 100% with Chinese components and software! ... any ideas?
A 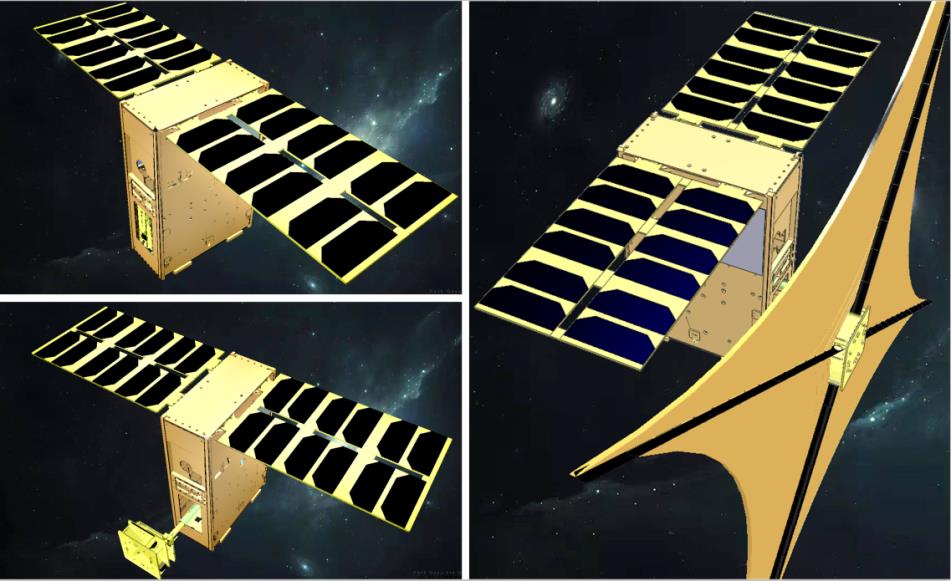 The Shenyang Institute of Automation (SIA) announced on Thursday that China's first solar sail, SIASAIL-I, has successfully verified a number of key technologies in orbit, a big breakthrough in China's solar sail development.

The solar sail developed by the institute of the Chinese Academy of Sciences based in Northeast China's Liaoning province is a spacecraft powered by the reflected light pressure of the sun on the spacecraft's membrane. Because it does not consume additional chemical fuel, a solar sail is considered to be the one and only spacecraft that may reach outside the solar system. It can be applied to a wide range of fields, including asteroid exploration, geomagnetic storm monitoring, solar polar exploration and space debris removal.
Click to expand...

antiterror13 said:
Wondering whether there is any American component in the Shijian-20

I am assuming Shijian-20 is 100% with Chinese components and software! ... any ideas?
Click to expand...

A toast to Christopher and Frank! Chinese space agency should honor each of them a 1-tonne medallion.
C

Registered Member
Look like this year is going to be even more busy with more launches and new rockets.
Please, Log in or Register to view URLs content!

Notice in all the CNSA released moon pictures how the color and texture of the lunar surface and the tracks of the rover always look different from those of the Apollo era.

In this picture, it even has a pinkish-brown tint at the center of the picture.


Please, Log in or Register to view URLs content!
On Far Side of the Moon, Chinese Lander and Rover Hit One-Year Mark. 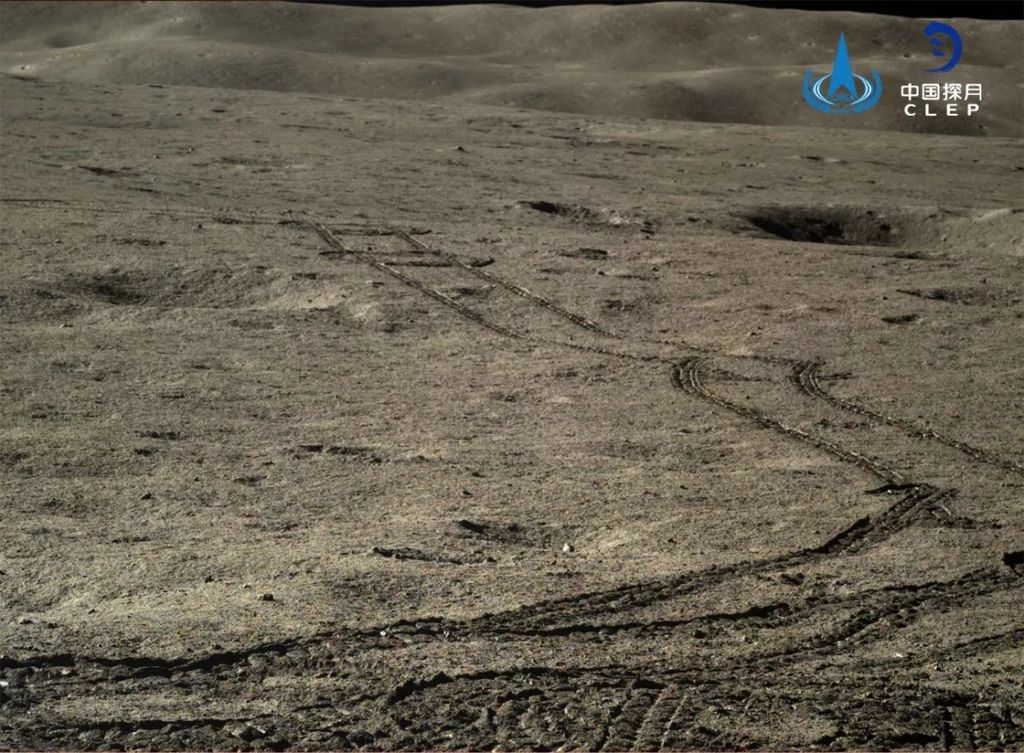 
China hit a historic milestone on the moon Friday (Jan. 3) as its Chang'e 4 lander and rover celebrated their first full year exploring the lunar far side.


Please, Log in or Register to view URLs content!
and made the first-ever soft landing on the far side of the moon on Jan. 3, 2019. The spacecraft touched down in in the Von Kármán crater at the lunar South Pole-Aitken Basin, where they have been ever since.

A record-breaking moon rover
As of Friday, the Yutu 2 rover has driven 1,173 feet (357.695 meters) on the moon's far side, according to China's state-run Xinhua news service. Yutu-2 (it's name means Jade Rabbit-2) has worked much longer than its initial three-month design life, becoming the longest-working rover on the moon.

"The scientific instruments on the lander and rover worked as planned. The rover conducted explorations of several sites and photographed and conducted an infrared detection of a stone on the lunar surface, said the center,"
Please, Log in or Register to view URLs content!
.

Chang'e-4 mission scientists have christened their landing site Statio Tianhe, Xinhua stated. "Tianhe" is Mandarin for the Milky Way and "Statio" is Latin for station.

China's Yutu 2 rover leaves tracks on the far side of the moon. The rover and its Chang'e-4 lander hit the one-year mark on the moon on Jan. 3, 2020. (Image credit: CNSA)
Chang'e-4's Yutu 2 rover has made several discoveries on the moon's farside. Among them, it found that the lunar regolith around the Chang'e-4 lander contains the minerals olivine and pyroxene, which came from deep inside the moon.

With Chang'e-4 on the far side of the moon, CNSA has been relying on a
Please, Log in or Register to view URLs content!
, which is stationed beyond the moon in a stable Lagrange point about 310,685 miles (500,000 kilometers) from Earth. Zhang Lihua, the satellite's chief designer, said it could last another 10 years, according to Xinhua.
"We will let the Queqiao work as long as possible. It could also provide communication for probes from other countries if they intend to explore the moon's far side within the lifetime of the satellite," Xinhua quoted Ye Peijian, a Chinese Academy of Sciences researcher and a senior space expert, as saying.

While the Chang'e-4 mission continues, China is looking ahead to its next lunar mission:
Please, Log in or Register to view URLs content!

That new mission, which is expected to launch sometime in 2020, will launch another lander and rover to the moon on a mission to return lunar samples to Earth.
You must log in or register to reply here.