taxiya said:
The last column is the payload.

However, this is the currently planned moon rocket, there is no other. There was a CZ-5 based manned moon rocket in the thought called CZ-5DY (Deng Yue, moon landing) in 2013, but that never left paper. Besides, this new CBC rocket is CZ-5 derivative in Chinese mind. Actually, there was only CZ-5 from the beginning,CZ-7 used to be the medium sized CZ-5 in the initial plan, then got its own branch, later on CZ-720 (HO) became CZ-8. The Chinese naming principle is that anything that is based on 3.5m core and YF-100x are CZ-7 (then CZ-8). Anything with 5m core is CZ-5. Anything with 10m core is CZ-9.

The only other moon rocket is CZ-9, but that is a beast of over 50 tonnes LTO, doubling this CBC of >25 tonnes LTO.

The program is not only real, but is being produced, see #4888 which showed the first stage and #4889 the second stage. This design has passed technical review a month ago. See here

By real, I meant going beyond experimental. From the brief info that you've given, there's no mention of it being experimental and, imo, barring any obstacle, it will turn out to be a full-fledged launcher development just as the CZ-5 was.
T

By real, I meant going beyond experimental. From the brief info that you've given, there's no mention of it being experimental and, imo, barring any obstacle, it will turn out to be a full-fledged launcher development just as the CZ-5 was.
Click to expand...

The link is CNSA (China National Space Agency). It is in Chinese, but it is accessible from Europe. Anyway, if you read Chinese here it is

I am not sure if I understand the rest of your comment though. So I will just repeat what I believe. This CBC manned rocket is not experimental, it will turn out to be a full launcher with some tuning. The thing is that there was NEVER an experimental launcher in China's history, as far as I am aware. It seems to me that China does a long and through pre-study of various configurations on paper and in calculation, together with component research, then decide on ONLY one design to be produced. It is the same as the 4th gen fighter jet, J-20 is the only one made in full development, other competing options never left drawing board. This approach is very different from the US, of course.

As a side note, there is a report about 8th academy in Shanghai just made a 3.8m tank if I remember correctly. People are speculating that it is 8th academy's competing design for the new manned launcher. It is speculated to be 5 CBC 1st stage. If it is true that it is a competing design, it will be the first time in Chinese rocketry history to have physical prototype competition. BUT I highly doubt this is the case because unlike this 5m CBC being shown in CASC's presentation and official report, this supposed competing design has never went public and remained as speculation by netizens. 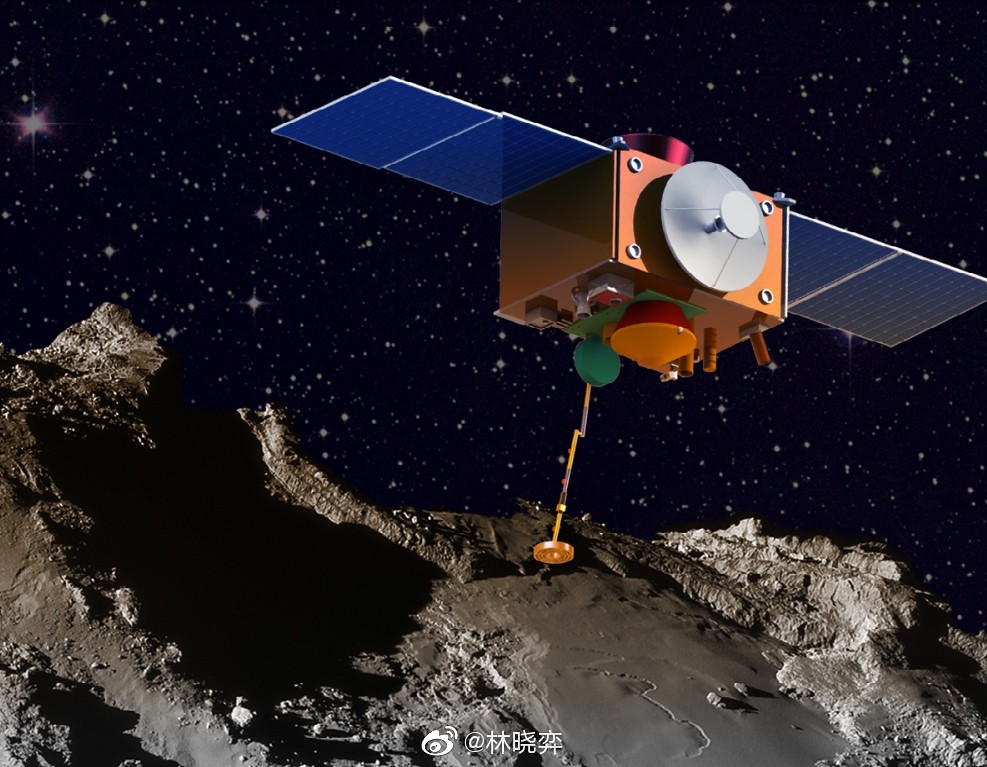 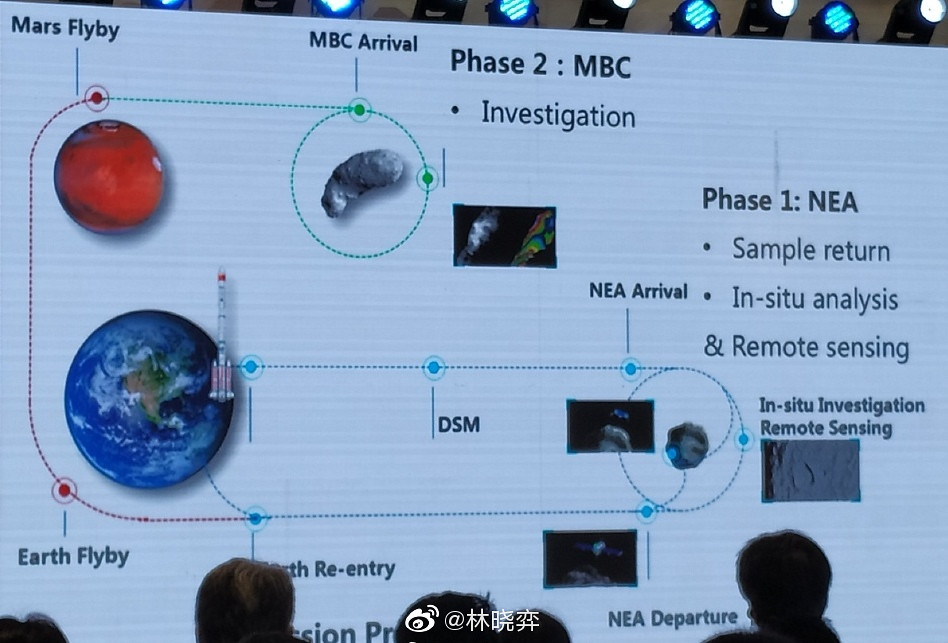 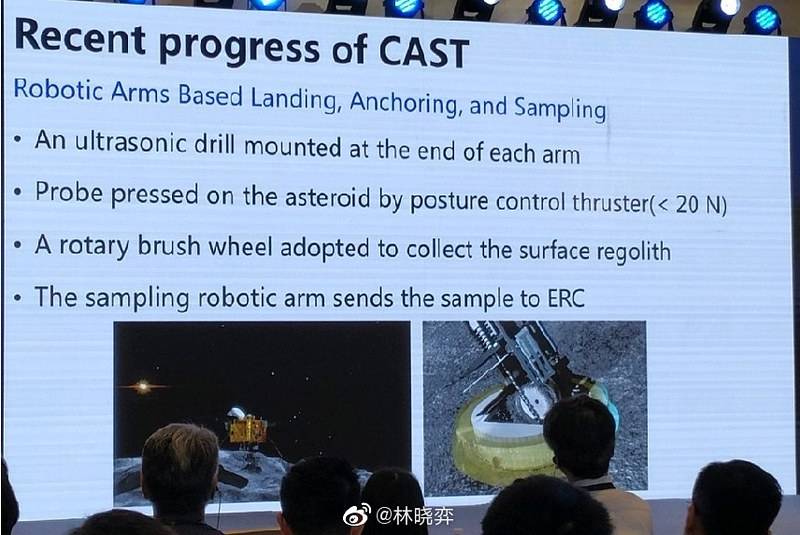 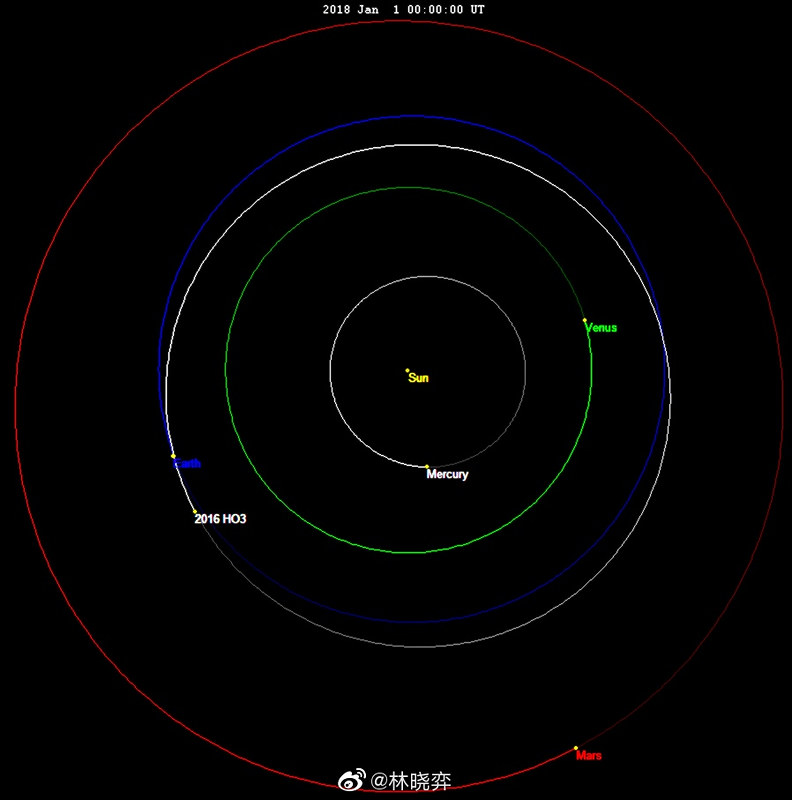 More than a decade ago, Dr APJ Abdul Kalam, a scientist also known as the Missile Man of India who was also the 11th President of India,
Please, Log in or Register to view URLs content!
. His broad argument was that the Earth, Moon and Mars should be considered as single economic entity. At the 97th Indian Science Congress, which was hosted by the Indian Space Research Organisation (ISRO) in January, 2010. he said, “Scientists should start considering Earth, Moon and Mars as an economic complex for future habitat expansion of human beings.” He made similar arguments at a seminar held at the Institute for Defence Studies and Analyses (IDSA) in New Delhi in November 2007.

China, it appears, has taken heed of Kalam’s concept. It was recently reported that
Please, Log in or Register to view URLs content!
. Bao Weimin, director of the Science and Technology Commission of the China Aerospace Science and Technology Corporation (CASC), discussed a very ambitious proposal to establish an Earth-Moon space economic zone by 2050. Some estimates indicate that such a zone could create an economy worth $10 trillion a year.

The initial work investigating the feasibility of establishing such a zone is expected to be completed by 2030. This is expected to involve basic research and development of key technologies. China expects to establish a space transportation system enabling this economy by 2040 and then, within a decade, proposes to establish the Earth-Moon space economic zone. From the Chinese side, this idea of economic zone was first announced during 2016, by Zhang Yulin, then deputy commander-in-chief of China’s human spaceflight program. Now, after three years, China has come out with a timeline for implementation of this project and it appears that those experts believe that it could become a reality.
Click to expand... 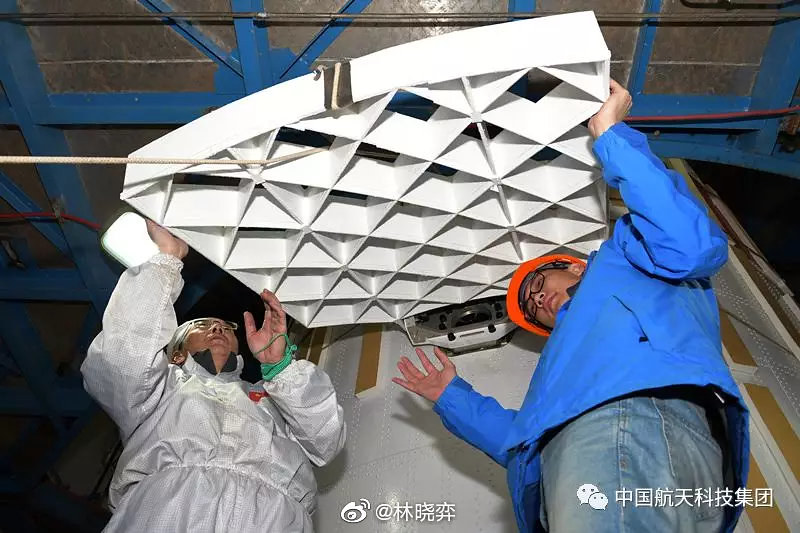 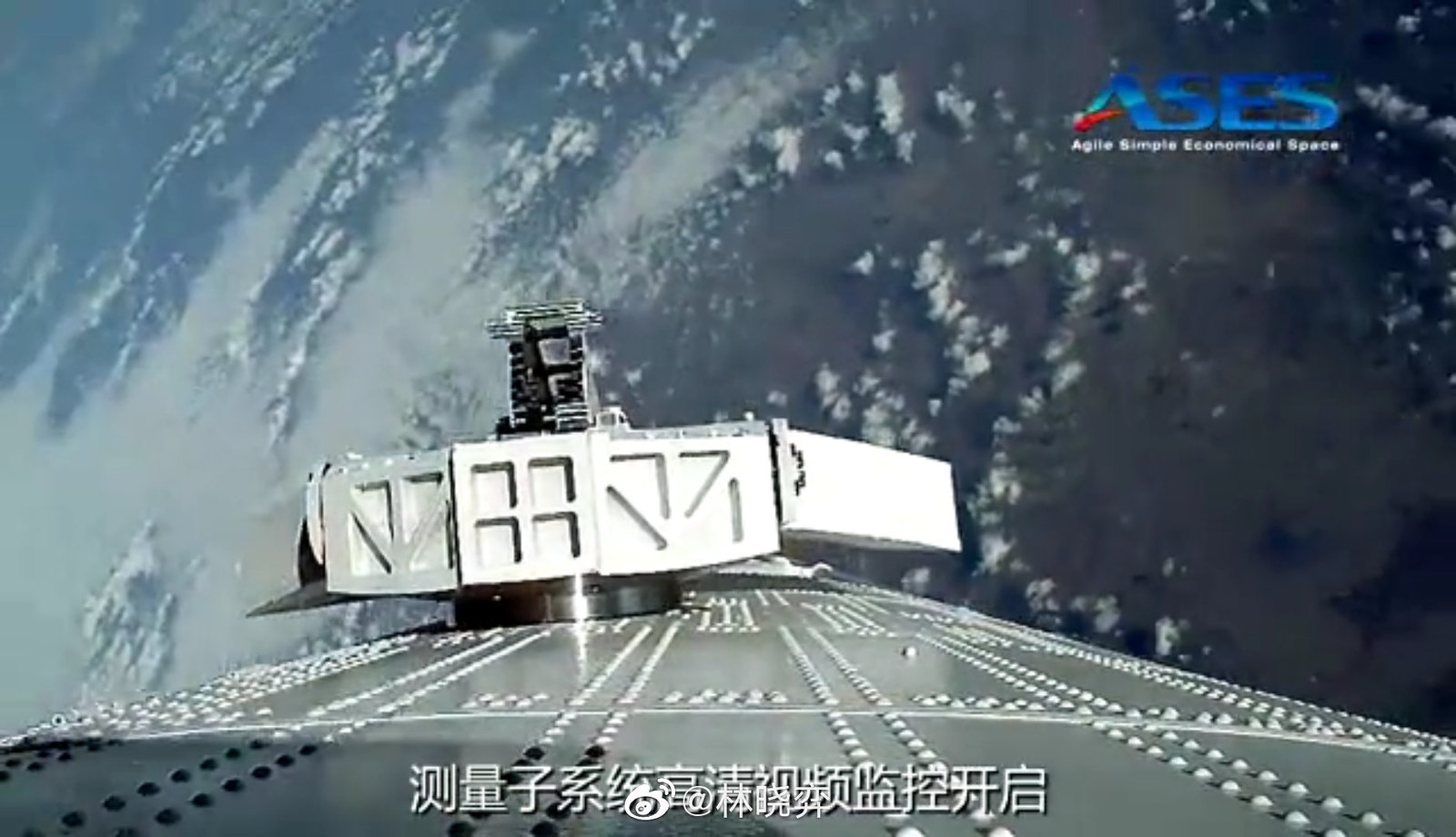 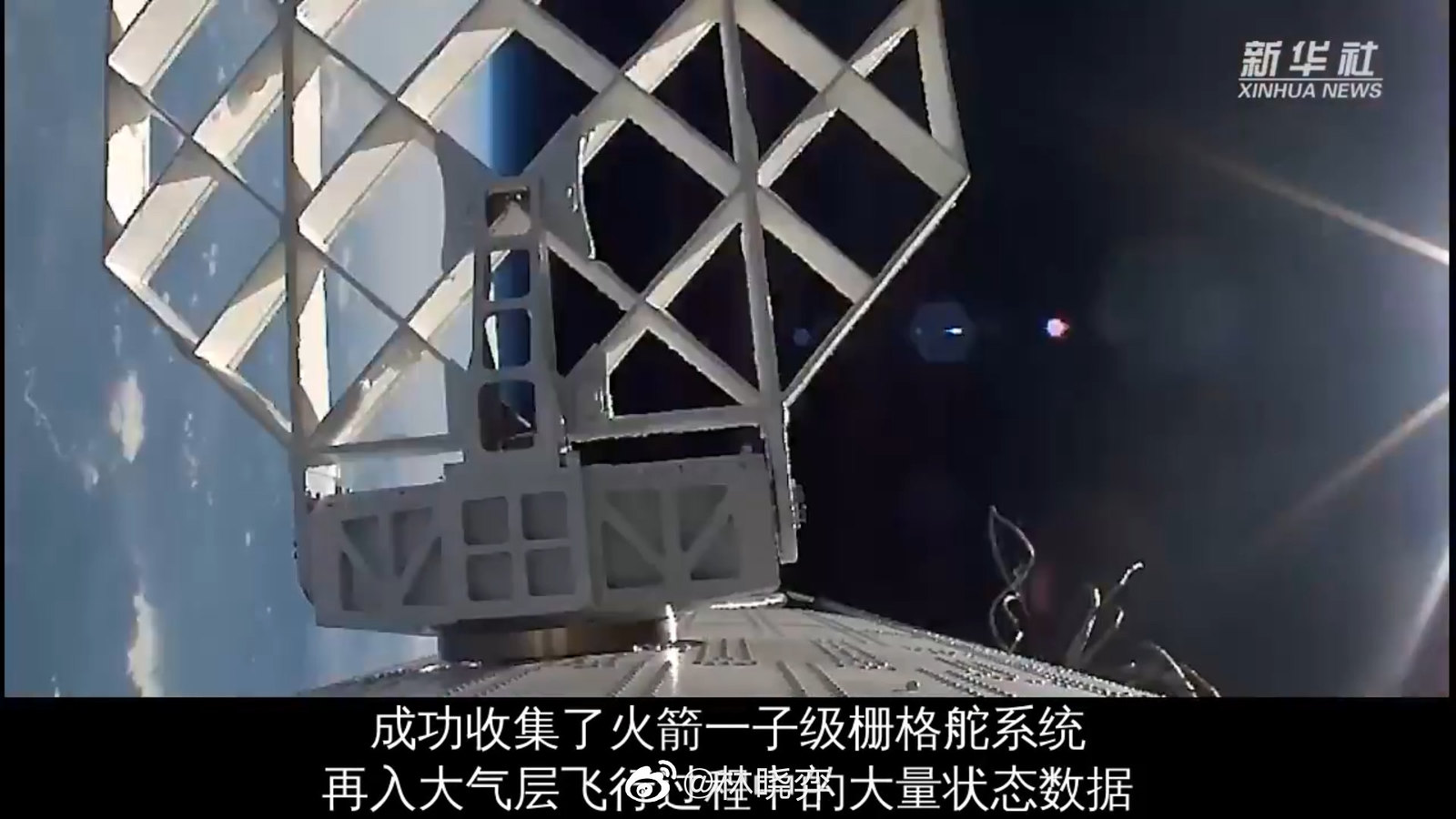 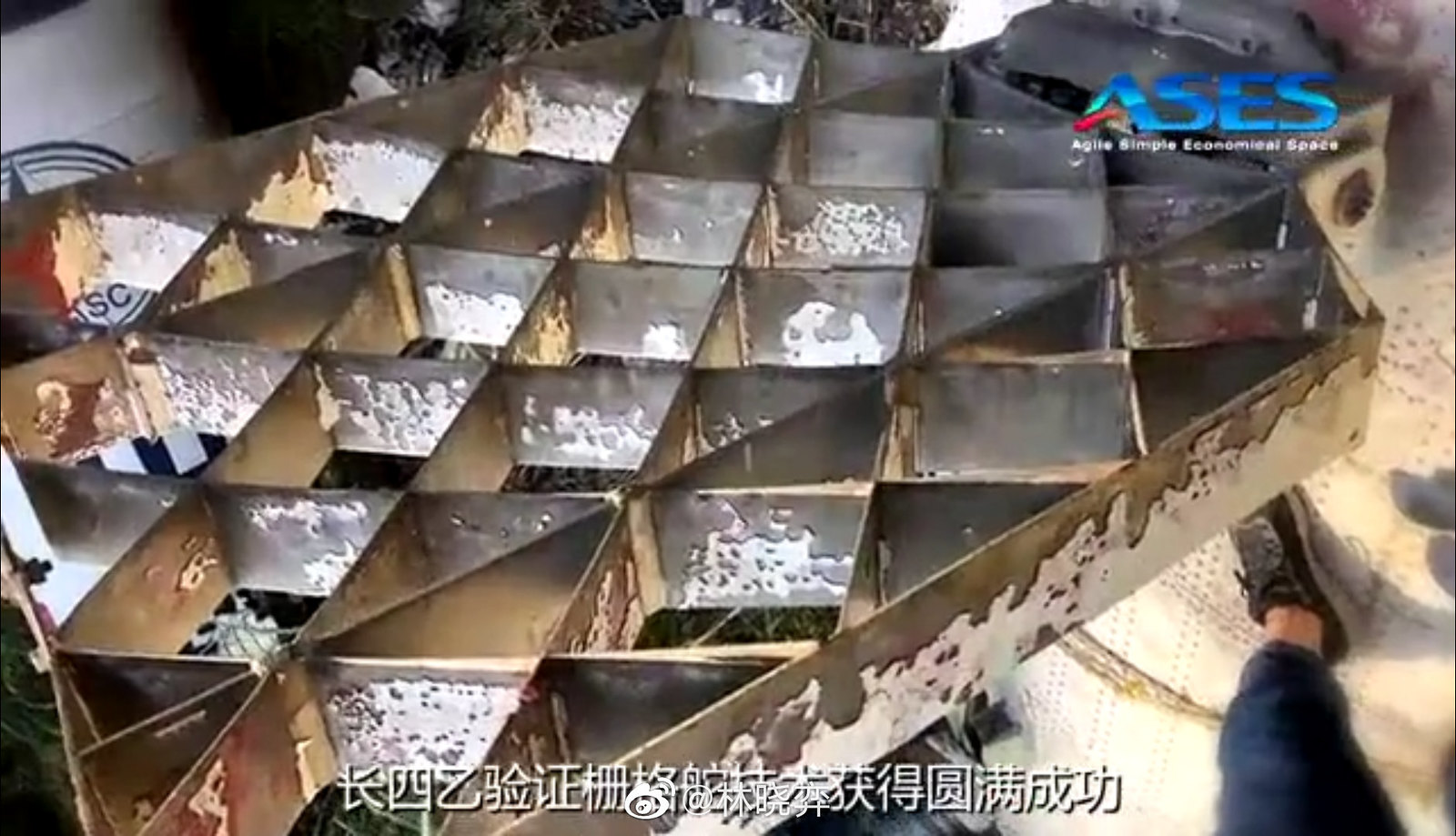 A four-stage Kuaizhou 1A booster lifted off with the Jilin 1 Gaofen 02A satellite at 11:40 a.m. Beijing time from the Jiuquan Satellite Launch Center in northwestern China.

The spacecraft joins 13 other Jilin-1 satellites launched by Chang Guang, which is a commercial spin-off of the Chinese Academy of Science’s Changchun Institute of Optics, Fine Mechanics and Physics.

Expace, a commercial subsidiary of the state-owned China Aerospace Science and Industry Corp., manages Kuaizhou 1A launches. The booster is believed to be based on a Chinese ballistic missile. 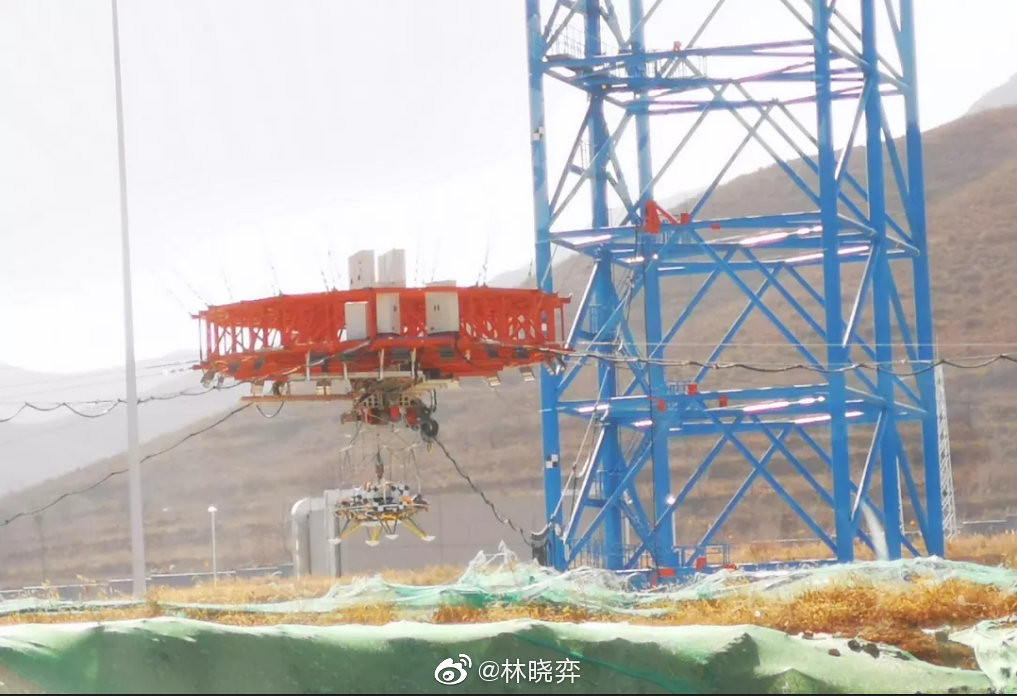 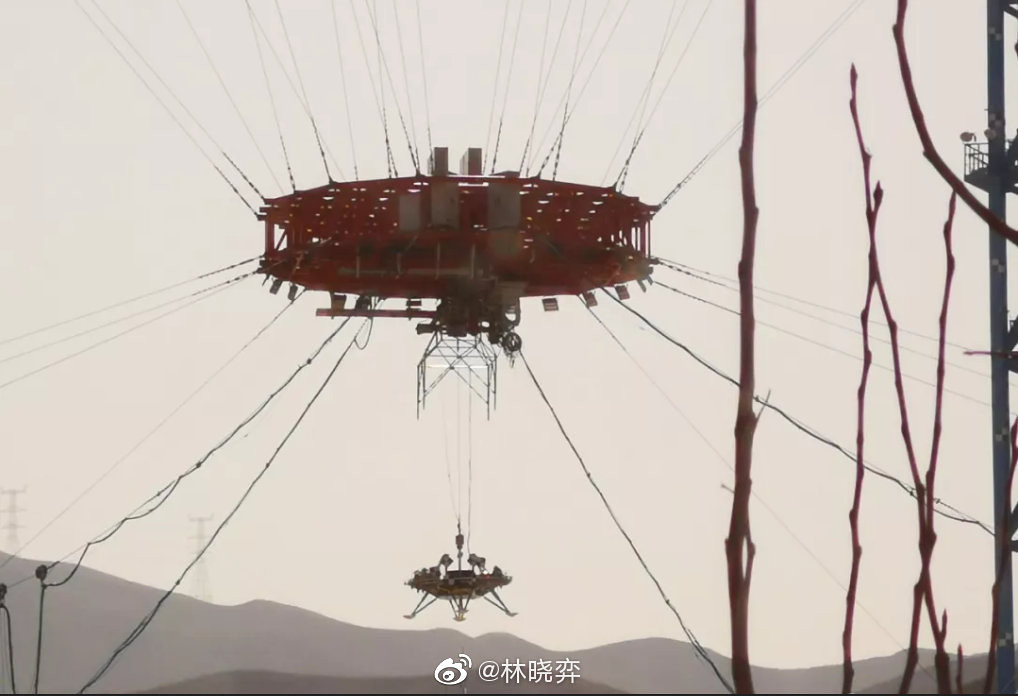 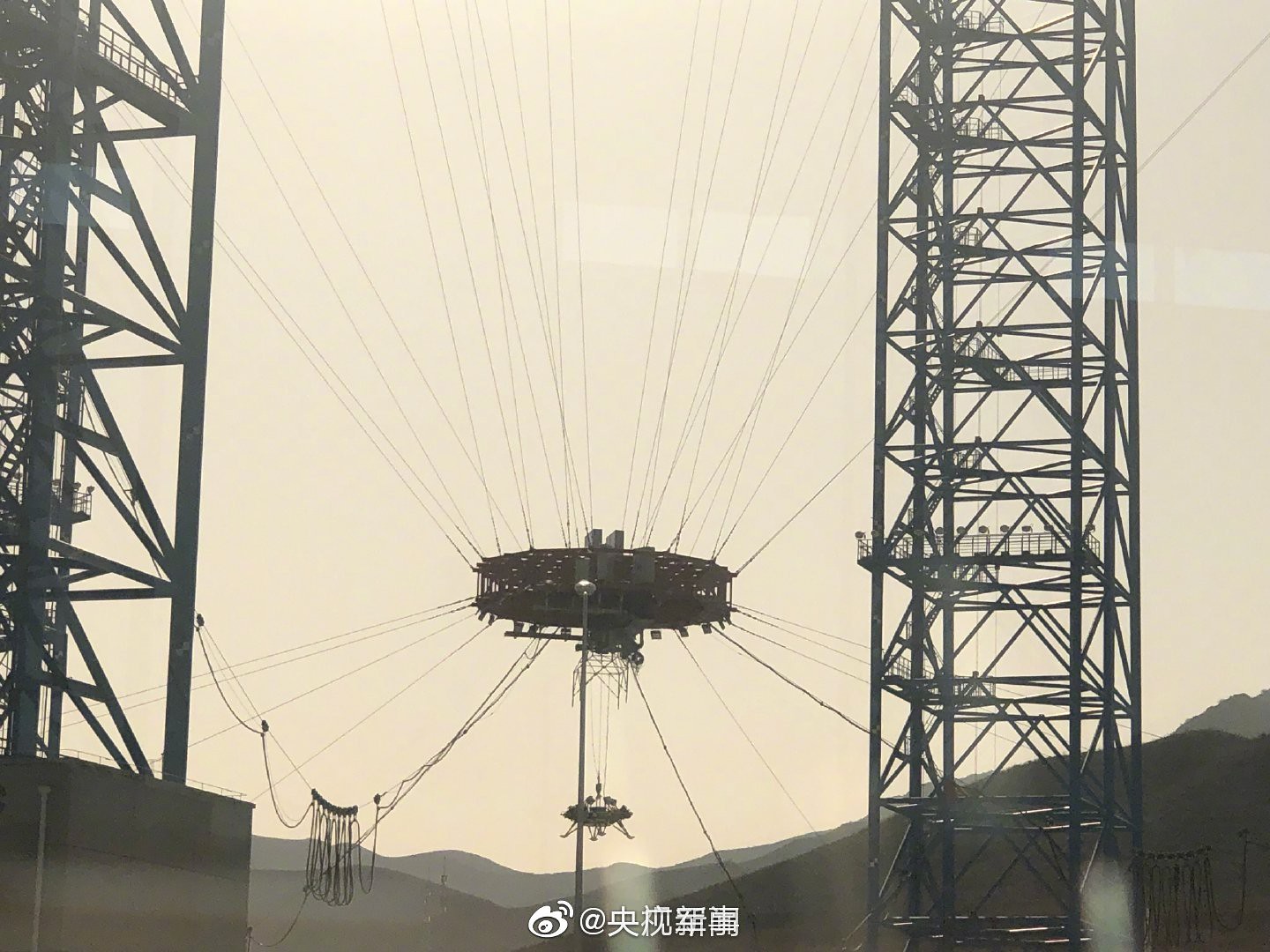 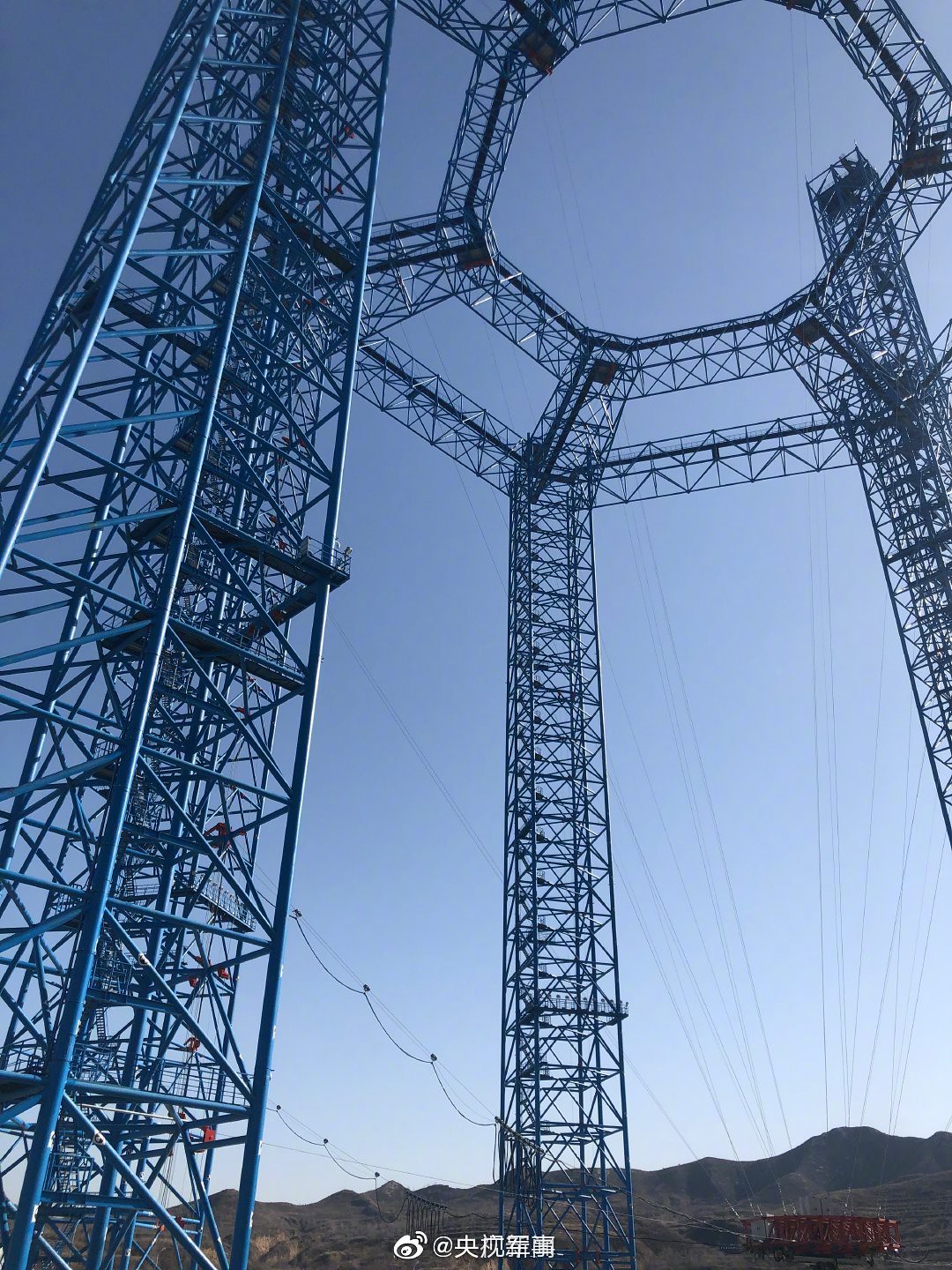 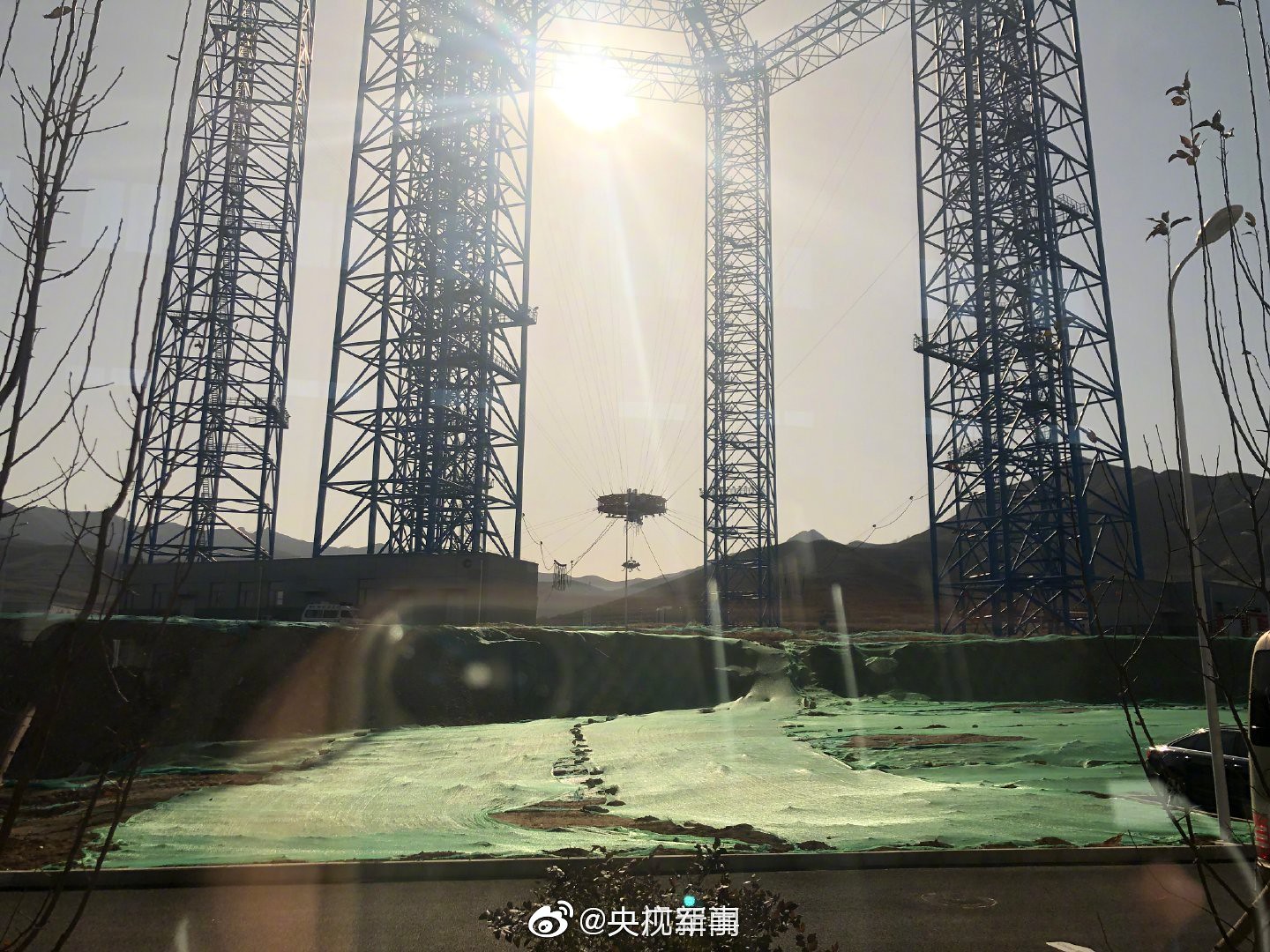 VIP Professional
Very good Photos by78!.....I have these with the caption;


Please, Log in or Register to view URLs content!
Zhang Rongqiao, chief architect of the Mars mission, speaks at the trial ground of an experiment for landing on Mars in Huailai County, north China's Hebei Province, Nov. 14, 2019.

Photos taken on Nov. 14, 2019 shows the trial ground of an experiment for landing on Mars in Huailai County, north China's Hebei Province.
China on Thursday unveiled an experiment simulating the process of a probe hovering, avoiding obstacles and descending to land on Mars. China plans to launch the Mars probe in 2020, aiming to complete orbiting, landing and roving in one mission, an unprecedented achievement, according to the China National Space Administration. How to safely land on Mars is one of the biggest challenges facing the mission. The experiment simulated the gravity of Mars, about one-third of the gravity on Earth, to test the design of the lander. (Xinhua/Jin Liwang) 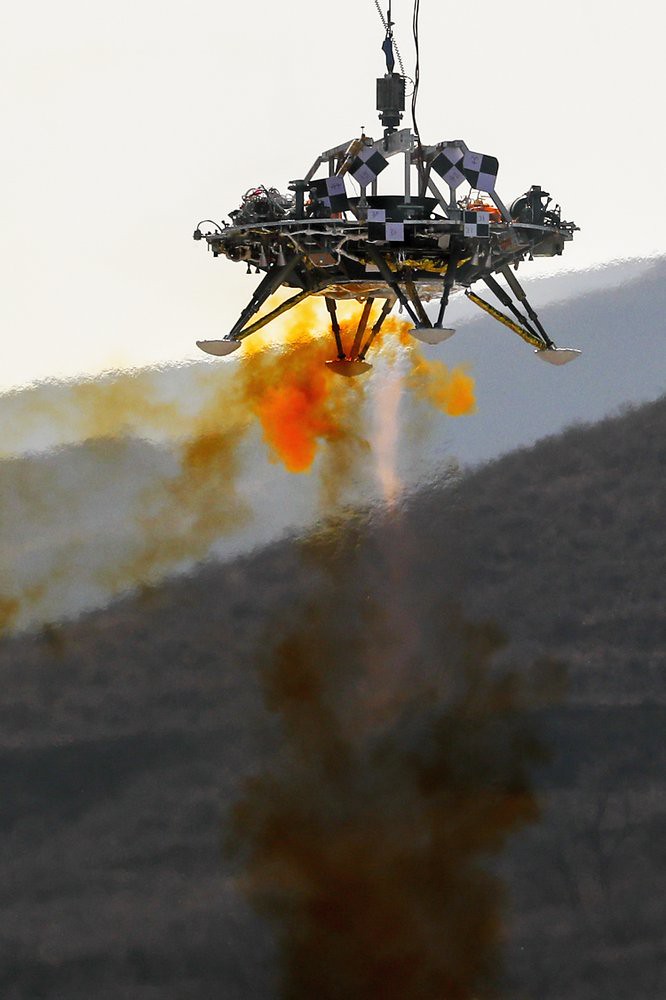 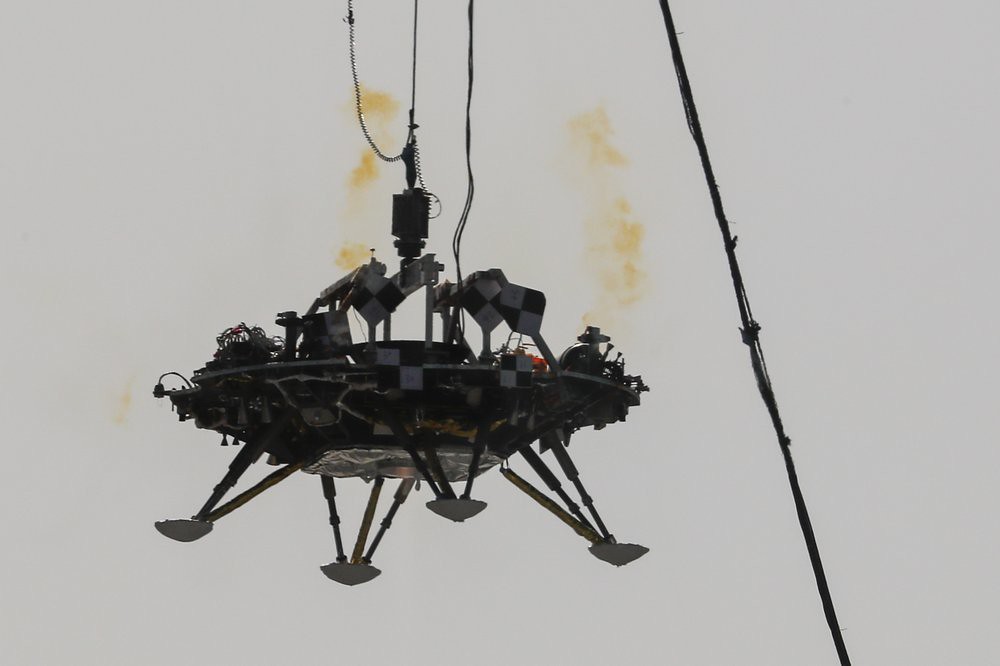 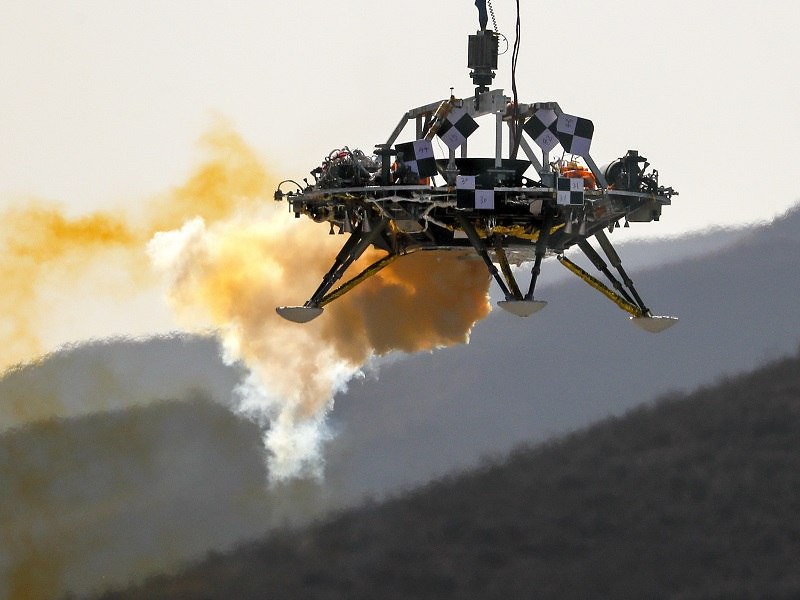 High-resolution images of one of the twin launches from yesterday. 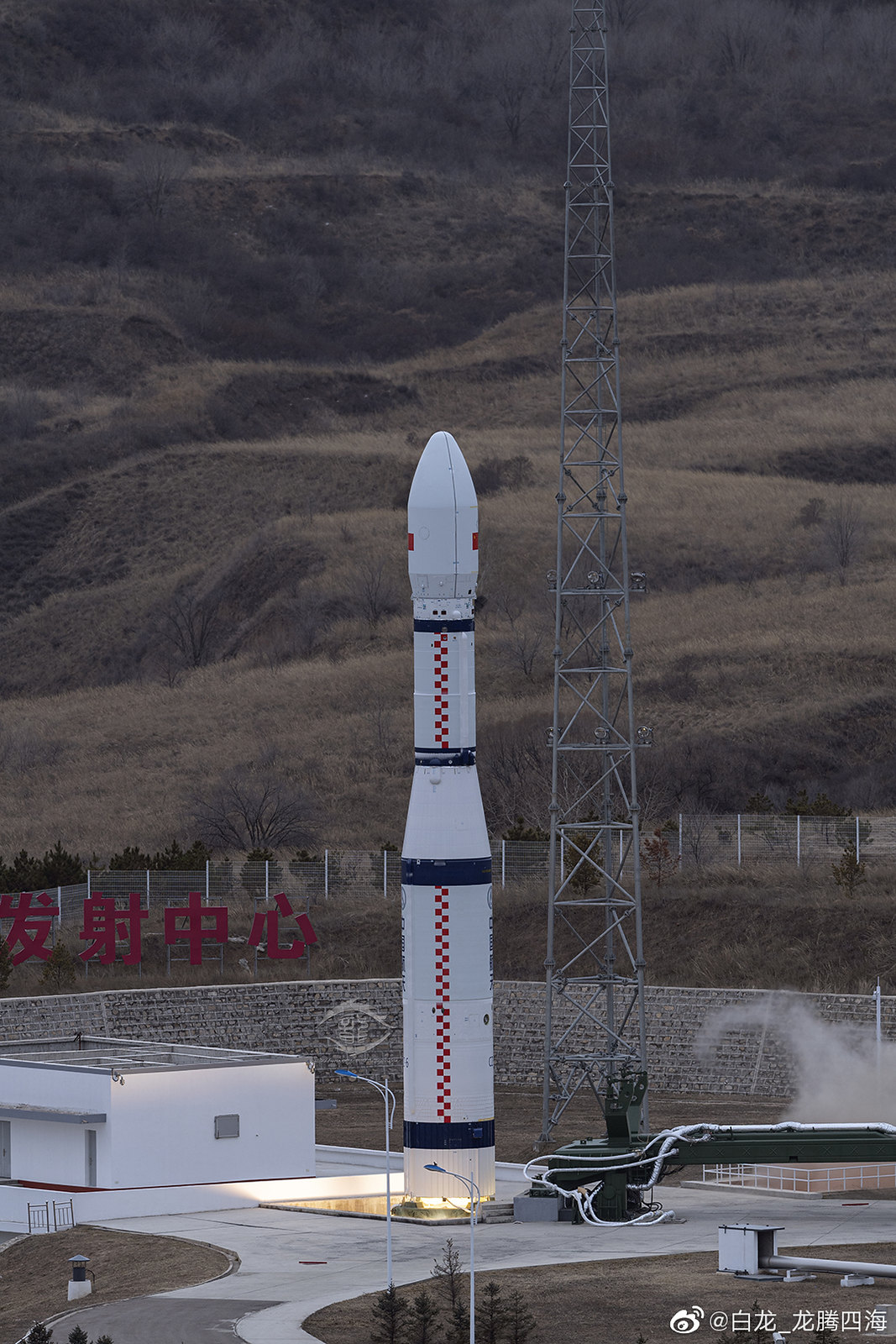 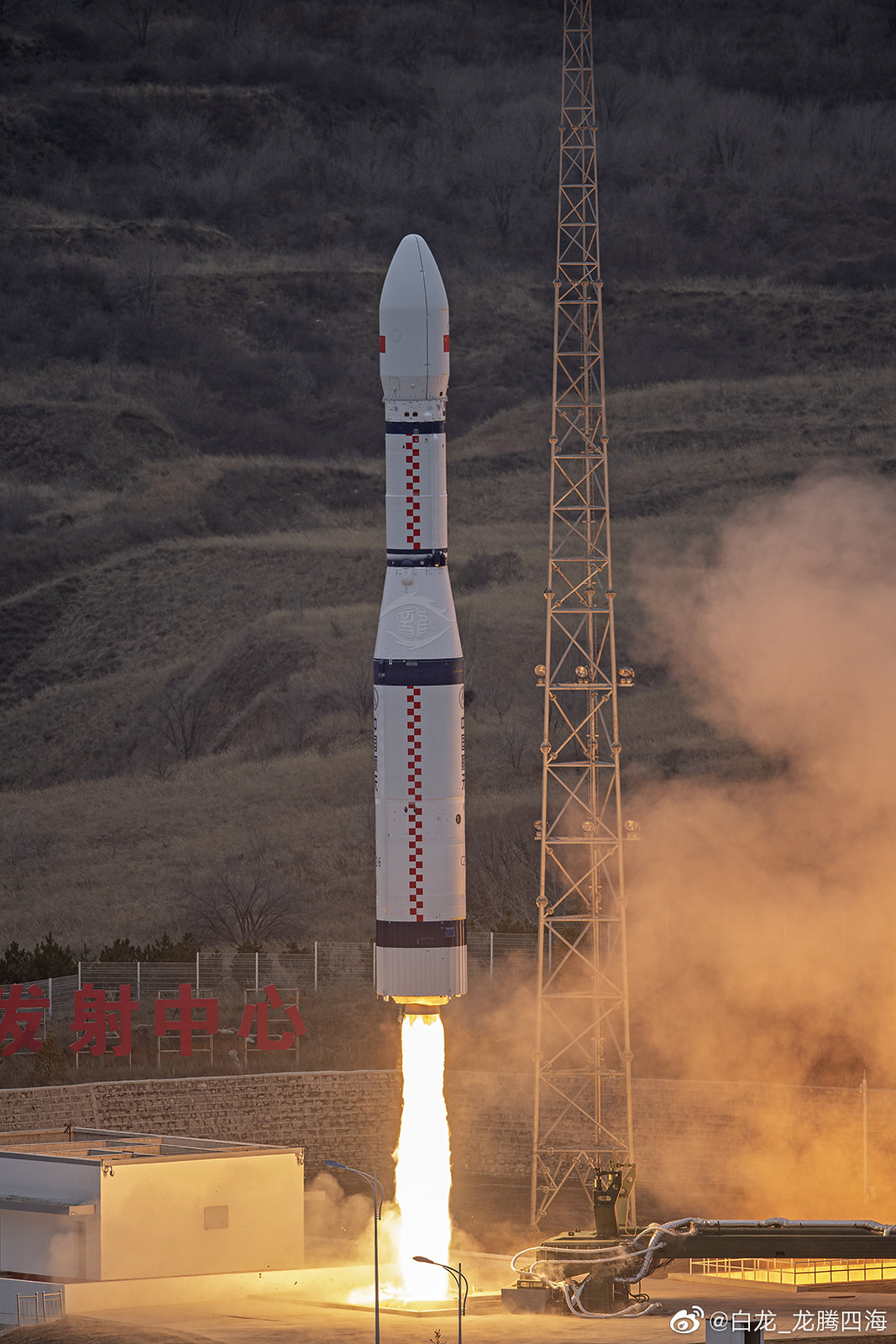 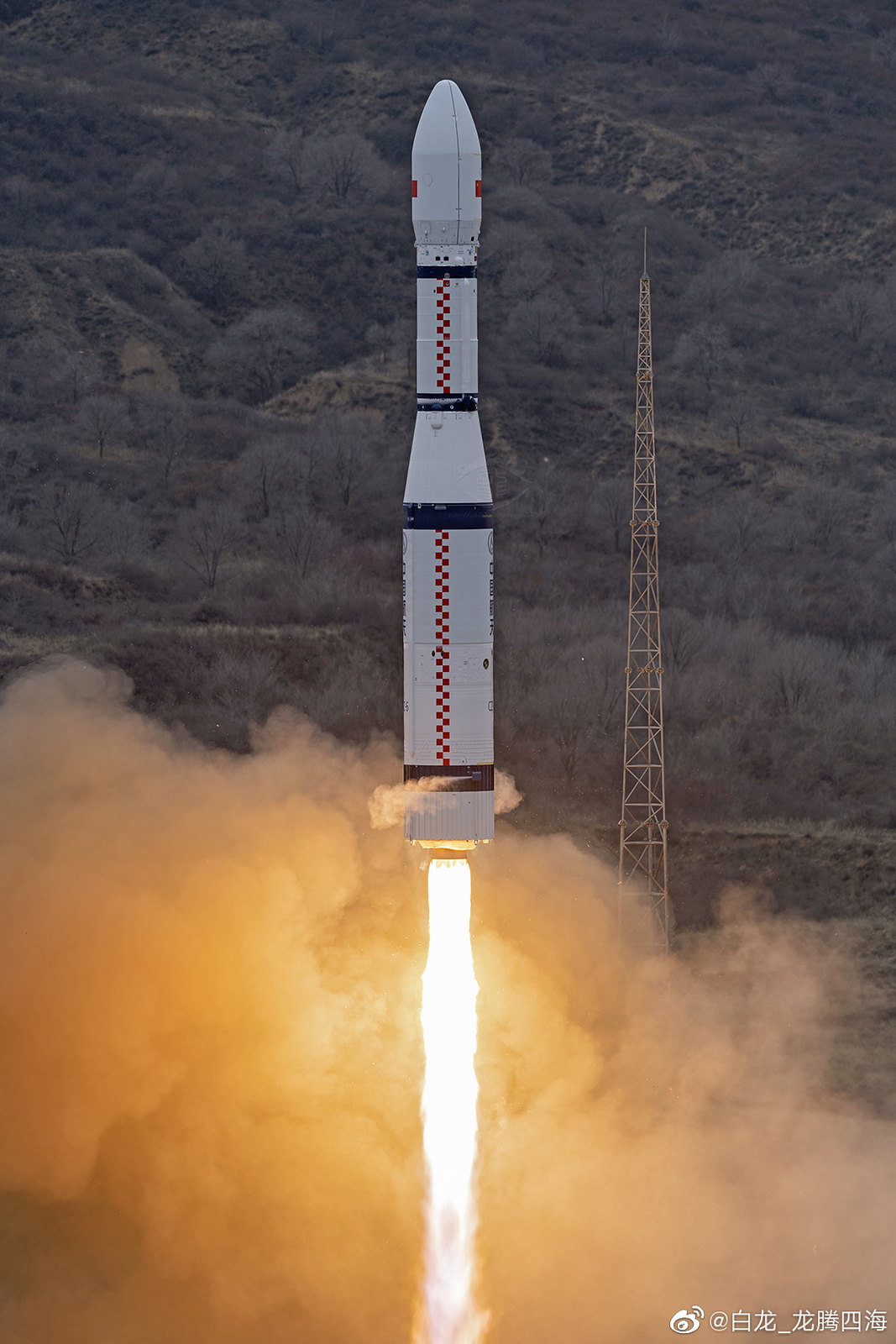 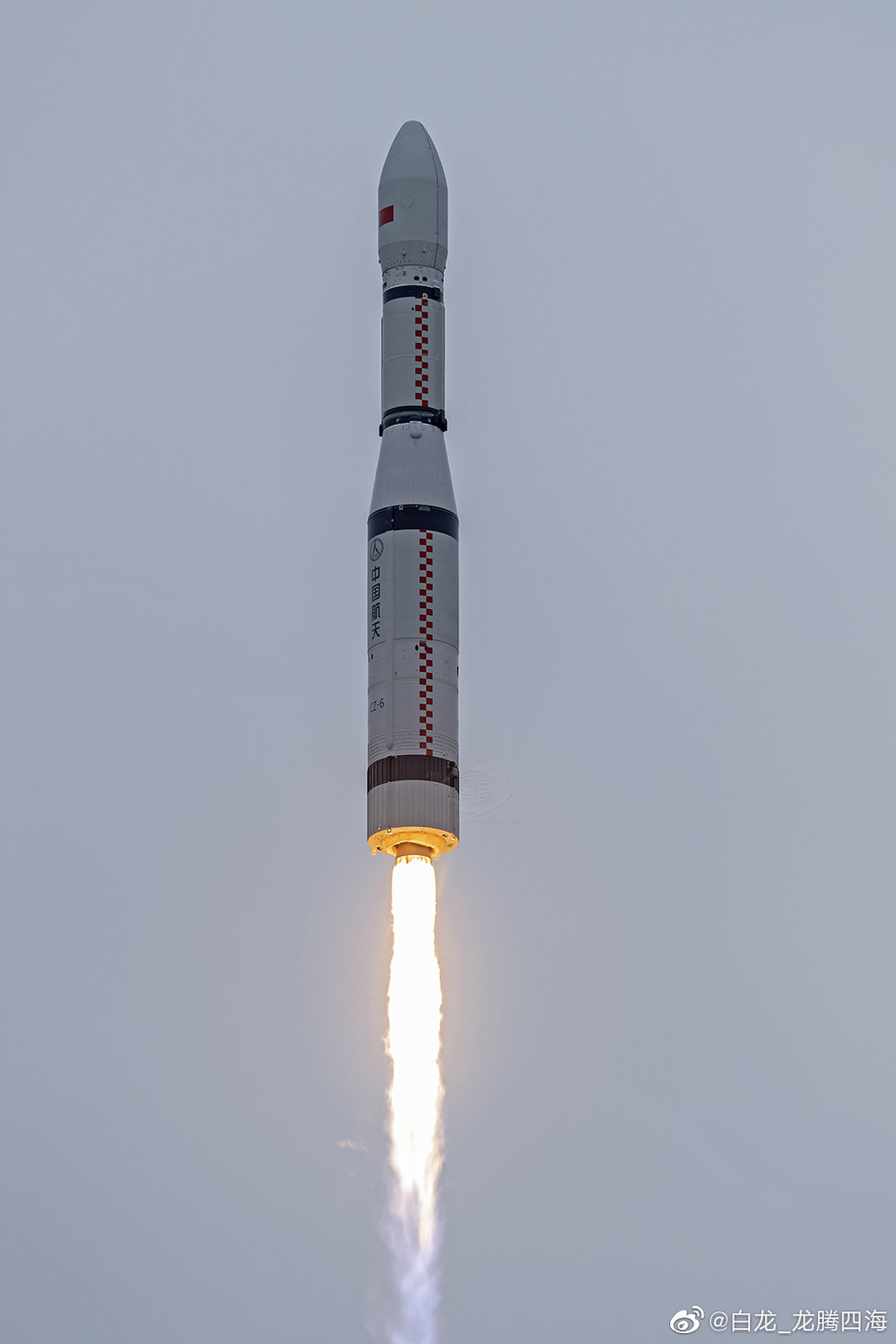 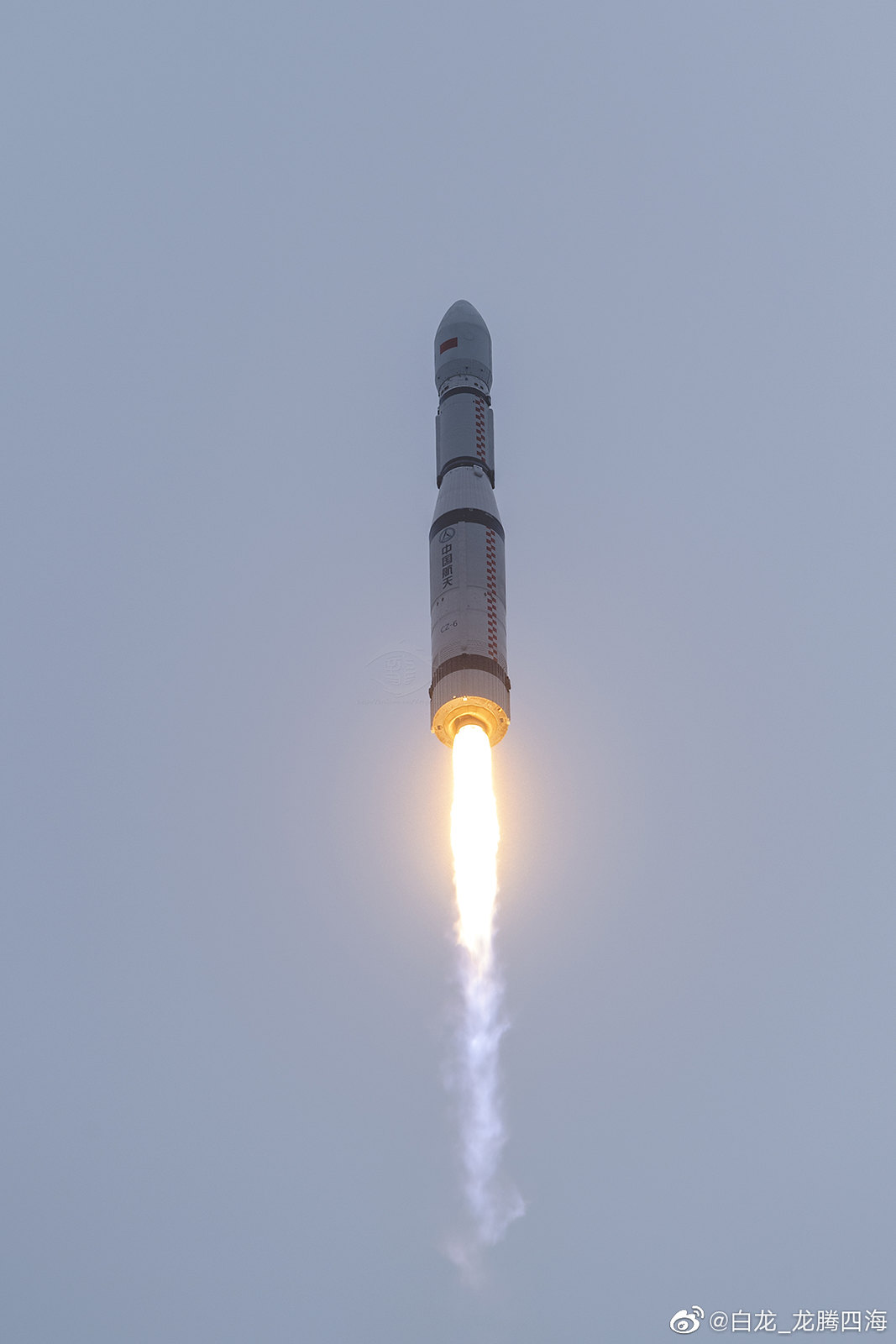