Staff member
Super Moderator
Delft, stop using the "I have heard," mime to interject anti-US or other ideological or political dialog.

Consider this a warning. This type of thing has been indicated to you before.

SD is NOT POLITCAL or IDEOLOGIAL.

DO NOT RESPOND TO THIS MODERATION
T

Blackstone said:
It's attitude like yours that doomed China to look inward and allow the West and Japan to overtake it and in time invade its land and make the Chinese people second class citizens in their own land. China is blessed its leaders aren't so stupid.
Click to expand...

That was a heavy price that Chinese have paid (and to be frank I think other great powers also paid and is paying although not my main point here). I think every nation has to keep that in mind to guid their future especially Chinese as that memory is very fresh.
Luckiely from my observation, the Chinese leadership does have cool head so far.
N

Ultra said:
When UN was established back in 1945, only USA had nuclear weapon. It took 4 years before USSR got theirs, and 7 years before British got their own, 15 years until the french got theirs, and 19 years until mainland chinese go theirs. Another thing was that PRC was not recognized by UN until 1971 - the both the seat in General Assembly and UNSC was held by Taiwan (Republic of China).
Click to expand...

Not saying that nukes have to be an entry requirement, but I think it is in the interest of all 5 permanent standing members of the UN to prevent anyone else from having thermonuclear weapons other than themselves. That means fusion bombs which is a totally different beast from fission bombs and a lot harder to make work.

Yes PRC replaced ROC in 1971, that too after Korean war and Sino-Indian war and Sino-Soviet border conflict. After China have demonstrated fission and fusion weapon capability, and had sent their own satellite into space in 1970 (demonstrating the ability to hit anywhere in the world). That should tell you that it takes real muscle to get inside UNSC, not just because you are popular or rich. If you can't beat him, let him join your club.
Last edited: Jan 2, 2016
N

plawolf said:
By that measure, Afghanistan should get a permenant seat since they have sent the British, Russians, and soon the Americans packing.

But joking aside, that's a very dangerous sentiment to have, because that promotes war, and is in effect a form of might=right, which I am firmly against.
Click to expand...

I stated what I observed. I want the same as you plawolf. Why wouldn't I? I'm one of the little folks like you. Little folks lead hard lives when countries get along and much harder lives when SHTF.

It's just that when it comes down to things there are ways big powers can make small powers behave, but who is gonna check the big powers? Big powers accommodating smaller powers is ultimately a form of grace, not something the small powers can claim by right or even take for granted.

The UN is for the big powers to discuss and settle differences in interests before things gets to a point where it makes lives of the little guys everywhere around the world too hard. I would say the most valuable parts of the UN is actually the UNSC. The five dons gets to sit down and talk things through to prevent misunderstanding/miscalculation. Then they turn around to tell the rest of UN that yes, they all have the best interest of the blue dot in space (and sort of by implicit implying that they have to right (and power) to guide things along according to how they settled their differences).

The very first freight train arrived to Russia’s Kaluga Region from China as part of the Beijing-led New Silk Road infrastructural project, according to the official website of the Kaluga Region.

The Chinese-led $900-billion
Please, Log in or Register to view URLs content!
infrastructural project is supposed to connect East Asia, the Middle East, Europe and even Africa.

Russia would also play a major part in the construction of the future major project. The train that arrived from China to the Kaluga Region is a test drive of a large scale trade volume of between the two countries.

"On February 5, the first freight train arrived to the Kaluga Region under the framework of the international project New Silk Road," the
Please, Log in or Register to view URLs content!
said. 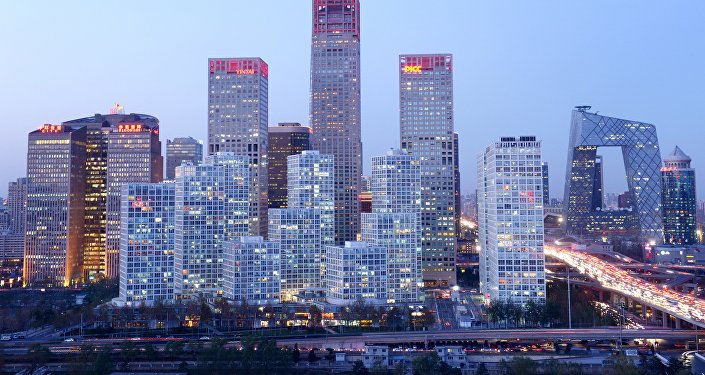 The cargo train was mostly fit with components for the Samsung company, based in the city of Kaluga.

Here is Thomas PM Barnett's recent presentation at the National Defense University(2015). He goes into the One Road One Belt plan after he does a lengthy of set up.

Sorry that this isn't just one video but it's only available in sections.

China has set a target of building around 30 nuclear power units in countries along the Belt and Road Initiative routes by 2030, according to Sun Qin, president of China National Nuclear Corp.

He said 70 countries in total are already planning or developing their own nuclear power projects, and it is estimated 130 more nuclear power units will have been built by 2020.

"But we also face very strong competition in the international nuclear market," he said.

"Countries like Russia, South Korea, Japan and the United States are all exploring the global nuclear market aggressively."

Belt and Road destinations are those along the Silk Road Economic Belt and the 21st Century Maritime Silk Road－the initiative proposed by President Xi Jinping to strengthen regional economic integration and infrastructure connectivity.

Currently China has 30 nuclear power generating units with a capacity of 28 million gigawatts and another 24 units are under construction, according to data from the National Energy Administration.

CNNC is one of China's three nuclear giants.

It has been accelerating the building of its flagship nuclear project using Hualong One, a third-generation nuclear reactor design, in Fuqing, Fujian province, and hopes to leverage this domestic experience to boost its nuclear technology exports.

But he emphasized there was no need to hit full self-sufficiency in nuclear, because many general components can be bought through international suppliers.

Sun said the company is looking ideally to cooperate with countries throughout the whole nuclear power industry chain.

It actively promotes localization of its technology and strives to establish integrated industrial systems for countries involved with the Belt and Road, Sun said. Nuclear reactors under construction in Sanmen, Zhejiang province.[Photo/Xinhua]
A

BEIJING, Aug. 16 (Xinhua) -- Progresses in the Belt and Road Initiative and China's urbanization drive are among the bright spots in the country's efforts to fulfill targets in its development plan.

Capacity, infrastructure and education cooperation with countries under the Belt and Road Initiative have made substantial progress, said Zhao Chenxin, spokesperson for the National Development and Reform Commission (NDRC) at a news briefing.

ADVANCES IN BELT AND ROAD

The total value of bilateral industrial cooperation has exceeded 100 billion U.S. dollars under the framework. So far, Chinese companies have built 46 cooperation zones in countries along the routes, while China's Ministry of Education has inked over 60 deals with those countries.

In 2015, nearly half of the international students in China came from countries along the routes, Zhao said. Nearly 400,000 foreign students from 202 countries and regions came to study in China in 2015, data showed.

Meanwhile, China has built railways, highways and ports along the routes while signing MOUs with its neighbors and partners.

Launched in late 2013, the initiative is an umbrella term for the Silk Road Economic Belt and the 21st-Century Maritime Silk Road. It will be a trade and infrastructure network connecting Asia with Europe and Africa along ancient trade routes.

China has also made significant progress in shanty-town renovation and building affordable housing and public transportation, the spokesperson said at the same briefing.

As of the end of June, the country had met 66.9 percent of its annual shanty-town renovation target, 8.2 percentage points higher than the same period last year.

As for urban affordable housing projects, 97.9 percent of the annual target had been reached as of the end of June, Zhao said.

In the first half of 2016, city and inter-city railway networks grew rapidly. Rail transit in 25 cities reached a length of more than 3,300 kilometers, and another 3,800 km was under construction in 37 cities. The intercity traffic network hit 1,250 km.

Governments of all provincial regions have released their reform plans on the household registration system.

The central government is supporting 37 towns to innovate infrastructure investment financing and help medium and small cities and towns to improve infrastructure weak points in water, heat and gas supply as well as sewage and garbage treatment.

Zhao also said that China will strive to foster new pillars of economic growth and deepen international cooperation in its urbanization drive.

However, overcapacity reduction casts a shadow over the Chinese economy. China still faces daunting challenges in reducing capacity for the rest of 2016, despite an acceleration in July, according to Zhao.

By the end of July, capacity reduction in China's steel sector totaled just 21 million tonnes, or 47 percent of the annual target, Zhao said. This marked substantial progress, as China had only completed about 30 percent of planned cuts for the year by the end of June, but it is still far from the target.

To fulfil the annual target, local governments were urged to be more resolute in cutting capacity and introducing measures such as accountability systems, public exposure and blacklisting, according to Zhao.

China had reached 38 percent of annual coal capacity reduction targets as of the end of July, Zhao added.

Zhao attributed the default largely to a spike in steel and coal prices this year and local governments' reluctance to cut capacity in order to protect jobs and local economies.

Despite the default, Zhao said China's overcapacity cutting efforts will not drag on the country's growth or harm the world economy.

Overcapacity is a global problem resulting from the 2008 financial crisis and occurs in many industries such as crude oil, iron ore and auto making, causing shale oil and gas stockpiles in the United States and iron ore overproduction in Australia, Zhao said when responding to concerns raised by a Reuters correspondent.

Even in the steel sector, overcapacity is not just a "China problem." "Many countries are confronting the problem. It is a global issue," he said. In 2014, China's rate of capacity utilization of crude steel was about the same as the world's average of 73.4 percent.

Moreover, China's iron and steel products are mainly for the domestic market to support the country's urbanization, manufacturing and infrastructure development.
You must log in or register to reply here.