Kalec said:
If you meant to be deploying them with lighter warheads (Assuming it does exist and reliable), still need more warheads to secure a MAD.
Click to expand...

Simple as Chinese warheads are heavier and carry more yield. If I remember correctly, the third stage of DF41 is 1.4m and of Trident D5 is 2.1m. D5 has more space for warhead and PBV, a trade off its length due to obvious reason.
N

Kalec said:
To be clear, I am not suggesting a nuclear strike against and quite the reverse I was suggesting that nuclear could not be won and won't be used from the beginning.

I think the current "showdown" is very related to the strategic nuclear weapon right now.

Dudes are simulating hundreds of scenarios about US - China fighting in westpac in their head, but unfortunately It will never actually happen. Just as the Ukraine war, US will never directly intervene as long as nuclear weapons concerned.

However, the nuclear weapon demonstrates a resolve, about whether one is willing to launch a military operation at their cost.

Nuclear war doesn't exist but nuclear coercion did exist. Mark my word, China will never go all-out in Taiwan before achieving MAD with US, a.k.a free from US military coercion.


Ukraine is a relatively small country with no nuclear weapon compared to Russia, but it never cedes Donbas from their sovereignty. Whether one supports Ukraine or not, the answer is so clear that no country will ever tolerate a formal independence of their territory.
Click to expand...

Exactly. And the good thing about China achieving MAD with the US (plus it's allies) is that the nuclear war that we are all fear so much would never happen.

Registered Member
Cannot find any others source yet. Tho it’s not like we need it given the pentagon gave an estimate already.

FriedButter said:
Cannot find any others source yet. Tho it’s not like we need it given the pentagon gave an estimate already.

I believe it's a new TEL called HTF5700 HEV, but the missile type and designation is unknown. Definitely doesn't look like the DF-26 TEL in the video.

A new missile carrier vehicle spotted in public. It could be the HTF5700HEV 12x12 hybrid carrier or something similar. 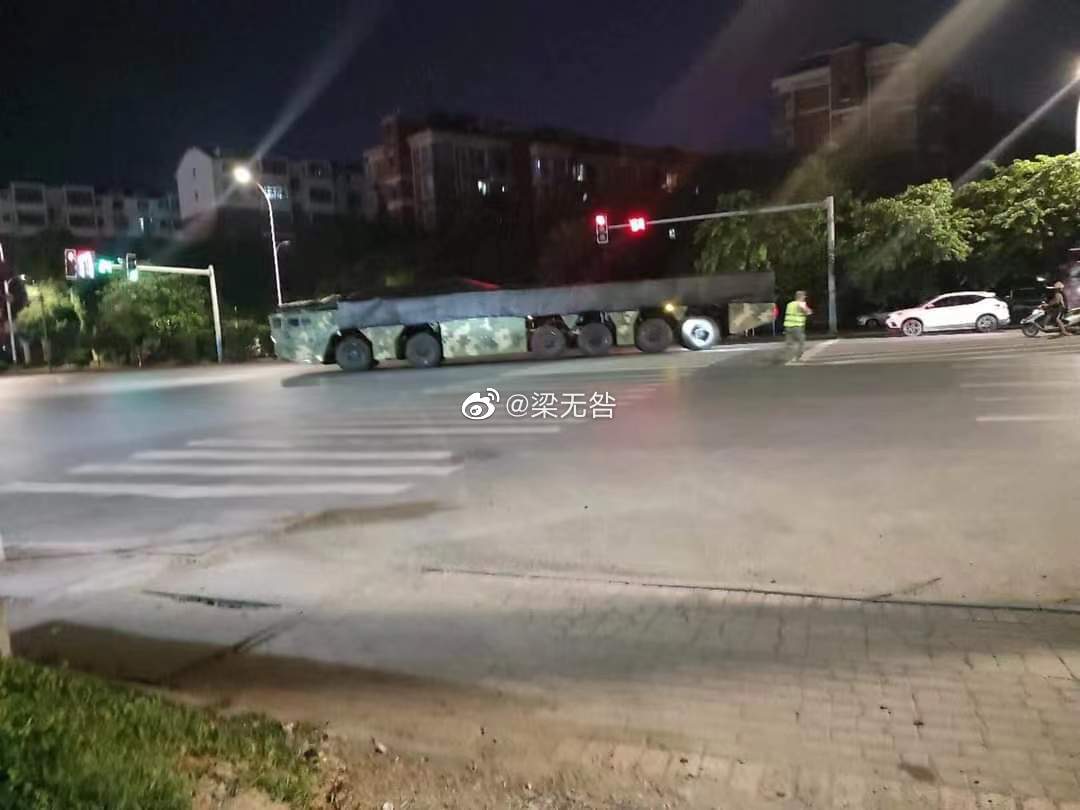 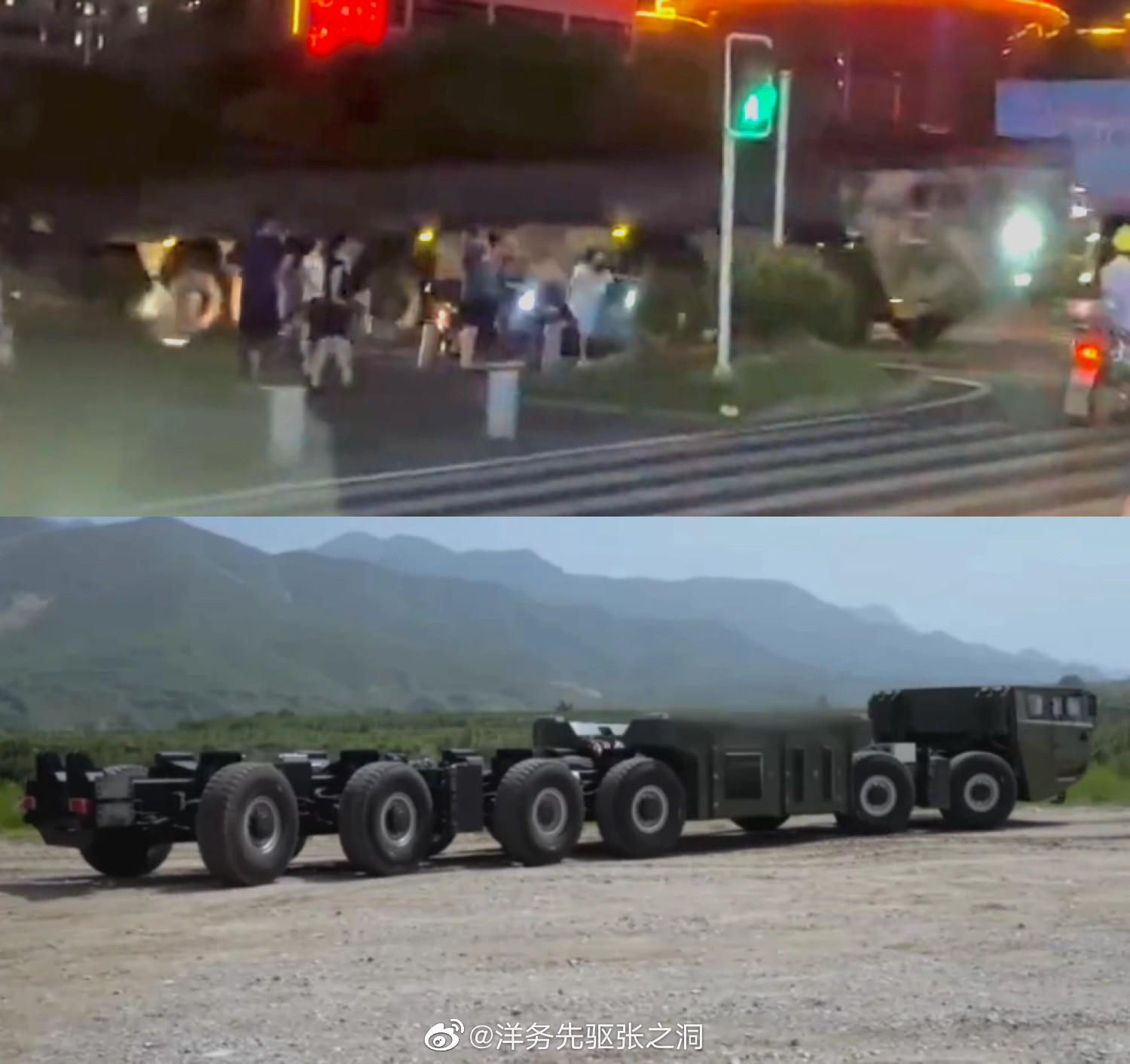 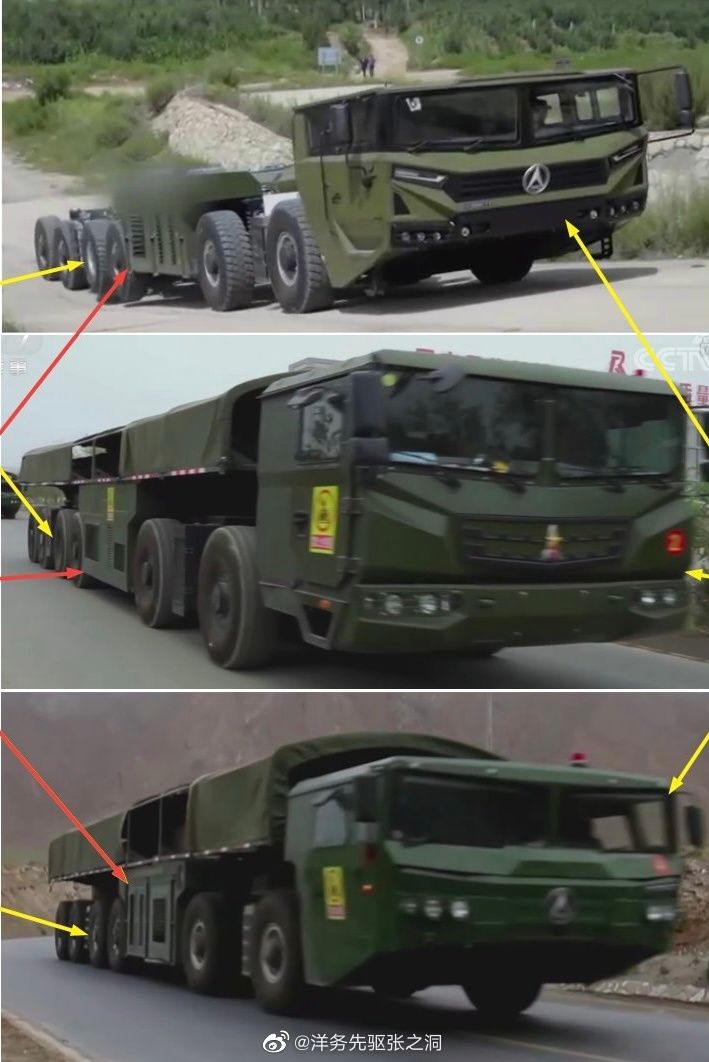 bajingan said:
If its true, then China intention is to go beyond 1000 warheads, lets f*****g gooo
Click to expand...

r41 said:
I used the search funtion but did not find an answer, in case delete the post:

Seen the incredible and unbelievable progress of China space technology only in the last 10 years or so, if China wanted to arm some satellite with ICBM in the next few years what would be the possibility that the US would detect this move ? Would the lauch of an ICBM armed satellite be different from a normal satellite lauch ?
Click to expand...

There's a lot of conspiracy theorists that claim such a weapon system already exists but it's being "hidden".
I totally disagree.

If you have the capacity to launch a satellite into orbit, it is not a huge engineering leap to just develop a missile with "unlimited" range.
So what's the point of arming a satellite with a bomb or missile?
This is not a new idea. The Soviet Union developed such a system back in the 1960's

Registered Member
the things is that FOBS is not a permanent weapon in the orbit, it is just a warhead delivery system and since the 1960 the war space technology improved at an unbelievable speed, that 's why Trump created the United States Space Force and that 's why the US thinks China is developing a new FOBS (
Please, Log in or Register to view URLs content!
), and seen China mesmerizing space program progress that one can follow even on this forum I was thinking about the likelyhood of developing in parallel to a new FOBS a new Satellite ICBM delivery (space to earth weapons) with the sinergies created by the above military and civilian programs...
You must log in or register to reply here.