It's funny because I saw a Fox News clip of their Pentagon reporter, the one Trump wanted fired, talk about the recent Pentagon report on China's military where she actually had to put into context the part where the Pentagon charges China plans to double its nuclear arsenal and adds if China doubles it's arsenal, it's still far less than what the US has. No lying to Americans that China wants have more nukes than the US to overwhelm the US so that they're okay with more taxpayers money to the Pentagon? Extraordinary...
G

Registered Member
Not China, but Trump revealed to Bob Woodward a secret US nuclear weapons system:

"We have stuff that Putin and Xi have never heard about before," Trump added, referring to Russian President Vladimir Putin and Chinese President Xi Jinping. "There's nobody - what we have is incredible."

gadgetcool5 said:
Not China, but Trump revealed to Bob Woodward a secret US nuclear weapons system:

"We have stuff that Putin and Xi have never heard about before," Trump added, referring to Russian President Vladimir Putin and Chinese President Xi Jinping. "There's nobody - what we have is incredible."
Click to expand...

Trump says HE built it? LOLOL Nobody's ever heard about it before including himself before the meeting because he made that shit up as he felt the need to pretend to have achievements. He lies about stuff everybody can fact check and prove wrong; imagine what he says about stuff nobody can check... Quite frankly, it would surprise me if Trump even knew what nuclear weapons are; he probably thinks "nuclear" means "very bigly."
Last edited: Sep 10, 2020

The Pentagon hyped up a lot of stuff like ABM and then eventually cancelled it. Bragging about something doesn't mean it works. This is the super-duper weapon Trump was bragging about before. It sounds like a hypersonic missile. I bet Trump didn't know China has hypersonic missiles. I saw a pundit on TV that said Trump revealing this just opens the door for Russia and China on producing new delivery systems for nukes so it's not something to brag about. And this conversation with Woodward was around talking about North Korea and the US was too afraid of the consequences there. Now China and Russia will have free reign to develop other delivery systems since the anything having to do with nuclear weapons the US has trying to restrict. This information just shows how much the US will lie and be a hypocrite on things they tell others not to do. They can try to brag all they want but they didn't take on North Korea which should've been easier to deal with this super-duper missile.
Last edited: Sep 10, 2020
X

gadgetcool5 said:
Not China, but Trump revealed to Bob Woodward a secret US nuclear weapons system:

"We have stuff that Putin and Xi have never heard about before," Trump added, referring to Russian President Vladimir Putin and Chinese President Xi Jinping. "There's nobody - what we have is incredible."
Click to expand...

A claim that certainly tickles the interests and convictions of a certain section of american military supporters ( who hold the belief that extremely advanced technologies are being hidden in secret bases that litter the plains far inland of the country).

But this is Trump speaking. He is not very knowledgeable of many things that one'd assume a politician ought to be of ( let alone military).
The "Trumpian" praise for the remarkably late American hypersonic investment is a pointer.

Don the con is full of... Trump's weapon is irrelevant. Even though Russia and China have their own ballistic missile defense, it's not going to stop a nuclear attack by the US. So what's this super-duper weapon? It ain't going to prevent Russia or China from striking the US. It didn't give the US enough confidence to take on North Korea which was the discussion that revealed this new weapon. China and Russia have hypersonic technology. The US has hypersonic technology. The only difference from before is the US feels more vulnerable from attack.
Last edited: Sep 12, 2020

A new generation of missile carrying tractor trucks from CASC. The model number is in the first image. 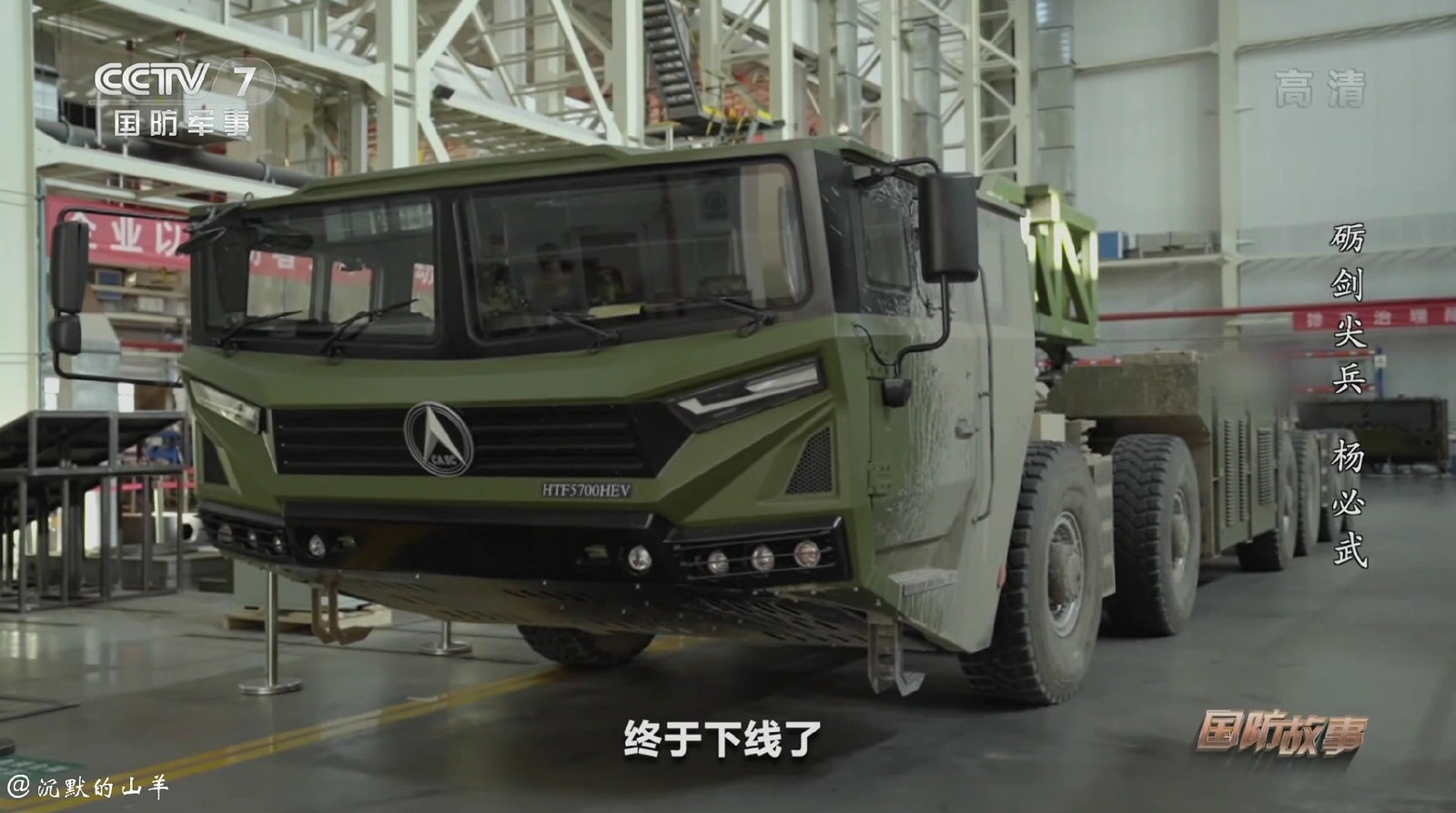 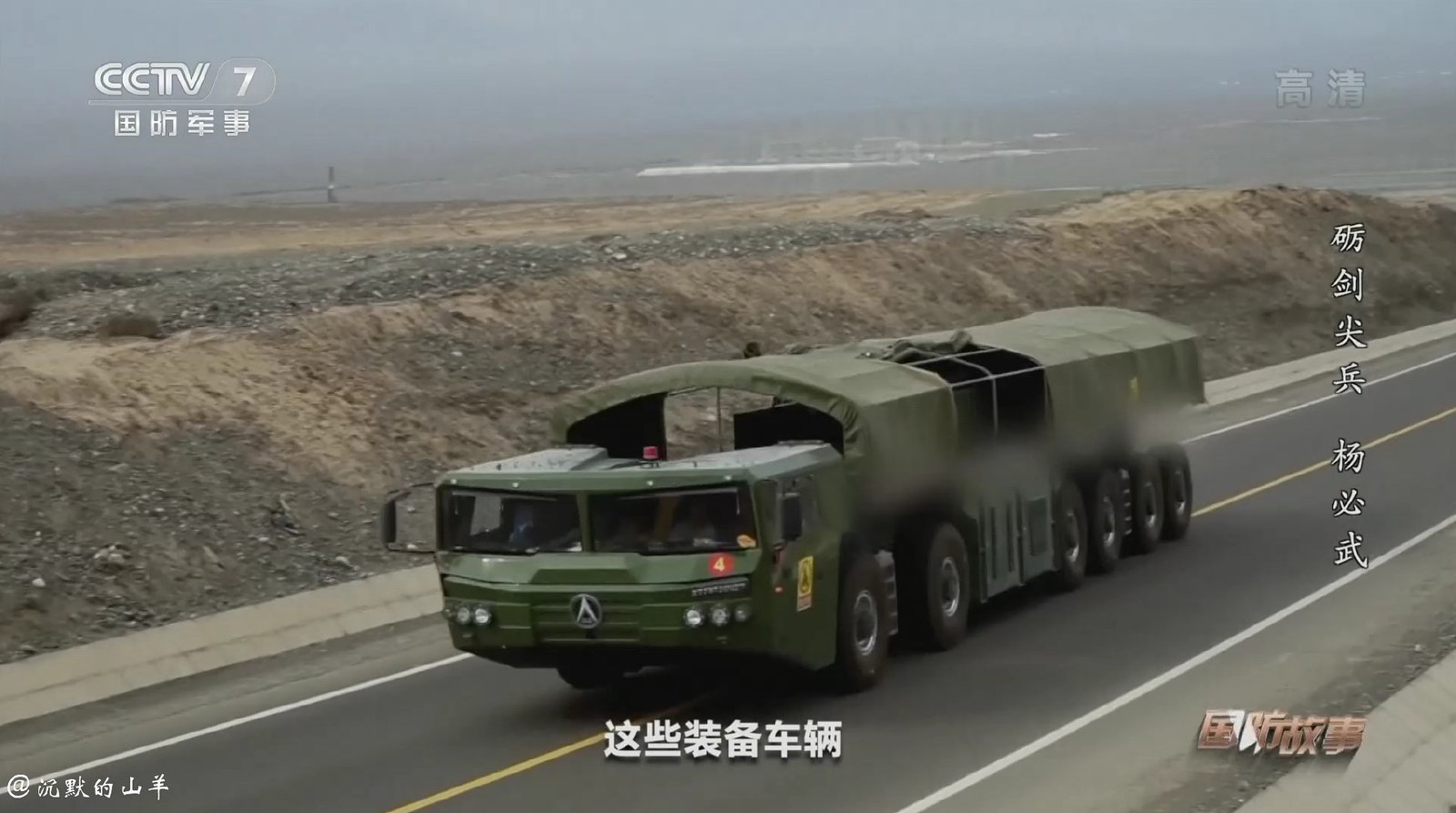 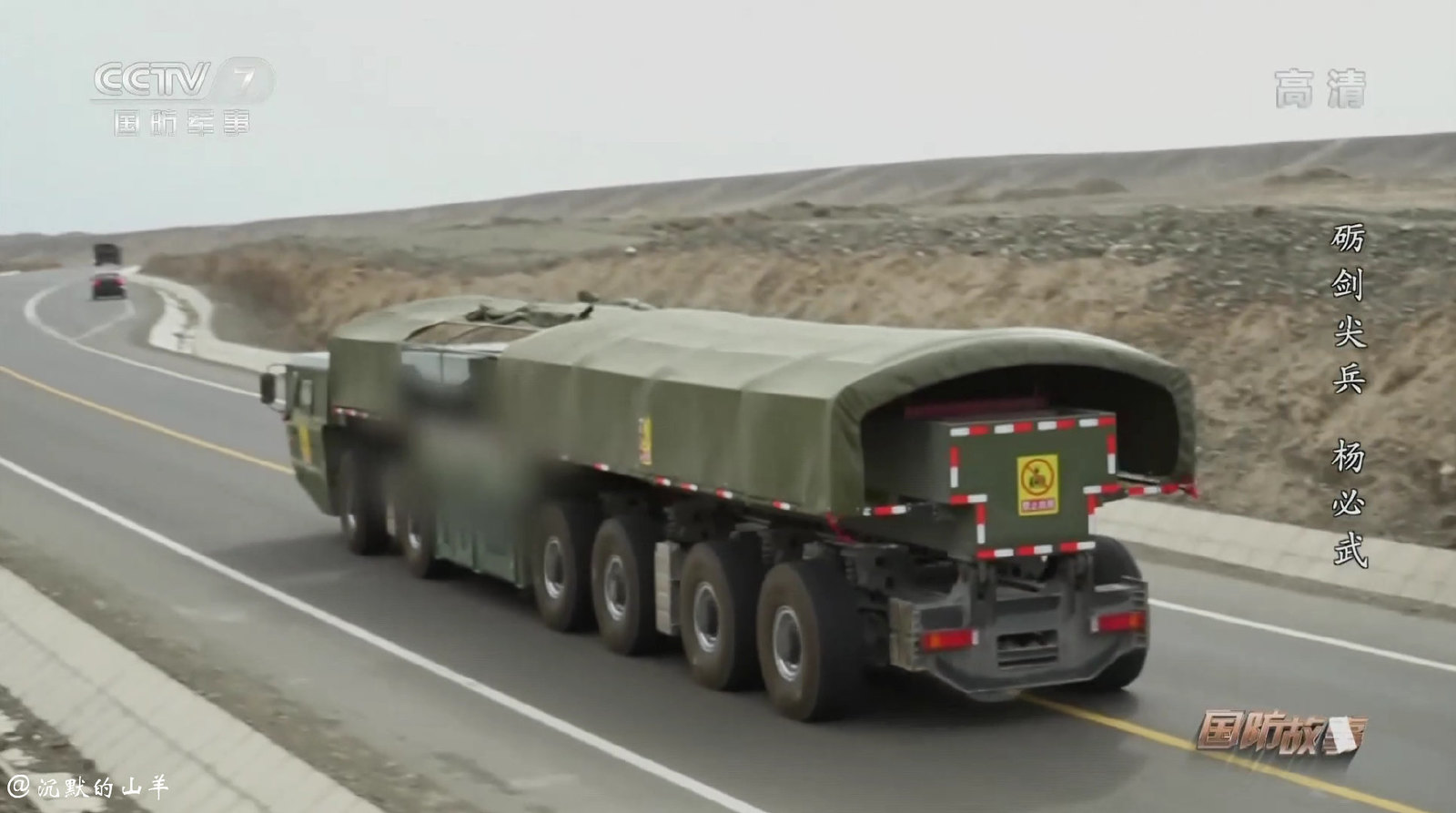 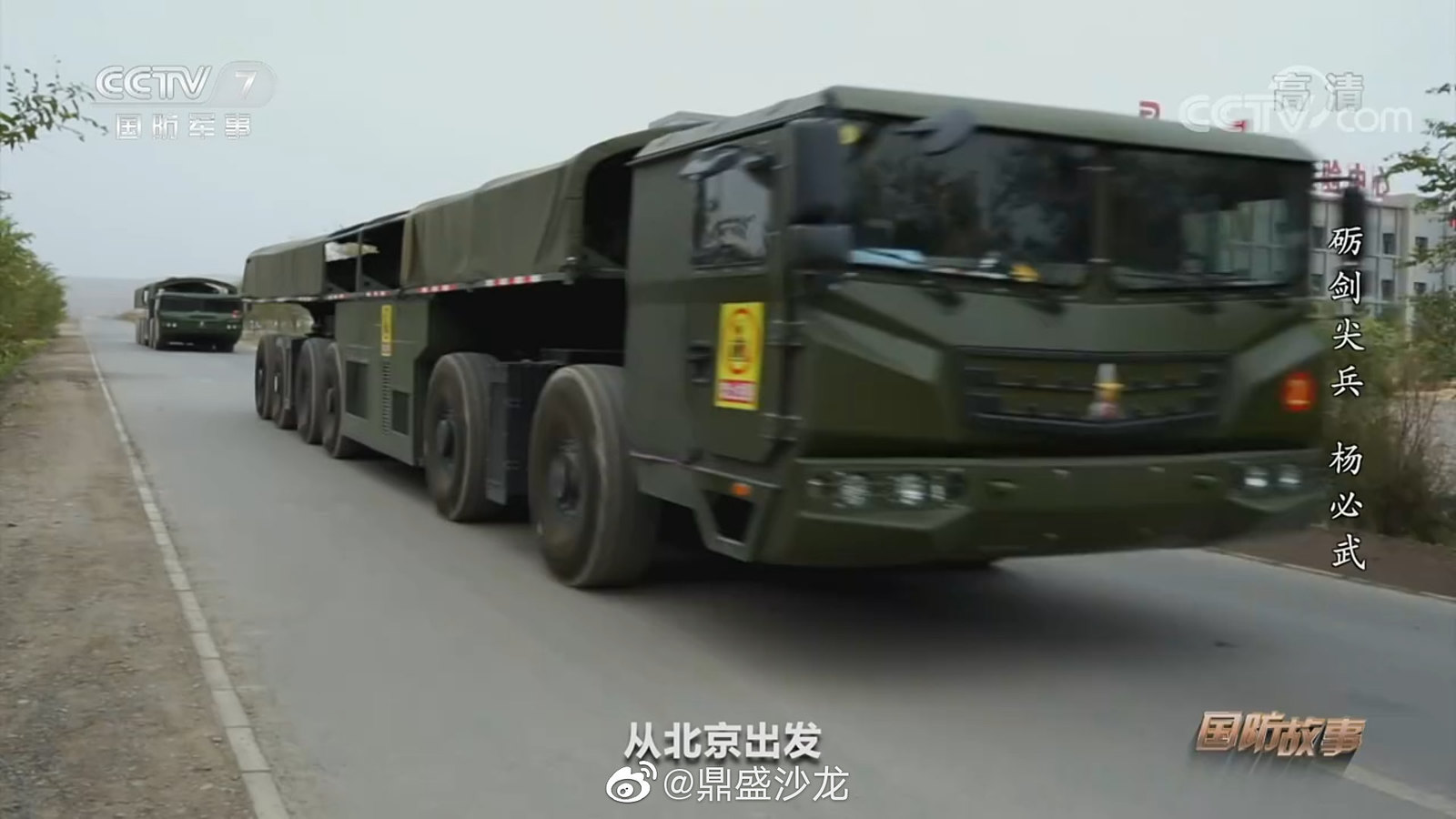 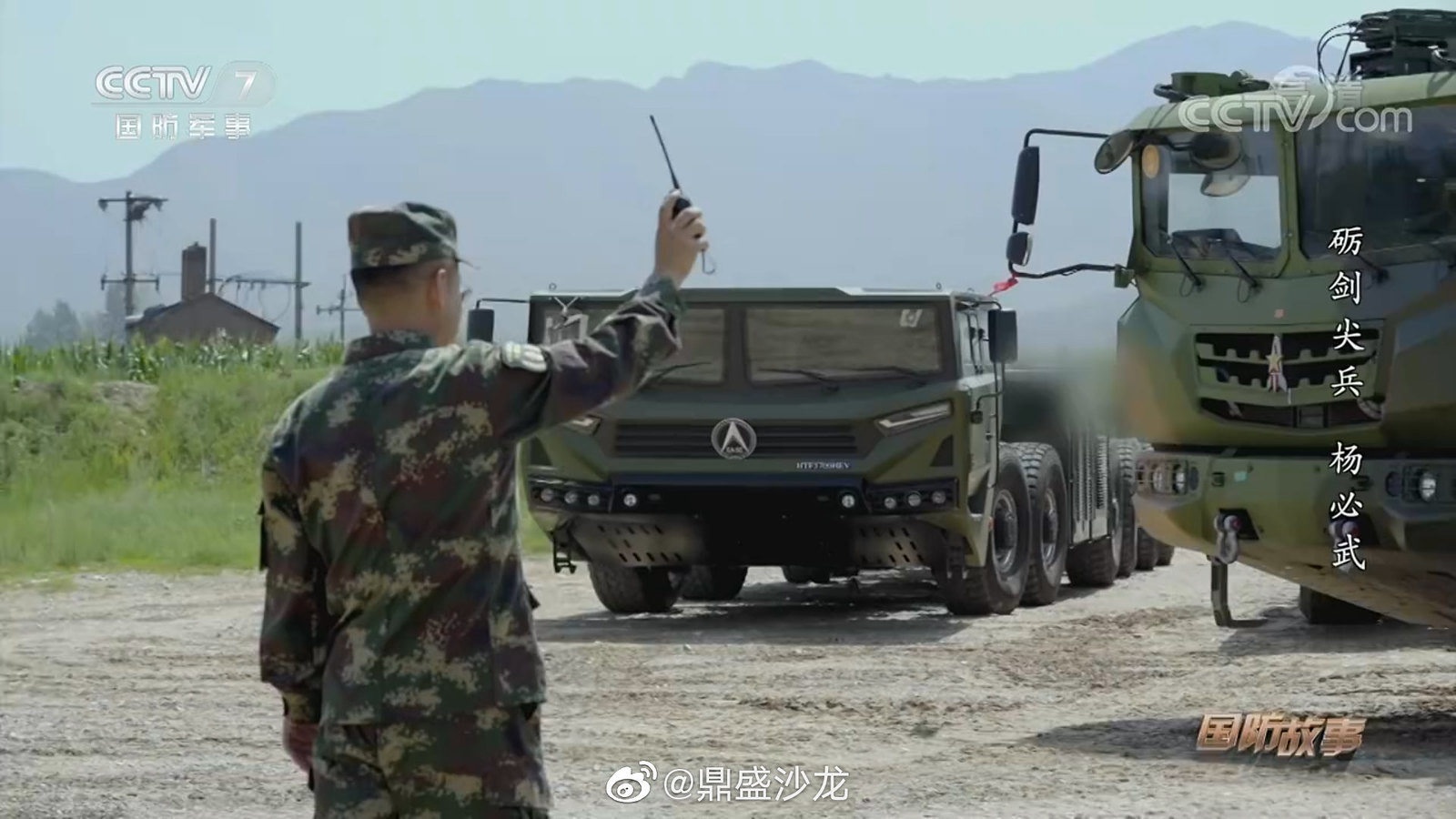 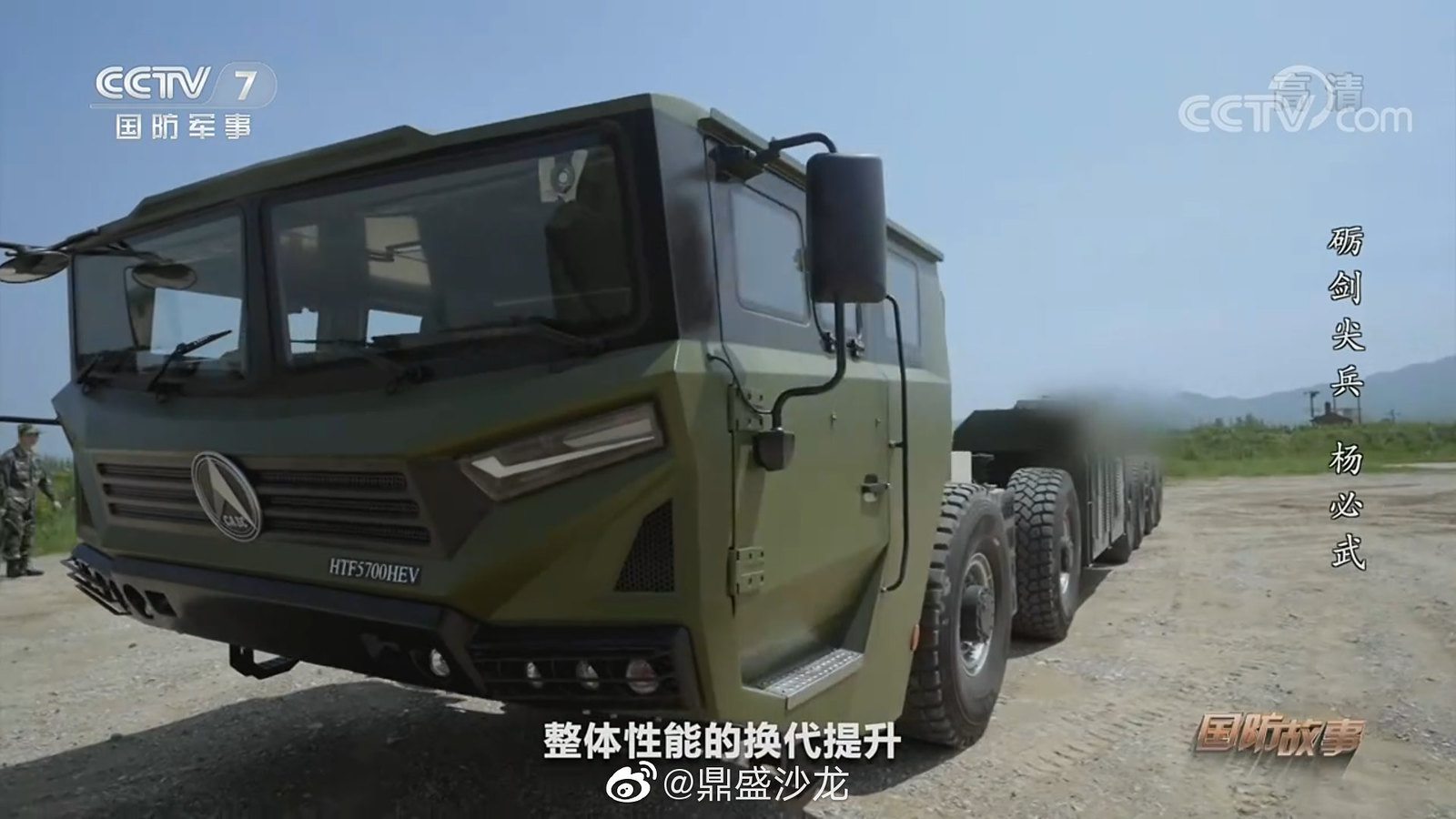 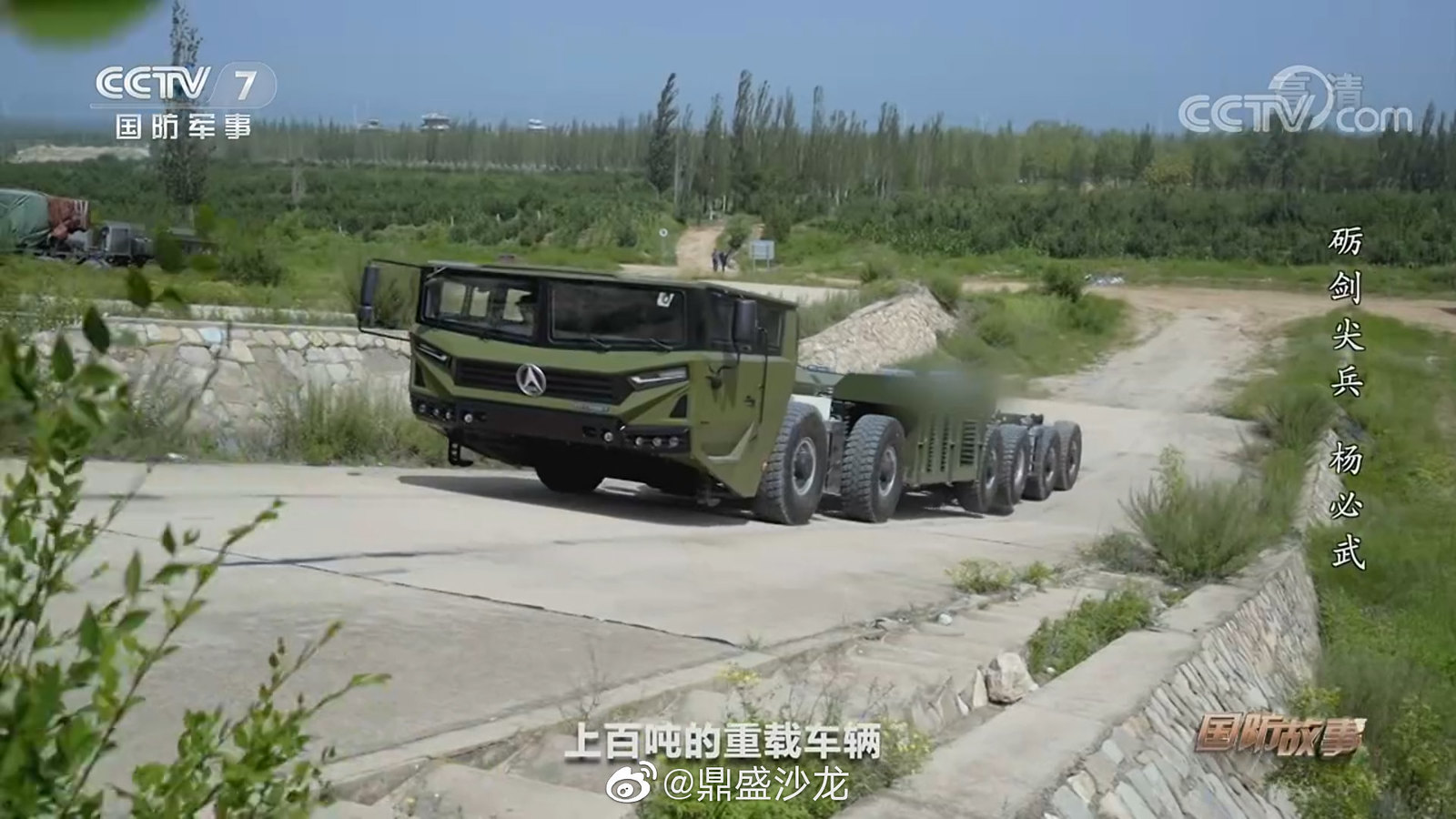 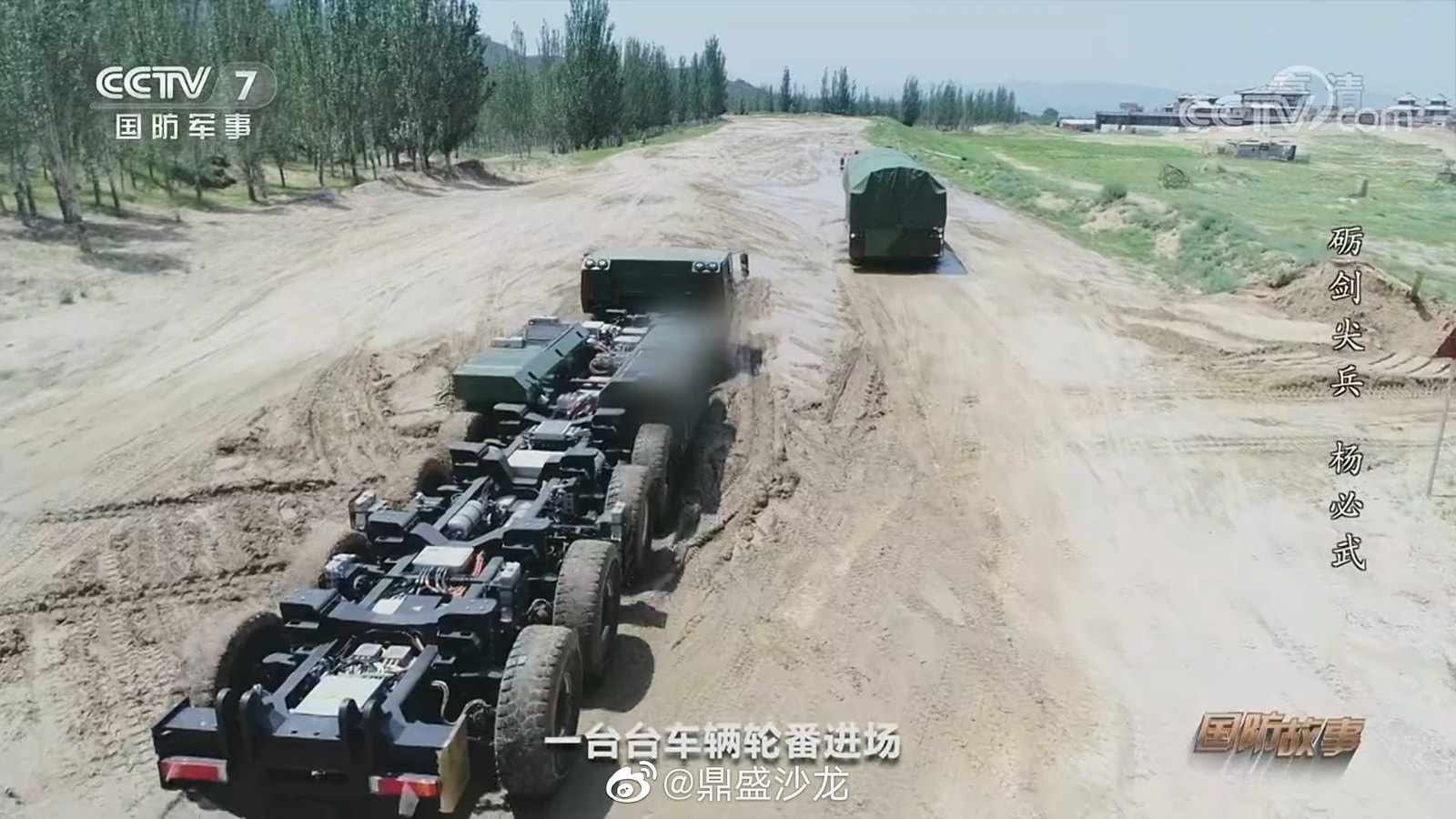 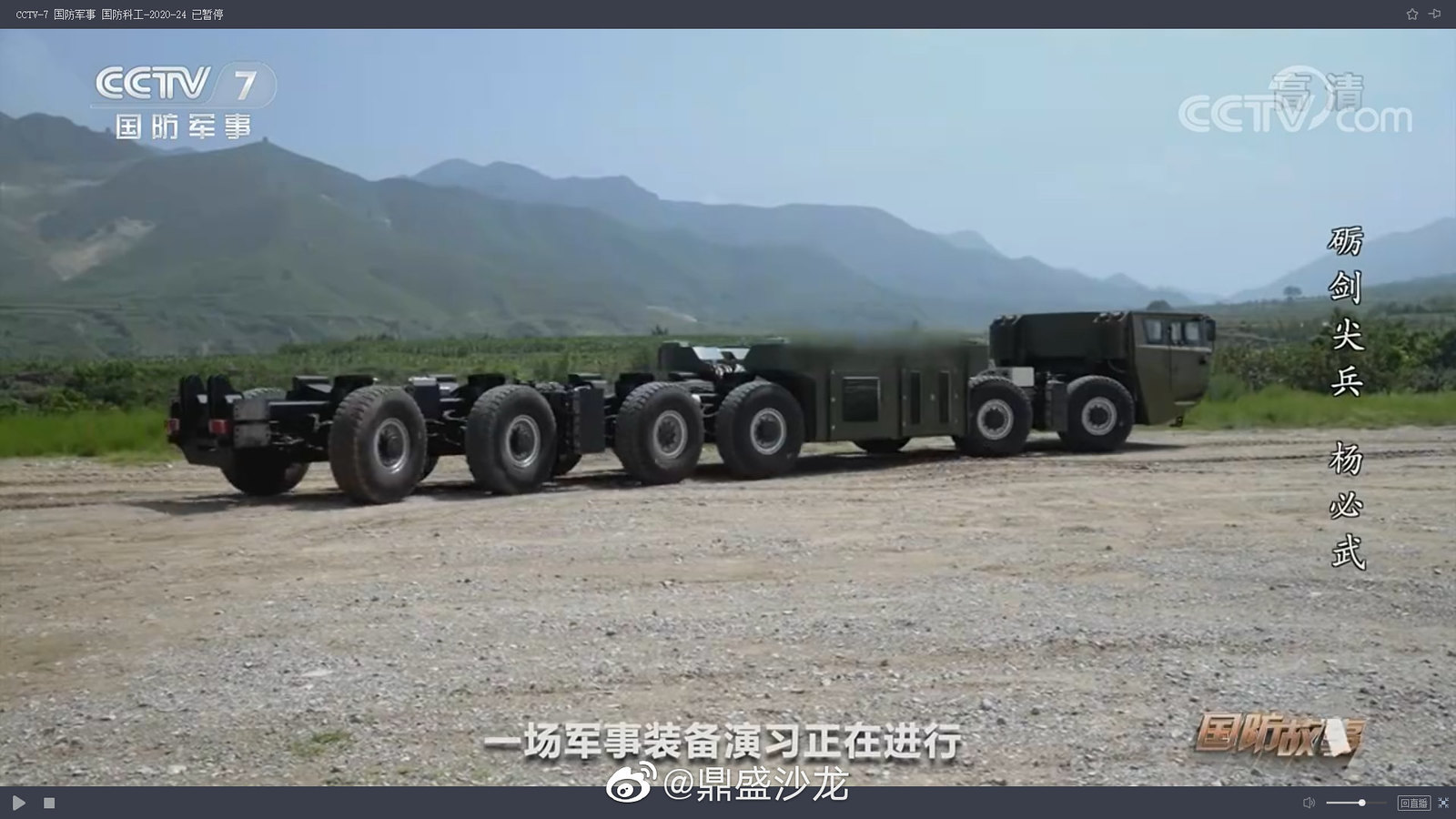 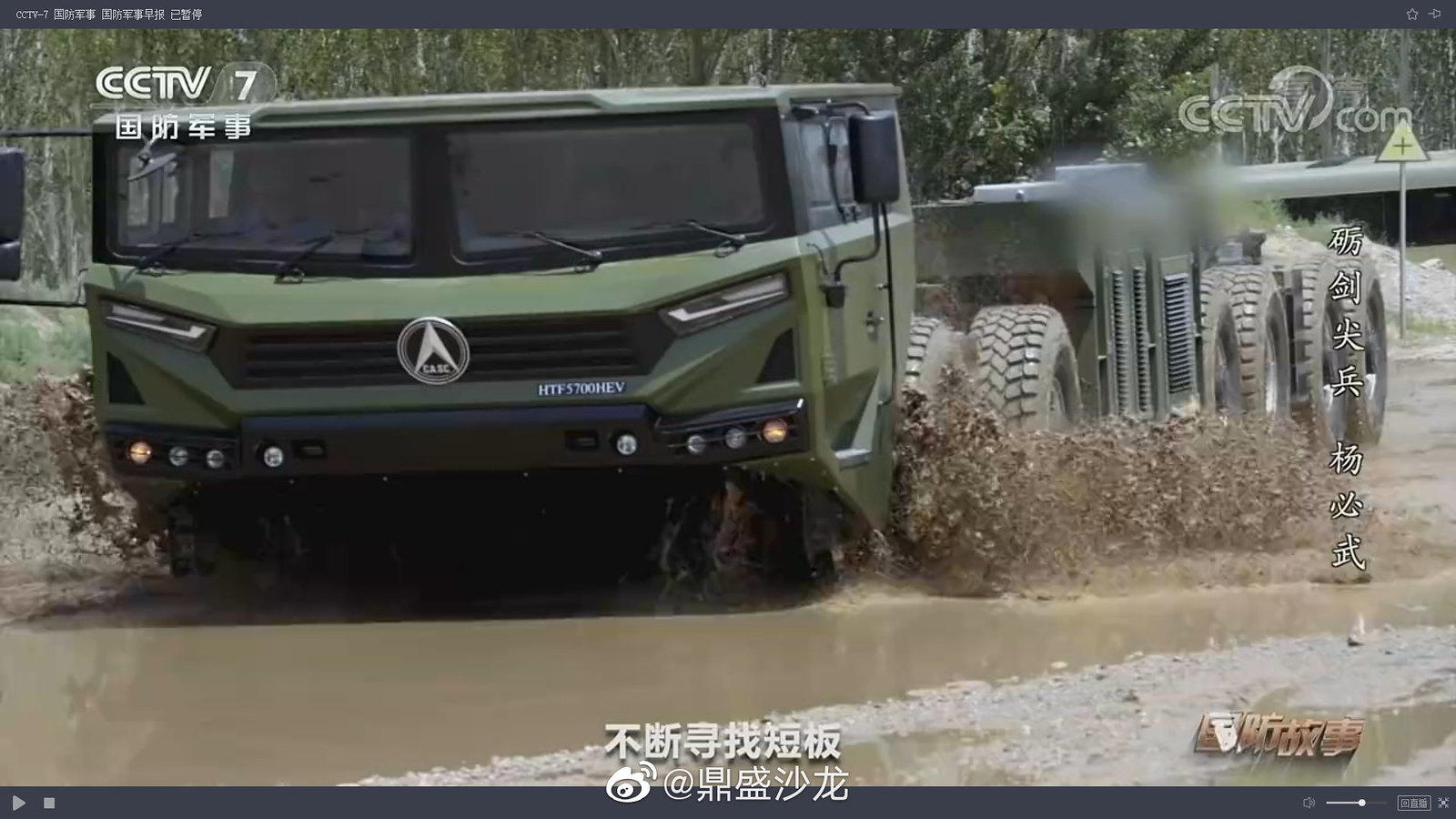 I think that is hybrid-electric. Cab is built lower than normal.

Registered Member
@by78 THE SOURCE!!!

I think that with the recent publication of the Congressional report on the PLA, now would be a good time to distill some of my recent thoughts on China’s military development, its strategies, and the PLA’s overall trajectory. I want to first discuss what’s been called by Pentagon planners the “anti-access, area denial” strategy and the systems and doctrines associated with it before pivoting to the burgeoning “blue water”, power projection capabilities of the PLAN. Finally, I’d like to bring these two strands together and discuss how I think China’s strategic posture and capacity will evolve in the coming decades.

A good place to start the discussion on China’s realization of the A2AD concept might be the apex of that concept’s development (and what sets China apart from every other military): the anti-ship ballistic missile. We should first proudly note that China has invested enormous sums of money and decades of hard work – displaying remarkable innovation and grit – in solving the formidable technical challenges associated with fielding weapons of this kind. At the time of this writing, China’s military is unique among its counterparts in possessing mobile ballistic missiles capable of targeting large and medium-sized warships at sea thousands of kilometers away.

To get a sense of the areas these weapons allow China to cover, consider this map

of China’s ballistic missiles, and note the 4,000 km circumference of the DF-26 and the areas of the Pacific and Indian Oceans it encloses. The missile can also cover the Persian Gulf and Red Sea, even the eastern portions of the Mediterranean from launch positions in western China! In short, this single system has the range to defend essentially all of China’s sea lines of communication carrying hydrocarbons from its suppliers in the Middle East and seaborne trade with Europe.

Of course, the doubters and haters will say that it’s one thing to launch a missile with that range at a stationary target and another thing altogether to hit a moving, defended target. While there is some merit to this argument, especially when we consider using the DF-26 to the maximal extents of its range and in waters where China lacks supporting ISR assets, there are some very interesting and ingenious solutions Chinese designers have incorporated into these missiles. There have been conflicting reports of a recent test that might hold interesting clues to just what kinds of tricks these missiles have up their sleeves…

It is accepted that China launched a number of AShBMs on August 26 at an unspecified target southeast of Hainan Island, as shown by this illustration. 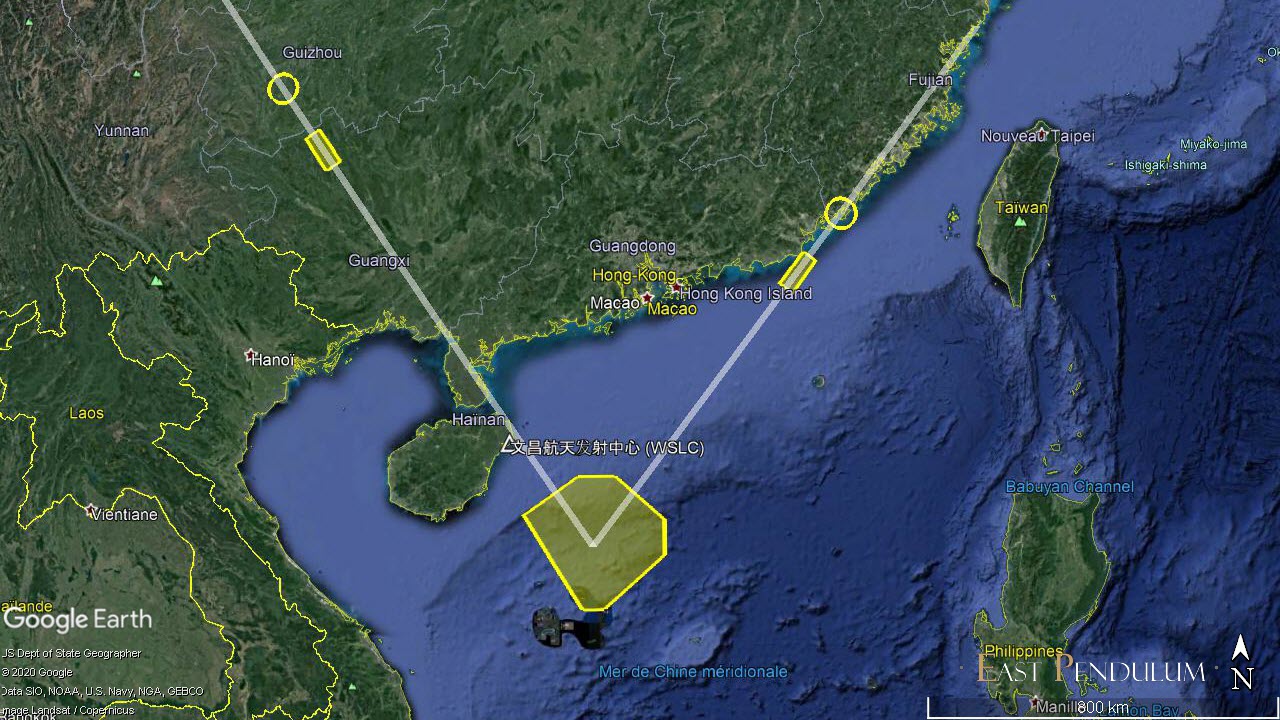 What is unclear is exactly how many missiles China fired. It seems evident from the diagram that two missiles were fired (which would also demonstrate China’s capability to accurately coordinate strikes from different PLARF bases and units), but some
Please, Log in or Register to view URLs content!
claim four missiles were fired. It might be a simple error in reporting, or it might be an indication of an interesting capability these missiles are speculated to have.

It’s been hypothesized that the AShBM bus launches a targeting probe as the warhead descends to fix the target’s location and communicate it to the warhead so that it can perform corrective manoeuvres. This would be an ingenious solution to multiple problems with AShBM targeting: it would carry a larger sensor package than the warhead can fit in its nosecone, which would allow for scanning a larger area more comprehensively (which also frees up volume and weight in the warhead to pack more explosive). By remaining above the atmosphere, the probe would avoid being blinded by plasma formed from the heat of re-entry and can remain in contact with the warhead by transmitting data to its much cooler rear.

To an observer with no knowledge of this system, this would look like the missile launching two warheads – hence two missiles mistakenly being reported as four.

Tactical ingenuities aside, the DF-26 and its lesser counterparts’ greatest impact is at the strategic level. By credibly threatening enemy capital naval assets at such vast ranges and with such vastly asymmetrical costs, they transform China into a continent-sized ‘coastal’ fortress and blur the line between “continental” and “maritime” power. More importantly, they purchase the time and strategic space for China to develop its blue water navy, with its attendant supercarrier fleets, free from molestation and interference.
You must log in or register to reply here.