Hope the DF-41 will show itself in the 70th-anniversary parade. New variants of DF-26, DF-31AG, DF-41 and maybe even ASAT, BMD and new hypersonic weapons will make it an absolute sight to behold!

From Hans Kristensen. The tone is different no more belittling China' rocket force 
As it turns out, the exercise may have been west of Beijing, but the actual location is in upper Central China. Several researchers (
Please, Log in or Register to view URLs content!
) have been attempting to learn more about the unit. By combining scenes from the CCTV-7 program with various satellite imagery sources, I was able to geolocate the DF-26s to the S218 highway (39.702137º, 105.731469º) outside the city of Jilantai (Jilantaizhen) roughly 100 km north of Alxa in the Inner Mogolia province in the northern part of central China (see image below).

It is not clear if the DF-26 unit that exercised in the Jilantai training area is or will be permanently based in the region. It is normal for Chinese missile units to deploy long distances from their home base for training. The first brigade (666 Brigade) is thought to be based some 1,100 kilometers (700 miles) to the southeast near Xinyang in southern Henan province. This was not the first training deployment of the brigade. The
Please, Log in or Register to view URLs content!
that China had 16+ DF-26 launchers and it is building more. The CCTV-7 video shows an aerial view of a launch unit camp with TEL tents, support vehicles, and personnel tents. A DF-26 is shown pulling out from under a camouflage tent and setting up on a T-shaped concrete launch pad (see image below). More than 100 of those pads have been identified in the area.


Please, Log in or Register to view URLs content!
Click on image to view full size
The support base at the training area does not have the outline of a permanent missile brigade base. But several satellite images appear to show the presence of DF-16, DF-21, and DF-26 launchers at this facility. One image purchased from Digital Globe and taken by one of their satellites on October 24, 2018, shows the base under construction with what appears to be two DF-16 launchers (h/t @reutersanders) parked between two garages. Another photo taken on August 16, 2017, shows what appears to be 22 DF-21C launchers with a couple of possible DF-26 launchers as well (see below).

(cont)
The DF-26, which was first officially displayed in 2015, fielded in 2016, and declared in service by April 2018, is an intermediate-range ballistic missile launched from a six-axle road-mobile launchers that can deliver either a conventional or nuclear warhead to a maximum distance of 4,000 kilometers (2,485 miles). From the 666 Brigade area near Xinyang, a DF-26 IRBM could reach Guam and New Delhi (see map below). China has had the capability to strike Guam with the nuclear DF-4 ICBM since 1980, but the DF-4 is a moveable, liquid-fuel missiles that takes a long time to set up, while the DF-26 is a road-mobile, solid-fuel, dual-capable missile that can launch quicker and with greater accuracy. Moreover, DF-26 adds conventional strike to the IRBM range for the first time.


Please, Log in or Register to view URLs content!
Click on map to view full size
The 666 Brigade is in range of U.S. sea- and air-launched cruise missiles as well as ballistic missiles. But the DF-26 is part of China’s growing inventory of INF-range missiles (most of which, by far, are non-nuclear), a development that is causing some in the U.S. defense community to recommend the United States should withdraw from the INF treaty and deploy quick-launch intermediate-range ballistic missiles in the Western Pacific. Others (including this author) disagree, saying current and planned U.S. capabilities are sufficient to meet national security objectives and that engaging China in an INF-race would make things worse.

Isn't it time someone updates Wiki and other diagrams showing the potential reach of China's BM arsenal?

Registered Member
Hm DF26 actually has such long range... so it can challenge any ship that enters into greater Asia. That’s insane even if we assume it’s fairly inaccurate at those ranges.

Also Bolsanero is the only world leader safe from Chinese nukes. At least until the SSBNs close in.

At least two shots of the Chinese DF-26 IRBM missile took place between late December and today.
A good video 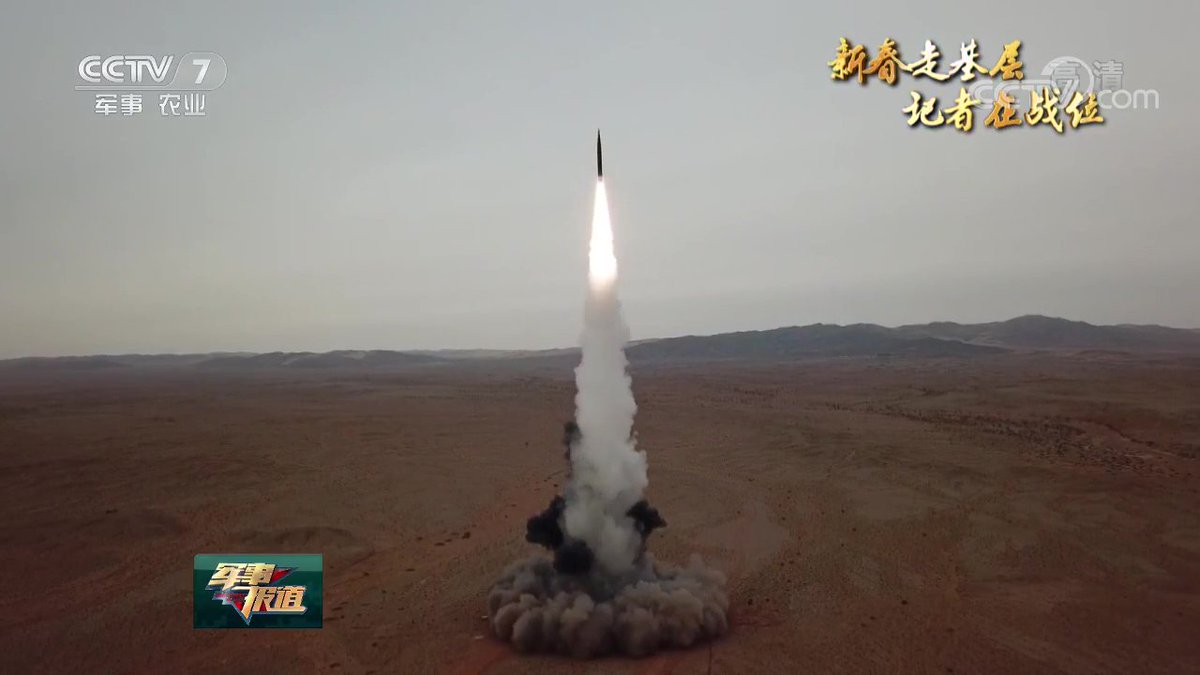 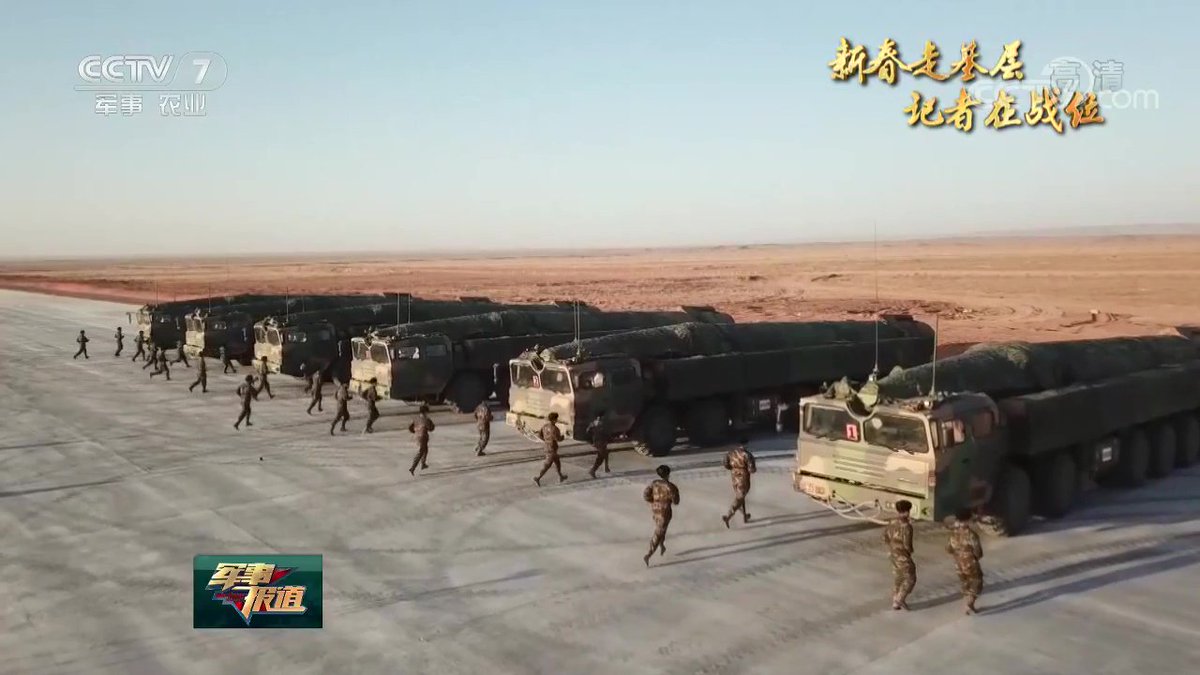 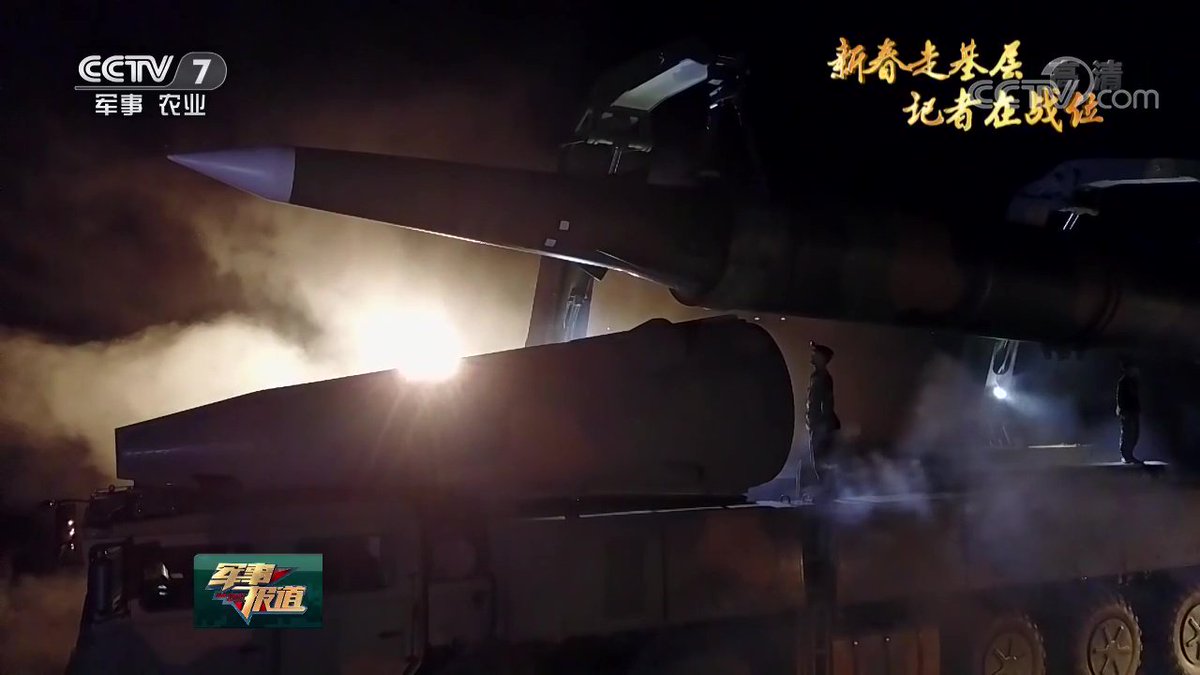 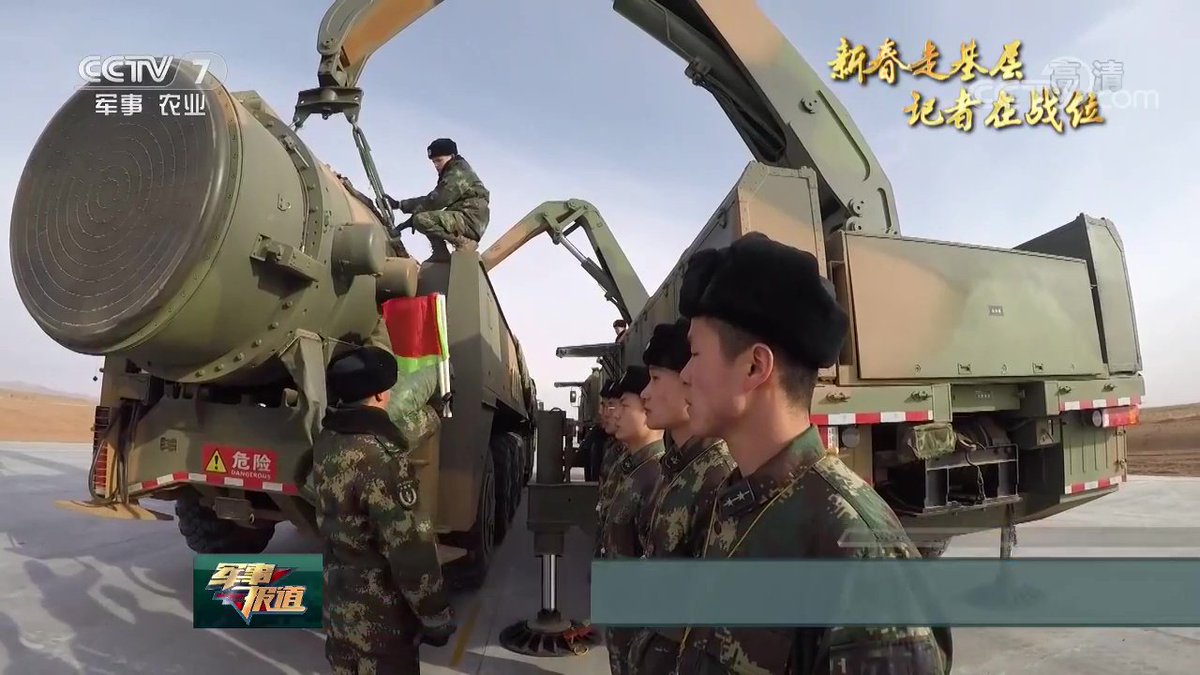 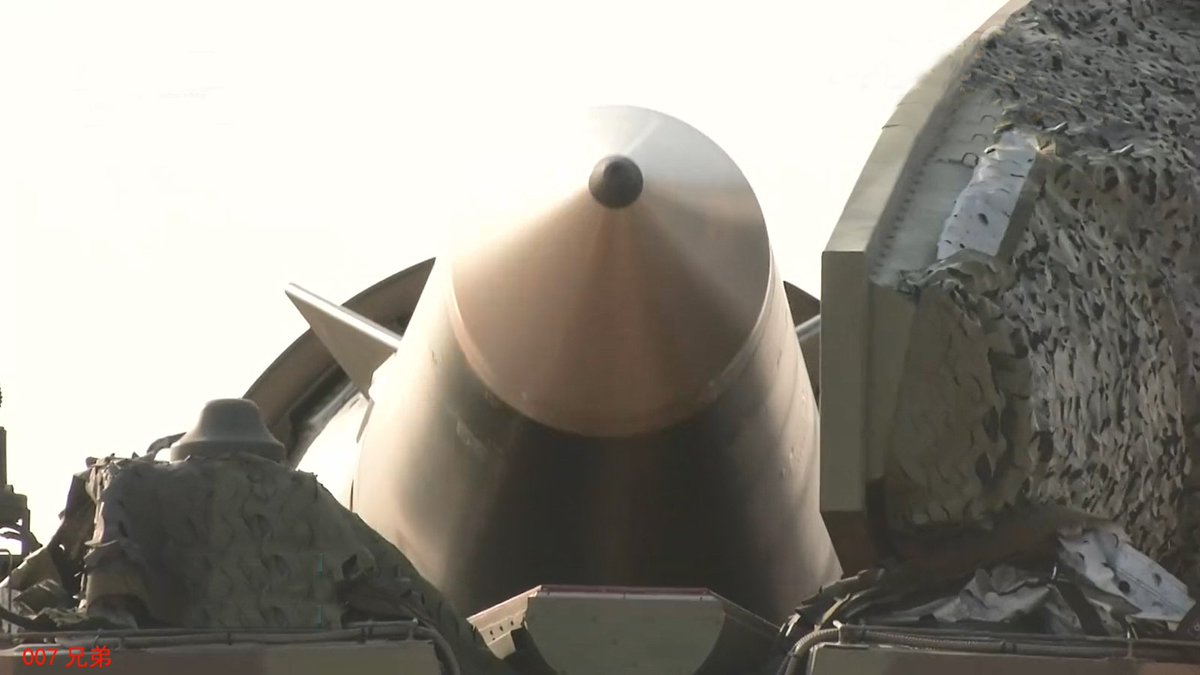 Hendrik_2000 said:
From Hans Kristensen. The tone is different no more belittling China' rocket for
Click to expand...

Kristensen and Jeffrey Lewis still maintain that Type-094s are doing deterrence patrols without missiles. Probably because those academic types won't like to admit being wrong or have forgotten common sense all together so they keep insisting that boomer on deterrence patrol wont carry any weapons.

I did read Jeffrey Lewis's twitter feed and he doesn't like "The Nuclear Express" written by Reed & Stillman (both actually designed weapons and Stillman visited China's labs) because they say that Chinese have MIRV with 90kt yield. Lewis & Co says it's not true as Chinese never supposedly tested such weapons, and those last 90kt tests were just DF-31 warheads with lowered yield... in their mind everything else is false. For some reason they believe against common sense that Chinese wouldn't have developed MIRV in the 1990s (Lewis insist China's lightest weapons weights 500kg) despite that China was targeting for boomer deterrence, but I guess we come back to the lack of common sense among many academics.

Or perhaps they have too much pride to admit being proven wrong by real scientists like Reed & Stillman.

Hubris, racial superiority and agenda of nuclear disarmament Yeah combination of all of them when fact said otherwise For years they were discounting the quantities and qualities of Chinese nuclear program
I don't what they are thinking because in every field of military China make a blinding progress And Nuclear arm is their pride and priority. They have been building the underground great wall for 40 years plus and still continuing Mao even said we will eat grass but we will have A Bomb.
Now that China has the hardware those analyst question China proficiency in actual combat But they have been training hard like they say train as you fight and fight as you were trained The day Chinese military is underfunded and lack of training is over years ago

Anyway on DF 26 topic
At least a dozen DF-26s have been fired since the entry into service of this new Chinese IRBM / AShBM missile, if one correctly interprets recent publications. 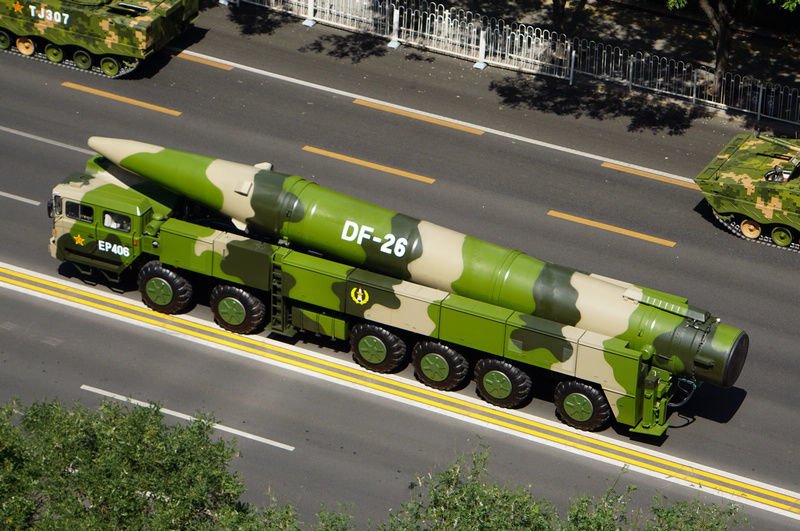 Registered Member
u know at this point I think that China's nuclear weapons is not limited to its own arsenal.
I would imagine that if nuclear war starts btw China and US, Russia would launch at everyone. So would NK, Pak, India, and israel. And ofc UK/FR will join.
You must log in or register to reply here.
Share:
Facebook Twitter Reddit Pinterest Tumblr WhatsApp Email Link
Top