great pic
not much difference

VIP Professional
Some thoughts on chinese ballistic missiles. Various onlines sources often regurigate data that df-31A is longer than df-31. By some 4 meters. How did they get to that figure is beyond me. When one actually compares the two launch containers, using various available images online, it appears df-31A container is more or less the same dimensions. If it's longer, it's perhaps by half a meter, not more. Of course, range figures are impossible to deduct, so one either has to believe various sources like Jane's and their collaborators like Erikson, (CSIS missile threat uses their figures) or the figures mentioned by US DoD report to congress. The latter mentions 7200 km range for 31 and 11200 km range for 31A. CSIS mentions 8000 km for 31 and 11000 km for 31A.

Since the actual size is similar, the only differences imaginable are: last stage propulsion, as df-31 had a quite slim last stage. Materials/weight of whole missile, as 31A may have used lighter materials. And payload weight. If a more miniaturized warhead was developed, DF-31A might be using less payload, which would propel the warhead further with same engine. Or, theoretically, the engine itself could have been made bigger with a smaller payload.

Another way to estimate range is to use other missiles:
Bulava. 1-2 meters shorter, similar diameter. Allegedly can deliver multiple warheads to 8300 km, using CSIS data. Also reported tested at over 9000 km. Possibly/probably with smaller payloads. Bulava was developed from knowledge gained with Topol, (soviet first solid fuel icbm? if we categorize Pioneer as IRBM) Finally, after decades of low funding in 90s and 2000s it became operational from 2011 onward.

JL-2 was also tested in similar timeframe through 2000s and became operational in early 2010s. Now, it may or may not feature similar solid rocket fuel tech, or materials tech.

Basically, when one looks at hike in range claimed for DF-31A, without a big size increase, and when one compares the other missiles, which, save for Trident II, aren't necessarily meaningfully more advanced, It seems quite plausible that JL-2 range, with a single warhead (weighing a few hundred kg) is actually 8000+, possibly even reaching 9000 km.

Might comparing commercial satellite launch rockets of the countries’ at similar times yield a much more accurate indication of likely military missile capabilities?

It seems a little hard to justify suggestion missiles from one country should have similar performance as similar sized missiles from another if there is a huge difference in the lift capabilities of their commercial rockets of similar sizes.

China has made extraordinary technological advancements in recent years, but that is due to a massive acceleration of development in recent years. As such, trying to regress currency capabilities backwards to extrapolate past performance is very risky.
T

VIP Professional
Oh, it's absolutely next to impossible to reach any set of figures, I agree. But that's exactly why I am suggesting one should not just take those CSIS, Jane's or US DoD report as granted. They could very well be figures that have little to do with reality, just with the figures I suggested in the post above. The fact CSIS is wrong about the length of df-31 missile family may also be telling.

There's just not enough data available to compare most space launch vehicles. Too many unknowns and too few clear common denominators in comparisons. There is the Start-1 rocket, though. Basically Topol ICBM, used for space launch. Alledgely it weighed 47 tons and could put 532 kg in LEO or 167 kg in SSO. One can use Long March 11 for comparison, maiden flight was 2015. Allegedly weighing 58 tons and putting 700 kg in LEO or 350 kg in SSO. But again, data may simply be incorrect, and orbit values may not be directly comparable. There's also Minotaur 1, derived from Minuteman 2, with even more impressive figures.

As far as I am concerned, JL-2's range isn't "probably between 7200 and 8000 km" but it "unknown". That's the most precise assessment one can make. Unless you're a team of rocket engineers, working with a bunch of intelligence data provided by a foreign power, trying to exactly decipher chinese missiles' capabilities. That kind of data would not be released into public, be it for Jane's or US DoD report which is for public consumption.
Last edited: Sep 24, 2018

worth watching those "balloons" 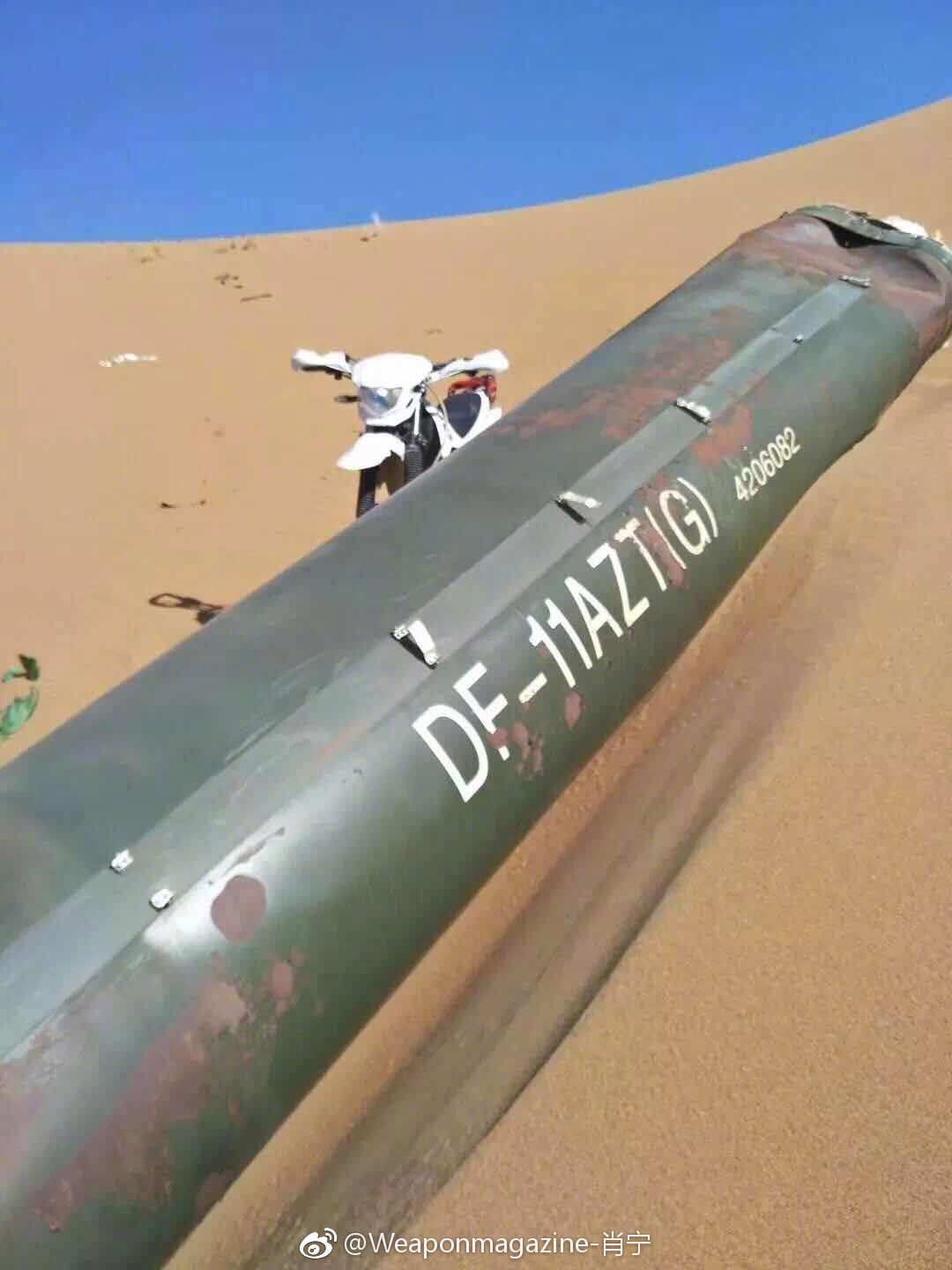 DF-11AZT moon version? and MoonBike next to it??
Great pic

Another company another supersonic missile Blasting company ? like Noble
HD-1, the new solid propellant ramjet missile developed by HongDa Blasting, a national drilling and blasting company, appears to have made its maiden flight from Dingxing Air Base. NOTAMs testify to this. 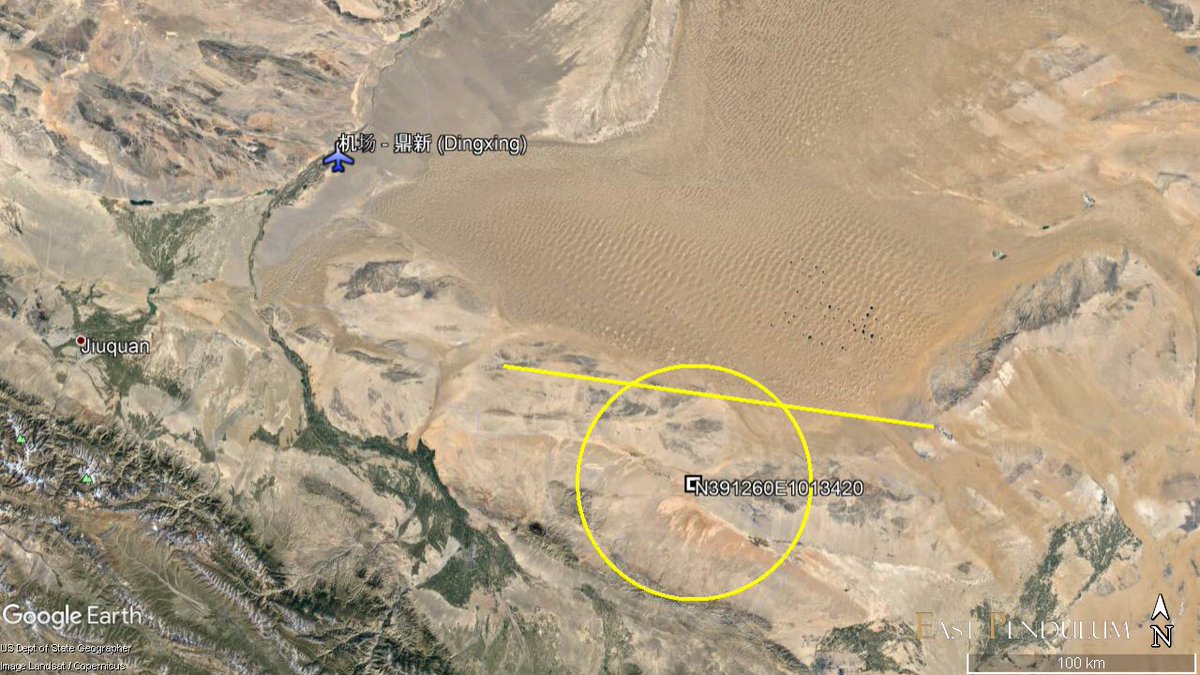 Google translate
Qianlong.com, Beijing, October 15th, Guangdong Hongda Blasting Co., Ltd. (referred to as “Hongda Blasting”) announced on the evening of the 15th that on the same day, the company’s self-invested and independently developed missile weapon system HD-1 project was flying test in the north.

The base successfully completed the first supersonic cruise flight test. It is reported that the HD-1 project uses internationally advanced solid ramjet technology. The test mainly verified technical subjects such as launching system, missile power system and flight control system. The technical indicators of the ejecting box, the graded and the supersonic cruise flight meet the requirements of the test program.

The grand launch indicates that the HD-1 project is still in the stage of trial verification. The follow-up company still needs to test the adaptability, stability and reliability of its technology and products. The company will obtain the corresponding production and export license qualifications of the project and cooperate with customers. After signing the bulk supply contract, the company will expand the project to achieve mass production.

Jura said:
it's the SDF here so China related part of
Trump says US is ending decades-old nuclear arms treaty with Russia
Please, Log in or Register to view URLs content!
:
"Administration officials believe the treaty has put the US at a disadvantage because China does not face any constraints on developing intermediate-range nuclear missiles in the Pacific and it does not allow the US to develop new weapons.
Trump, speaking with reporters on Saturday, referenced China when explaining his reasoning for pulling out of the agreement.
"Unless Russia comes to us and China comes to us and they all come to us and say, 'Let's really get smart and let's none of us develop those weapons.' But if Russia's doing it and if China's doing it and we're adhering to the agreement, that's unacceptable," Trump said.

Please, Log in or Register to view URLs content!
, the head of US Pacific Command, Adm. Harry Harris, told Congress that approximately 95% of China's missile force would violate the INF Treaty if they were part of the agreement.
Click to expand...

but whatever
You must log in or register to reply here.