China to display seven types of missiles in V-Day parade

Organized into six armament formations, the weaponry includes long-range, intermediate-range, and short-range missiles as well as conventional and nuclear missiles, said the source.

The source did not reveal the specific types of missiles, but said "the scale and number of the missiles will surpass any previous outing."

"Our missile weaponry has seen great advances, in terms of firing range, strike methods, accuracy and mobility," said the source.

A senior military official said Friday that 84 percent of armaments to be displayed in the military parade have never been viewed by the public before.

The SAC made its first public appearance on Oct. 1, 1984, when the new China celebrated the 35th anniversary of its founding. After that, it has been a popular section of every military parade.

During the National Day parade in 2009, China showcased five types of missiles, including DF31A, a long-range intercontinental ballistic missile.
Click to expand... 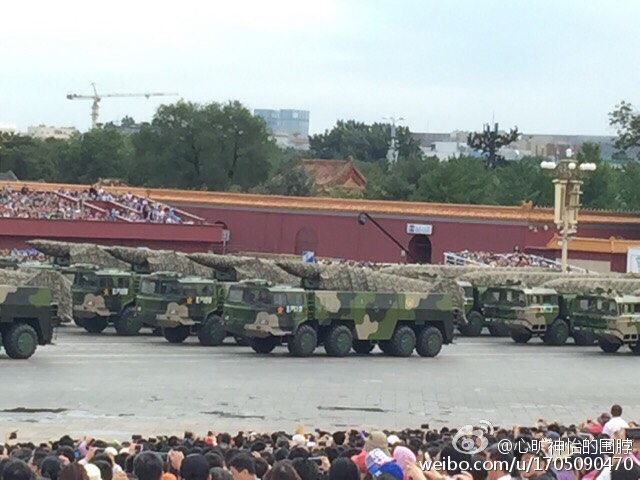 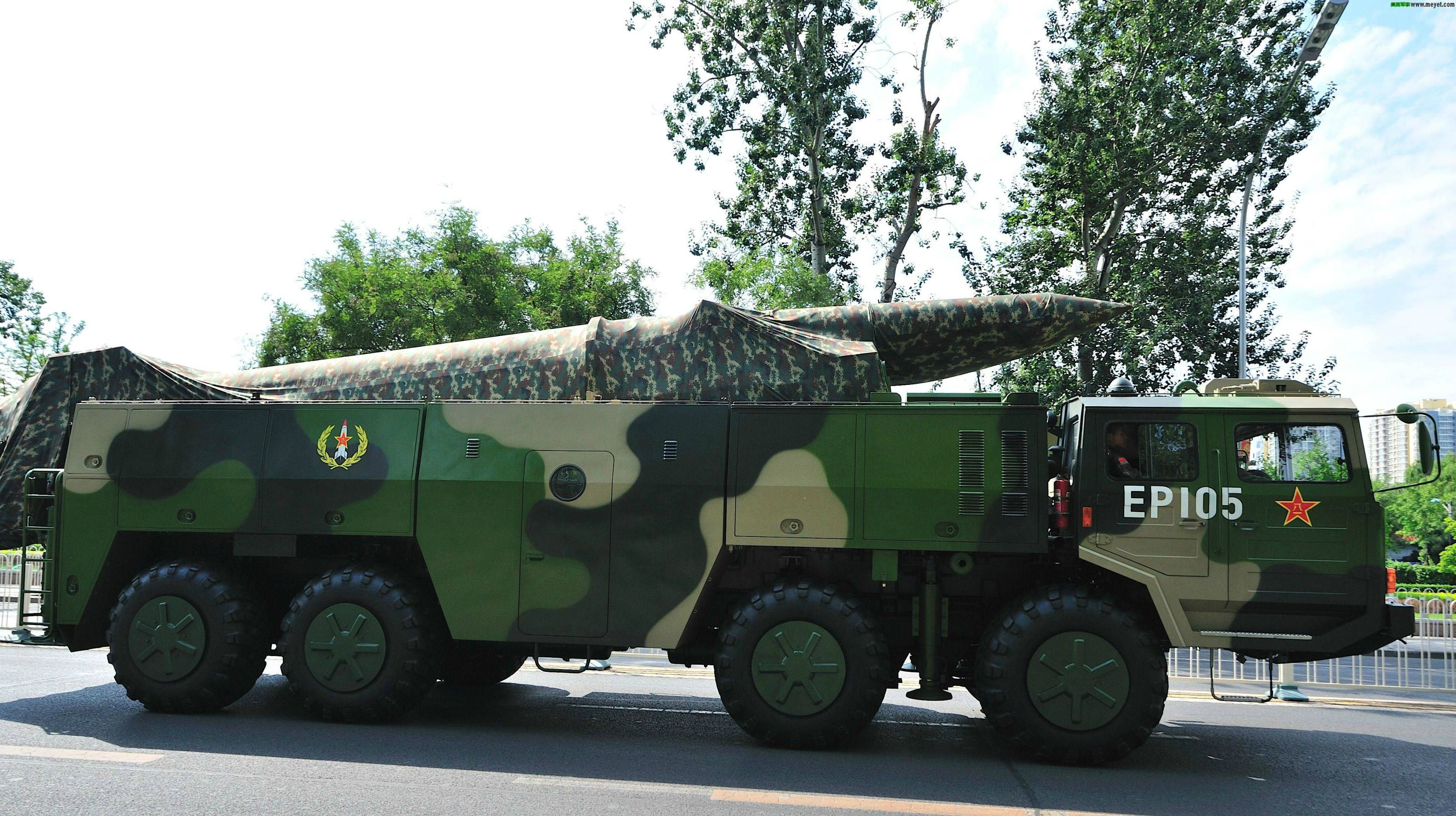 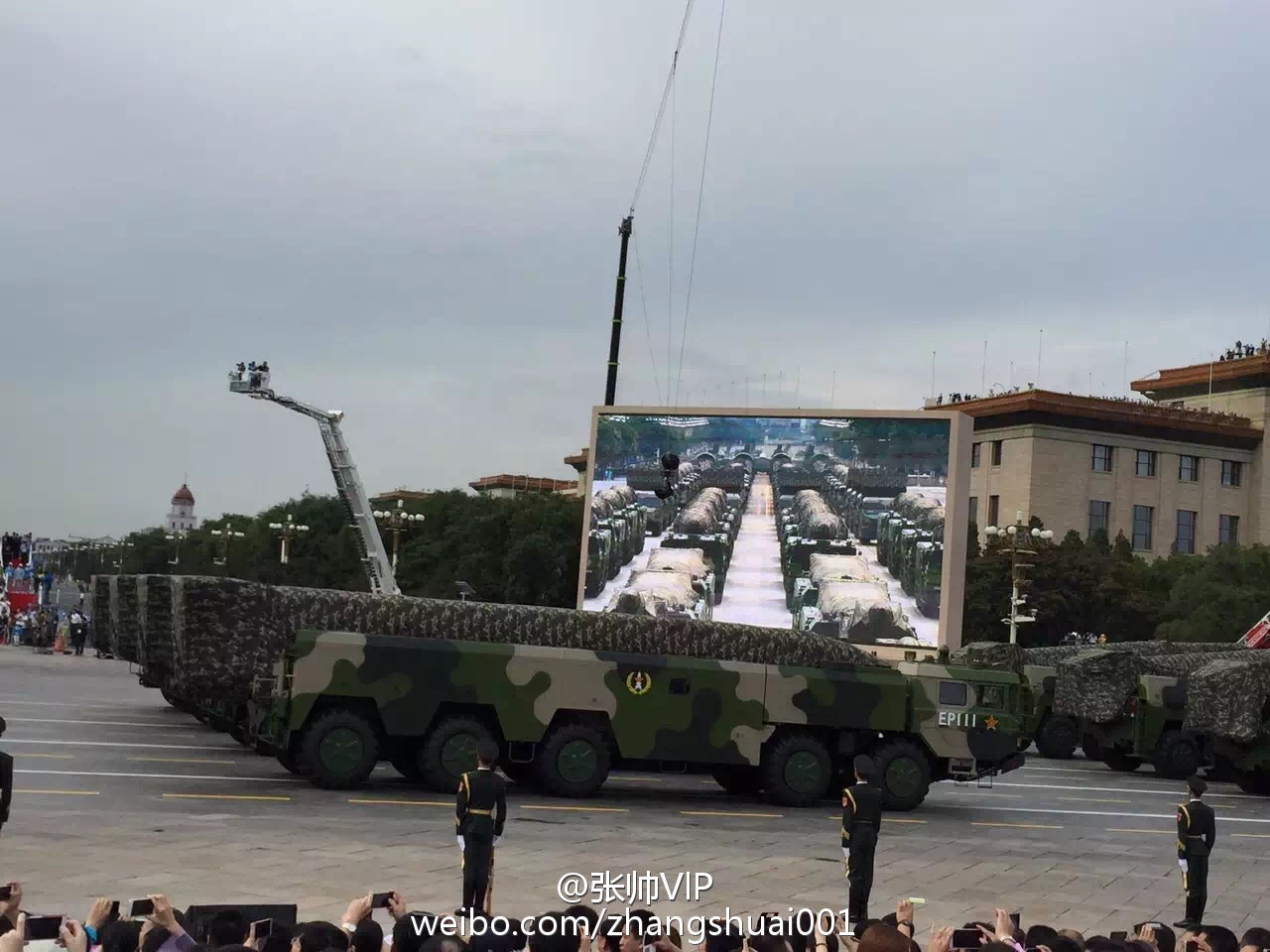 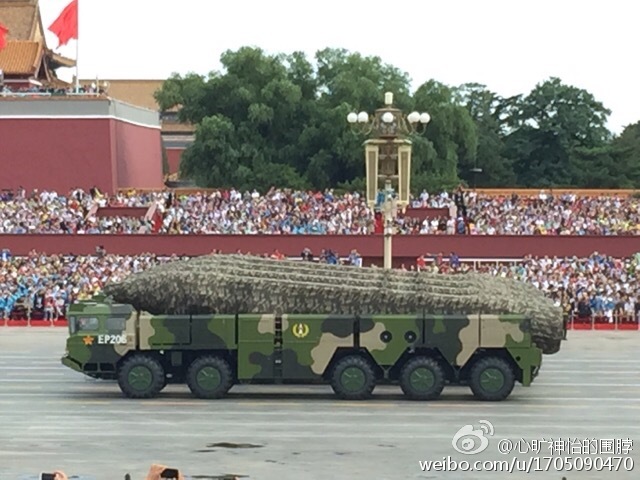 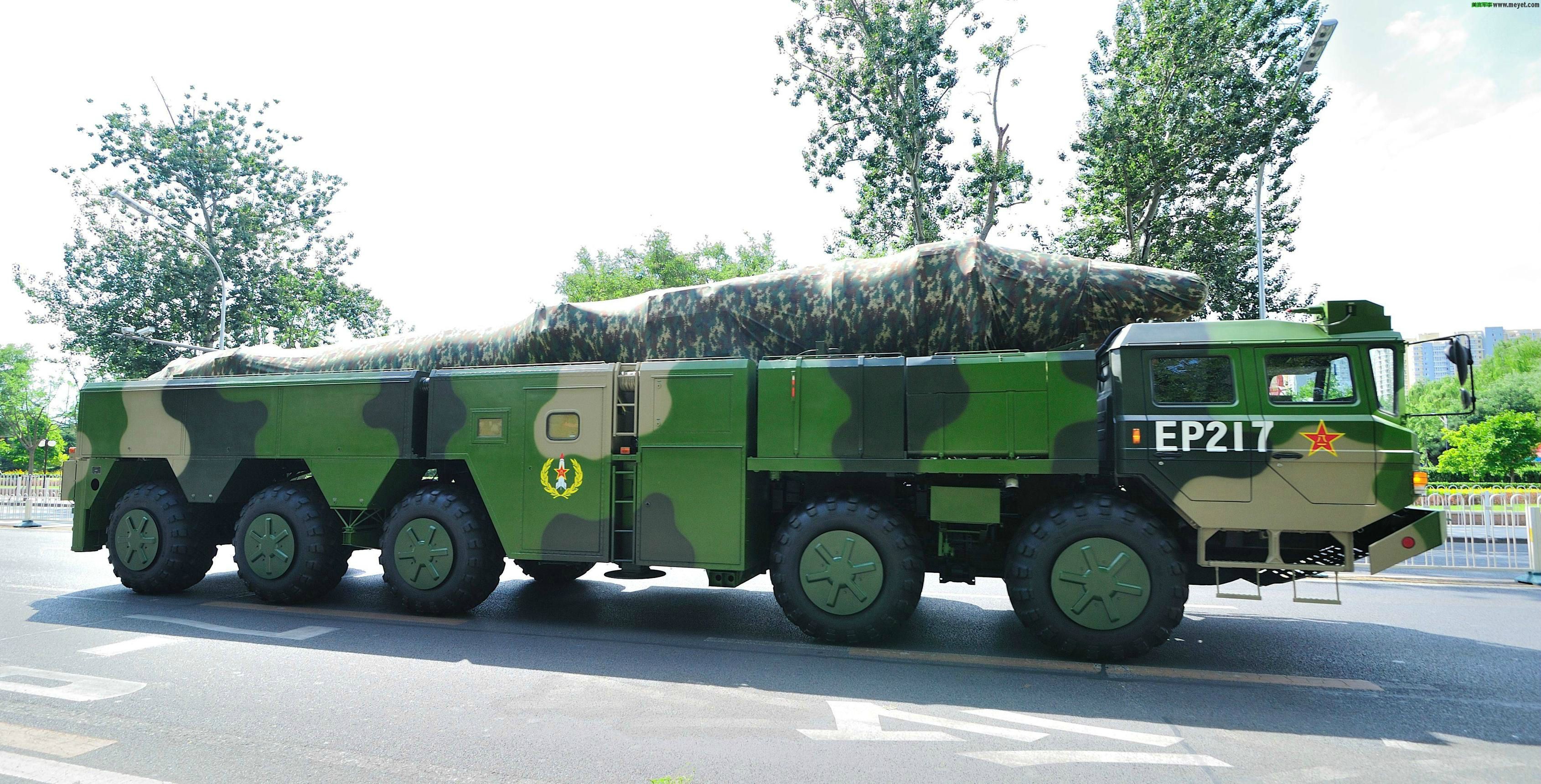 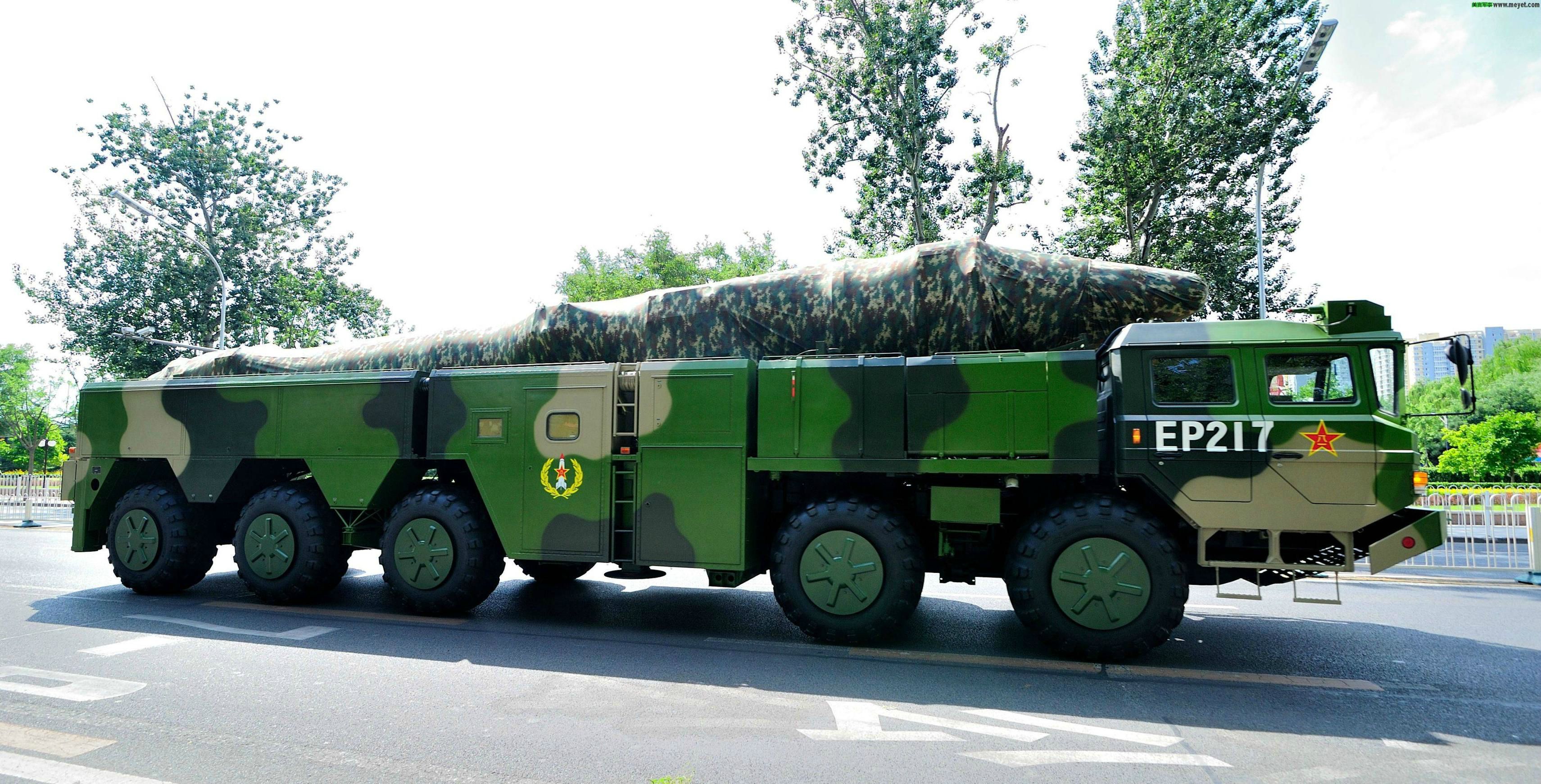 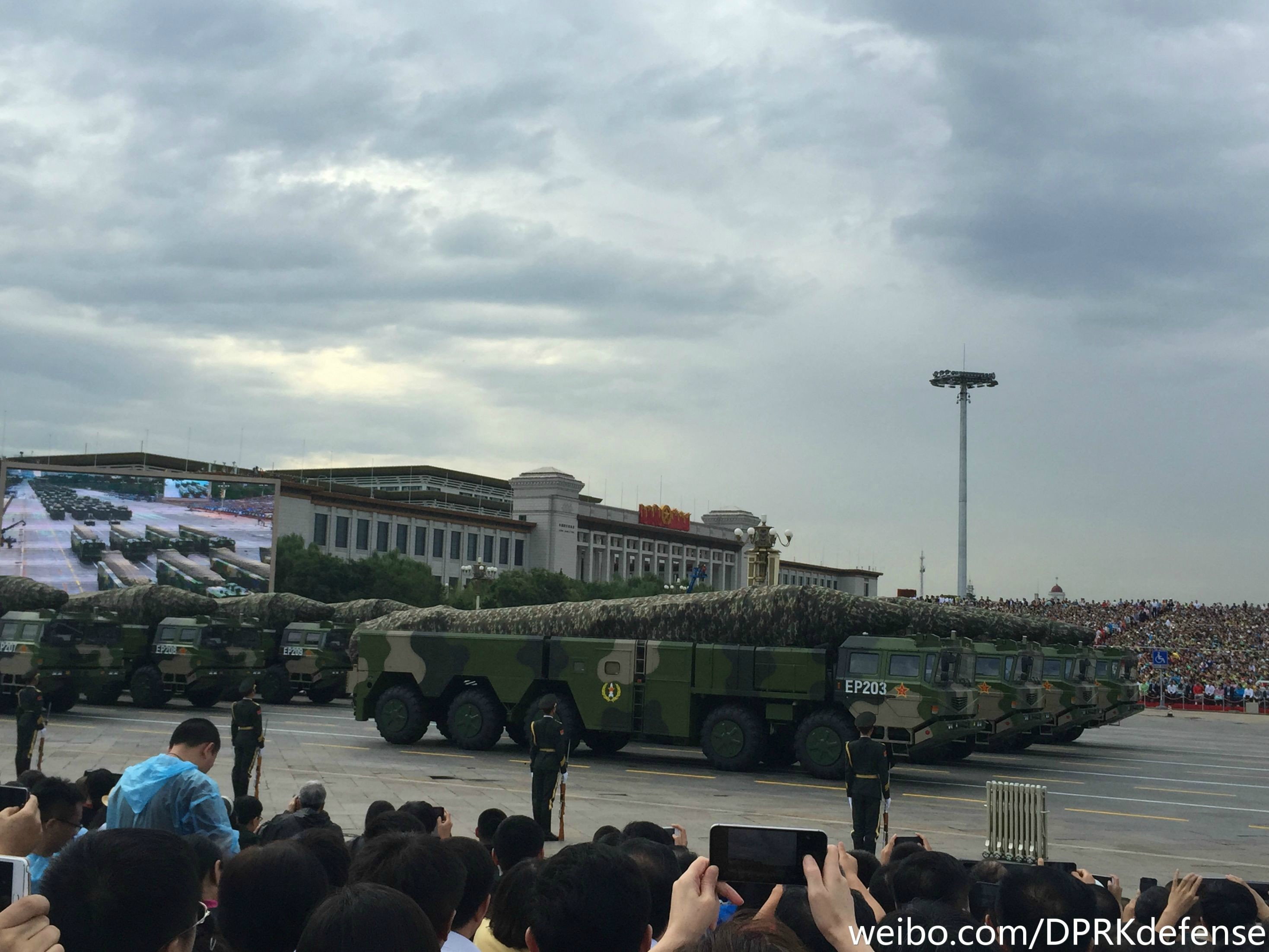 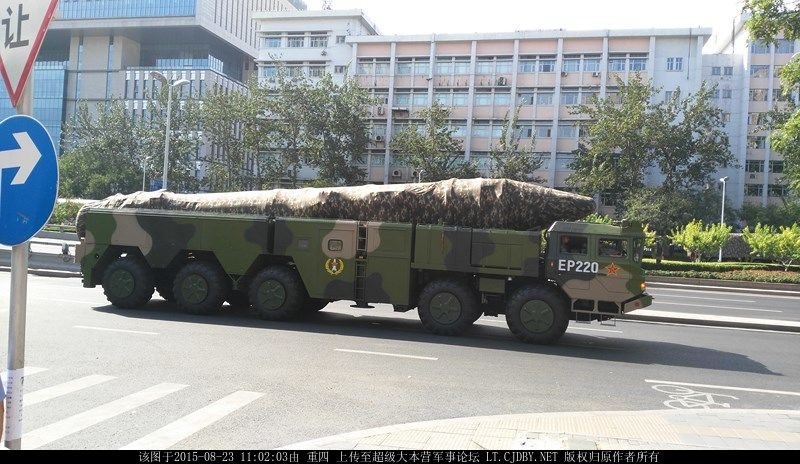 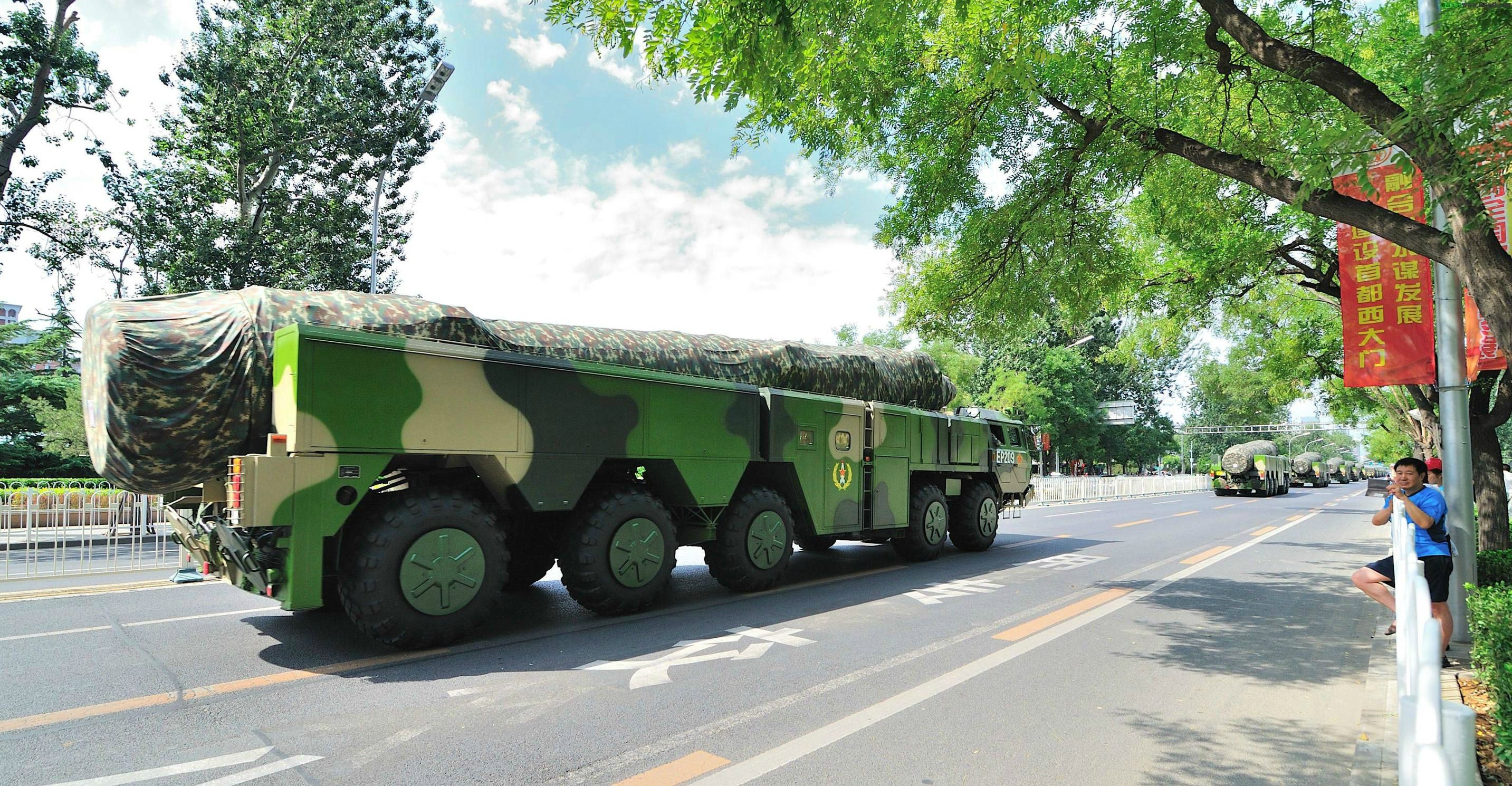 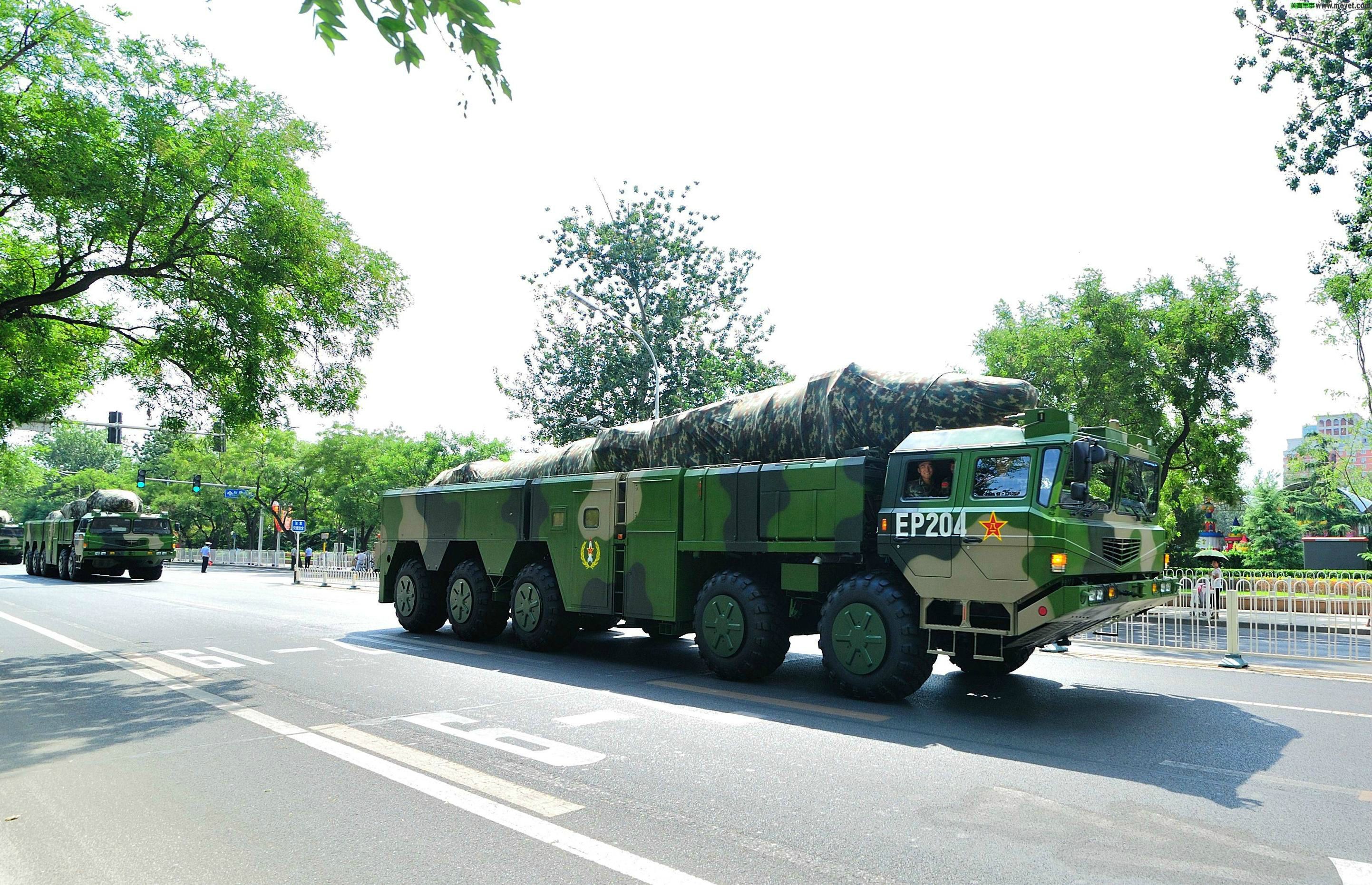 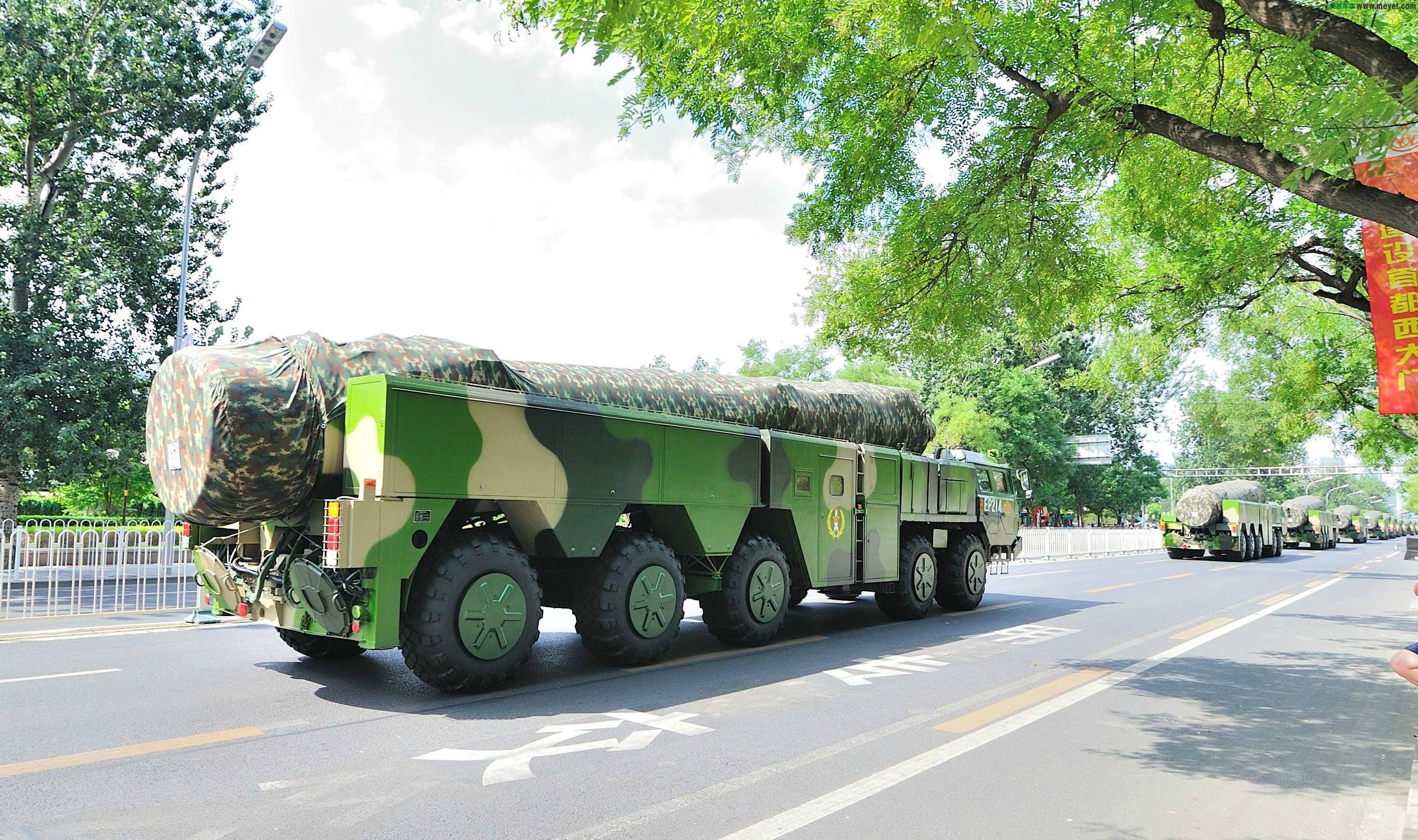 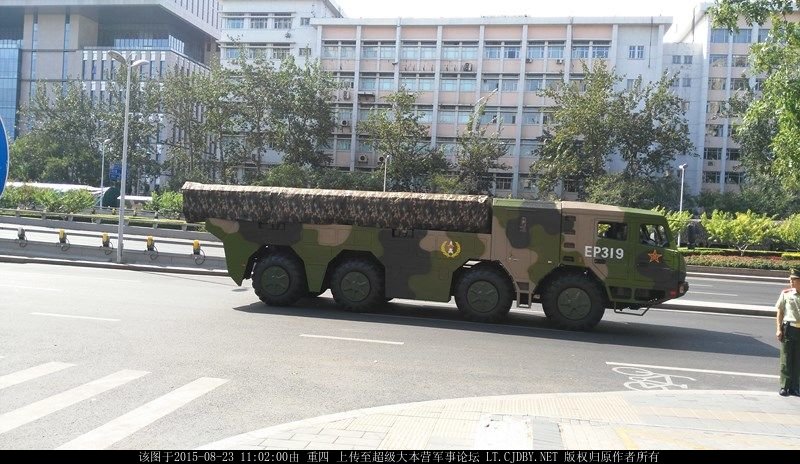 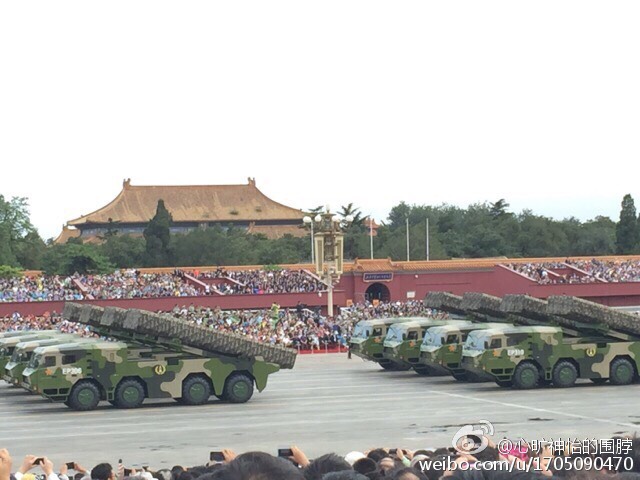 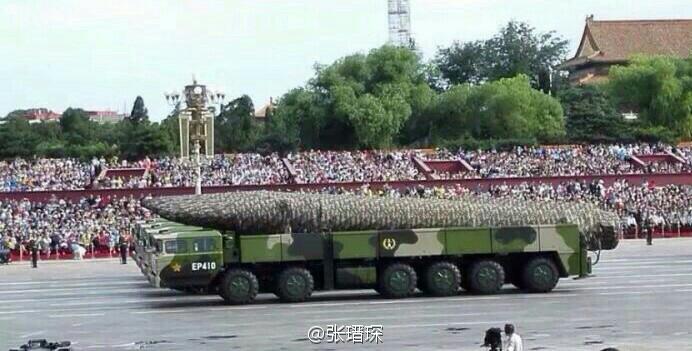 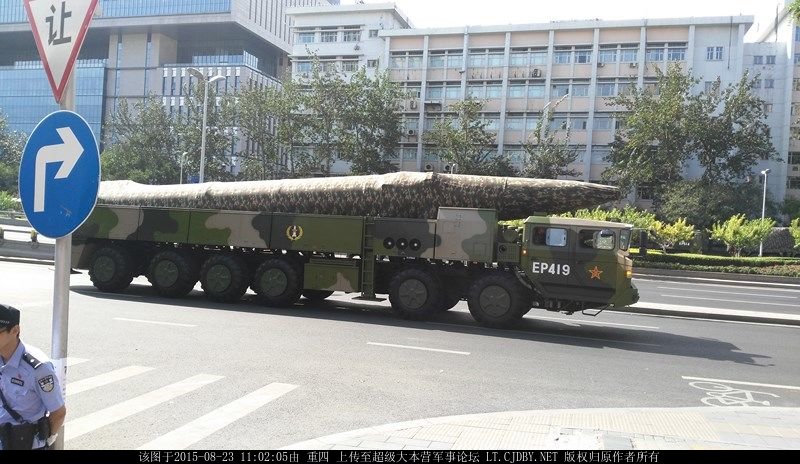 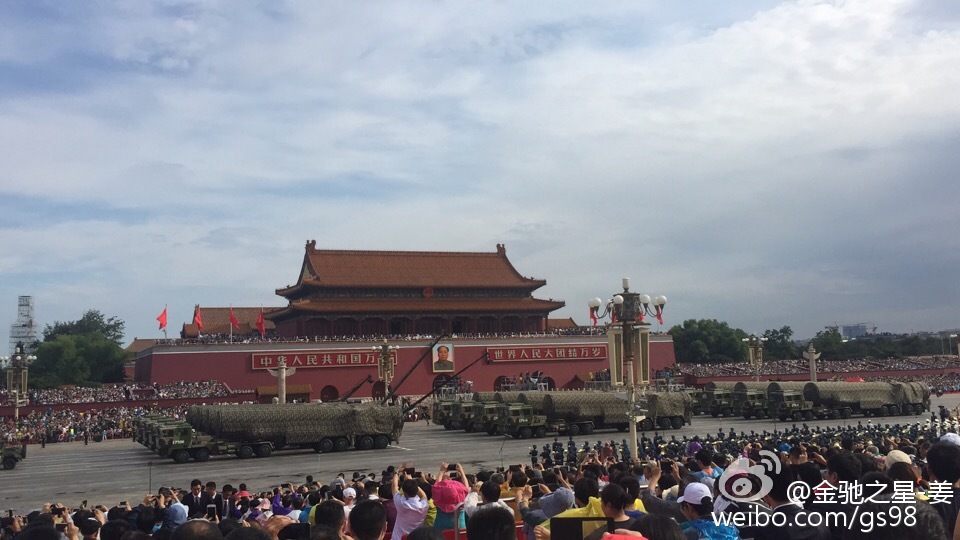 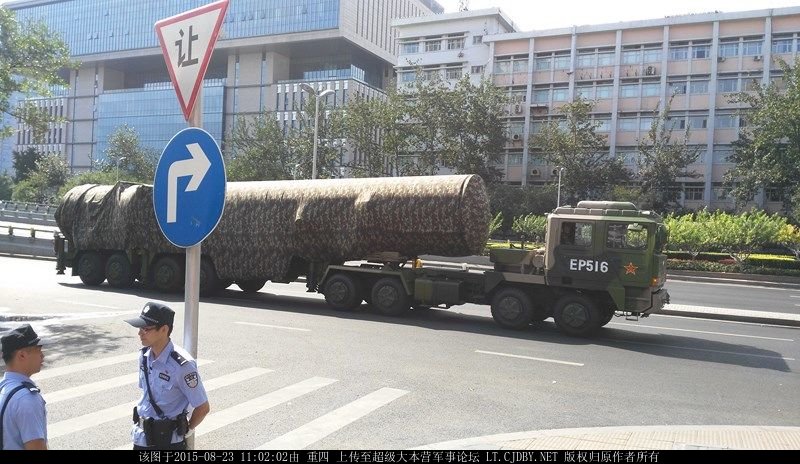 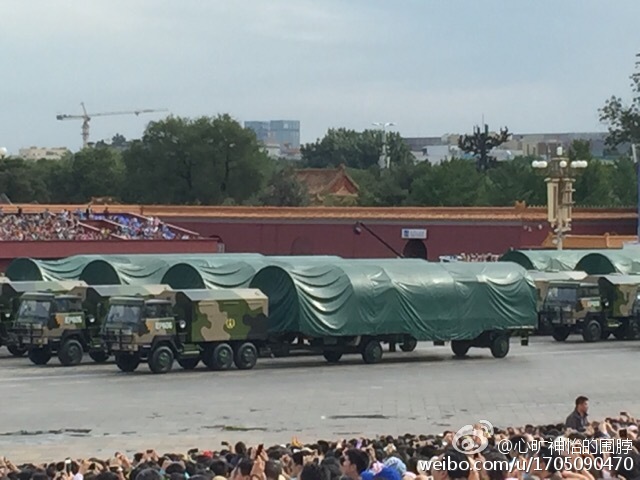 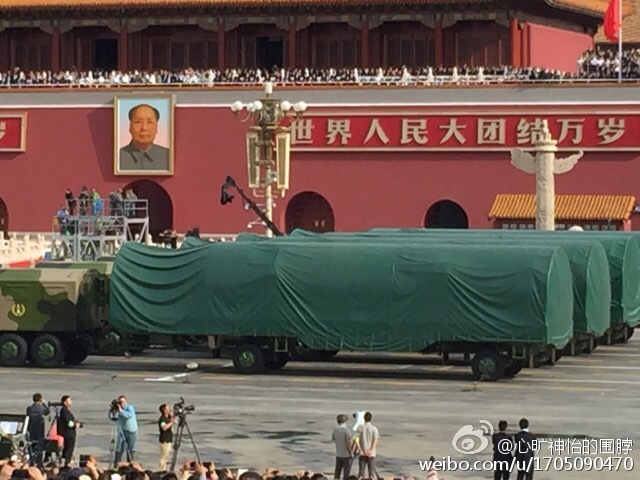 Hopefully after the covers are lifted, we can see something special about this missile (say the warhead is actually a hypersonic glider). With the cover on, they just look like something the West and USSR already had since late 1970's.

One of the CJDBY member(not the big shrimp type) was at the Victory Parade rehearsal yesterday and claimed he heard the announcer say "This is DF-21D, capable of anti-medium and large surface vessels." when what looks like DF-21 passing through the street.

Don't know how credible is this guy, but it sounds interesting and we will see Sept-3rd if he was bsing or it's actually true that DF-21D will finally reveal to the public on the parade.

"有幸亲临现场观看抗战胜利阅兵的全要素演练。当二炮的东风21驶过时，清晰的听到播音员讲到这是“东风21丁型弹道导弹”，更关键是“能够反大中型水面舰艇”。
You must log in or register to reply here.