But he gave no timeline.

"About an hour ago I spoke with President Obama," Trudeau told a press conference.

While Canada remains "a strong member of the coalition against ISIL," Trudeau said he made clear to the US leader "the commitments I have made around ending the combat mission."

Canada last year deployed CF-18 fighter jets to the region until March 2016, as well as about 70 special forces troops to train Kurds in northern Iraq.

During the campaign, Trudeau pledged to bring home the fighter jets and end its combat mission. But he vowed to keep military trainers in place.

His new Liberal government will be "moving forward with our campaign commitments in a responsible fashion," Trudeau said.

"We want to ensure that the transition is done in an orderly fashion."
Click to expand...

I still believe that if, as expected, he withdraws from the F-35 program, a good alternative for the Canadians would be the Advanced Super Hornet. It would line up nicely with their ultimate retirement of the older CF-18s they have, and be a natural follow-on, preserving and using the exiting knowledge they have of their existing inventory..
Last edited: Oct 21, 2015

Registered Member
Nothing sure but after the order for 28 Typhoon by Koweit deal lost by Boeing ( deal no signed right now ) really get 65+ for Boeing would be great !
But in this case Rafale, Typhoon are back for the deal seems impossible Jas-39 so small range for a big country as Canada which in more deploy often far her F-18 in foreign countries for NATO missions.

Staff member
Super Moderator
As I said above, let's not go further into the ideological debate here. I should have not said anything and have deleted defeat that entire line of discussion that I caused.

ISIS notwithstanding, my overall point is simple with respect to the new government in Canada...if they are going to do away with the F-35 (or other such programs) they will replace them with something. The Advanced Super Hornet would be a natural and excellent chooise, IMHO, for Canada.
Last edited: Oct 21, 2015

Jeff Head said:
As I said above, let's not go further into the ideological debate here. I should have not said anything and have deleted defeat that entire line of discussion that I caused.

ISIS notwithstanding, my overall point is simple with respect to the new government in Canada...if they are going to do away with the F-35 (or other such programs) they will replace them with something. The Advanced Super Hornet would be a natural and excellent chooise, IMHO, for Canada.
Click to expand...

Read somewhere that Boeing is pushing what Australia did with the Growler/ Advanced Super Hornet combo to help make up for dropping of F-35 for Canada. And it helps keep the line open longer

Bernard said:
Read somewhere that Boeing is pushing what Australia did with the Growler/ Advanced Super Hornet combo to for Canada.
Click to expand...

An dvanced Super Hornet/Growler Combo would be an excellent choice for Canada.
A

solarz said:
Harper said the Russians were coming, that's why we needed the F-35!
Click to expand...

Him and his good ol' fear tactics. Good thing this week will be the end of this form of legacy.

SinoSoldier said:
I wish the federal government had done this years ago, back when we weren't so financially and politically invested in the F-35. I really hope the RCAF takes a look at the F-15SE and that Boeing will in turn offer a price slash, considering no one else is currently buying or profiling it.
Click to expand...

He never really listens, if considering he also muted the environmental scientists.

vincent said:
I don't think we spent much money on F-35 so far. Anyways, I'm glad my tax dollars are not wasted on something we don't need.
Click to expand...

Jeff Head said:
As I say, the Advanced Super Hornet seems like a natural, and a good option, particularly since Canada has operated F-18s for years.

Here she is. I expect the US Navy will ultimately upgrade many of its F/A-18Fs to this configuration.

Of course, the F-15SE would be equally attractive...but I view both as very good and since Canada already has F-18s...well, that seems like a natural.
Click to expand...

Agreed. And personally I'm down for the F-18E/F, Eurofighter, or the F-15SE. The SH fits well with what Canada needs, while EF and SE also but packs some extra capabilities too. And of the 3 the EF will be the most lethal. Good enough to engage on the Su-35(and maybe the PAK-FA?) 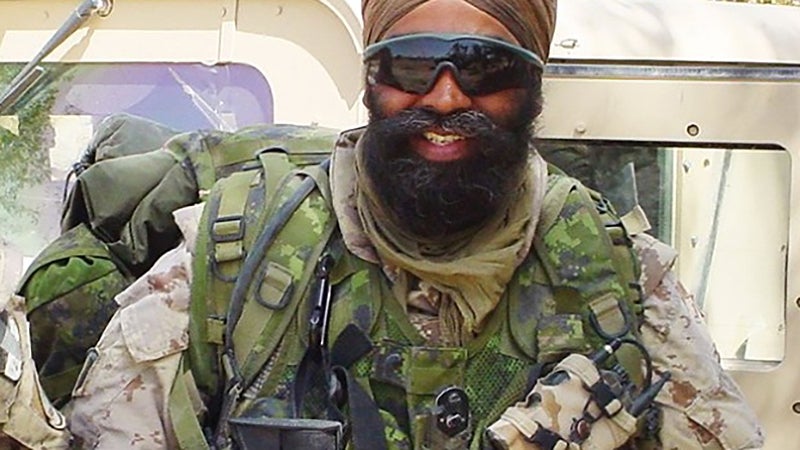 Big changes are underway in Ottawa since the Liberals’ big election win. One of these is the appointment of Lieutenant Colonel Harjit Sajjan, a former anti-gang police detective, highly decorated soldier, military intelligence genius, and Canada’s newest Minister of Defense.

Sajjan moved to Canada from India when he was just five years old. Joining the military at 18 after being initially rejected, he served one tour in Bosnia, three tours in Afghanistan, and was the first Sikh to command a Canadian Army regiment. In other words, this is one bad-ass, been-there-done-that Cabinet officer.


During his time time in Afghanistan, he gained a bit of a reputation as being almost a super-weapon when it came to fighting Taliban influence. As
Please, Log in or Register to view URLs content!
tells it:

“He was the best single Canadian intelligence asset in theatre, and his hard work, personal bravery, and dogged determination undoubtedly saved a multitude of Coalition lives,” said Brig.-Gen. David Fraser in a letter to the VPD.

“Through his courage and dedication, [then] Major Sajjan has singlehandedly changed the face of intelligence gathering and analysis in Afghanistan.”

Because he spent 11 years working the anti-gang beat in Vancouver, commanders saw him as a perfect fit for combating the Taliban in Afghanistan. Sajjan received the Meritorious Service Medal in 2013 for effectively battling the Taliban’s influence in Kandahar Province. According to
Please, Log in or Register to view URLs content!
, his citation states:


His approach, based on his knowledge of local culture and tribal dynamics, helped senior management to engage with influential Afghan tribal leaders, and led to the identification of insurgent command and control connection points.

Oh, and he’s also pretty much the buffest civilian head of a military you’ve ever seen:

Now the decorated soldier and crime buster will sit as one of newly minted Prime Minister Justin Trudeau’s closest advisors and will have to immediately navigate Trudeau’s wish to withdraw Canada’s CF-18 Hornets from the anti-ISIS air coalition, and how to deal with the ISIS in Iraq in Canada’s own way, including how and who Canada will train in Iraq. He’ll also have to deal with the complex and ever-mutating threat that ISIS poses against the Canadian homeland. Yet according to Sajjan’s credentials and accomplishments, could there be anyone better to do this? Probably not.


Also on the new Minister’s docket will be the politically perilous task of
Please, Log in or Register to view URLs content!
, as well as finding a way to remodel Canada’s military on a very tight budget. Which is a war full of its own political and administrative battles.

Canada has had its very own F-35 saga over the last decade. In Ottawa, the beleaguered jet is so…
Please, Log in or Register to view URLs content!

Than again maybe the Lieutenant Colonel’s front-lines credibility and soldier-like physique will cause some prickly bureaucrats to think twice about waging procurement and policy battles they may not be able to easily win.

Leased for 5 years with option for 5 others waiting definitive Combat Support Queenston Class 2 in order based on Berlin Class in service for 2021+ carry more Log and polyvalent carry also ammunitions.
And 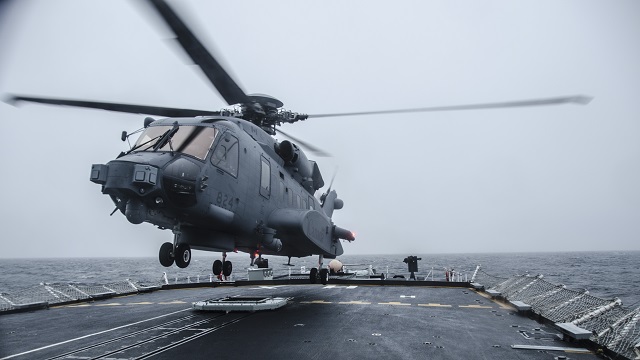 Just off the coast of Nova Scotia recently, the sun shone on a milestone achievement for the Royal Canadian Air Force’s CH-148 Cyclone helicopter project. The first Cyclone helicopter, fully manned by Royal Canadian Air Force (RCAF) personnel, successfully landed on a Canadian warship at sea on January 27, 2016. Her Majesty’s Canadian Ship Halifax, the ship on which the first Cyclone landing occurred, has been involved with CH-148 testing and training for the past year.
Click to expand...