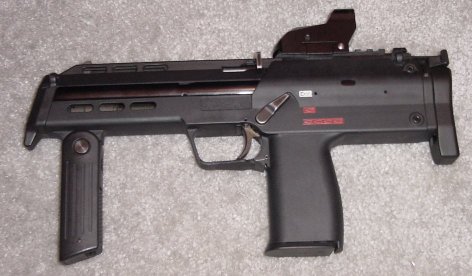 Alright, I am going to translate what the video (which I posted earlier) stated for you folks. It says that the Kheibar has already entered production, and will be in general use with the ground forces in 6 months. In spite of the fact that its barrell is 25cm or so shorter than that of standard foreign rifles, its rounds exert an equal amount of force. It is fit both for close combat and for sniping and such. Hope that is of some help. The video didn't state much, as you can see.

Yes. Tondar is our own.

BrotherofSnake said:
The Marines still use it. The Army is using mostly M4's now.
Click to expand...

Why Army will use M4 ?? It got less range and accuracy, I remember that M1Tanker told me before that the M4 was mainly for recon team and vehicule crew... The infantry will keep the M16

Depends on the mission I guess. Currently in Iraq the Army is equiped with M4s because it is better in an urban environment. M4 has the same stopping power as the M16, it is fully automatic, and it is lighter too.

I would vote G36 but it's not there so M16 as long as it's been modified with a ZM weapons, HK416 , or Berret M468 upper.
this Iranian gun looks closer to the Styr AUG or SAR21 then the Type 95. and is probably more closely related to the AUG then the Type 95 that is not to say it is a bad gun.

As for the Tondar? It looks like an Early MP5 9mm they used the straight Clip as well.

the iranian gun looks like a combanation of a Famas G2 and a Type 95
dose any one know what caliber it is?
You must log in or register to reply here.