It's nothing personal if you really wanna know. It's just SINA being SINA. (They even ban or delete government accounts for no reasons a lot of times. Since they are private firms and what they do don't break the law, no one could actually touch them)

zxy_bc said:
It's nothing personal if you really wanna know. It's just SINA being SINA. (They even ban or delete government accounts for no reasons a lot of times. Since they are private firms and what they do don't break the law, no one could actually touch them)
Click to expand...

ah yes. Across the lake Facebook seems to be doing the same, or not.
S

Registered Member
Does anyone find it kind of funny that the term “Five Eyes” became a badge of honour?

Seeing recently some articles like “Japan/India to be sixth eye…” etc.

Seems like since the USA “pivoted to Asia” (aka China is now enemy #1), “Five Eyes” was resold as “Five countries watching China closely”.

15 or so years ago when the term was first coined, it was actually a mark of shame. A mark that people in the western world were being subjected to Orwellian monitoring. It symbolized the extra legal means that the five countries utilized to spy on their citizens without due process as a part of the ECHELON project. Since the intelligence agencies could technically not legally spy domestically on citizens without warrants etc., the loophole was to allow “foreign” agencies a backdoor, then this information was shared amongst the group. In the US, once this information was “given”, authorities could go to FISA court and get full wiretaps. FISA court being basically a rubber stamp court giving everything a veneer of legality. (
Please, Log in or Register to view URLs content!
)

This was on my mind as I recently read an article by a Canadian news outlet that lamented Canada’s lack of participation in the AUKUS project since they are already part of “Five Eyes”. It made me sick.
T

Registered Member
How can I upload profile picture?

The Observer said:
Does "independent intellectual property rights" translation from Chinese press releases mean only the IPs developed and registered in China or it also includes licensed foreign IP?
Click to expand...

I think it is the first one

Registered Member
guys, does the forum allows us to pin the threads we like at the top or the best we have is the "watch" function?
G

Registered Member
I have frequently heard that China is the "world's oldest continuous civilization", and I believe this to be true on the basis of the fact that the historical records show that China has been a literate society since the Shang Dynasty, which roughly corresponds to the beginning of the Greek dark ages, at a time when Greek writing was lost. Since Shang oracle bone scripts are direct ancestors of modern Chinese script, then the Chinese writing system is older than the Western (Greek) one, and China has the world's oldest continuous writing system, which defines the difference between one civilization and another.

However, that is just something I worked out myself. Apart from this, what authoritative sources, if any, underline the claim that China is the world's "oldest continuous civilization"? Where does this claim come from?

Registered Member
Thoughts? Do I qualify as romantic guy.. Do you approve 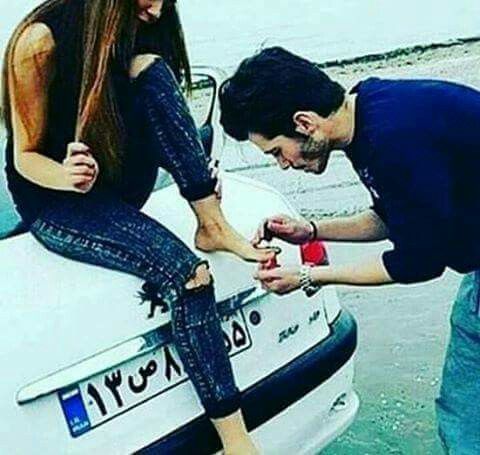 Arnies said:
Thoughts? Do I qualify as romantic guy.. Do you approve

@Arnies Not bad bro not bad at all, BUT if that is a wound better use your mouth bro , it had the desire effect medically....lol
You must log in or register to reply here.