It’s a matte dark grey in the standard livery. You can call it black if you like but it’s not black as black. It wore a number of variations in its service life however based on lighting it was black as pitch like your photo or dark grey. Some wore lighter shades to. But it was dark charcoal grey. End of debate.
F

TerraN_EmpirE said:
It’s a matte dark grey in the standard livery. You can call it black if you like but it’s not black as black. It wore a number of variations in its service life however based on lighting it was black as pitch like your photo or dark grey. Some wore lighter shades to. But it was dark charcoal grey. End of debate.
Click to expand...

lol.. you can call it dark gray (like B-2!!! ) but for practical purposes it is good old matte black, mate. Another picture for fun: 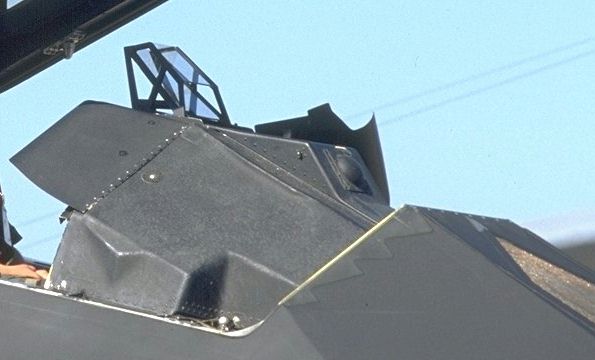 There were some experimental gray ones (very ealry prototype) and the below test article for day operations' test but rest is matte black: 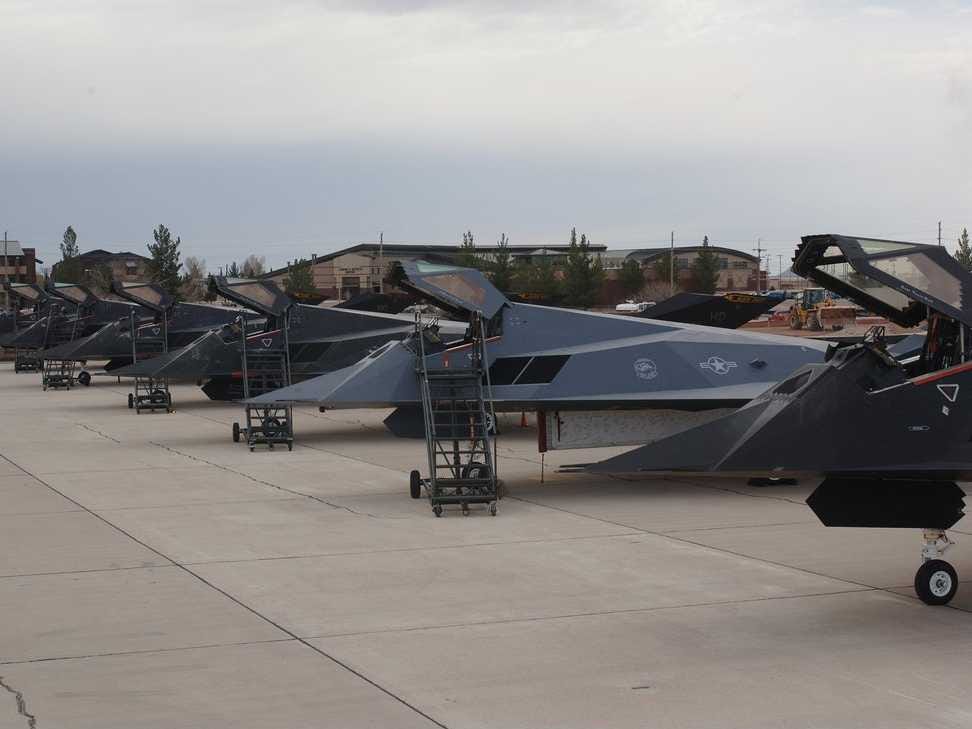 Z-20 is not black though, I agree with that 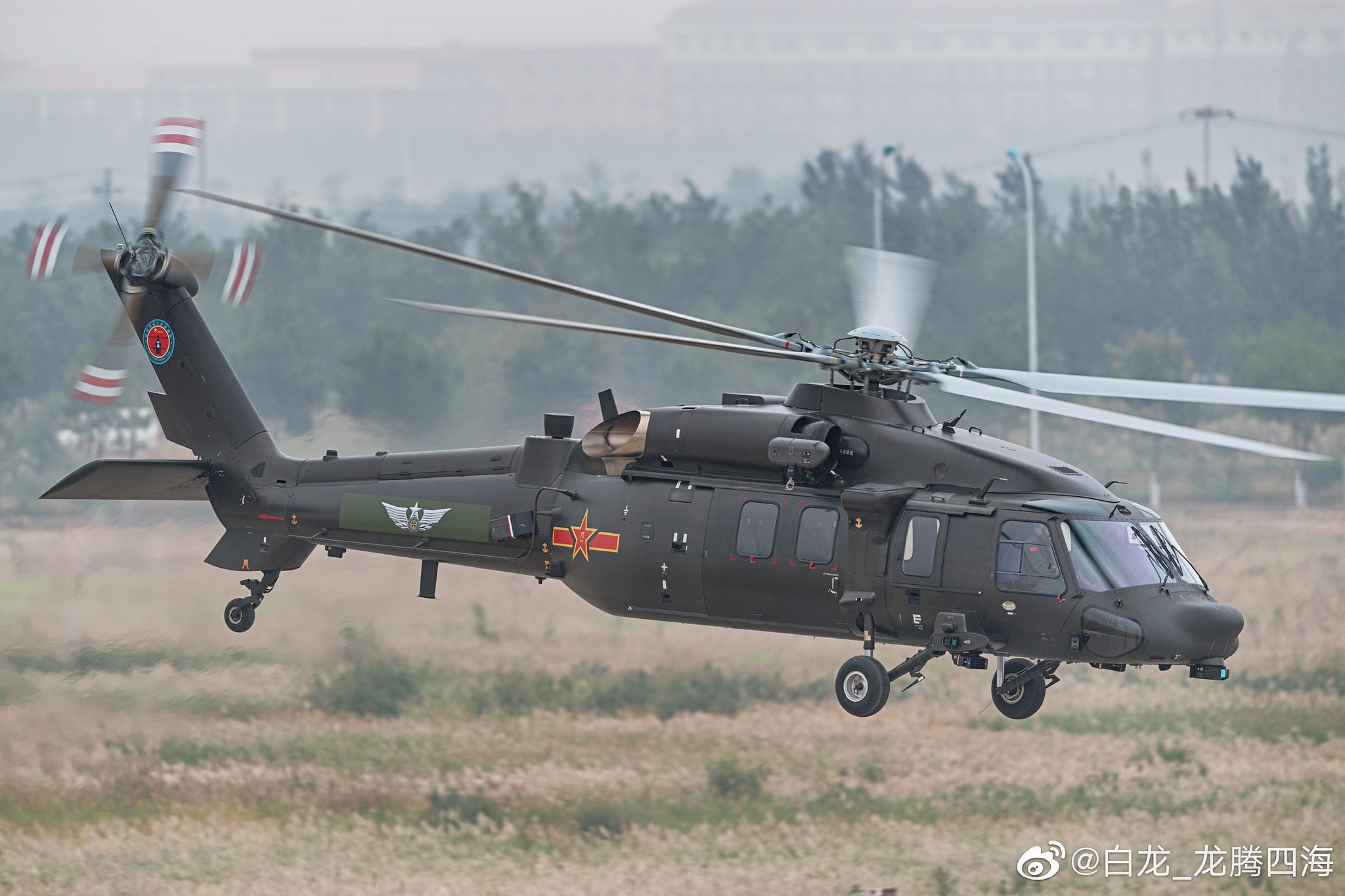 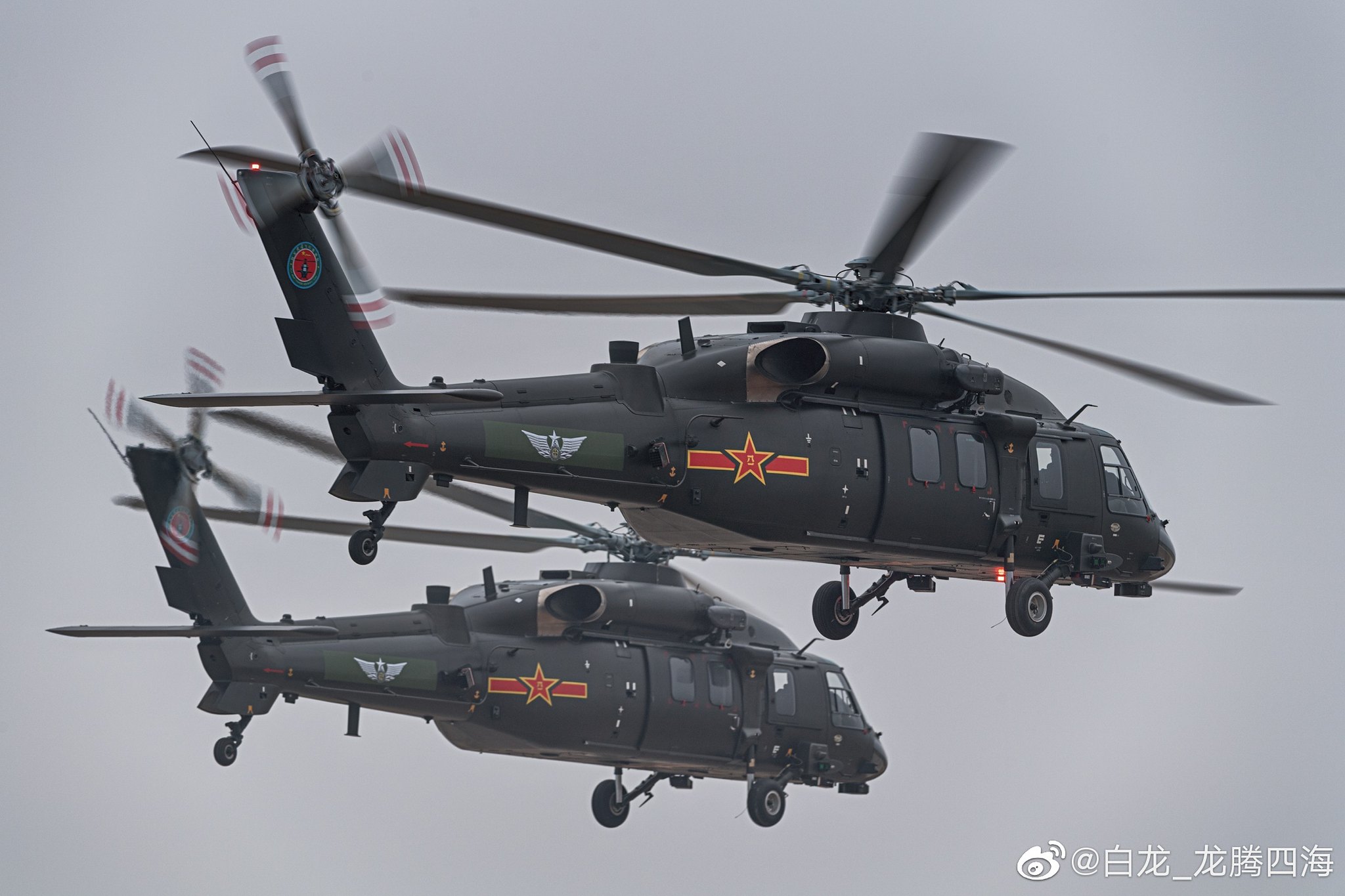 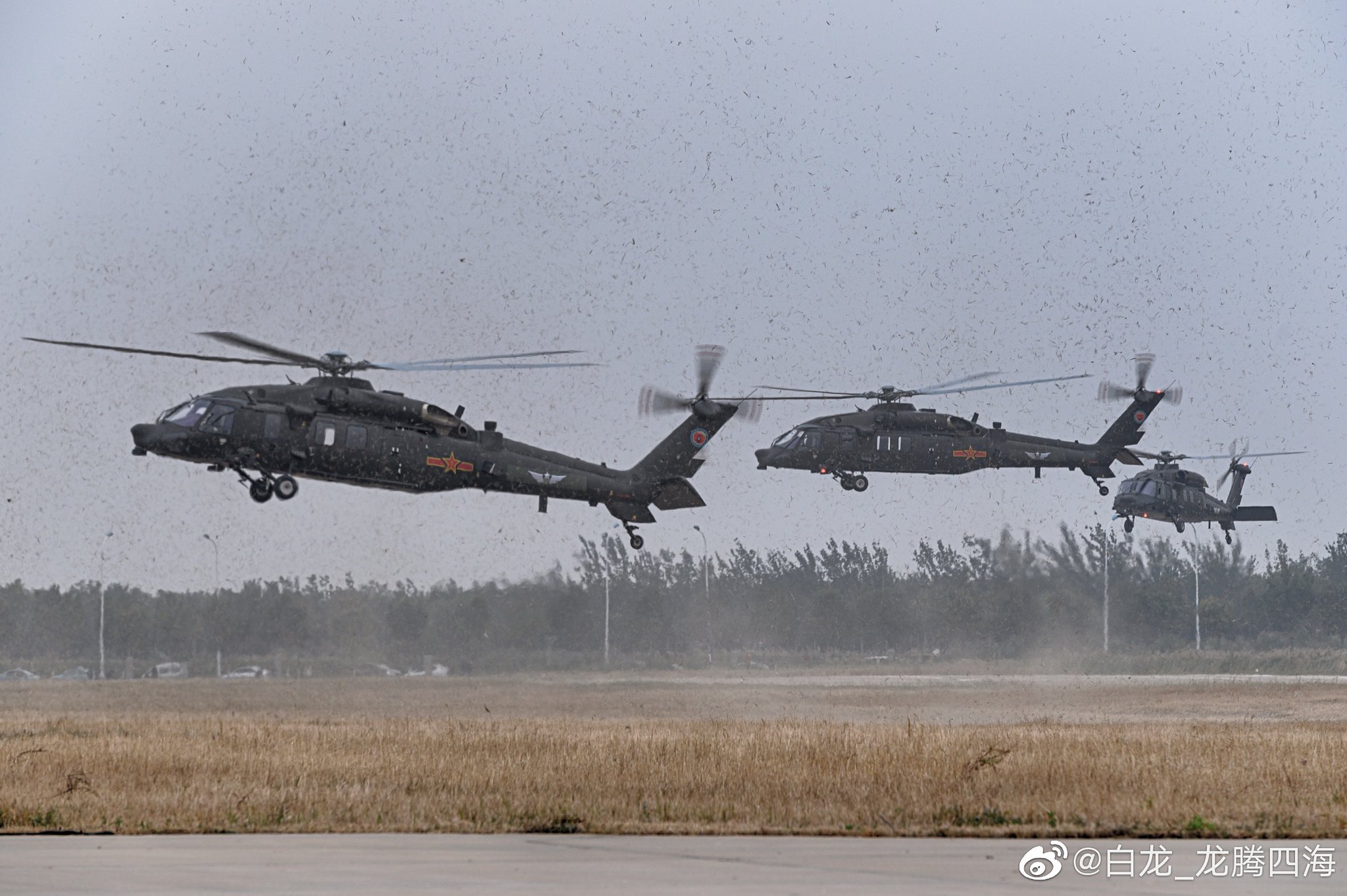 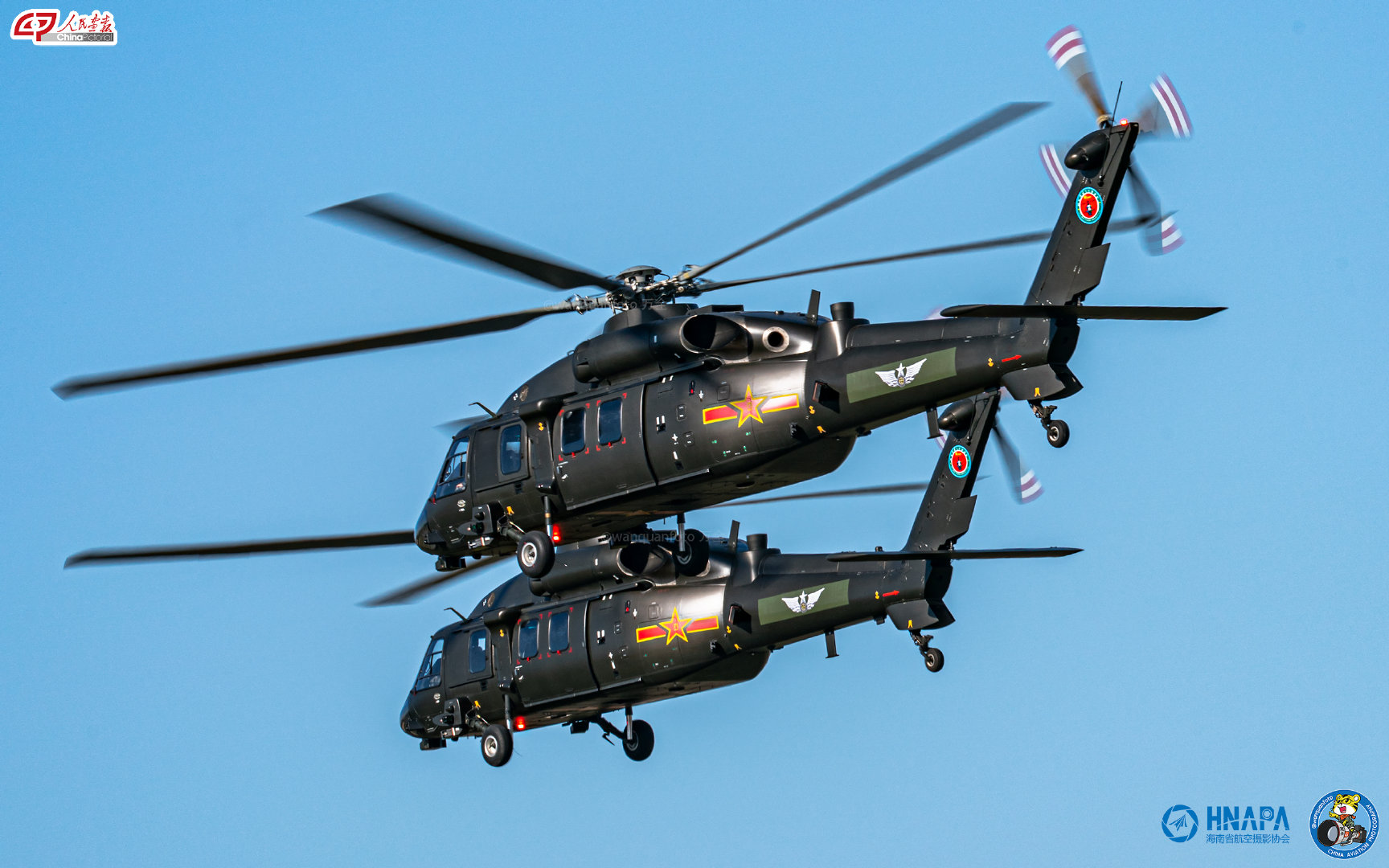 Registered Member
I really don't like the green marking on the tail. A low visibility roundel would also be nice. Idk, I just don't like the aesthetics.
T

Registered Member
Why isnt the tail blade covered like z10?

Not sure what you mean. Z10 uses a scissor tail it’s just as exposed as this except this is more Cruciform. The difference being need of sound proofing vs power.
if you want to talk feston style like the Z19/Z9 the issue would be weight. Ducted tails are heavy.
K

I am going to jump on a limb and say not likely.
there are a small number of Helicopters with proven Mid air refueling. H60 series, CH47, CH53, H225M, AW101, and the old H3. I read an article that mentions it in relation to the Mi26 but I have never seen said helicopter with a Probe or any Russian helicopter with one for that matter.
In order to safely refuel mid air there are two methods for Helicopters. The Hovering method where in the chopper hovers over a Navy ship with a hose run up to the fuel tank in the cabin.

And probe and drogue. The later requires two things first a chopper large enough to mount the probe. Second a tanker slow enough to let the Chopper keep up. The later is a bit of a surprise but most jets are just to fast. Helicopters have a fairly slow speed because of the way they fly. When the US does helicopter air to air refueling it used KC130 variants. The French do the same and also have used A400M variants. Turboprop aircraft with low stall speeds because Helicopters can’t fly faster than 315 KPH as a general rule most don’t make that at all. Most Jet tankers have a higher flight speed because of their size. As we know the PLAAF doesn’t have a ton of tankers to begin with. They did toy with using the AN12 based Y8 as a tanker early on but no evidence of actual implementation. Instead they went to the HY6. In order to establish Helicopter air to air refueling for Z20 they would need to produce a Y8/Y9 or similar tanker with a reliable low speed to let the Chopper milk and a refueling probe for Z20 and other aircraft deemed suitable.

asif iqbal said:
China has weak refuelling capability since it doesn't really have custom made Y20U tanker yet

until we dont see this kind of capability we won't be seeing too much refuelling capability especially helicopters
Click to expand...