Registered Member
I am thinking it might have hit something like an FPSO and there are a bunch around the SCS.

Low density yes, but those legs that are filled with ballast look like they could do some serious damage if you come up under them.
S

Registered Member
A look at the US Army’s portfolio of directed energy weapons. Seems they will have a good deal of weapons to cover the low and mid-range by the mid-2020’s. Interesting that they expect to have a 300kw truck mounted laser in the next couple of years, yet still list 300kw as designed for UAS, rockets and fixed wing / rotary. I wonder when we will see lasers for cruise missiles, and supersonic / hypersonic weapons?

It was only a matter of time before they started equipping robot dogs with guns.
A quadrupedal machine built by Ghost Robotics has been outfitted with a custom rifle made by Sword International.
It’s not clear if the unit is for sale.
Click to expand... 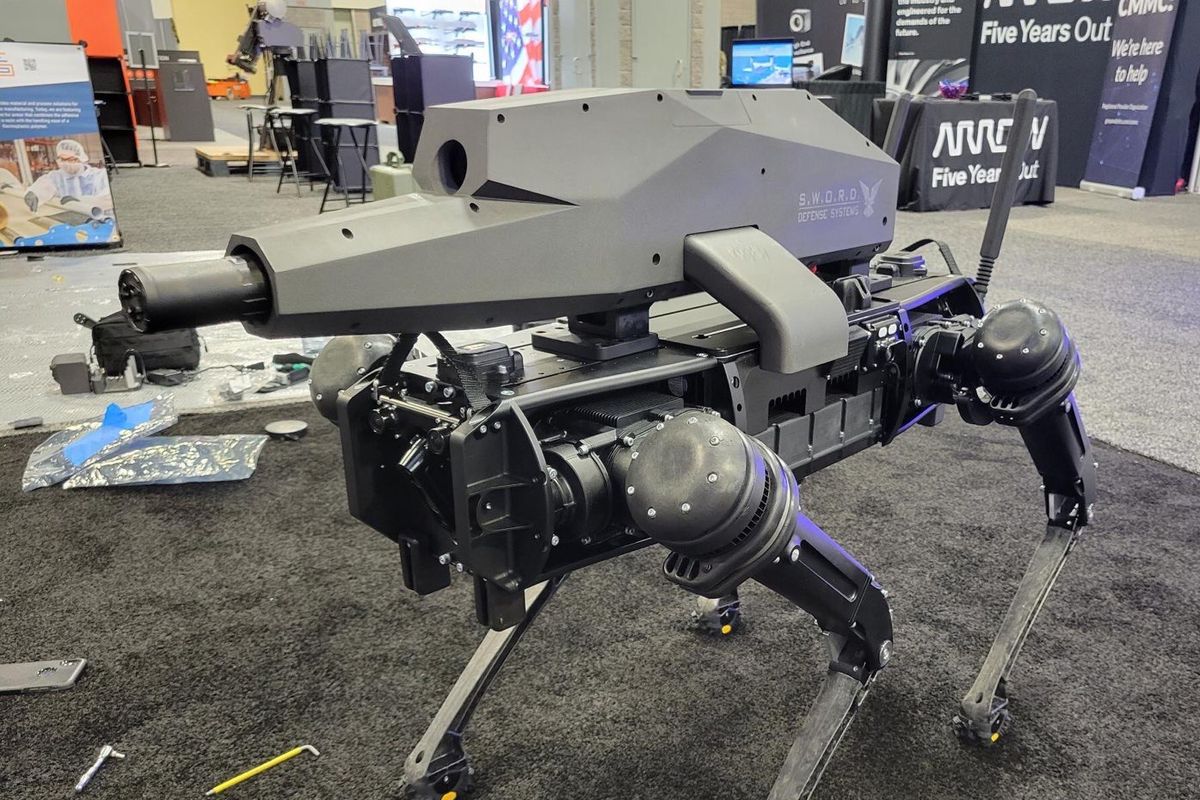 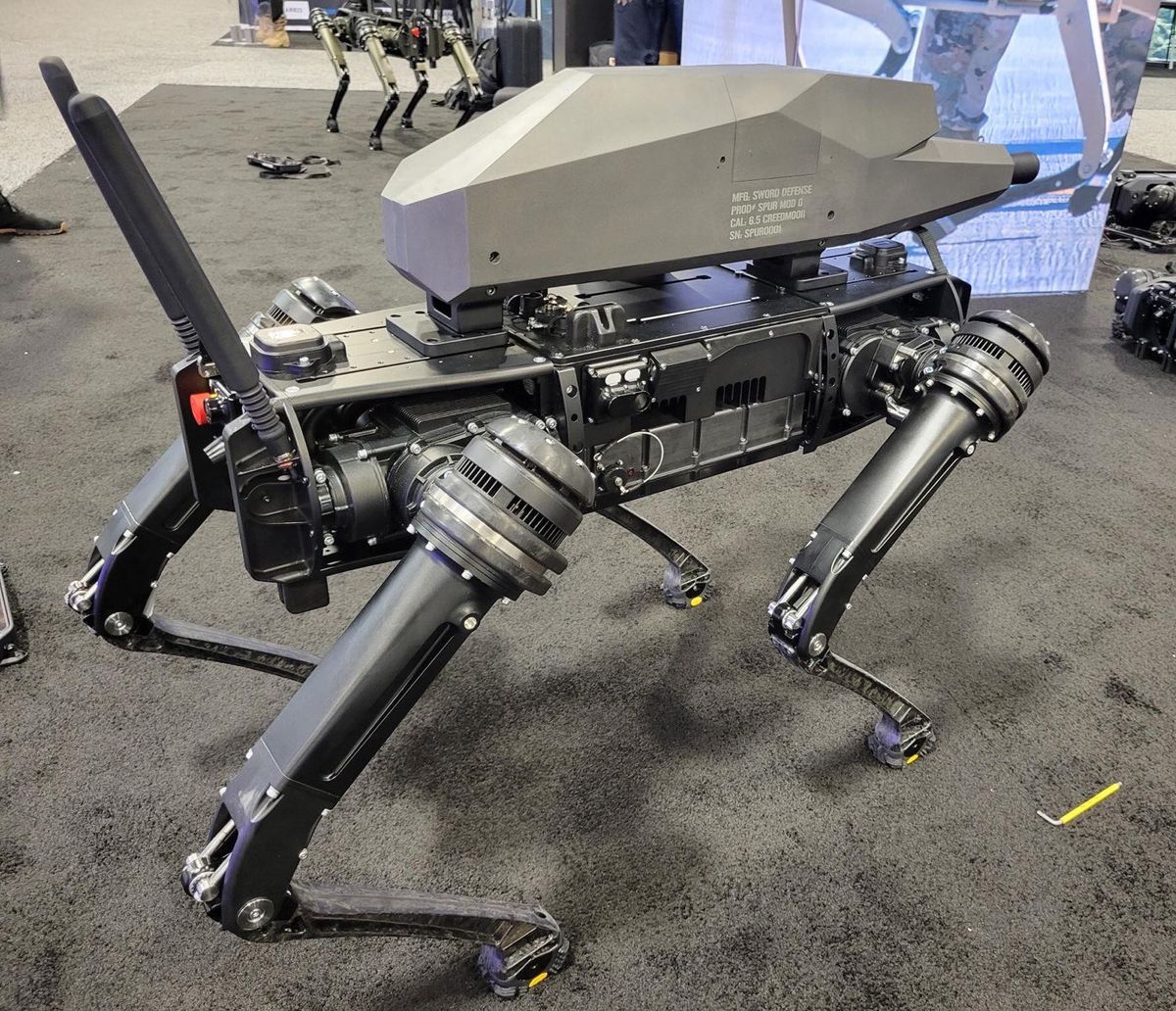 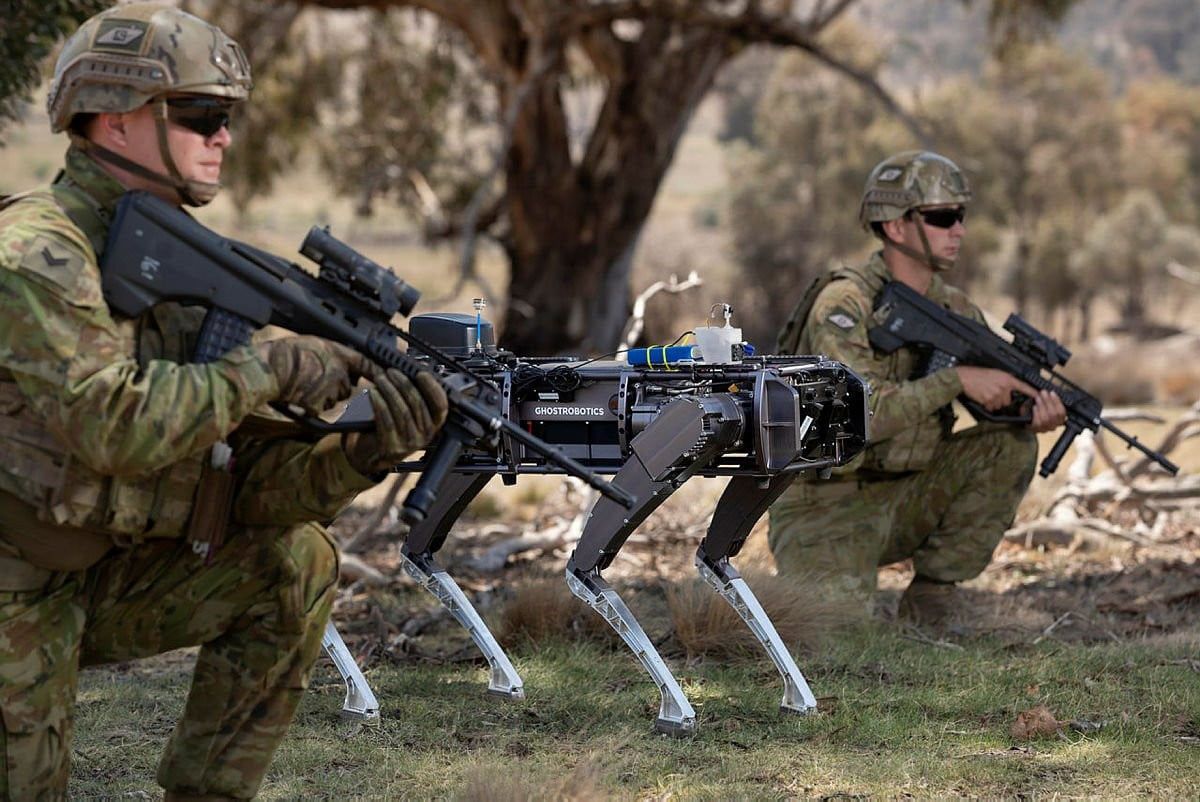 Temstar said:
Big aquaculture cages look like this:
View attachment 78105
Low density yes, but those legs that are filled with ballast look like they could do some serious damage if you come up under them.
Click to expand...

If it was one of these they hit, we should get news soon of one them damaged or missing.

Registered Member
As good as anywhere to put this:

Kich said:
If it was one of these they hit, we should get news soon of one them damaged or missing.
Click to expand...

A week have passed, this collision is caused by a lapse in submarining and collision with undersea structure.

As weird and damaging it may sound for US undersea force...

Registered Member
Please, Log in or Register to view URLs content!
The loss of a US Navy ship to a massive blaze was “a completely avoidable catastrophe,” but management lapses on multiple levels, including the failure to activate a firefighting system, made the task impossible, a report claims.

Some three dozen officers aboard the USS ‘Bonhomme Richard’ were named as responsible for the loss of the ship, which caught fire near a San Diego naval base in July 2020, according to a 400-page investigation report
Please, Log in or Register to view URLs content!
by the Associated Press on Tuesday. While one particular sailor, Seaman Apprentice Ryan Mays, was charged earlier this year for initially starting the conflagration, the report alleges that the vessel could still have been salvaged if not for the commanders and the crew’s lack of basic training and skills.

“Although the fire was started by an act of arson, the ship was lost due to an inability to extinguish the fire,” the report said, as quoted by the AP. It concluded that “repeated failures” by an “inadequately prepared crew” led to an “ineffective fire response.”

The report, prepared by Vice Admiral Scott Conn, outlined major lapses in training and preparedness, poor communication and coordination between personnel, bad equipment maintenance and broader breakdowns in the overall command-and-control structure on the vessel.

For instance, the investigators found that while the ship was fitted with a firefighting foam system that could have slowed the spread of the fire, no one on board was aware of how to put the system into operation, that is to push a certain button.

“No member of the crew interviewed considered this action or had specific knowledge as to the location of the button or its function,” the report said. Even if the sailors had prior knowledge of the intricate mechanism, it’s not clear if they succeeded in stopping the flames.

The report claims that about 87% of all fire stations on board were plagued by equipment issues or had not been inspected at all.
Specifically, the ship’s three top officers were held responsible for the inadequate emergency response, including commanding officer Gregory Thoroman, executive officer Michael Ray and Command Master Chief Jose Hernandez. The report said the three did not ensure readiness for such an event, and kept the ship in poor condition.

“The execution of his duties created an environment of poor training, maintenance and operational standards that directly led to the loss of the ship,” the report said of Thoroman in particular, though it faulted other higher-ups for a “a pattern of failed drills, minimal crew participation” and “an absence of basic knowledge on firefighting” among the sailors on board.

The failure to contain the blaze in some areas of the ship led to temperatures in excess of 1,200 degrees Fahrenheit (649C), hot enough to melt metal into liquid, which was seen to have flowed into other parts of the vessel after the fire was finally extinguished several days later.

The fire broke out last year as the vessel was at port in San Diego for a $250 million upgrade slated to take two years to accomplish. Of about 115 sailors on board, around 60 were treated for minor injuries, such as heat exhaustion and smoke inhalation.

Due to massive damage sustained in the disaster, the ship was decommissioned in April. In the hope of avoiding similar incidents going forward, the navy vowed to expand emergency response teams on board warships and established a new fire safety assessment program, part of which involves random inspections. Since the ‘Bonhomme Richard’ went up in flames, some 170 such inspections have already been carried out, the navy said.

The USS ‘Bonhomme Richard’ was among the nine big-deck amphibious assault ships in the US inventory, capable of carrying multiple helicopters, rotary aircraft or up to six VTOL [Vertical Take-Off and Landing] jets. The vessel spent years with the US forces in Japan before being transferred to San Diego in 2018 for its upcoming overhaul.
You must log in or register to reply here.