I guess they have completed building the facility
From Oedo
In the official coverage of the Bohai Shipyard and the 719 Institute, "With the great development of equipment and equipment, we are hoping to build up the honor of mass production of Boharu people (employees of Bohai Shipyards) by mass production" and " Make "and" use "stage already completed, and will focus on" to become stronger "at the next stage. It is deemed to be related to the PLA Navy's nuclear submarine 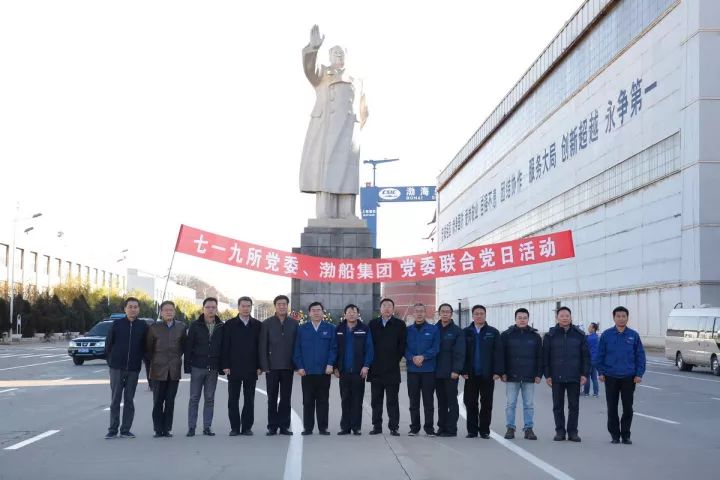 Registered Member
Henri Kenhmann's
Please, Log in or Register to view URLs content!
about the signs that production is about to start.
K

Registered Member
siegecrossbow Jeff Head
Can you please created a new topic with 095 and 096
or divide this one in two for SSNs : 093 and 095 and for SSBNs 094 and 096 and keeping previous posts ofc better more logic by Type but maybe more difficult.

Coz with 4 classes on the same topic not easy !
Thanks

.
With all the high level visit something big is brewing up
I guess this guy Christopher Carlson is wrong. He wrote an article "Why everybody is wrong about the next gen submarine"
Please, Log in or Register to view URLs content!

Here is the translation

China seems to produce "mass" nuclear submarines next generation, it is in any case what do know, subtly, the latest publications Bohai Shipyard. What are here that all nuclear-attack submarines (SNA) and nuclear submarine missile launcher (SSBN) of the Chinese navy occurred since 1968.

In the first article in Weixin account of the site on 15 November, item that was removed a few days later, we learned that the leaders of the Communist Party of the Institute 719 and Bohai Shipyard jointly organized a theme day range on future collaboration.

At this event, LI Tian Bao (李 天宝), CEO of the shipyard Bohai, delivered a speech in which he says his team will do everything to "realize the dream of several generations", ie "produce large series of a project, "and that the military products remain the top priority for the company.

Similar sentences were also used during
Please, Log in or Register to view URLs content!
, where he talked about "schedule and construction missions and testing both charged and difficult", and now "in a future close ".

Here is the fact that the construction of the new production line, which seems to be dedicated to the assembly of nuclear submarines, coming to an end, it suggests that "certain project" both in reality new Chinese SNA 09V type and SSBN type 09VI .

Knowing that the 719 Institute, a subsidiary of Chinese naval group CSIC and consulting firm specializing in the design of nuclear submarines, began the design of the new generation of submarines since 2012, it seems to be consistent to see the start cutting the first sheet incessantly shortly, as we have already suggested in
Please, Log in or Register to view URLs content!
.

Provide valuable learning from the experience of the application of the subsequent fine products, prepare yourself mentally construction of high-volume products at the same time, seize the historical opportunity of a lifetime

And Li Tian Bao is not the only person to have reported that the Bohai shipyard should launch mass construction. His deputy, HU De Fang (胡德芳), who holds the position of general manager, held
Please, Log in or Register to view URLs content!
, during which he asked them to "well-capitalized industrial experience" and " enter an unprecedented historical opportunity "to better prepare for" the parallel of mass production. "

Although the text did not mention what product it is, but obviously it is the same as LI spoke three days later.


Please, Log in or Register to view URLs content!
On September 18, Yang Jin Cheng, one of the deputy DG of the CSIC group, visited Bohai shipyard (Photo: CSIC)


Please, Log in or Register to view URLs content!
On November 12, the CEO of the CSIC group held an information meeting with key officials of Bohai production (Photo: CSIC)


Please, Log in or Register to view URLs content!
The representatives of the Communist Party of the Institute 719 and Bohai Shipyard met November 15 (Photo: CSIC)


Please, Log in or Register to view URLs content!
One deputy DG of the CSIC group inspects the shipyard Bohai Nov. 23 (Image: CSIC)

Note also that several senior political and industrial leaders visited the Institute and 719 shipyard Bohai this summer. for example include:

Staff member
Super Moderator
Registered Member
Agreed, for this new generation of submarines a new thread should be opened: so please continue here but I beg You to understand that I'm unable to move all former posts related to the 095/095 to this thread.

Surely and not surprising for me but mass production can means 2 by year by ex one 095 and one 096 to know ?

But i have discover new infos recently especialy on the Weibo but to conditional as i have say it is very difficult to know for SSKs clearly more than surface ships and not easy for them ! so for nuclears extremely difficult to know

But seems right now normaly the first is the 095 SSN class announced a class of 5 first in service for 2020 at the earliest Henri K had said 2023 considering the difficulty to build such boats possible the first get delay and could to be a one hull the first Chinese nuclears all others are double hull.
With ofc as the 093B a VLS for size about a Virginia 8000 tons max about. with a pump jet.
For noise very silencious but not the best remains a large increase with Shang.

Registered Member
The construction of these new facilities for the mass production of new generation submarines seems to suggest that the technology is mature.

cunnilingist said:
The construction of these new facilities for the mass production of new generation submarines seems to suggest that the technology is mature.
Click to expand...

We have received a number of requests regarding our user name.

It refers to a sexually explicit act and we want you to change the name forthwith.

Consider this a warning regarding it.

Read the forum rules. Such things are definitely forbidden in the rules and you will need to change the name, or face the likelihood of being suspended from the forum.

As I said, please read and follow the rules.

Because warnings won't matter if he is not able to actually go ahead and change it.


I've asked a few times as well about whether it is possible, because I would like to correct the typo in my username, but afaik it is not possible.
You must log in or register to reply here.