Some nice footage of DDG Nanchang.

AndrewS said:
It's not just the radar, but the fire-control available on each ship to guide missiles.

In any case, 112 VLS cells would be consistent with a single mission requirement for [96 VLS cells for air-defence + 16 cells for strike]


You do realise that the Arleigh Burkes and Ticonderogas have to go to port to reload as well?
And that the US fleet is overwhelmingly made up of Arleigh Burkes with only 96 VLS cells.
Or that the next-gen Zumwalt only had 80 VLS cells.

In a Taiwan scenario, a large number of air defence destroyers can expect to be defending the beachhead and resupply ships for weeks or months. We're looking at less than 24hours for these ships to sail to a major naval base, reload, and get back to the beachhead.

Realistically, air defence destroyers on other missions would only go as far as 1500km from Mainland China for 90% of the time.
That's a maximum of 4 days for a reload to/from a naval base.

Also note how the USA is planning for its fleet of large AEGIS ships to naturally dwindle from 80 today to 60-ish.
From the US point of view, resupply is an even bigger issue for them.

But they are still going with fewer larger ships, and more smaller ships that have fewer VLS cells.
Click to expand...

The 052D or even the 052C doesn't have any fire control illuminators. All SAM missiles on the 052C/D are terminally active guided.
A

Tam said:
The 052D or even the 052C doesn't have any fire control illuminators. All SAM missiles on the 052C/D are terminally active guided.
Click to expand...

The original version in high-resolution. 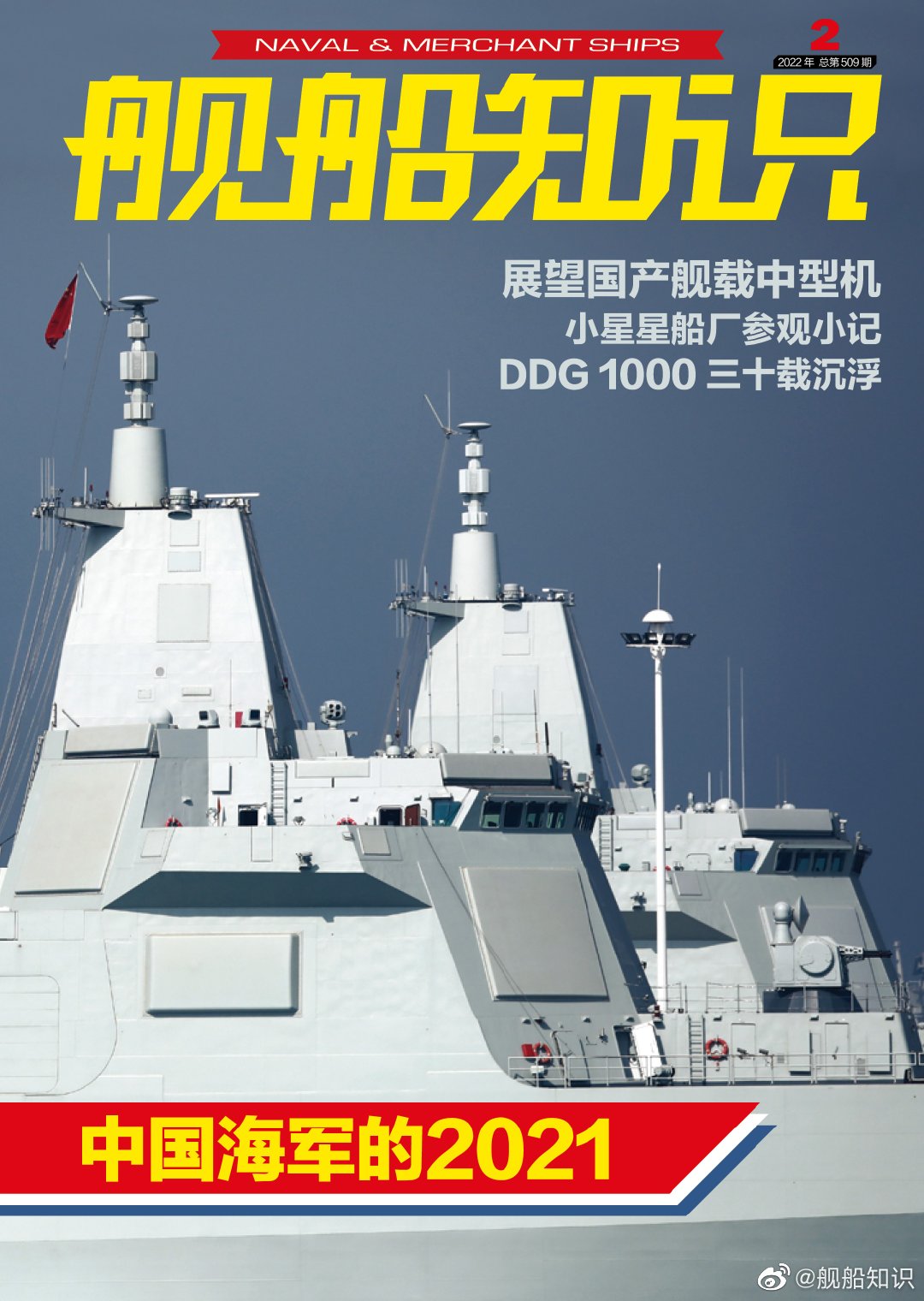 Registered Member
At the beginning of the new year, the Navy Type 055 #102 “ Lhasa ”ship started training.

There is no convincing evidence presented that suggests the hulls at DL are 055s rather than 052Ds.

The previous rumours had suggested DL would be producing 052Ds and JN 055s.

The current quality of imagery is not of sufficient quality to differentiate it imo.