taxiya said:
Here is the section of wiki that you referred to.

Remember wiki is nothing until it quotes a verifiable official source, such as the English version of a treaty or agreement in which Xi Jinping signed his name under the word "President of People's Republic of China". I am willing to wait and see for that.

The bottom line is that, only the Chinese name is the official name. Rendition in any other language is just a word that anybody such as journalist may choose at will except if it is on a paper of legal status. For example, Soviet Premier were translated to either "Premier" or "President of the console of ministers" in English, which is official? And who decides?
Click to expand...

here you go, from Xinhua:

Staff member
Super Moderator
Registered Member
Ok ... and now back to the topic

Registered Member
Yes , back to the topic. Still waiting any 106 view ...
L

syntax conventions of different languages are different. An ordered collection of words in one language does not always convey the same meaning as a word by word translation of these words in another language.

I am sure the Chinese term “China navy“ in the Chinese language means the navy belonging to China, which properly translated into English to capture the correct meaning, as oppose to stupidly ape
the syntax of one language in another, would be “Chinese navy”
Click to expand...

Someone above already give you an example, US navy.
Language is never dead, it changes all the time.
Long time no see?
I definitely prefer China Navy over Chinese Navy. The latter is rather informal, ambiguous, and has a bad taste. 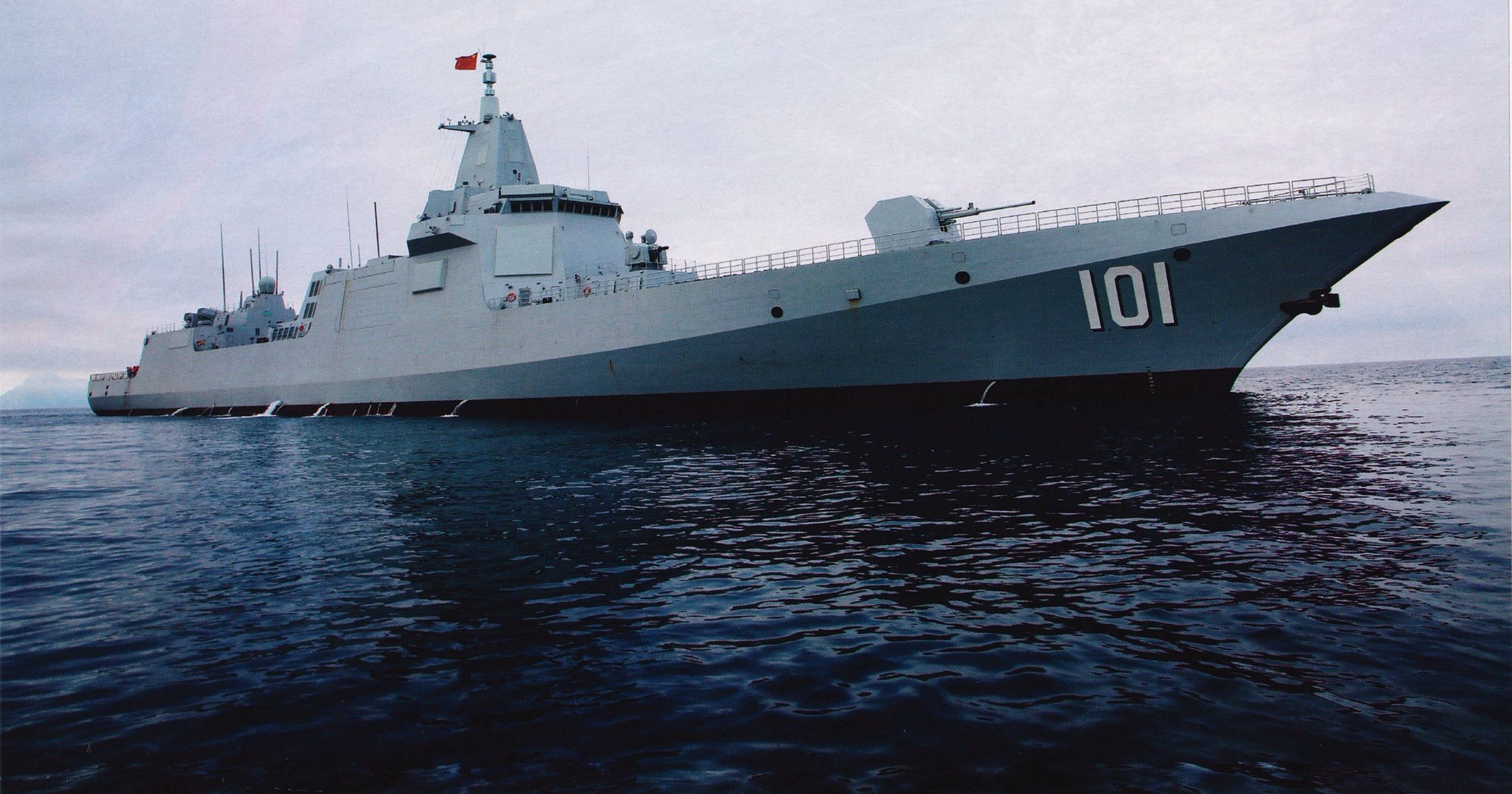 by78 said:
One more magazine scan.

I’m just curious. I always noticed that modern Chinese naval guns had different tubes below and above the barrel. Does anyone know what functions they serve? Are they hydraulics, some sort of cooling system, recoil dampening system, apart of the reloading system?
C

Dylan Nguyen said:
I’m just curious. I always noticed that modern Chinese naval guns had different tubes below and above the barrel. Does anyone know what functions they serve? Are they hydraulics, some sort of cooling system, recoil dampening system, apart of the reloading system?
Click to expand...

I don't know what the lower bar is, but the top element is some sort of fire control radar.

This is an 052 but you can see the square element:
Please, Log in or Register to view URLs content!
You must log in or register to reply here.