Registered Member
Word has it that the names of the first four ships have been decided, based on someone's thorough investigation of notices from municipal-level governments.

and what relevance does this have with Type 055?

STOP with these endless nasty OFF-Topic posts. Discussing Russian SAMS, what Turkey, India or whoever bought and why not and even more tank-biathlon videos are in NO WAY related to the 055.

Take this as a warning.

now went through several last pages, didn't see this picture (sorry if it's a repost, the view is great anyway): 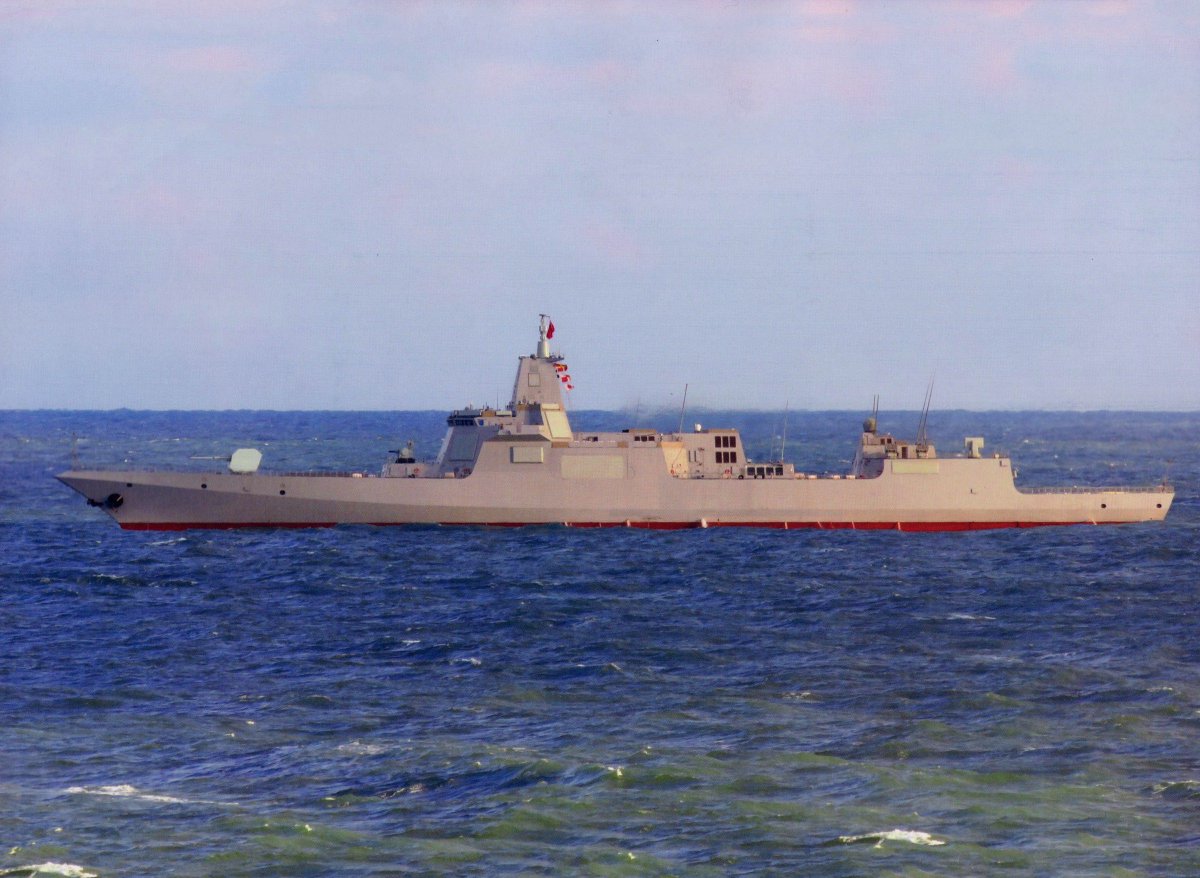 A.Man said:
She is maned:

james smith esq said:
I'm calling for 36 of these!
Click to expand...

Easy said than done.
B

james smith esq said:
I'm calling for 36 of these!
Click to expand...

There will certianly be many of them. I don’t buy the US version that these are Ticon style “fleet leaders” simply because China itself designate them DDG, not CG.

They try to contextualize the 052D as a Burke equivalent, but that’s sort of a miss since they’re smaller.

My hypothesis on the “mystery” of the small-but-advanced-sensors 052Ds is that they aren’t supposed to match anything in the US navy, they’re meant to be doctrine matches for the Japanese Akizukis.

These are smaller DDGs that carry very powerful sensor suites but less VLS. Their mission is to defend normal DDGs and act as a force multiplier.

If this hypothesis is true, China will probably build one 055 for every one to two 052s.
V

A.Man said:
She is maned:

Wait so we missed the commissioning ceremony ?
You must log in or register to reply here.