gelgoog said:
Just like @asif iqbal has said many times we have never seen any pictures of the Chinese using their hovercraft with mechanized forces. The pictures usually show either empty hovercraft, or at best now, we have a picture of one carrying infantry.
This with the added fact most of them were at the shipyard for years suggest some kind of issue and I suspect it is the turbine engines lacking power or endurance or both. It is fairly well know the Type 726 LCAC had some sort of issue but it was never made open. Supposedly this should have been fixed in the Type 726A LCAC but AFAIK they still don't have enough to equip all the Type 071 LPDs.

Also the frigates have lower top speed than other modern frigates which have at least one turbine engine so they can reach 30 knots and only recently have they introduced variable depth sonar and towed sonar with Type 054A+.
Click to expand...

Iver Huitfeldt class of frigate is considered to be one of the top battle frigates in the world, and is all diesel powered. Its platform is the basis for the Royal Navy's new Type 31 frigate class.
T

Tam said:
If that is 529 then, what is the ship is to the left of the picture below? Ignore the refitted 136 for a moment. The ship on the left has the skirts below the main radar and has the uncut sweep along its bow typical of the first four 054A. This can mean that another early 054A has acquired this skirt like 'upgrade'.

Tracking the 054A ship besides Destroyer 136, and that should be pennant 530 Xuzhou, which is the second Type 054A ever made and is another oldie like 529. Both 529 and 530 are assigned with the 3rd Destroyer Division. 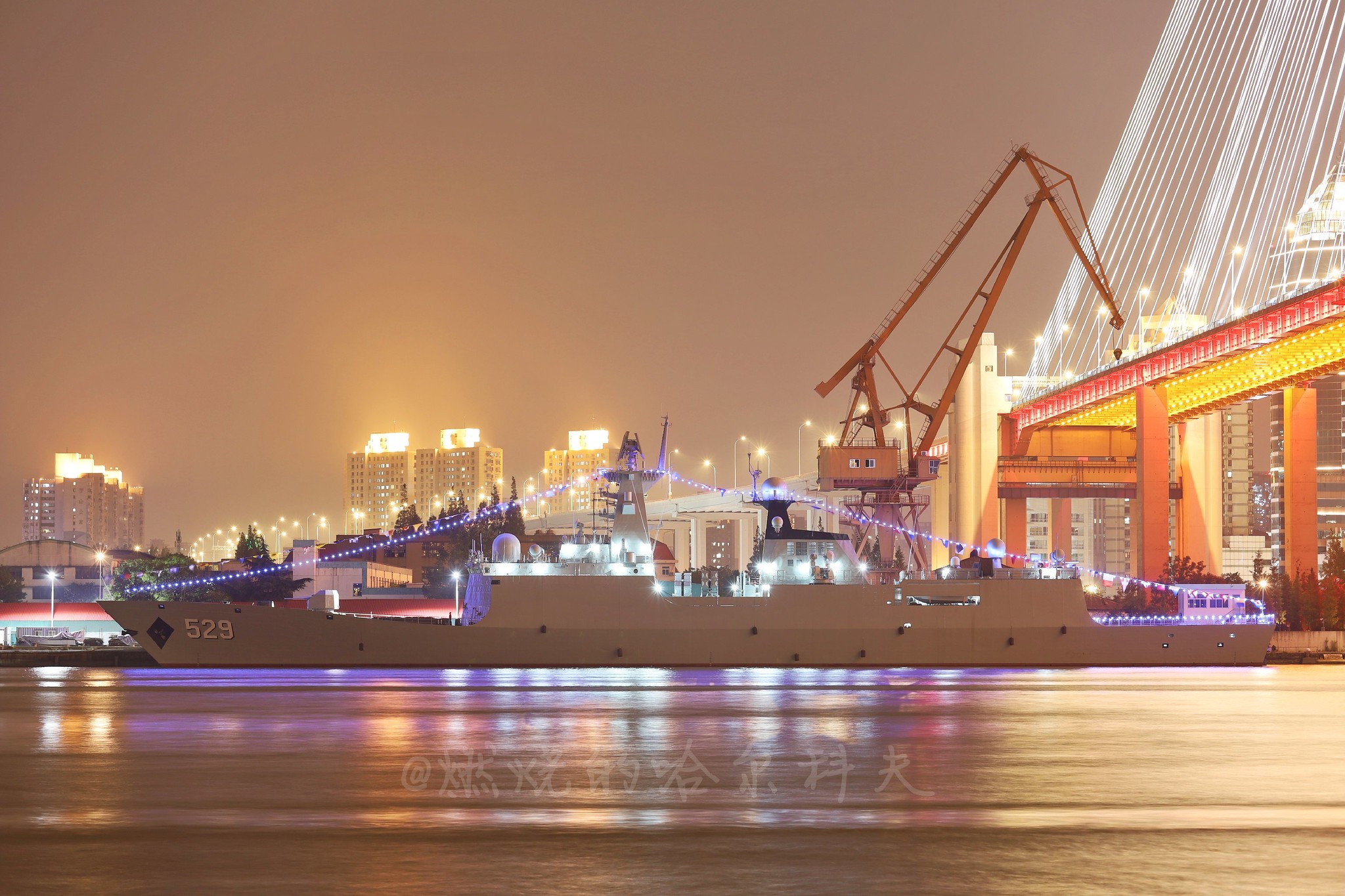 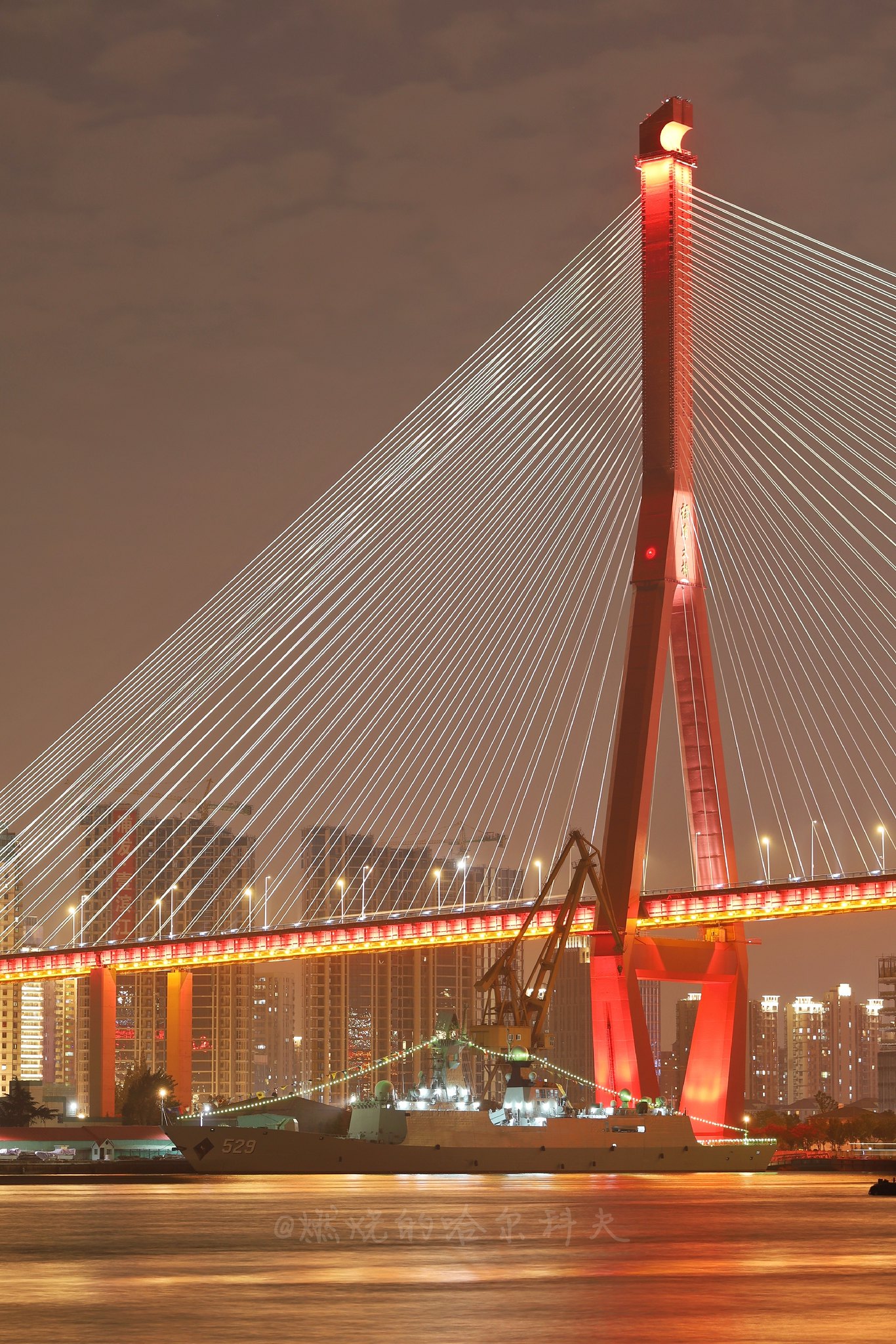 sequ said:
What it this mystery missile? Do you have a link or a source?
Click to expand...

Equivalent to US ESSM RIM-missile
T

Registered Member
Beautiful shots. The lights on 529 isn't just for pretty, it helps boats and ships in the river spot her and so they don't get colliding into her at night. 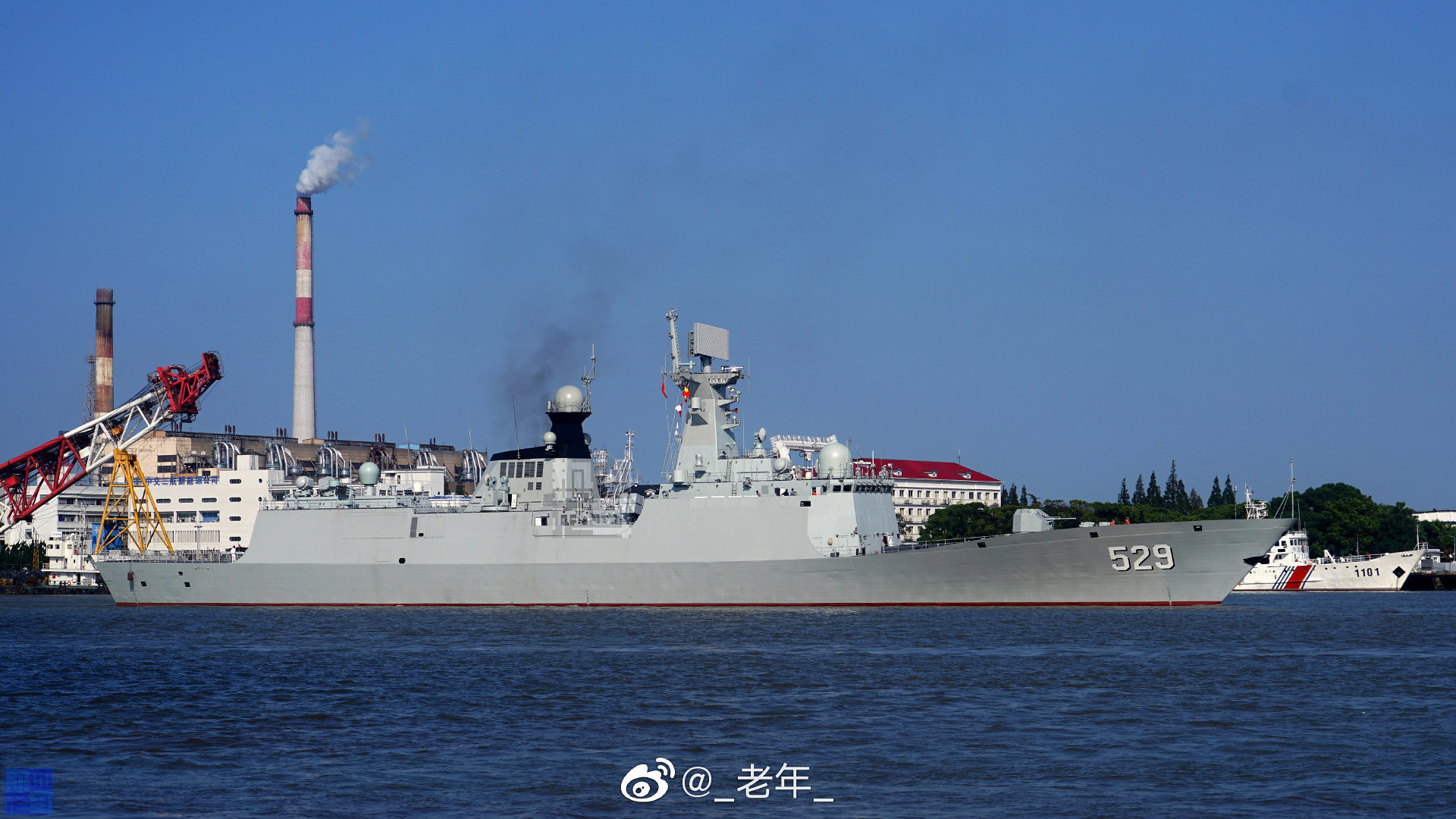 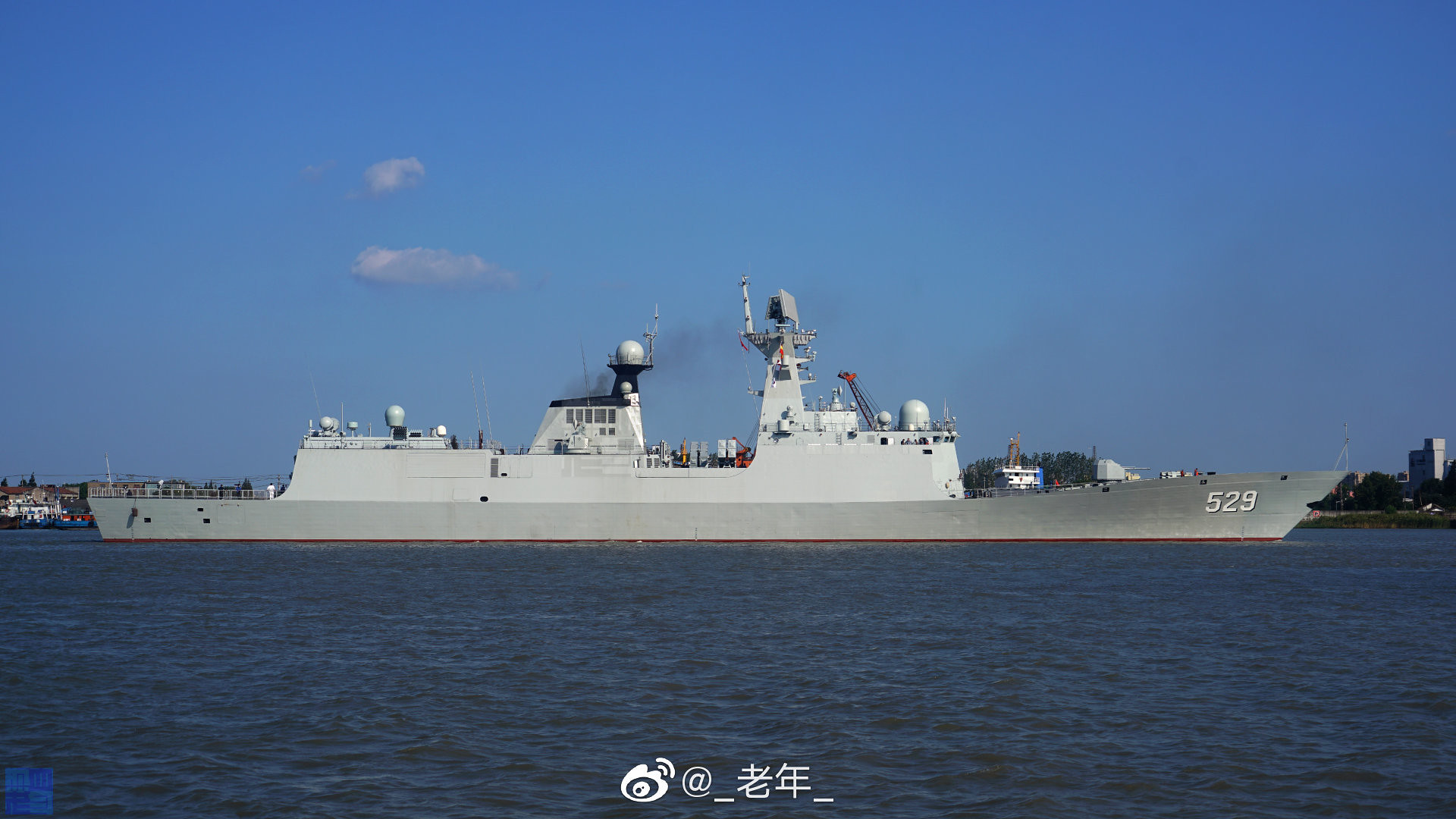 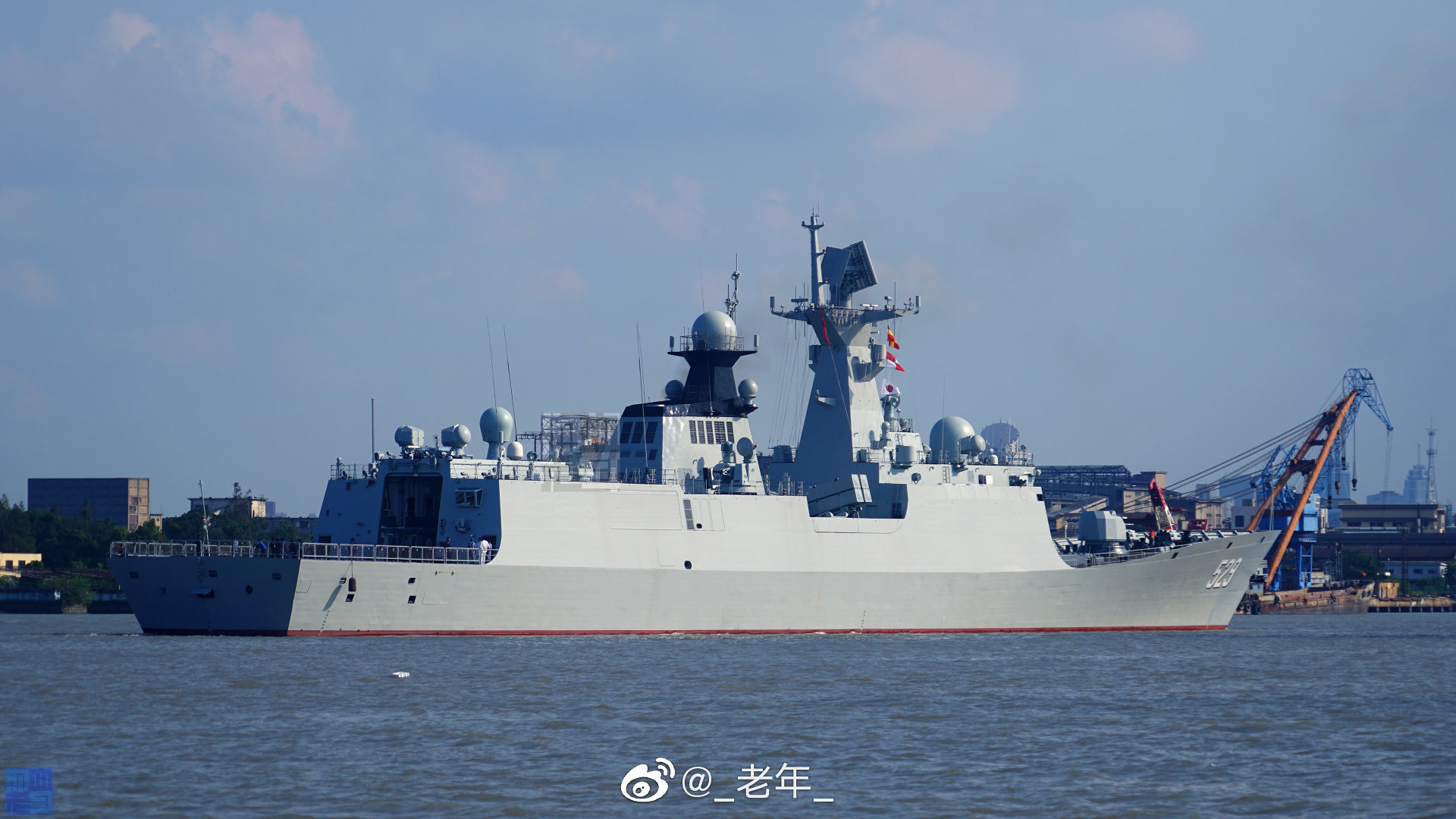 Registered Member
529 steams past the two 075. Her overhaul was obviously done in HDZ. Pic thanks to the PDF.

Registered Member
What did they change on the 529?

The latest image of Pakistan's 054A/P. 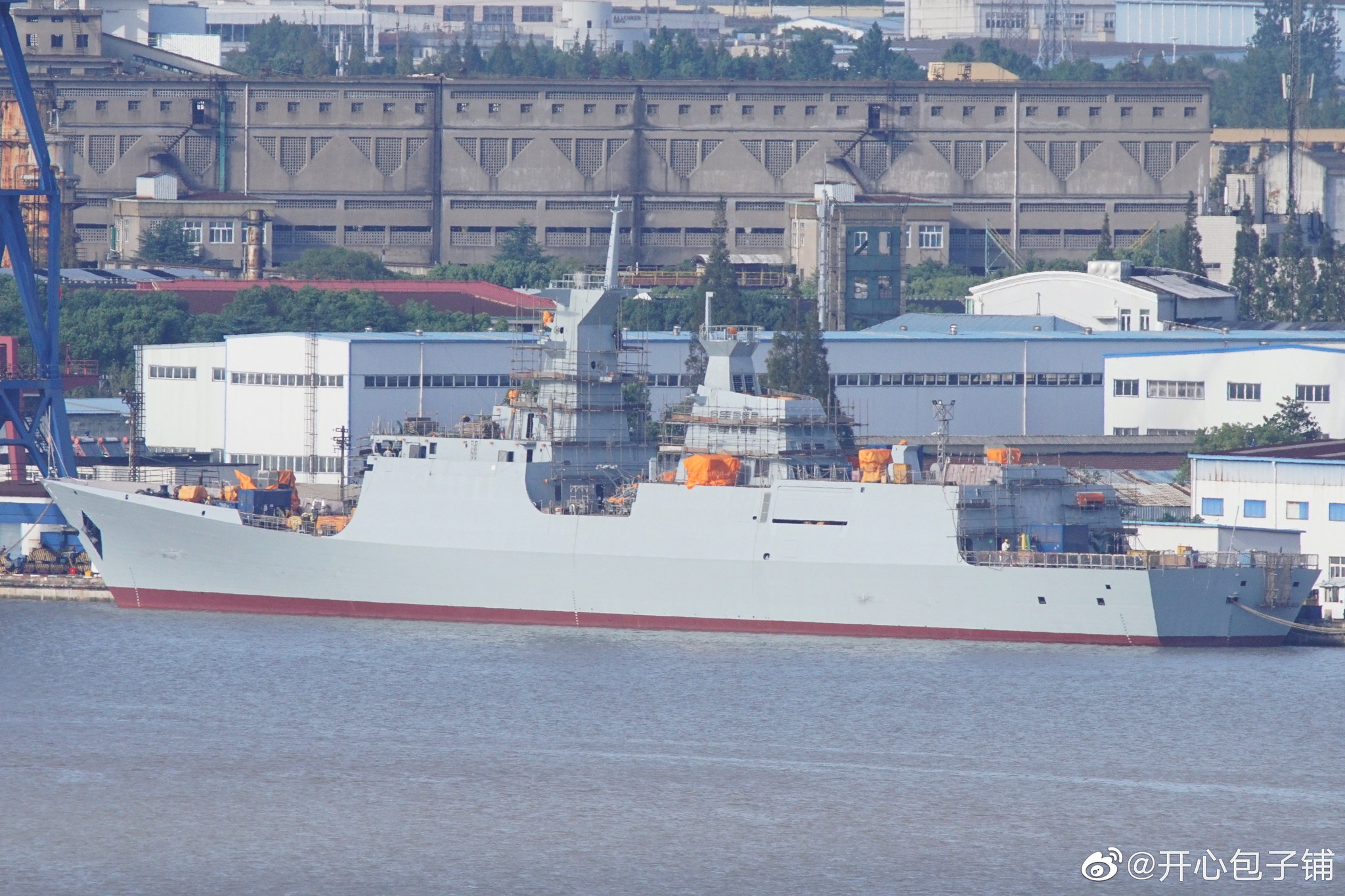 banjex said:
What did they change on the 529?
Click to expand...

After the overhaul, none at all.

But there were changes to the ship before the overhaul was made. The first is a skirt, or an set of arrays underneath the Type 382 search radar. I am not sure what it is, I got some suspects. The second is a much more common retrofit that's being added and spreading to the fleet, and that is a flat panel SATCOM (datalink?) placed on top of hanger that uses a small phase array. Some 054A has two of these on each side on top of the hanger, but with 529, one was placed on the center spine on top of the hanger.
You must log in or register to reply here.