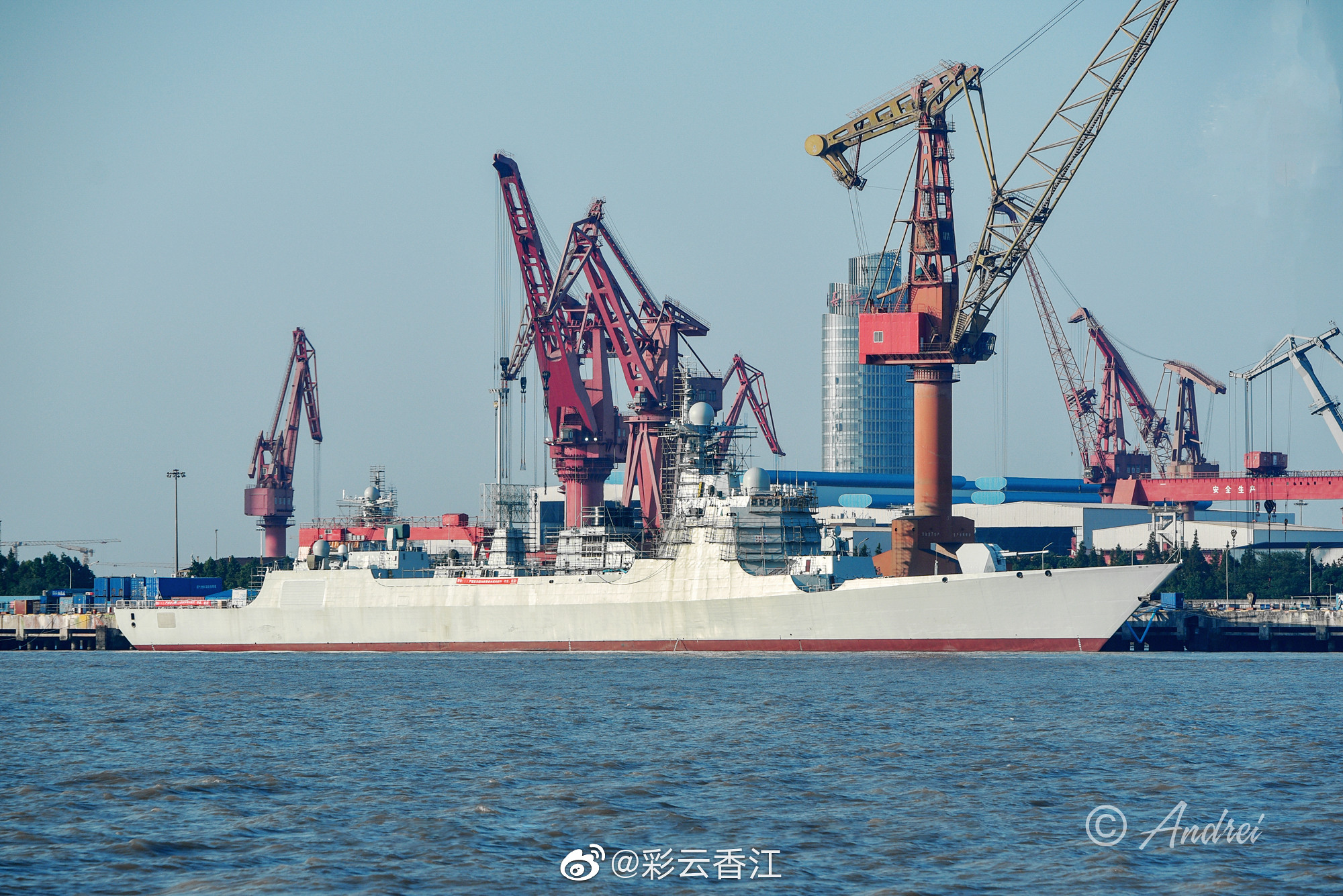 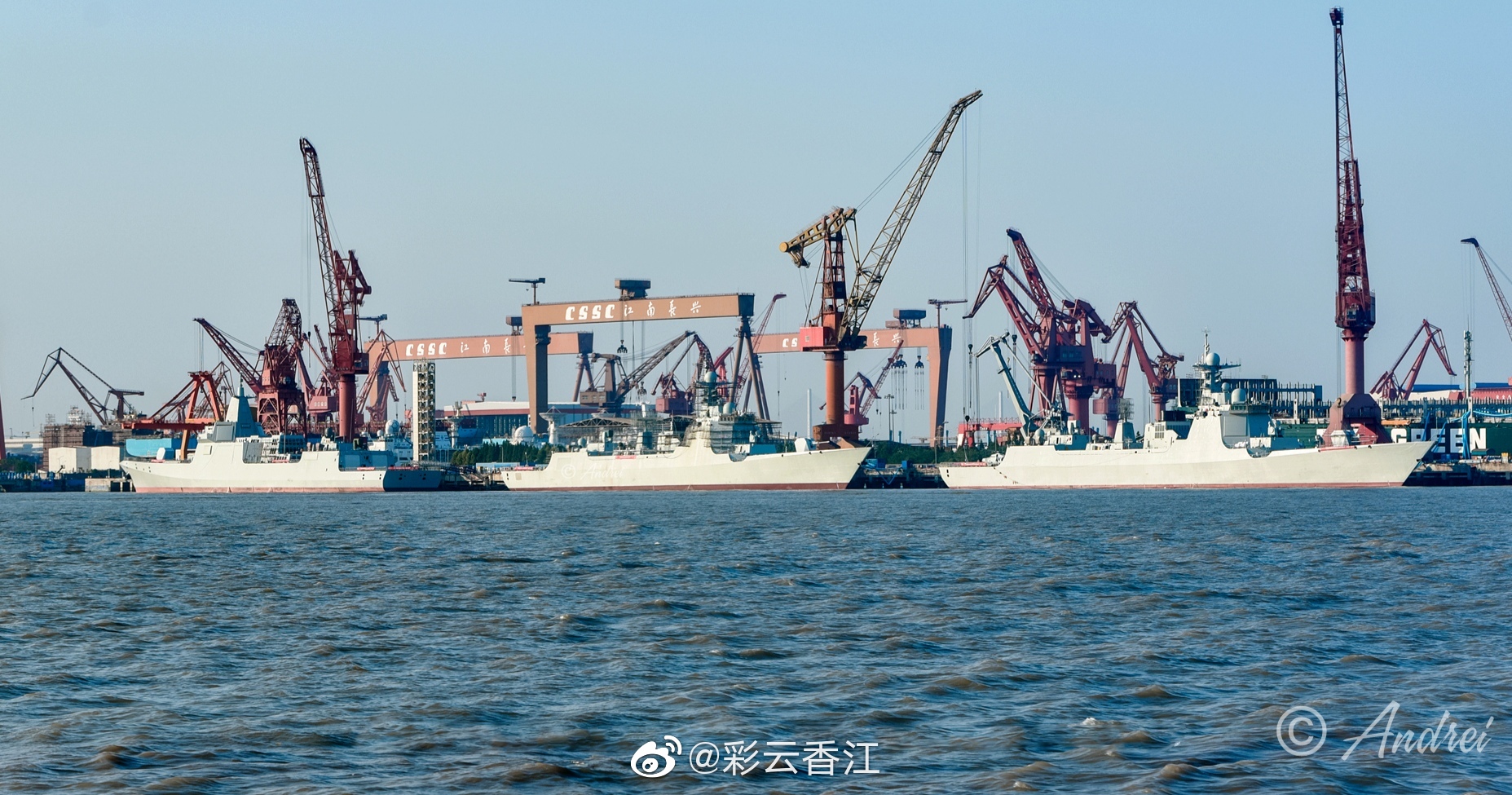 gelgoog said:
Well the Type 052D has like half the gas turbine engines of the 055 but more than half the VLS cells.
The main disadvantage is the amount of crew per ship but manpower is not exactly an issue China has.
Click to expand...

I still don't understand what this statement means. Could you break it down? If it helps, you may assume the gas turbines are the most expensive components of the ships.
T

by78 said:
I still don't understand what this statement means. Could you break it down? If it helps, you may assume the gas turbines are the most expensive components of the ships.
Click to expand...

It may not be the most expensive but I may wonder how many China can produce how many of these particular turbines in a year given the quotas and rations they have for domestic gas turbines with the air force. On the other hand, as years pass, gas turbine production may have also scaled upwards.

The sensors however, might be the most expensive with each face having many thousands of elements. Given a certain physical wavelength which will fix the size and spacing of each element, the number of elements would be proportional to the size of the array. The Type 055's main arrays are visually bigger than the 052D, but not by much while the number of VLS is nearly double. Given that the Type 346X arrays are for servicing the SAMs and not for the ASMs, you can assume a standard layout of 16 ASMs for each destroyer, which leaves 48 HQ-9 SAMs for the 052D and 96 HQ-9s for the 055, so its practically double when it comes to the SAMs. So the bang for the buck here favors the 055.

by78 said:
I still don't understand what this statement means. Could you break it down? If it helps, you may assume the gas turbines are the most expensive components of the ships.
Click to expand...

Well, the most expensive components are probably the weapons themselves and the electronics like the radar. But I would not be surprised if propulsion would be like 20% of the total cost of the ship. There are also two other problems. Production capacity and maintenance costs. The more engines you have the more parts you need to manufacture and maintain.

I suspect the engines are one of the most time consuming components to manufacture in the whole ship. The radars and electronics might be more expensive but I suspect each component in that is more easy to mass produce and that costs will scale down faster with increased production compared with the turbines given what I know about the semiconductor industry. For example they can integrate the components more or switch to larger area silicon wafers and decrease the amount of components in the radar like that. I doubt they are presently using 12" aka 300mm wafers even.

The US Burke class destroyers also have four gas turbine engines like the Type 055. But there is a reason why the US Navy is pushing for frigates now. The limited amount of large destroyers they have aren't enough to patrol the oceans and train sailors properly. Hence the recent disasters with Burke class destroyers. For the missions they do I think the Burke class is kind of oversized and not cost effective to be honest. The Type 055 makes sense as a command ship or as part of a carrier group to provide air defense but I think it is overkill for long range patrols. The Type 052DL is likely much more cost effective. 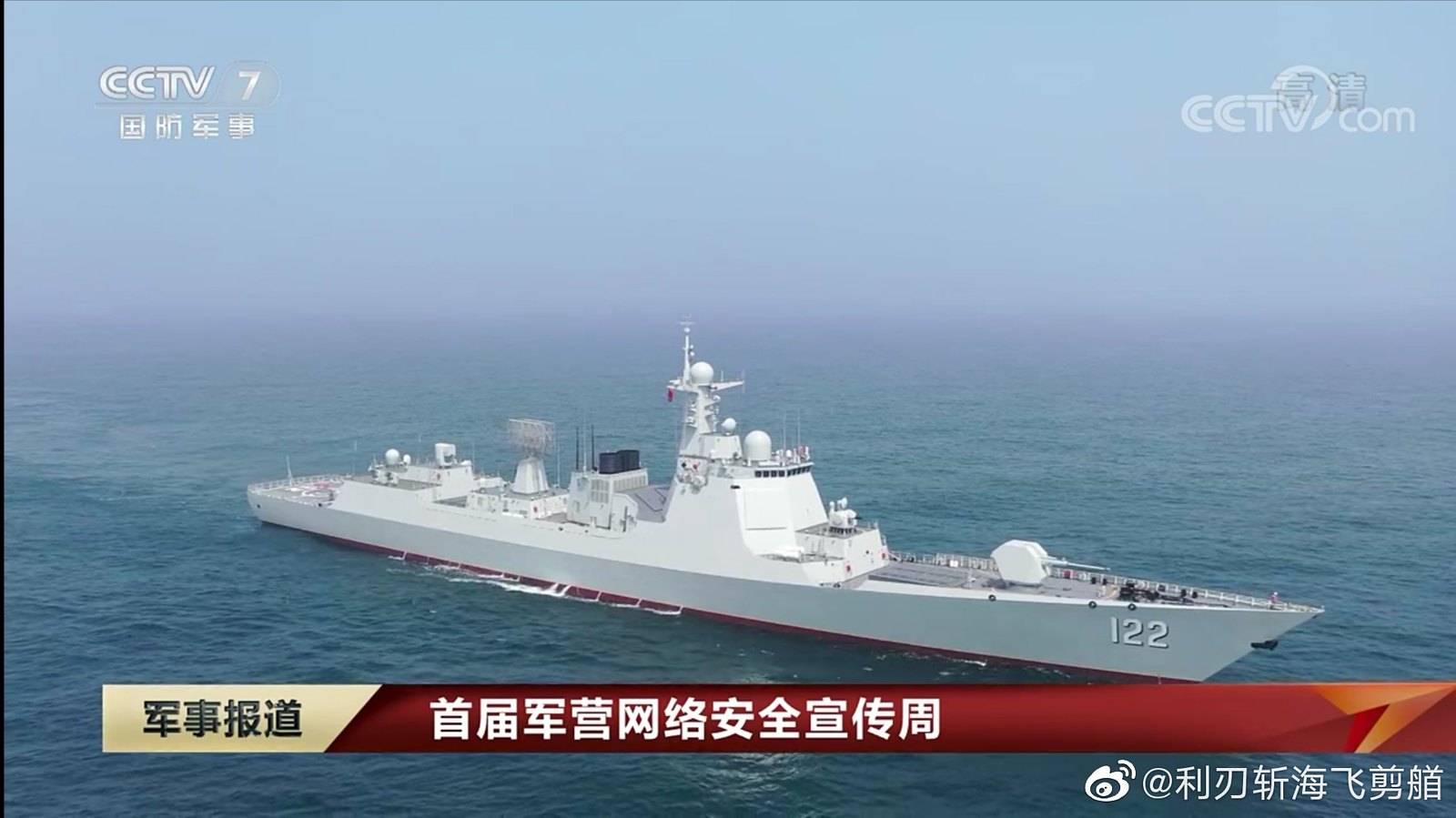 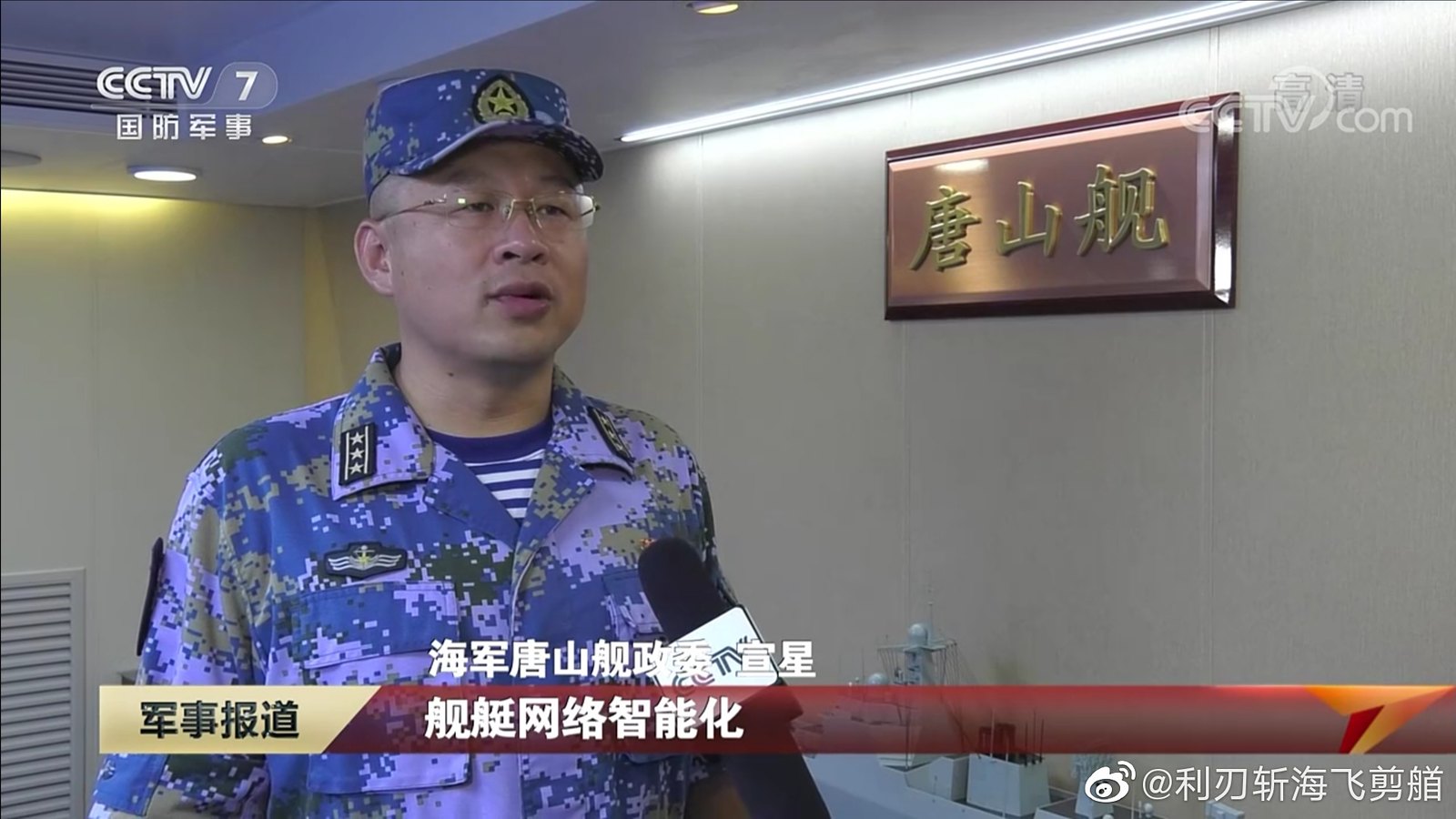 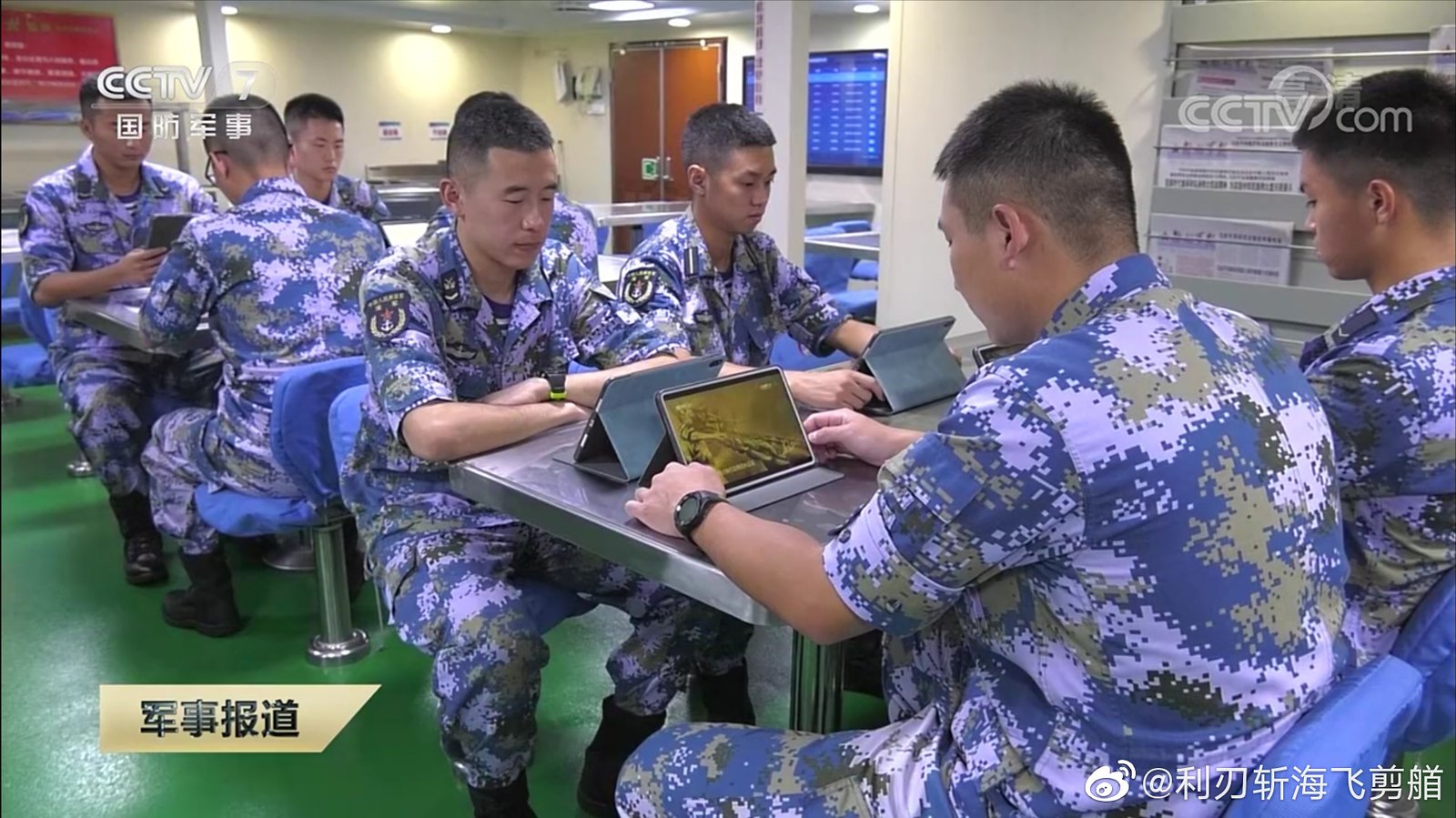 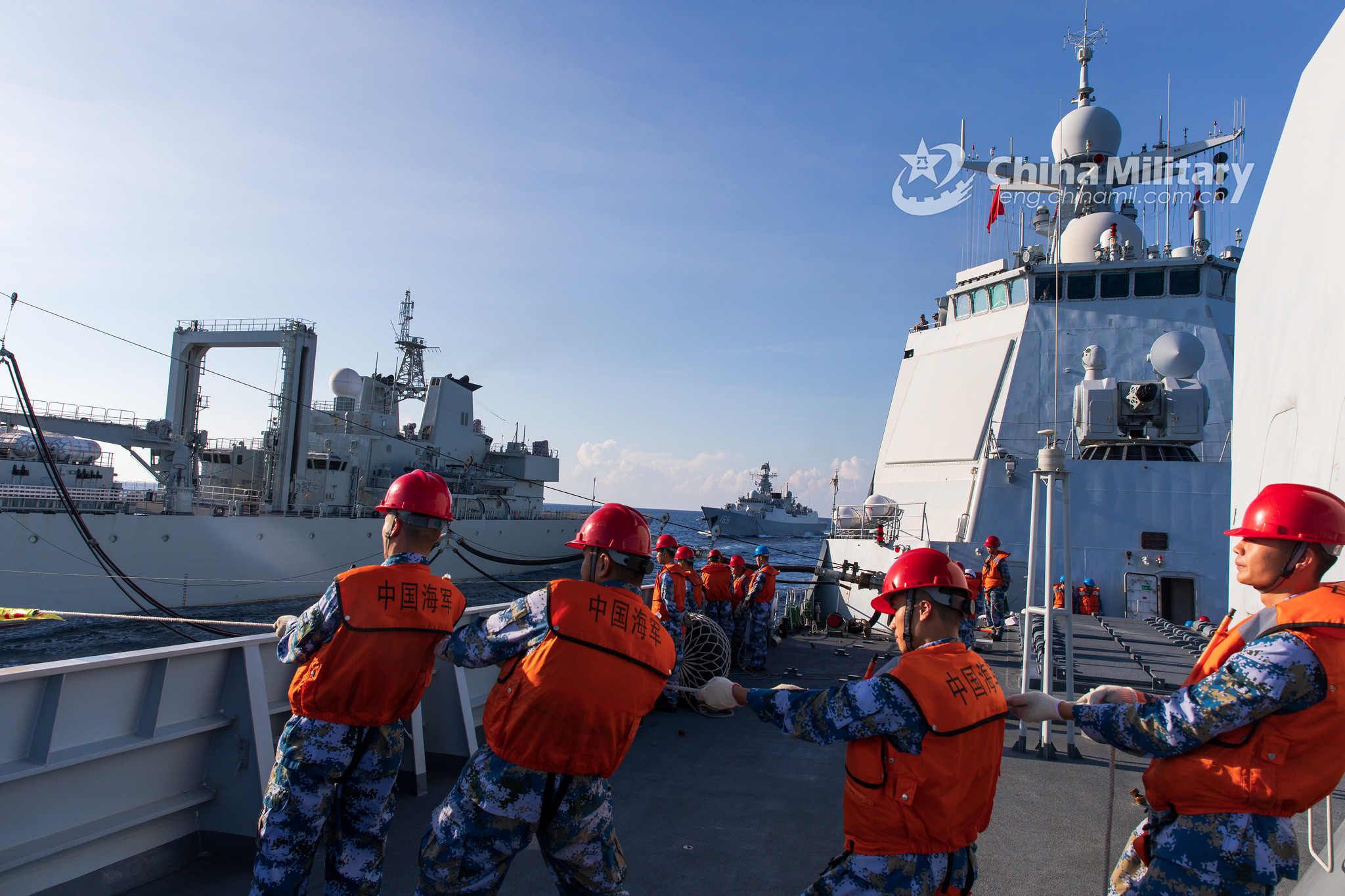 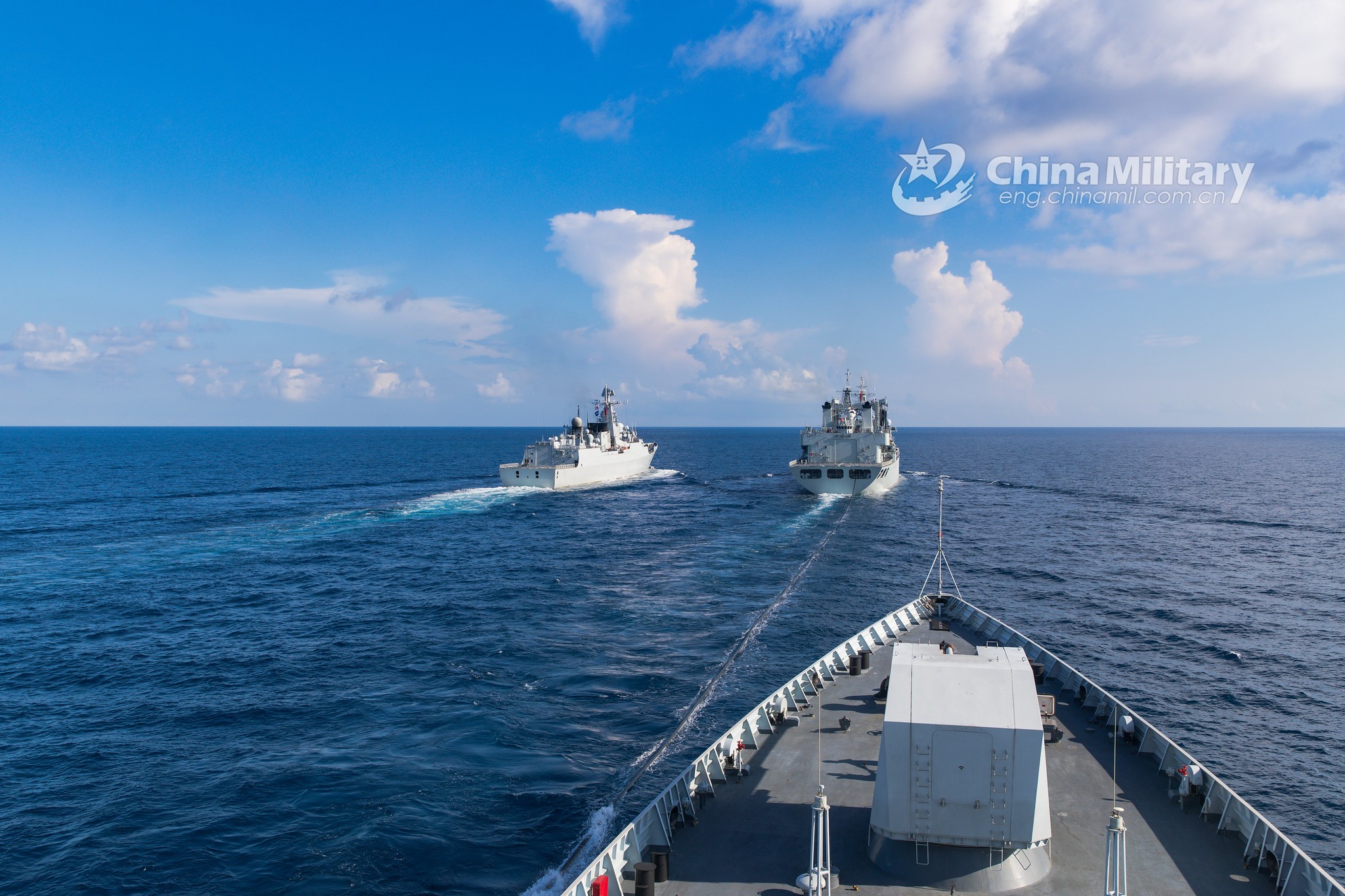 Would have been neater if 167 Shenzhen exercised with them. 168 Guangzhou is in the state of refit.
J

Well even the improved 052D has been commissioned, but no words on the commissioning of the 2nd-4th 055s. 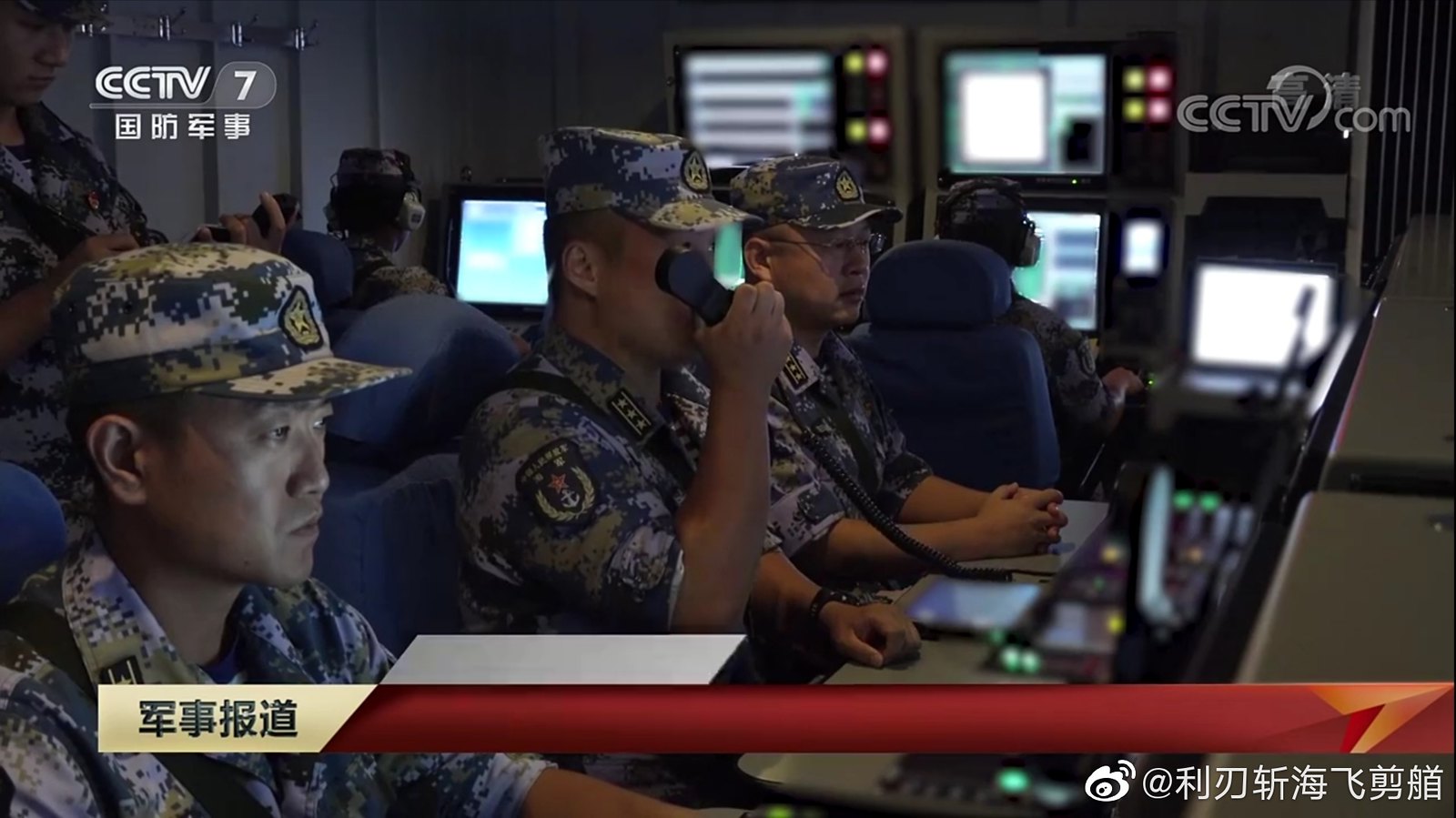 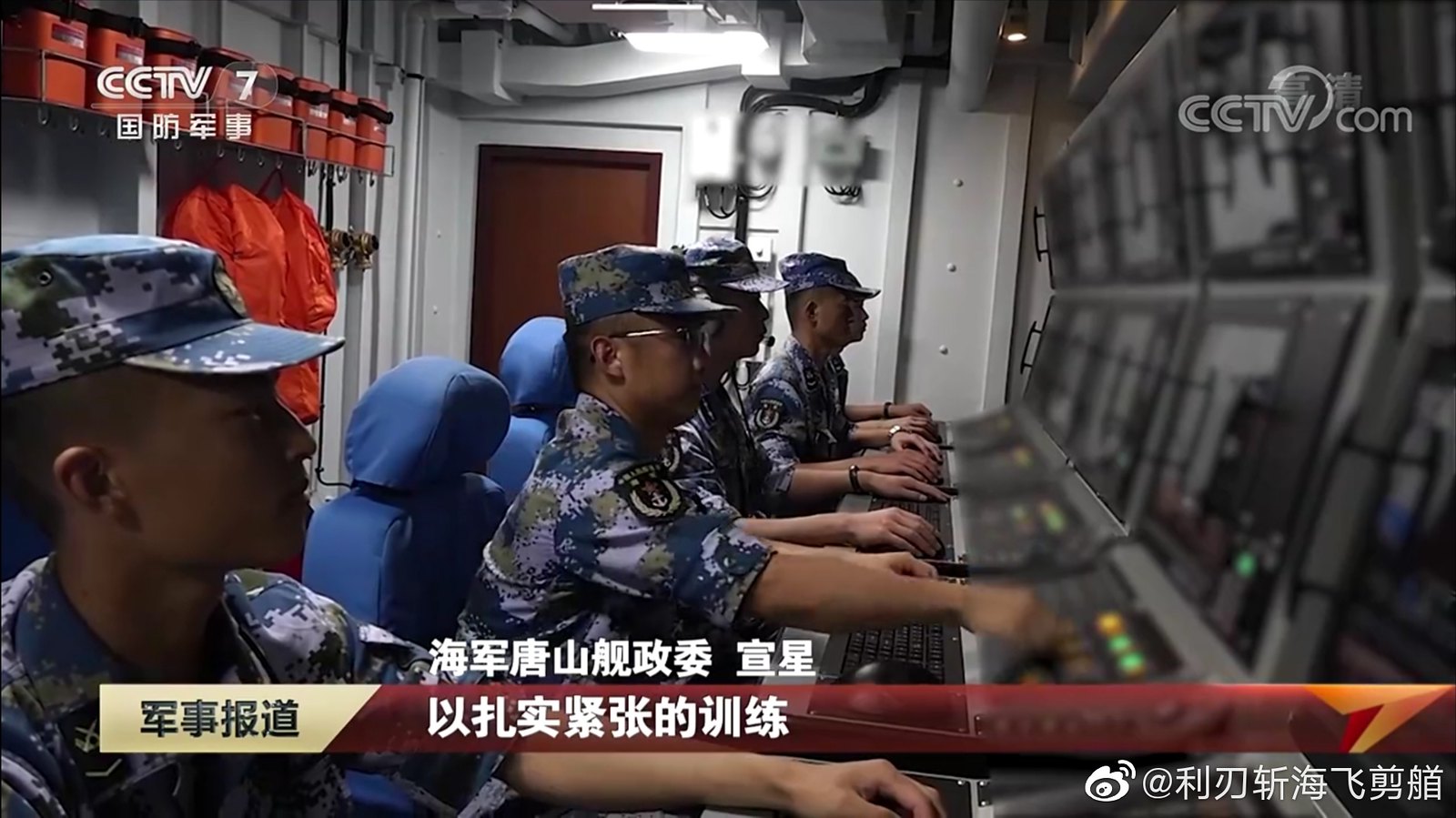 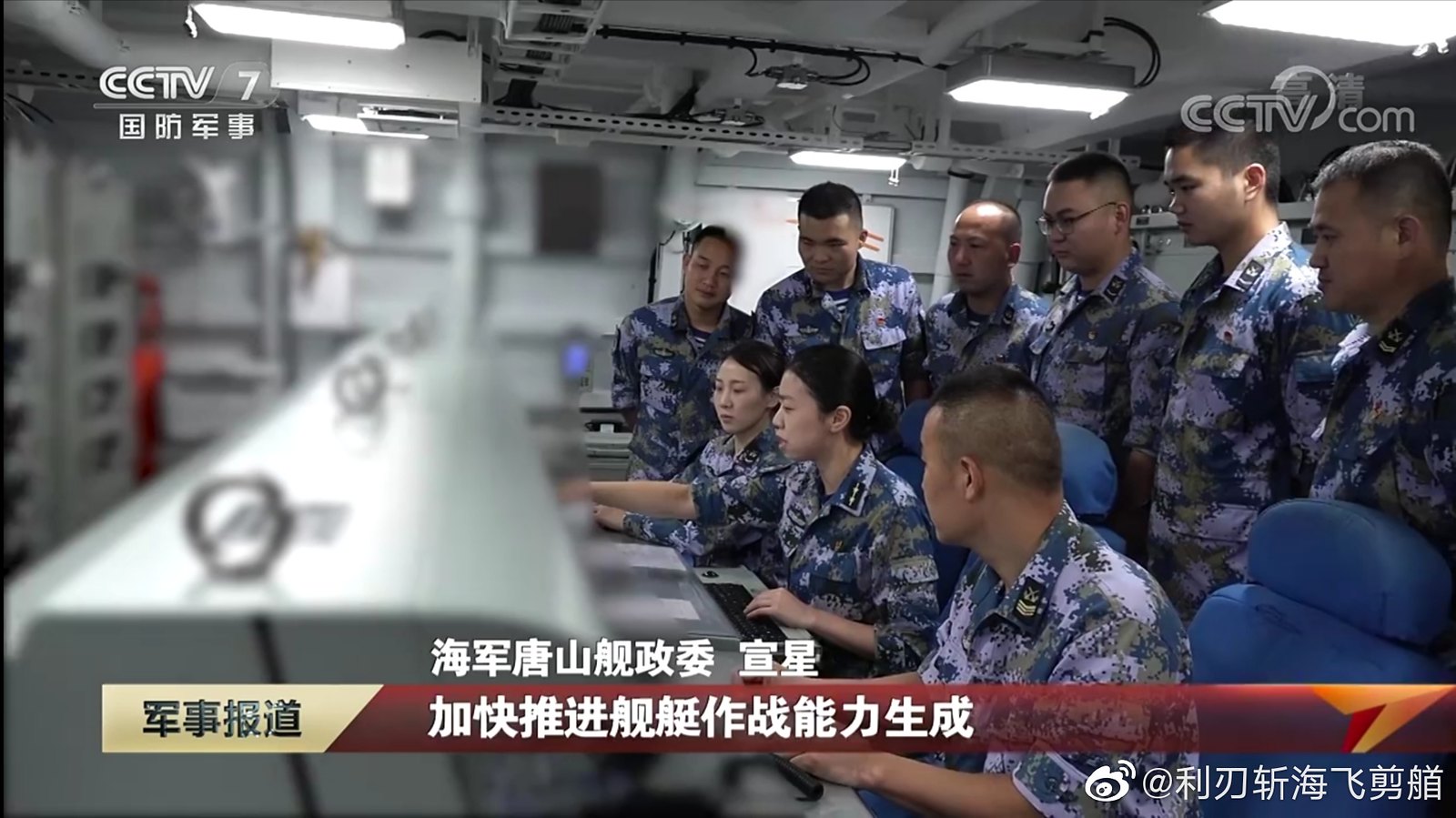 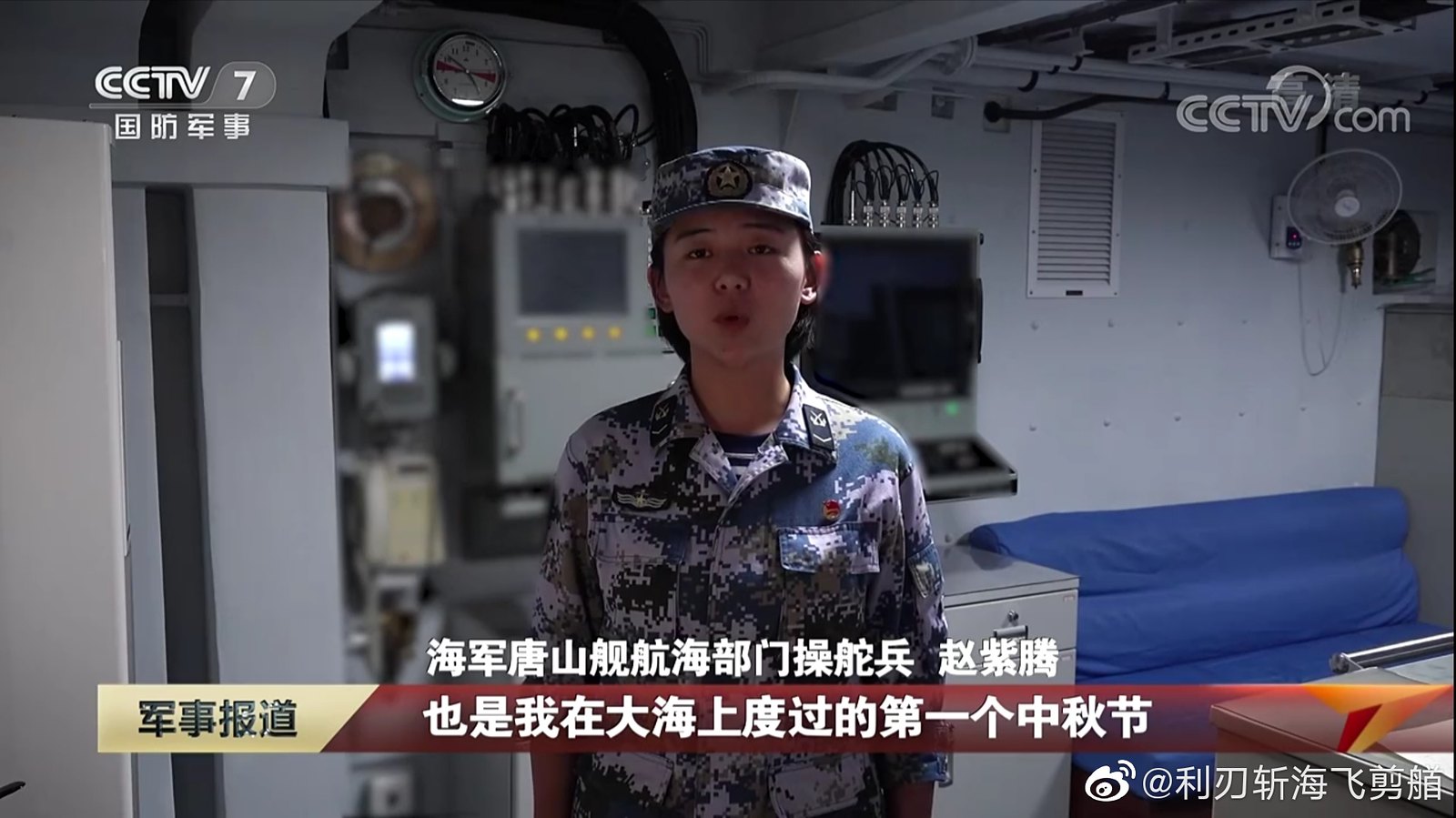 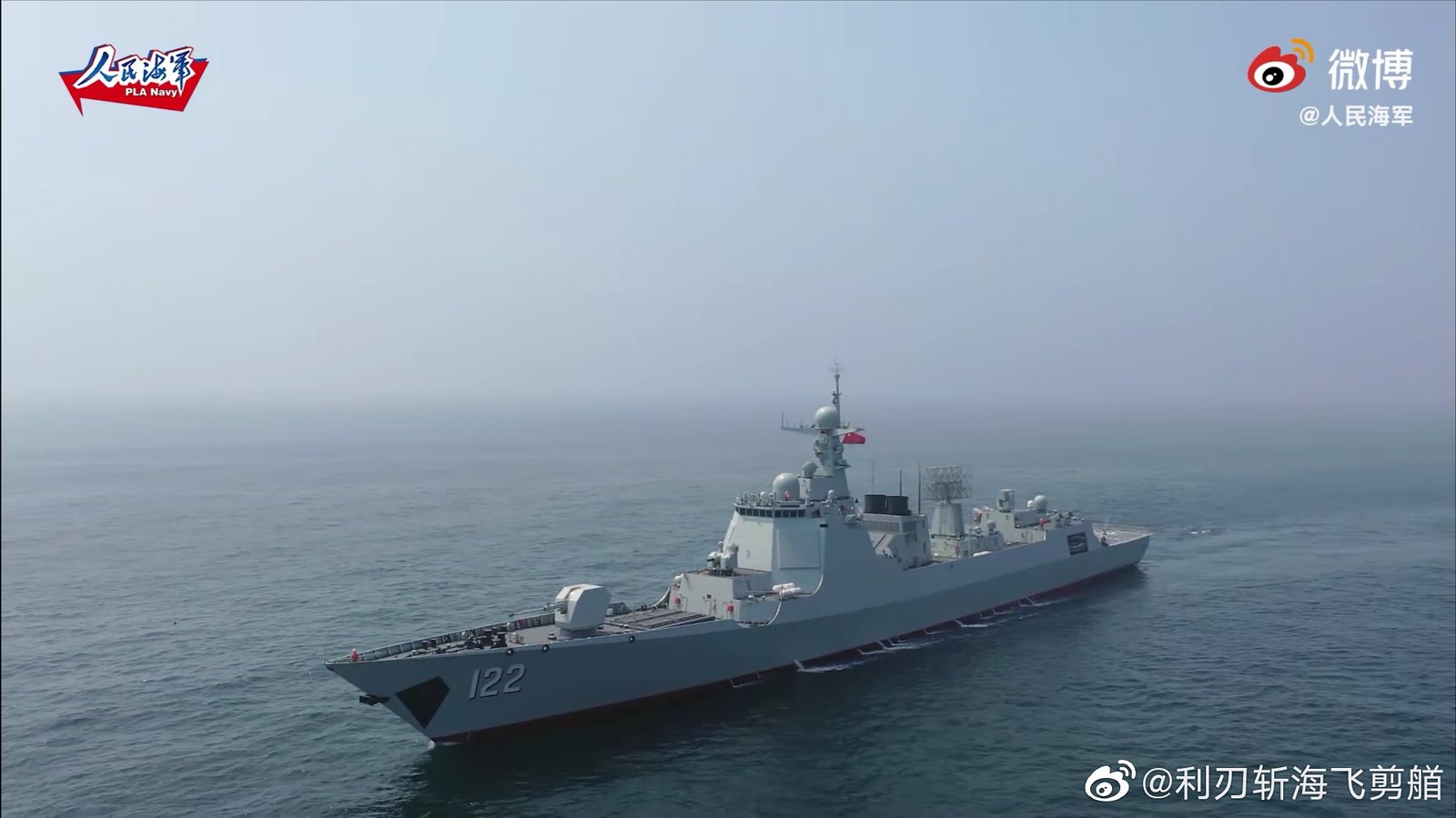 Registered Member
The doors seen in the background In the photos above certainly suggest these were not taken onboard any actual warship.
You must log in or register to reply here.