kriss said:
I guess it wouldn't be either. The energy loss for a direction adjust would be minimal. Just my OCD kicks in .
Click to expand...

The missile only has a subsonic midphase flight, probably using a small turbofan if you're going to have a long range. Turbofans require only a lower air speed for the engine to ignite and kick in. This is unlike a turbojet that requires a higher airspeed to ignite or a ramjet that requires an even higher speed.
T

Registered Member
Is there a laser warning device on the 052D? Or is this a new development.

A Chinese destroyer lased a U.S. Navy P-8A Poseidon maritime patrol aircraft that was operating over international waters about 380 miles west of Guam, the U.S. Pacific Fleet said in a statement.

The laser could not be seen by a human eye but was captured by sensors on the airplane, which is a variant of the Boeing 737 that has been upgraded with sensors and systems to support tracking surface and undersea targets.

The incident, which PACFLT called “unsafe and unprofessional,” took place on Feb. 17 and was just announced by the Navy.

Weapons-grade lasers could potentially cause serious harm to aircrew and mariners, as well as ship and aircraft systems, PACFLT noted in its statement.

The destroyer involved appears to be Hohhot, a Type 052D or Luyang III-class destroyer in the Chinese People’s Liberation Army Navy. This destroyer, pennant number 161, is among the newer Chinese destroyers and entered the fleet last year,
Please, Log in or Register to view URLs content!
.

The PACFLT statement says the lasing violates both bilateral and multilateral agreements between the U.S. Navy and PLAN, including a 2014 agreement that specifically notes that the use of lasers could cause harm to personnel or damage to equipment.
Click to expand... 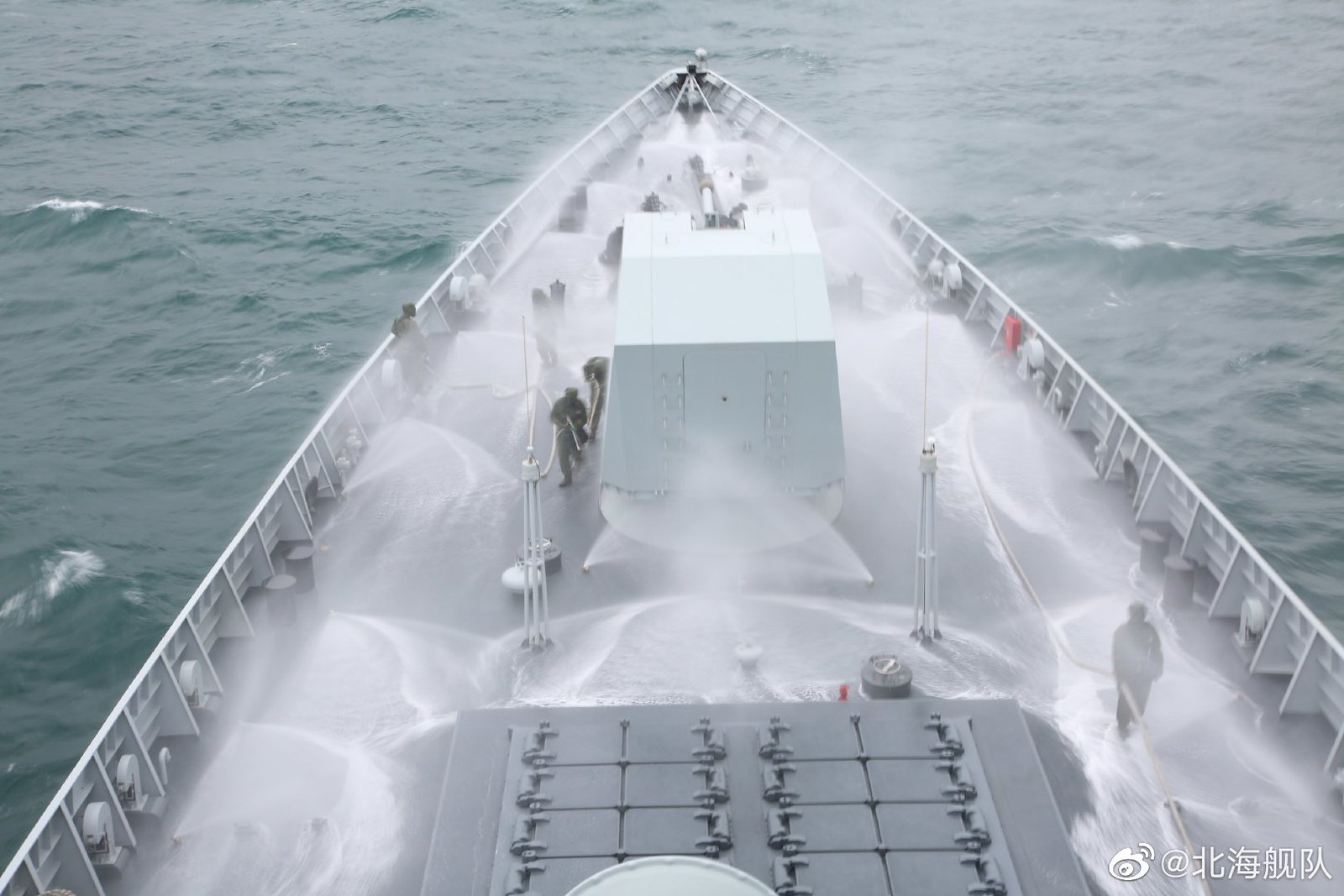 Registered Member
Are there any spotting of new modules for type 052d ships?
C

According to Google Translate