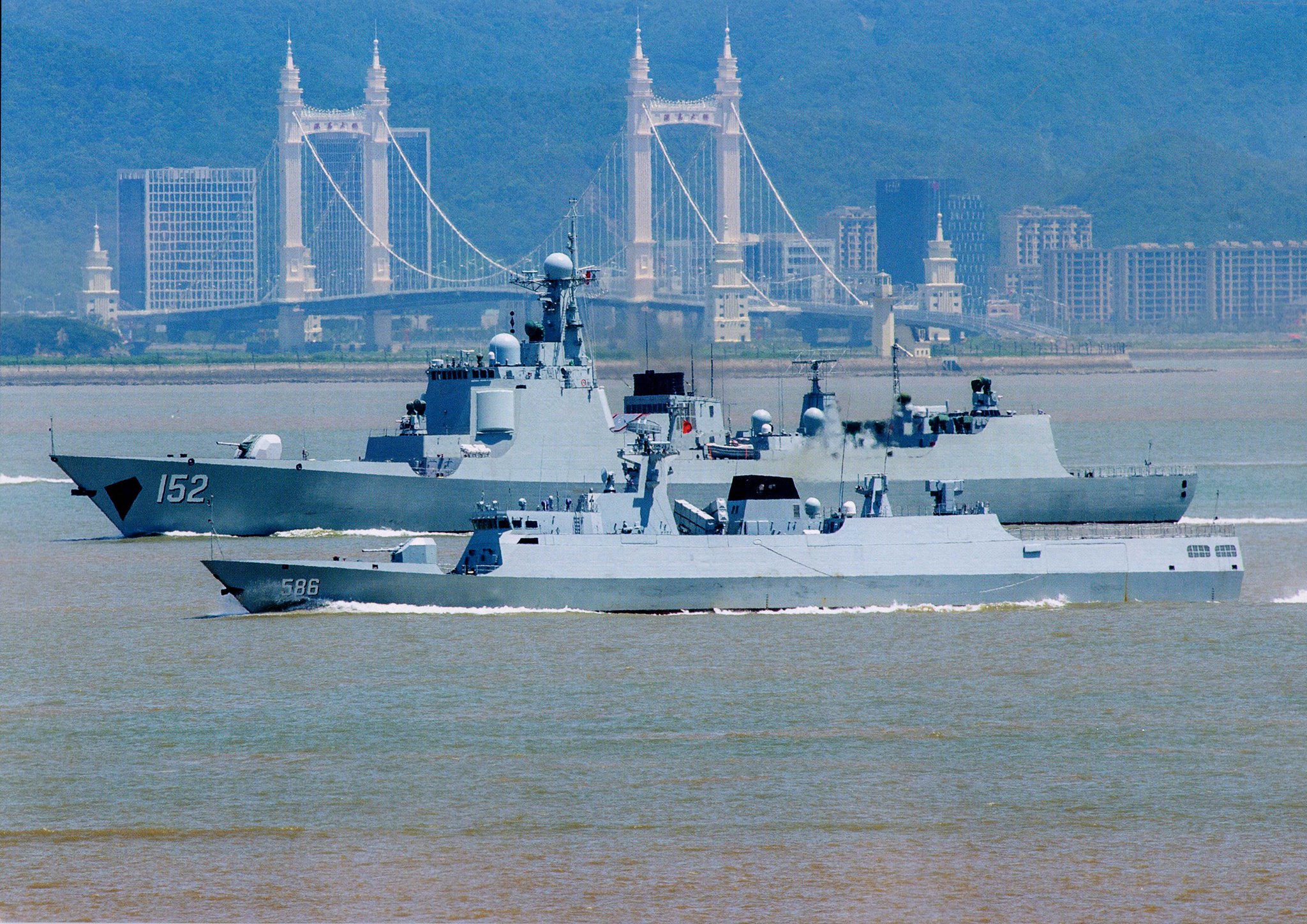 “So which of you was picking on my little brother?”
T

Registered Member
Both ships have missing thingies, 586 is missing her rotating antenna for her rear navigation radar. 153 is missing her entire set YJ-62 ASMs---maybe they're going to replace it with something else; her ESM units---maybe they will replace it with new ones; and her CIWS radars are all covered, which means they are either new, replaced or overhauled.
B

Registered Member
Are the total planned units increased above 26 for 052d class?
Or has there been any formal recognition of a follow on class?
Or will there be hiatus in production line?
Since 25th unit is already being assembled in drydock.

asif iqbal said:
I think the Type 052D will continue and even maybe Type 052E

Registered Member
I think we are seeing a gradual evolution and refinement of the 052D class. I think we may not see an integrated mast that may hold the four panel X-band AESA on top like what the Type 055 has, but the Type 364 radar on top of the 052D can be replaced by the "Type 383" dual faced AESA that debuted on the Type 075. This may appear on top of the extended "DL" evolution we are seeing.
A

Registered Member
I think the numbers of 055s need to catch up with 052s first before thinking about more 052s.
J

Bhurki said:
Are the total planned units increased above 26 for 052d class?
Or has there been any formal recognition of a follow on class?
Or will there be hiatus in production line?
Since 25th unit is already being assembled in drydock.
Click to expand...

052DL and 055 will be the 1st tier force, with both accommodates larger ASW helicopters like Z-18 or Z-20. I think they should be group together to form what I would call an ocean cruising force (远洋舰队). These ships will either form task forces with 075 and 071, in a similar way as the USN Expeditionary Strike Group (ESG). Or they could form CSG's with the catapult equipped carriers.

In the long run, I think it depends on how 052 series will develop.

If the PLAN decide to go the division-of-labor route between air-defense and ASW. I think the current 052DL is good enough, along side an ASW frigate/destroyer that has better propulsion system than the 054's with 2 hangers accommodating ASW Z-18/Z-20.

The 052E route will result in larger ships, less in number, and more expensive per-unit cost. The division-of-labor route will result in smaller ships, more in number, less expensive per-unit-cost. Frankly speaking, I think the 052E route is better. But the division-of-labor route is more suitable to what the PLAN already operates.
J

Registered Member
On a second thought, I think it would also be great if the 052 series now evolve into a 052E/F dual. Both would have the same basic structure with IEP and accommodates large ASW helicopters like Z-18/Z-20. One with 64 (or 80) VLS and one hanger, the other with 48 VLS and two hangers.
You must log in or register to reply here.