by78 said:
Xi'an in Russia... All images are high-resolution. 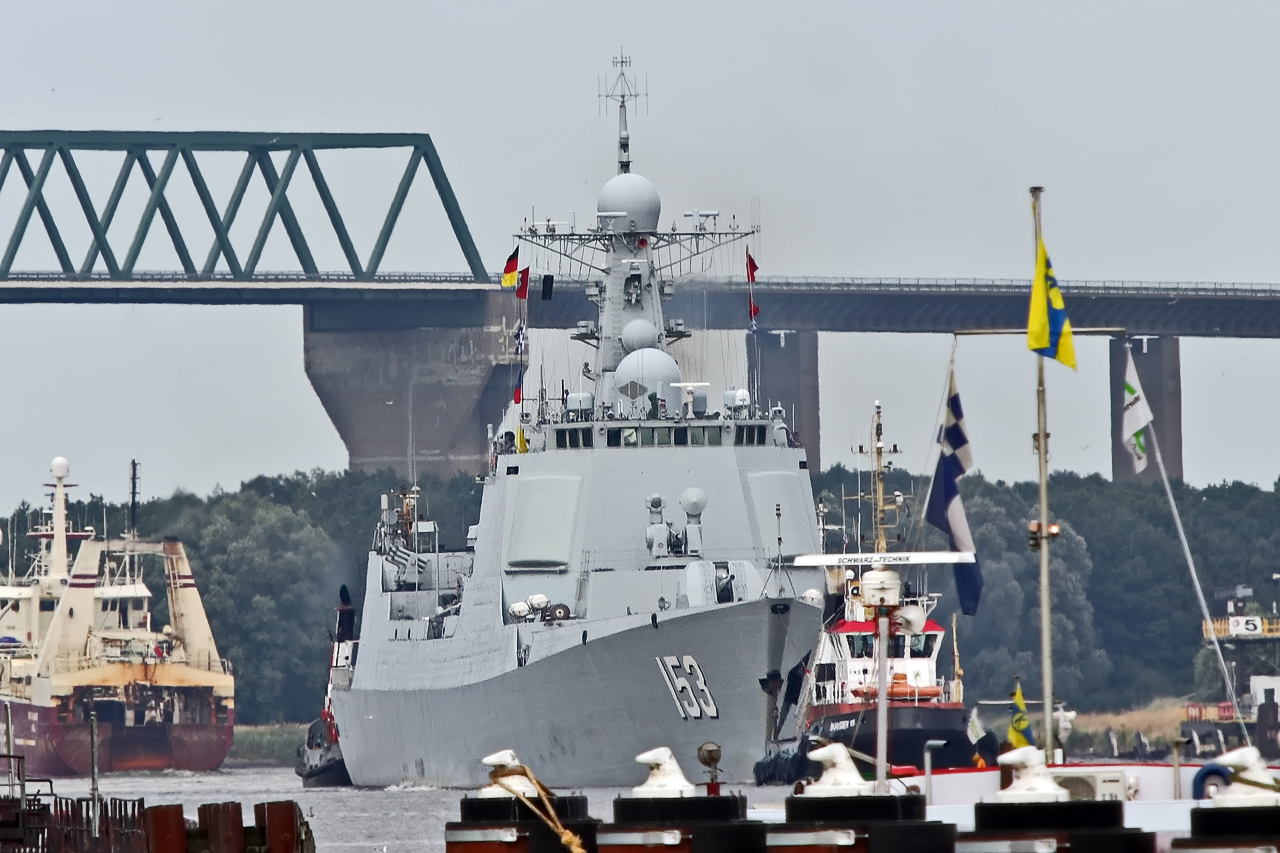 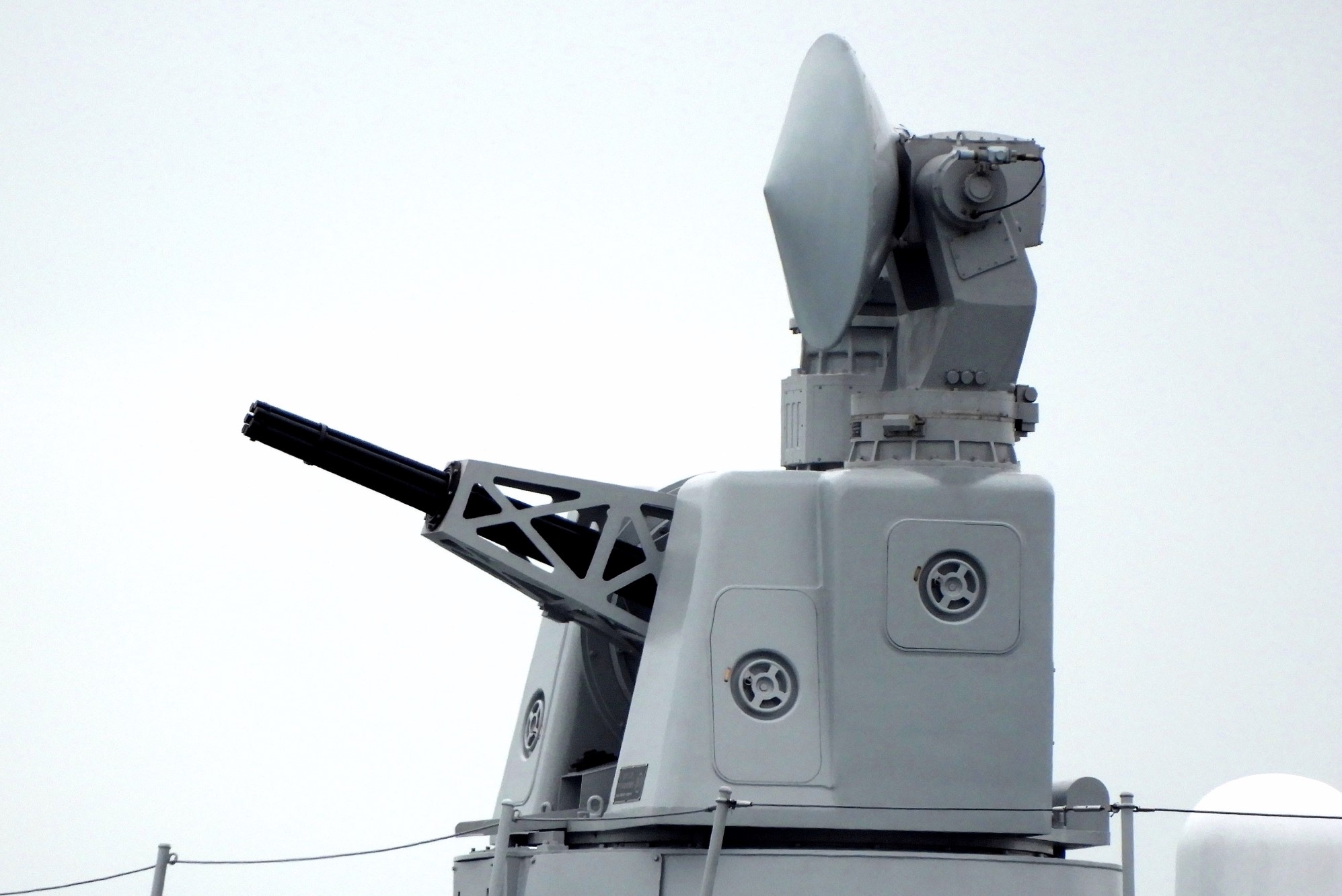 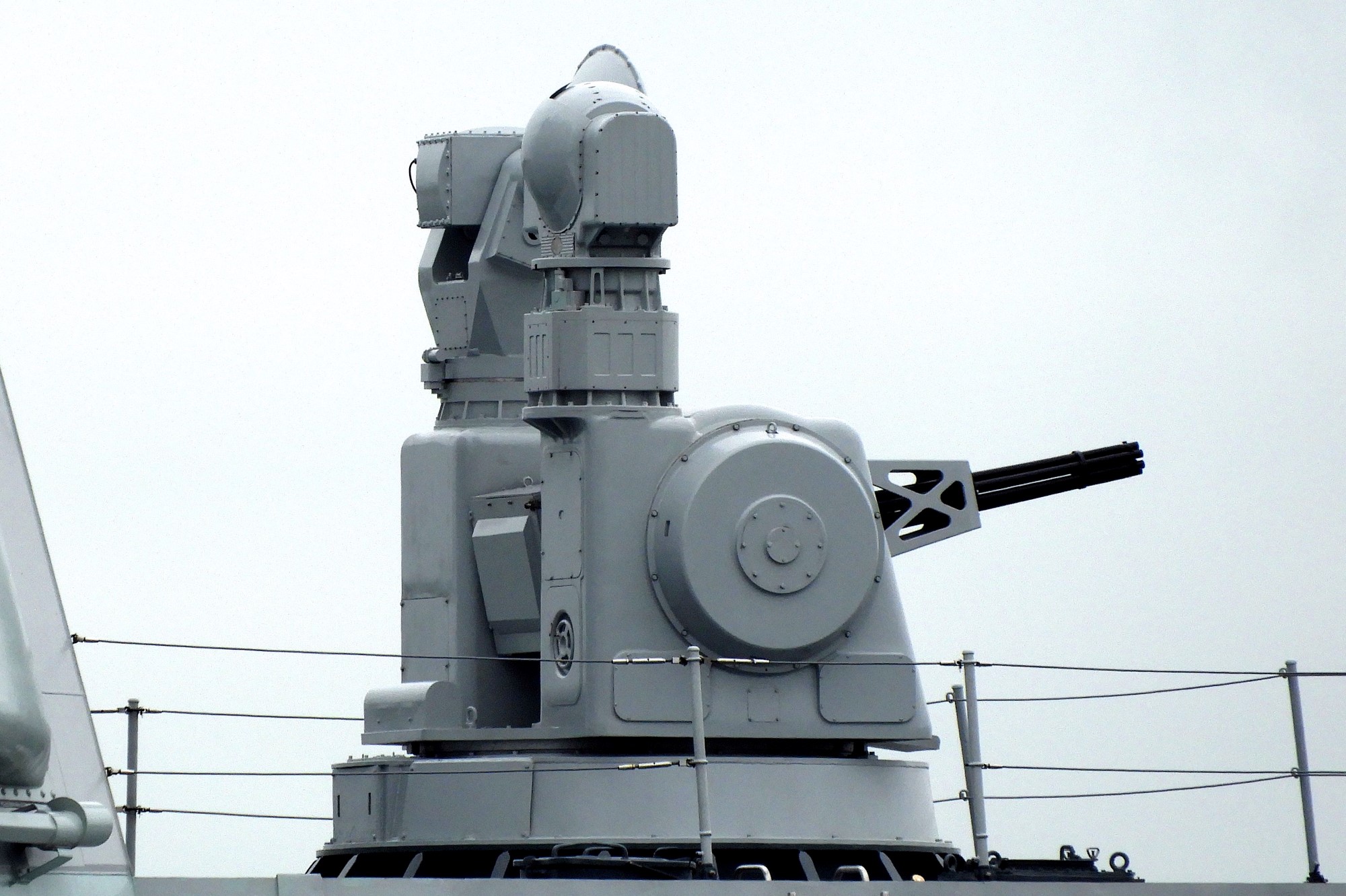 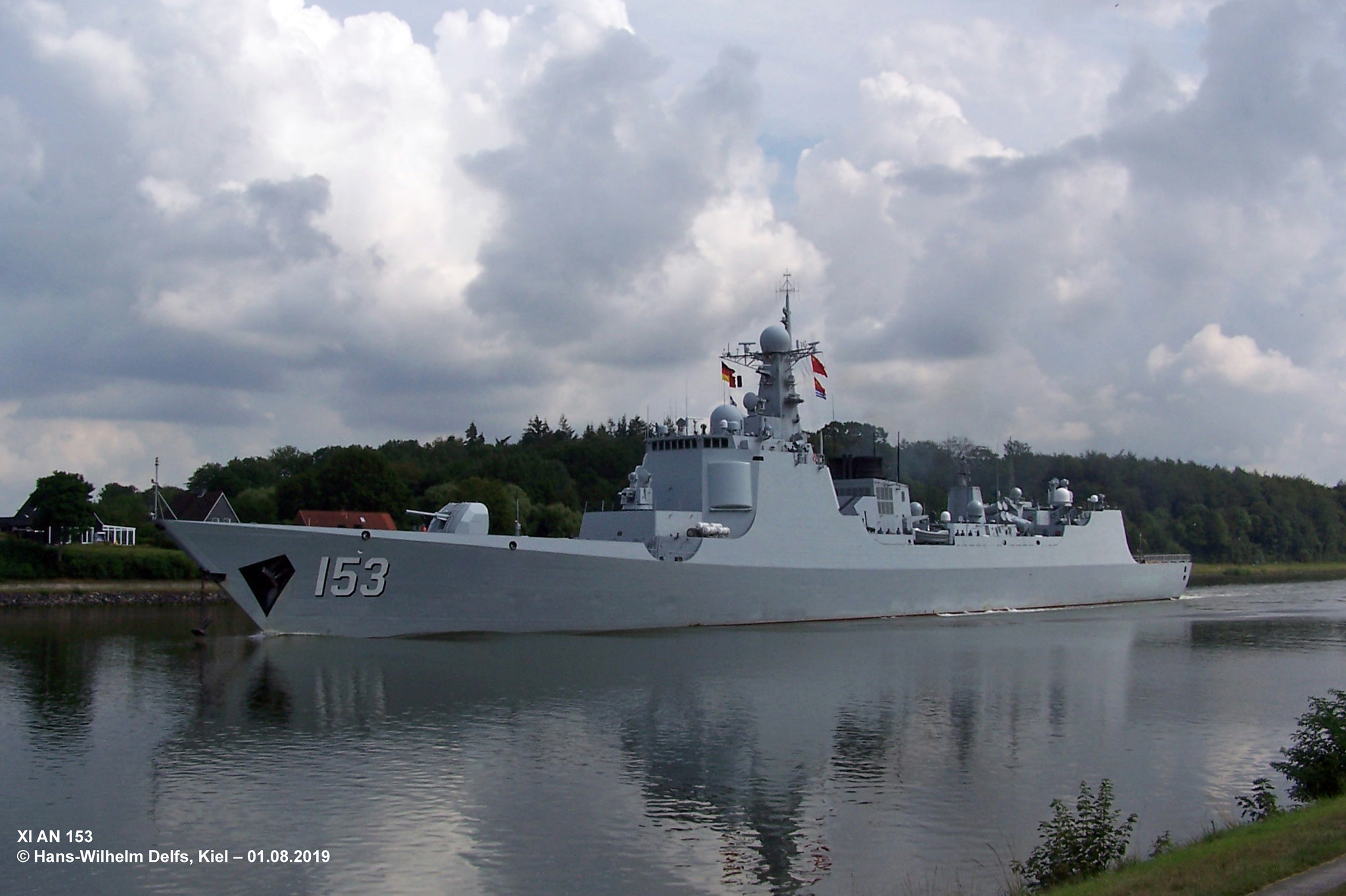 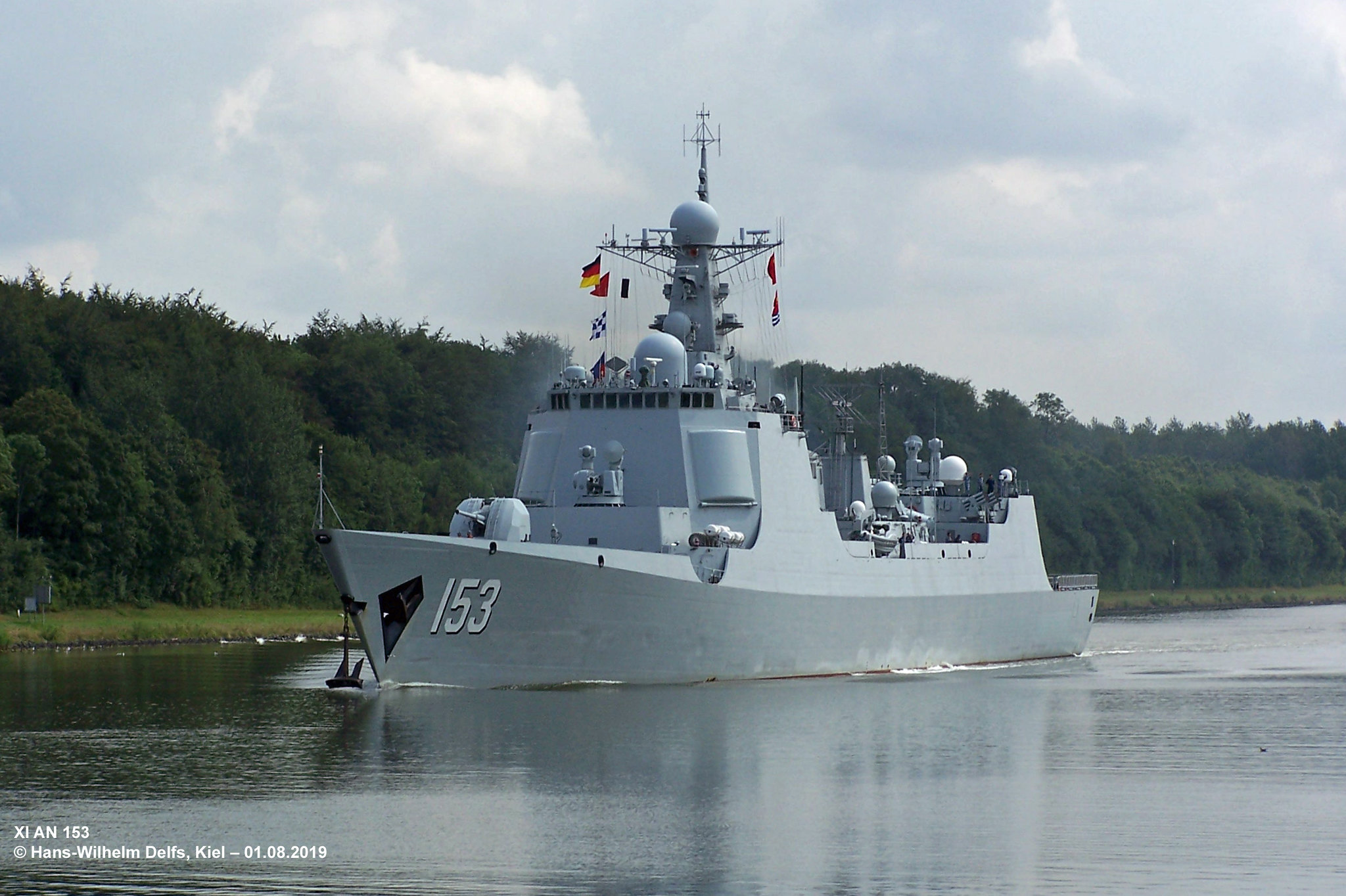 To be fair. Thats in the Kielercanal near Kiel in Germany.
T

Meanwhile back in a base at the North, this is DDG 131 with DDG 136, a bunch of 054A and a Type 056A. If you remember, DDG 136 Hangzhou is the Sov that got the major MLU threatment --- stripped completely of her Russian stuff, and replaced with Chinese missiles and radar systems. The fact she's back in her home base means she's back in service after a long slow moving, troublesome refit. Her sister, 137 Fuzhou, should be in a state of being stripped for her refit. '

This is a contrast of the new vs. the old with the face lift. Posted by LKJ86 at the PDF.

New pictures from the Dalian shipyard.

055 and 052D forward superstructures in the background of the shipyard pictures. 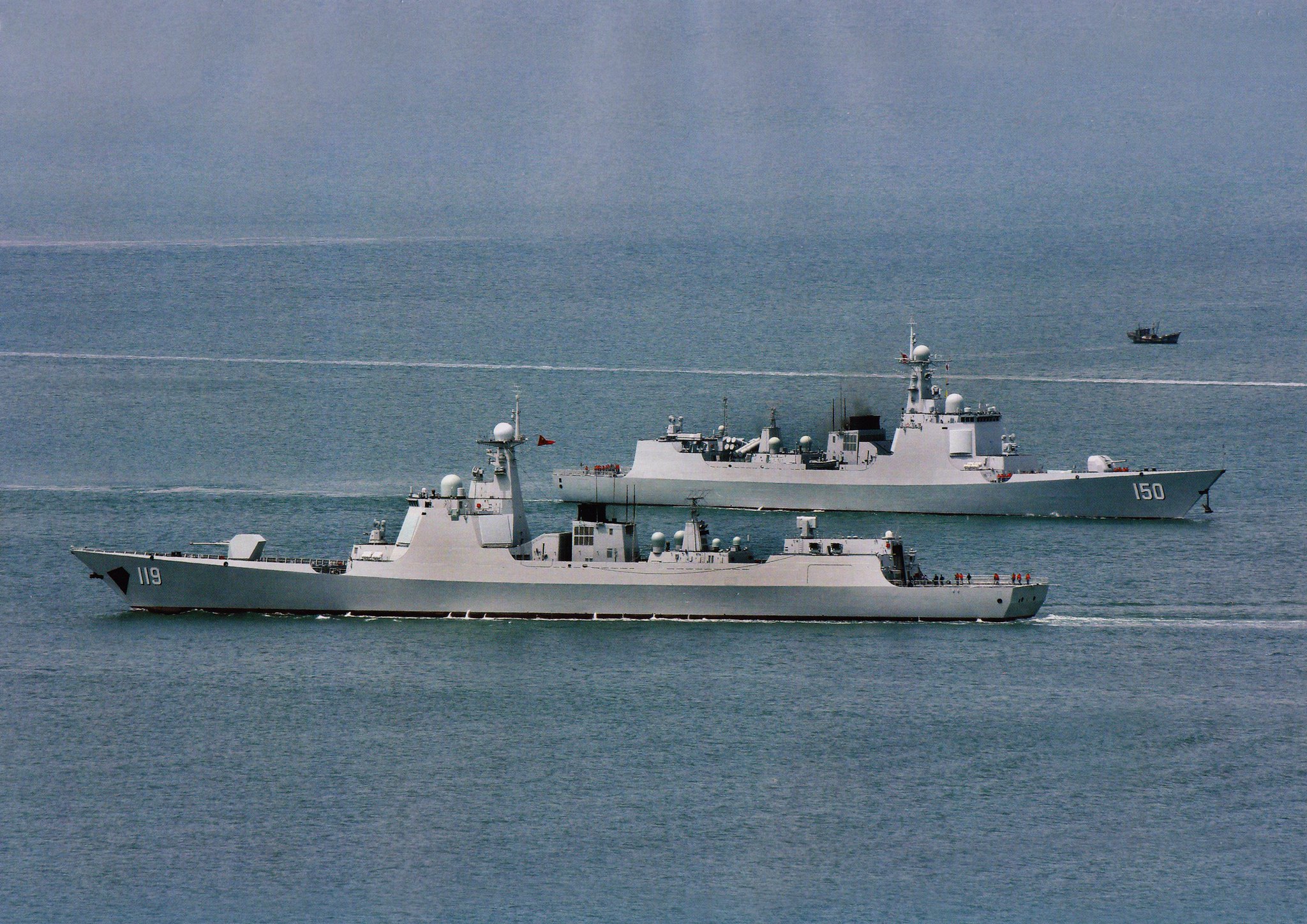 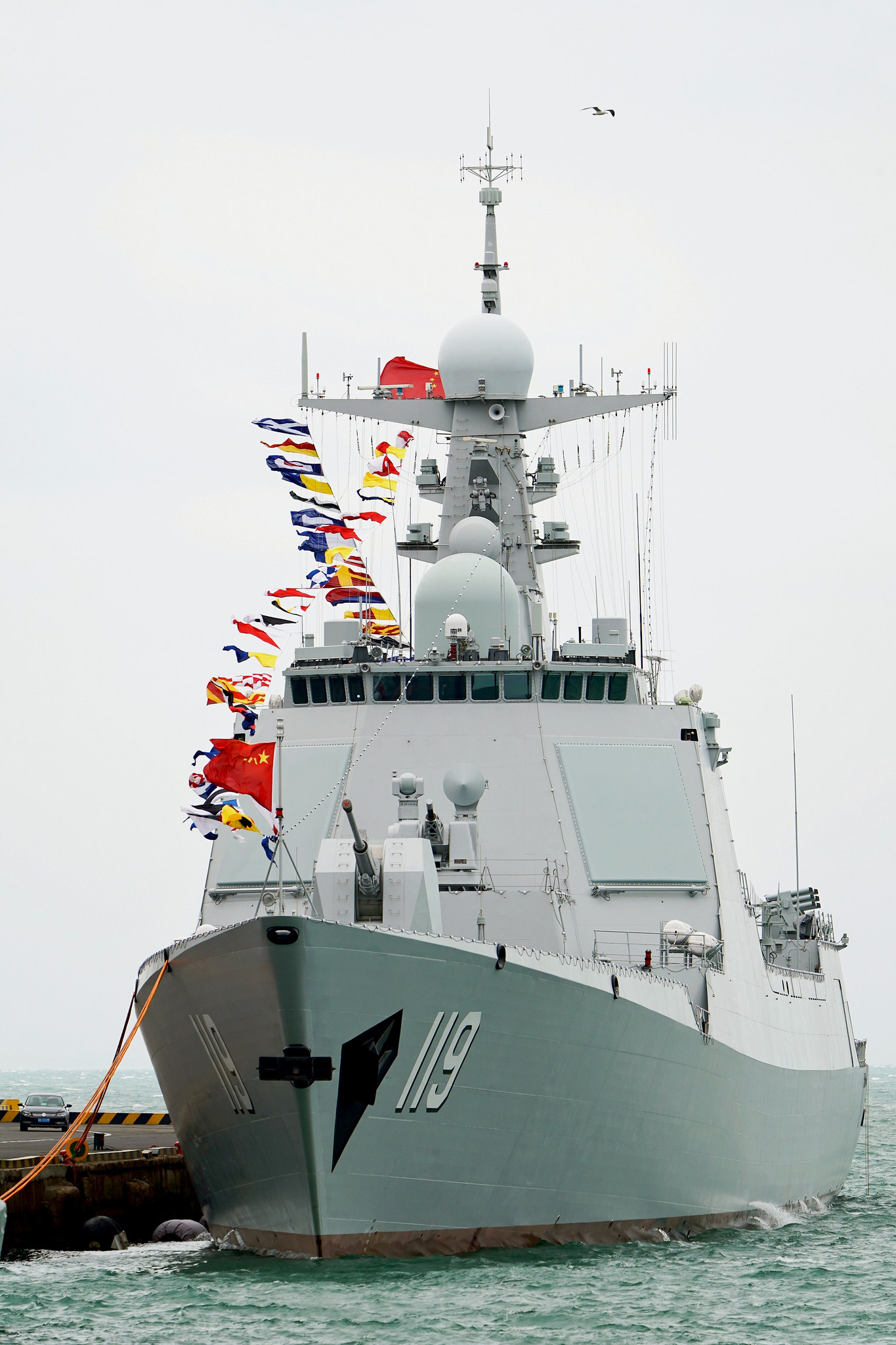 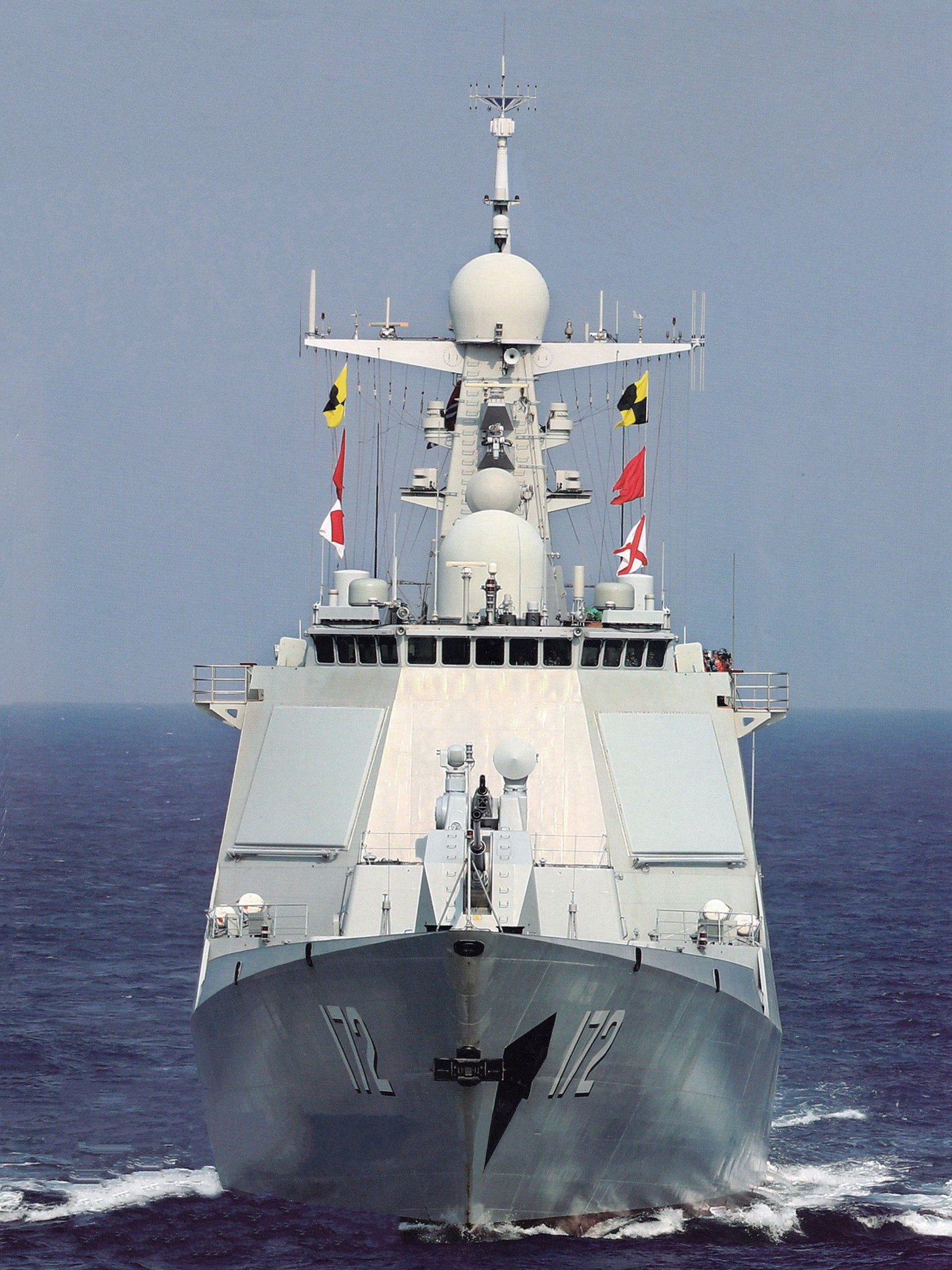 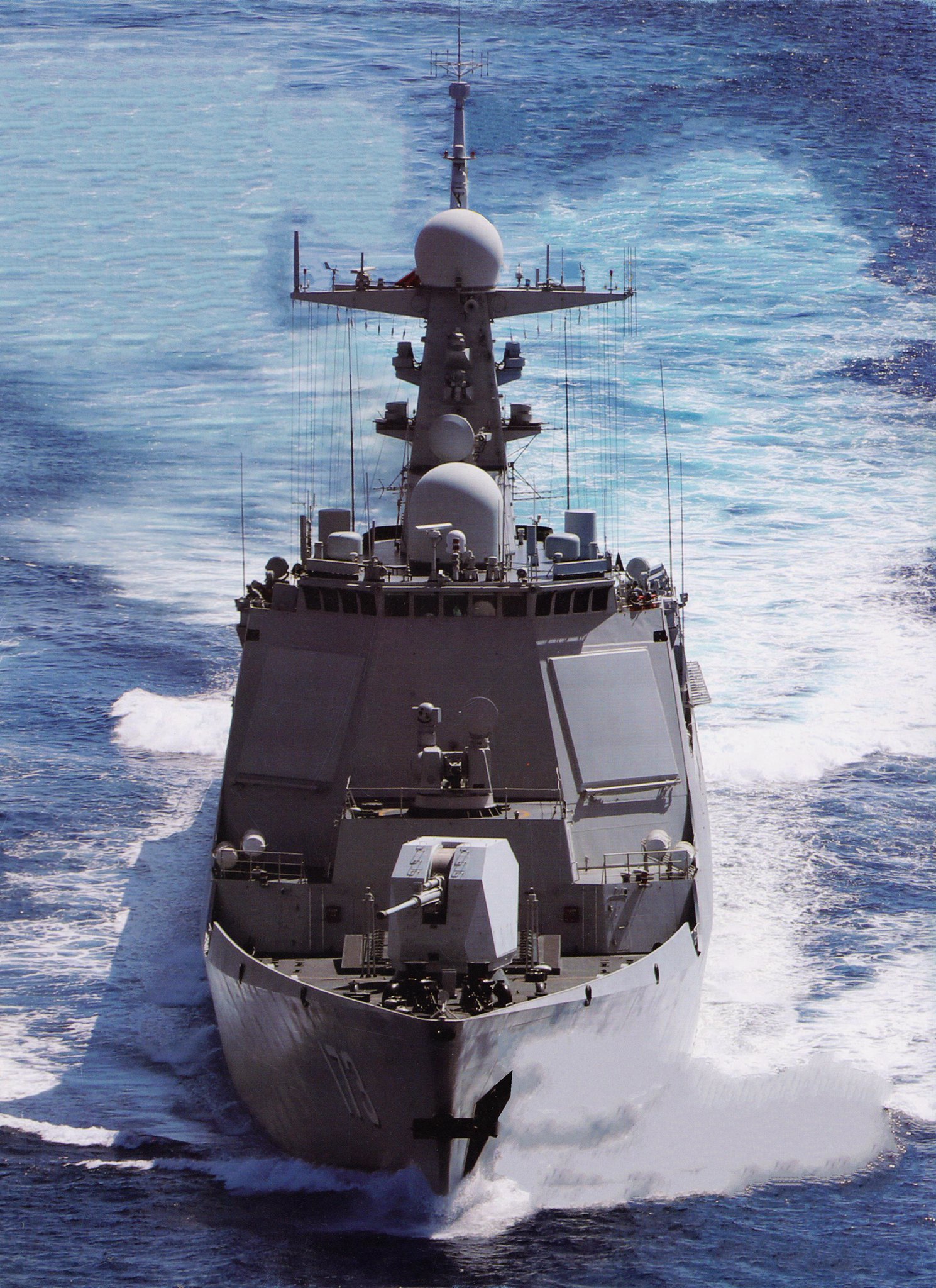 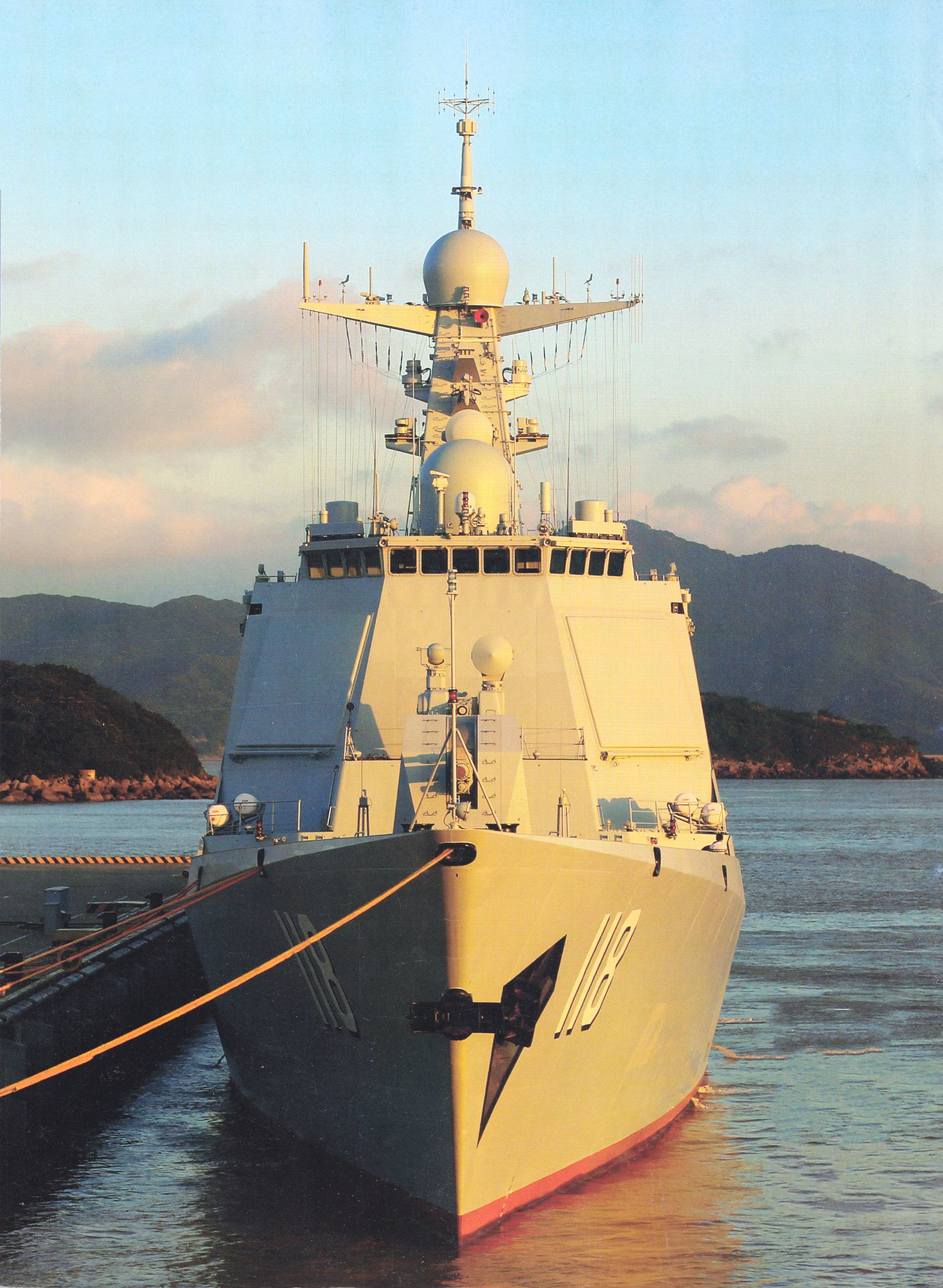 Registered Member
You can see the subtle differences of the ESM, communication and cooperation fittings among the ships above.

Below posted by LKJ86 at the PDF.

Registered Member
Relaxing video of the Xi'an sailing majestically through the Kiel Canal.

Registered Member
More observations with regards to the CEC fittings on the 052C and 052D.

The first is that the older ships tend to have them, while newer ones don't. The reason for this is that this isn't likely because certain ships are picked to be flotilla leaders, but older ships have scheduled maintenance, and those maintenance periods are used as opportunities to retrofit the CEC fittings. If a newer ship had to go into unscheduled repairs for some reason or another, that is also used as an opportunity for retrofit.

The CEC fittings are not part of the original design of the 052C/052D ship. For that reason its not placed the areas that are most ideal for it, because something else is occupying the most ideal spaces. Ideally, such an antenna would be on top of the mast for maximum height and radio coverage to the horizon. On the Burke, CEC antennas are set in a shishkabob style on top of the mast antenna. I think these two antennas underneath the Fregat main search radar on the Udaloy might also be CEC and presents an ideal place for them.

As the ships are not contracted to have this equipment, they are delivered and commissioned without them, and only get them retrofitted during scheduled or unscheduled maintenance.

A later CEC array design would consist of a set of four small phase arrays, each fixed and facing in a cardinal direction. Ideally, this would have to be embedded in an integrated mast, and I believe that is the case in the Type 055 and on the 002 carrier. I expect this design feature to appear in any successive design to the 054A and the 052D, and these would have to be designed with the ship and placed as part of shipbuilding contract.

Tam said:
More observations with regards to the CEC fittings on the 052C and 052D.
I think these two antennas underneath the Fregat main search radar on the Udaloy might also be CEC and presents an ideal place for them.
Click to expand...

Nope, they are not. Short range navigation aid for airborne operations.
T

snake65 said:
Nope, they are not. Short range navigation aid for airborne operations.
Click to expand...

You mean TACAN. Could be that too.
You must log in or register to reply here.