Marjohn said:
Is this kind of link the one you want?

The English versions are a totally disaster

Let’s hope one day they get fixed
T

Check the activity in this yard 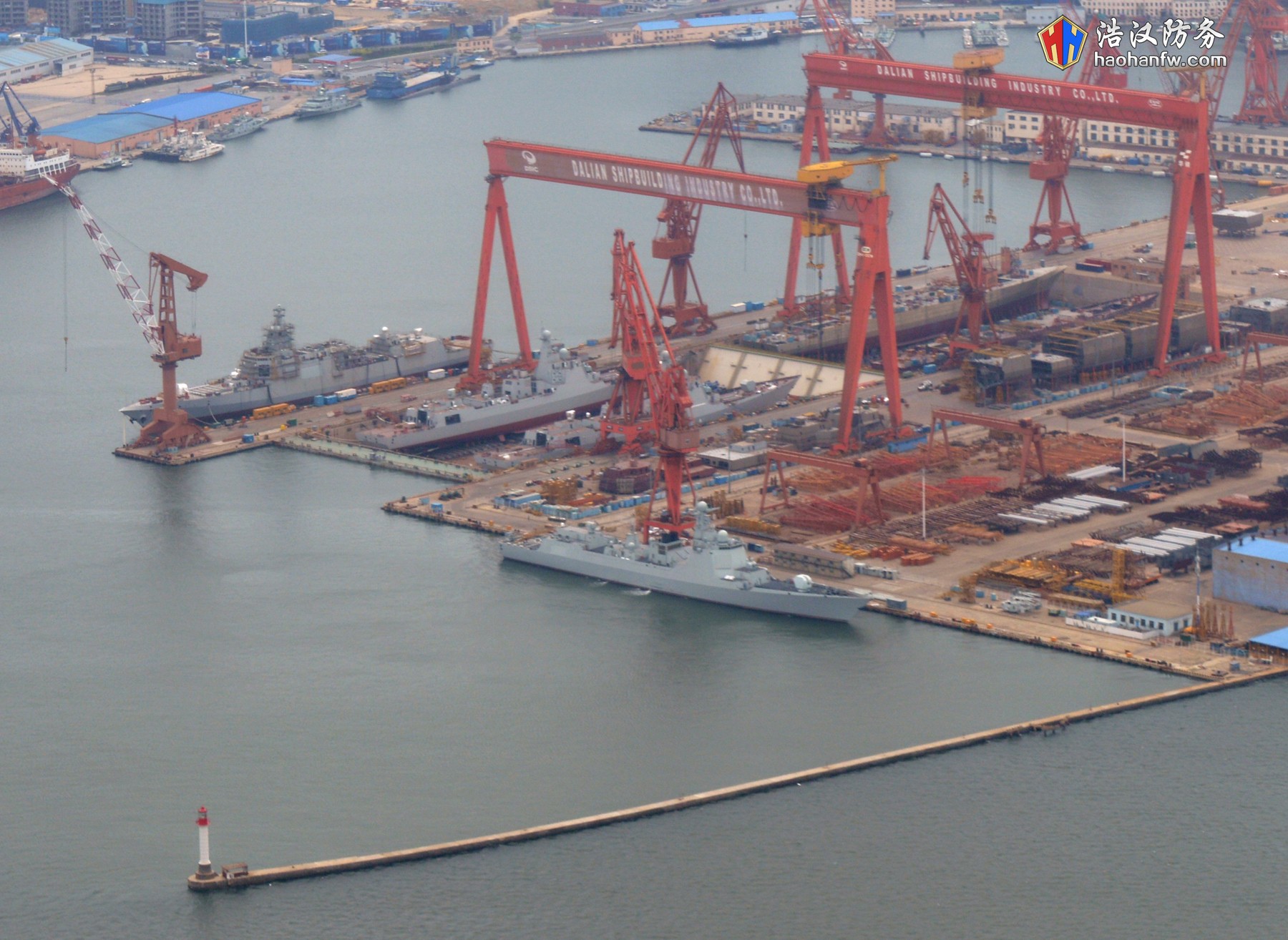 120 Chengdu doesn't seem to be around the harbor this time. Maybe she has left to the North Fleet?
T

Registered Member
'Tangshan' and 'Suzhou' are now launched today. Posted by LKJ86 at the PDF.

Registered Member
Video of the launch ceremony, Credit to the link goes to LKJ86 at the PDF.

That’s 7 units launched in a space of 10 months 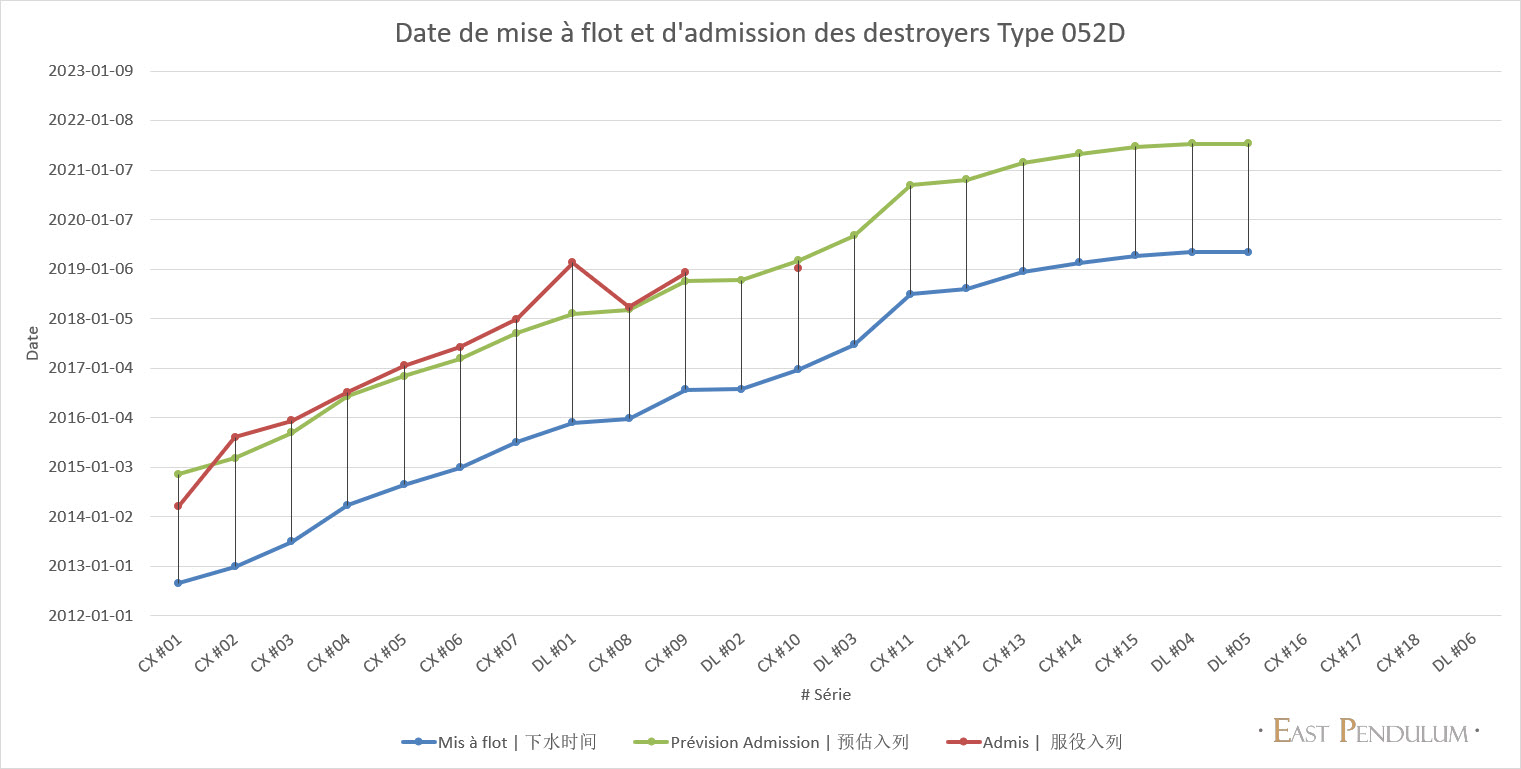 Here is the english translation
Type 052D, the evolution continues
Unlike the Type 056, which was designed to operate under the cover of continental-based forces, the Type 052D is intended for the high seas. It shares almost the same platform as its predecessor, the Type 052C, but has more advanced and illustrates perfectly the Chinese military's "Run fast small steps" approach in their arms development.

According to a presentation by a Vice Admiral of the Chinese Navy in August 2017, the combat capability of a Type 052D is "1.6 times greater" than that of a Type 052C, knowing that the leading ships of these two classes of Chinese destroyer were launched with an interval of only 9 years.

Since the launch of the leading ship Kunming 172 in late August 2012, the two Chinese shipyards engaged in the construction of this class - CSSC Jiangnan Changxing in Shanghai of one and CSIC Dalian in Dalian on the other - have relayed to get out of the new buildings at a steady pace, ie a ship pulled out of the dry dock every 129 days on average.

Of course, the finer analysis of the Type 052D construction shows that Jiangnan Changxing is, up to now, the main contributor to this pace. Indeed, of the 24 buildings already operational or still under construction, knowing that the figure is not definitive, 18 are built in Shanghai and 6 only in Dalian.

And a large series of production spread over several years inevitably implies more or less important changes. Type 054A frigates, with a total of 30 hulls built, have also experienced "upgrades" in weapons systems, for example.

In the case of the Type 052D, it is at the level of its structure that major changes seem to have been implemented from the 14 th class, named a priori 156 Zibo (淄博).

The first satellite images then the snapshots taken by enthusiasts showed that the Chinese destroyer has now become longer by about 4 meters. This extra length applies primarily to his hangar and the helicopter deck at the stern of the ship.

If the reason for this structural change has never been actually communicated, it is thought that the introduction of a new model of transport helicopter in the ranks of the Chinese army, the Z-20, which is longer than the Z-9 and Ka-27/28/31 usually embarked on the Chinese destroyers, may have forced the CSIC Group 701 Institute to make plan modifications on the Type 052D.

Aside from this lengthening, there is also a lower height of the shed compared to the first 13 buildings, probably for design constraints.

As for the final endowment number of Type 052D, it depends on the one hand the political will and the geopolitical context anticipated by China, but also
Please, Log in or Register to view URLs content!
.

Today, the latter has 6 first rank fleets, each of which is in the process of moving from a configuration 4 destroyers plus 4 frigates to 6 + 6 (see more). Knowing that there is still in its formation 17 destroyers (1 x Type 051B, 2 x Type 051C, 2 x Type 052, 2 x Type 052B, 4 x Project 956E / EM, 6 x Type 052C), of the old generation but have not yet reached the age of retirement, not counting of course the first 8 large Type 055 destroyers that are currently under construction, the only thing we can be certain is that the Chinese navy should at least provide 49 destroyers by 2022, even on the unlikely assumption that Chinese shipyards are stopping new construction now.
Henri K.
You must log in or register to reply here.