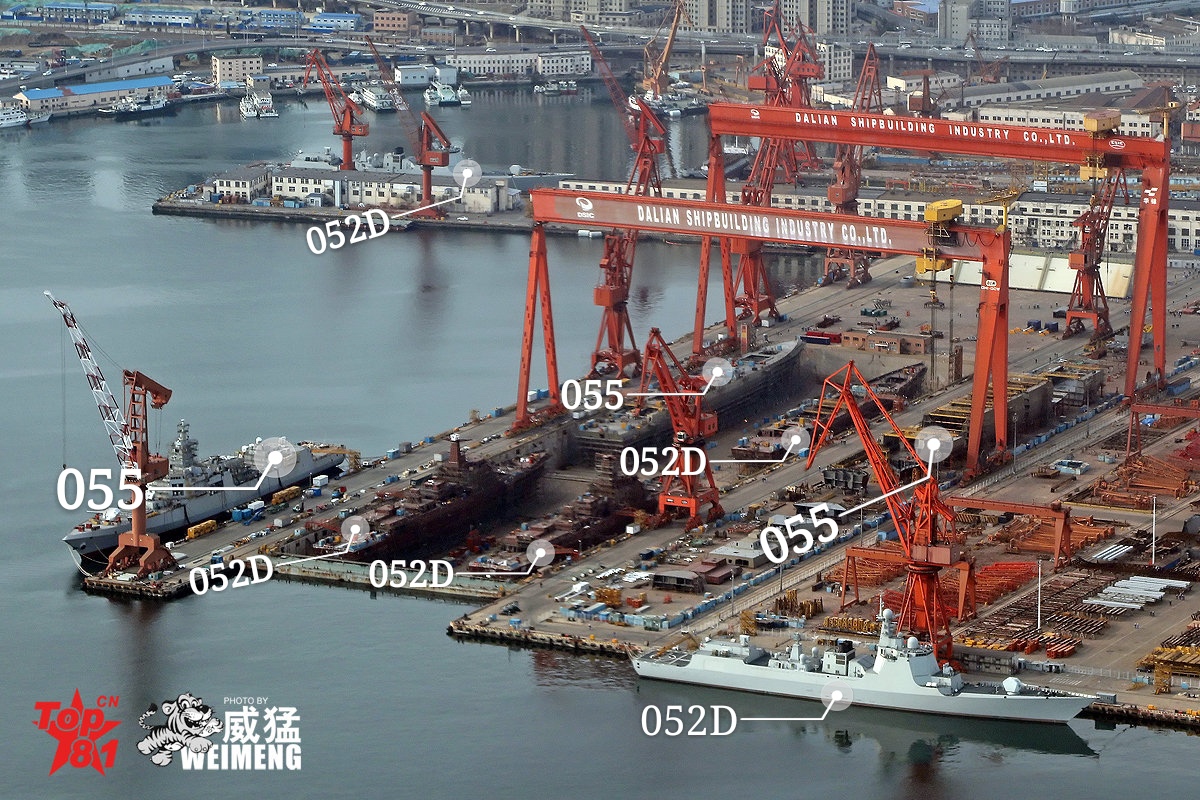 Registered Member
The thing is, where is the second type 055 which should be outfitted somewhere there?
T

Registered Member
Posted by LKJ86 at the PDF. Plus according to cirr at the PDF, the 18th 052D is launched today at JN.

ILikeChina said:
The thing is, where is the second type 055 which should be outfitted somewhere there?
Click to expand...

I myself looking for an answer to that question.


I searched in Google Maps. This image is probably a bit dated.

I can find a Type 055 here, being pushed by two tugs. One of the 052D is here on the "checkout" pier. Liaoning and Carrier 002, with the two barracks ships are on the left. Not only is the second Type 055 missing but also one of the fitting 052D, which somehow manages to reappear in later pictures. I also wonder why this 055 is being pushed like it was off somewhere... where did it went too?

Registered Member
Posted by LKJ86 at the PDF.

On this satellite image, at the bottom, you can see four docks and one of the Type 052D is sitting there.

Also, no ship was present in my Google maps image, and could not account for the second 055 and 052D at that time of this image. Typically, the airline approach would be at the north, so anyone with a smartphone camera could catch the shipyard but those buildings would block the view of these docks.

Registered Member
Here is another bit of detail that is blowing me away. Look at the size of the buildings on the left with the four letters on them. That's actually a Type 055 on the upper right with two tugs. Those buildings are likely the place they are building the ship sections.

The same buildings are now at the right, with the image panned to include the two carriers. This gives you an idea how big those buildings are.

A similar set of buildings west of the carriers too. Those docks could actually contain or build four ships of the Liaoning's size simultaneously.

All images are courtesy of Google Maps so you can do a little observation yourself.

Translated from French by
Please, Log in or Register to view URLs content!
Only 51 days after the previous copy, the Jiangnan Changxing shipyard in Shanghai launched its 15th destroyer type 052D at the beginning of the week. This is the 18th series and a version with a lengthened hangar. 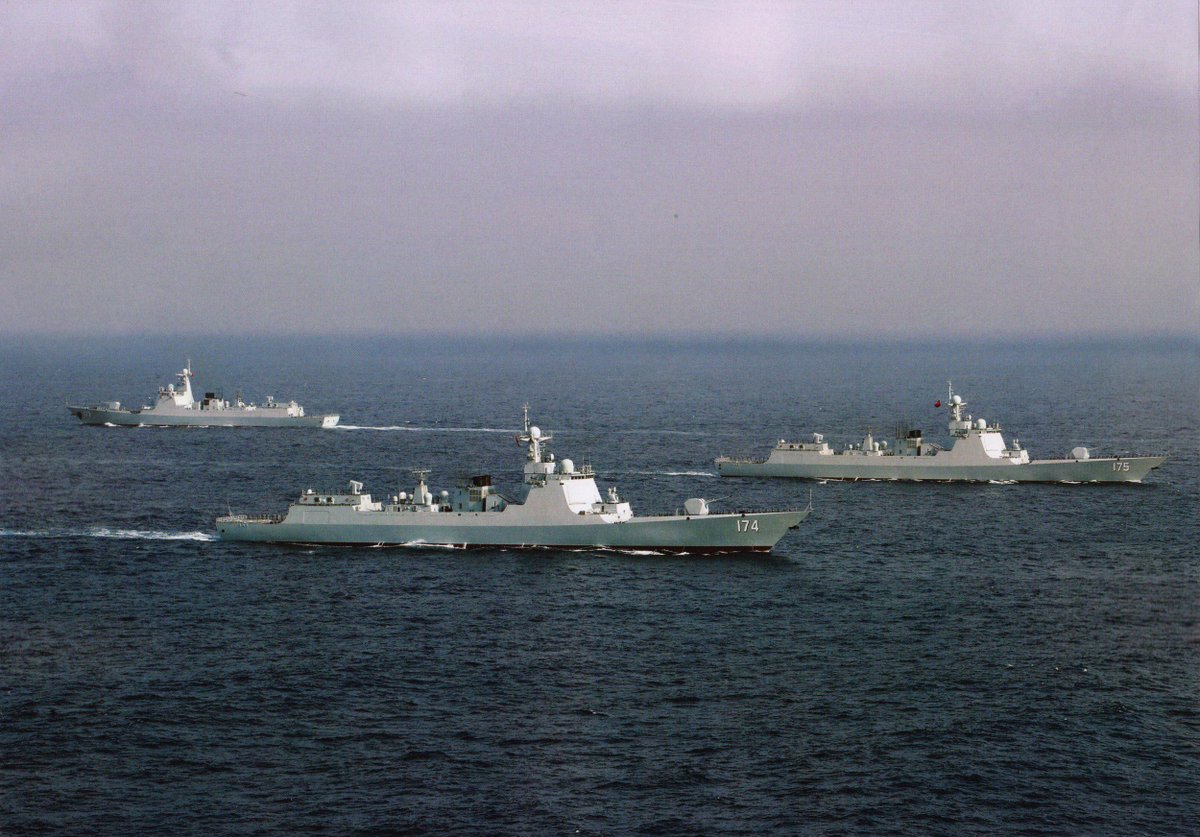 Tam said:
Posted by LKJ86 at the PDF. Plus according to cirr at the PDF, the 18th 052D is launched today at JN.

Yes that looks like it came from a video and I hope someone puts it on YouTube.