Bayraktar TB2 Armed Unmanned Aerial Vehicle (SİHA), which is in the inventory of the Ukrainian Armed Forces, was exposed to electronic warfare. During the electronic warfare activities carried out for test purposes, the SİHA was successful.

The test team of the Ukraine State Weapons Testing and Certification Research Institute (DNDI VS OVT) carried out some tests on an on-duty Bayraktar TB2 SİHA in line with the directives of the Ukrainian Armed Forces.

During the tests carried out according to the program and methods prepared by the institute experts, the Ukrainian Air Force teams applied electronic warfare to the Bayraktar TB2 SİHA under various conditions.

During the test activities, both domestic and foreign electronic warfare systems were used.

Ukrspecexport, the defense export agency of the Ukrainian state, signed an agreement with Baykar Defense for the supply of 6 Bayraktar TB2 Unmanned Aerial Vehicles (UAVs), two control stations and 200 smart ammunition in January 2019, worth $69 million. made deliveries. Thus, Bayraktar TB2 SİHA first entered the inventory of the Ukrainian Air Force.

Three Propeller Engine and WESCAM MX-15D
It has been observed that the engines of Bayraktar TB2s belonging to Ukraine have three propellers and the WESCAM production MX-15D EO/IR targeting system is used as the camera system.

Industry and Technology Minister Mustafa Varank stated in a television program he attended that the sale of TB2's propellers was stopped by Germany, and when the propellers were produced locally, it was said, "Buy it from us, let's get a discount".

Registered Member
Baykar CTO Selcuk: Akıncı UCAV subsystems will be used to a large extent on the MİUS platform. (Customizations for MIUS will also be made.)

This will greatly reduce maintenance costs.

“The TEI-TS1400 can be easily converted into a turboprop. Maybe we need to tweak the parameters of the power turbine a bit.

It is in the power class that can easily fly Hürkuş if our state wishes."

Registered Member
Interview with the CEO of TUSAS/TAI

Main points of this interview: 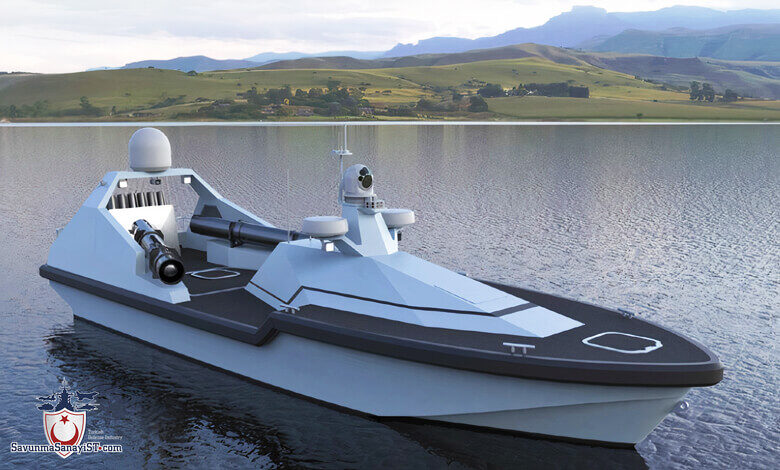 Presidency of Defense Industry Presidency has published a call for proposal dossier (TÇD) for the procurement of two different types of unmanned surface vehicles.
In the statement made by the Presidency of Defense Industries (SSB) on the subject, “Based on the need of the Naval Forces Command; It has been published for the purpose of receiving a Proposal for the procurement of 1 Base/Port Defense Vehicle and 1 Surface Warfare Vehicle within the scope of the Autonomous Surface Vehicle Procurement Project.”

The Authority explained the pre-qualification conditions for the companies that will participate in the tender as follows:

Possession of a valid “Facility Security Certificate.
Demonstrated autonomous vehicle capability to the SSB on obstacle avoidance.
Route tracking and navigation by using a boat.
Software developed with domestic and national resources until August 15, 2021.
Having at least ISO 9001:2015 Quality Assurance Certificate.

According to the information obtained by SavunmaSanayiST, the plans of the Presidency of Defense Industries (SSB) with unmanned naval vehicles are not limited to these. In the following stages, SSB will supply 40 Autonomous Surface Vehicles and Autonomous Underwater Vehicles based on the needs of the Turkish Naval Forces Command. The project is carried out by the SSB Marine Vehicles Department.

Registered Member
TEI-TJ300 compared to other turbojets in the same class: 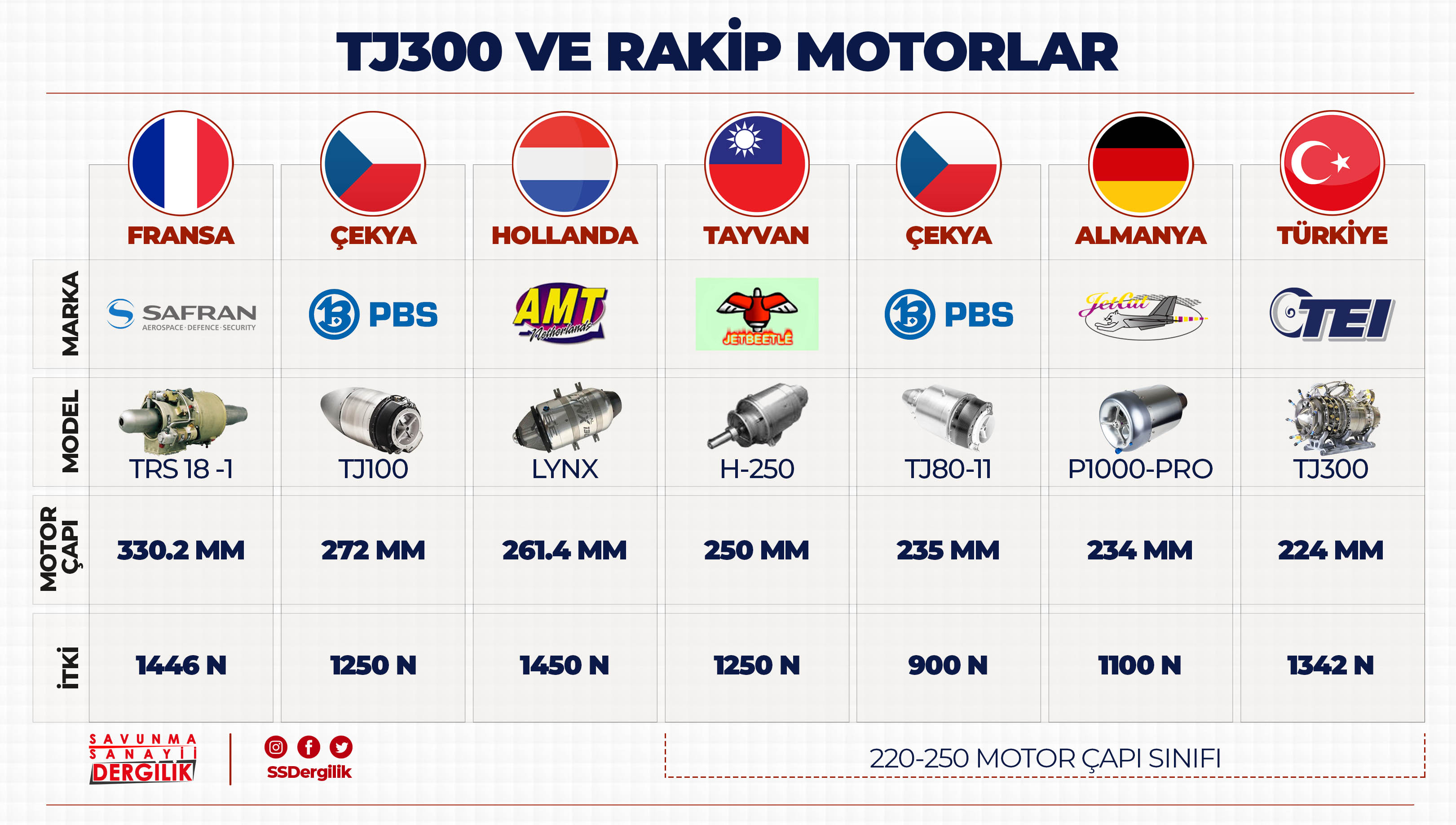 Oh well ... the Chinese needed decades to develop and field a reliable modern turbofan in the 140 kN-thrust range and you really think this could be done just within a few years!??

I promise you, you will be very, very disappointed and this is not a "starting a discussion", but just in the same way like you posting any claim the "stating of a fact"!
Last edited: Aug 6, 2021
You must log in or register to reply here.