Indeed ... I did not notice, but I cannot think that an updated variant of an in fact troubled older type - the WS-13 - will get a higher number than the final product WS-19.

Deino said:
Indeed ... I did not notice, but I cannot think that an updated variant of an in fact troubled older type - the WS-13 - will get a higher number than the final product WS-19.

@Deino My theory a new designation reflecting the date of its IOC incorporating more recent tech advances, and like you I'm also bewildered by the two overlapping engine program. I like to hear more from Huitong.
Last edited: Mar 15, 2021

stannislas said:
similarly, I don't think if FC-31 doesn't have a gun is due to this reason as well
Click to expand...

FC-31 doesn't have a gun because its a technology demonstrator, not an actual finished product intended for combat use. With the J-XY being designed as a multirole stealth fighter, I imagine SAC and the PLA would be looking into having some ability to mount a gun either internally or externally.
Last edited by a moderator: Mar 15, 2021
H

Registered Member
Yes, I heard the rumor that WS-13E has been renamed as WS-21

huitong said:
Yes, I heard the rumor that WS-13E has been renamed as WS-21
Click to expand...

Does it remain an optimized copy of the RD or is it something much better based on the experiences and core technologies learned from the WS-13E project? Is the WS-21 a lesser back-up, a tandem equal or a superior gamble to the WS-19?

Staff member
Super Moderator
Registered Member
Ok guys .... let's keep it simple:
I'll promise you ... the next one with a reply to this issue will get a vacation from the flag-ship threads until the real J-35 appears AND the J-20 was seen for the first time with a gun.

I agree with @ougoah that in principle, the "low-est [possible] cost" fighters are single-engine by virtue of less moving parts and materials, and agree that FC-31 was not originally designed for the "lowest possible cost" category for 5th gen fighters. Engine availability is a critical deciding factor as @Bltizo suggested, how can you supply J-20, single-engine J-YX, and future 6th gen when WS-15 isn't even mature? So twin-engine it must be...

BUT I also agree with @latenlazy suggestion that twin-engine medium fighters are "low-er [relative] costs" than twin-engine heavy fighters, and since cost comparisons are relative, not absolute, the absence of single-engines is not an overriding disqualifier of whether it's "low-er [relative] cost" than the alternative. In other words, it doesn't necessarily have to be single-engine fighter to actually be lower costs.

Overall, if there is a necessity to achieve 5th gen fleet numerical parity ASAP (e.g. war-time scenario), then pump out J-20 like sausages or go with twin-engine land-based J-XY. If there is no urgency to go to war, then perhaps pump out J-20's and 4.5 gen semi-stealth like sausages and invest in disruptive 6th gen tech. Becuz even if you wanted a single-engine land-based J-XY, there aren't enough mature engines available. We must win with the cards we are dealt.
Last edited: Mar 18, 2021 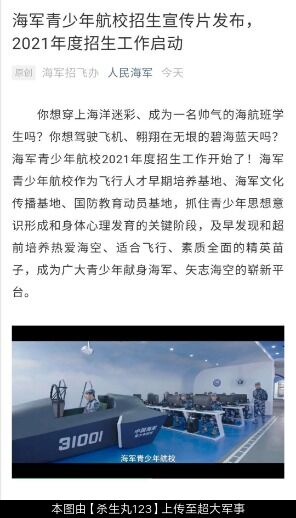 A top Chinese warplane-producing company recently announced plans to make technological breakthroughs to ensure the successful development of a new, fourth-generation stealth fighter jet, and conduct test production and research on its next-generation aircraft in 2021.
Click to expand...

Wang Ya'nan, chief editor of Beijing-based Aerospace Knowledge magazine, told the Global Times on Monday that it makes sense to speculate the statement is referring to an improved version of the FC-31, as the current versions are only prototypes.
Click to expand...

So an improved FC-31 will maybe enter "test production and research" in 2021?

Or maybe they are talking for a different project?
Last edited: Mar 29, 2021
You must log in or register to reply here.