Registered Member
So, yeah my "little project" finally "done enough" with some result. This graphics below depicts RCS "before" and "after" application of radar blocker which summarizes the result. X-band (8 GHz) and horizontal polarization.


For methodology and further discussion I detailed it in my SPF post. I would love to describe it here but i ran into limitations on the number of images i can post.


Please, Log in or Register to view URLs content!
Short conclusion is that the application of Radar blocker succesfully reduces the otherwise menacing spikes from the engine.

Still the result is highly speculative as i dont know the material being used and how the blocker actually positioned within the inlet. There is patent information. It describes the methods of selecting the dimensions and position of the blocker but not how much it can reduce RCS.
A

Registered Member
Has anyone hear if Sukhoi delivered any Su-57s last month? They were slated to hand over 4 of them.
G

Registered Member
There was a TASS news report claiming all aircraft in the 2021 plan had been delivered. But we have no de facto press release that the Su-57s were delivered. So I would assume they were not. But they were seen in the production line in the middle of last year, so if they were not delivered they should be close to it.
S

Both aircraft have special structure in their tailpipe which act as afterburner augmenter and flameholder AND a radar blocker to reduce RCS of the turbine blades. This augmenter appears to be shaped similarly as the inlet radar blocker. I have my doubt at first but apparently yes, high temperature capable RAM does exist plus since its an augmenter it can be actively cooled by fuel or bleed air. The only concern now is how long it could last considering the environment post engine turbine which exposes anything ahead of it with over 900 degrees celcius temperature and possible solid particles formed from burning residues of the combustion chamber.

Anyway below depicted the effect of such blocker for the RCS of the tailpipe.

The simulation is done in ANSYS, Frequency is X-band. (8 GHz) Horizontal polarization. The structure depicted is simplified jetpipe, 2 stages of turbines and mid-supporting structure (bullet). The Blocker is based on my interpretation of available imagery of F-22 tailpipe. Thus it's highly speculative in nature.

The RAM treatment is an idealized RAM with impedance of 377 Ohm. Which applied to nonmoving parts. The "bullet" and the Augmenter. Above table depicts the 3D projection and 2D contour plot of RCS of tailpipe with exposed turbine on the left with the one equipped with stealthy augmentor on the right.

Numerical wise. the Median RCS of the result are as follows :
-Nozzle with exposed turbine stages : 1.8 Sqm
-Nozzle equipped with "stealthy augmentor" : 0.05 Sqm

Above result correspond to about 34 times reduction of RCS. This will bring about 60% reduction of radar range against nozzle equipped with the stealthy augmentor vs conventional flame-holder and augmentor configuration.

The current 117 engine tho seems to still utilize conventional configuration. I'm curious if Izd-30 may have the blocker.

The Penalty of the design however was never really mentioned.. Even there is practically no open source info. However it's mentioned that F-2's F-119 engines are suffering from "high usage rate" might be related to the blocker.
T

Stealthflanker said:
The current 117 engine tho seems to still utilize conventional configuration. I'm curious if Izd-30 may have the blocker.
Click to expand...

Well, a while ago an insider on a Russian forum leaked three photos of the Izd. 30 fan face, and he also posted one looking up into the nozzle. The curious thing is that the interior was censored... and I'm really struggling to think of a better reason for doing so than to hide some form of RCS reduction measure. I mean, the afterburner is almost certainly going to be different to the Izd. 117(S) due to the higher temperatures, which will likely necessitate some form of cooled radial flameholder design. That in and of itself isn't something you'd need to hide, it's pretty much a given - anybody with a modicum of knowledge would be expecting it anyway.

Perhaps the more interesting question then is what solution exactly is used, the F-35-style twisted stator that you've modelled, or the retractable design from the patent shown below?

Tirdent said:
Perhaps the more interesting question then is what solution exactly is used, the F-35-style twisted stator that you've modelled, or the retractable design from the patent shown below?

Do we have patent number for this ?

JeremySun said:
Does anyone know how many serial planes have been delivered?
Click to expand...

So far as I can tell, only the one. The next 4 were supposedly going to happen in December, but I have not seen an announcement about the delivery. Russia wouldn't likely keep quiet given its critics of the Su-57 program.
P 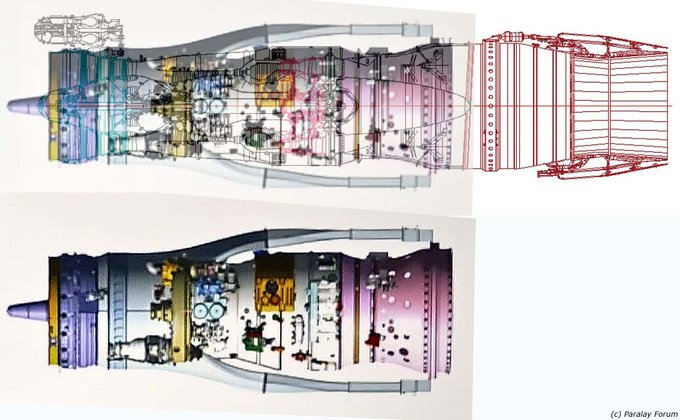 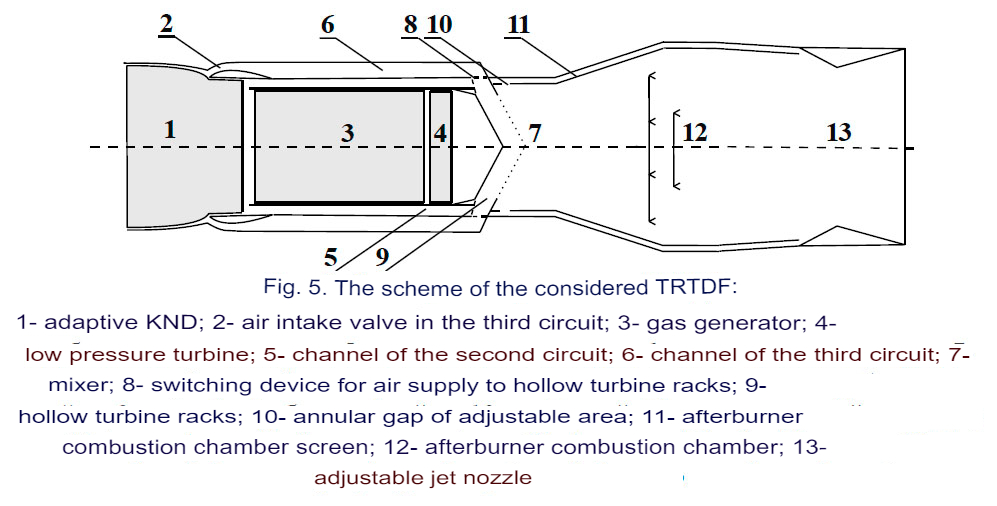 one is based on high supersonic conditions (perhaps mach 3-4 or thats pushing it) and the other is just regular? Here are two versions.
S

Registered Member
The 2nd production example. There at least 2 delivered now i guess.

That makes at least 3-5 airframes now.
You must log in or register to reply here.