why is it that the side access/vehicle loading door is only on one side? do they never intend to load from the other side?

drunkmunky said:
why is it that the side access/vehicle loading door is only on one side? do they never intend to load from the other side?
Click to expand...

Why do you think the ro-ro ramp is only on one side?

There's one on both the starboard side (picture on last page) and port side (below).
It's pretty easy to look up online with the requisite search terms. 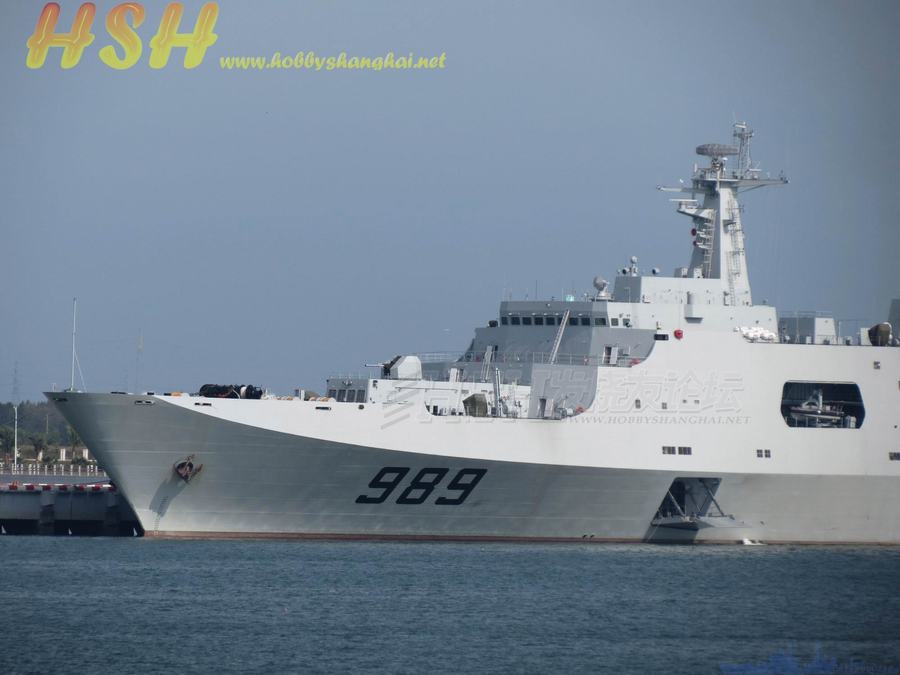 An update. All images are high-resolution. 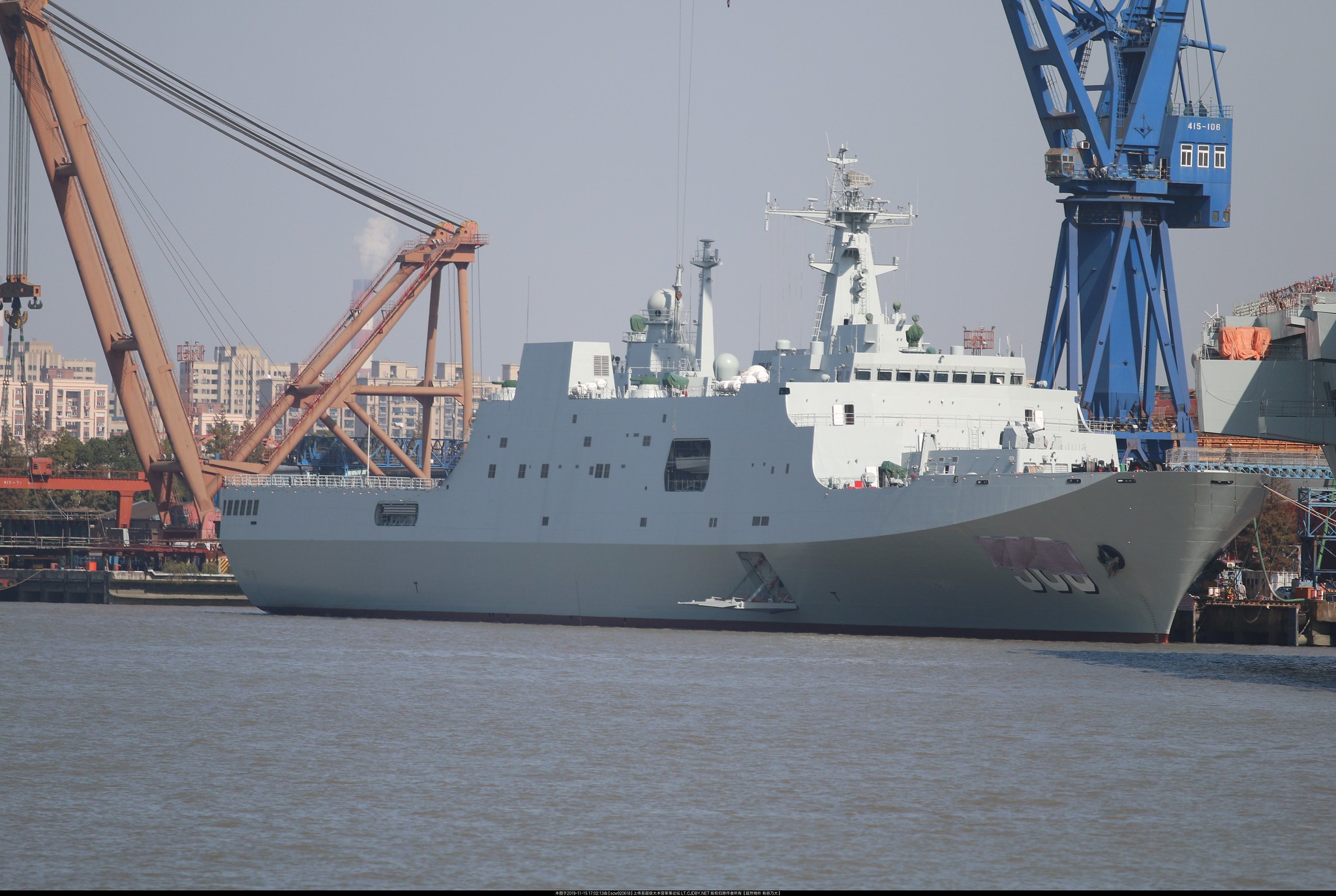 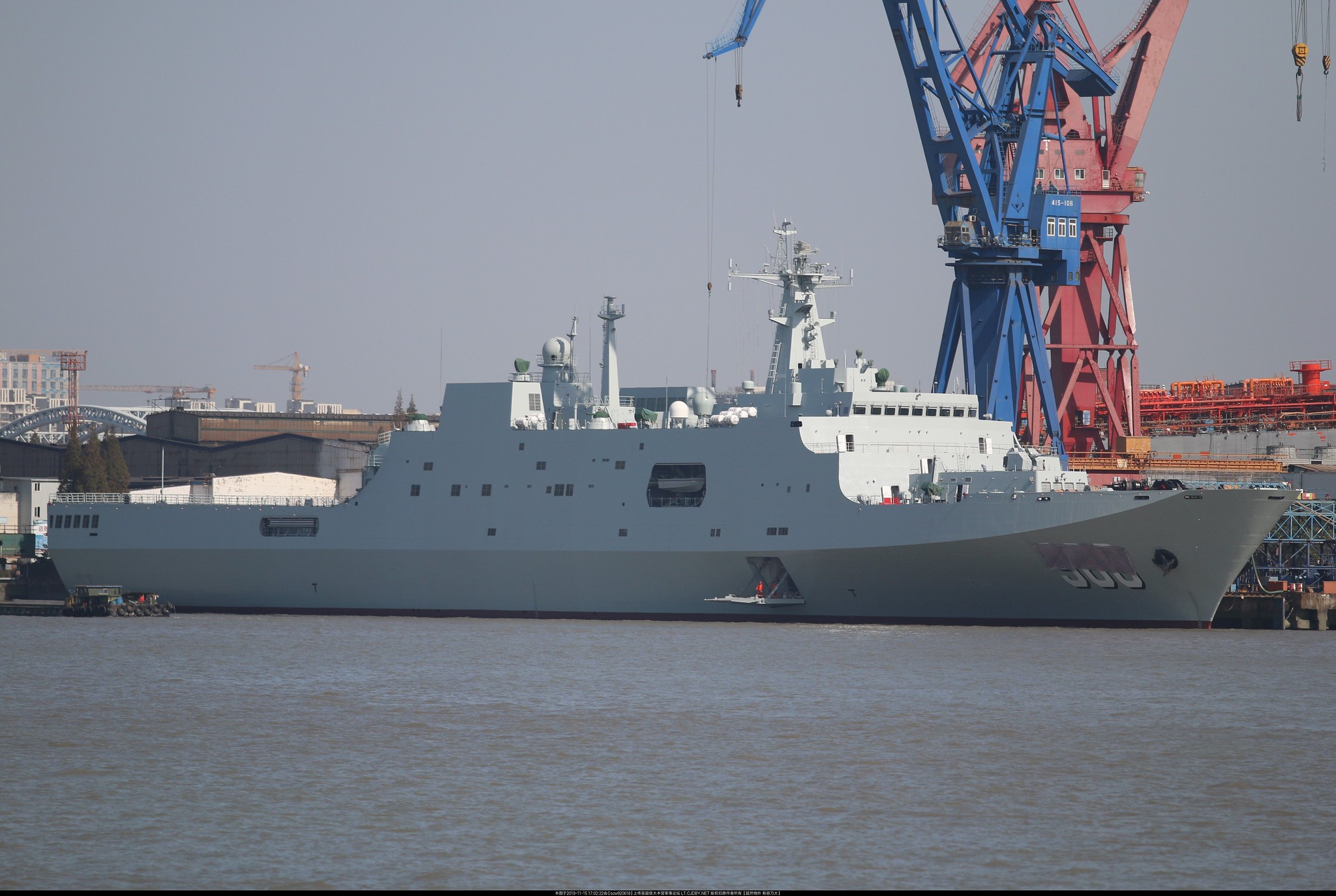 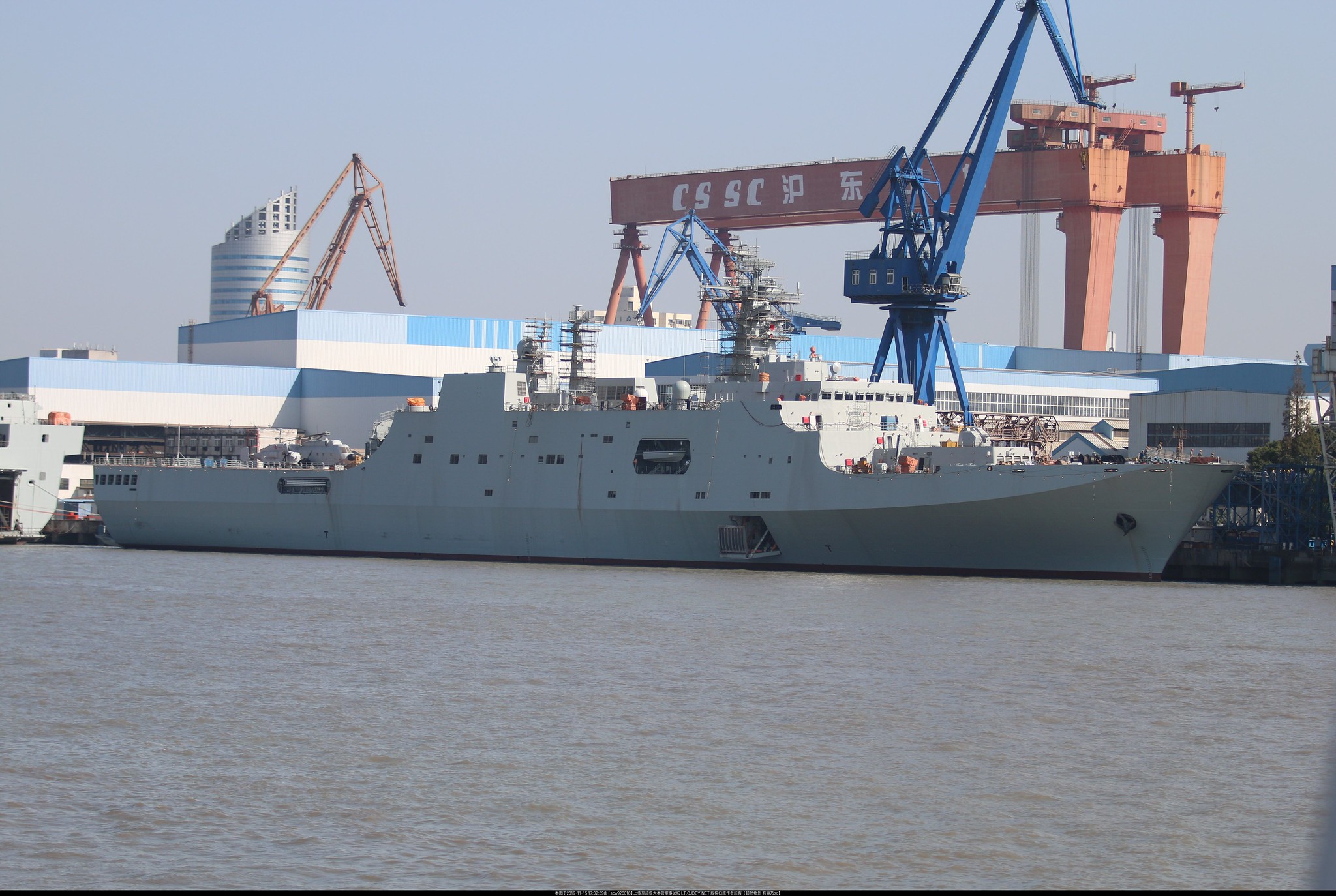 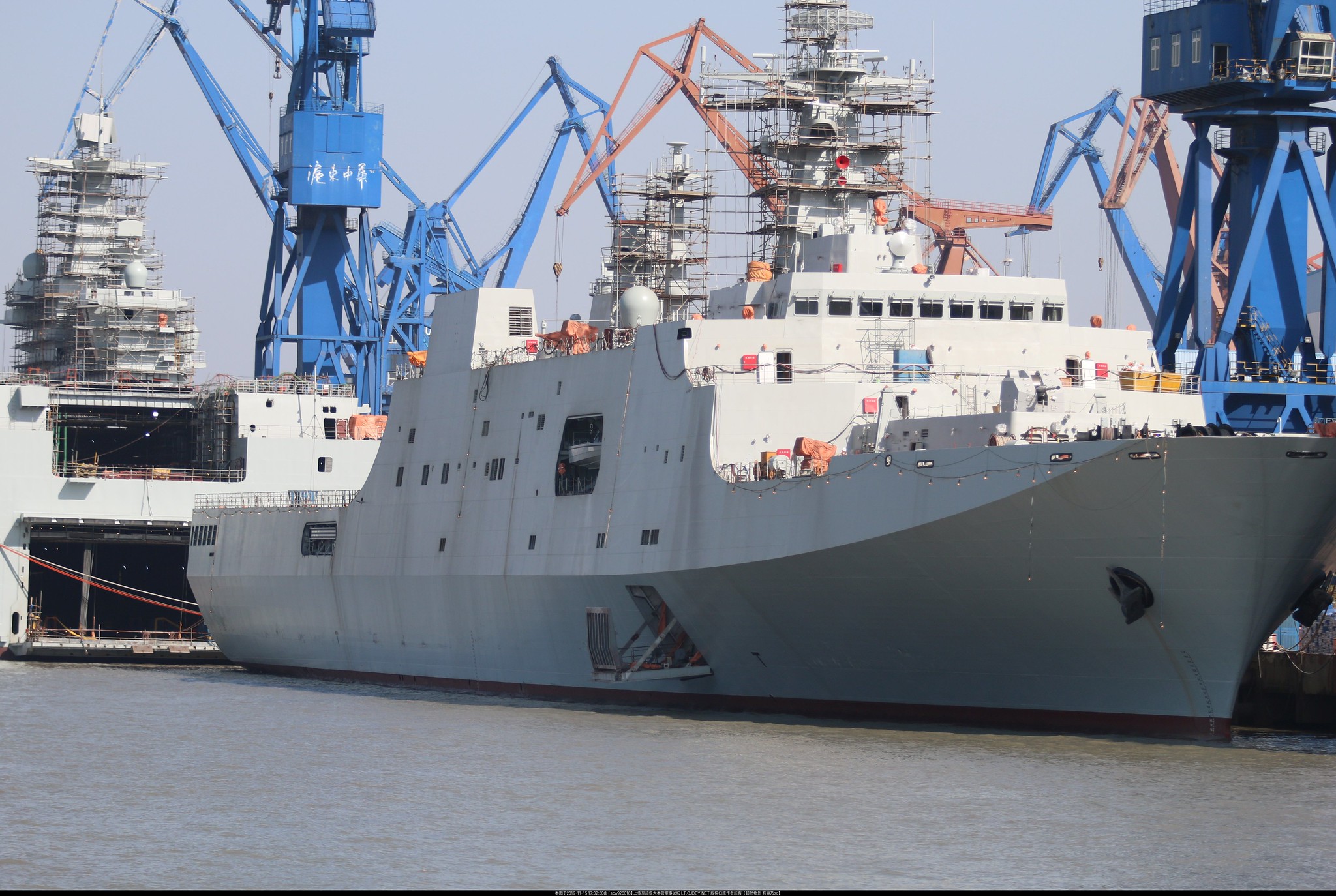 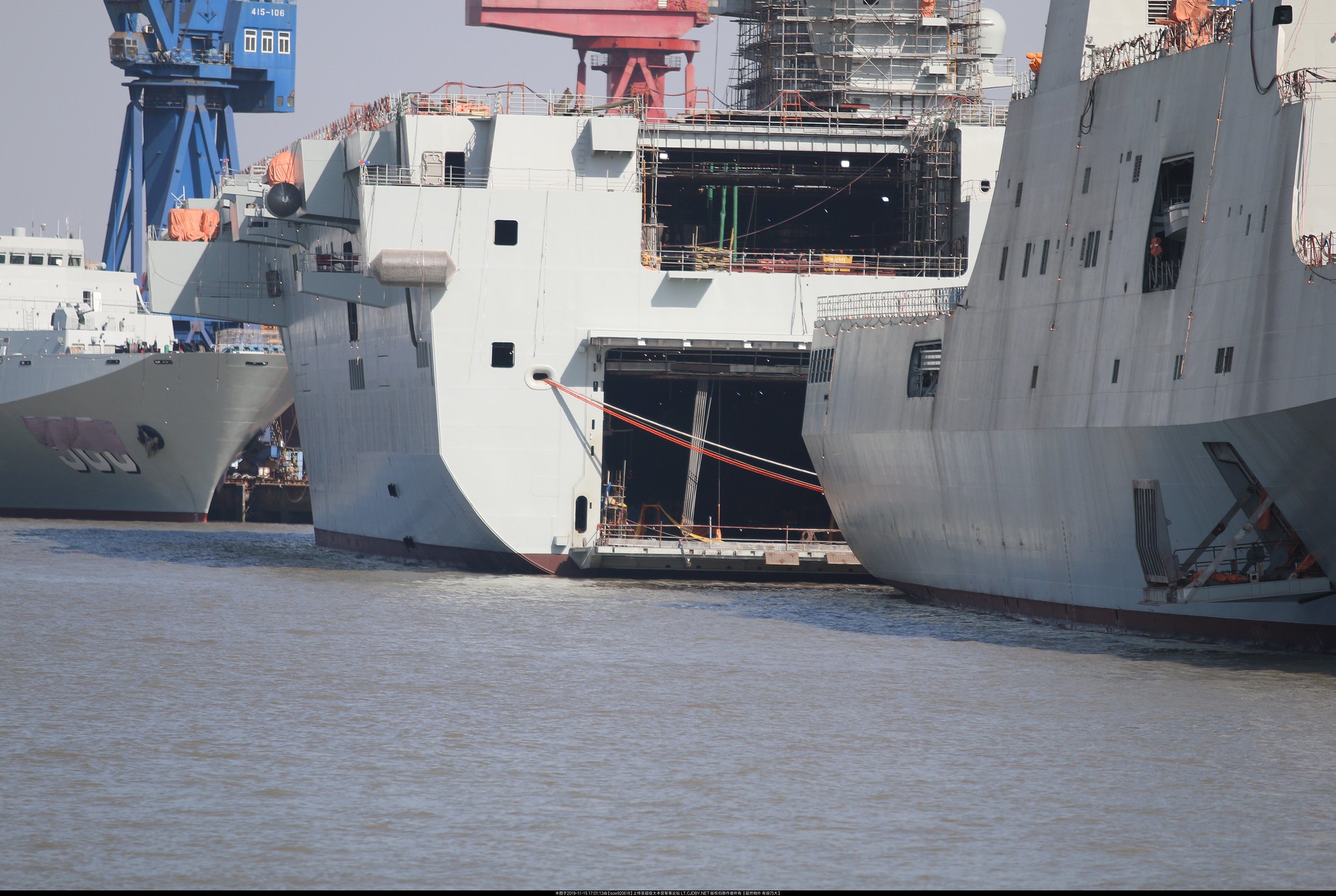 December update. All images are high-resolution. 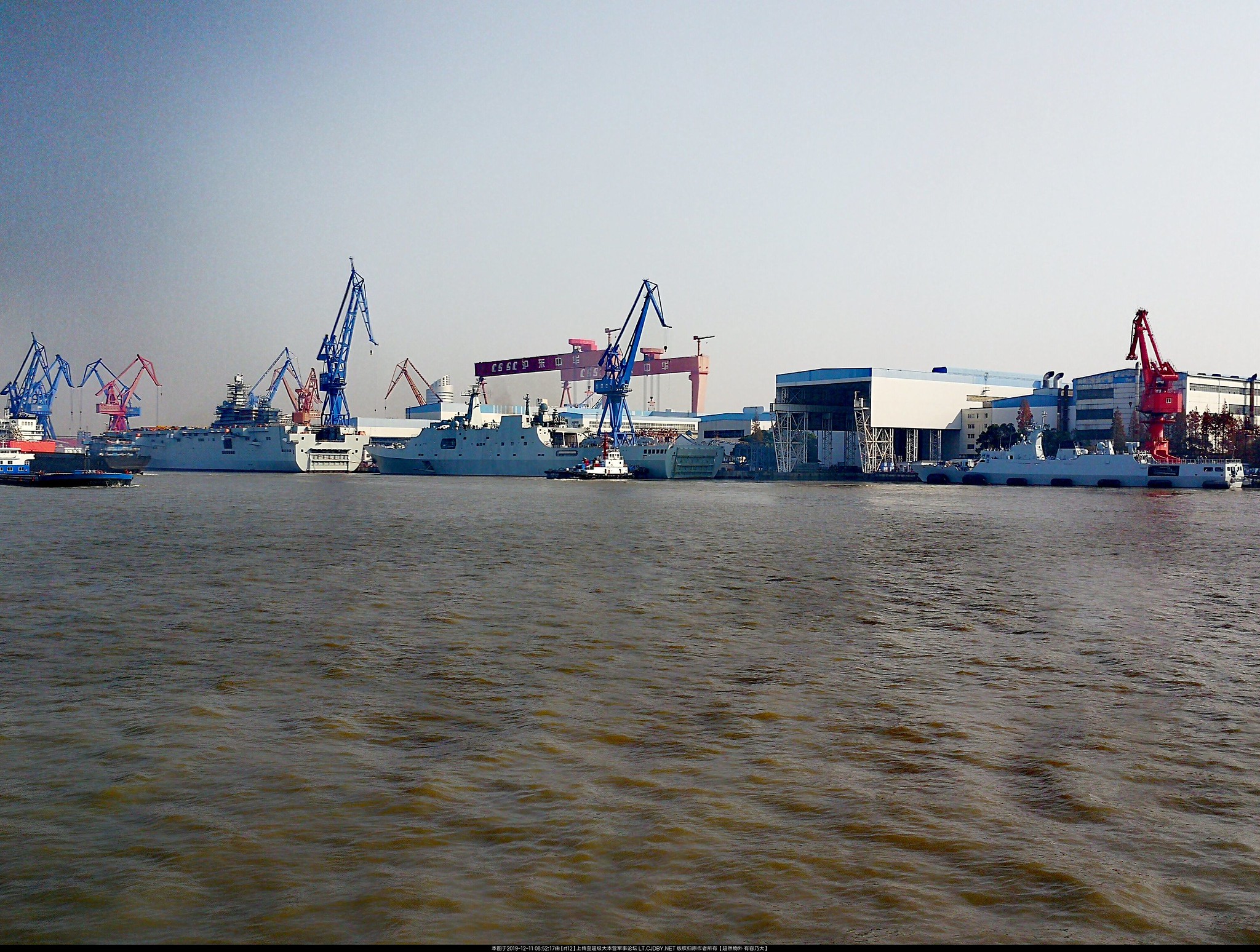 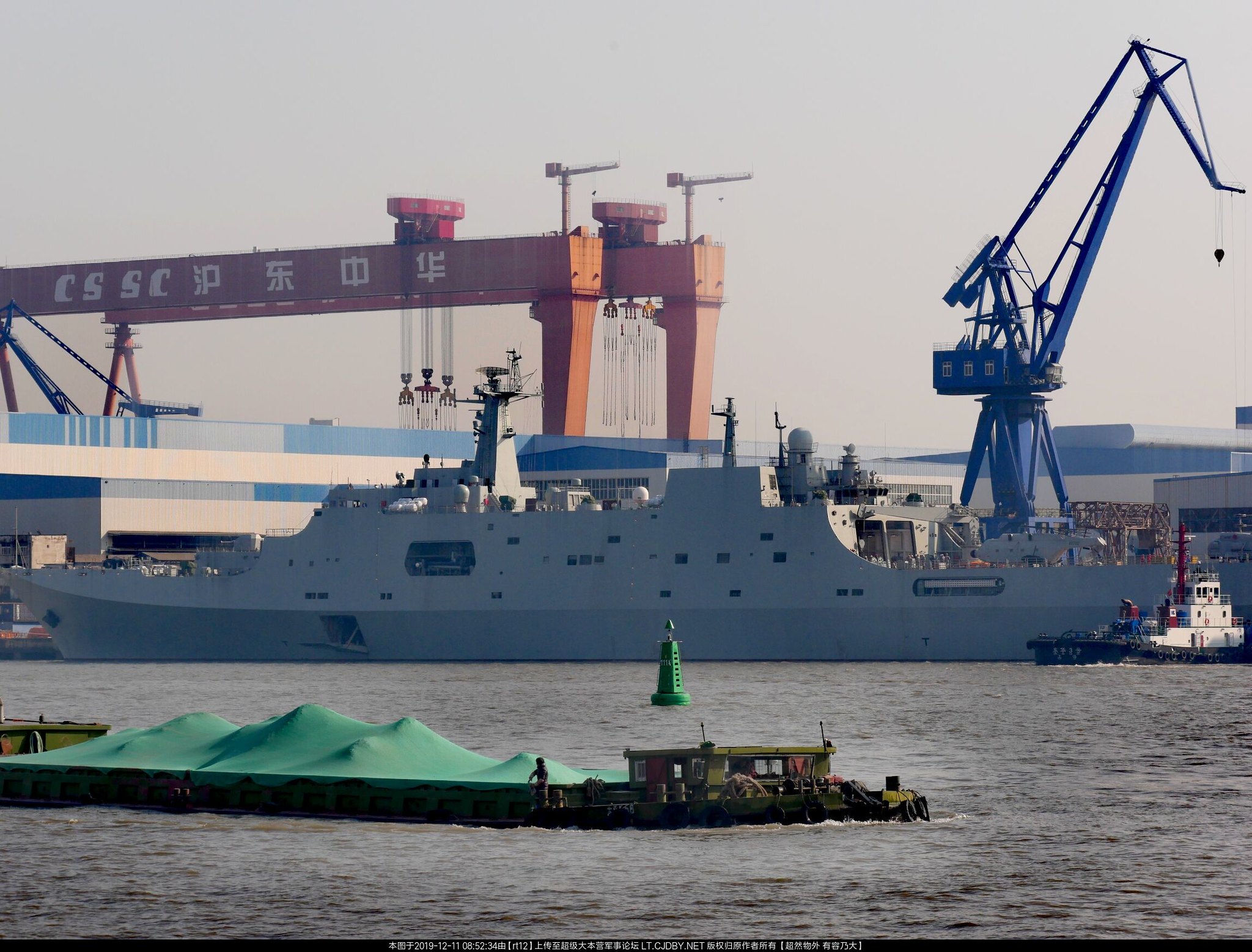 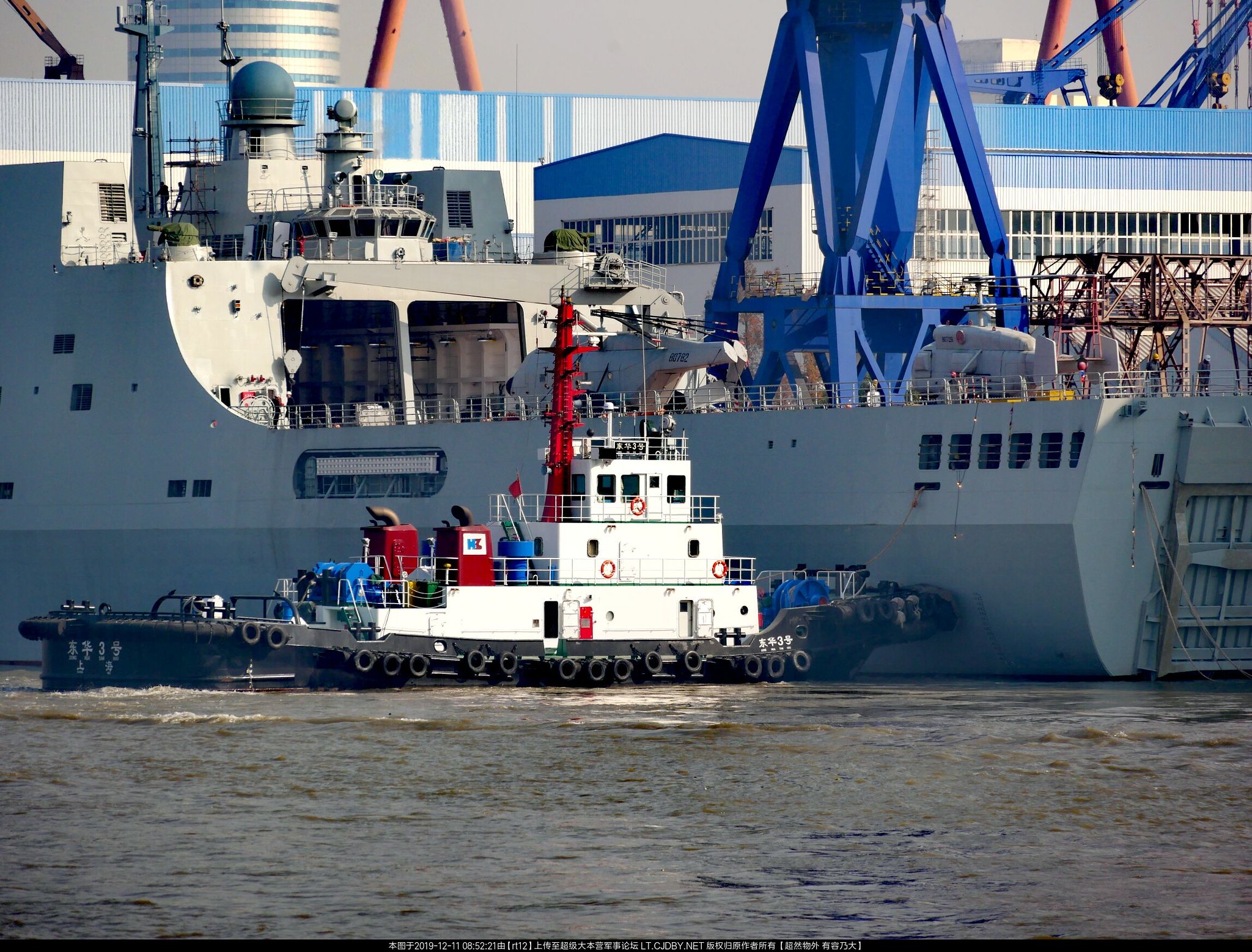 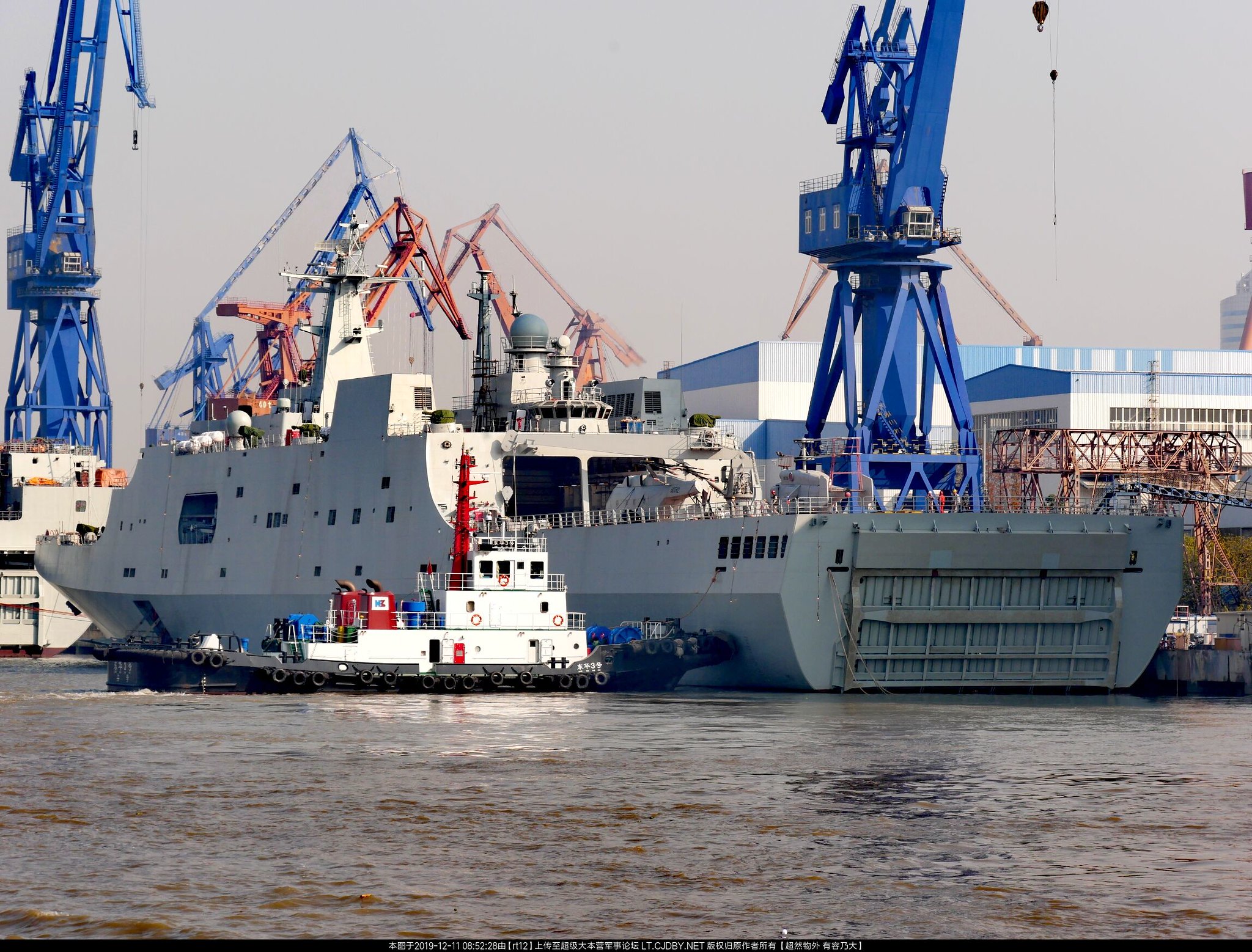 Staff member
Super Moderator
I remember after they built the 3rd one and we were all so impressed when we found a pic of all three.

Now we see that and know that there are four more already built and in the water.

The US has 8 Wasp class LHDs, each displacing 40,000 tons+, and now has built two America class LHAs with the third building. The US will stop with either 11 or 12 HD/LHA Amphibious groups. And remember, now with the F-35B and its 5th gen VTOL capability they US can convert, at any time and in quick order 4-6 of those ships to be carriers if they felt a need to...and with 24 or so F-35Bs, they would be a poerful "escort" carrier.

I know the PLAN is feeling the need for a 5th gen naval fighter, and I would not doubt, when it comes out, that it will have VTOL so they can take advantage of the Type 075 in the same fashion. I am exoecting it as tome point in the future. With Japan, South Korea, Italy, Spain, Turkeu and pssibly Australia and India lining up for the F-35B, it will only make sense for the OKAB t equio their own vessels with the same capability.
T

Registered Member
is it me or these ships don't go at sea very often ? Everytime I come to this channel there's an endless succession of Type 071 at port !
T

Tetrach said:
is it me or these ships don't go at sea very often ? Everytime I come to this channel there's an endless succession of Type 071 at port !
Click to expand...

There are two extremes in their mission. One is to have amphibious exercises with the PLA Marines in the South China Seas. The other, is that they go into long deployments into the Indian Ocean, such as Gulf of Aden escort missions, or do exercises in the Indian Ocean.