Peter2018 said:
Since both type 075 LHD and LNG carriers are very important to China, the major shipyards including HD, DL and JN should expand their building capacity. If they can build oil tankers and container ships bigger than 200,000 tonnes, they should not have problems building many type 075 and even CVs at the same time.
Click to expand...

HD has certainly expanded their capacity, as I have explained, by having new yards at Changxian island. Their old yard at the Huangpu River, which is now surrounded by the Shanghai urban, is the one currently dedicated to making warships.

Jiangnan Shipyard is capable of building LNG carriers on its own. In fact, in the photos where we see the 052Ds and 055s being built, and even parts of 003, there are also signs and sections of an LNG carrier being built. This one is not as big as the one HDZ is building however.

LNG carrier is not easy to make. If this is an MMO, this would be Boss Master level challenge at Extreme Difficulty, the crowning cap for a shipbuilder. Safety is taken very very seriously with these ships, with stringent safety standards set internationally and by the US Coast Guard, or they won't allow you on port. Jiangnan and Dalian can build smaller LNG carriers but still has to work to that level that HDZ has proudly achieved with large scale LNG carriers. Maybe in the future but for now only HDZ does the largest LNG carriers for China and other customers.

Knowing this, I can appreciate that HDZ is a first rate shipbuilder.
T

Registered Member
Via LKJ86 at the PDF. 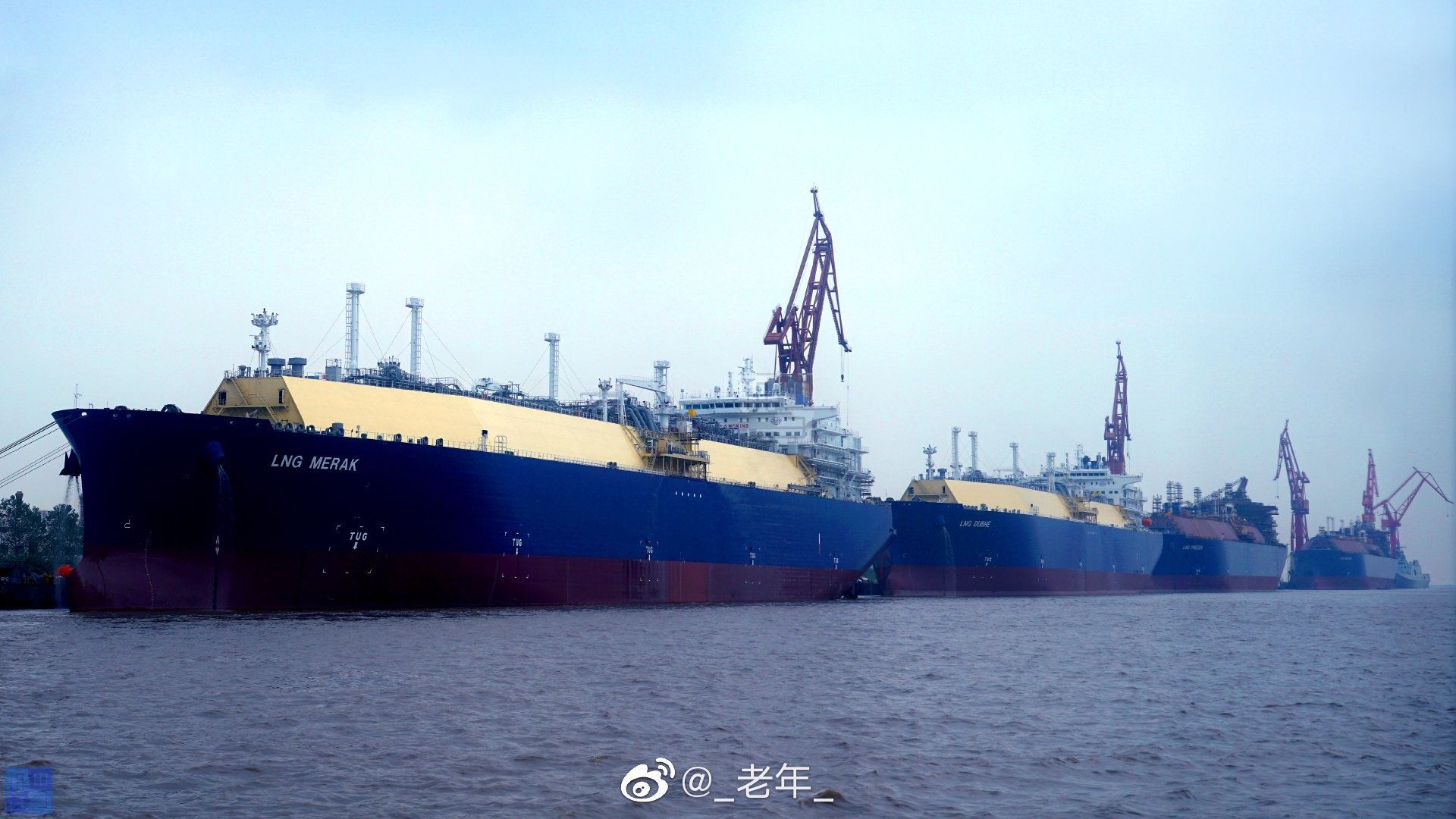 Registered Member
Via LKJ86 at the PDF.

Eighth Type 071 at the fitting stage. You can see her saucer like TACAN at the second tall thin mast. At the right is the shed where future corvettes and frigates are born, probably where the 054A/P is going to be worked at.

Registered Member
#7 is about to be commissioned.
Pennant - 986
Name - Jingtingshan

Registered Member
#8 is about to start sea trials..

Look at those pre-historic helicopters

I hope they don’t fly
S

These helos are mock ups
H

Bhurki said:
#7 is about to be commissioned.
Pennant - 986
Name - Jingtingshan
Click to expand...

Just in time to make room for the second LHD. By the time the last LPD is commissioned, we'll get to see all three LHDs in one place. Assuming there is no rush for the 071E.
You must log in or register to reply here.