gelgoog said:
For every measure there are counter measures. It is like that Chinese story about the lance and the shield. This laser for example operates at a specific wavelength so you could apply coatings to camouflage it in that part of the spectrum or reflect the bottom. Most current methods to detect mines use magnetic detection, but you can also build mines out of non-magnetic materials. You could also use active defenses i.e. passively detect those kinds of lasers and launch a surface to air missile at the target along the beam's path. Heck you could just coat the mines in something which resembles surface algae for example.
Click to expand...

Yes, there are countermeasures.

But how does a torpedo hide cavitation bubbles and propellor noise? Remember that it has to be traveling at high speed to catch up with a surface ship.

Mines are more difficult, but remember a LIDAR only costs 8M USD. You can have a lot of them on cheap platforms
G

Registered Member
Even way back when they used compressed air torpedos. Those are quite silent. You can also use electric torpedos. Also there is no reason why you could not use pump jet propulsion with a torpedo and add an hydrophobic coating to it.
A

gelgoog said:
Even way back when they used compressed air torpedos. Those are quite silent. You can also use electric torpedos. Also there is no reason why you could not use pump jet propulsion with a torpedo and add an hydrophobic coating to it.
Click to expand...

So, a compressed air torpedo can not hit a nuclear submarine, it is too slow for that.
Electric torpedo can hit same slow moving ship, but against fast moving targets only the otto is the solution. 780 & 782
I am looking forward for both ship commissioning, those 2 ship using ultra low frequencies can detect Sub as far away as 700 mile 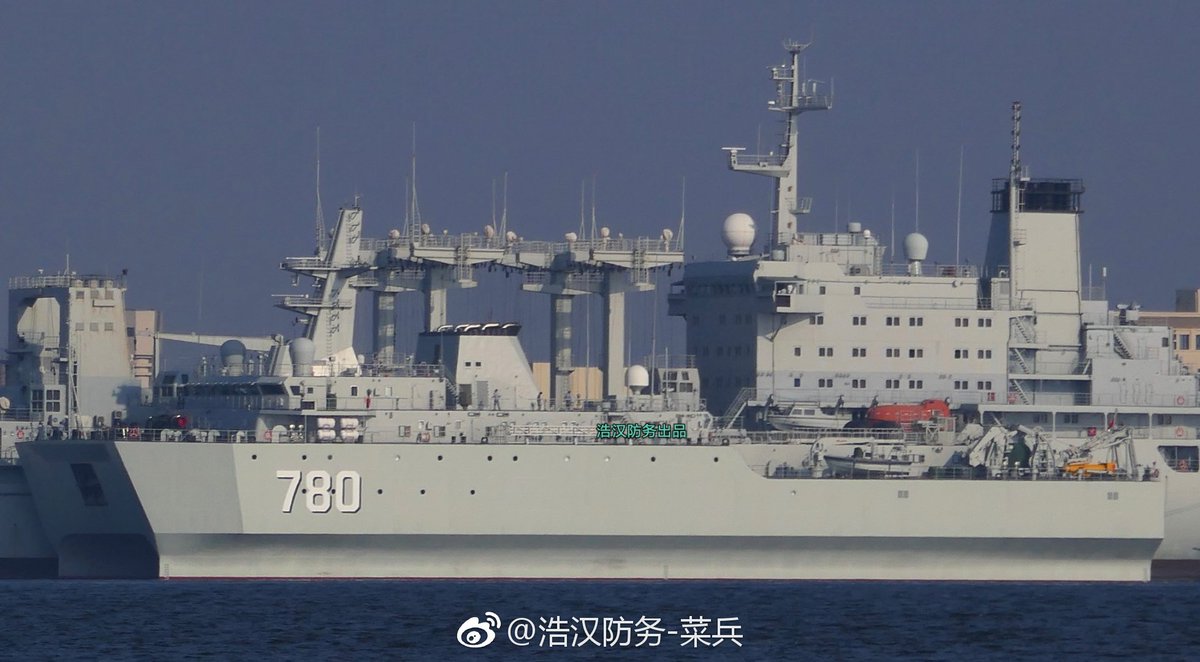 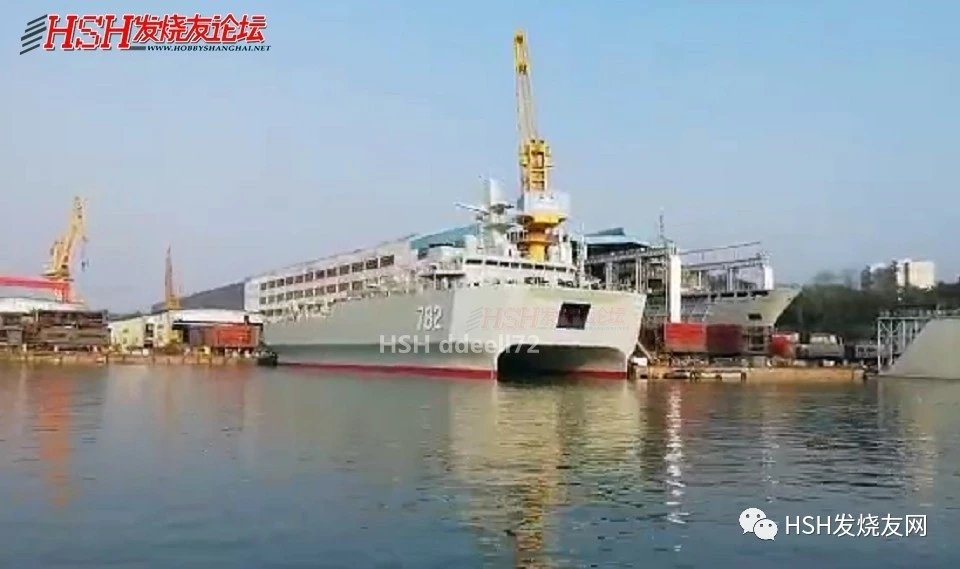 This is important news the UWGW is now in operation. Uplink to Beidou is working smoothly
Chinese scientists have updated 20 underwater buoys, a real-time observation network in the western Pacific, and tested the transfer of data from 6000 meters deep via the Beidou constellation. . 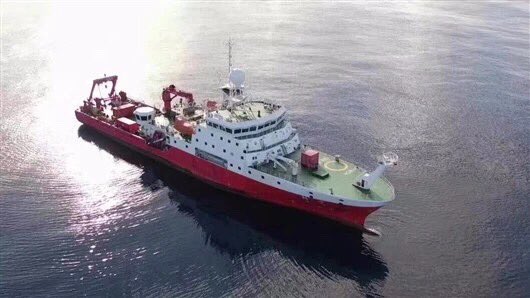 China's most sophisticated research vessel Kexue (Science) returned to the eastern port city of Qingdao on Thursday after wrapping up a 74-day, 12,000-nautical mile expedition. During the trip, Chinese scientists maintained and upgraded the country's scientific observation network in the West Pacific, according to the Institute of Oceanology under the Chinese Academy of Sciences (CAS).

Researchers replaced batteries on 20 sets of submersible buoys on the network, optimized their positions and installed BeiDou satellite communication modules in them.

As the low-volume submersible buoys powered by batteries can only be retrieved once a year, the communication modules were designed to be tiny, power saving and run steadily.

"The data collected by the submersible buoys, including the temperature, salinity, flowing speed and direction of seawater, should be transmitted back to the ground lab by satellites. The amount of data was huge," said Wang Jianing, a researcher at the institute. So they developed multi-module communication and transmission technology, greatly lifting transmission efficiency.

The breakthrough research vessel Kexue made changed the situation. Before, real-time observation of marine data had relied on foreign remote sensing satellites. Now there was improved data transmission security and reliability, according to Wang Fan, director of the Institute.

China began to establish the real-time scientific observation network in the West Pacific in 2014, and realized real-time transmission of deep-sea data in 6,000-meter depth in this expedition, with the depth range extending from 1,000 meters in 2016 to 3,000 meters in 2017.

There are 20 sets of submersible buoys, four sets of large floating buoys and some pieces of on-board mobile observation equipment in China's observation network for scientific research over the tropical West Pacific, which has acquired deep-sea data for five consecutive years. Wang said the data could enhance the precision in ocean climate and environment forecasts.

The tropical West Pacific is home to the world's most sophisticated waters, with the strongest interchange of energy and materials between earth and the ocean.

It has a close connection with the occurrence of El Nino and its duration, which has a significant influence on floods and droughts in China. And the El Nino weather phenomenon, characterized by a warming in the Pacific Ocean, has a profound impact on extreme weather conditions, according to the institute.

Kexue started its first expedition in April 2014 and has fulfilled several missions in the West Pacific Ocean and the South China Sea, with a more than 250-day voyage every year.

The number of Chinese ASW patrol Y-8Q continues to grow each year. Here are the 6 aircraft deployed near Dalian, at the exit of Bohai Bay towards the Yellow Sea, in early February this year. There were only 4 aircraft parked in the same base in August 2018. 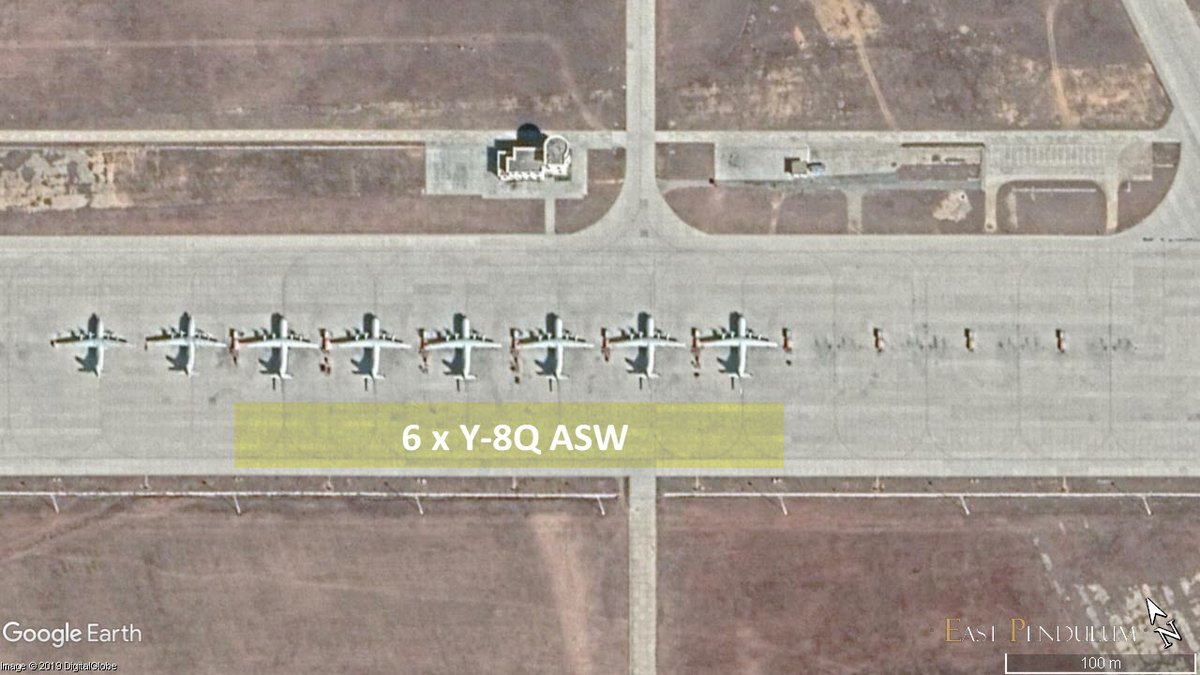 Interesting sofar south
An Indonesian fisherman found a Chinese submarine glider last Saturday on the east coast of Bintan, near Singapore, south of the South China Sea. This is the Hai Yi model (海 翼) designed by Shenyang Institute of Automation, Chinese Academy of Sciences. 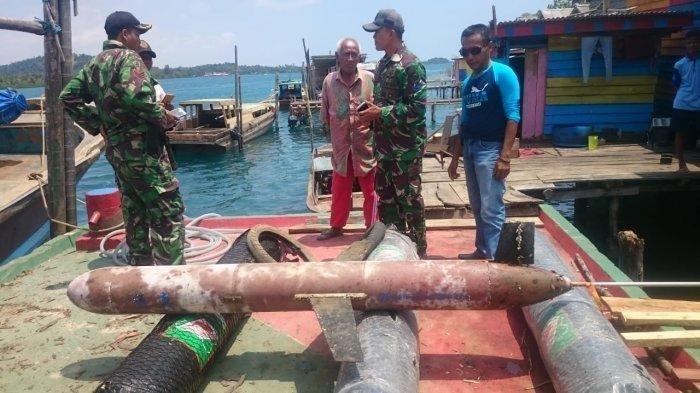 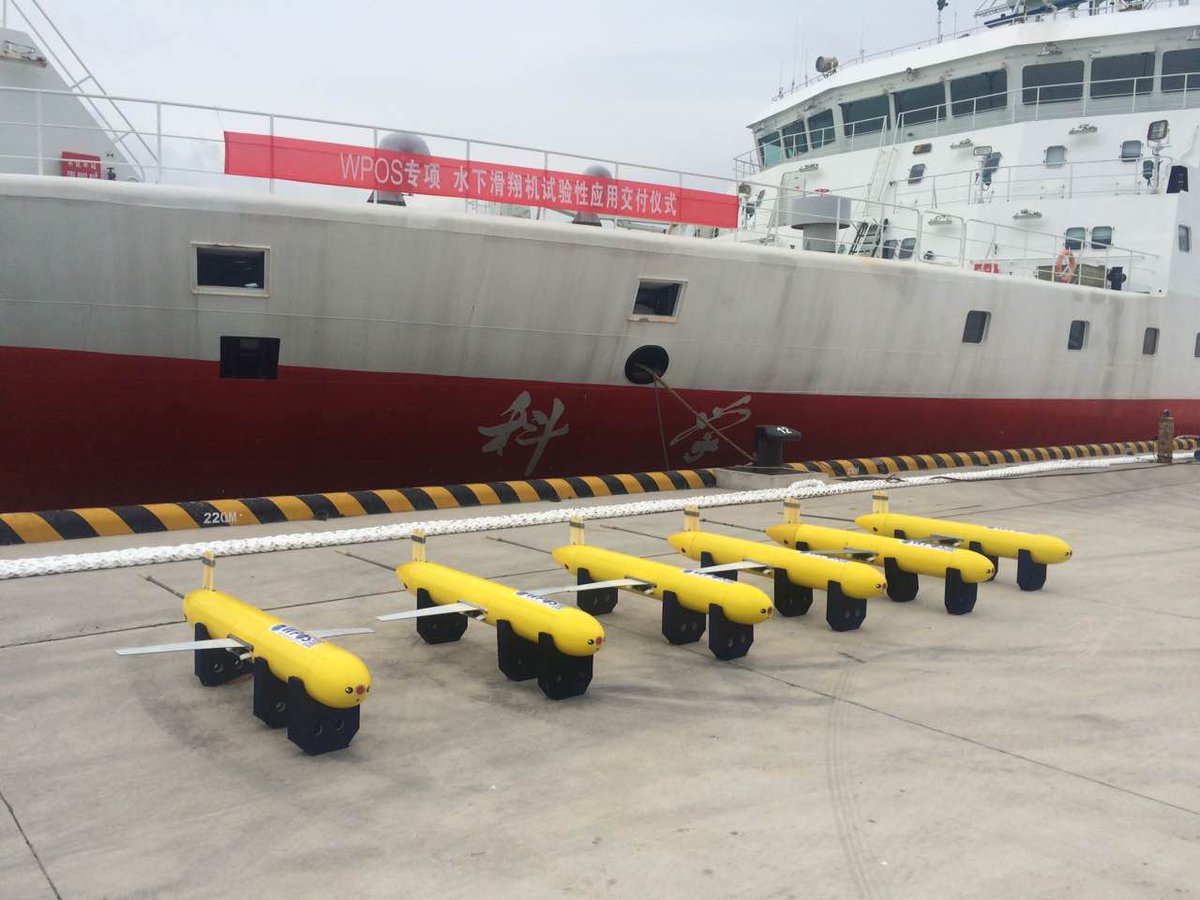 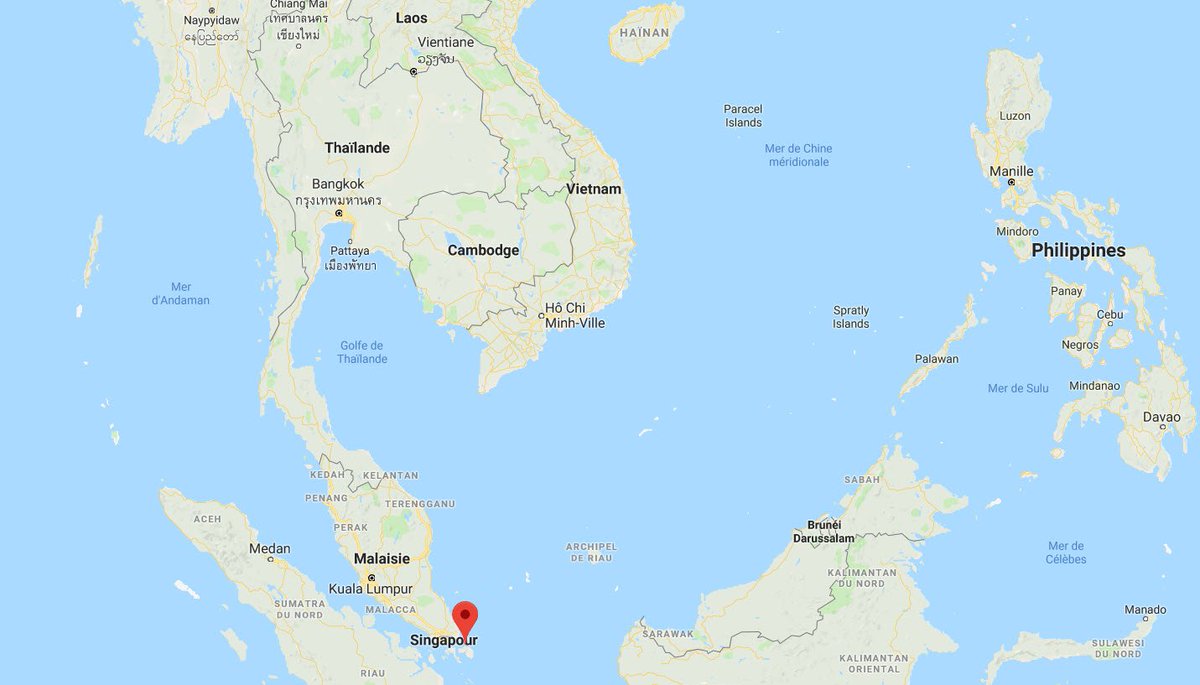 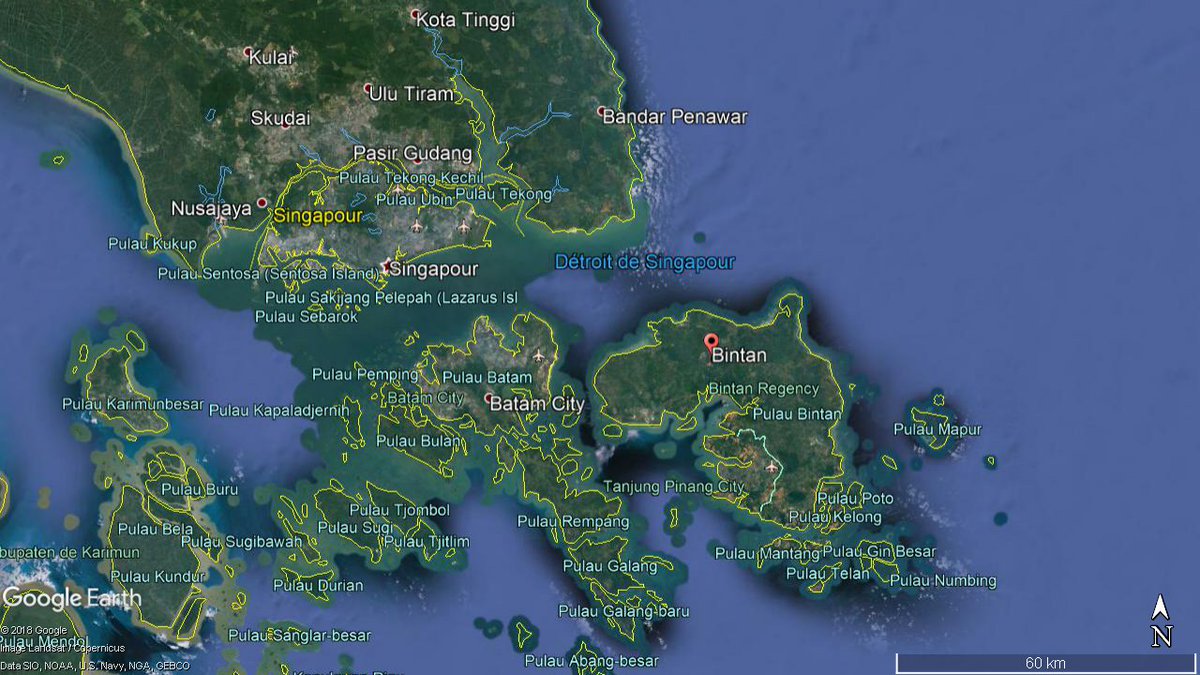 It is more or less official now that the catamaran is sub hunting ship from Henri K blog
One of the catamaran ASW Type 927, this class is a priori specialized in the detection of submarines, according to a source close to the Chinese navy 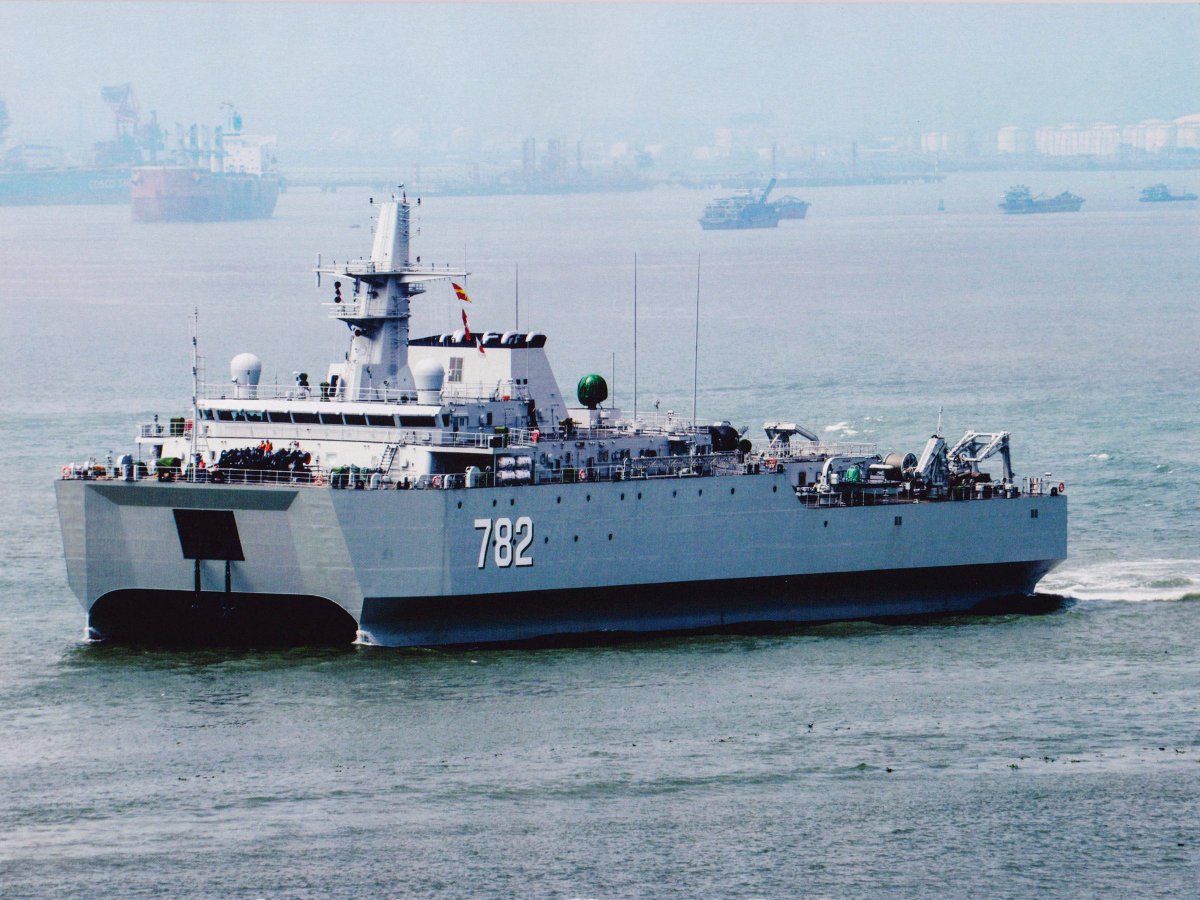