ougoah said:
Ignores the fact that this technology is being researched and tested so nowhere near operational enough for USN to cancel its carriers. Then ignores that carriers are still 100% effective against all other situations even IF this LIDAR technique even works WHEN it becomes operational. Not to mention that carriers are still highly flexible naval platforms that offer much to a navy (submarines too obviously)... following this guy's "logic" anti-tank weapons are fake and aren't ever worth researching because otherwise all armies would have canceled tanks. They still operate tanks, therefore all anti-tank weapons are vaporware, not worth discussing, and if anyone does, Mr. knowledgeable here is justified in treating others like shit and calling them fanboys.
Click to expand...

The USN has no clue about the capabilities of the other adversaries.

And it is true for all direction.
The capability of a million man army is beyond the understanding of any given person.

The carriers are usable to close random big areas on sea for merchant traffic.

That is the target, if you can starve a country then you can won a fight without any bulletshot. Old strategy.
They can use to attack a country IF the military weakened beyond a point.


Anyway, everything that we can see in public literature is only redacted/restricted material, in both direction.

Every military want to decrease the morale of the enemy by claiming supernatural characteristics of they weapon, and call rubbish the enemy assets.

So, no one will say that "current Russians submarines are superior compared to the USA counterparts " , or "the current Chinese/ Russian air defence systems are way better than the american ones". Only claim is the" foreign systems are rubbish ,the USA is superior " .
Under-reporting the issues, over-reporting the problems with foreign ones.


Say nuclear industry. The US has terrible track record, the Soviets / Russians are way better this field than the USA.

However if anyone check the news NOT this picture will be seen.

in the afternoon I lurked as an anonymous and noticed this thread, looked at two pages of demeaning, panda jumping, psycho-analysis and stuff

in the past I would've contacted Mods, but you know what, I won't

maybe you people just found your boxing ring here, so

During the last Chinese exploration at the Mariana Trench, the two underwater gliders "Hai Yi 7000" of the Chinese Academy of Sciences have traveled in total 1446 km, including 15 cycles beyond 7000 m depth. One dive 26 days in a row and the other 20 days. 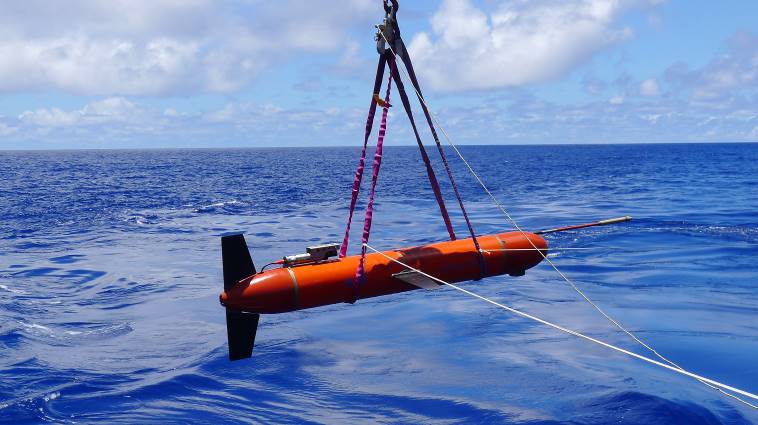 While the eyes of the world have been on the strategic tussle between Beijing and Washington in the South China Sea, Chinese scientists, with the help of the Canadian authorities, have succeeded in positioning four monitoring devices in waters just 300km (186 miles) off the United States’ Pacific coast.

The instruments, which use hi-tech sensors to monitor the underwater environment, are connected to the Ocean Network Canada (ONC), a grid of marine observatories stretching from the northeast Pacific to the Arctic. While the network is operated by the University of Victoria in British Columbia, its four new additions are the property of the Sanya Institute of Deep-sea Science and Engineering, a unit of the Chinese Academy of Sciences, which also developed and built them.

The devices were placed on the Endeavour segment of the Juan de Fuca Ridge by a remote-controlled submersible owned by the Canadian Coast Guard on June 27. Now fully operational, they can be used to provide real-time streaming of data to the Chinese institute’s control centres in Sanya, a city on the island province of Hainan, and elsewhere.

While the ONC confirmed it had sited the Chinese devices within its network, it declined to provide any information about them or say how they might be used.

The Chinese institute was equally reticent, and while the Canadian foreign ministry acknowledged the receipt of a request for comment it did not immediately reply.
The US state department said it had “nothing to say” on the matter.

What is known is that information collected by the devices will help Chinese marine scientists better understand the environment of a strategic waterway close to the United States, and get a close look at the structure and operation of one of the world’s largest and most advanced underwater observatories.

While there is no evidence to suggest China’s military is involved with the project – there is also no suggestion the devices can be used to track submarines or other vessels – maritime environmental data is equally valuable to both civilian and non-civilian researchers.

The ONC is primarily a scientific research facility, but it does also have a defence contract to help the Canadian military monitor Arctic waters with the help of a surveillance system powered by artificial intelligence technology, state broadcaster CBC News reported last year.

Some Chinese government research websites have suggested the positioning of the monitoring devices could be a precursor to China building its own network in the region.

Exactly why Ottawa was prepared to give Beijing such unfettered access to its observatories is a moot point, but it comes at a time of growing rivalry between China and the US, and strained relations between Canada and its powerful neighbour to the south.

The Strait of Juan de Fuca is one of the world’s busiest waterways. Across the strait to the south, not far from the city of Seattle, is one of the United States’ two strategic nuclear weapon facilities – Naval Base Kitsap – which is home to a nuclear submarine shipyard and the only dry dock on the country’s west coast capable of accommodating a Nimitz-class aircraft carrier.


Please, Log in or Register to view URLs content!
Whatever the devices end up being used for, Chen Hongqiao, a researcher at the Centre for Canadian Studies at Guangdong University of Foreign Studies in Guangzhou, said there was no doubting the sensitivity of the issue.

“Deep sea observation networks are highly sensitive, and closely related to national security,” he said. “Countries don’t open them up to third parties unless there is a high level of trust and confidence.”

The decision to give China such access could have only come from highest corridors of power on both sides, he said.

“Such collaboration is very unusual. The implications go far beyond science, [so] it could have only happened with a nod from the top on both sides.”

China and Canada signed a memorandum of understanding in 2013 to collaborate on marine observation, according to China’s State Oceanic Administration, but until recently few actual projects had been initiated.

While it may be a coincidence, the deployment of the Chinese devices came less than a month after the US imposed what Ottawa described as “unacceptable” tariffs on imports of Canadian steel and aluminium. Canada retaliated with duties on US$12.8 billion worth of goods it imports from the US.

In the months since then, Beijing and Washington have become embroiled in a punishing trade war, while tensions between their respective militaries have also spiked.

Xin Qiang, a professor at Fudan University in Shanghai and deputy director of its American Studies Centre, said that such was the sensitivity of the collaboration between China and Canada, that the US might seek to curtail it.

Just last week, US senators sent a letter to Canadian Prime Minister Justin Trudeau asking him to ban mobile operators from using equipment made by Chinese telecoms giant Huawei in their 5G networks.

“The same could also happen to the undersea network,” Xin said. “The Americans are too powerful, the Canadians can hardly say no.”

- ET80, the export version of the Yu-8 anti-submarine missile. 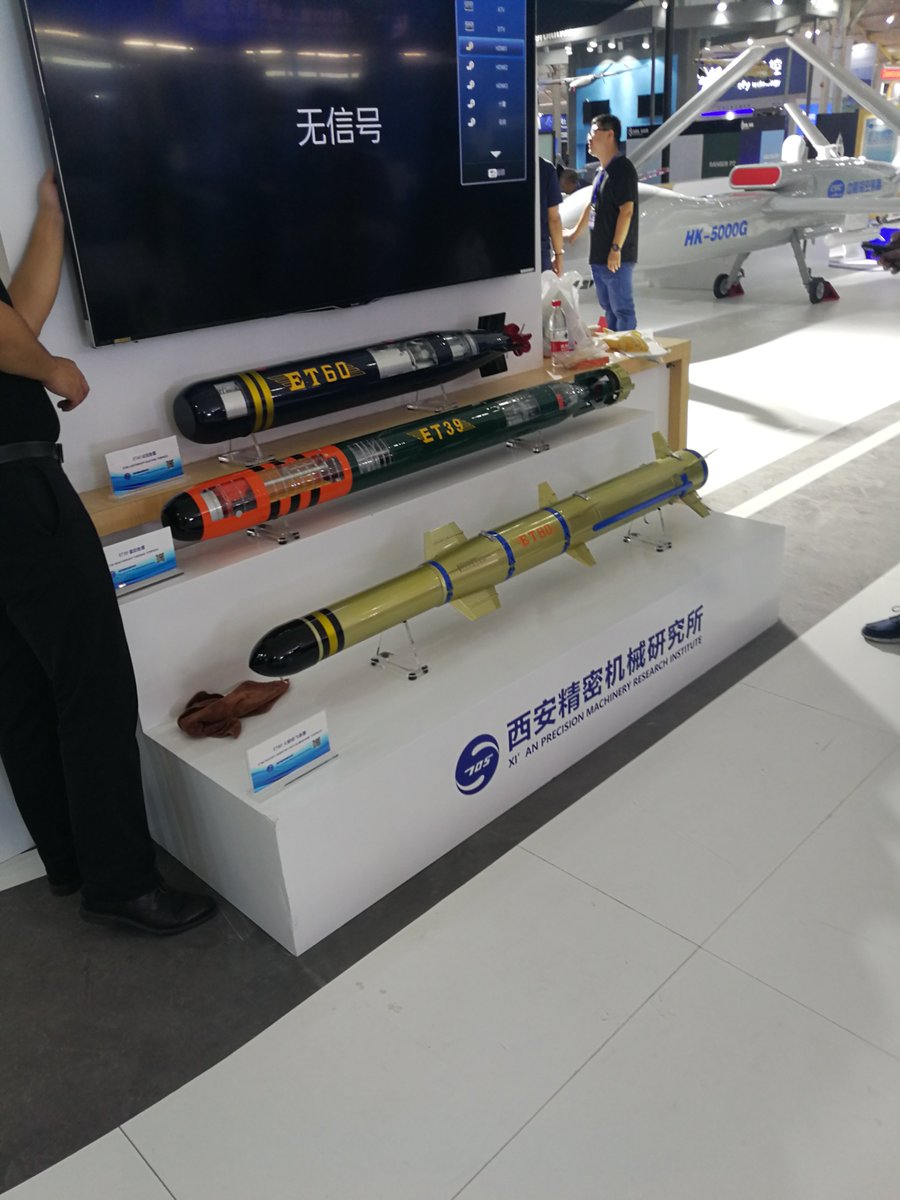 The ALMDS pulsed blue-green laser emits a wavelength of about 510nm, which allows it to operate in a depth of up to 200 meters. 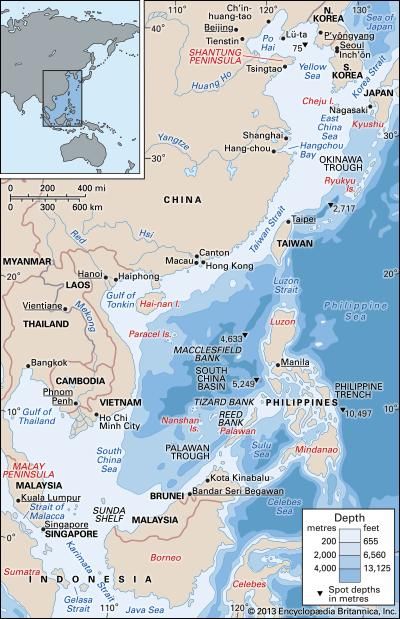 Apparently the laser can destroy sea mines as well.

Could we see lasers mounted underneath surface ships as a last ditch anti-torpedo defence?

So in the future, surface ships would have :
1. Longer ranged anti-torpedo torpedoes
2. Shorter ranged lasers for defence against torpedoes and mines

Registered Member
For every measure there are counter measures. It is like that Chinese story about the lance and the shield. This laser for example operates at a specific wavelength so you could apply coatings to camouflage it in that part of the spectrum or reflect the bottom. Most current methods to detect mines use magnetic detection, but you can also build mines out of non-magnetic materials. You could also use active defenses i.e. passively detect those kinds of lasers and launch a surface to air missile at the target along the beam's path. Heck you could just coat the mines in something which resembles surface algae for example.
A

gelgoog said:
For every measure there are counter measures. It is like that Chinese story about the lance and the shield. This laser for example operates at a specific wavelength so you could apply coatings to camouflage it in that part of the spectrum or reflect the bottom. Most current methods to detect mines use magnetic detection, but you can also build mines out of non-magnetic materials. You could also use active defenses i.e. passively detect those kinds of lasers and launch a surface to air missile at the target along the beam's path. Heck you could just coat the mines in something which resembles surface algae for example.
Click to expand...

This is a bit more difficult than in the case of radar.
The ocean reflect back part of the laser, so it is not just about reflected light, but absorbed as well.

So, if the laser found abnormal reflection or absorption both of them can be trigger for detailed scan.
And the later is nothing else just to start to deploy MAD or sonobuoy.
You must log in or register to reply here.