para80 said:
Forbes has this feature now where any writer can submit pieces under their banner, and they pay for the publishing access. This is why IIRC David Axe is writing "for them" now. Suffice to say the quality of such pieces is extremely hit and miss. HI Sutton wrote good stuff but I think he mostly publishes through Navalnews now.
Click to expand...

He's "Forbes Staff" not a "Contributor" so I think he's a permanent member.
T

Registered Member
We have seen these ships before and are no strangers to this forum. But this is the first time they got their own video.

The Maritime Self-Defense Force's "P-1" (Atsugi), "Amakisa" and "Sasetaka" (Sasebo) confirmed that three Chinese vessels sailed north through the Tsushima Strait to the Sea of Japan. The Self-Defense Forces will continue to make every effort to monitor and monitor the sea and airspace around Japan.

An update from Dalian. Beside the various 055s and 052Ds being fitted out, the shipyard's breakwater is being dismantled or rebuilt. 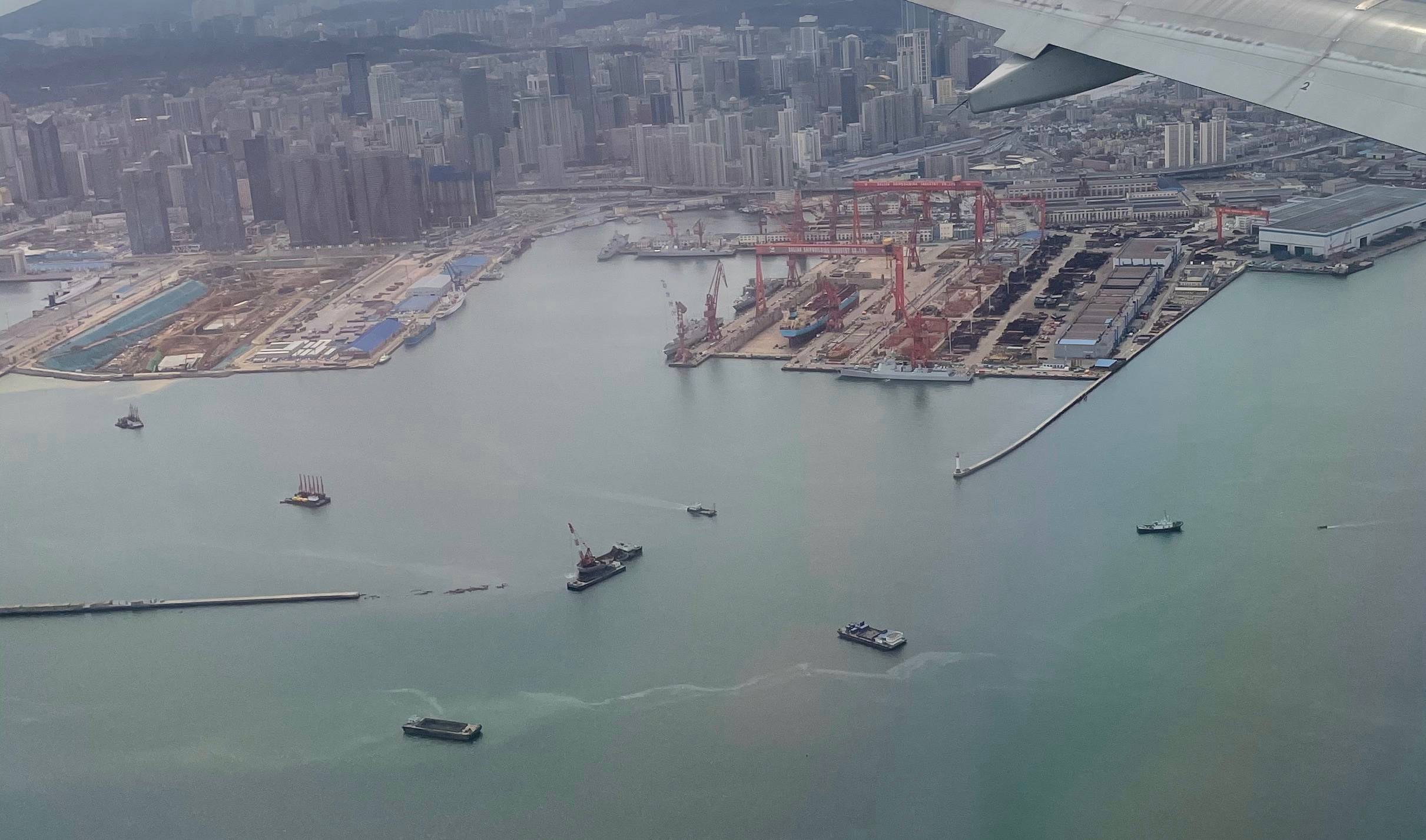 Inst said:
It's about your operational parameters. The reason the Americasn prefer BVR and the Russians prefer WVR is that in WVR, you're likely to get slaughtered even if you're superior due to HOBS. In BVR, technological and qualitative superiority comes into play and you can get ridiculously lopsided kill-counts if the disparity between the planes is good enough.

It also ties into Russia vs China vs India. The Soviets, traditionally, were more into air denial than air superiority. Their primary goal was for their aircraft to get NATO to stop bombing them, or stop bombing them enough that they could complete their mission objectives. The Chinese, and many Americans don't understand this because of their air doctrine, are different. China is a dual land / sea power that, unlike India, has some very undefensible borders (like Russia) but also has its most prosperous and richest provinces on the coast. It constantly has a strategic question of whether to go air or land, but the compromise choice is airpower, which can exert influence both in a land battle or in a naval battle. In other words, China is like the United States is that it wants air superiority, even if it has to spend exorbitant amounts to get there.

India, on the other hand, has a mostly pacific naval front (India has no competitors in its waters, and the United States is neutral), and has mostly land boundaries in contest. So it's closer to the Russian model, except that its operational practice seems closer to the American model in emphasizing air bombardment as opposed to ground bombardment (Indian SPGs are woefully outdated or woefully few in number). It's closer to a hybrid between the Russian model (and the Russians do have good attack planes) and the American model in that they favor WVR, but emphasize bombardment from the air instead of from the ground like the Americans.

As for MKI TVC, TVC grants excellent instantaneous maneuverability, allowing you to put your opponent into your kill zone with ease, or sacrifice energy to dodge a missile or two.

When it comes to PLAAF vs InAF, it's mostly a BVR vs WVR fight; the Indians want to come up close to dogfight (the Sinoflankers and J-10 has no or minimal advantage there, and the Chinese are likely to be outnumbered due to Indian base locations), while the Chinese want to keep the fight long-range so J-10 AESA, J-16 AESA, J-20 AESA / Stealth are decisive factors.
Click to expand...

Yup those TVC and Cobra stunt is good only in Air Show but totally useless in real fight as they bleed energy and drop like a rock allowing the opponent to just drill it
As those Indian bases near the border they will be obliterated the first minute the fight started. come on Inst you have been over estimate the Indian for a long time. BVR vs dog fight is no longer a debating point since BVR missile is so much reliable now

by78 said:
An update from Dalian. Beside the various 055s and 052Ds being fitted out, the shipyard's breakwater is being dismantled or rebuilt.

That looks like a real big ship there, to occupy the dock like that. They might have commercial projects for some real big ships on the way.
You must log in or register to reply here.