Registered Member
It is reported that the brigade has achieved unmanned reconnaissance aircraft ejection and take-off at sea, which has enhanced the early detection and attack capabilities of the services and arms joint landing operations. This operation overcomes unstable factors such as sea winds, big waves, high swells, etc. In the early stage of landing, it guided friendly neighbors and the enemy to attack, cleared the enemy's depth targets, and ensured that the subsequent landing troops successfully completed their tasks.

First of all PLEASE do not hotlink images, we have an own uploader for images and second ... it was already posted:

Russia has no where near the naval capability China has yet Russia seems to be very much more aggressive towards Western countries, and the West is more afraid of Russia no doubt about it I was watching a Naval documentary and only 2 very old Russian warships one of which was a auxiliary...
www.sinodefenceforum.com
G

Deino said:
First of all PLEASE do not hotlink images, we have an own uploader for images and second ... it was already posted:
...
Click to expand...

I have to agree. At least use an imaging service like imgur and embed the image.
Regular web site images can be removed or the URLs can change on short notice. Direct links might even be blocked.
The built-in forum image system is easy to use, just copy & paste the image to the text box. My only gripe with it is that if you aren't logged in you can't see the images. I guess this is done to prevent DDoS attacks on the forum.

A TV segment on the weapon testing ship Bisheng (around 4:15 mark). 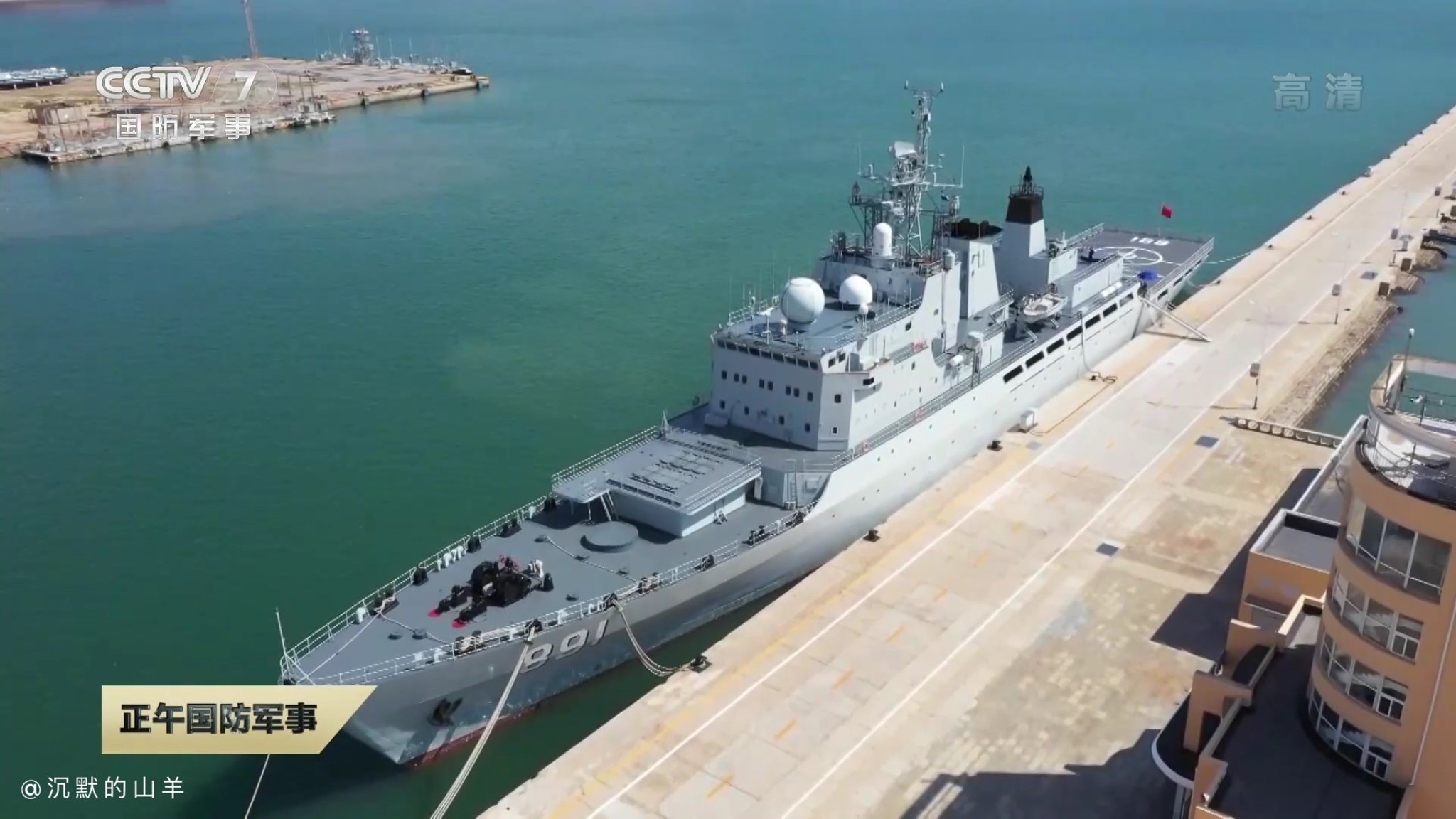 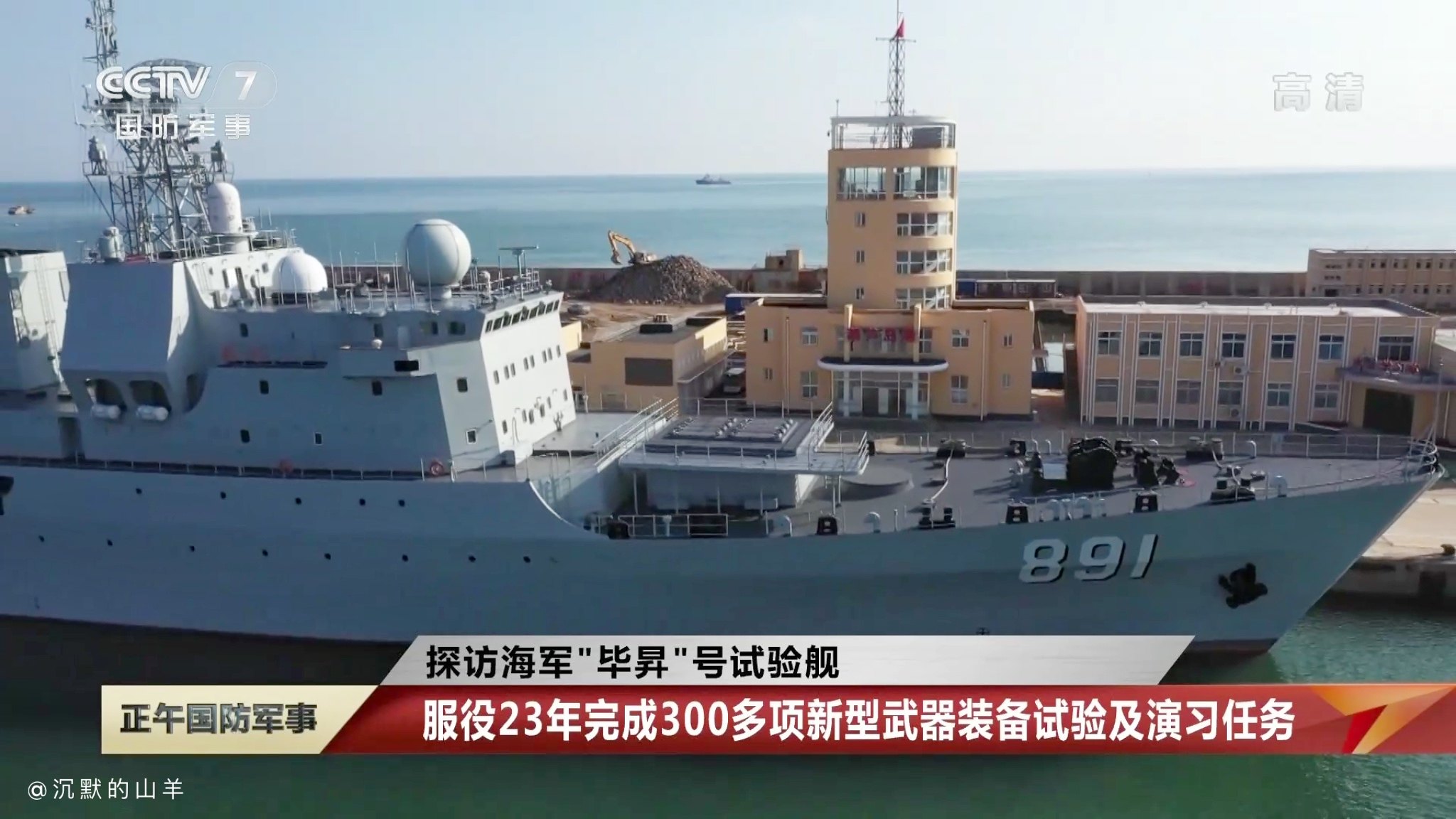 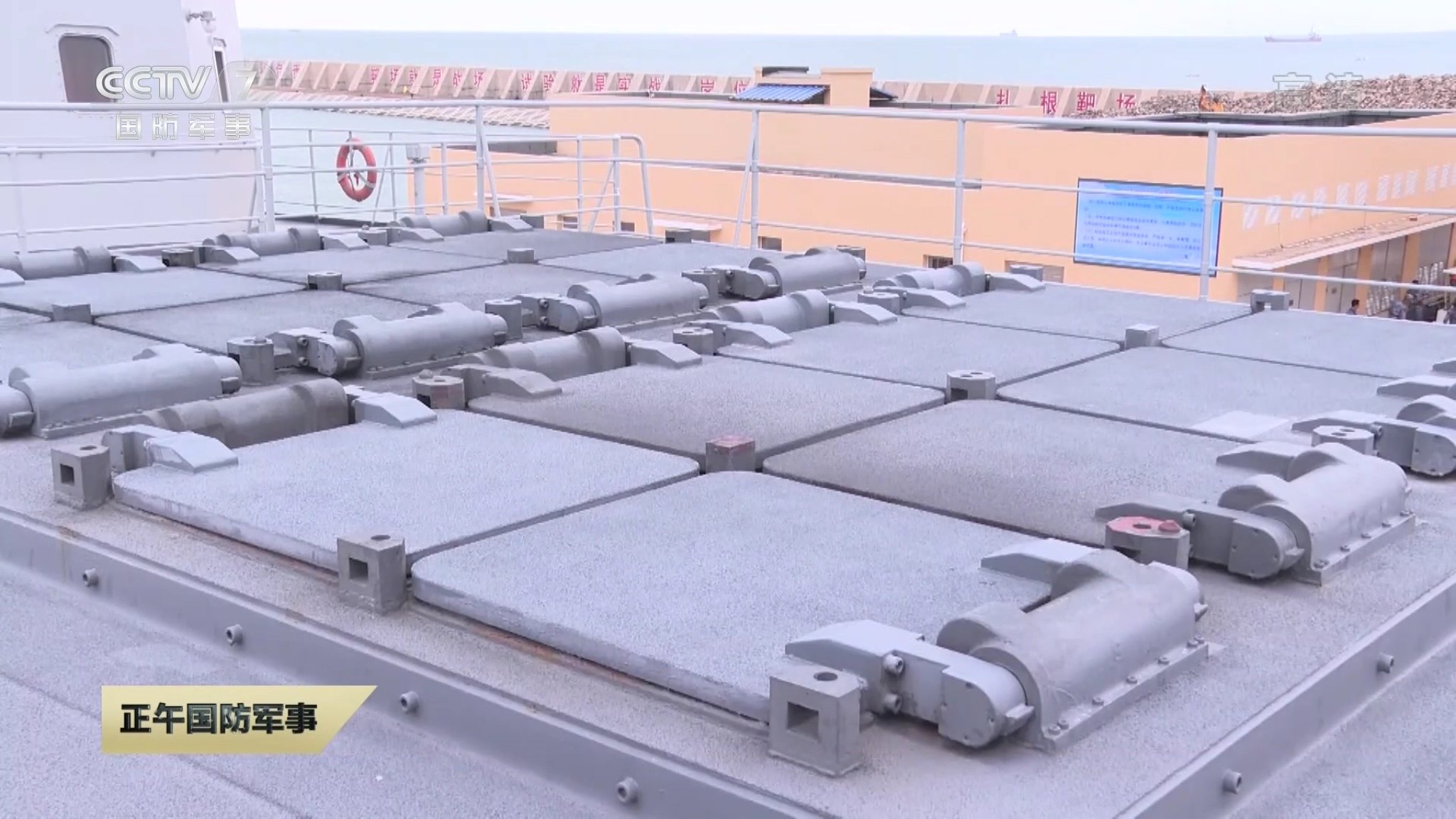 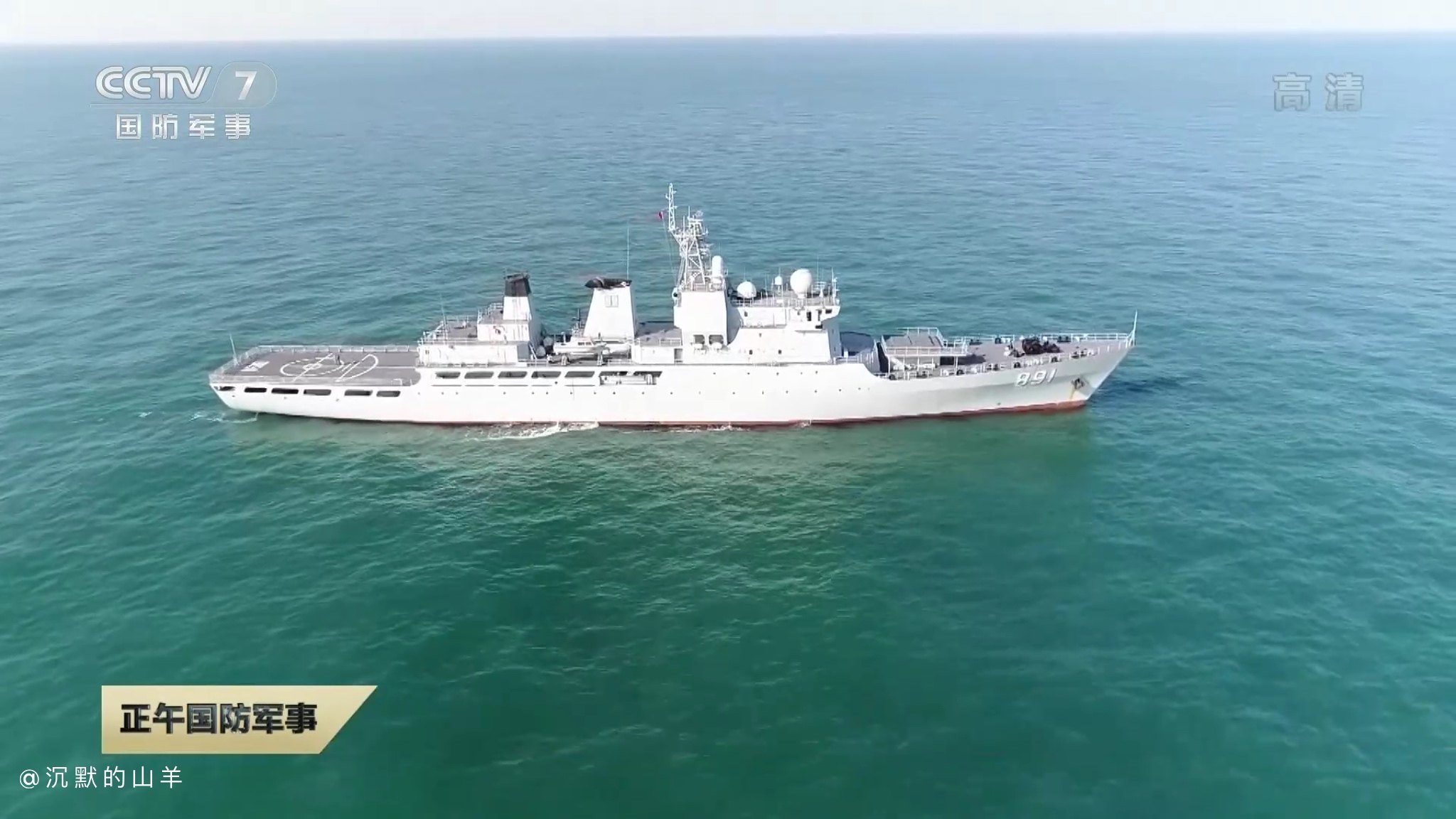 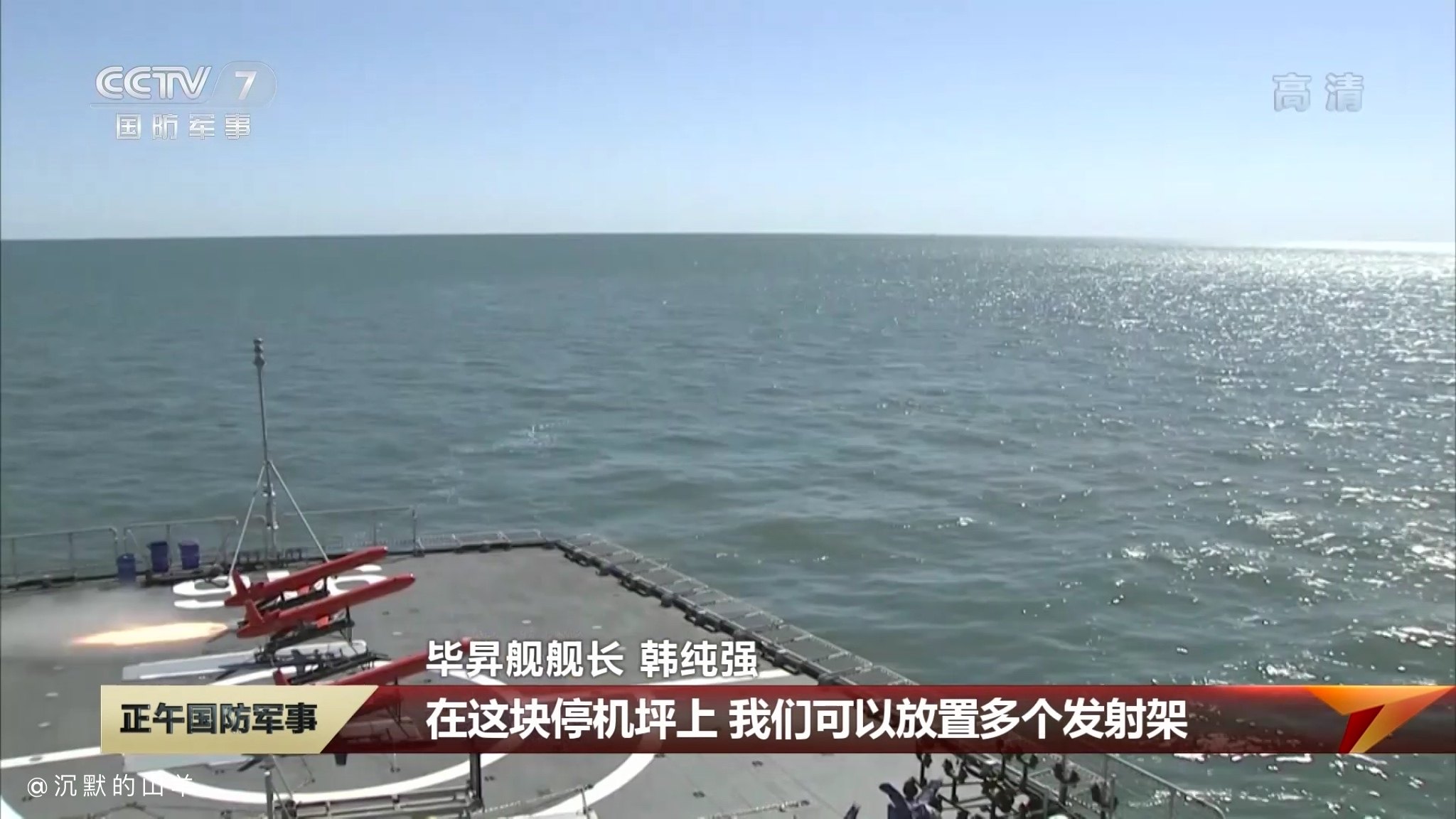 by78 said:
A TV segment on the weapon testing ship Bisheng (around 4:15 mark).

Film clip has many gems including:

In formation in sea along with Test Ship 892, plus some other ships.

Some of the VLS firing scenes were from ship 892 instead of 891, likely to be PLA stock footage. You can see the Type 382 Top Plate radar rotating. 892 is fitted with the AJK-16 VLS for testing while 891 is fitted with U-VLS.

The Type 346A radar that used to be attached to the side of ship 892 for testing is gone.

There is a scene with a low altitude intercept of a SAM at a sea skimming target drone, although its not clear if the missile is an HQ-16 or HQ-9 and is PLA stock footage.

Some scenes of YJ-18 launching. The YJ-18 does not pop its motor after its launched from the VLS like the HQ-9 but simply burns from the start. The take off of the YJ-18 is slower than the HQ-9, almost leisurely compared to the immediate sprint of the HQ-9.

Antiship missile in terminal stage. With the fuzziness its hard to see what it is. My impression is that it is a rocket being without belly intake. Could be old YJ-81 stock footage but the rocket lacks midsection wings.

Scene shows an antiship missile literally slicing through its target like a bullet through butter. Could be stock footage.

Nothing really new or exciting happening on 891, other than testing EW equipment. Even these might have concluded some time ago.