That's either unrealistic or bad tactics concentrating AA units like that instead of dispersing them.

PanAsian said:
That's either unrealistic or bad tactics concentrating AA units like that instead of dispersing them.
Click to expand...

You'd think they'd be more dispersed... but during many drills and even real operations in some western militaries, SAM batteries are often clustered together in organizational units of relatively close proximity. I think only certain types of drills would require more thorough dispersal.

I think dispersal depends on tactic/strategy and geography.

If they were employing shoot-and-scoot ambush tactics, obviously dispersal is a must.

However, if they wanted to establish a sort of a bastion of hardened, layered defences and put up a big, "thou shall not pass" sign, around say key static installations, concentrating your long range launchers could make sense if you got other assets like LD2000 CIWS, HQ7 short range SAMs and the like providing point defence to your longer ranged systems.

In an open desert environment as those pictures showed, dispersal may also be less effective as you either have no natural cover to exploit to hide your assets with or those natural cover are too sparsely placed to easily take advantage of, so a stand-and-fight approach may be more effective.

PanAsian said:
That's either unrealistic or bad tactics concentrating AA units like that instead of dispersing them.
Click to expand...

Depends entirely on the parameters of the exercise and its scenario(s).

We do not know what the PLAAF was testing or exercising in that instance..

But the PLAAF did...and they set up their exercise accordingly.

For all we know, perhaps they had several such areas in strength like this, dispersed at critical locations across a broad area, because they were exercising against massed attacks against entire divisions or complete army group.


​
Policemen transfer injured passengers from a bus accident to a hospital in Shanghai using helicopters on Nov 3, 2014. This is the first time for the police in China to use helicopters in rescue operation. [Photo/chinanews.com]

Aircraft has potential to help with tasks like counterterrorism, search and rescue
China should produce prototypes of its two ultrafast helicopters within the next decade, the country's chief helicopter designer said.

"The development of advanced, new-concept helicopters has been included in national aviation industry plans and related experiments such as the wind tunnel tests are underway," said Wu Ximing, chief helicopter designer at Aviation Industry Corp of China.

"We expect to produce some proof-of-concept prototypes within the coming four to five years to examine their design and to conduct some test flights," he said. "Then we plan to make production prototypes before 2025."

Aviation Industry Corp of China debuted models of several new-concept helicopters at the Second China Helicopter Expo in September 2013. Among the exhibits were the Blue Whale tilt rotor aircraft and the unmanned Jueying-8 helicopter. Both are still being developed by the company's Helicopter Research and Development Institute.

The Blue Whale's edge will be its ultrafast speed－700 kilometers per hour, which is twice the top speed of most current helicopters.

The Jueying-8 will be an unmanned, high-speed helicopter. Designers hope its shuttle-shaped structure will enable it to achieve a maximum speed of 400 km/h. The unique design will also make the helicopter less detectable by radar.

Wu Peixin, an editor at Aerospace Knowledge magazine, said the projects show China has expertise in the development of composite materials, aerodynamics and helicopter engines.
Song Zhongping, a military affairs commentator, told Qianjiang Evening News of Zhejiang province that ultrafast helicopters will have huge potential in counterterrorism and anti-submarine tasks and maritime search and rescue. Their high speed will be helpful for them to evade anti-aircraft weapons, he added. 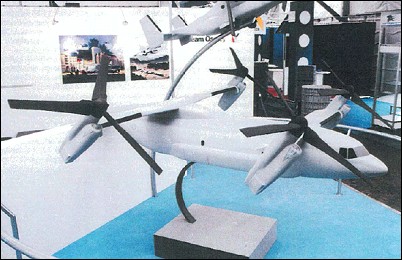 I remember a similar German proposal from half a century ago that was advertized as useful for holiday goers going to places on some Mediterranean coast that would become popular, and perhaps loose it popularity, faster than an airport could be built to serve it.
A

We talked about this a lot, but finally the news from China
中国飞行员对巴基斯坦优势扩大 演习多次一边倒 The advantages of Chinese pilots over Pakistan getting wider, in many exercises repeatedly one sided


Translate said:
The excellent quality of the Pakistan Air Force pilots flying is well known, but in China and Pakistan joint maneuvers of recent years, the Chinese pilot advantage over Pakistan is widening. On more than one occasion there have been one-sided events. In the northwest desert, China's "Blues" it is not only the Pakistanis who experience Chinese progress, more importantly, it is, India, with their large SU-30MK fleet, where China's "blue Army " is exhibiting standards far above their Indian counterparts.
Click to expand...


Translate said:
Even in Korean relations, we have also seen the China "blue" force exhibiting its capabilities. Due to their lack of domestic oil, the flight time is often very limited. for Korean pilots. Although they have the third-generation MiG-29, but older model, we have not seen a lot of Korean modern fighter pilot with "HUD" capabilities. Switches in the aircraft greatly reduces the glass cockpit and a "hands on the bar," and results in a loss in their reaction time. But as a result of Chinese training, North Korean pilots have a certain improvement in the level of flight operations. Many also exercise their large fleet of F-7 in combat and develop a preliminary understanding of information warfare.
Click to expand...


Translate said:
All in all, the birth of this special Air Force "blues", not only means that China and the United States Air Force have the "aggressor" squadron capability with Article 64 par "grindstone." It marks the Chinese "blue" forces as continuing a career-oriented direction, which reflects China's determination to fully develop its combat military training.
Click to expand...