Registered Member
I wonder what the guidance method of the LY-70 is. To me it seems command guidance with a rotating radar acting both as a search radar and a tracking radar with staring ability, providing command updates to the missile. This way it can omit a dedicated tracking radar making the system very compact and the missile not needing an expensive seeker.

Or it could just be a coincidence. 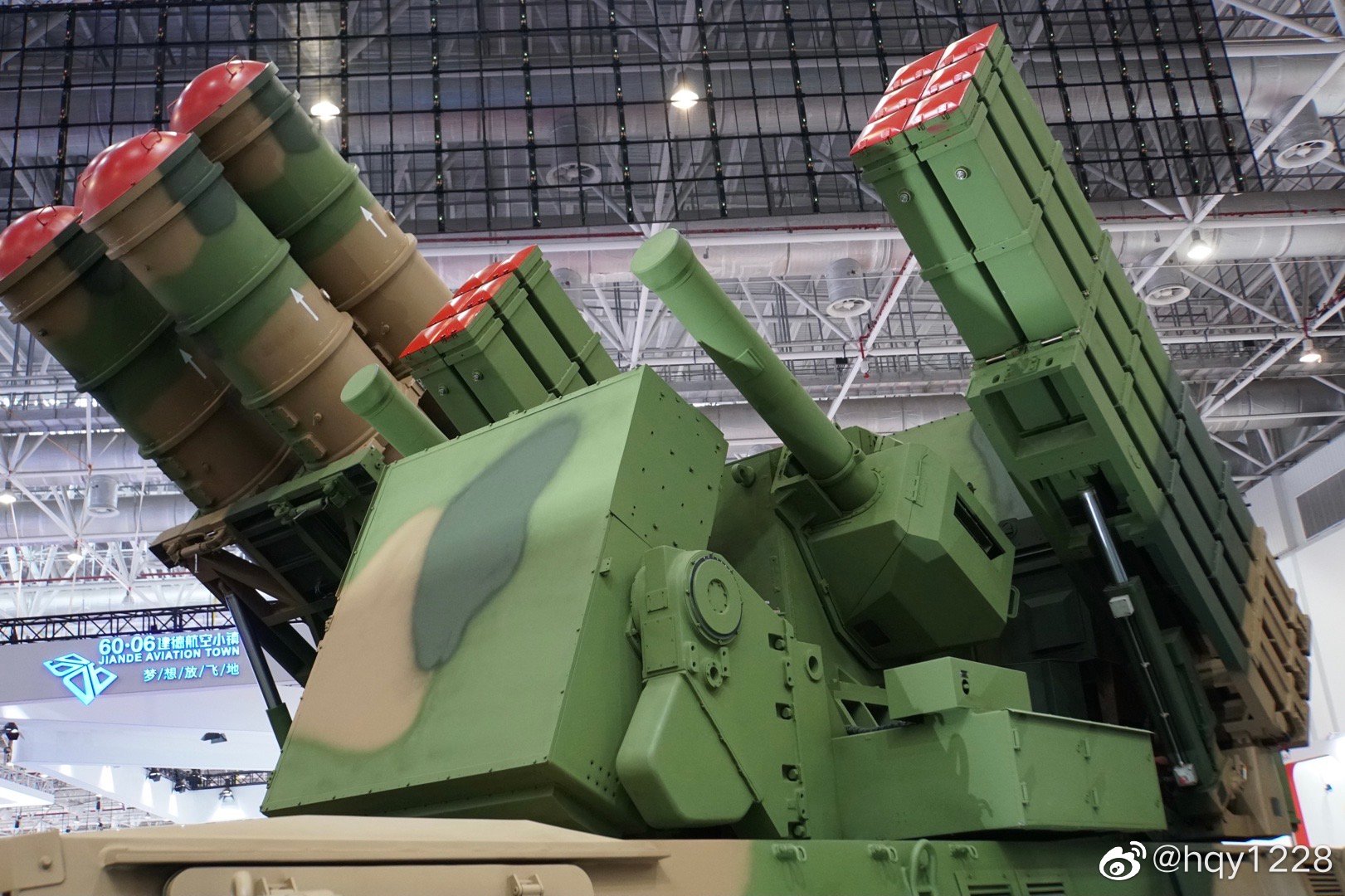 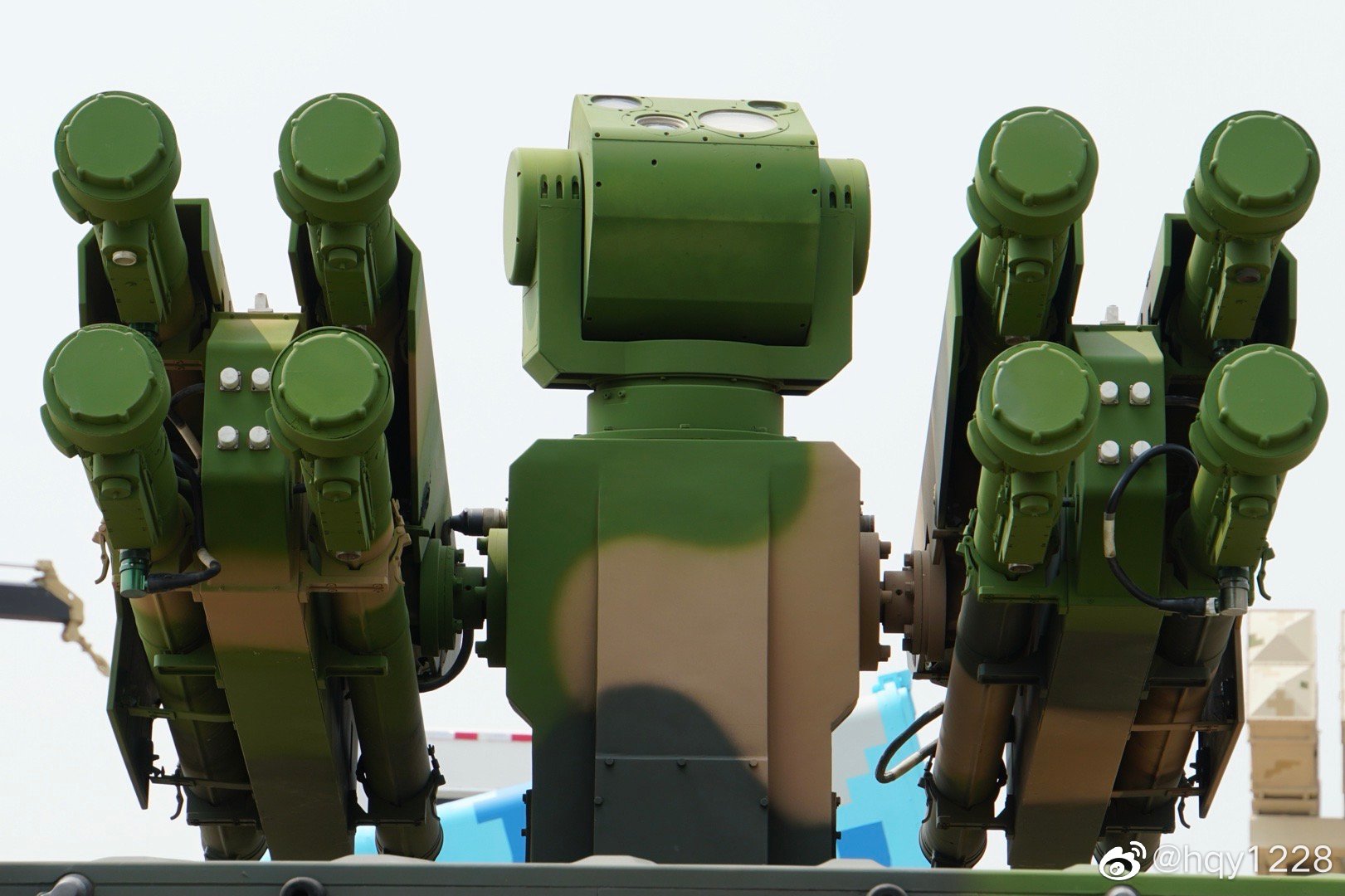 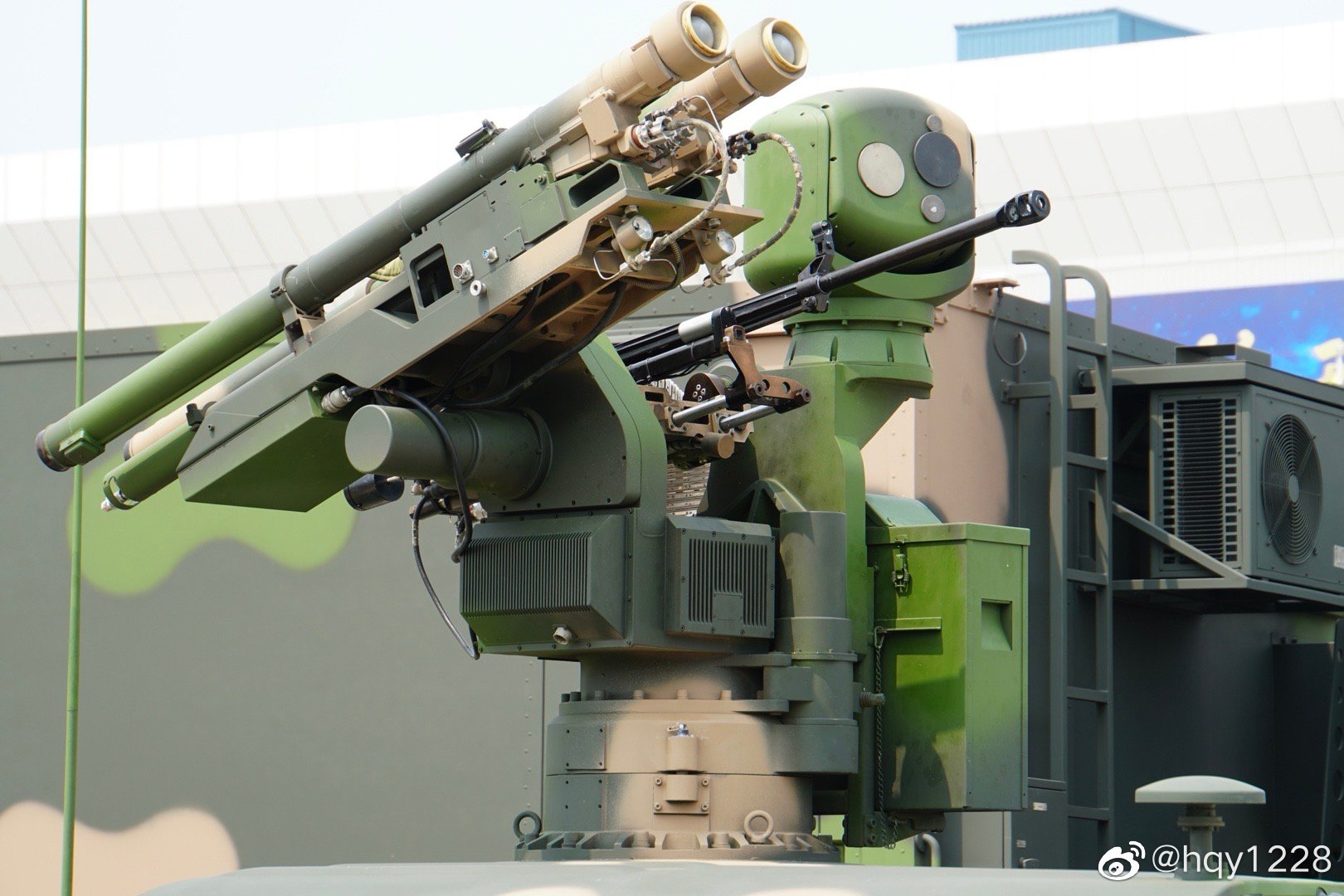 Various SAMs on display at Zhuhai... 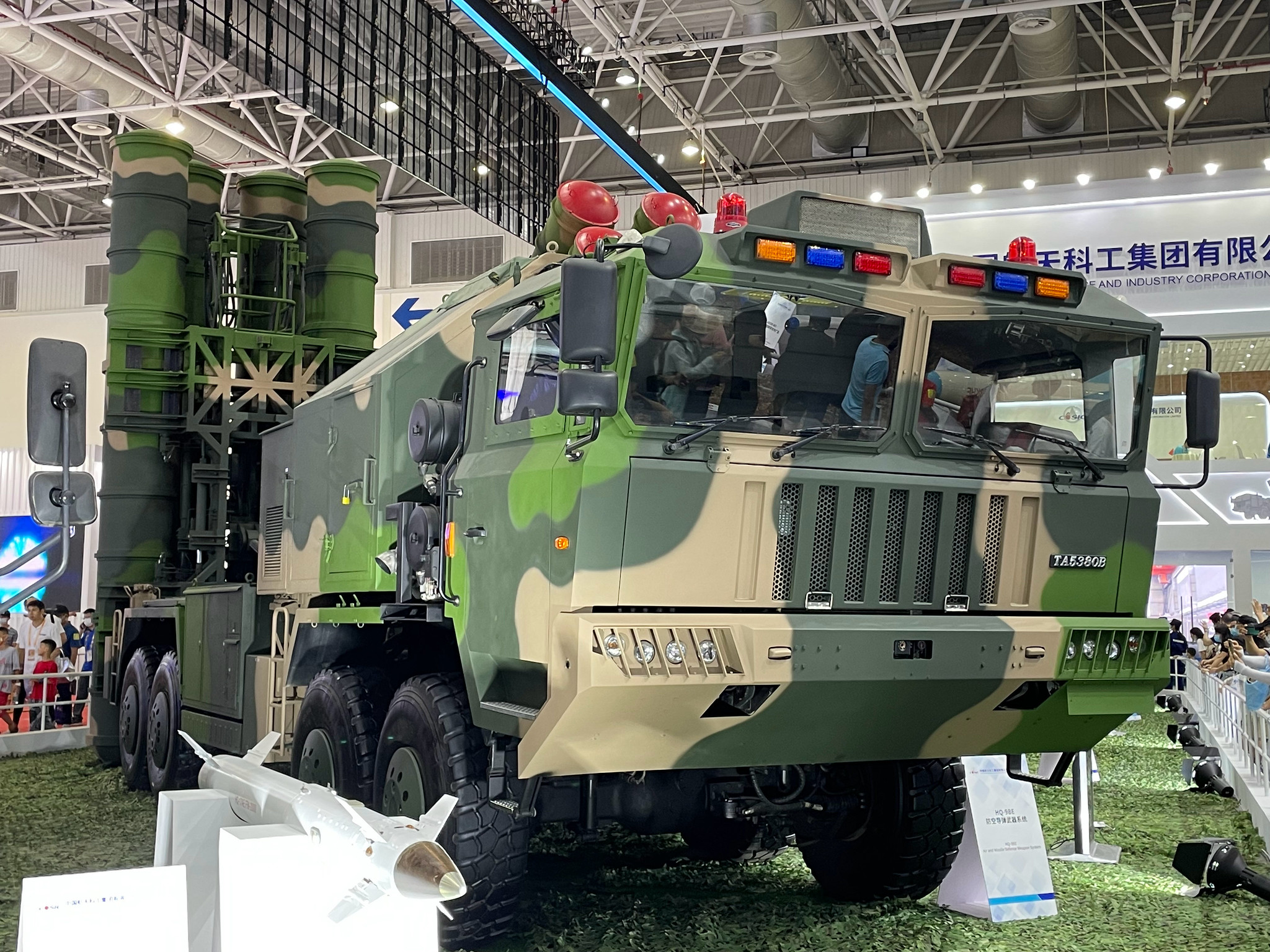 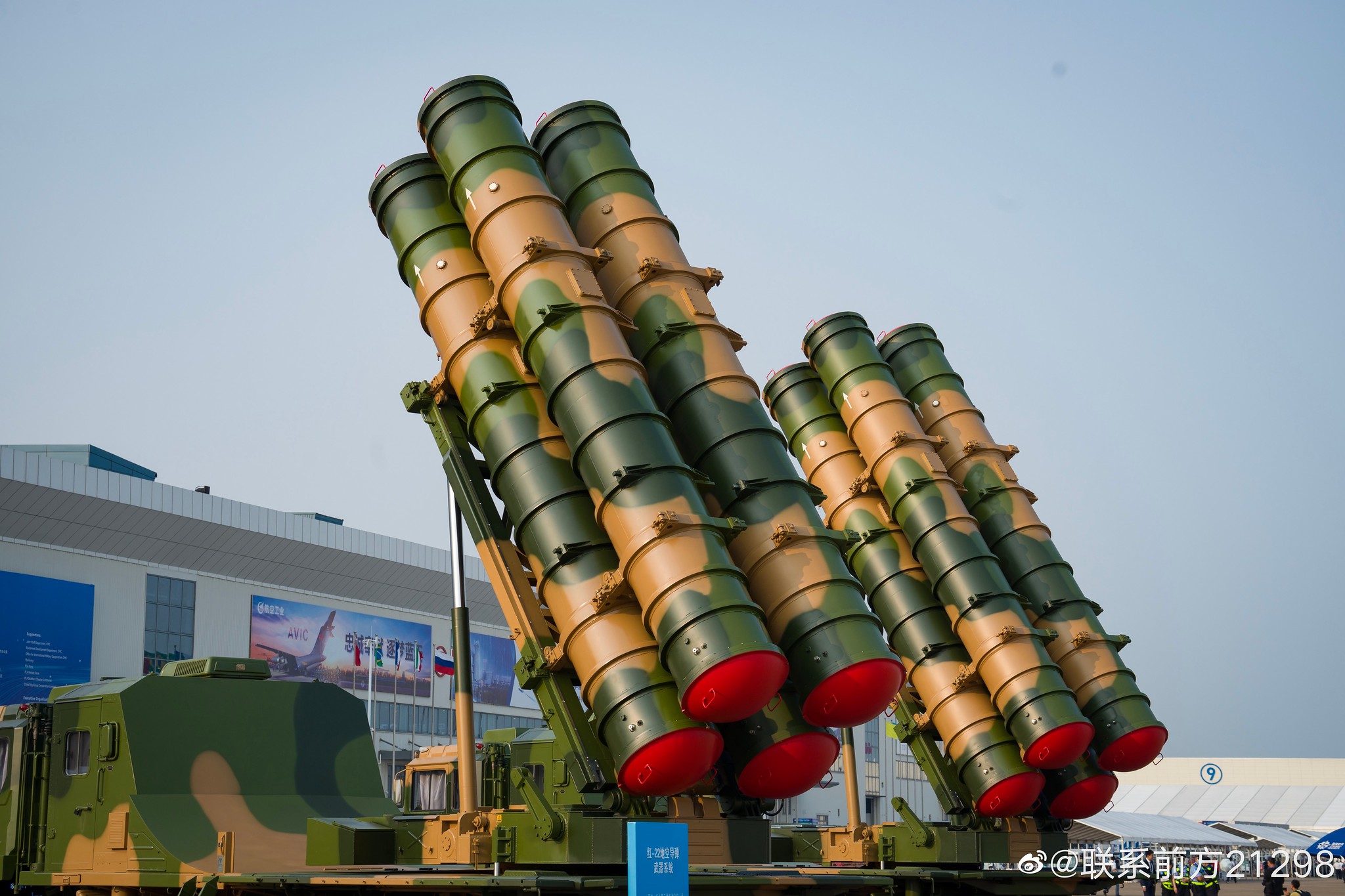 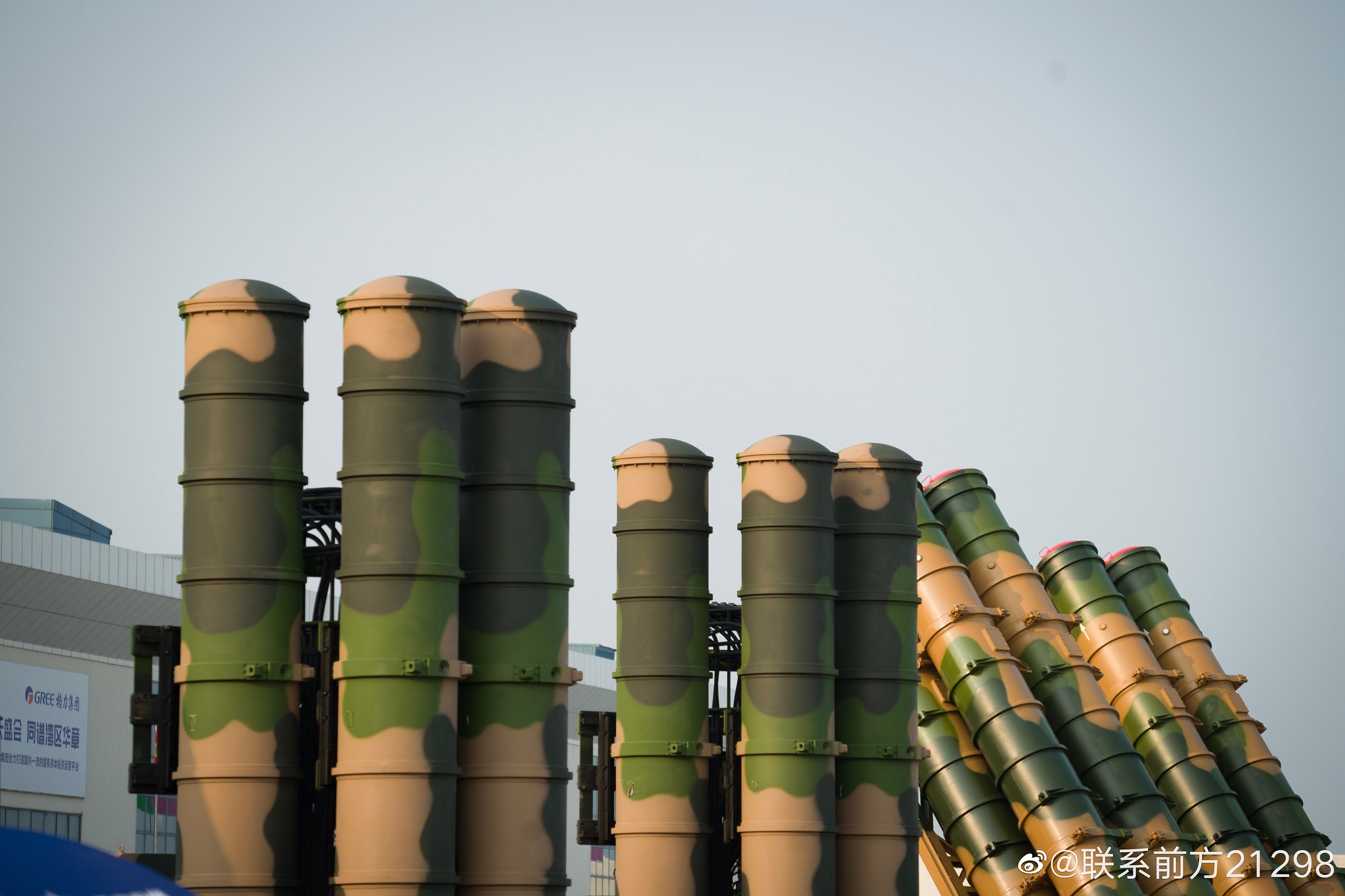 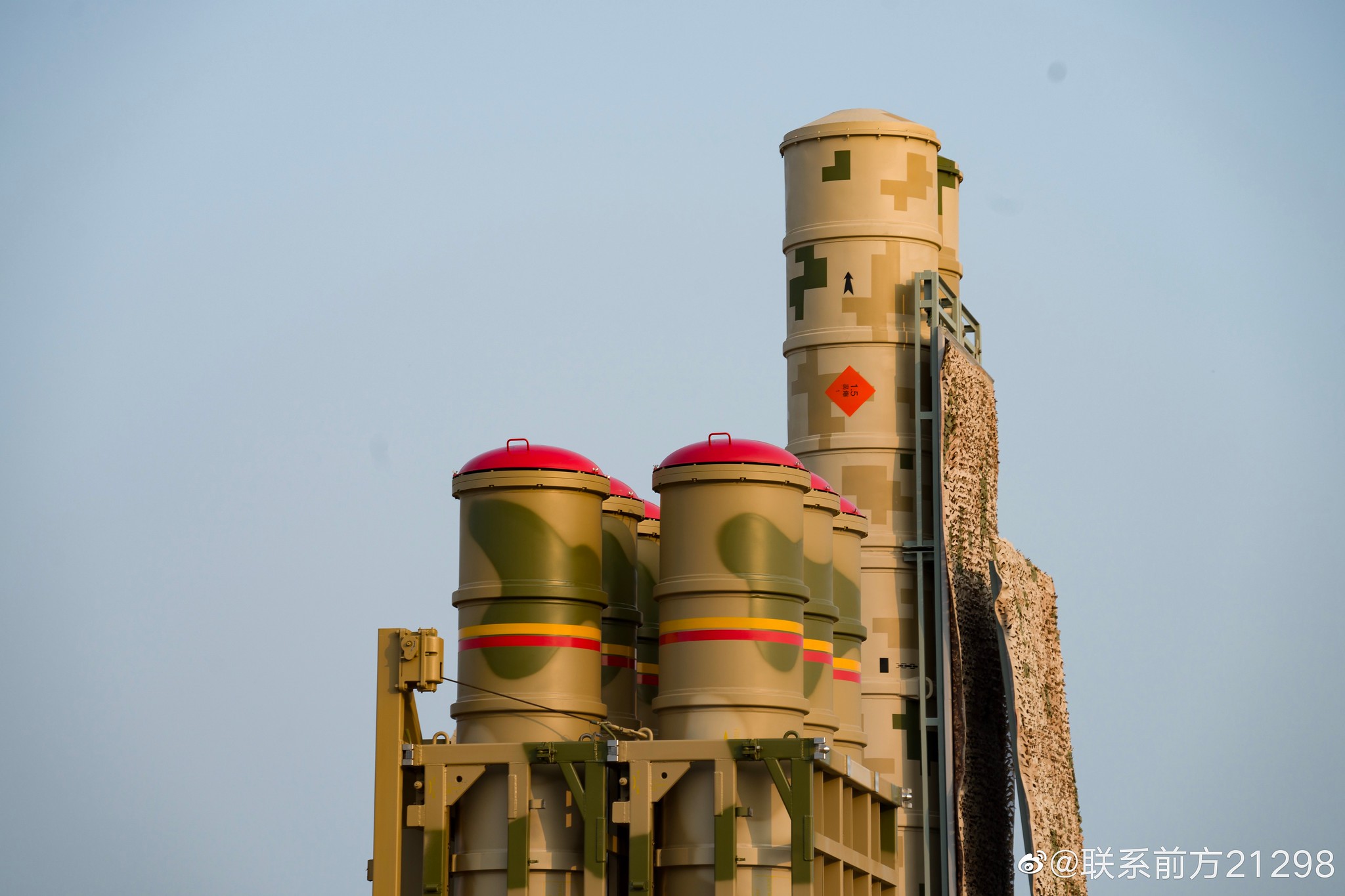 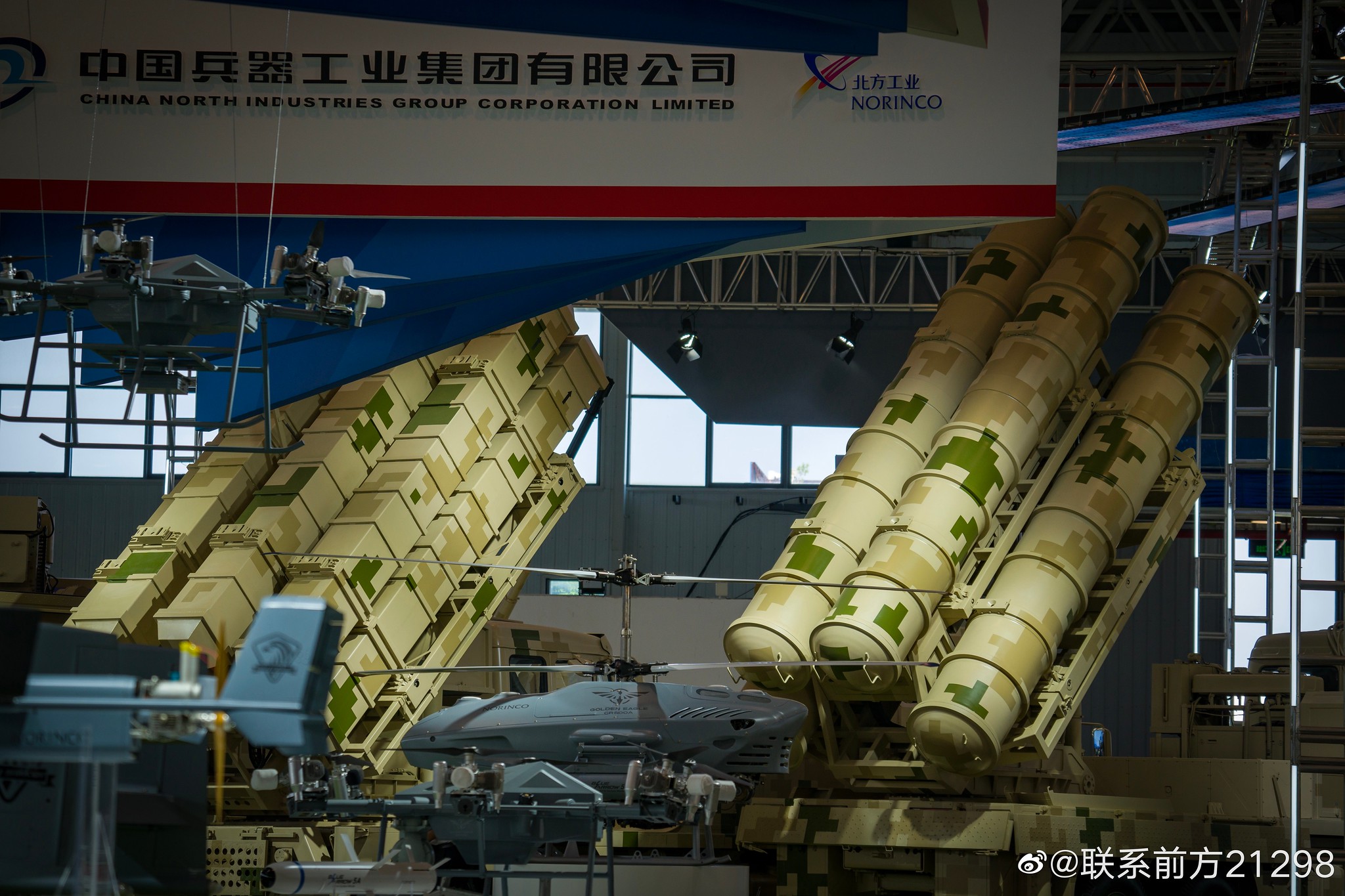 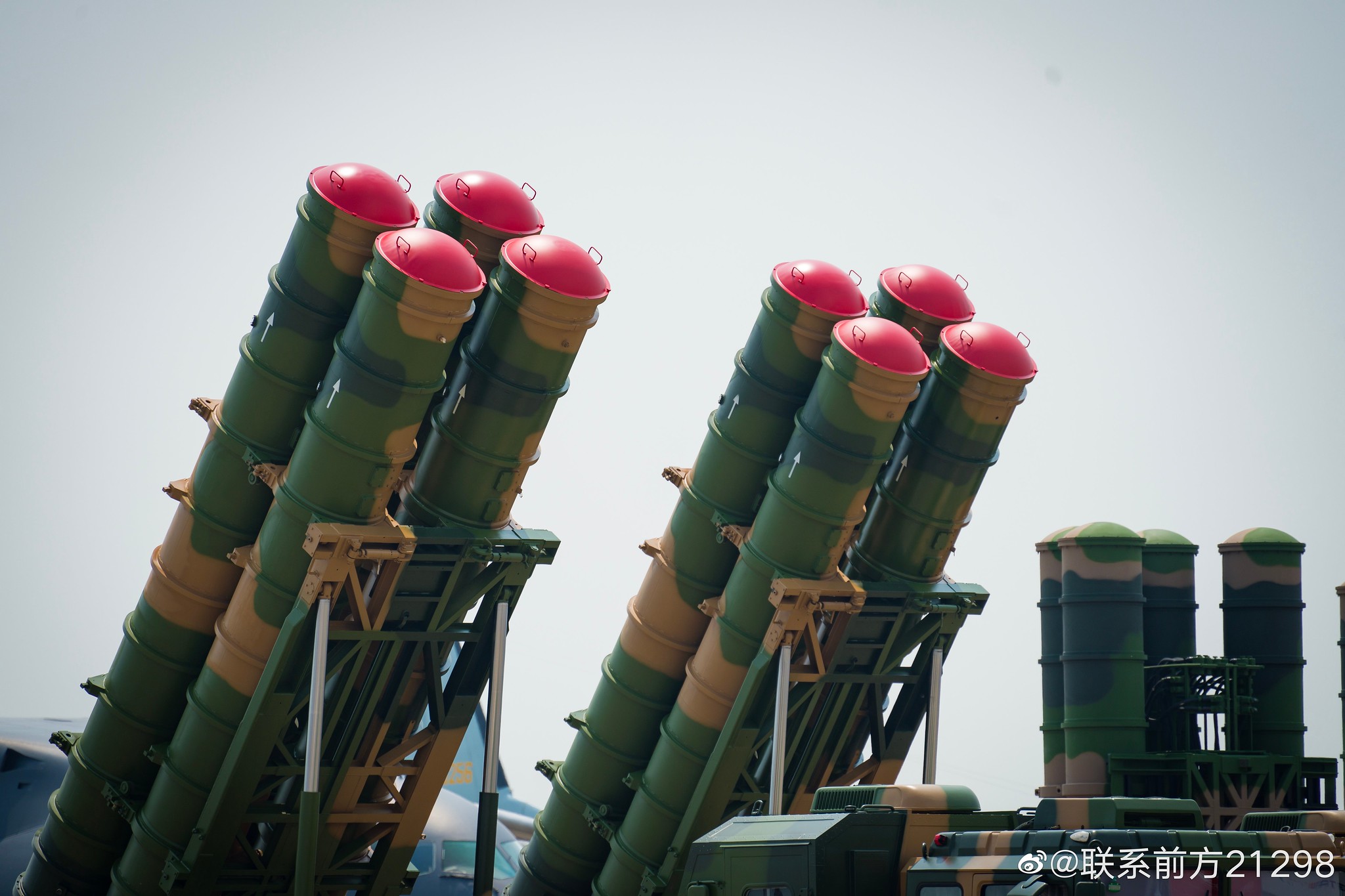 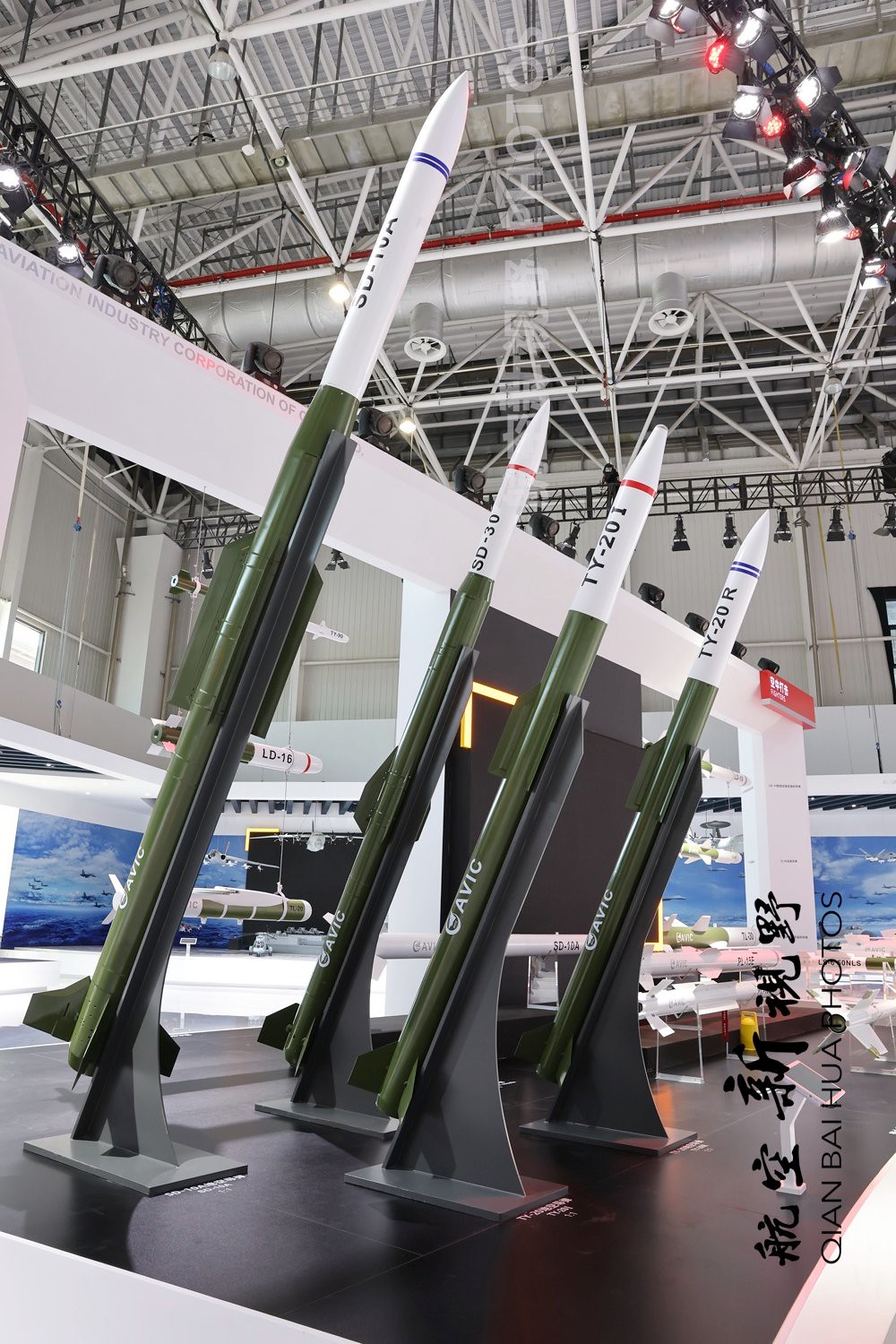 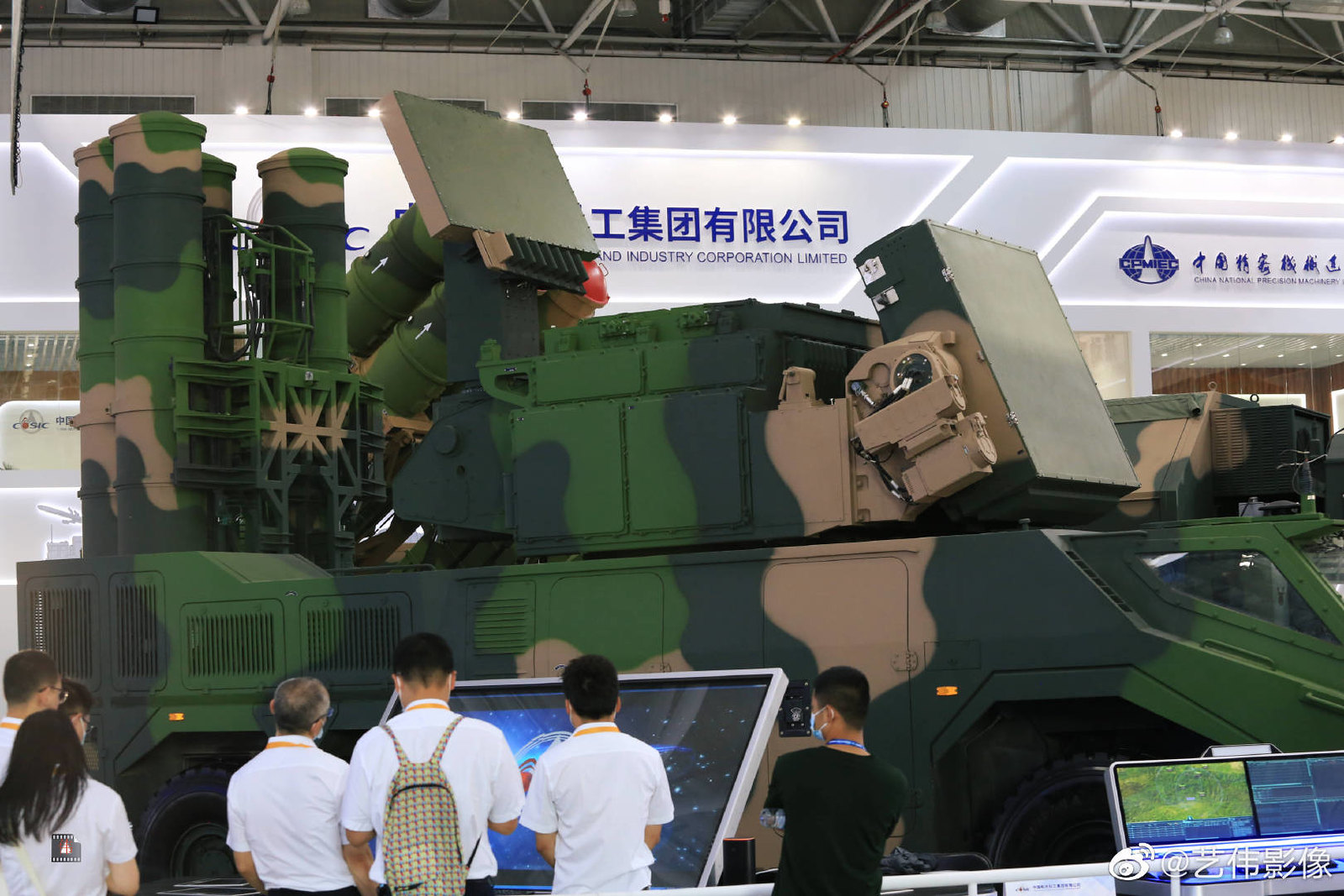 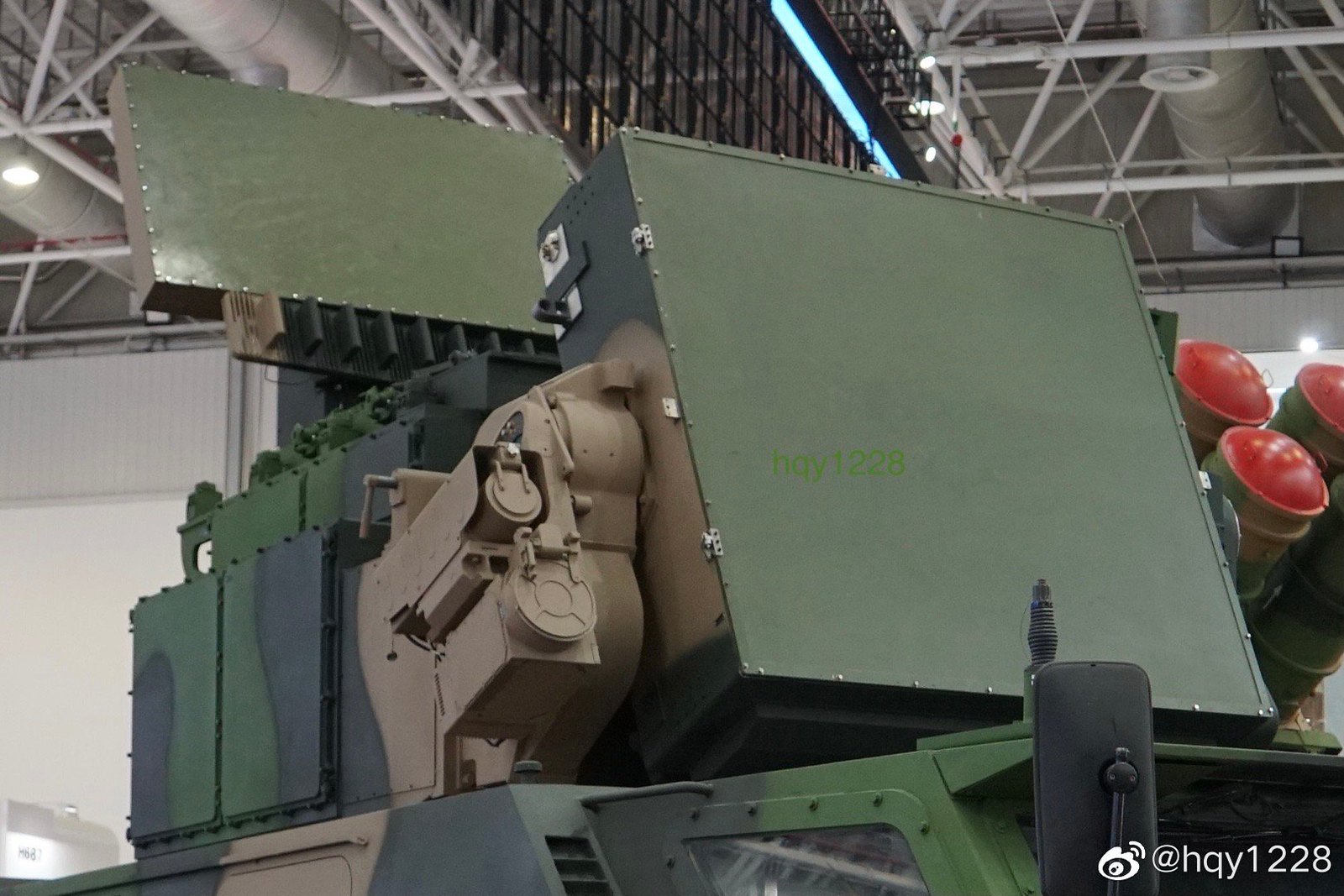 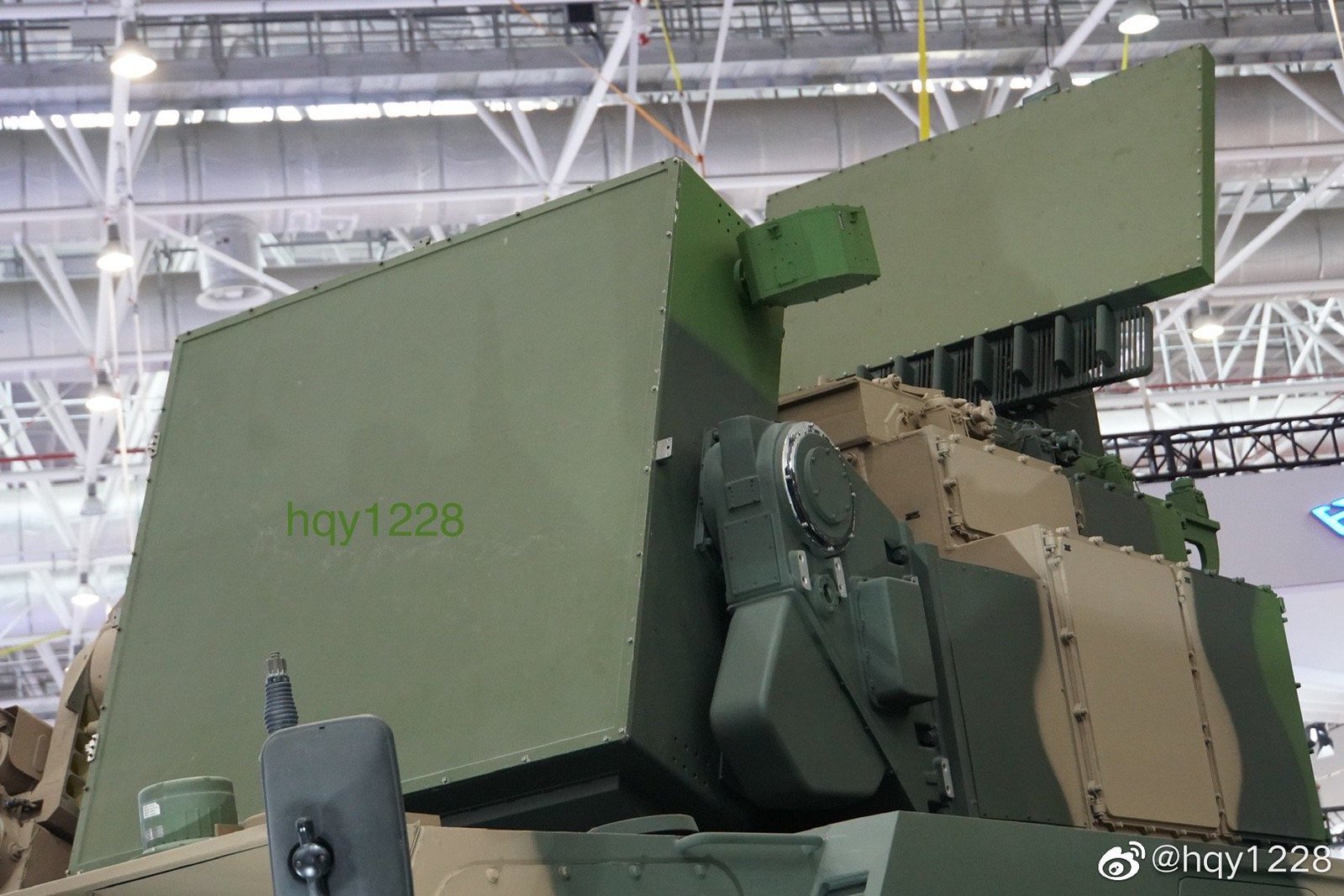 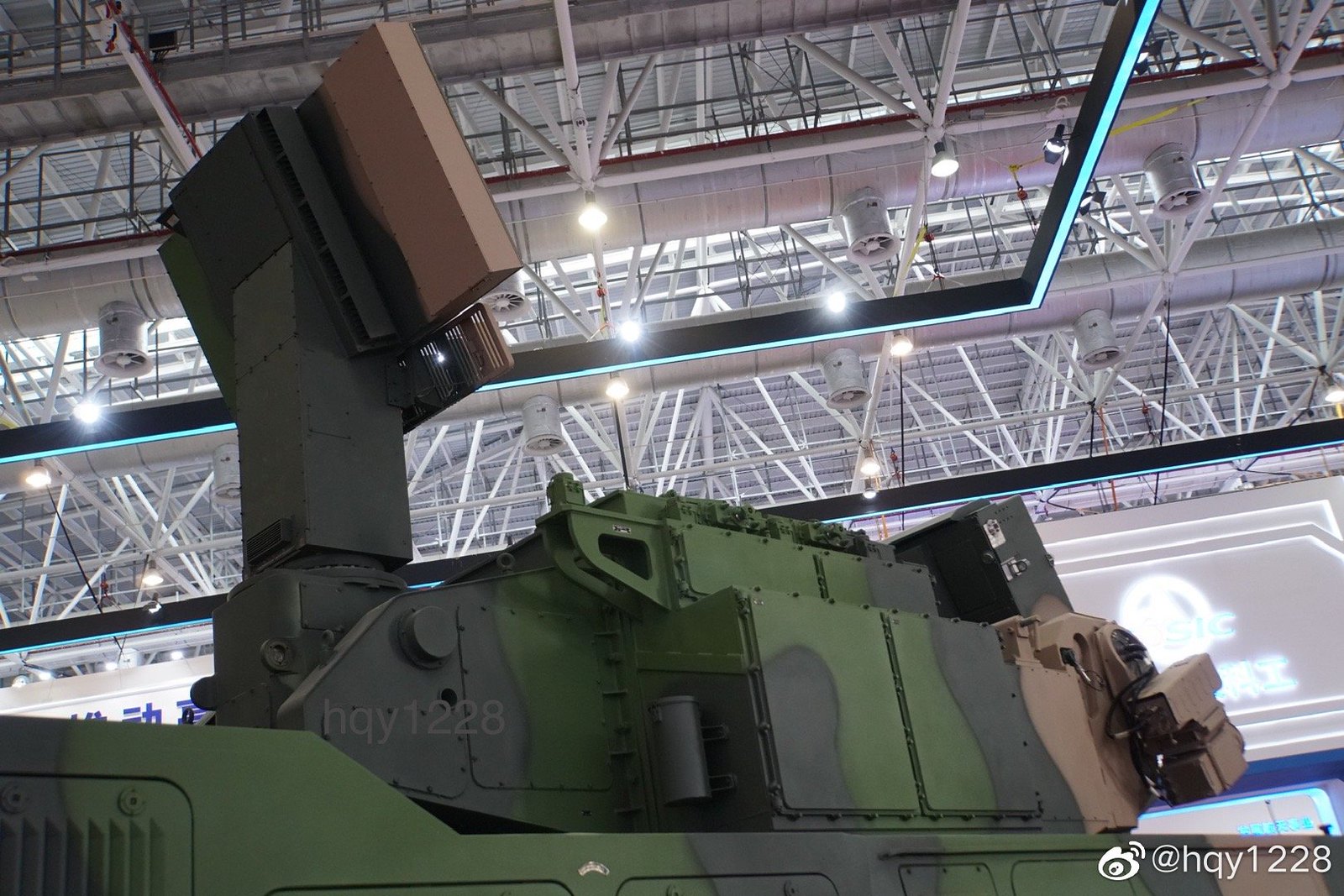 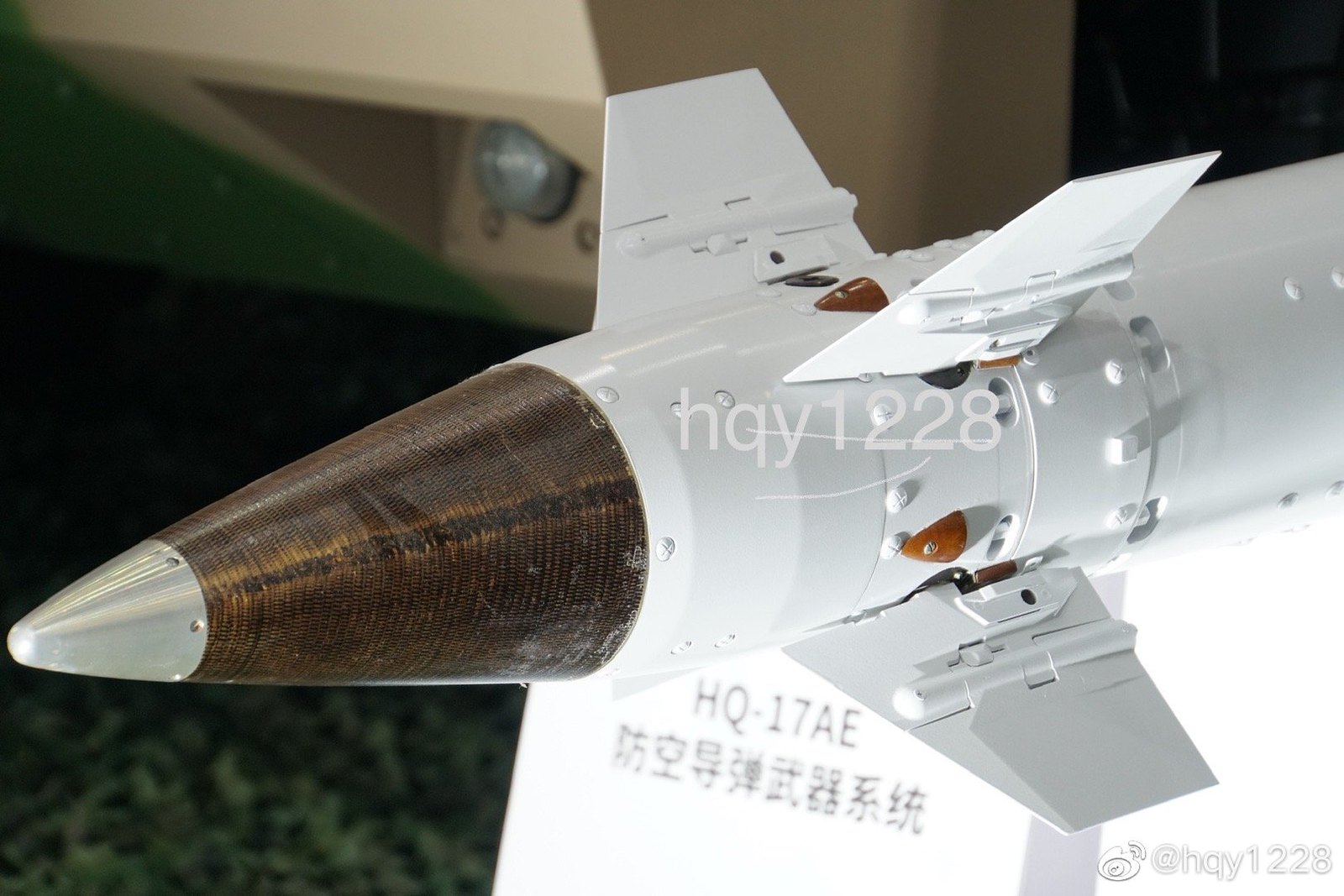 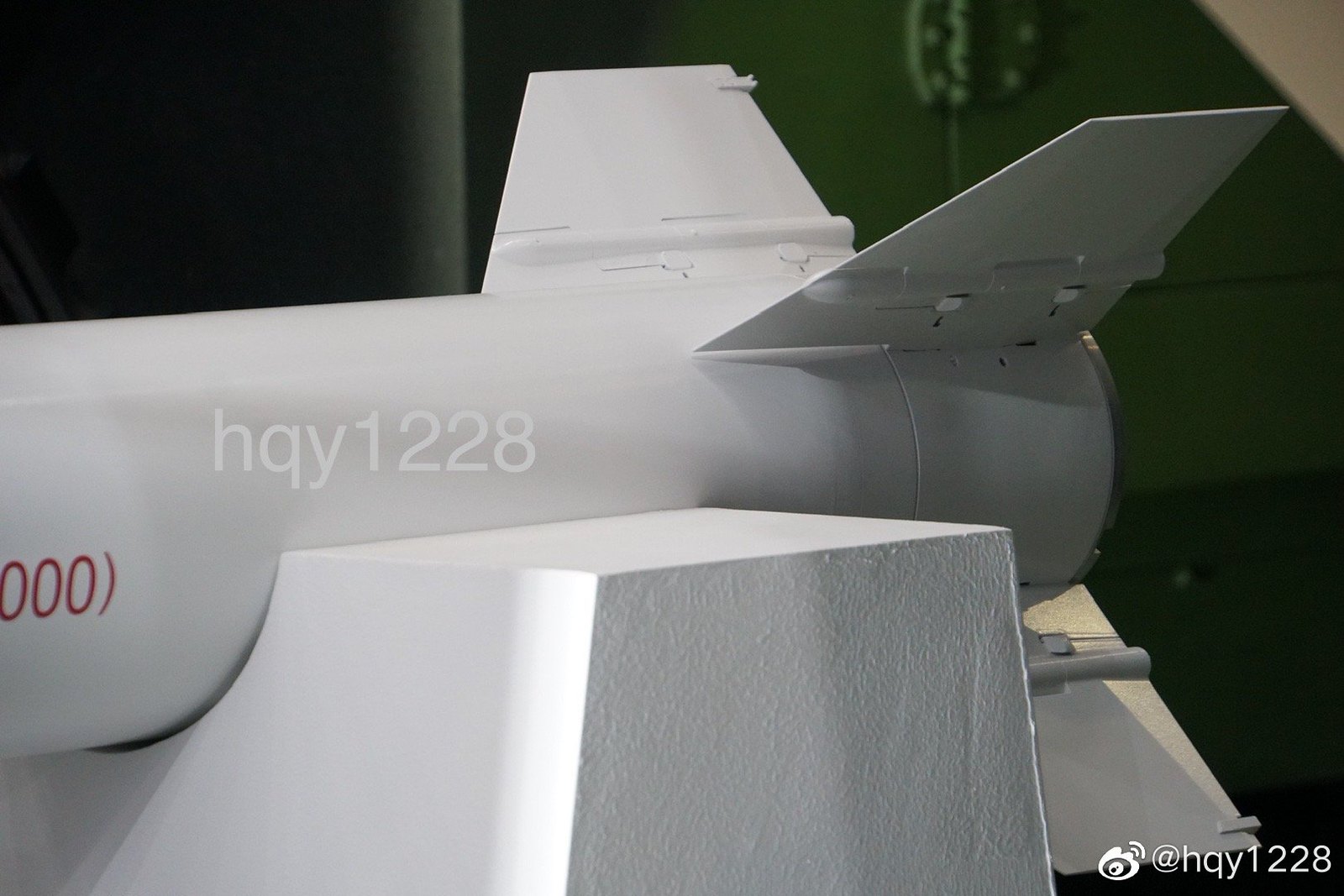 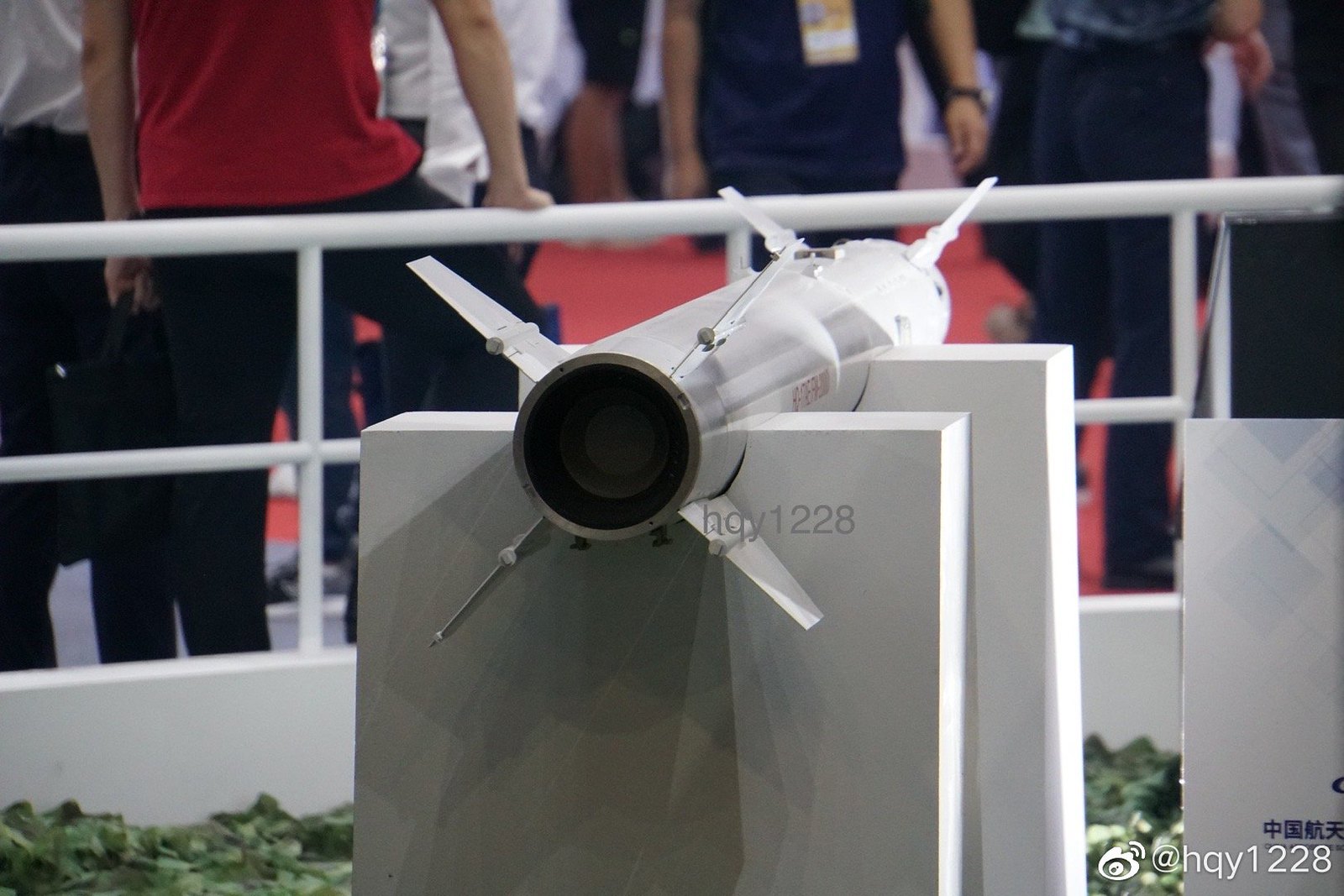 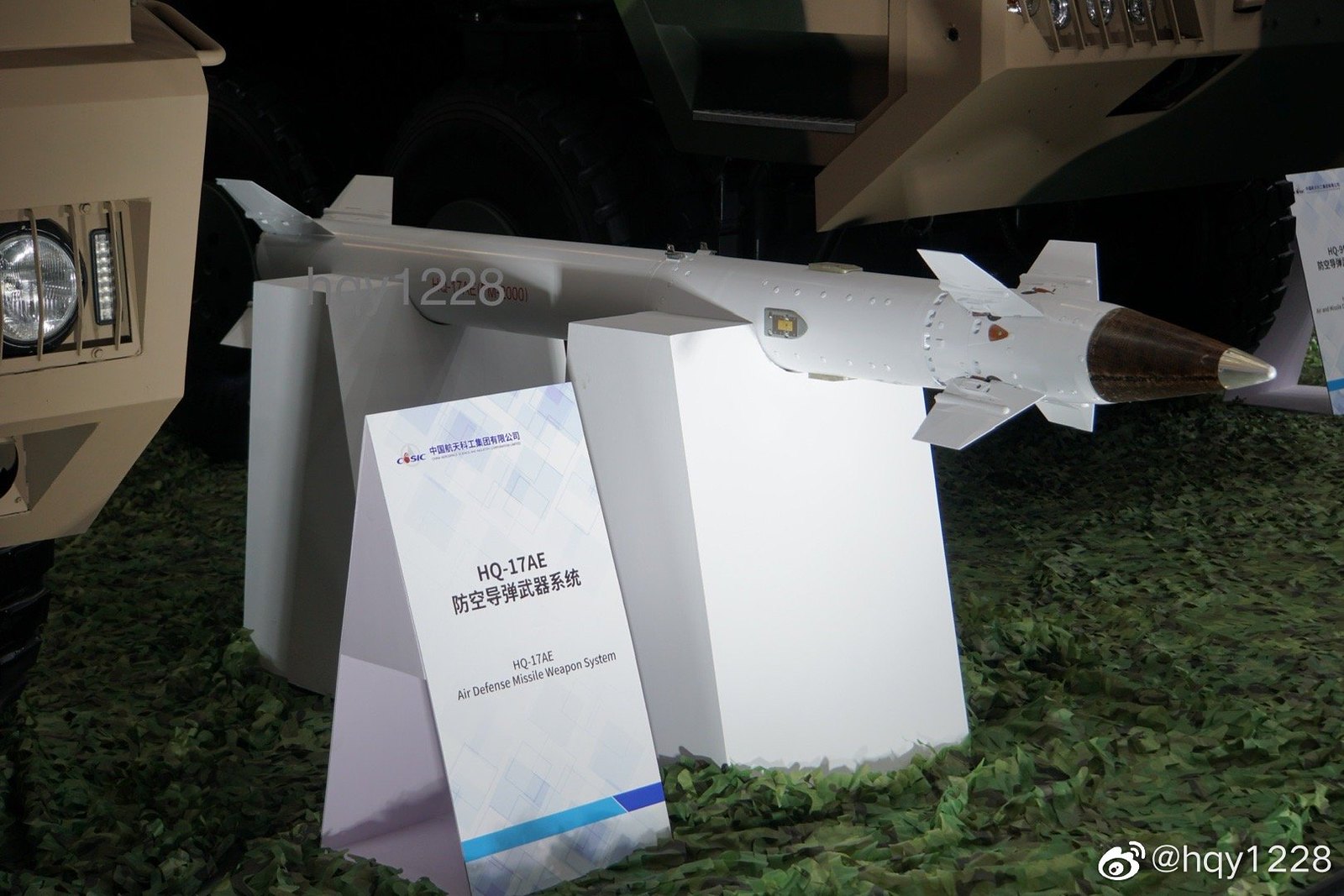 As for quadpacking, IF the LY70 missile indeed does share diameter with LY80, at 0.34 m body diameter, plus hinges, plus clearance, we're likely looking at some 0.4 m, give or take, per missile.
Click to expand...

Its way smaller than a LY-80/HQ-16, you can see that in proportion with the trailer.

Based on the trailer sizes, I would say the LY-70 canister alone is nearly 4x smaller than the LY-80 canister.

Not accounting for the gap in the middle of the LY-70's trailer, the trailer could hold 12 missiles flat, while the HQ-16's trailer will only hold three if the canisters do not extend past the roof line of the trailer.

I suspect this missile is another contender to the PLAN's contract for a naval quad pack missile. There is also a good chance it may take it because CASC/SAST is responsible for the HQ-16 (CASIC for HQ-9?). CASC vs. CASIC sounds very confusing, sounds similar, working for the same goal but frenemy/rivals/competitors.

As for why it looks like ESSM its because they did the HQ-16/LY-80 which has the long mid body strakes that probably smooths the airflow around the body at high speed, at an increase in drag. The use of LY is reserved for SAST, along with two digits, while FX with xxxx digits is for CASIC product. FM3000 is like FD2000/HQ-9 is that they have a clean body, with only tail fins, but the FM3000 adds front fins or canards for increased maneuverability similar to HQ-17 design.

Compare the LY-70 trailer to the FM3000 trailer, and you can see the missiles and the canisters are similar in size.

sequ said:
I wonder what the guidance method of the LY-70 is. To me it seems command guidance with a rotating radar acting both as a search radar and a tracking radar with staring ability, providing command updates to the missile. This way it can omit a dedicated tracking radar making the system very compact and the missile not needing an expensive seeker.

Or it could just be a coincidence.
Click to expand...

I see only a possible rotary phase array which looks similar to what the FM3000 uses. It possibly might be the same radar unit. I don't see any staring radar the one with HQ-17, so this looks to me a radar that has search and track function while providing updates to the missile. No staring function means nothing to suggest command guidance all the way, or semi-active homing. This is likely to be active radar guided. I doubt any Iranian collaboration. Iranian 9th Dey looks like it uses a radar that is similar to the phase array used on the Buk-M2, which by the day does SARH illumination, not command guidance. For this, 9th Dey looks to me it was derived from technologies taken from copying the Buk missile. HQ-16 is derived from Buk missile and the institution behind the HQ-16 is the one doing the LY-70, so there is a distant root connection between the two in ancestral heritage, but I doubt any direct collaboration.
T

VIP Professional
Canisters are a horrible source of comparison for width, due to hinged surface differences.
But what bugs me about those LY70 images is the wide angle lens used. It makes various measurements almost impossible.
I mean, take the girl in front of the missile model, for example.

So one'd think that using the truck for measurements would be easier. But what starting scale to pin everything to? If we knew the model of the truck (it says 460 something on the cabin) maybe we could know the tire size.
But let's assume the tire size is 57.15 cm in diameter, which seems to be the most common tire size of a truck of similar class.
But if we assume that, and IF there'd be no wide angle lens distortion, the canisters on the truck would be mere 2 meters long. And mere 14 cm wide.
Which is obviously ludicrously tiny for a missile that can supposedly reach 40 km.
Now how much can lens distortion affect truck and tire size, and thus in turn, missile container size - is again hard to tell.
But tires on the truck do measure less, the more to the right of the image they are. First tire is 122 pixels, second tire is 117 pixels, while the rightmost tire is only 89 pixels (give or take). So... Using the middle tire for most exact reference, as it is under the middle of the canister, I still get roughly 200 pixels for 1 m of length. which would translate to 2.3 m in length.

But that's even more incredible than a 3m to 4 m long missile, as measured according to the missile model next to the girl.

Those tires can't possibly be much bigger than standard 22.5 inch. Can they? The next most common size is24.5 inch. So are we even looking at the 40 km missile in those containers? Or are we looking at something else? Or is the missile model next to the girl something that has little to no relevance to the actual, real use LY70 missile? Or is it something else completely? What's the deal here?

Now, the most logical answer to the girl issue is: lens distortion. And no matter how hard one tries, one can't compensate for lens distortion when measuring stuff from an image like this.
The most logical answer to the truck issue is... well, I've no idea. Maybe the truck tires are actually 0.9 m in diameter. With that tire size, the container to truck measurement would roughly correlate to missile model to girl measurement. But still, it's so damningly frustrating not to be able to get an exact and logical set of measurements.

Anyway, if the missile body is 3.5 m long then the body diameter is some 0.25 m. even with the folded strakes and clearance, it's plausible container itself is not much wider than 30 cm.

For comparison, British CAMM-ER missile is 4.2 m long, with body diameter of 19 cm, with more or less similar layout (including the narrower nose section) and has advertised range of 45 km.
T

Anyway, if the missile body is 3.5 m long then the body diameter is some 0.25 m. even with the folded strakes and clearance, it's plausible container itself is not much wider than 30 cm.
Click to expand...