nlalyst said:
HQ-17 uses what appears to be a much lighter search radar and the caterpillar based vehicle itself is likely heavier. The (A)ESA radar on the new vehicle looks rather heavy and could potentially lead to stability concerns. At least it may be a possibility, until we have evidence otherwise.

If you rewatch the segment where the missile is fired, do you notice anything about the front wheel? It's as if it is angled off axis? Not sure what to make of that.
Click to expand...

but you said it was a "CGI" ... why would you analyze anything from a "CGI" ? .. you just contradict yourself to suit your bias and trolling

by78 said:
You might want to have your eyes examined by an ophthalmologist. No, I'm not being sarcastic. Assuming you're younger than 60 years of age, you might have macular degeneration that can be mitigated.
Click to expand...

By78, if you think someone has made a very bad call, attack their argument, don't imply any physical ailments you think they might have (or mental or otherwise).

Any clue when/if this makes to a real world system?
Click to expand...

nlalyst, if you make blatantly obvious bad calls like that, you open yourself up to getting dogpiled. Choose your battles.
N

For the record, I wasn't picking a fight. I honestly believed (and still believe) those photos were CGI. The vehicle illumination seemed oddly uniform with hardly any specular reflections. The details on the vehicle appear to exceed the detail on the ground surrounding it, as if it was artificially implanted. The texture on the driver's mirrors looked rather off. So did the specular reflections on the optics box. Edge contrast everywhere on the vehicle is superb. Not a hint of aberration. The front to back of the vehicle is equally sharp, evidence of a wide depth of field. But to achieve that, one has to step down the lens to higher f numbers, which reduces the amount of light coming through to the image chip, which in turn can lead to blurring/loss of contrast in video. While achieving such sharpness with a camera may be difficult, it is actually very easy to achieve with image rendering, and is often a tell-tale sign of CGI. After watching the video, I am even more convinced the segment is CGI.

The sequence where the antenna mount swivels into position struck me as particularly jarring. Not a trace of settling behavior. If you step through the video frame by frame, the details on the antenna in rotation are surprisingly clear. The little blur there is present seems more an artifact of video encoding, than the camera.

Just because a video contains actual footage is no proof that some segments are not CGI.

I don't expect you to change your opinions, but I do expect some common courtesy and ability to articulate one's thoughts without resorting to lazy ad hominem attacks.
T

by78 said:
Much higher quality versions. These are quite possibly the most realistic CG images a troll with macular degeneration will ever see. 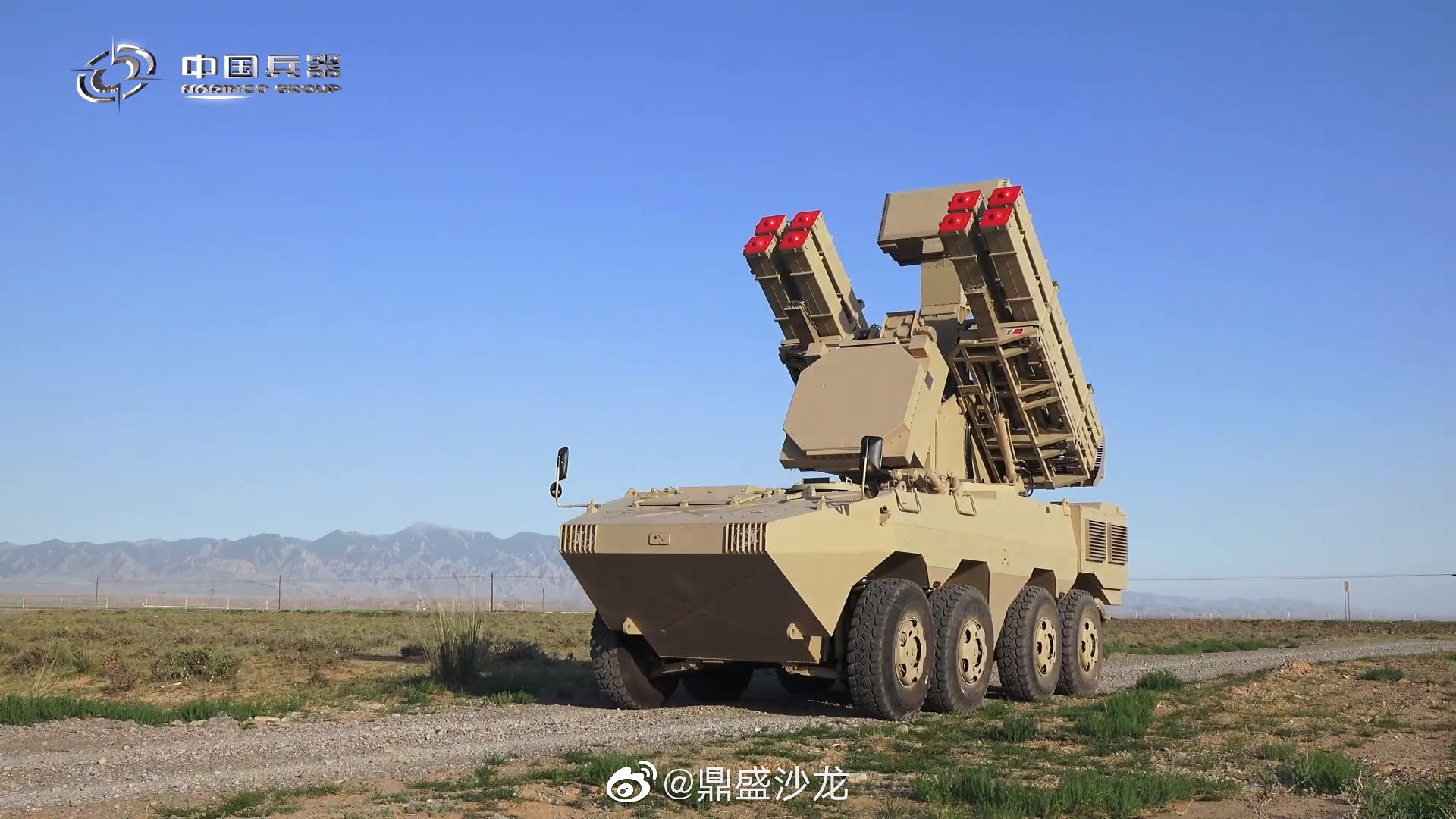 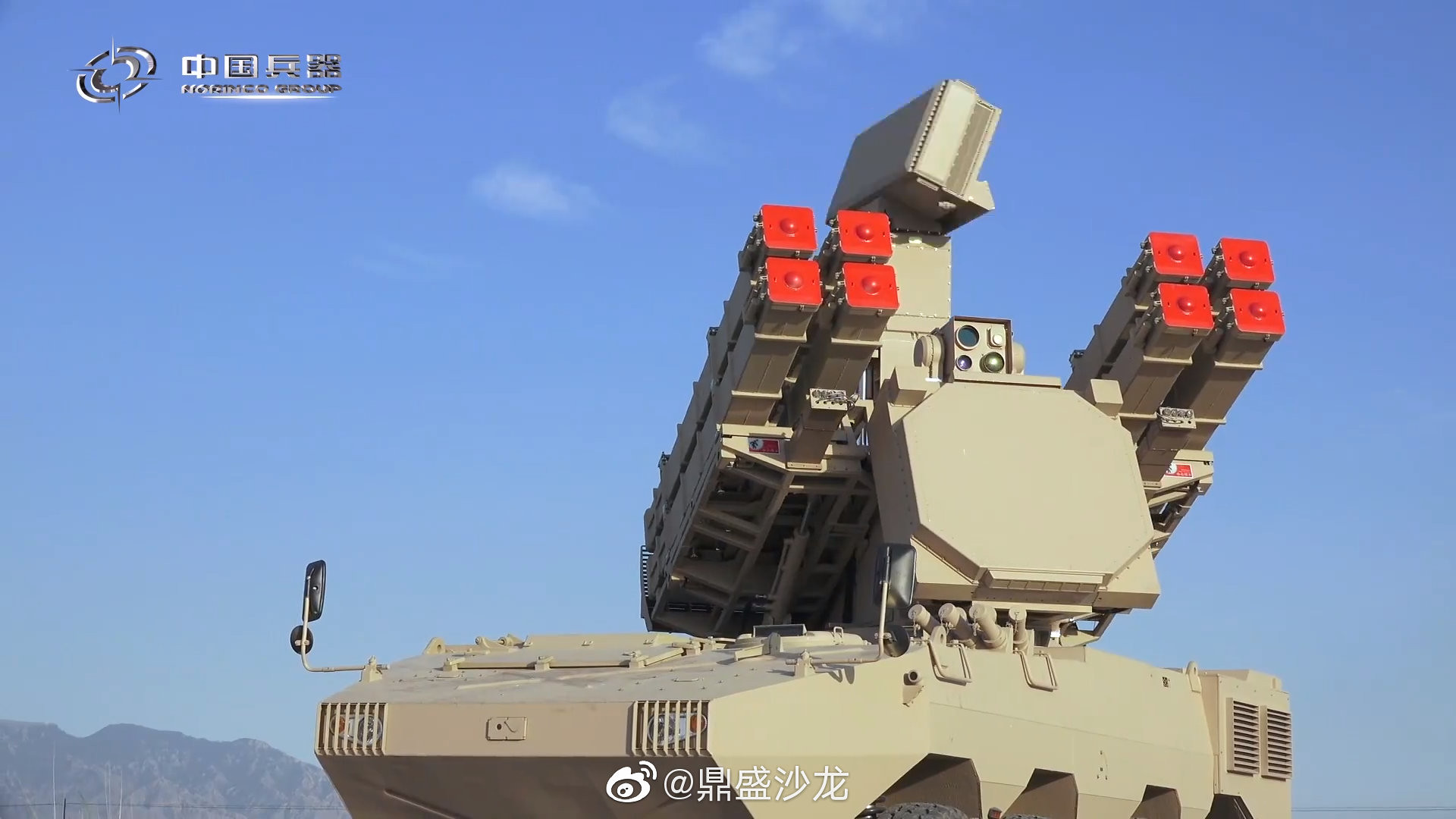 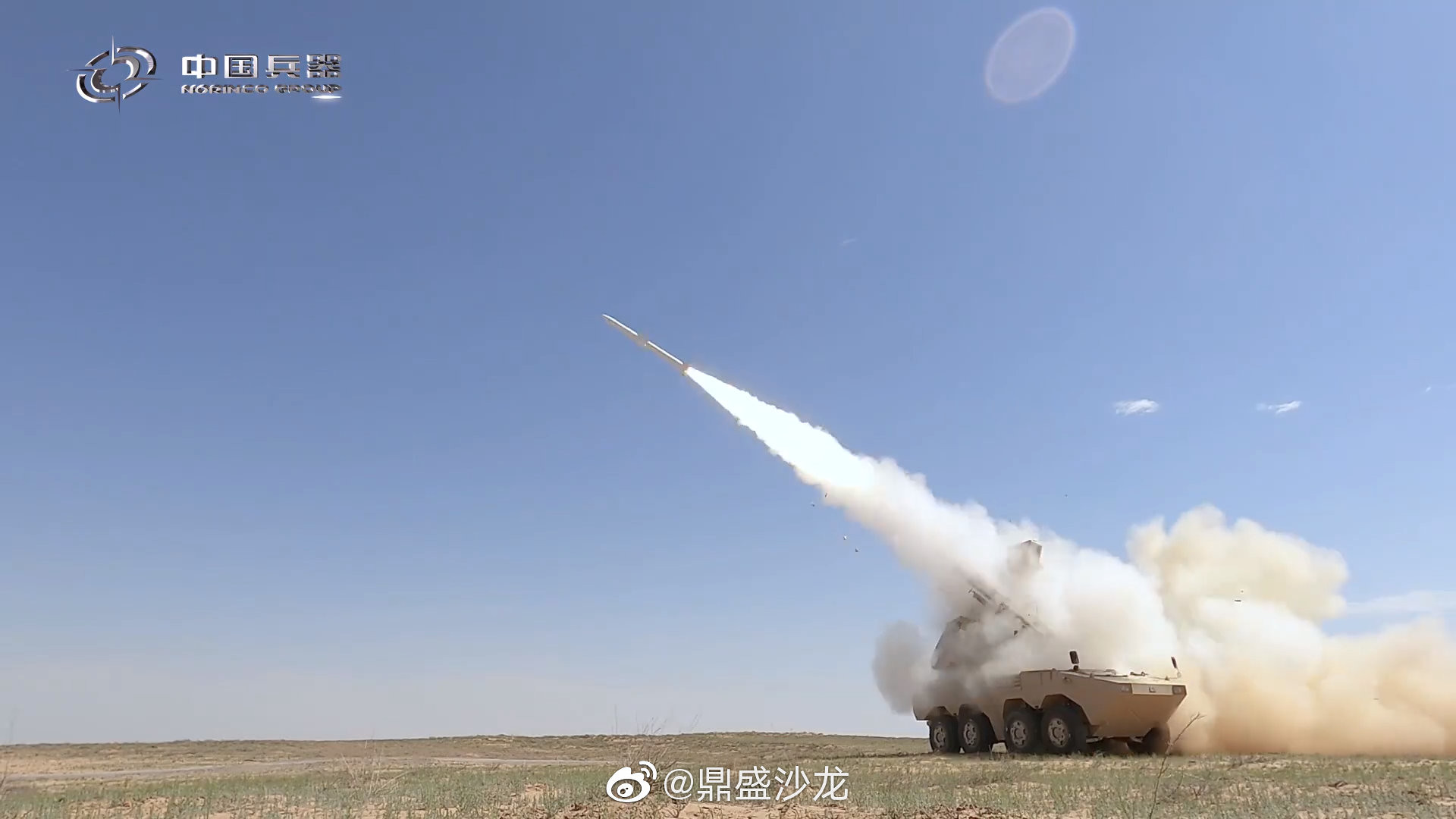 P.S. If you think a troll may be offended by this post, don't forget to hit that report button.
Click to expand...

Looks real to me, and we already know NORINCO has tested this years ago in a truck.

Tam said:
Looks real to me, and we already know NORINCO has tested this years ago in a truck.

Of course. I don't need a Hasselblad quality picture to tell me so.
T

sndef888 said:
Is it possible there will be a new quadpacked naval SAM with range of around 30km instead of the 50-70 of the HQ-16?

That seems to be the sweet spot nowadays for many medium range missiles like CAMM, HISAR, Aster 15. Also will be useful in defending against sea skimming ashms since the detection range is only 20+km
Click to expand...

That's the range of the land based FM3000. The placard near the VLS with the quadpackers say FM3000N, the N implying its naval.

Weirdly it does not look like the missiles on the VLS.

It does however look a lot like the Russian 9M96.

The 9M96 has a VLS system that looks like this.

9M96E has a range of 40km, with the extended version up to 120km. That's close enough to the FM3000, although I think the FM3000 can be extended, and to the LY70, which is another missile with similar dimensions and purpose.

The 9M96 family are the missiles that equip ships like the Admiral Gorshkov class, and various modern Russian corvettes.
Last edited: Sep 24, 2021 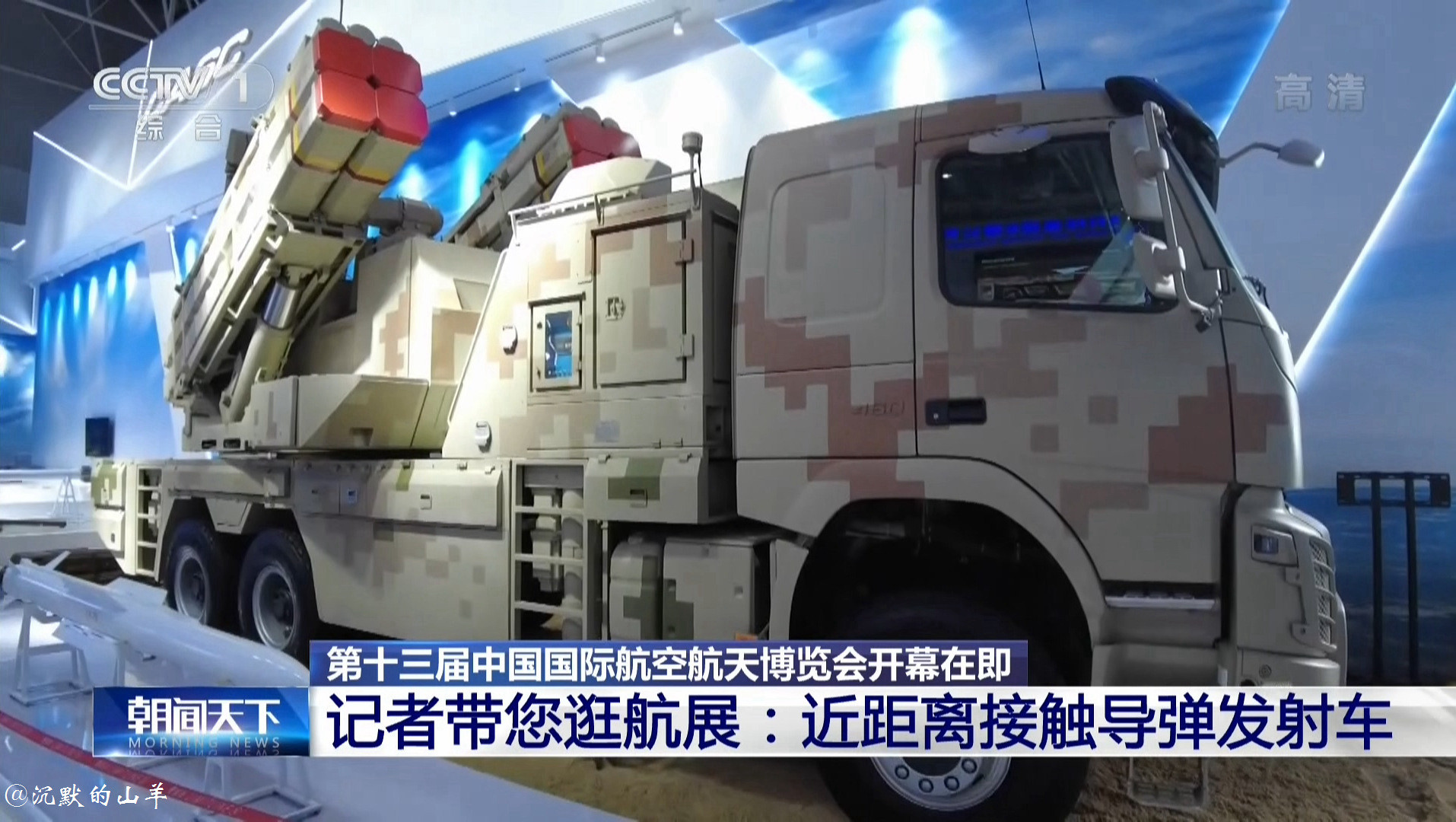 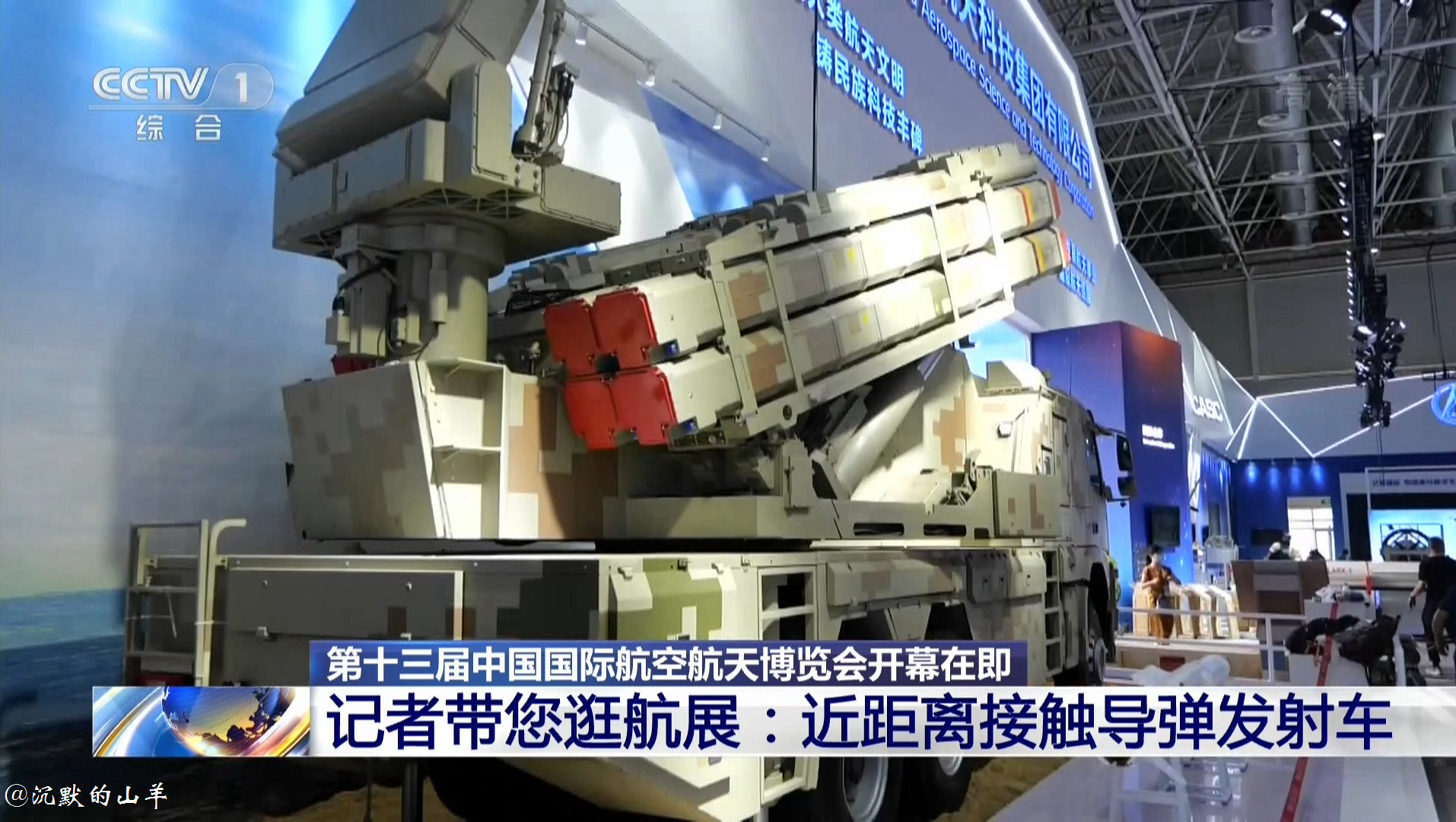 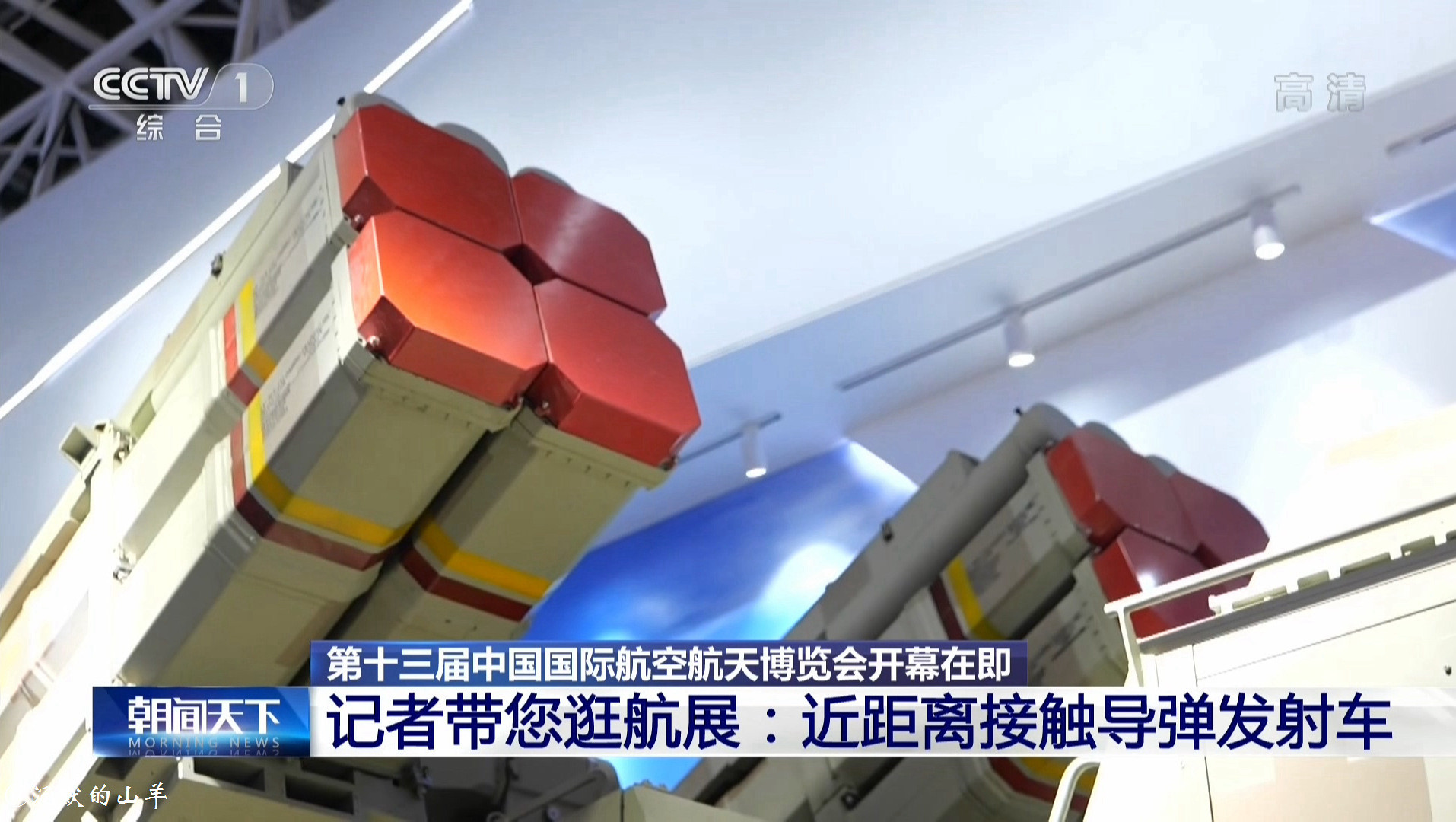 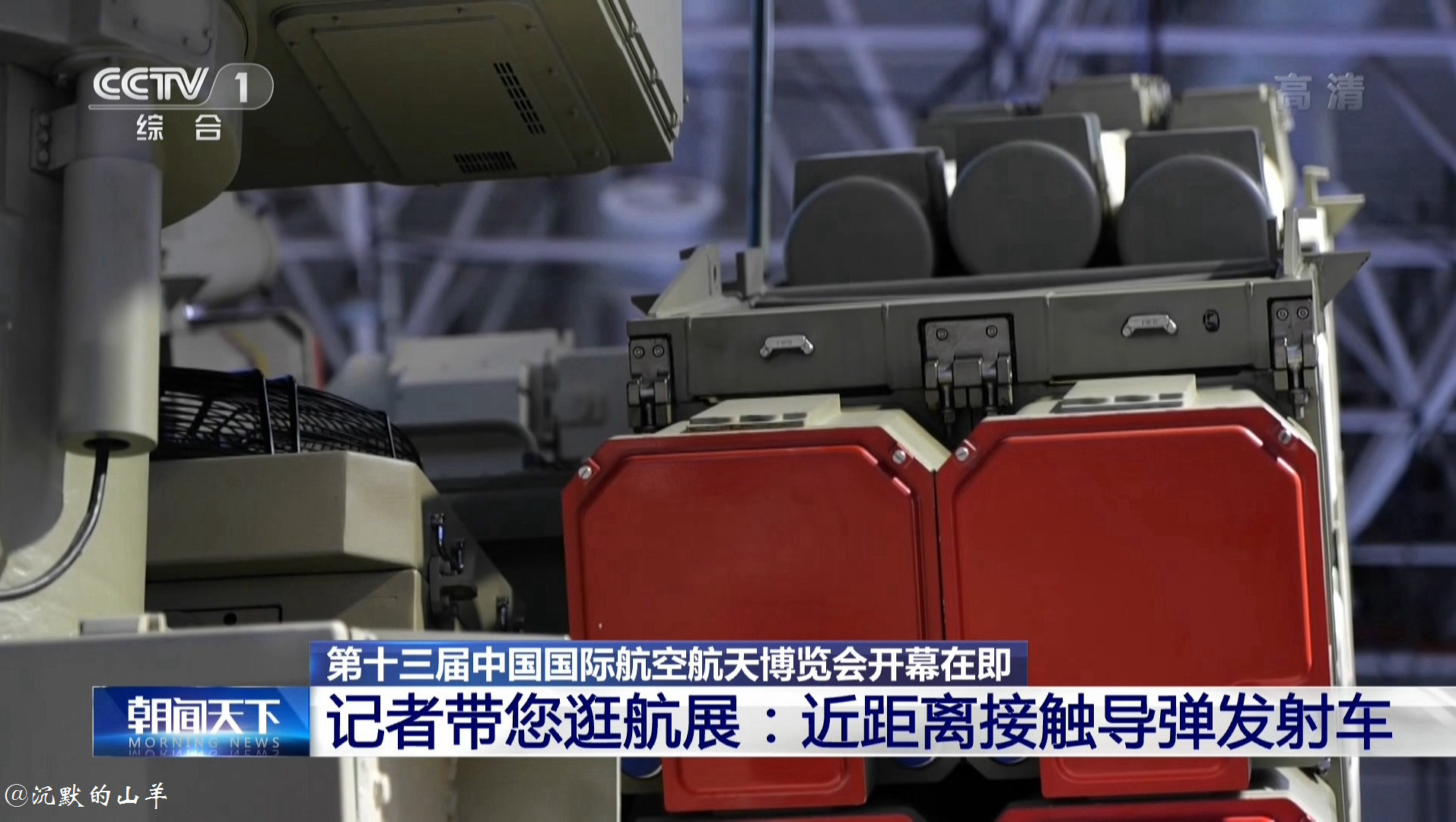 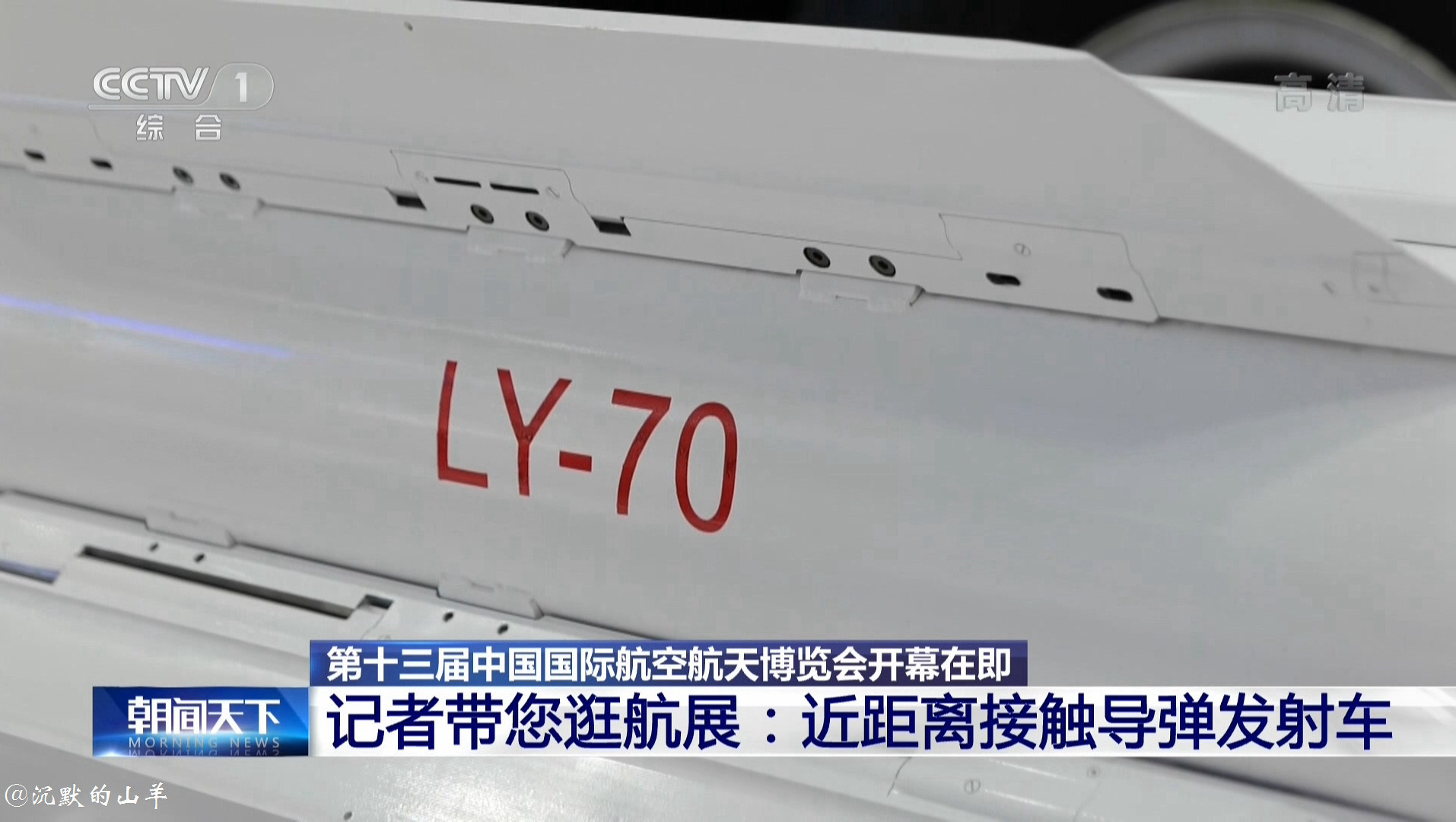 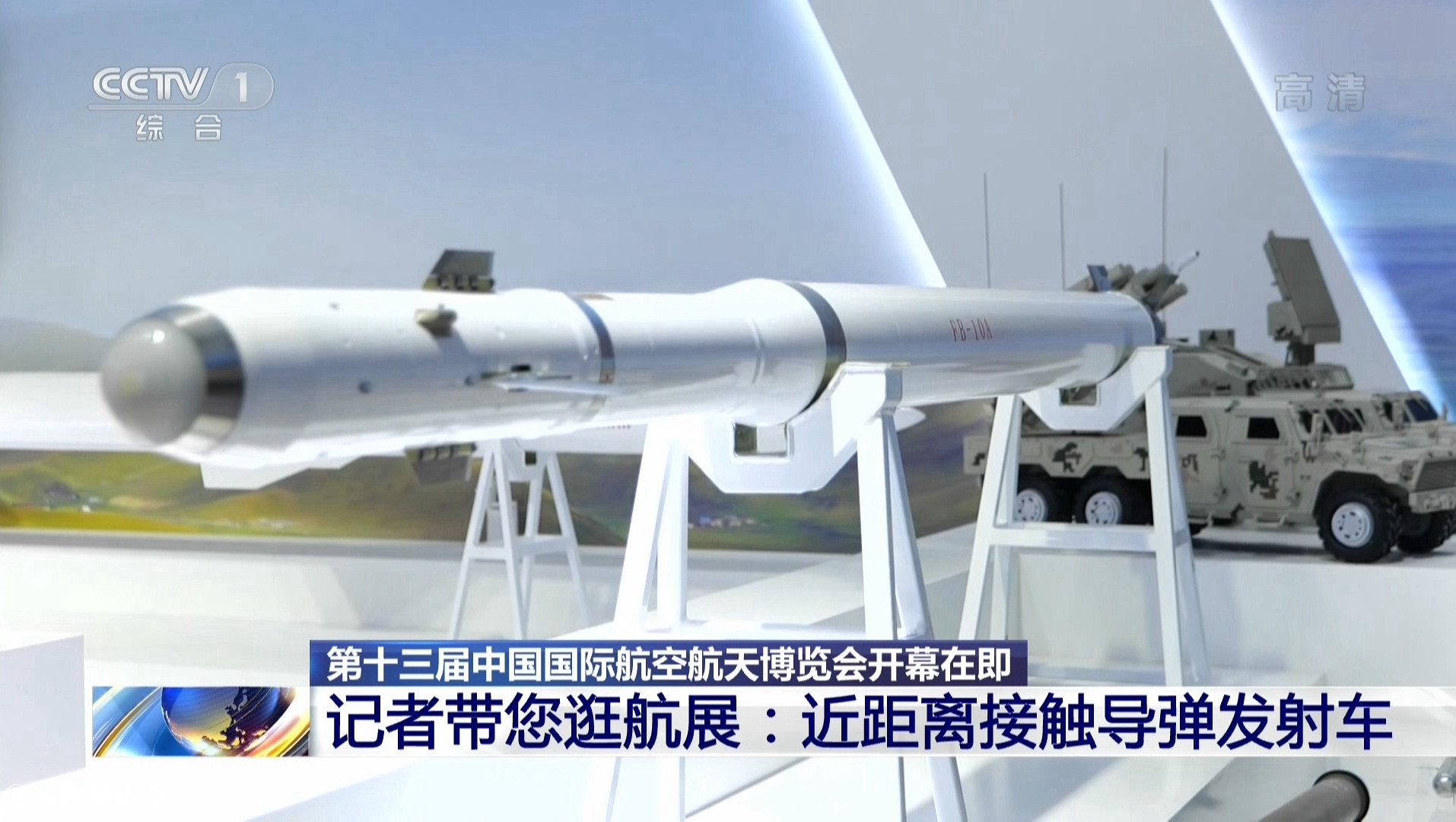 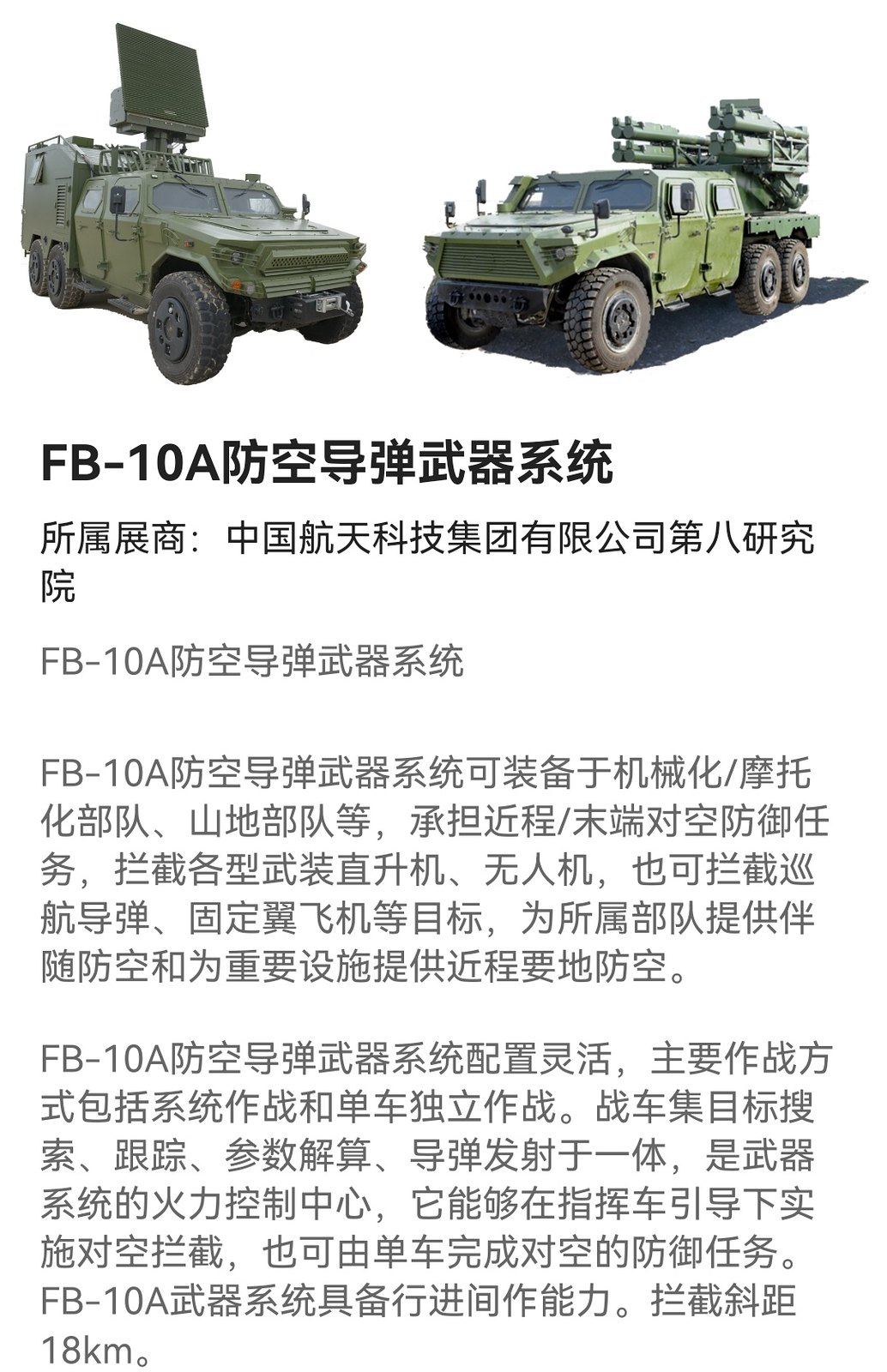 Tam said:
Looks real to me, and we already know NORINCO has tested this years ago in a truck.

Per my previous post SD-12 is a different missile than you are thinking of. It is a 57E6 style. However, as you mention the radar system itself is the same as what was shown previously. Additional you can see that the EO system was removed in the new 6x6 vehicle which it a definite sign of a different missile (guidance)

Here's a video up close (toward the end).