Saw this on some image search : 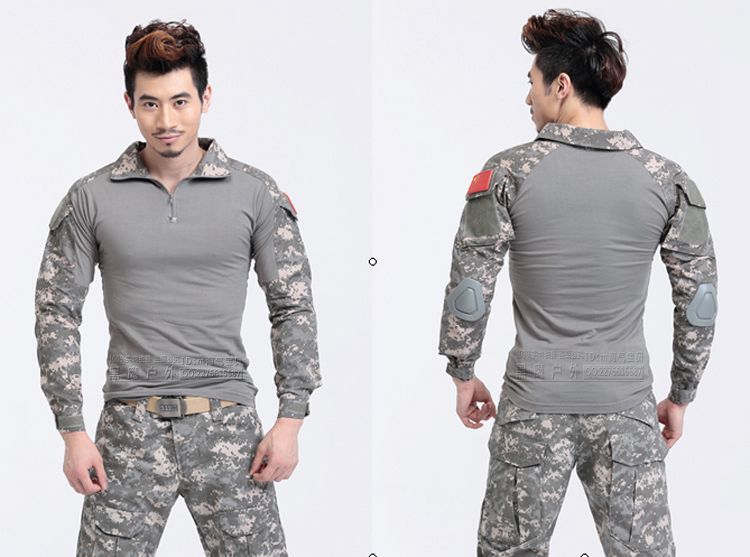 Upon more indepth searching, it looks like its a TV show made in China about Chinese special forces. Not sure if its rooted in reality though as those uniforms (eg. the ACU Army Combat Shirt) and equipments doesn't look like standard PLA one.

LOL, looks like a fun show to watch though.

This is how you handle nukes in China :

The uniforms are based on American types. Multicam and UPC or clones there in. I highly doubt regular PLA units would wear it. Blue Army maybe SF? I am not convinced. Although possible I suspect that they would prefer to hide in plain sight and dress like the rest of the PLA

Oh i missed the Third pattern. Sorry was on my Phone and the resolution was low enough that I glazed over it.
all of the First four pictures show Ops Core Fast helmet and plate carrier of unknown make. the QBZ carbine in picture no. 1 and the Type 05 in No. 2 as well as the QBZ97B ( note the magazine well) in picture no.5 have Aimpoint style reddot well the woman in no. 3 lacks this. the diver also has a RIS on his QBZ well the woman lacks this and the type 05 is to short for one
Pictures 2 and 4 are wearing American ATACS Arid a pattern ment for desert and urban fighting it's commercial and not in standard issue.
both the ladies in pictures no. 4 & no. 5 and the guys in the first picture of post #2 all look to be wearing a radio system with a PTT ( the black rounded object on there left breast with the wires) and the ladies both have head sets built into there helmets this is common for western gear. the head set looks like a TEA HTH which is American made I don't know about the PTT I don't recognize it. the woman in No. 4 also has a Camelbak. the woman at the bottom of post one has a close up and the guys modeling at the bottom of post two both lack armor and give good views of there shirts and pants all have hard pads on the elbows and knees there style suggest early Crye precision but Crye does not make Atacs and the pads are to small my best guess is a Chinese maker probably Airsoft clones.

If I were him I would be grabbing more than just the nuke warhead...lol.

down boy.
He must be wearing a clone of AOR desert the color pallet is all wrong for Multicam, Atacs, Or PLA Highland. It's also to musterd for MARPAT And I Don't Think Multicam desert is shipping yet.

TerraN_EmpirE said:
down boy.
He must be wearing a clone of AOR desert the color pallet is all wrong for Multicam, Atacs, Or PLA Highland. It's also to musterd for MARPAT And I Don't Think Multicam desert is shipping yet.
Click to expand...

Noticed his PLA Chinese flag patch is green instead of Red?
You must log in or register to reply here.