Registered Member
Pakistan is the buyer.

The tanks are not the standard VT4 version and instead are equipped with a different turret boost design. The front design features a new explosive reactive armor, Weihutang said.

Further details on the deal have not been released, such as the purchase amount, overall value, and client name.

Also known as the MBT3000, the VT4 is a new generation of made-for-export combat tank designed for the international market, Weihutang said, noting that it is one of the most popular Chinese weapons available and has been sold to Thailand and Nigeria.

The VT4 is equipped with a 125-millimeter smoothbore gun, can fire armor-piercing fin-stabilized discarding-sabot (APFSDS), high explosive anti-tank cartridges, and missiles with a 5-kilometer range.

Equipped with a China-made 1,200-horsepower diesel-fueled engine and a hydromechanical drive system, the VT4 can travel at a maximum speed of 70 kph and a maximum cross-country speed of 50 kph.

Congrats for Pakistan, they get the most latest version of VT-4 MBT


According to new pictures published on April 22, 2020, to the China Defense Blog, the latest version of Chinese-made Main Battle Tank (MBT) VT4 is now protected with new armor ERA (Explosive Reactive Armor) Level FY-4 providing protection against Tandem Warhead ammunition. According to our previous analysis, the first version of the VT-4 MBT was fitted with ERA level FY-2.

The VT4 MBT was unveiled by the Chinese defense industry in November 2019 during the China International Aviation & Aerospace or Zhuhai AirShow. The layout of this tank is very similar to the Russian tank with a crew of three including driver, commander and gunner and the use of an automatic loading system for the main armament.

The main armament of the VT4 / MBT-3000 consists of a 125 mm smoothbore gun fitted with a thermal sleeve and fume extractor. It is fed by an automatic loader that holds a total of 22 projectiles and charges which can be loaded at the rate of eight per minute. One 7.62 mm coaxial machine gun is mounted to the right of the main armament, while on the commander's cupola is mounted a remote weapon station armed with a 12.7mm heavy machine gun that can be used to engage ground and aerial targets.

The hull and turret of the VT4 are of welded steel construction with a layer of composite armor over the front arc. The first version of the tank was fitted with additional ERA (Explosive Reactive armor) Level FY-2 providing protection against HEAT (High-Explosive Anti-Tank) and APFSDS (Armour-Piercing Fin-Stabilized Discarding Sabot) ammunition. According to the latest pictures released on the Internet, the latest variant of the VT4 is now fitted at the front of the hull with ERA armor Level FY-4 providing protection against Tandem Warhead.

Tandem warheads are effective against reactive armour, which is designed to protect an armoured vehicle (mostly tanks) against anti-tank ammunition, missiles and rocket. The first stage of the weapon is typically a weak charge that either pierces the reactive armour of the target without detonating it leaving a channel through the reactive armour so that the second warhead may pass unimpeded, or simply detonating the armour plates causing the timing of the counter-explosion to fail. The second detonation from the same projectile attacks the same location as the first detonation where the reactive armour has been compromised. Since the regular armour plating is often the only defence remaining, the main charge (second detonation) has an increased likelihood of penetrating the armour.

On the way to Pakistan from Northern China, congrats
H

siegecrossbow said:
Offense against Boko haram. Given the Nigerian Army's past records I hope they won't tarnish the VT-4's reputations.
Click to expand...

Is this also a good chance for VT-4 to be used in real combat? I hope China also provide training to the crew of Nigerian army so that they can make good use of the vehicles. 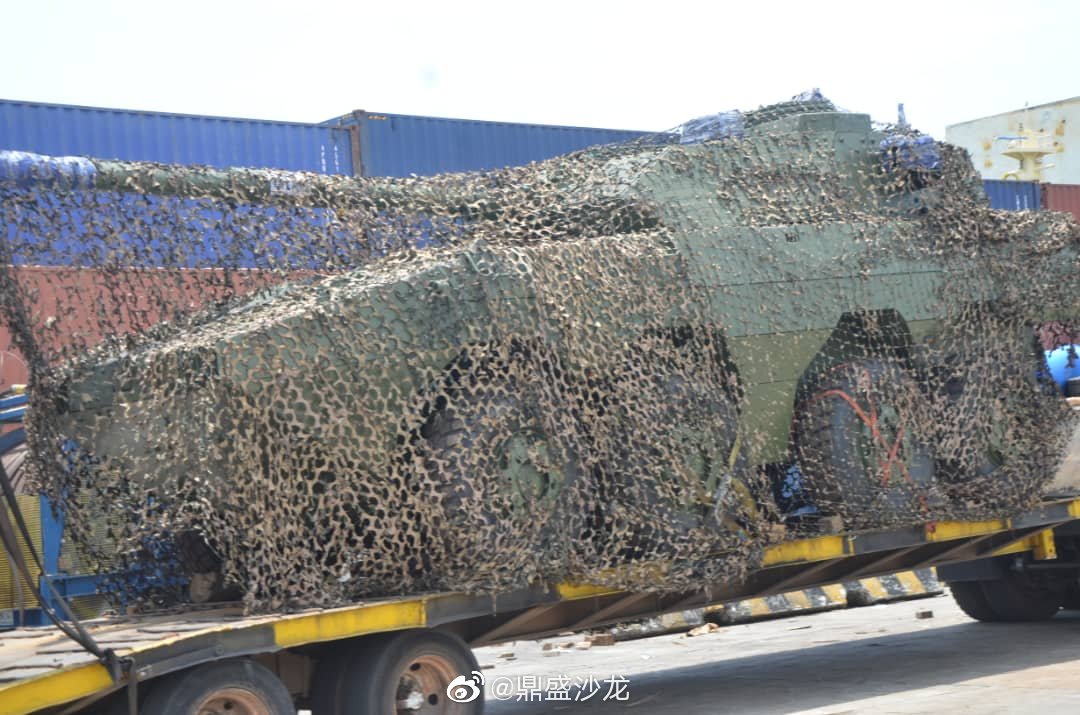 Registered Member
according to big shirmp on weibo the VT-4 deal with pakistan is worth 10 Bn USD.
D

drowingfish said:
according to big shirmp on weibo the VT-4 deal with pakistan is worth 10 Bn USD.
Click to expand...

Could possibly be part of the deal from 1998 MBT-2000 deal on SIPRI list posted below. Note that deal not fully fulfilled yet. Hence may not be a new deal.

Kaplan has less hull armour than Type 15, no ERA, probably less turret armour just based on weight comparisons. Kaplan has a 700 horsepower engine compared to the Type 15's 1000 horsepower. Kaplan has a 105mm like the Type 15... no indication on material, chamber pressure, muzzle velocity of...
www.sinodefenceforum.com
Last edited: May 1, 2020
R

Don't be confused, that "additional armour" is the sheet on top of the FY2. The newer VT-4 for Pakistan seems to lack the layer of ceramic, with a layer of thin metal on top of the FY-4 instead. (like 96A/B) 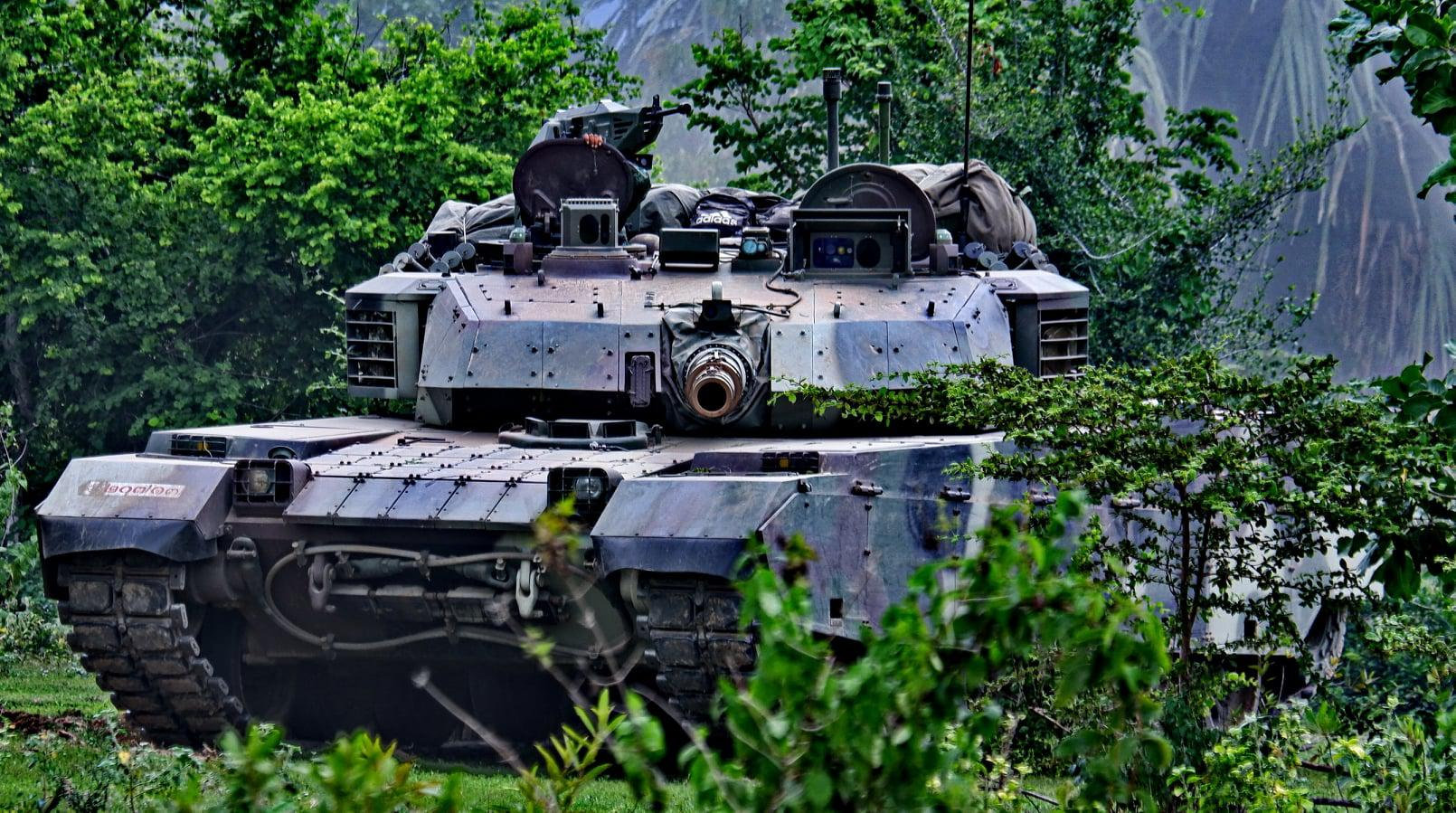 The Adidas bag makes the shot.
You must log in or register to reply here.